After months of failures suddenly Ewan was starting to find out first hand what fortune and fame felt like.

A few of his auditions eventually bore fruit, money started to roll in, and instead of having to go polish doorknobs looking for roles, agencies began to contact him, he joined one of them and suddenly he was going to auditions frequently.
Good ones, too, for decent roles, not to mention decent pay. And he nailed them every single time. 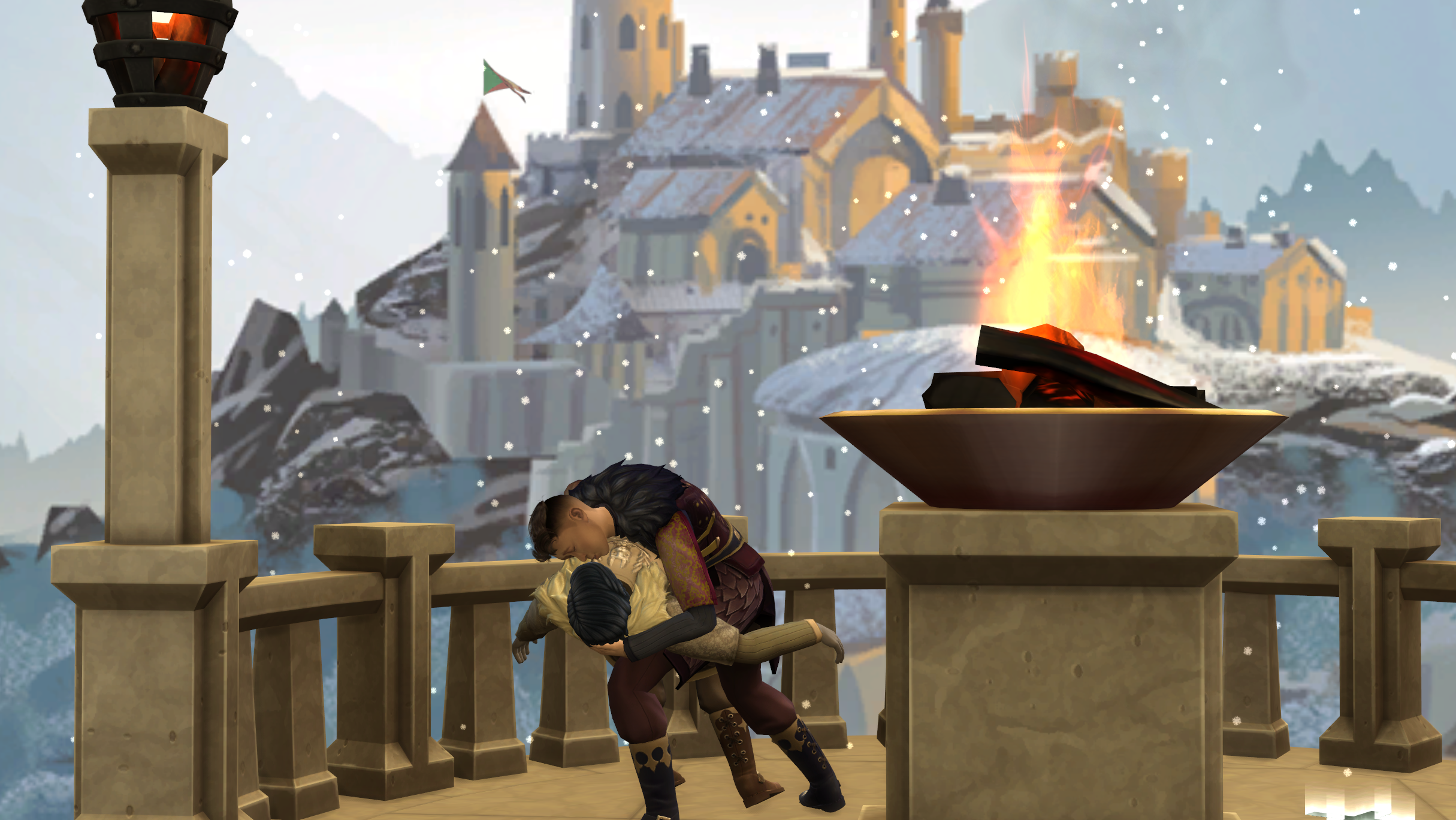 Soon he was nominated for – and won – three Starlight Accolade awards for his very first round of big roles, at the age of barely 23! 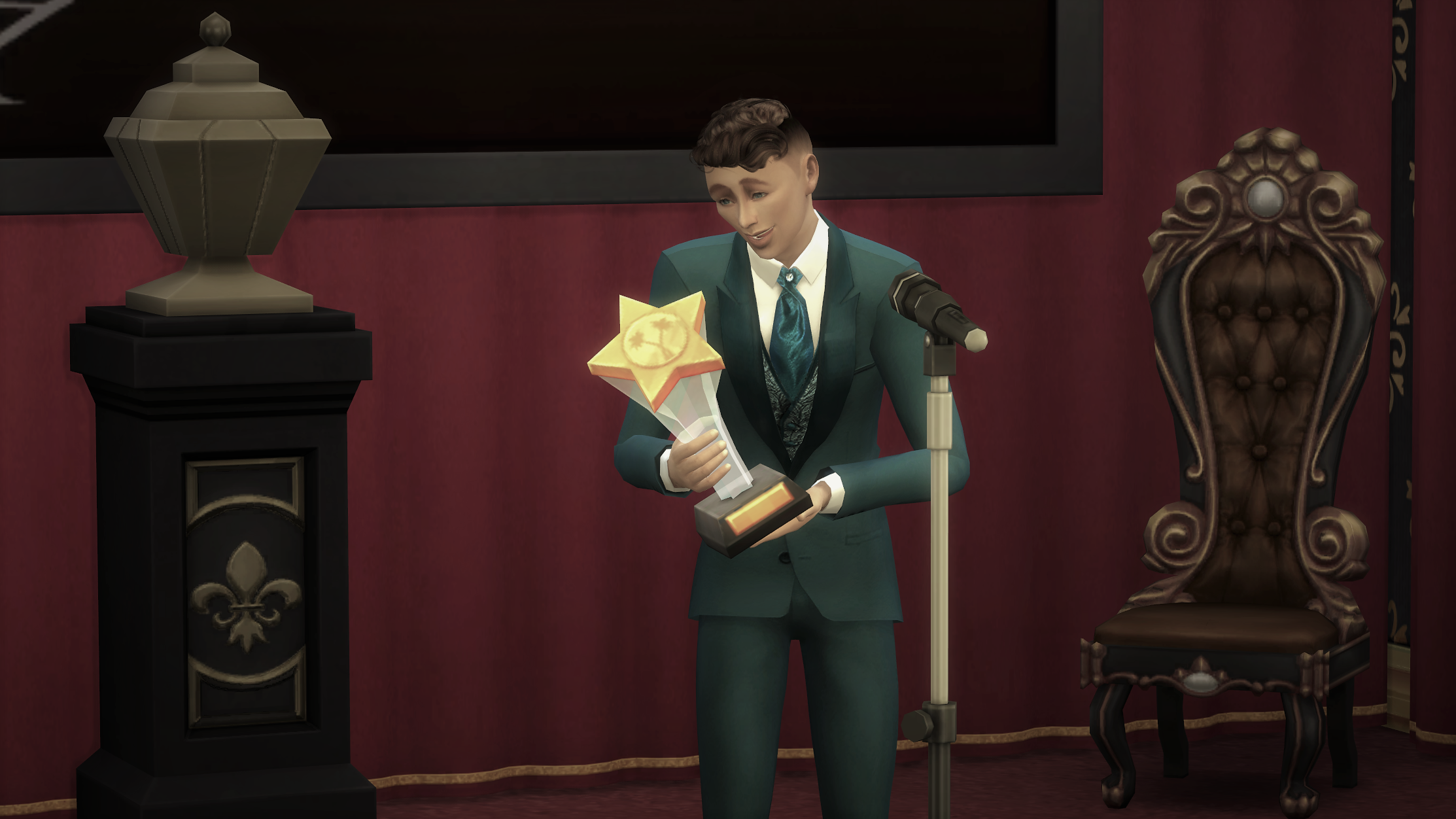 And with it came the groupies. Fangirls. Not like Ewan had reason to complain of a shortage of female attention before, there had always been a steady flood of interested ladies ever since he was old enough to look at girls as more than just friends.

But now it was different.

Instead of him having to gauge what the right things to do was to get into the girl’s favor, they now came up to him. They literally threw themselves at him, ripe for the picking! Even when he was just out at a dinner or a club, they were starting to recognize him. Squealing, cheering, fanning themselves, taking Selfies with him, bombarding him with phone numbers and other not uninteresting offers.
And paparazzi. After HIM! Oh yeah! 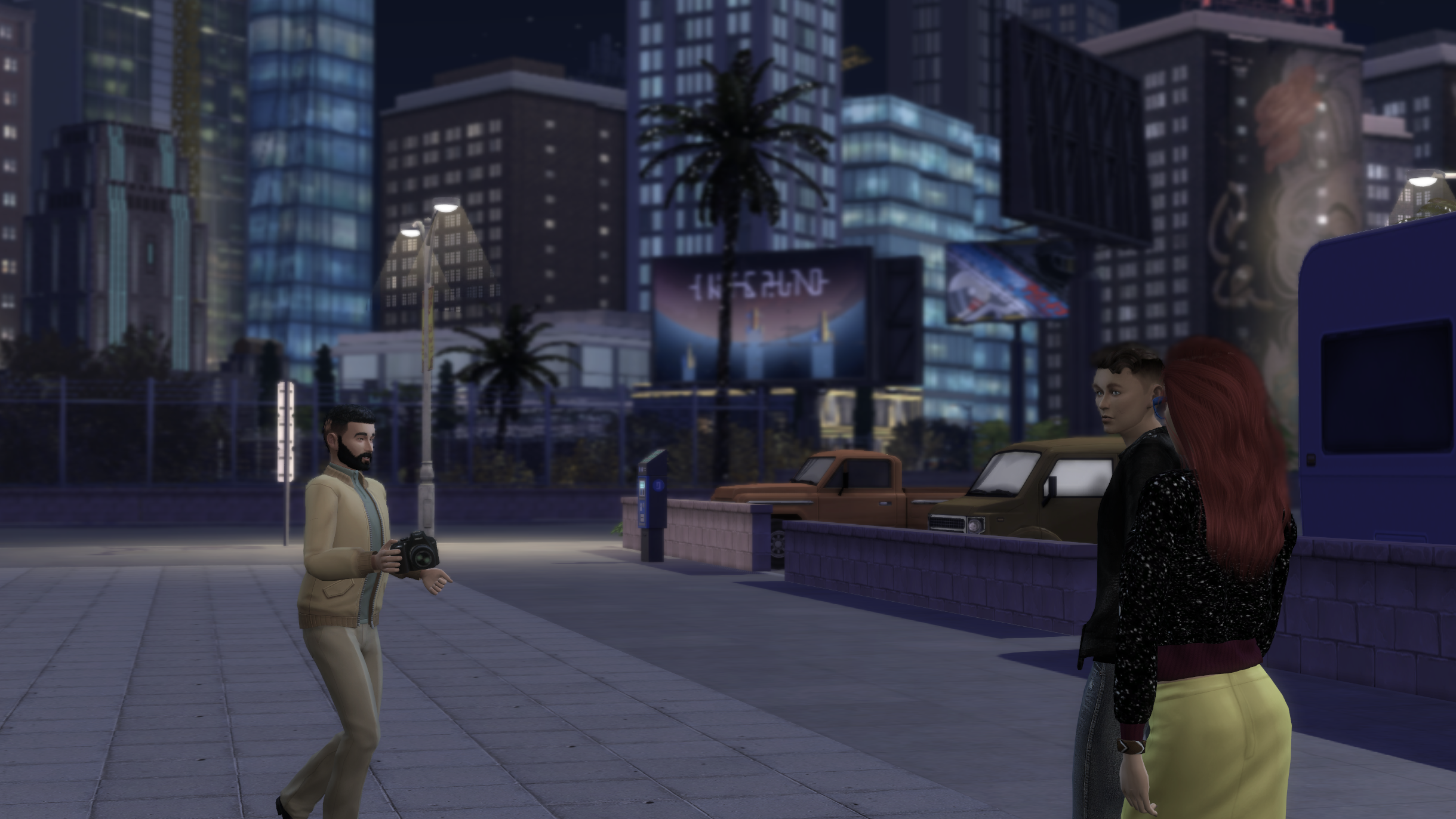 He enjoyed it. Which single, healthy guy in the prime of his life wouldn’t?

And he took a lot of the women up on whatever they were willing to give. He was smart enough not to take them to the tiny crappy apartment he still shared with Eric and Hannah, but after they finally moved to a significantly nicer one, oh yeah, he had someone new over almost nightly.

Hannah was disgusted by him for this, and Eric was annoyed by constantly having strangers coming and going, causing him to feel like he needed to hide all the time, even in the sanctity of his own home.
The only reason they both put up with it was that Ewan now brought in the majority of the income and without him, they would not be able to afford the new, nicer and very pricey place at all, neither of them wanted to go back to the old apartment, nor could they afford their own, let alone wanted to be alone in this strange town. 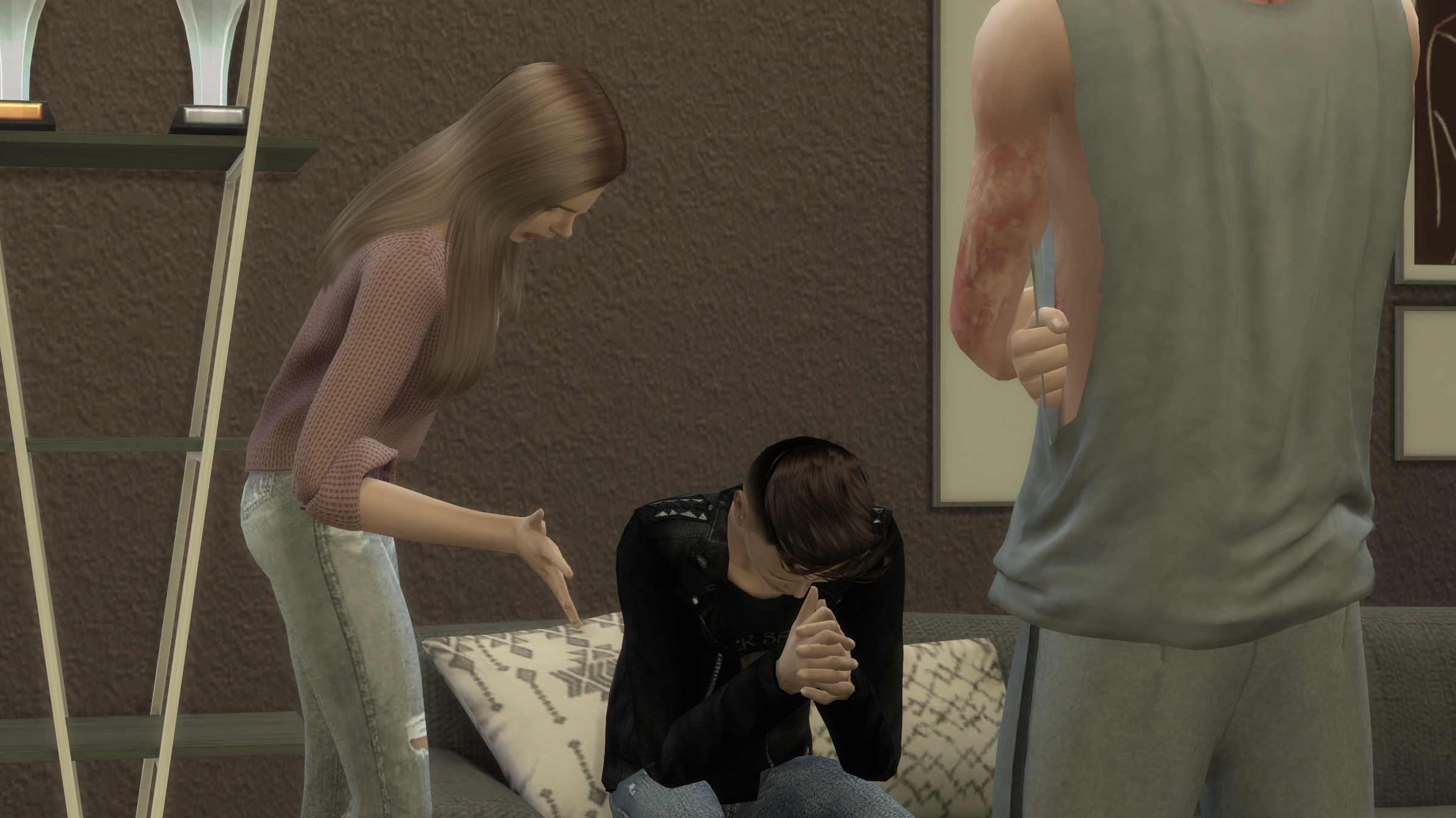 Hannah and Eric’s heart to hearts with Ewan about having to be careful about his reputation, diseases and unwanted pregnancies fell on deaf ears.

“You are lucky that I care so much about you, or I would not even speak to you anymore. You are totally disgusting. Nasty!” Hannah grimaced.

“Not the reviews I usually get. Pretty much the opposite.” Ewan smirked. 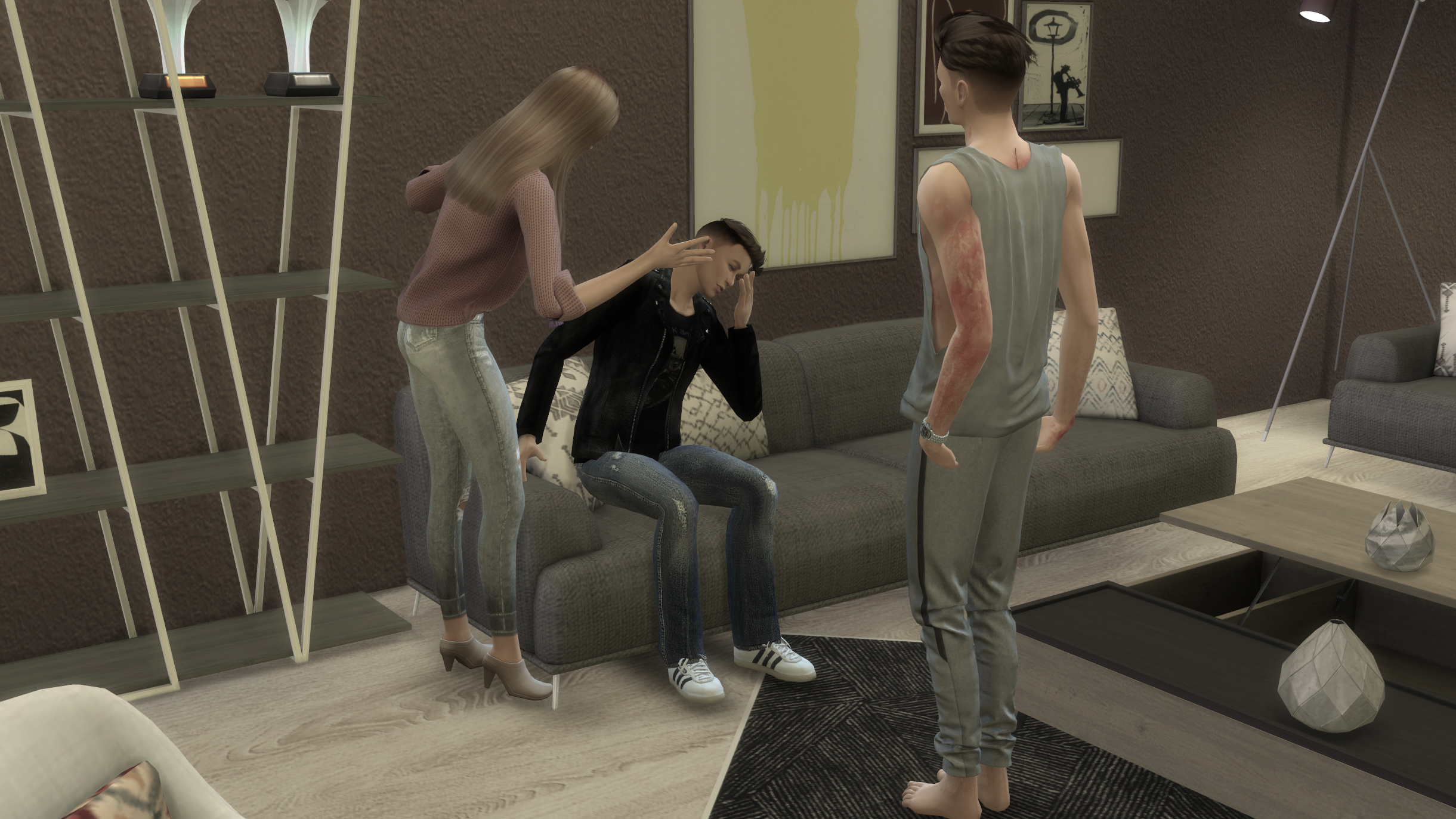 “Don’t you want someone steady? Like a real girlfriend? Someone to plan a future with?” she asked him.

“You mean like you and your fossil of a lover? I bet he sat behind Jesus in high school, and a row over from his wife and her pet dinosaur. You know, the wife he already planned his future with around the time they invented papyrus.” Ewan mocked, making Eric choke on a cough, trying not to laugh because this could never end well. 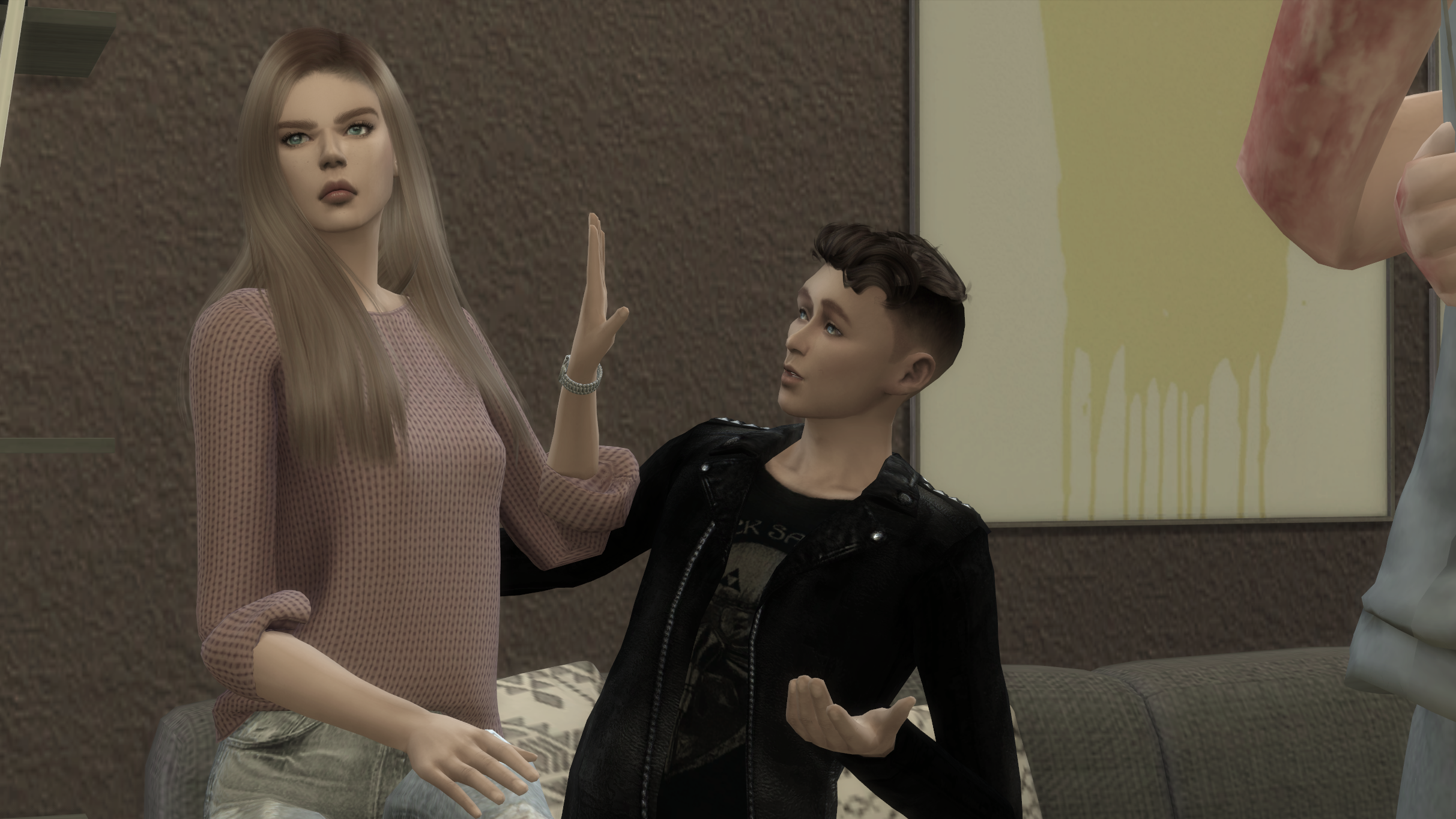 “You are a goddamn asshole, Ewan Cameron! I hope you catch every single veneral disease known to mankind and your twig and berries rot off while you get slammed with a hundred paternity suits!”  Hannah hissed, before she ran into her room slamming the door.

“Oops. Probably the wrong time of the month to be real with her.” Ewan evalutated dismissively. 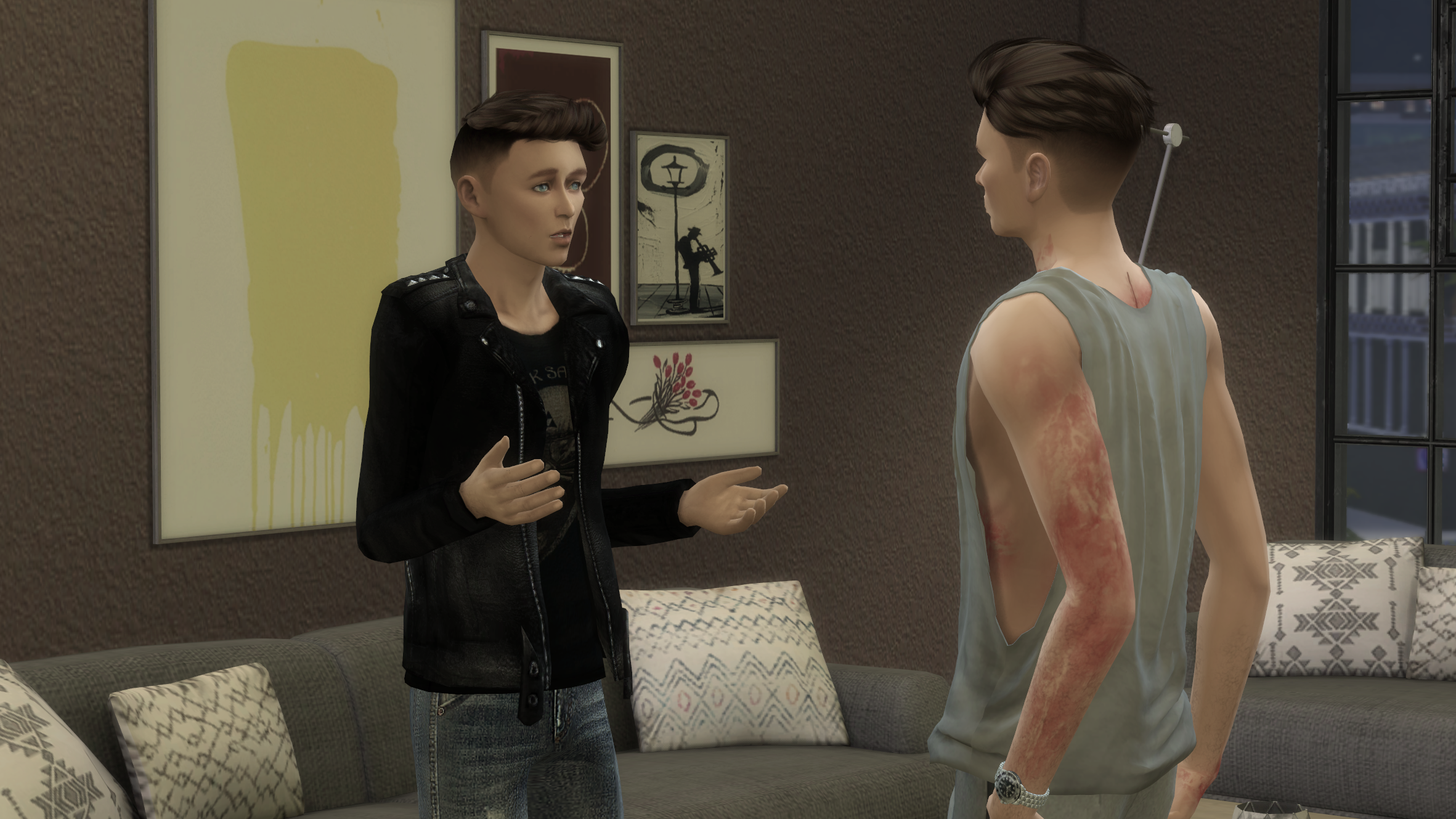 “No, Ewan. You were being a moron. Why did you have to poke her about that – again?! We both know she is doing something stupid, but she loves that man and it doesn’t matter what we tell her, all it will do is make her angry. All we can do now is be there to catch her when the inevitable happens. This is not something that should be used for ammunition to deflect from your own issues.” Eric gave it to him straight as usual.

“My issues? Look who is talking now. But while we’re on topic, when are you going to pull your head out of your ass about Charlotte? She is some hot piece and won’t sit on the shelf for long if you just stand there drooling over her. Shit or get off the pot, dude.” Ewan shot back, also being truthful, but it was the wrong thing to say at the wrong time.
Eric’s face darkened.

“Hannah is right. You really have turned into the greatest asshole! Fame is starting to go to your head!” Eric rarely cursed but did now, before he rushed into his room, also slamming the door shut behind himself. 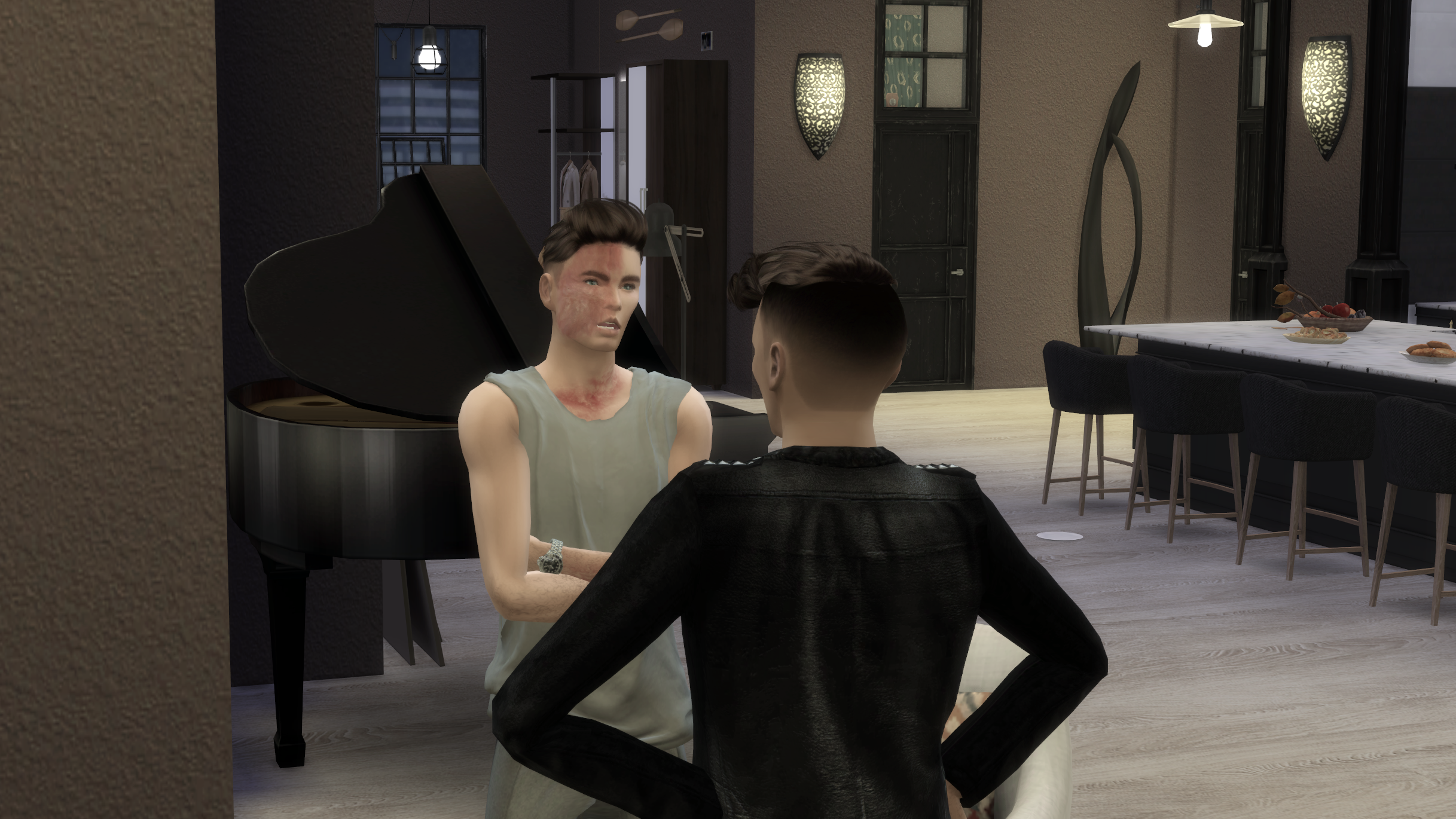 All Ewan changed was the frequency of how often he brought someone home, and usually he would text Eric beforehand. He didn’t want to upset his friends, but also didn’t feel the need to change his ways when they had enough of their own shortcomings to worry about first.

Hannah and Ewan’s friendship was put to the test one night not long after that fight. Ewan had a girl over when Hannah came home. She wasn’t alone this time either – but with JP! And she was all over him. Demonstratively so. 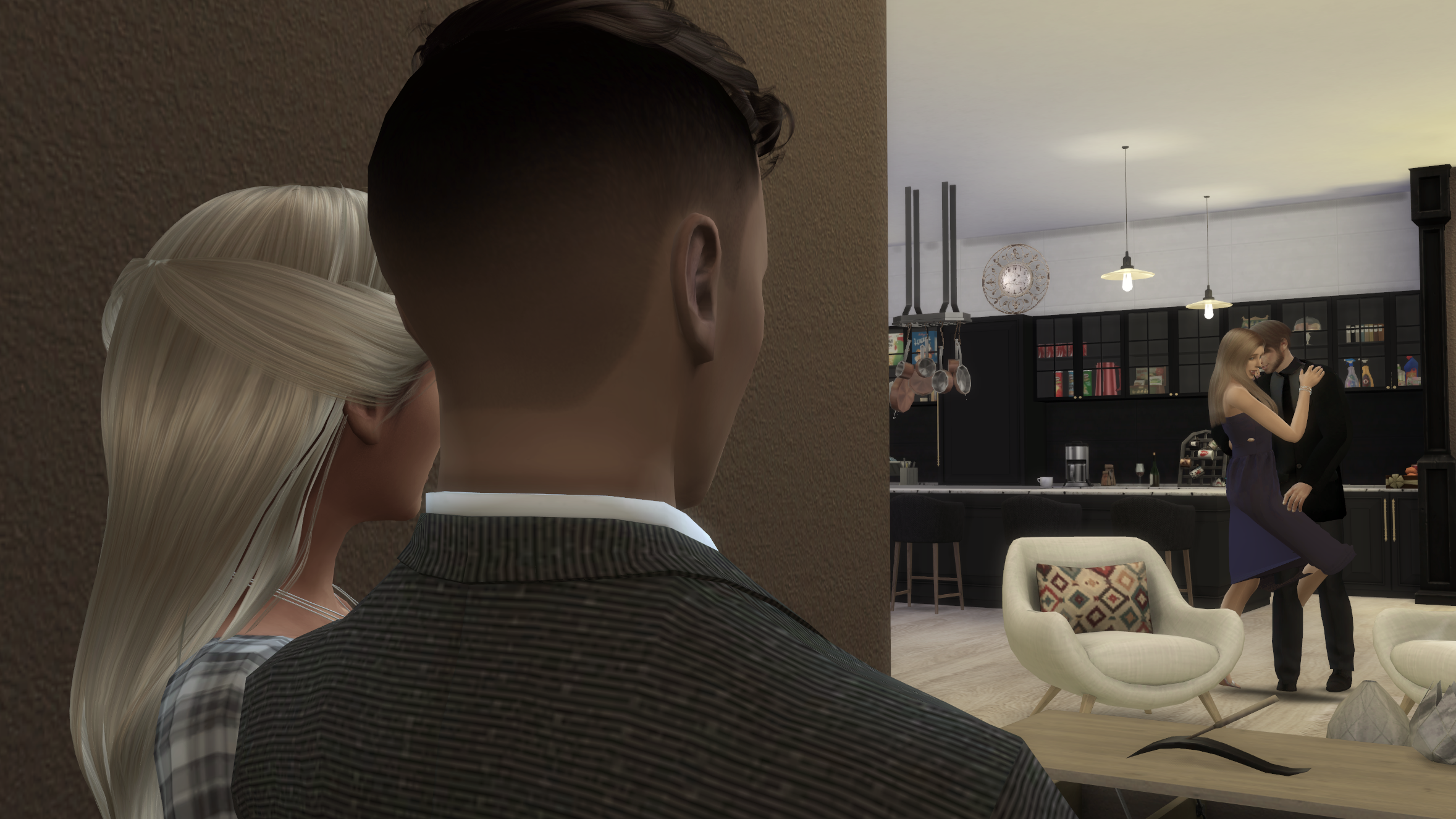 Both Ewan and Eric had seen pictures of him, so Ewan knew who that was. Being intoxicated did not help improve the situation.

“Ah, the cradlerobber. Welcome to my humble abode.” he slurred, which did not mask the sarcasm in his words. 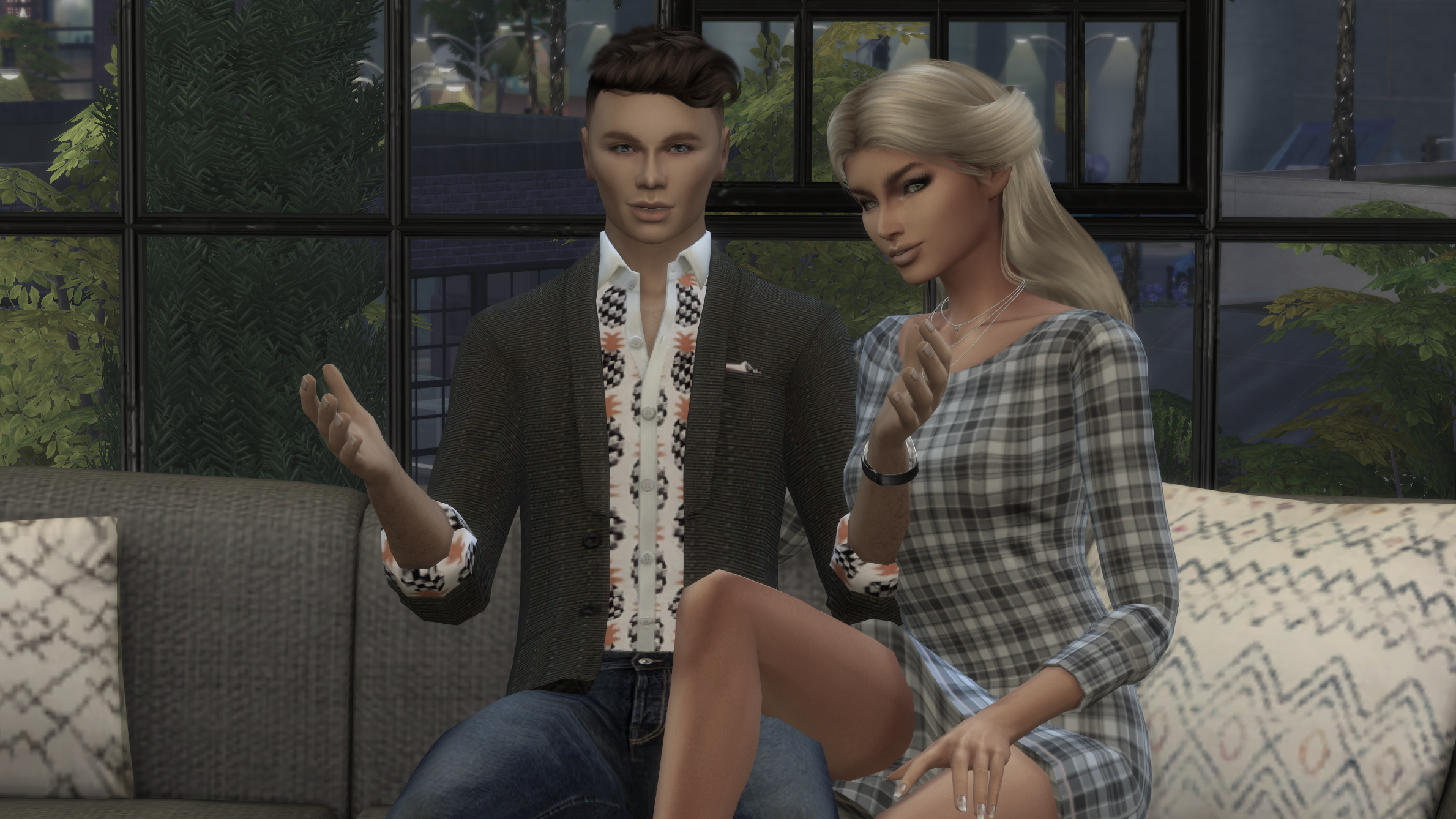 He looked at her, then at JP through narrowed eyes, but really did let it go, diverting his attention to what appeared to be his flavor of the night.

“Do you want something to drink, baby?” Hannah purred, which commanded Ewan’s attention again.

“Oh my God! BARF! Even the extras we hire to just walk around in the background on set for some takes can be more convincing than that steaming diarrhea running from grandpa Frenchie’s cake trap!” Ewan had jumped up and wass almost spitting the words at them. 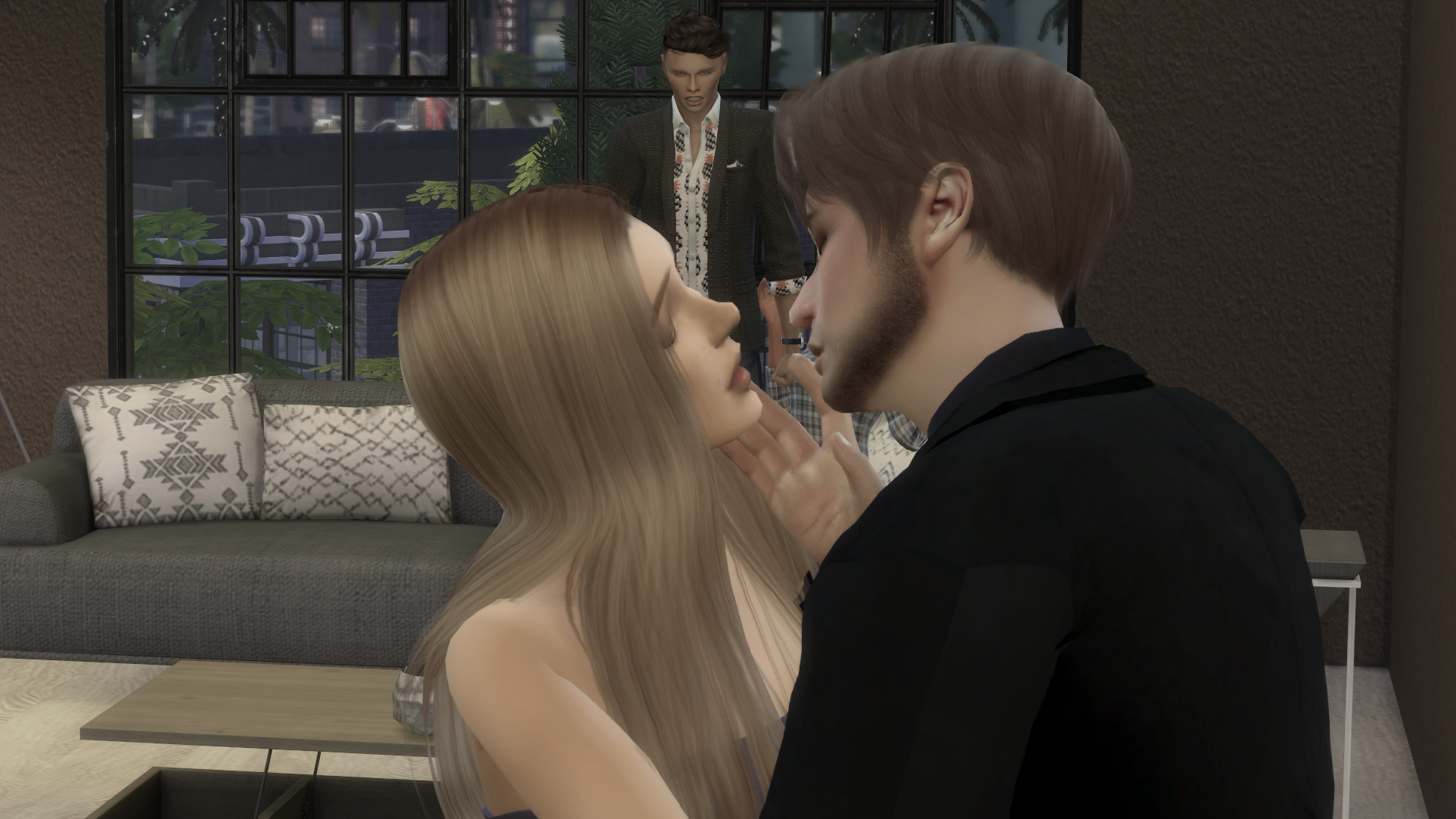 “You’re right, not worth it!” Hannah agreed.

She glanced at Ewan, a dismissive glance at the girl on the couch, before she turned to JP and kissed him in an almost x-rated way.

“What the FUCK!?” Ewan raged, and before Hannah knew it, he had pulled JP from her and planted a powerful punch, which sent JP to the ground. 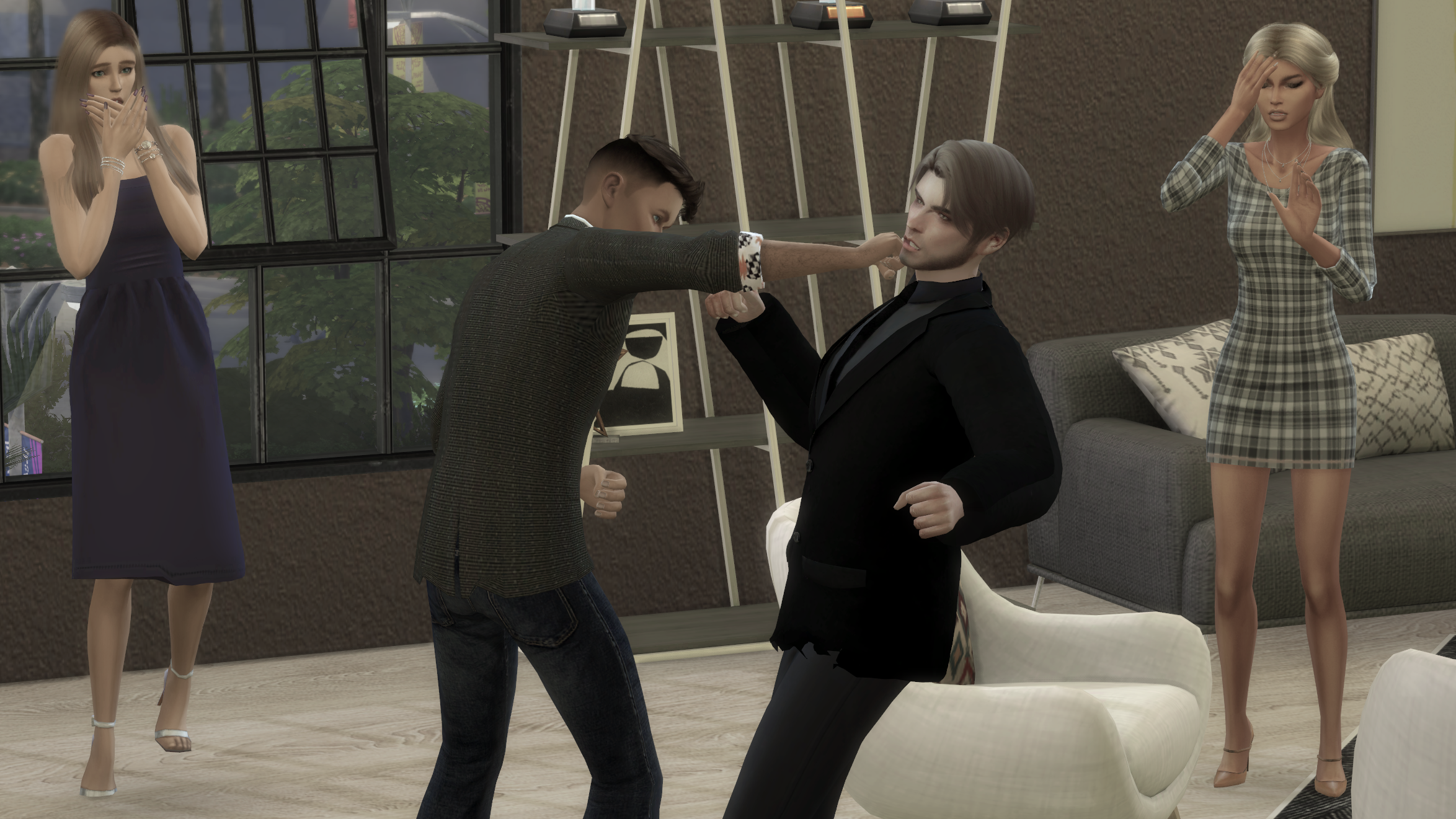 Hannah screamed, as did the girl.

“What have you done?!” she exclaimed.

“Was this you?” he asked Ewan angrily, pointing at JP, trying to scramble into a seated position while rubbing his jaw.

“You bet your ass it was!” he growled back.

Eric bend down, patting on JP’s cheeks to wake him from his apparent daze.

“What the hell is wrong with you, Ewan?!” Hannah yelled at him, who stared back just as angry as she glared at him.

“What’s wrong? I’ll show you what is wrong!” he pulled her along with him into his room. 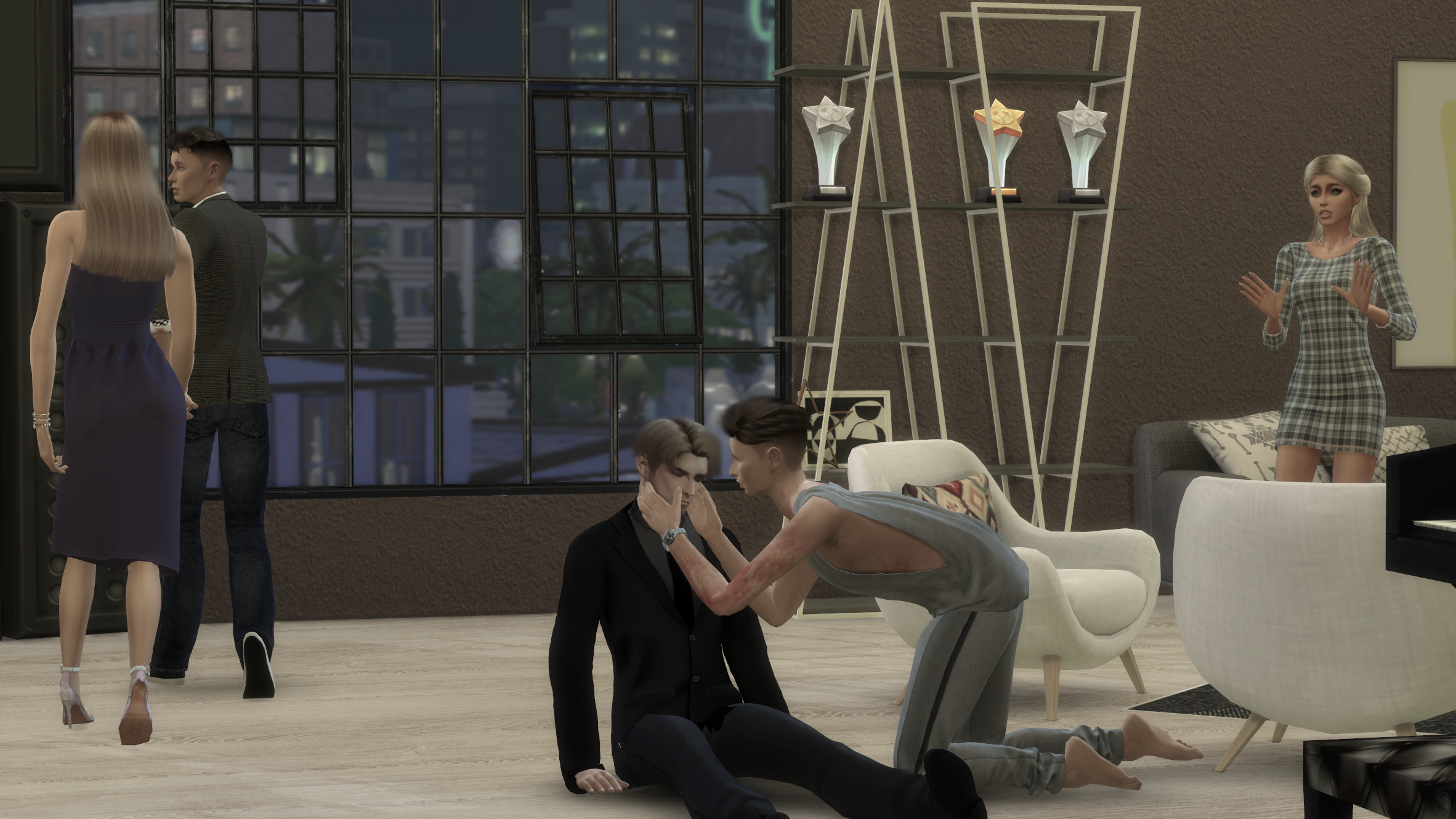 Once arrived, he slammed the door shut, gave her a very strange look – and kissed her hard, demanding, passionate.

Stiff with surprise Hannah let him, and by the time she realized how wrong all this was, how much his breath reeked of alcohol and pushed him away, she also realized he had been going along with it for just that moment too long to claim it completely unsolicited. 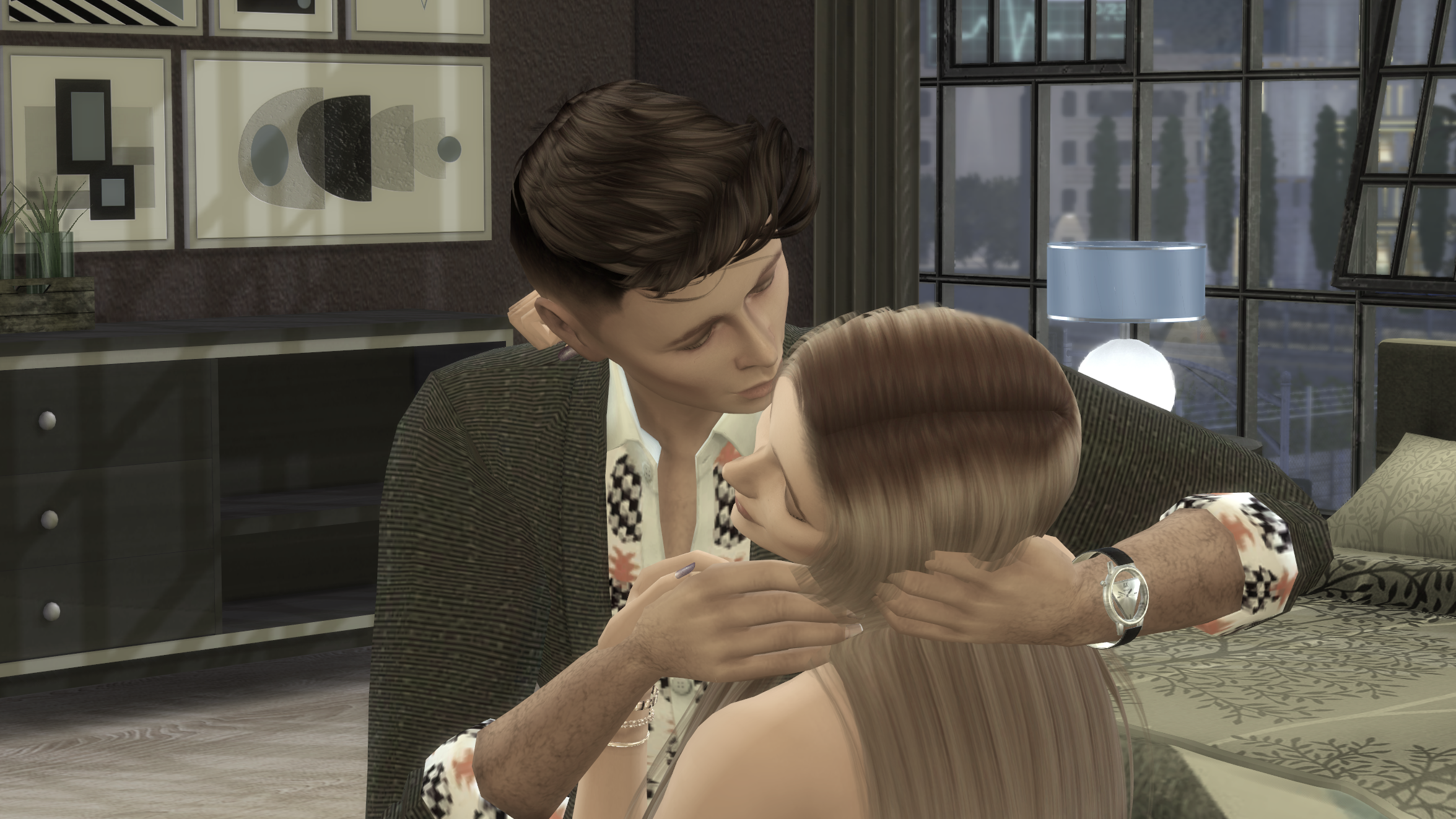 “What the hell are you doing, Ewan?!” she said horrified anyway.

“Don’t dare tell me you didn’t want this too!” 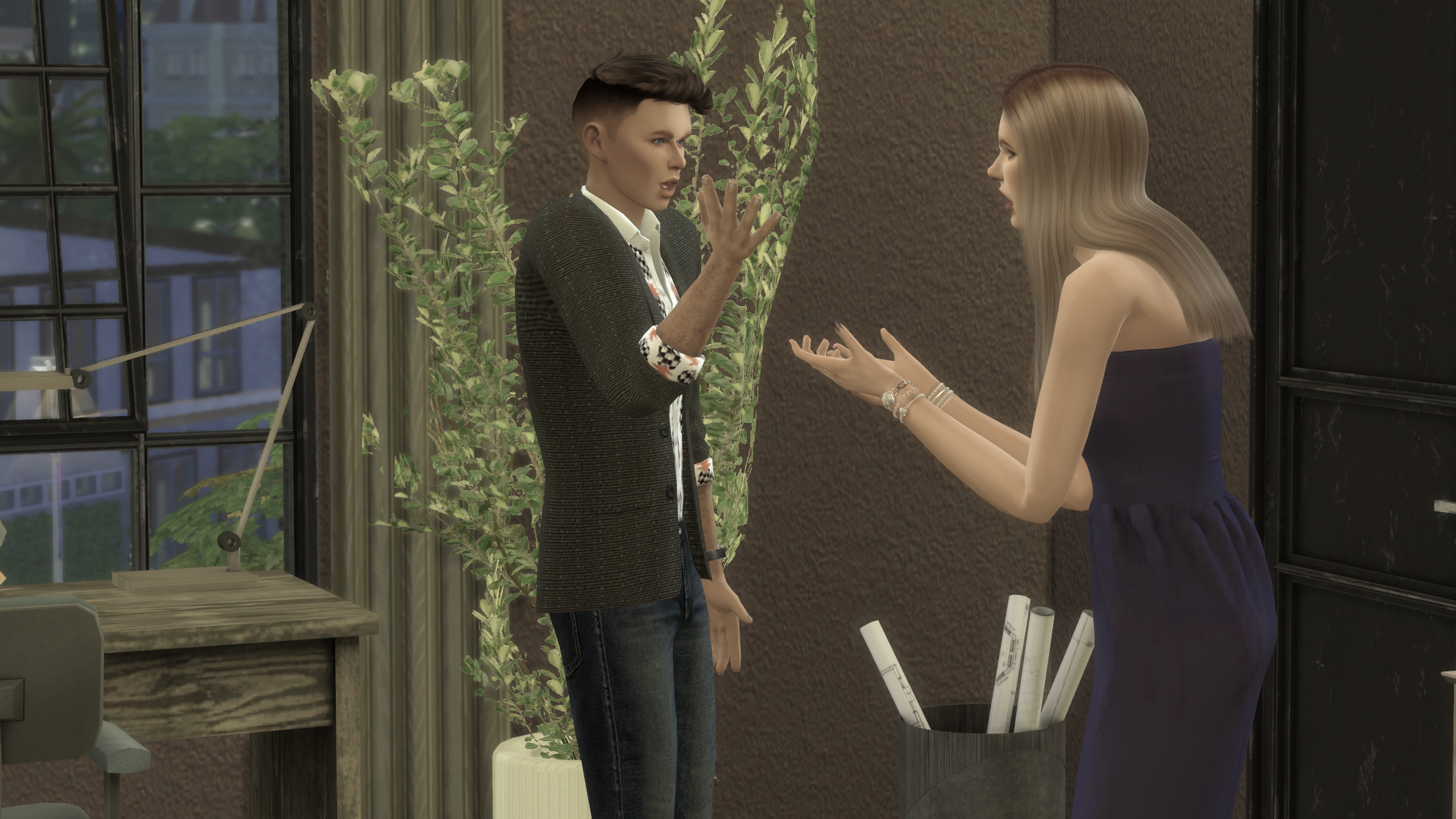 “We are so distantly related that no court in the world would have a problem with this! You don’t love that old fuck any more than he loves you. Wake up Hannah! I did! I figured out what was wrong with me. With both of us. We both want this.” Ewan insisted.

“Oh my God, Ewan, you are insane! I don’t love you! At least not like that. I love you as my friend, and my great-uncle, that’s all!”

“Lies! Look me straight in the eye and tell me again that you do not really love me. Like that.” 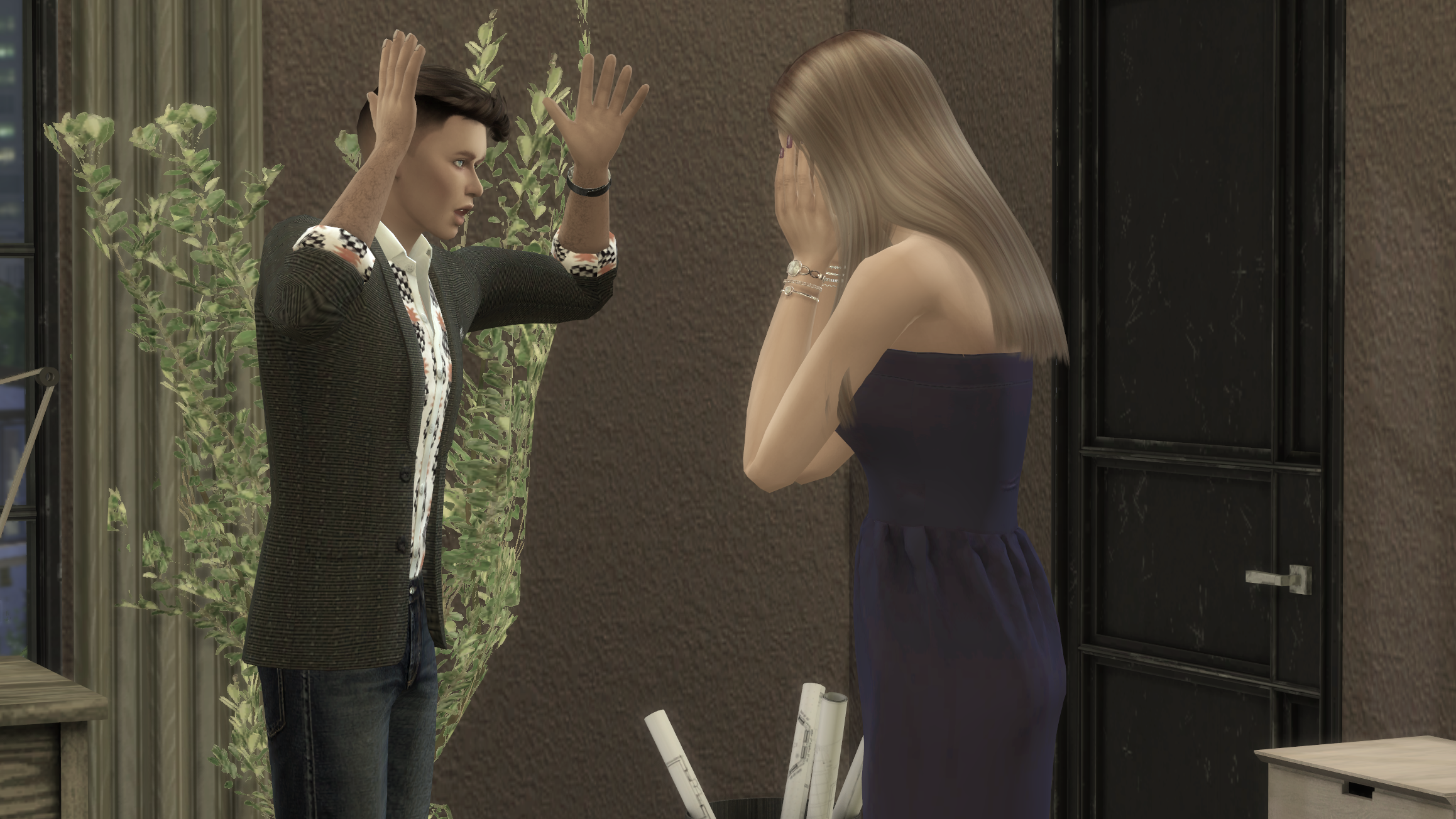 Roughly he pulled her closer to face him. Again she was engulfed in an almost sickening aura of alcohol on his breath.

“Are you two okay in there?” Eric’s voice came through the door.

“Not now, Eric!” Ewan yelled back at him.

“Ridiculous!” Ewan let go of her immediately, just turned and left, opening the door so hard he almost ripped it from the hinges before running right into Eric who bounced off Ewan due to the force of movement, stumbled and fell to the ground, watching the door to the apartment slam shut. 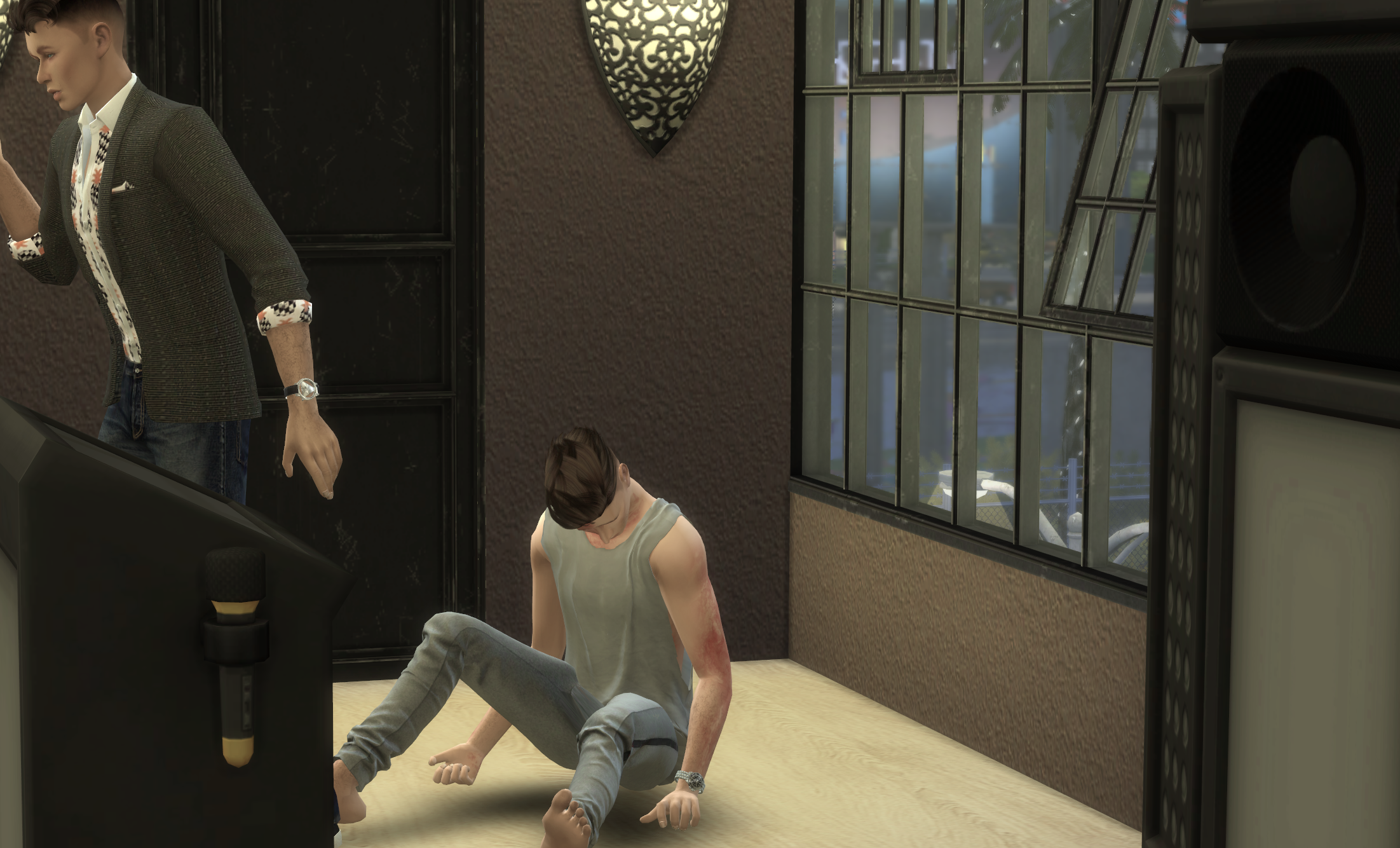 Ewan stayed gone all night and didn’t come back until late the next day.

Eric tried talking to him, but as soon as he mentioned that night, Ewan got very upset, so Eric dropped it. He knew something had happened between Ewan and Hannah, something had been said and it changed the entire dynamic of the trio for a while.

From then on Hannah barely ever mentioned JP anymore and would hide in her room whenever Ewan brought over a girl.
Ewan started seeing the same one exclusively now, and seemed to make it a point to parade their affections in front of Hannah, who seemed uncomfortable.

To add insult to injury, it was hard to ignore that the girl could pass as Hannah’s sister. 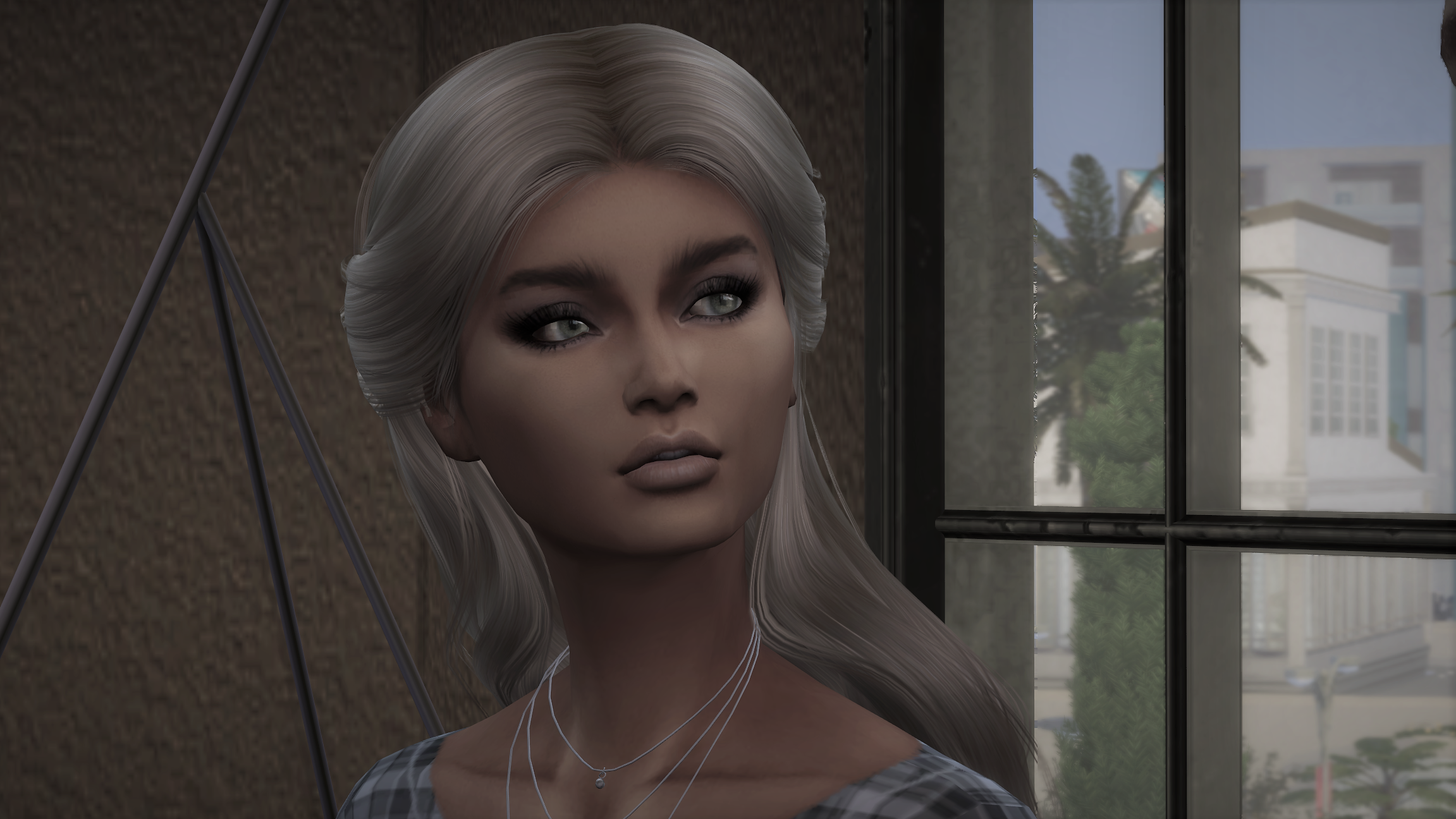 EN: The blonde hottie is courtesy of Hillary (Gallery ID hillybeth29). I only helped her a little bit with some Alpha CC so she would blend in.