One change always leaves the way open for the establishment of others.
~Niccolo Machiavelli

Chase looked into the mirror, again, had to be the five hundreth time, and that was only counting since he had been alone, after his father left a few minutes ago to check how much longer they had to wait till the wedding would start. Chase realized his hands were sweaty and shaking, matching the knot in his stomach and the jelly in his legs. 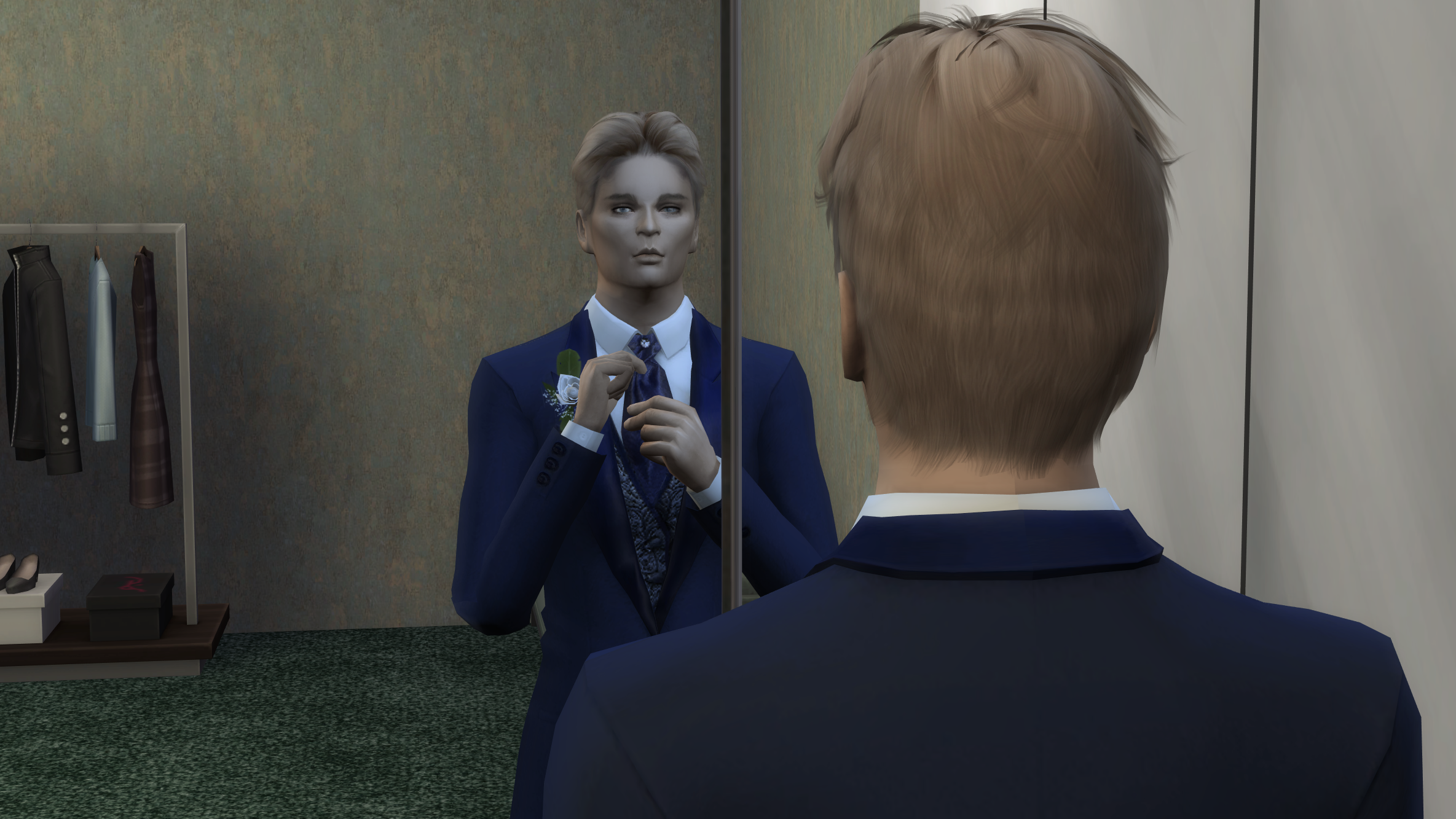 Why in the world was he so nervous?
He loved Shea, he had been living with her for years and she was expecting their child. Still early enough that she wasn’t showing yet, but still, she would make them parents eventually. Too soon and not soon enough.

So what was he afraid of?
Her saying ‘no’ at the altar? Highly unlikely. They both agreed on this date and place and both were more than ready to officially be husband and wife.

Afraid he’d say the wrong thing?
Well, he was quite confident he could manage out an “I do” even in adverse circumstances.

Afraid of falling on his face?
The only guests were their families. They knew him at his best and at his worst and they still all loved him.

Maybe all the pregnant women were a little too much for Chase.
Everybody was currently pregnant it seemed. His best friend Charlie had to miss his wedding at the last minute because his wife Natalie had gone into labor just hours ago. Maybe that’s why he was nervous. At least five of the guests in attendance could literally go into early labor any minute.

And then it was time. His dad came to get him, Blake gave his son a big and very long hug before they left the room. 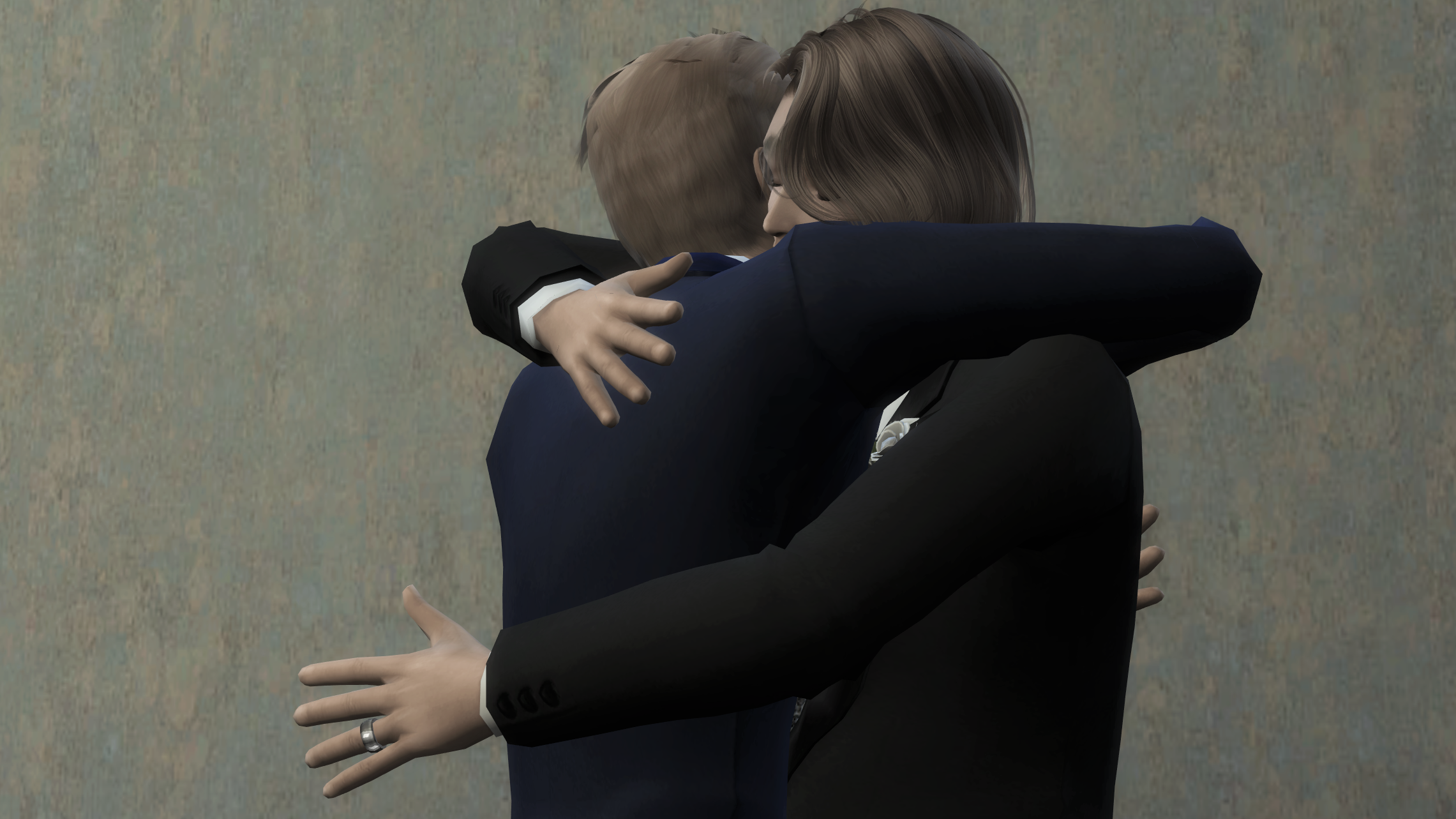 On shaky knees Chase continued the rest of the way to the altar without Blake, who went to sit next to Hailey.

Because of the aforementioned fact that almost all the women they knew seemed to be currently pregnant, including Shea’s sister and sister-in-law, they had decided to forego bridesmaids and groomsmen altogether. Just them and the minister at the altar.

And then the music changed. Showdown. 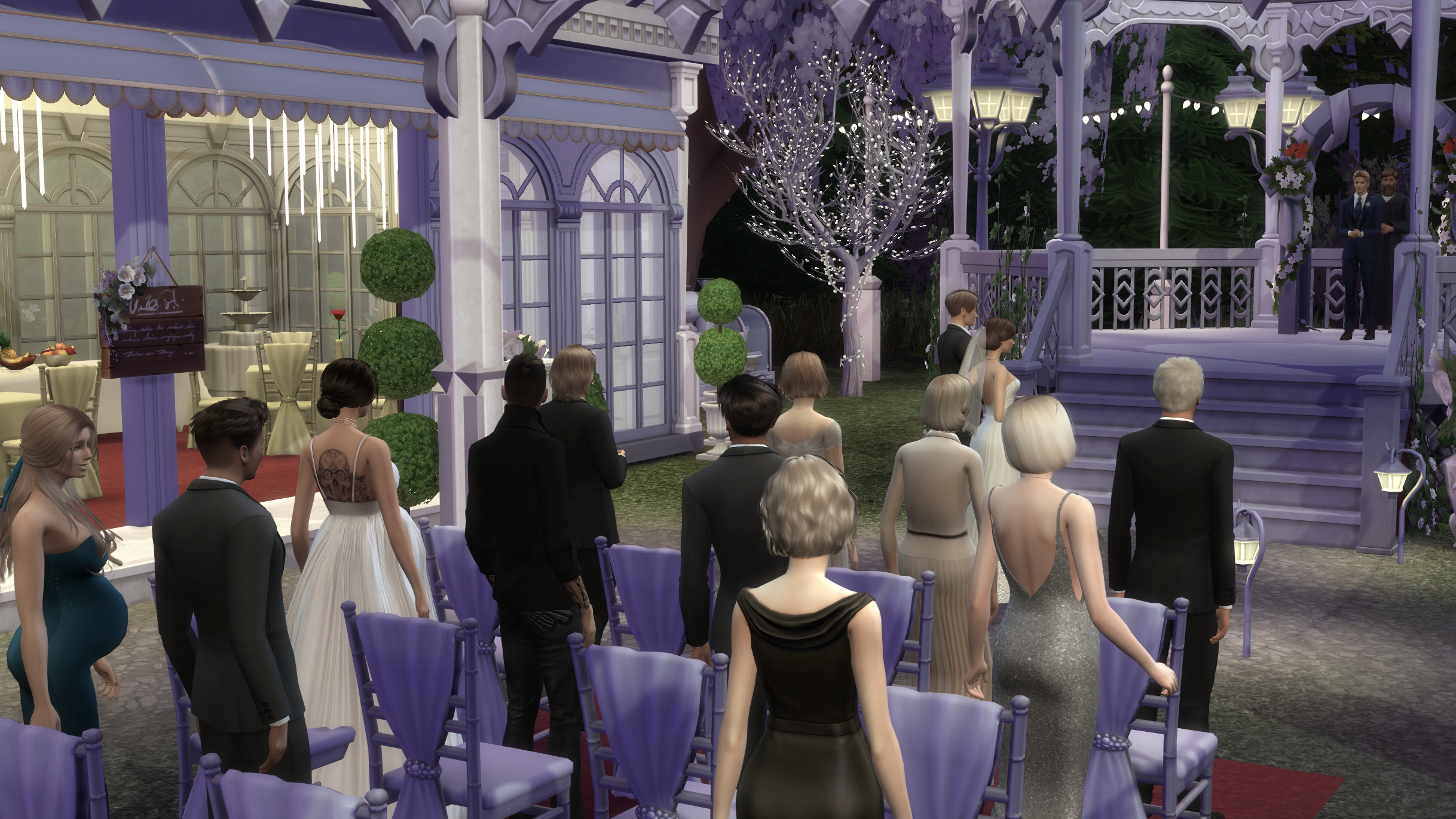 Shea was walked down the aisle by her father. 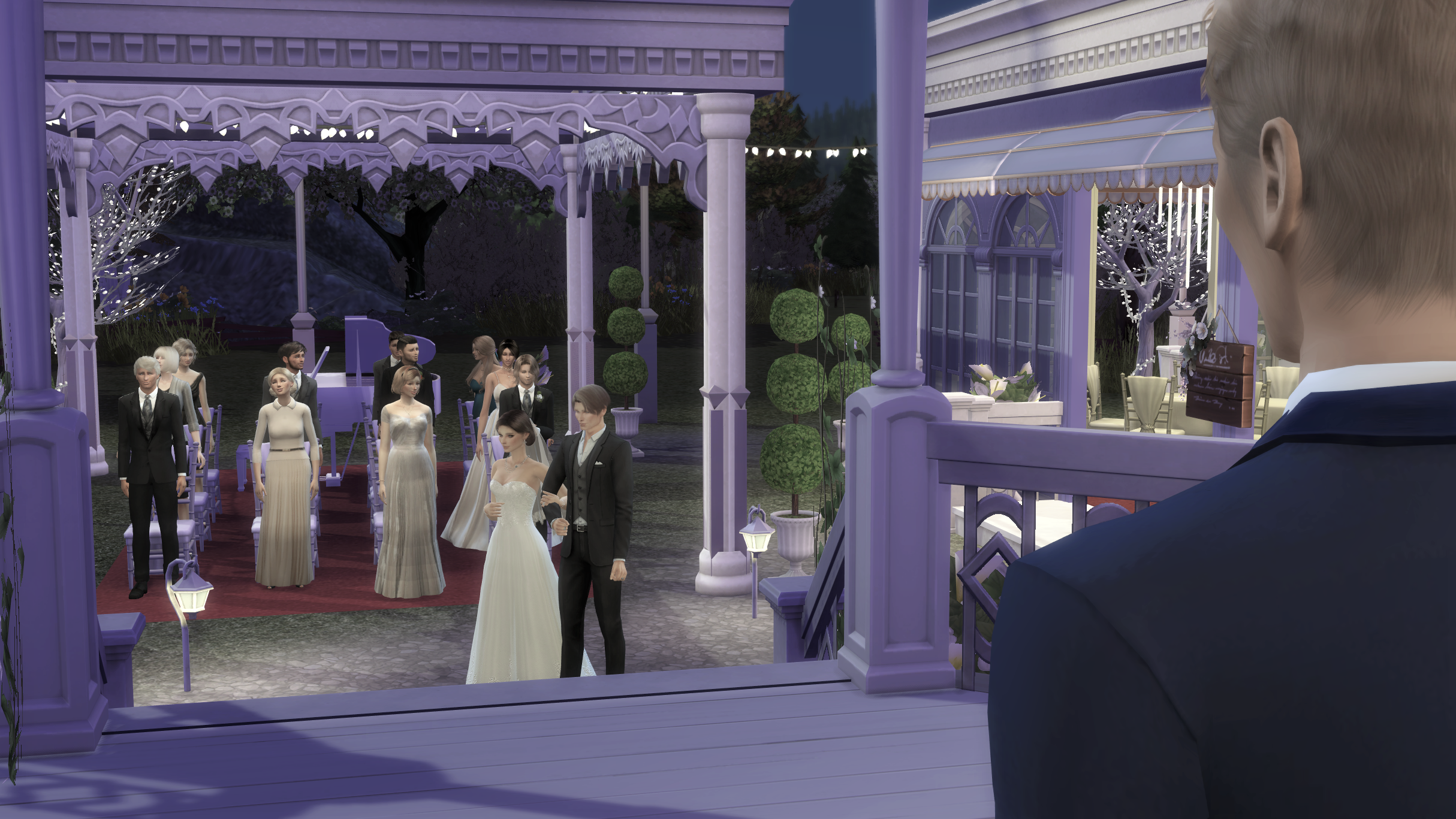 Once Jude Manning gave her away to Chase the two of them smiled and Shea squeezed his hand, holding it briefly, and he could feel she was trembling too.

The ceremony began, but was halted quickly 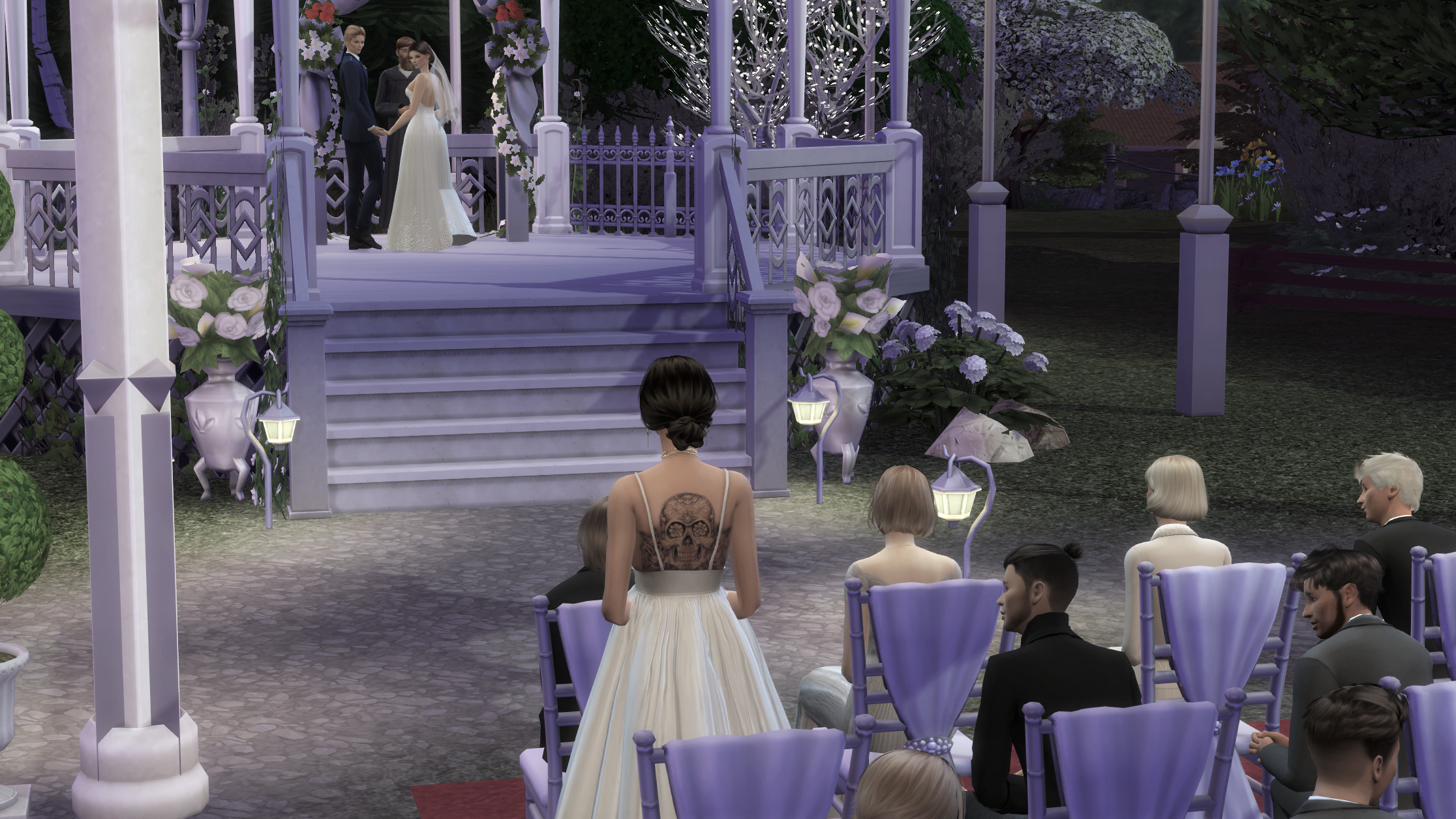 All eyes were now on Briar Rose standing up.

Uh oh! Chase thought. She was having her baby! Now. Yikes!

“I am sorry, Miss?” the minister asked.

“I don’t know where the part is where the audience gets a say, but I need to interfere. Come on Stryker, get up!” 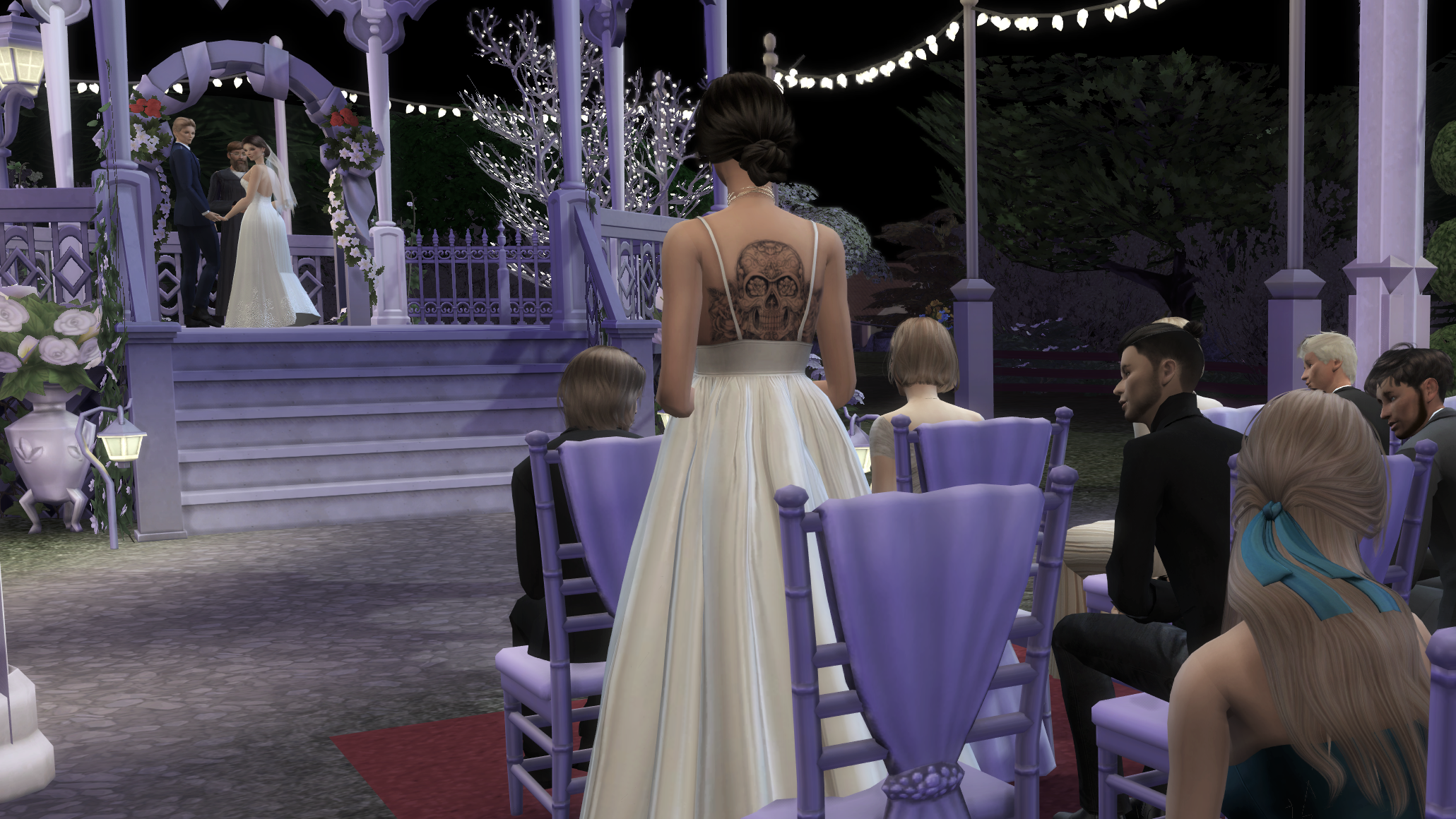 She pulled an utterly surprised Stryker up off his chair.

“Chasenator – and Shea – Stryker and I would like to tag on to your special day, if that is okay with you.”

Nobody said a word, nobody could say anything, but all stared on in awe.

“Uh … okay. Sure.” Chase glanced at Shea, who smiled, shrugged and nodded, so he nodded too.

And then the ceremony became a double-wedding. First Chase and Shea, then Stryker and Briar Rose, even though the officinating priest looked taken aback all the way through. 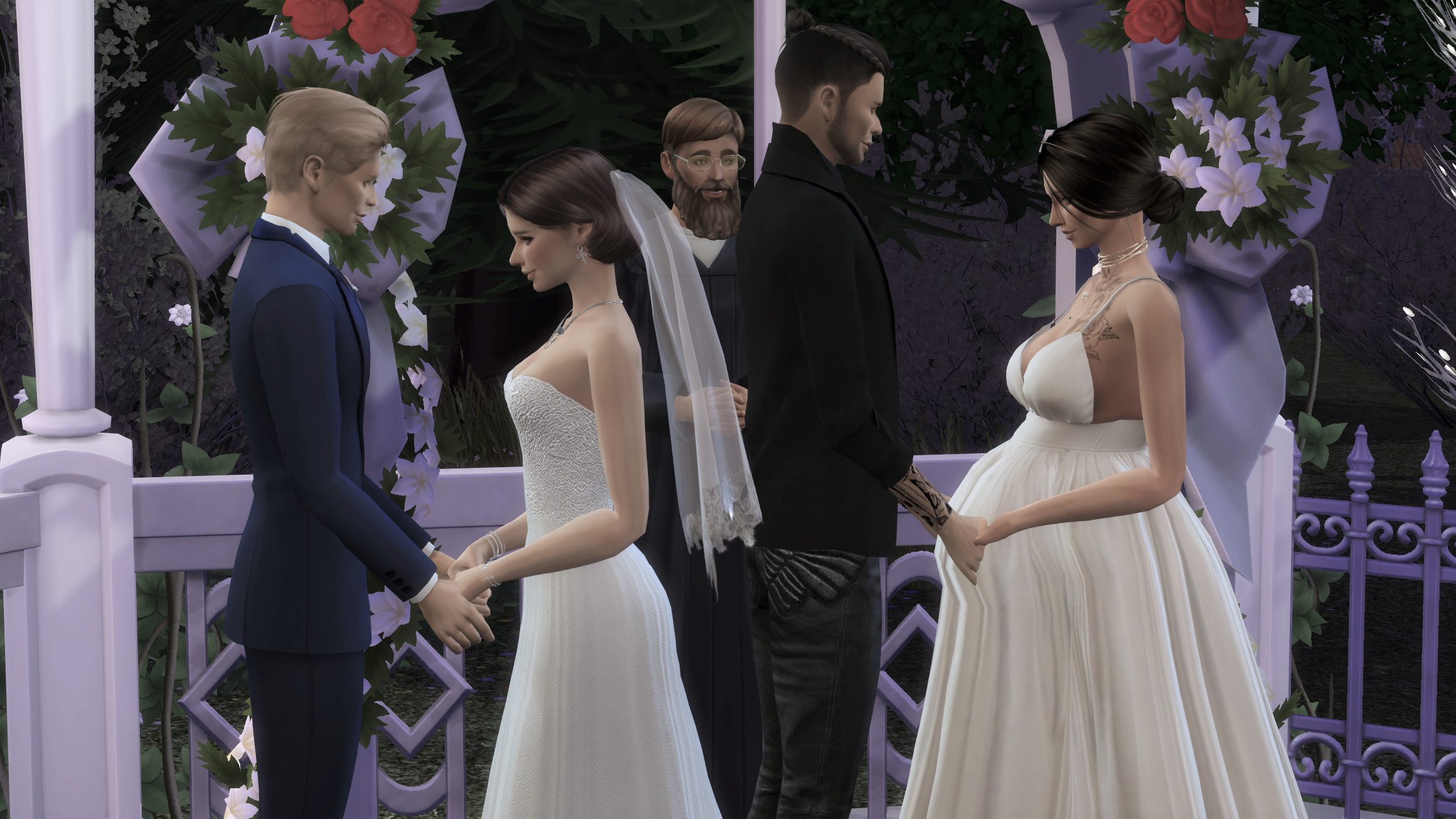 “Oh for heaven’s sake … . I’ll do it! Yo bitches we are hitched! Mr. and Mrs. Jake O’Connor in da HOUSE!” Bri yelled and everyone applauded and laughed as all four presented their first kisses as married couples. 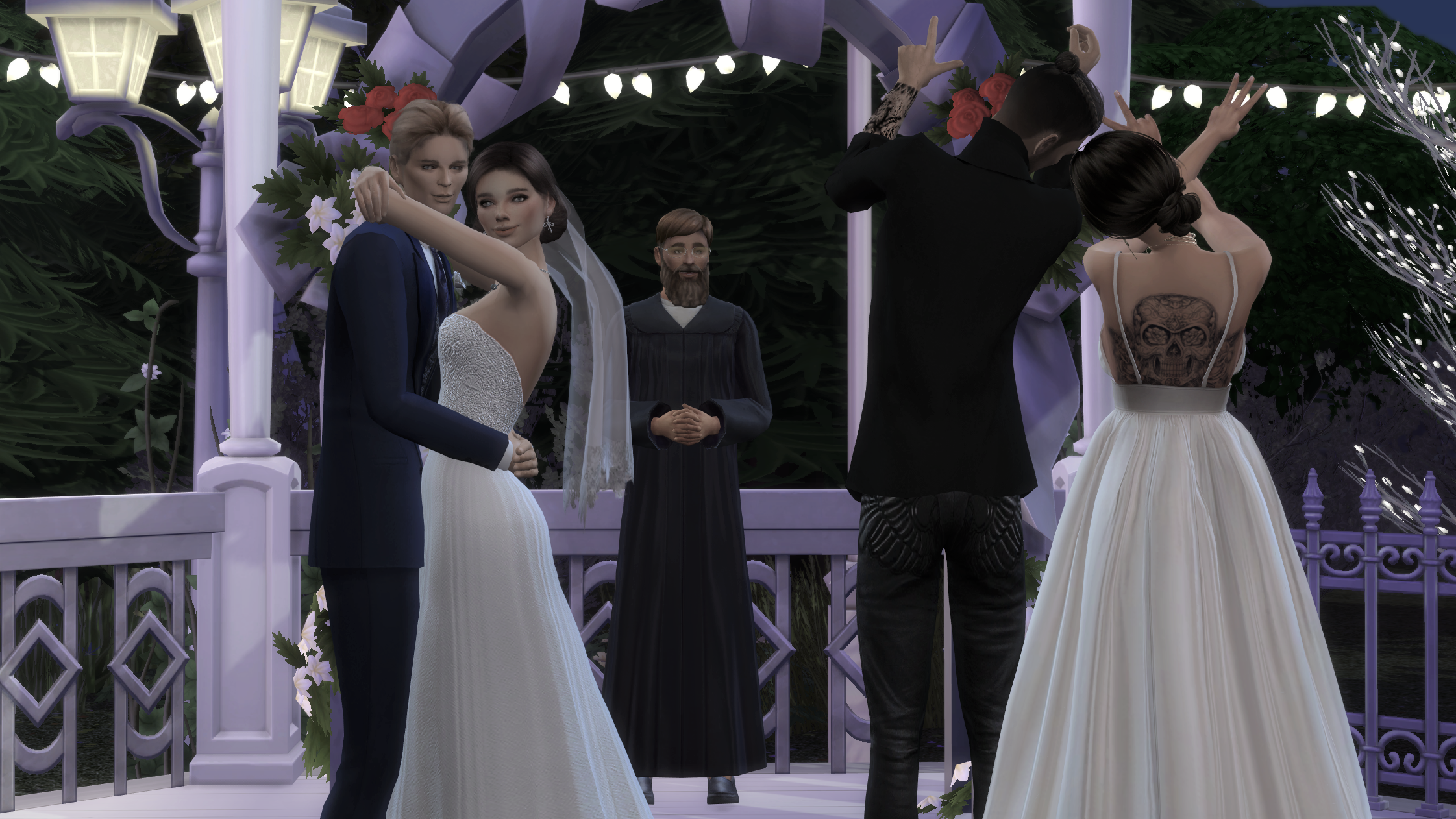 The cake was cut, the first dances happened, all of that plus the rest was merely a blur to Chase until Shea took his hand and ran to a quiet spot with him.

“How about that, huh? Your crazy family.” Shea giggled.

“Hey, what can I say, too late to run now. But it is definitely a day NOBODY will soon forget.”

“I am just psyched nobody ended up giving birth during the ceremony. Whatever happens now, happens. Not our problem! Kiss me again, before I faint right here, right now!” Chase grinned. 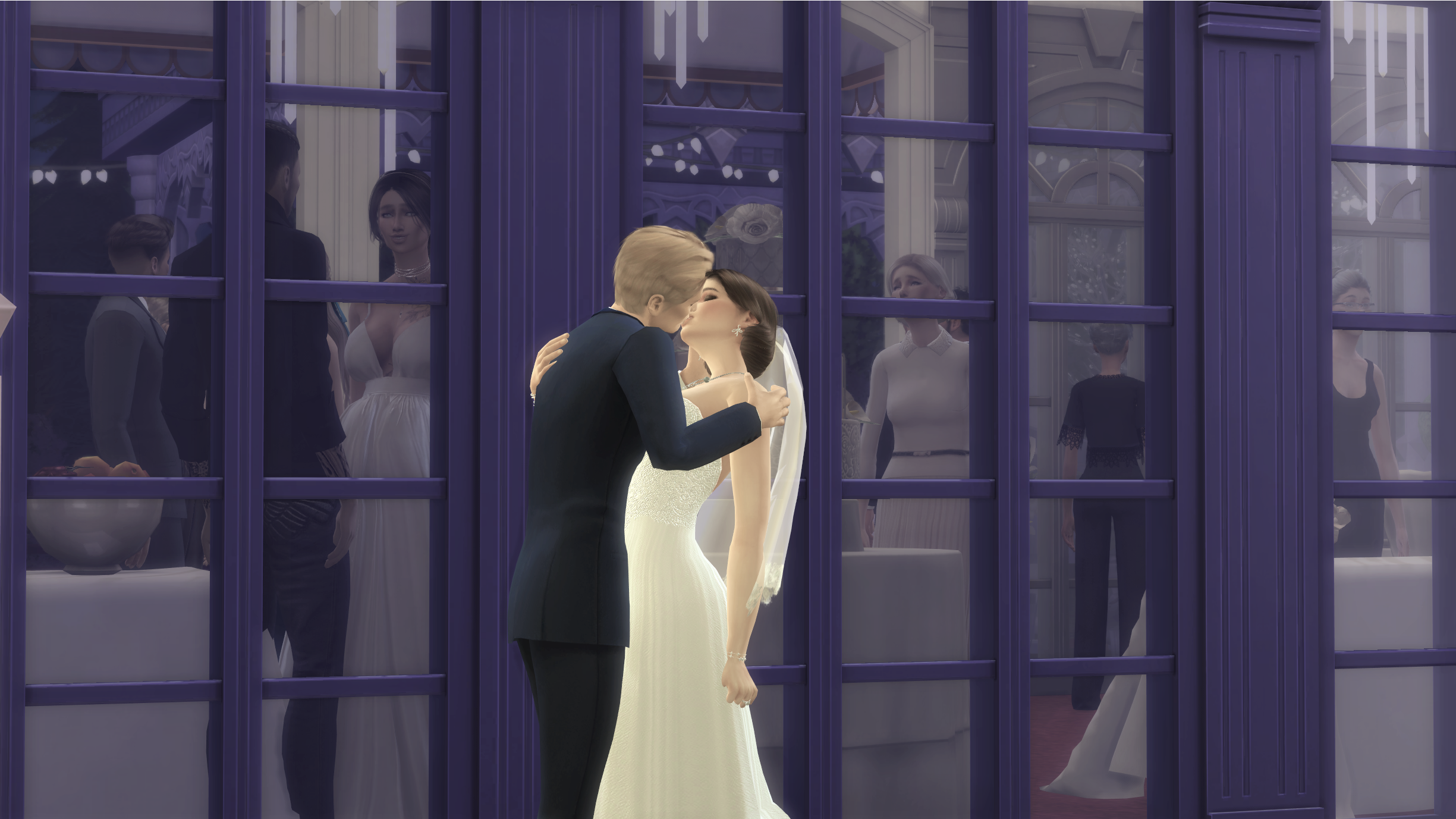 And wouldn’t you know it?

Within the hour first the Mannings made a hasty departure as both, their daughter Rachel and daughter-in-law Vera went into labor at the reception.

The Mannings had barely left when the next uproar happened.

Both Sarah and her daughter Briar Rose went into labor also still at the reception, about another hour later. Ethan was the one who stayed calmest and addressed the issue swiftly without drawing too much attention, driving two moaning, groaning women and their respective husbands to the hospital just in time.

Both welcomed healthy sons into the world.

Almost a year later at the EC Architects building in Brindleton Bay. 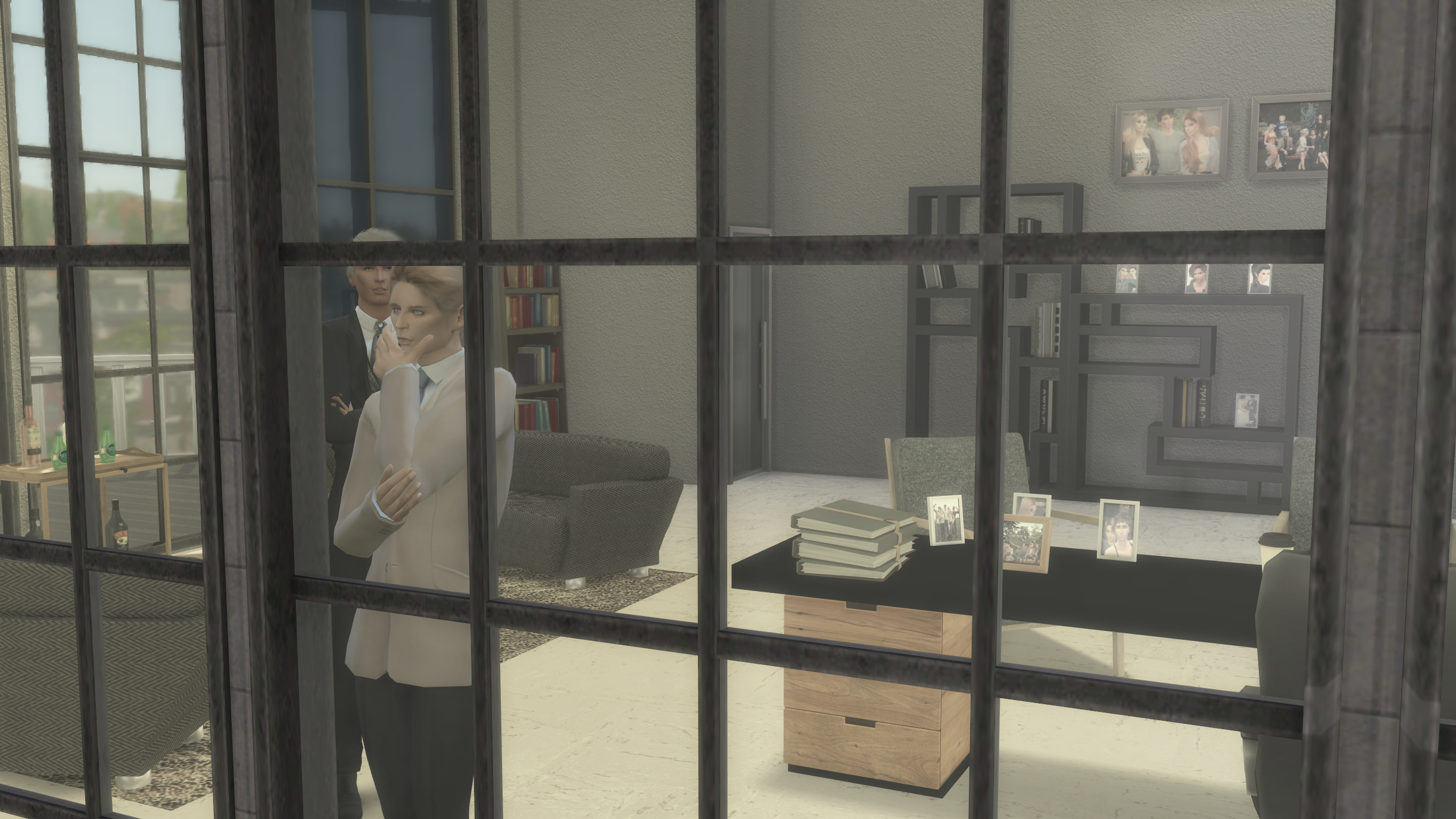 Chase stood by one of the large windows overlooking Brindleton Bay harbor. A beautiful view, one he found calming and serene. Home. The place he was born and the place where he’d likely die one day. 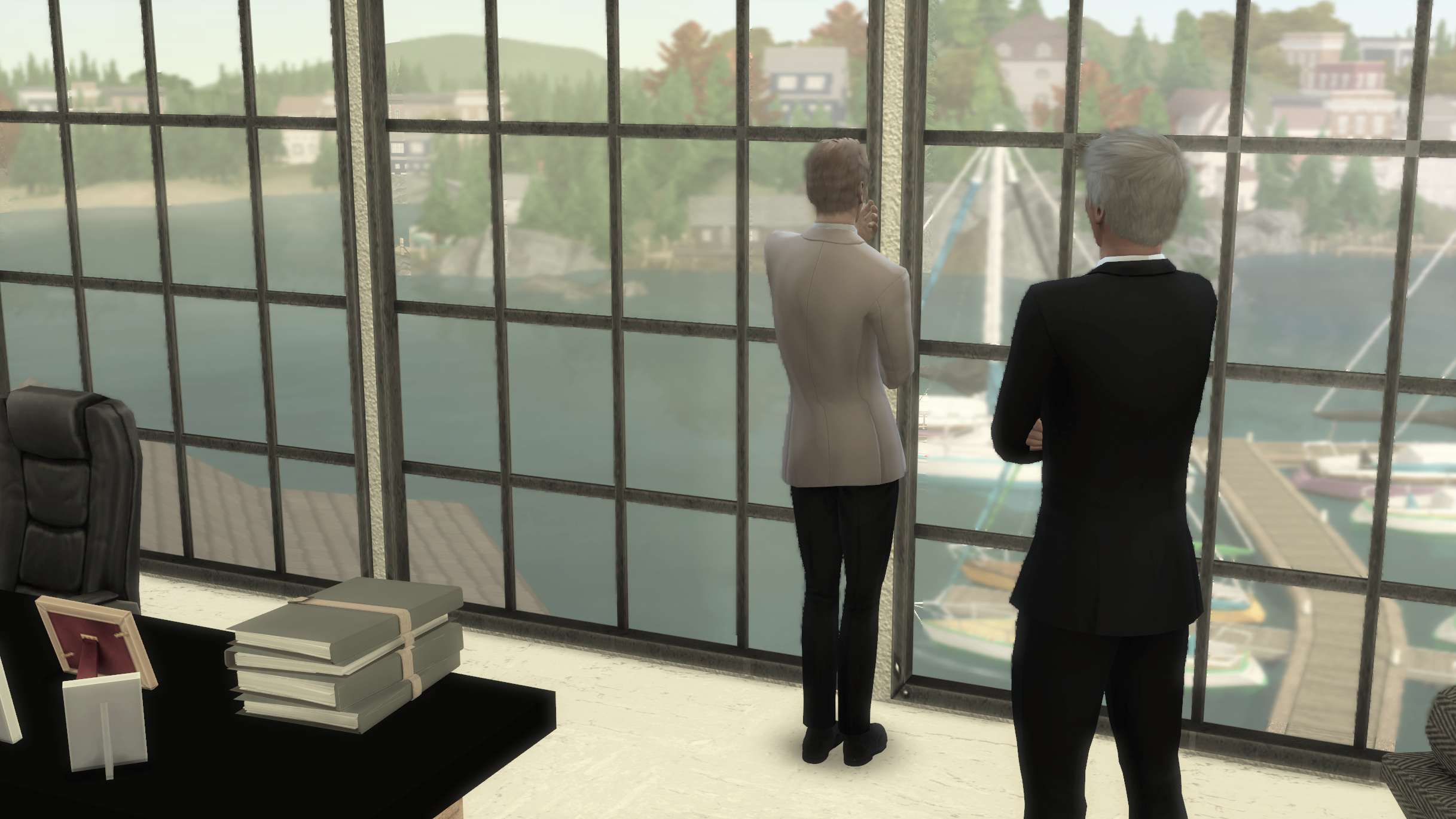 Chase’s grandfather spoke, the soft tone clearly marked that he was only teasing.

“I know. Saved my sanity many times. I am proud of you, Chase. I always regretted that your father had no interest in this company, and for a decade I was worried I may not have a worthy heir to hand it over to. You really exceeded my expectations, kid. Between you and your uncle Eli, this company is going to be successful for many more decades. And I finally get to step back a little.” Ethan put his arm around his grandson’s shoulder as they both overlooked the amazing view. 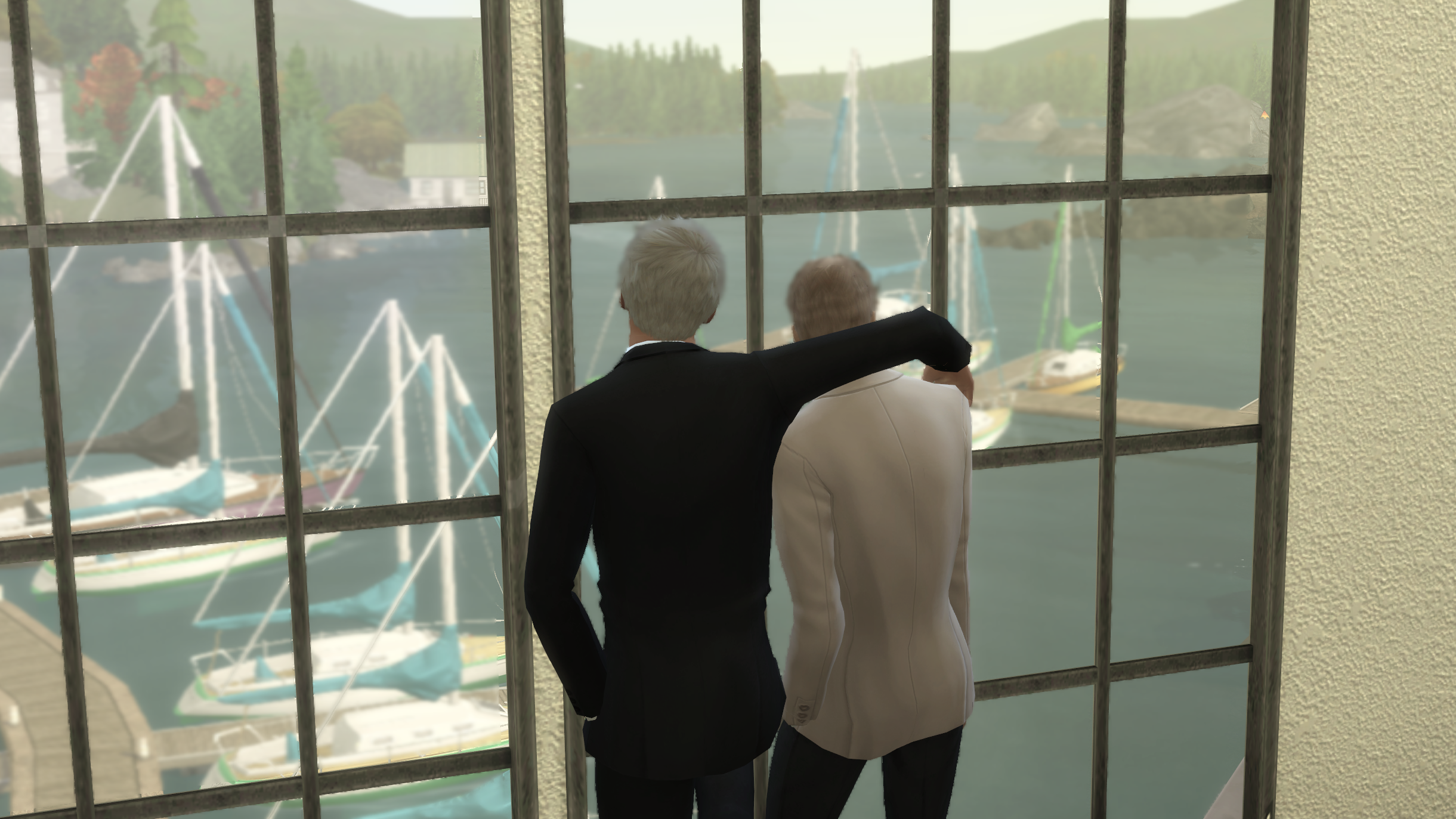 “I never thought I would ever enjoy this job so much. I thought all you do here is draw buildings and such. I have not seen you do that once. This is all making decisions, identifying and solving problems, isolating issues, then coming up with solutions. Plus dealing with people at various levels of urgency who have outrageous, sometimes aggravating demands. Just like I did at the lab.”

“You see, sometimes grandpa does know best. Once you are on the top floor of this building, nobody expects you to be an architect anymore. On rare occasion do I ever look at a blueprint or double-check some draft for a critical project now, happens, but you need not worry about that. Eli is great at that. You two really complement each other well. And with him finally being more focused again, since it looks like Sarah really is a decent and dedicated wife and mother at long last, neither of you will have to work as long hours as I used to.” 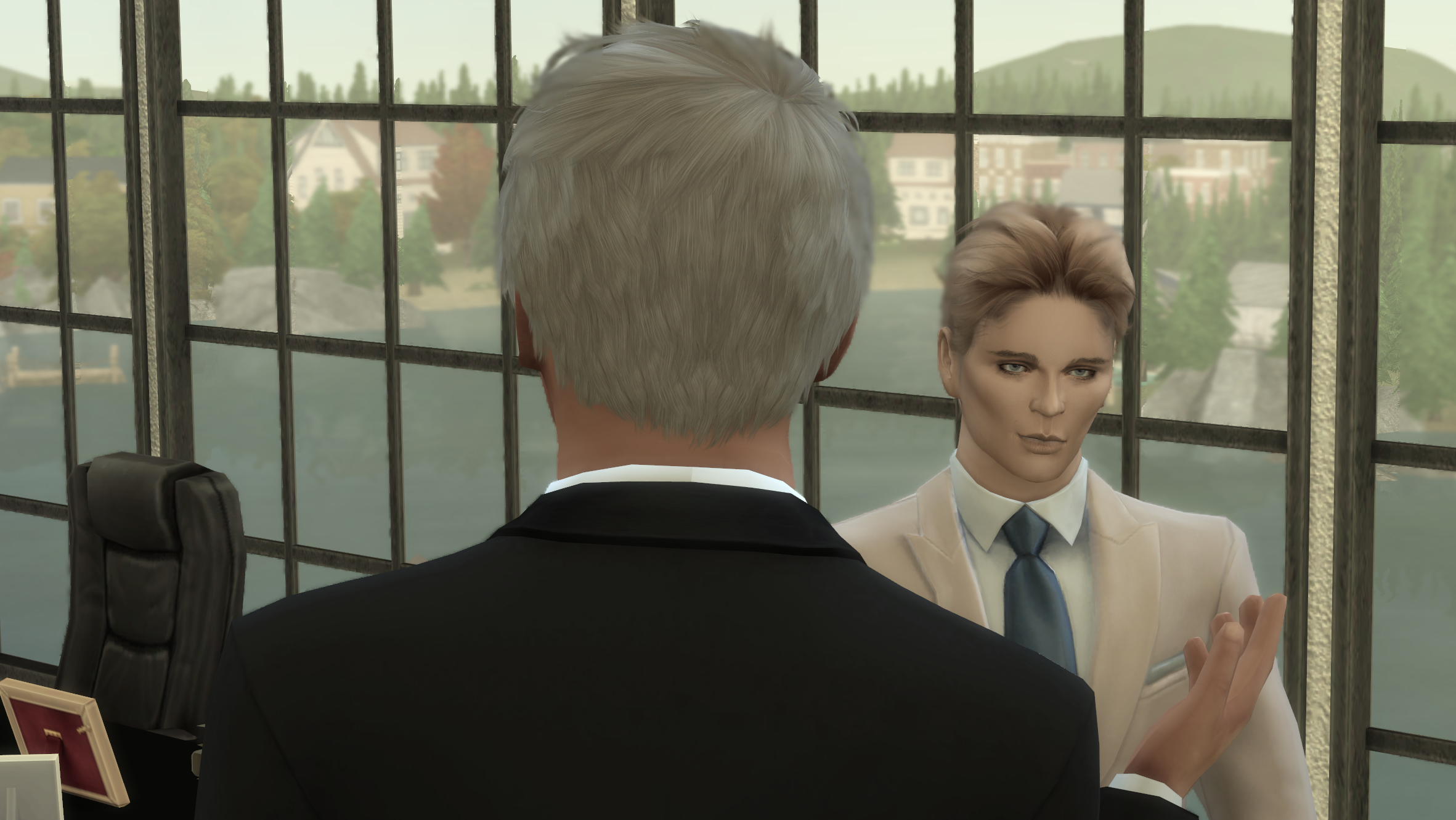 “Well, don’t bow out just yet. I have much left to learn.”

“No, Chase, I have taught you all I can. Whatever you do not know now, experience will have to teach you. Next week you’ll get your baptism by fire. Your grandmother and I are going on a cruise she’s been wanting for years now. Consider the reins handed to you fully.” 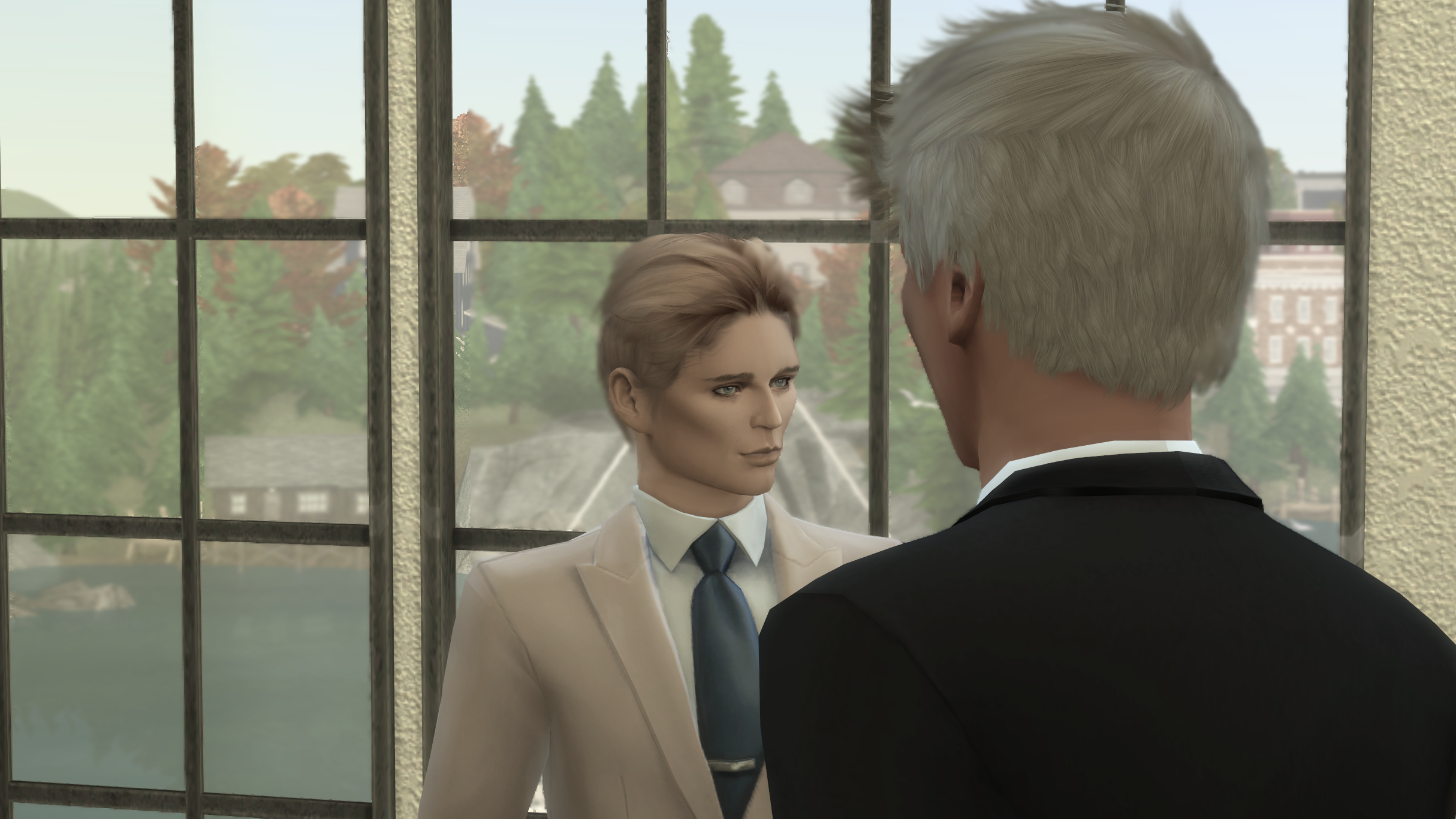 “None of that. You will do splendid. And Eli is still there too. You got this kid. And now out of here with both of us. Blythe and I have dinner reservations, and you need to get home to your wife and infant son. We’ll take off early today. Get your stuff and let’s get. I’ll grab Eli, too.” 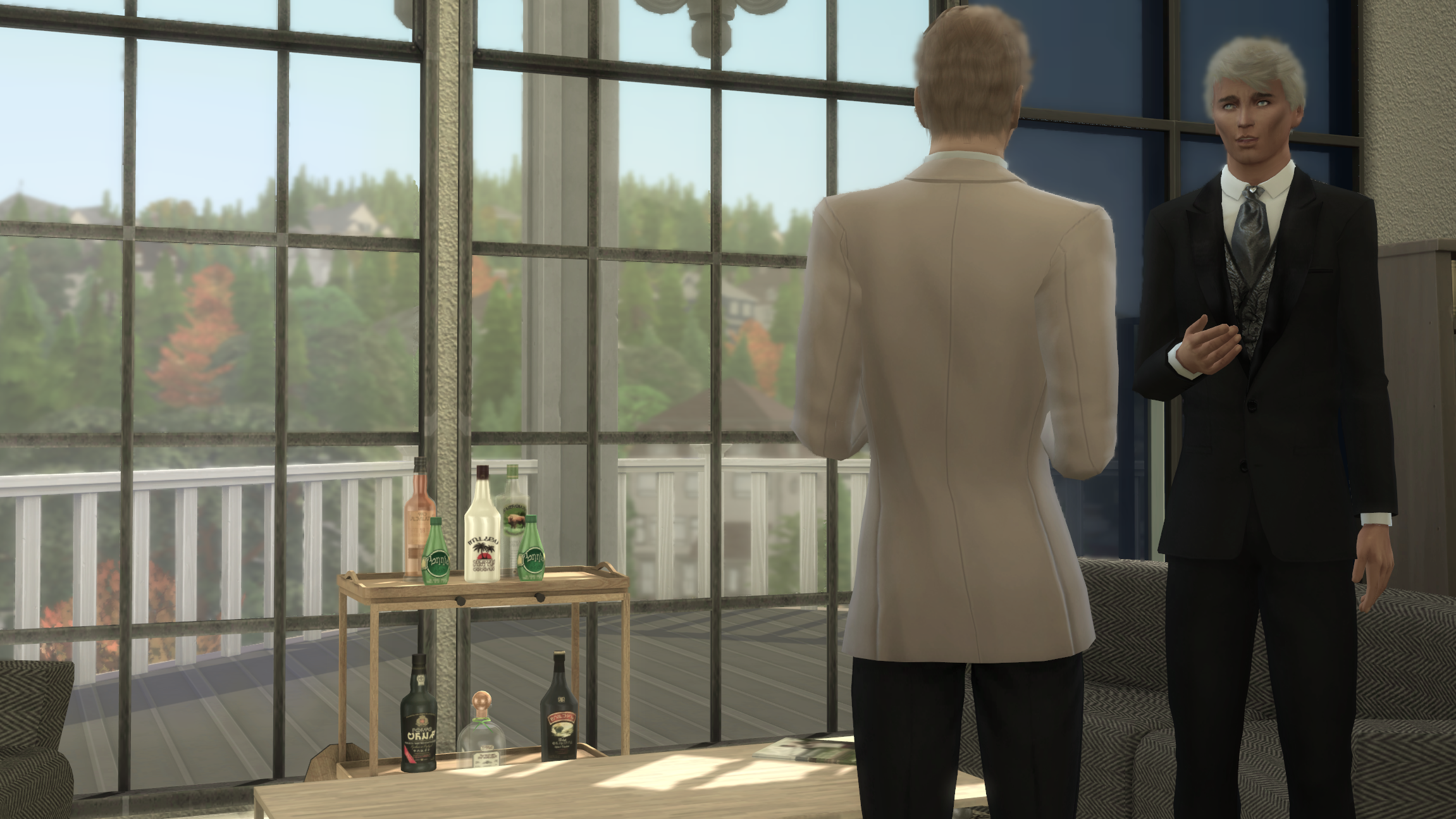 When Chase got home that afternoon he was greeted by two excited dogs, when Shea came into view he pushed her against the door for a heated kiss. 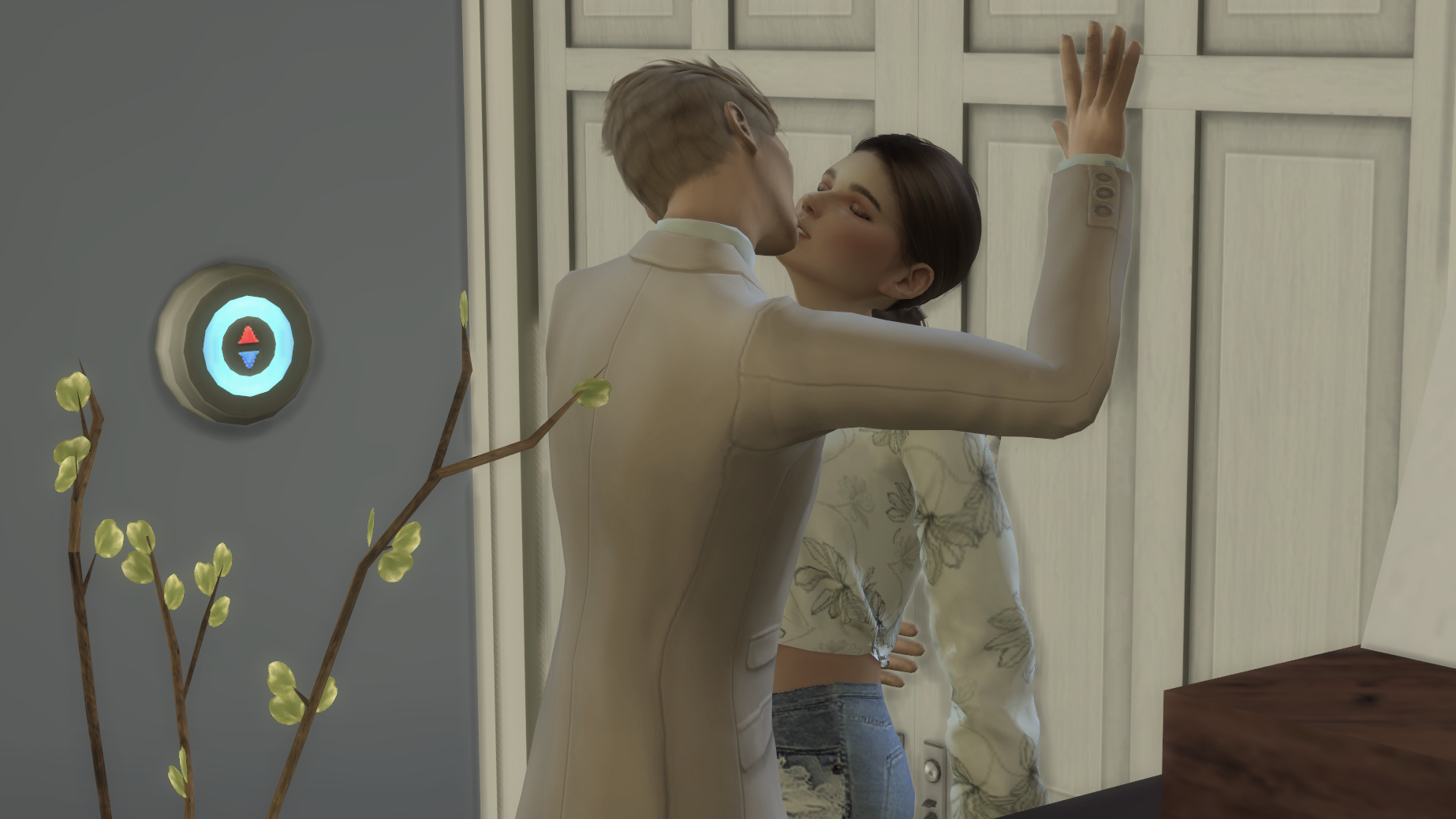 He still liked the sound of it.

The word also had him instantly feeling romantic, until he was reminded that they shared the house with his parents, when his father walked by

“Hey, hey, hey! No rapid production of more grandchildren before dinner. Which is ready, by the way, your mother wanted me to tell you. So go and sit them butts down so we can start shoveling food into our faces. I am famished!” 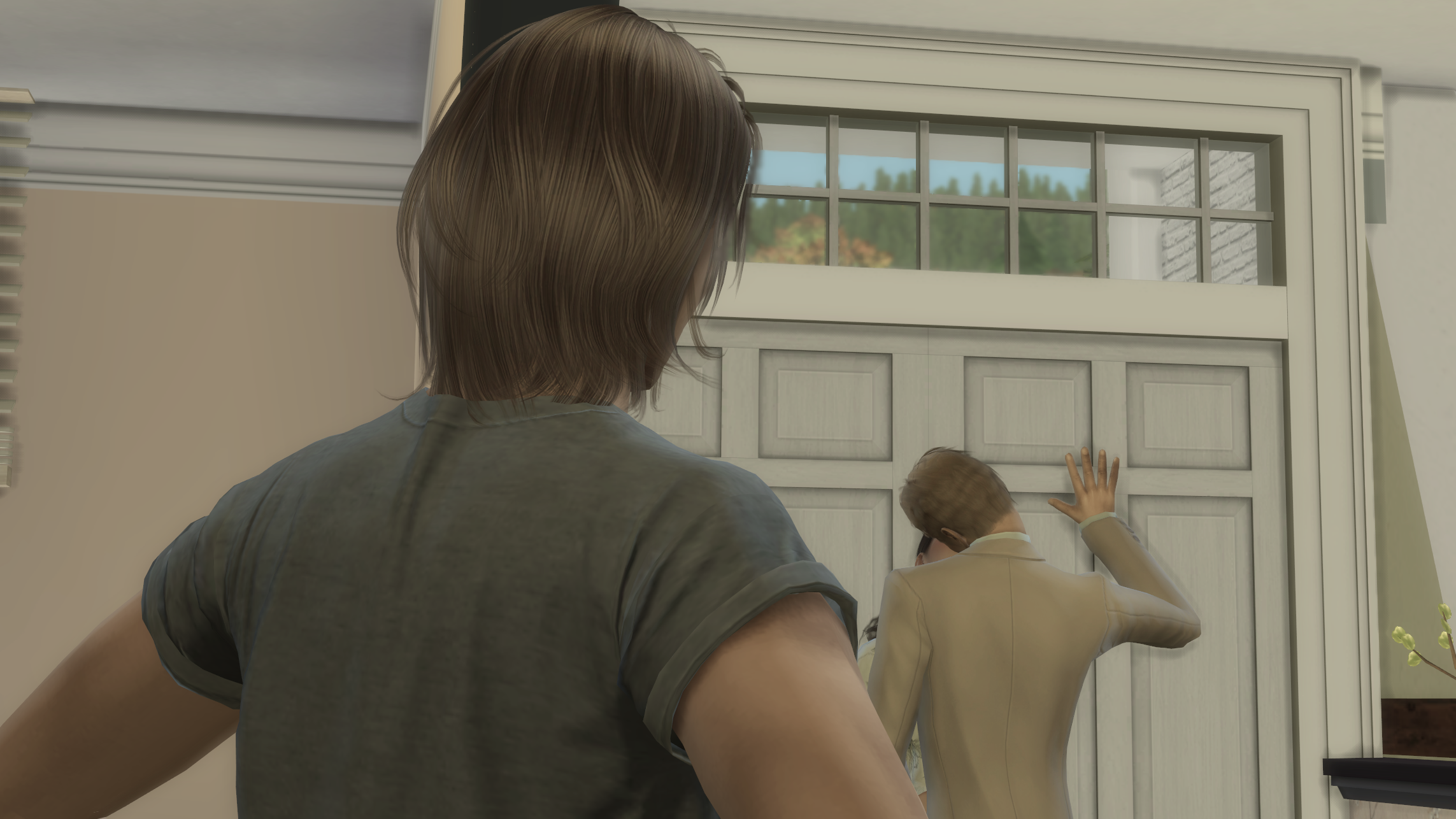 “Thanks, dad, we’ll be there in a second. Speaking of kids, how is our son, Shea?”

‘Son!’ Chase thought. ‘Our son. MY son.’ Another word that still did something to him.

“Sleeping. You can say hello to him later, I just put him down.” She told him smiling.

“Good. Shea, do you think we’ll have more children?”

“I DO mind! I am hungry and your mother won’t let me eat until you two are at the table. Life altering discussions really can wait until my stomach isn’t trying to digest itself anymore!” Blake growled. 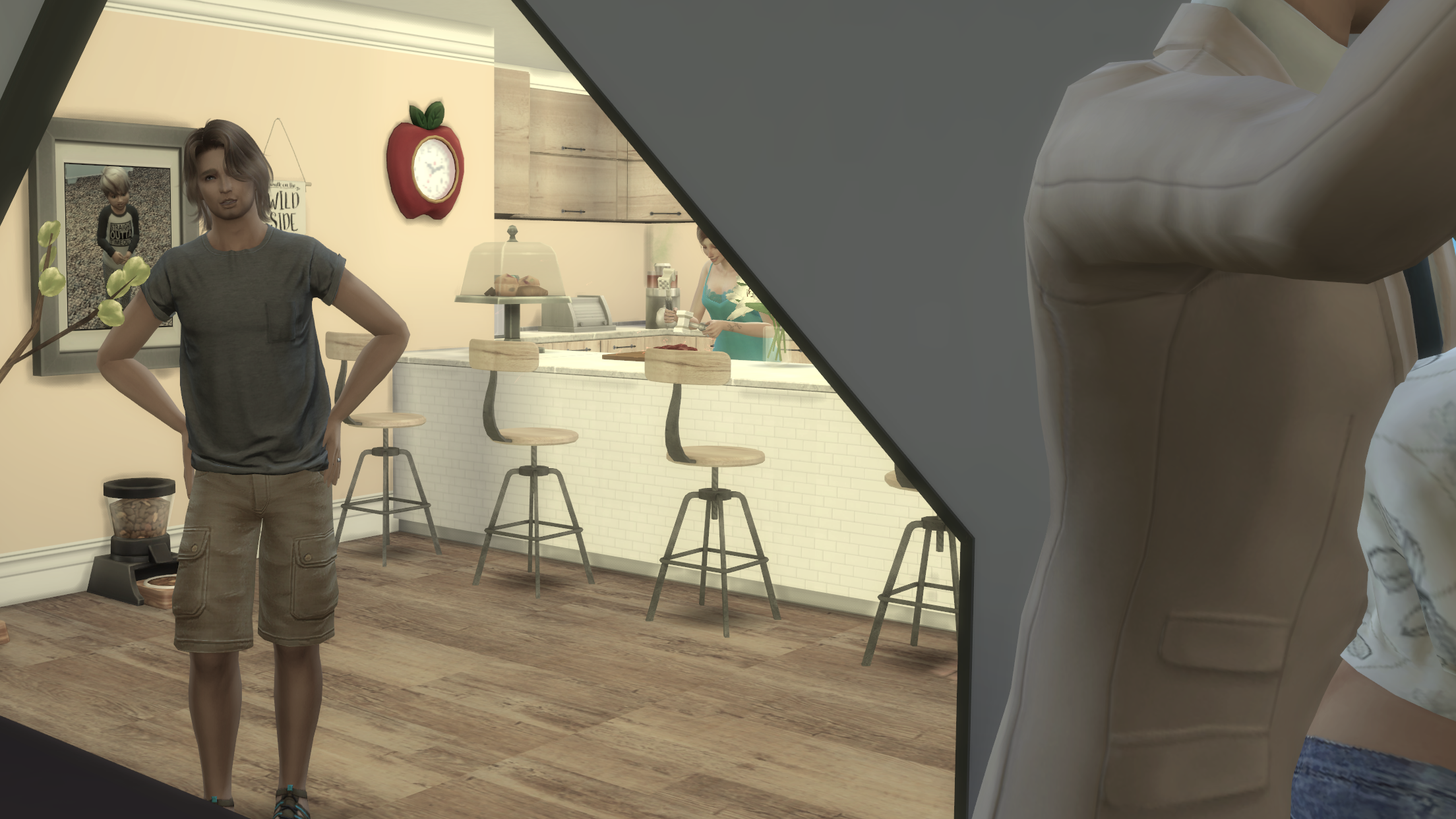 Chase rolled his eyes and followed the giggling Shea to said table.

Once everyone was served and started in on the meal, Blake grinned at his son.

“To your question in the hallway? More grandkids incoming or no?”

“I don’t know dad. Some pesky and rude guy kept interrupting us before we could get there.” 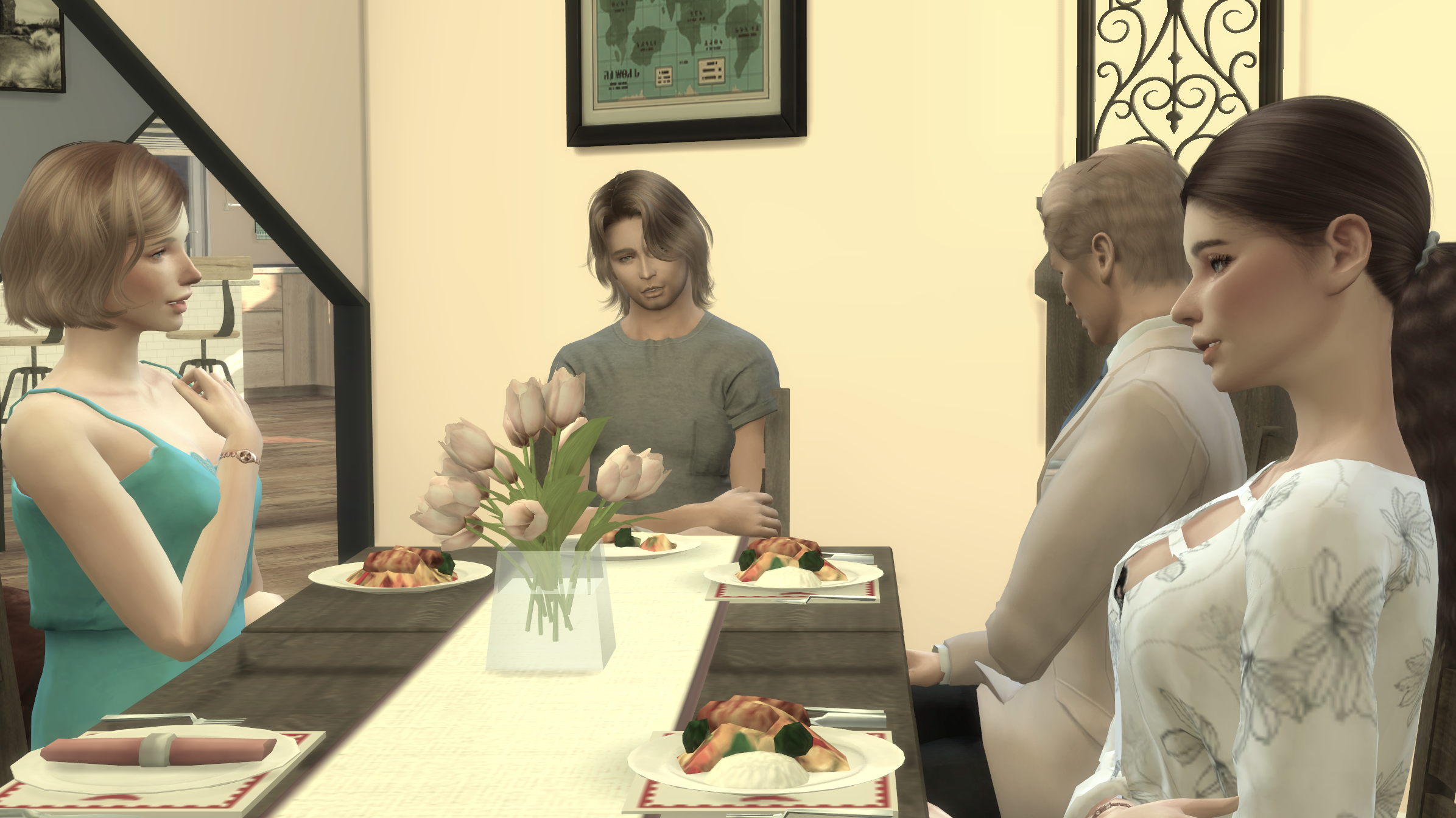 “No you won’t or I will send you to bed without the rest of your dinner and definitely without dessert.” Hailey wagged her finger at Blake.

“That’s because that term is only rhetorical.” Hailey wiggled her eyebrows at her husband, while their son frowned.

“Not right now. That’s my answer. Maybe later, but not right now. Definitely not until I am done with school.” Shea said.

She was used to a father who liked to tease and joke, since her own dad was just like Blake. 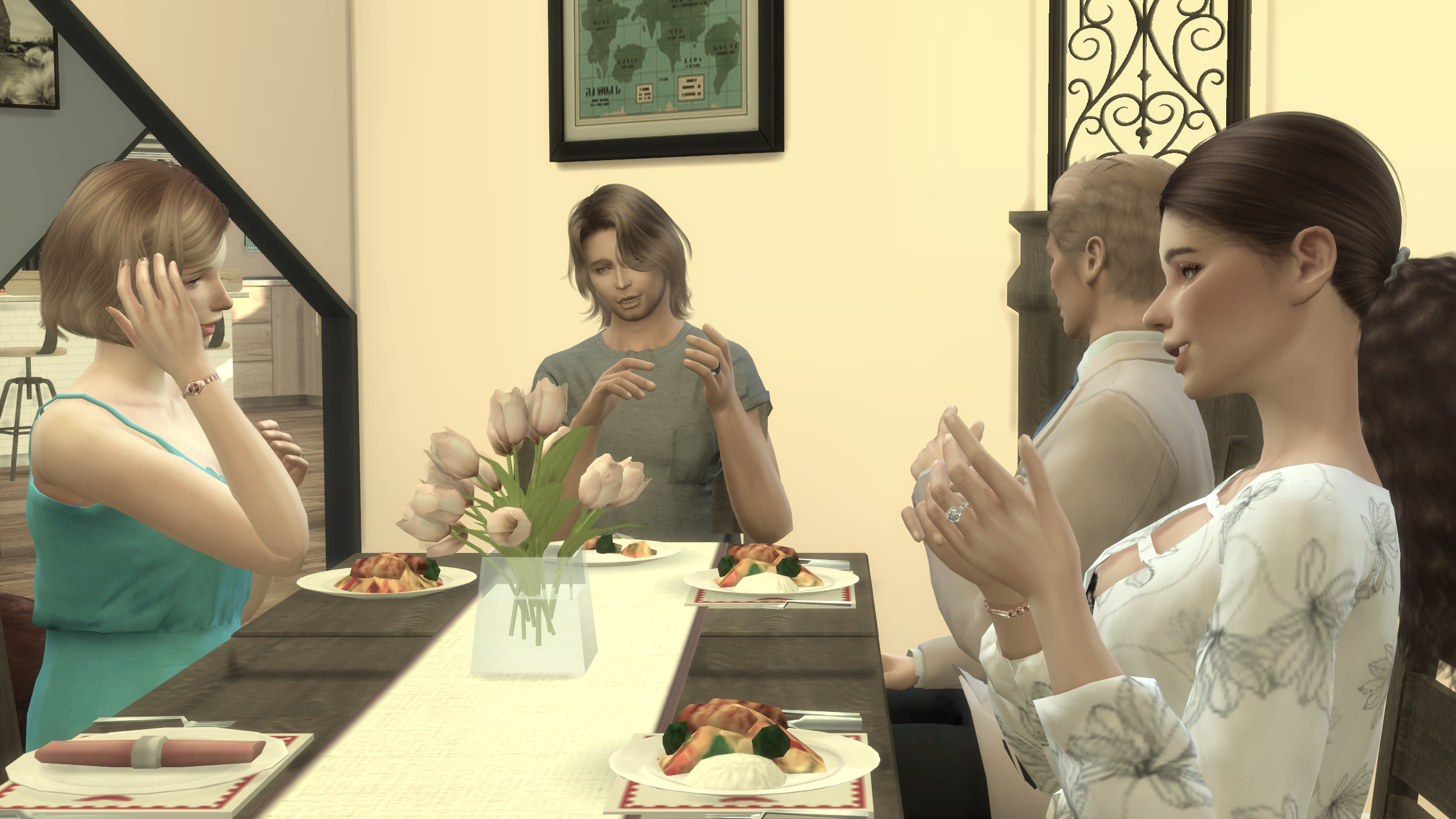 “Fair enough. Let’s just hope the Cameron curse agrees. You already got a taste of it. That little angel there has something in his eyes already that let’s me know he’ll give all of us a run for the money when his time comes.” Hailey prophesied.

“Must be the Loughlin influence. Or the Manning genes.” Blake grinned at Hailey and Shea.

“Yeah, dad, because the Camerons come perfect right out of the box.” Chase grinned.

“Must be nice in that dreamworld you live in.” 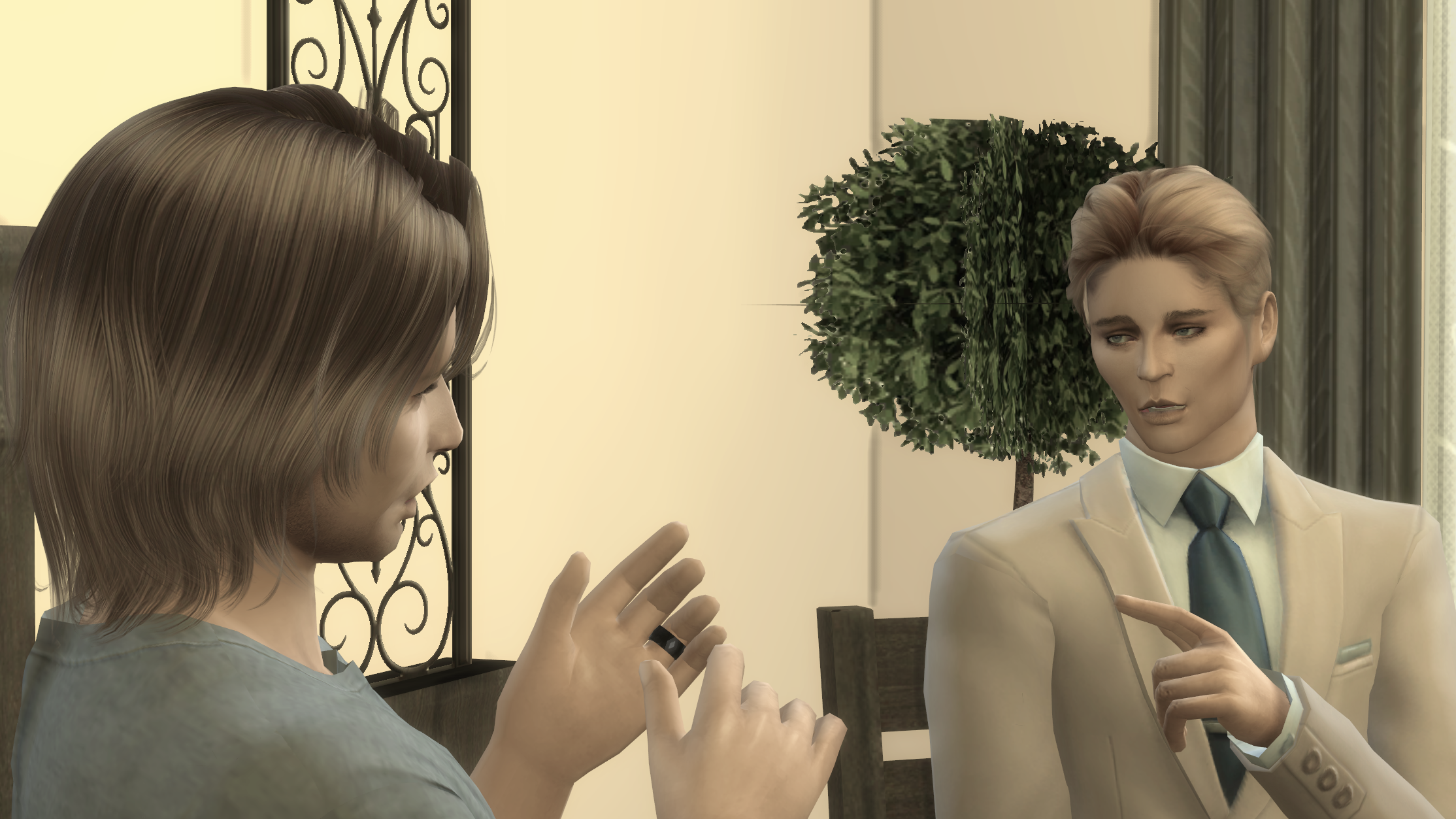 After dinner the adults collected in the living room to watch a movie together. Nothing unusual.

But Chase’s mind wandered. He was living the exact life he never wanted, and as it turns out, he was loving it.

Who would have thought … 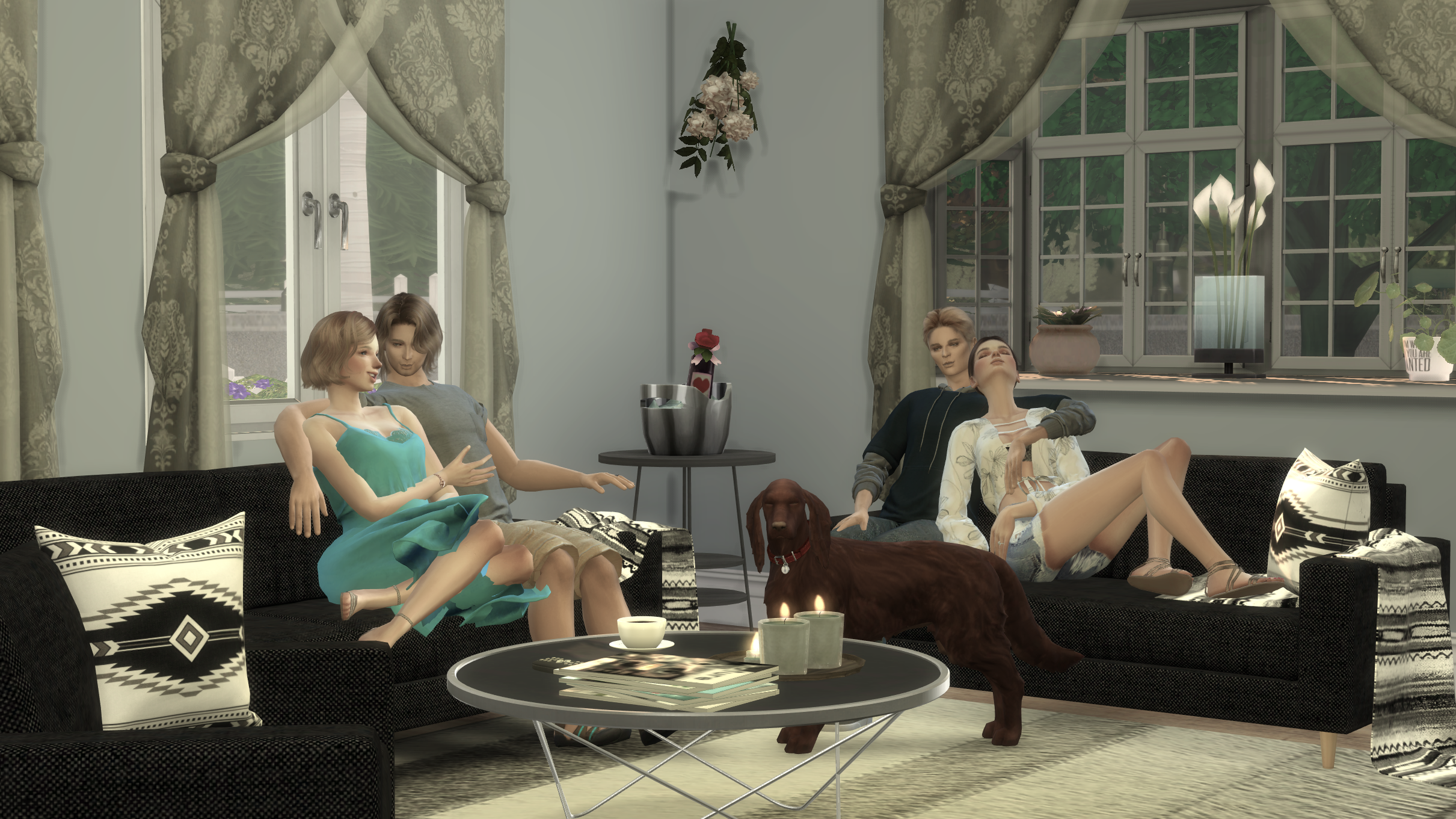 Not him, not ever, so much was for certain. He would have never guessed that he would love the life he never wanted this much.