“Jake … oh boy, oh boy. You gone done it again.” Nick Gray shook his head while Stryker followed him outside and to his car. Nick had posted bail for him. Again. 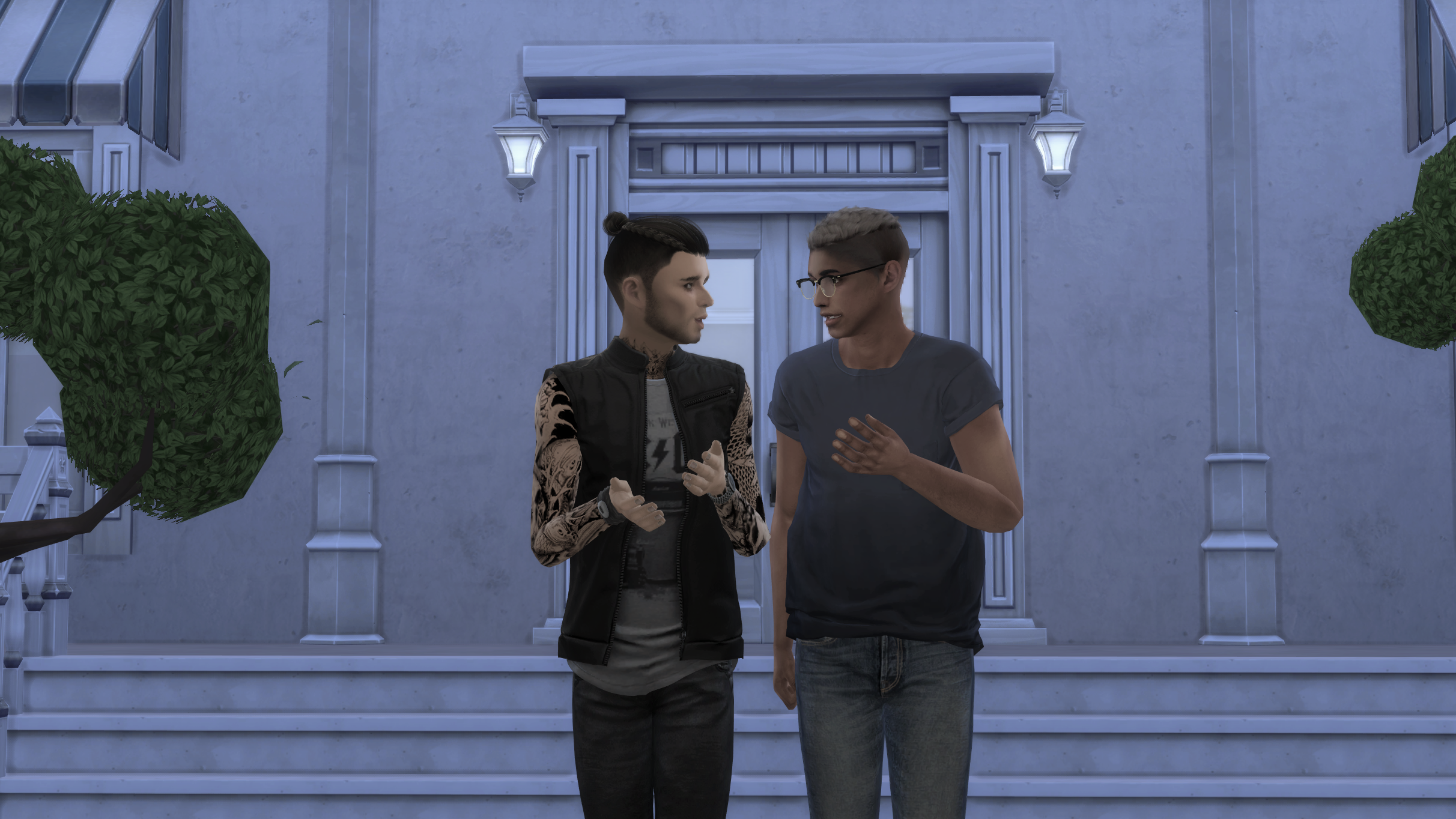 “I am sorry, Mr. Gray! I had no choice. I just couldn’t sit there waiting for an ambulance to trickle in whenever while Bri was screaming and wailing in pain and terror … is she … and the baby … ?” Stryker couldn’t say the words. 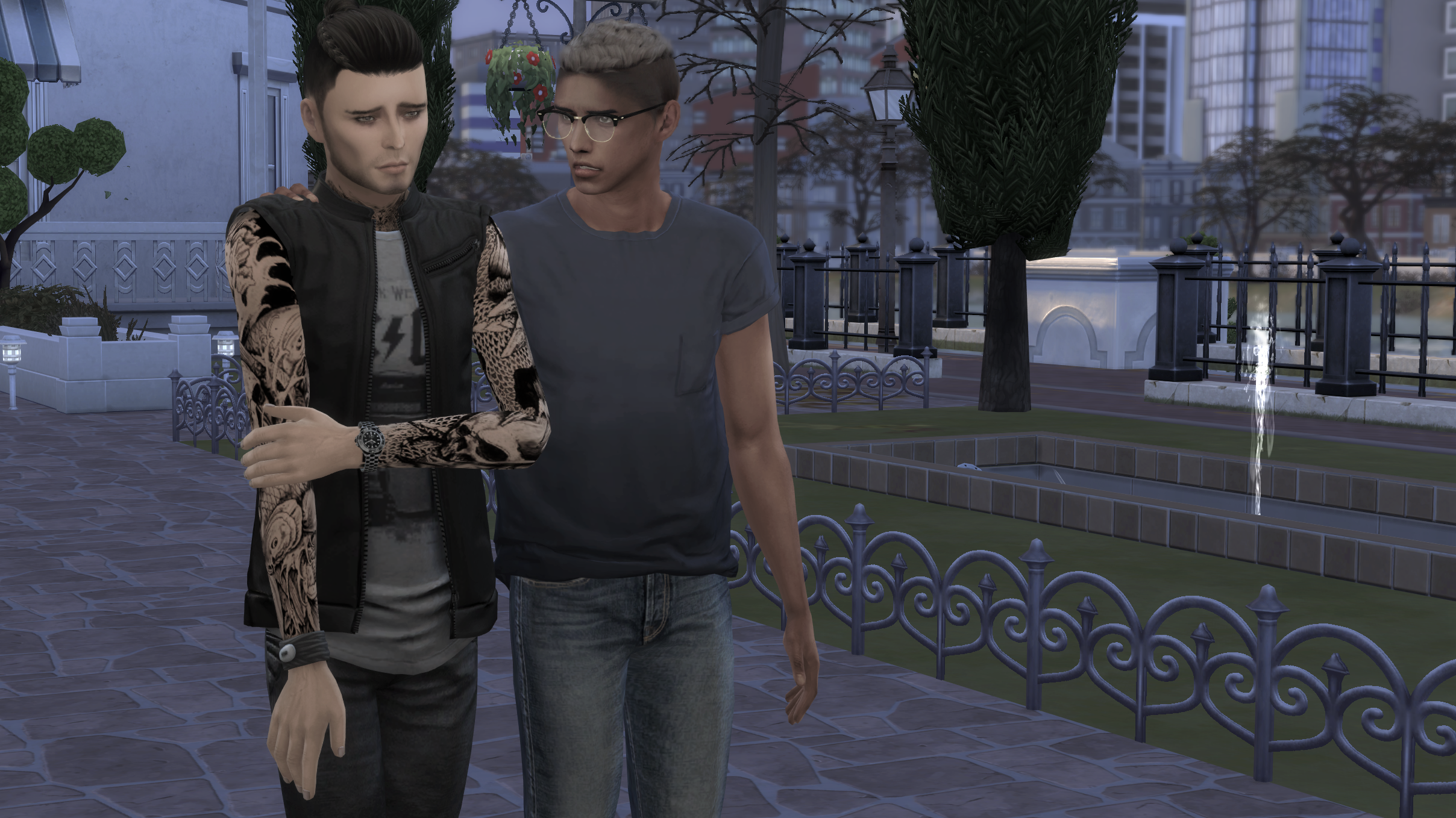 “Let’s talk in the car. No need to entertain everyone else.” Nick suggested.

Stryker could tell by Nick Gray’s answer to his question that it wasn’t going to be what he hoped it would be.

“I didn’t mean to complicate things more. I just wanted to make sure Bri and the baby are going to be okay …” Stryker babbled on. 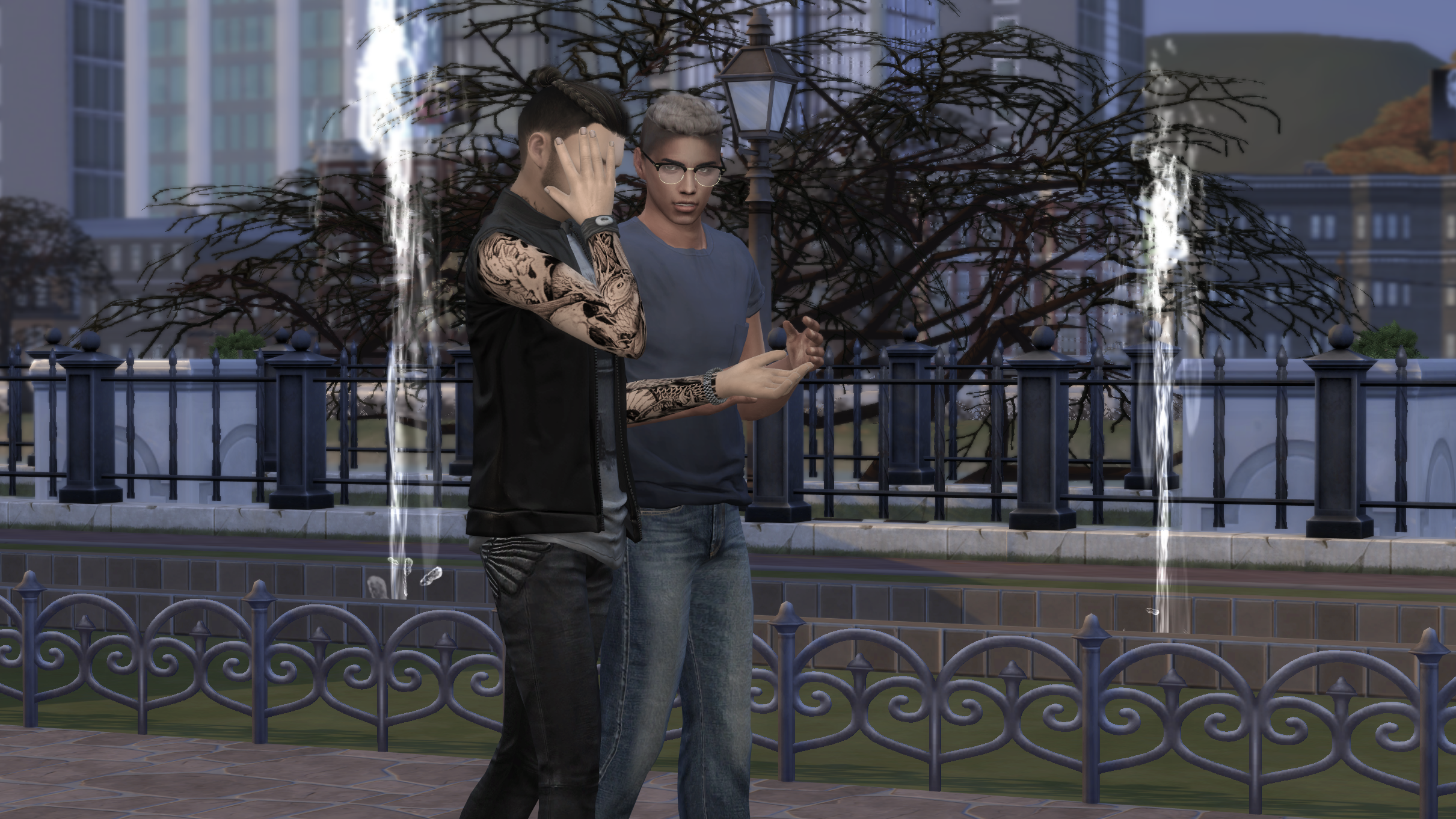 “I know that, son, which is why I came over here right away. To answer your question, sorry kid … they were able to save Briar Rose, she was stable and seemed to be recovering very well when I got off the phone with Ethan, but your daughter’s future is still up in the air. Something had happened and caused some toxicity and internal bleeding. Your baby was affected, nothing anyone can do, and I don’t want to dance around it, the next 24 hours or so will decide if she lives or dies. If the latter occurs, Briar Rose will have to have an emergency C-section to remove the baby. And even if your daughter makes it past that point, she won’t be out of the woods for a long while, probably not until the birth. It’s now classified as a high risk pregnancy. Speaking from experience here when I tell you that’s not something to laugh at.” Nick was speaking as they reached the car and entered it. 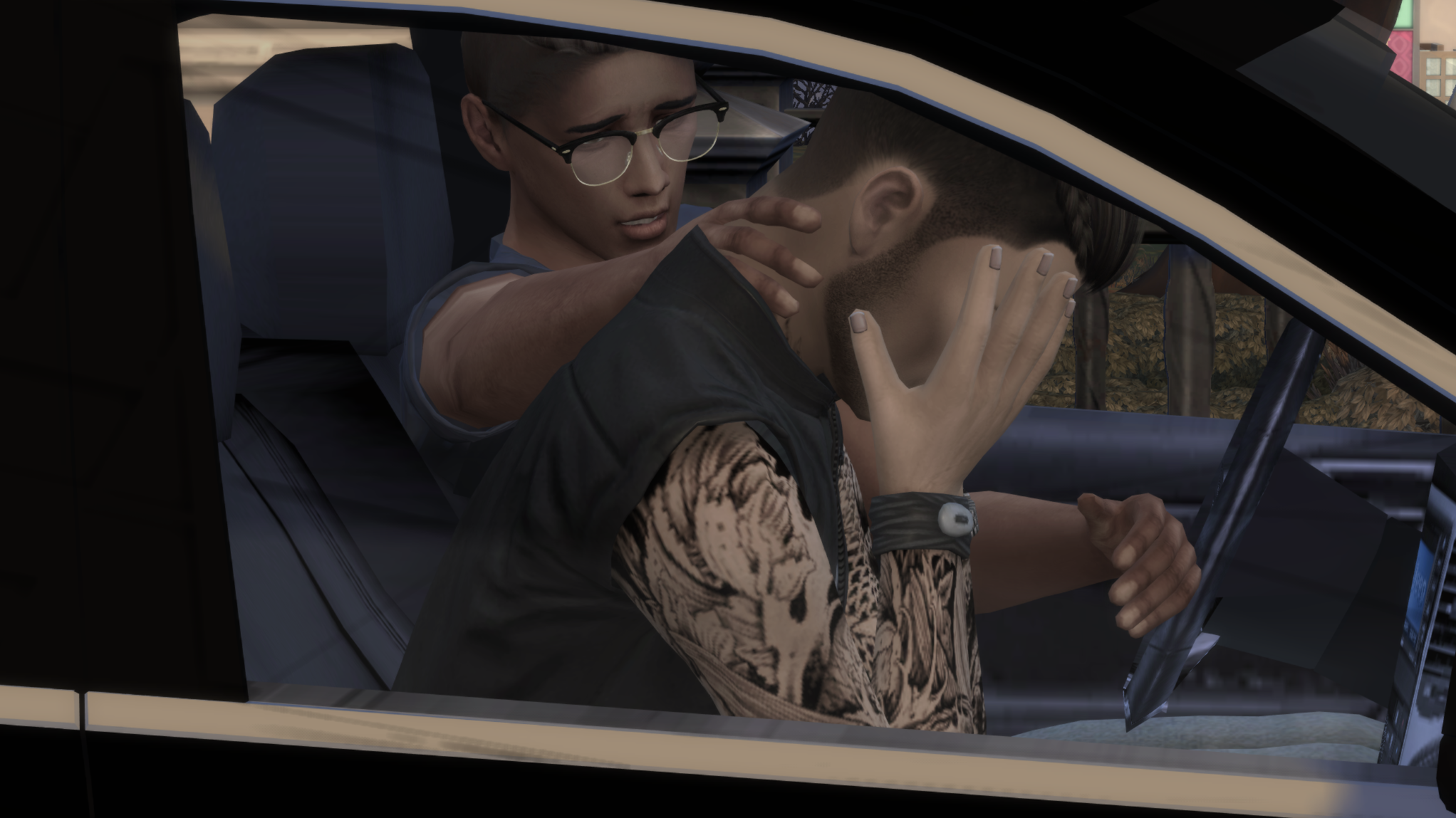 Stryker felt like the entire ground had been pulled from underneath his feet. A million things were riding a rollercoaster in his brain now. Worry about Bri, worry about the baby he never thought he’d want, and wondering what this would mean for his future with Briar Rose if she really lost the baby. Nothing would connect them anymore. Same with the rest of the Camerons. He had screwed up so much already, if the baby were lost, there’d be no more reason to keep him around. Likewise with Nick Gray, why would he still want to help him and keep him employed in that mercy-position he created just to help Stryker out. 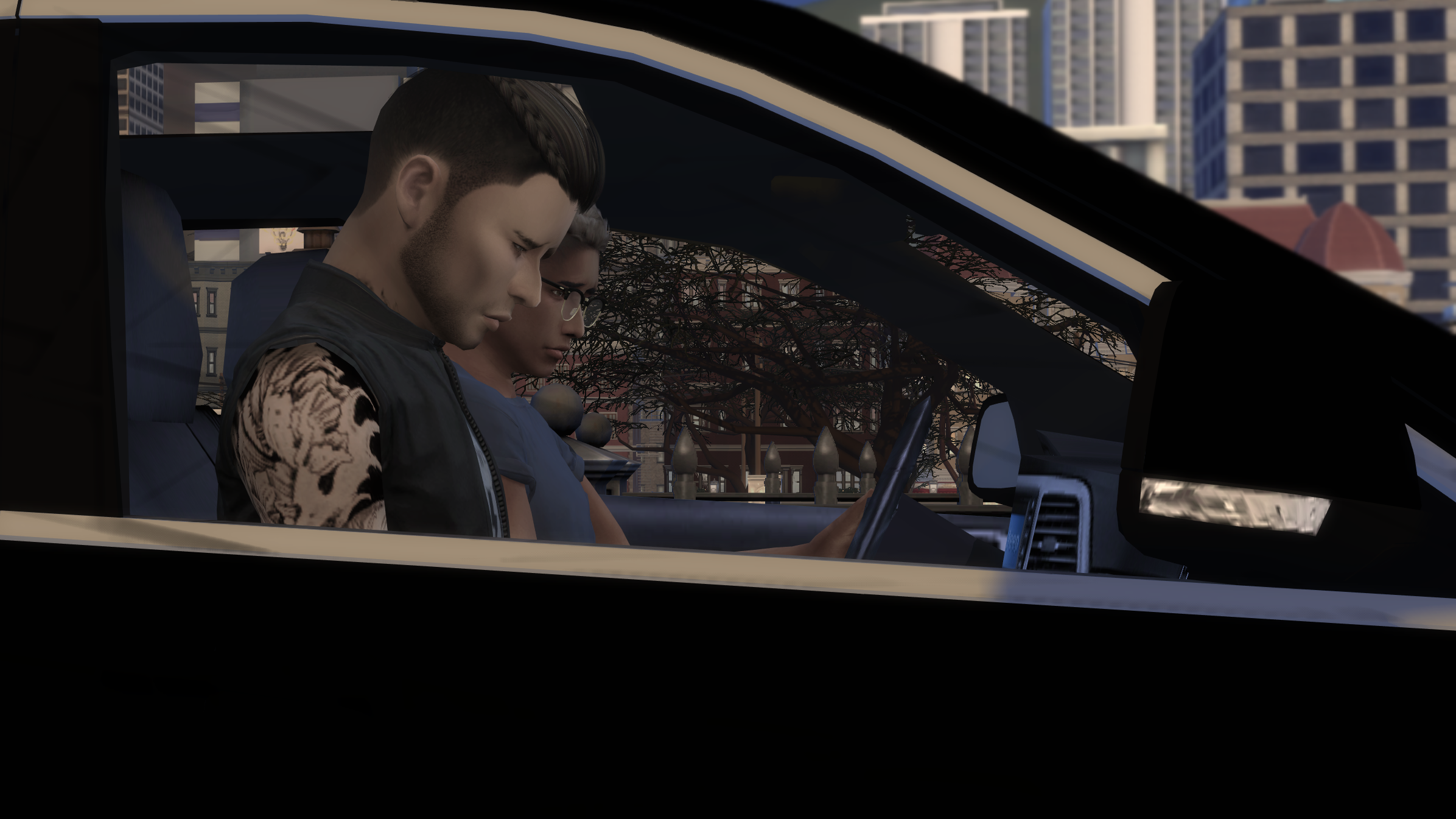 He realized now that Nick had been talking to him while he was zoned out, and that they had been driving for a while. In the opposite direction from his apartment. Towards the freeway.

“Where are we going?”

“Brindleton Bay. I am taking you to see her. Needless to say she is home, belongs in the hospital, but that damn hard head again. Get used to that, it’s a Cameron gene and it never goes away. That little brat dismissed herself since she is an adult on paper, and had her parents take her home. Poor girl is so weak can barely walk. How they are supposed to monitor the baby at home is beyond me. But I am just the monkey that gets the baby daddy out of his messes.” 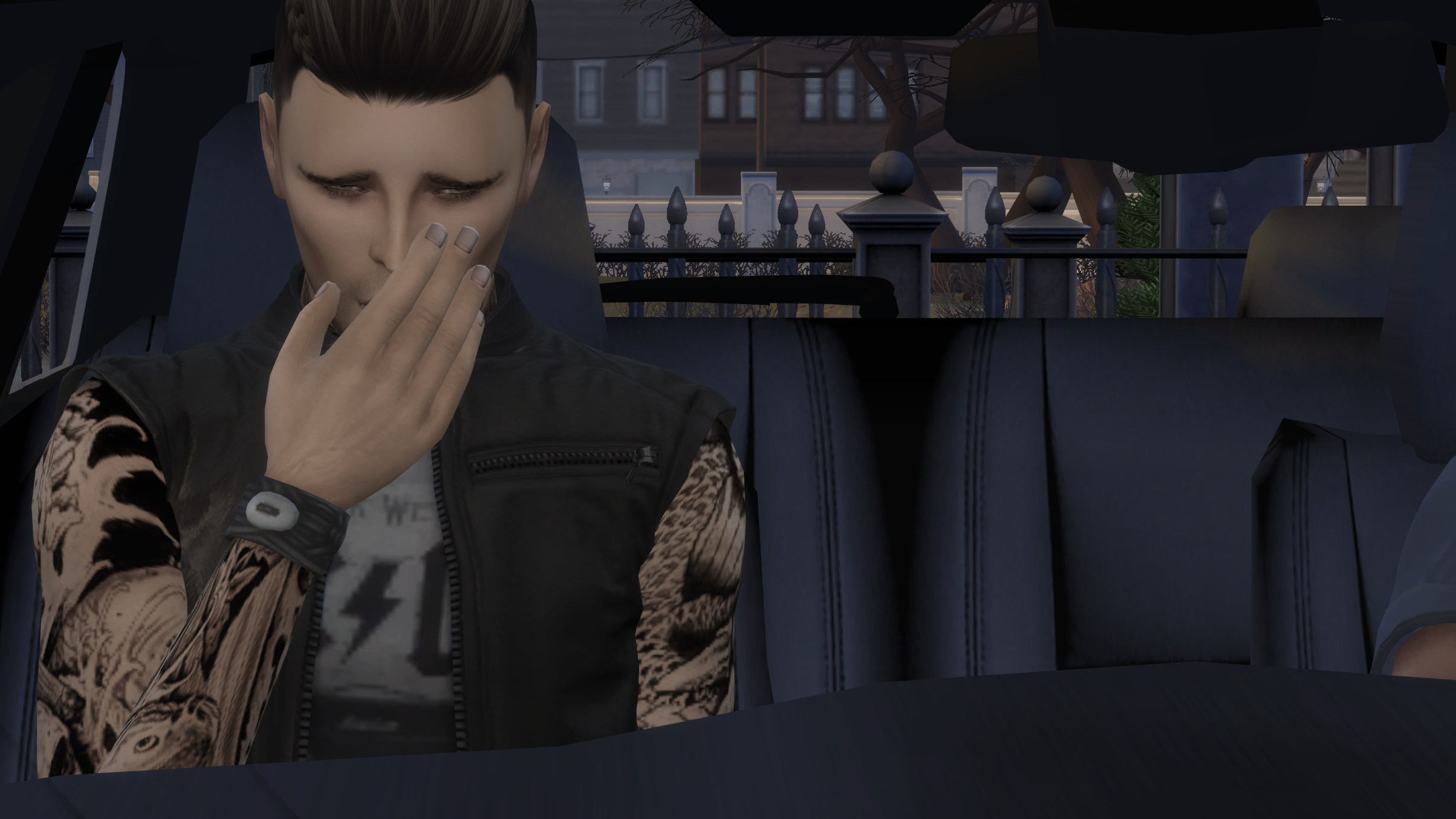 Stryker was nervous as Nick steered his car up the Cameron driveway. Not exactly the ‘meet her parents’ moment most guys dreaded, but a thousand times worse.

Nick rang the doorbell, they were invited in by Eli and lead to the patio.

“Hey …” Stryker offered as he stepped out into view.

Briar Rose jumped up, albeit slower than usual, and waddled into his arms where he caught her. Carefully, but still firm enough to make them both feel close. 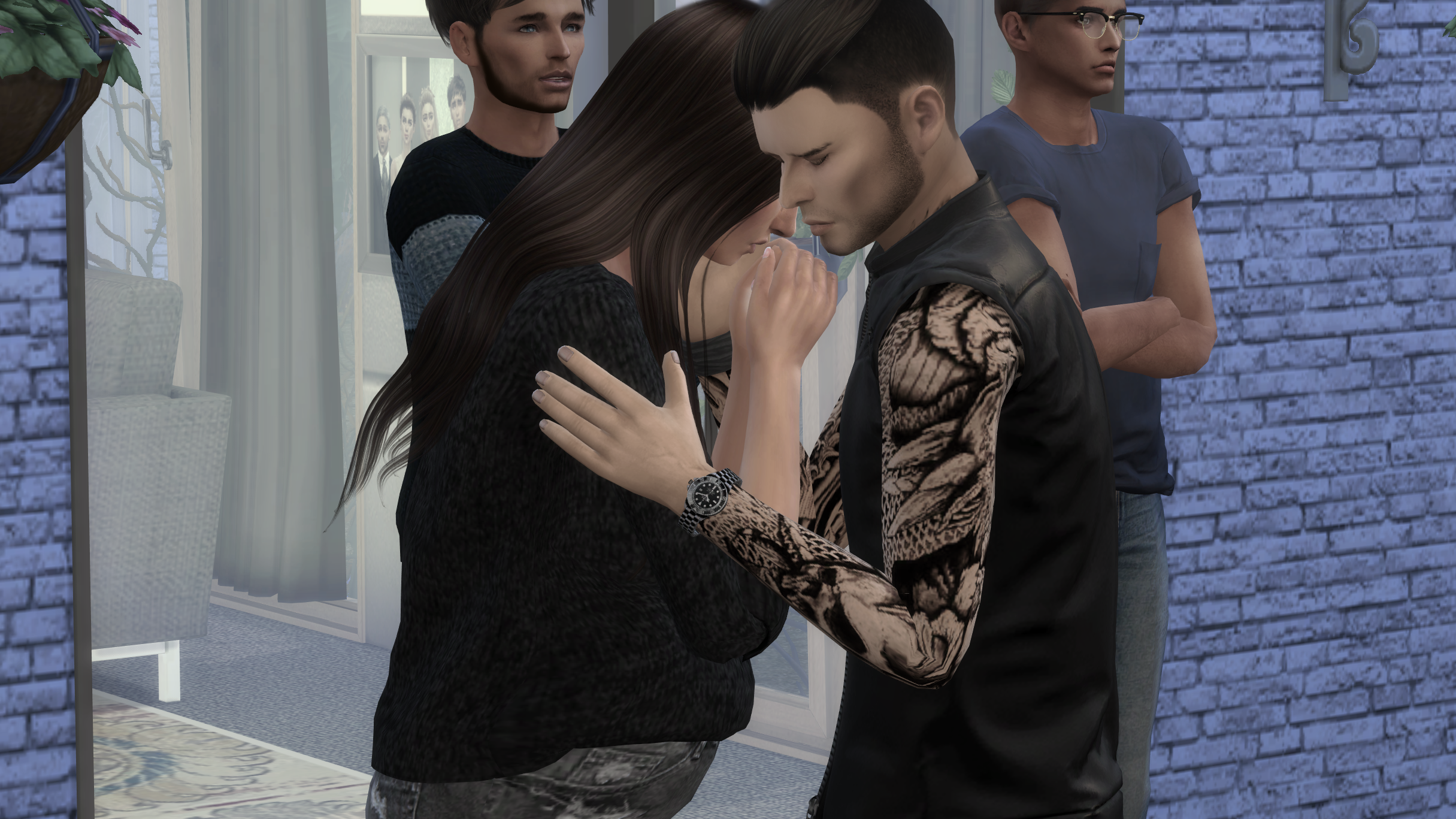 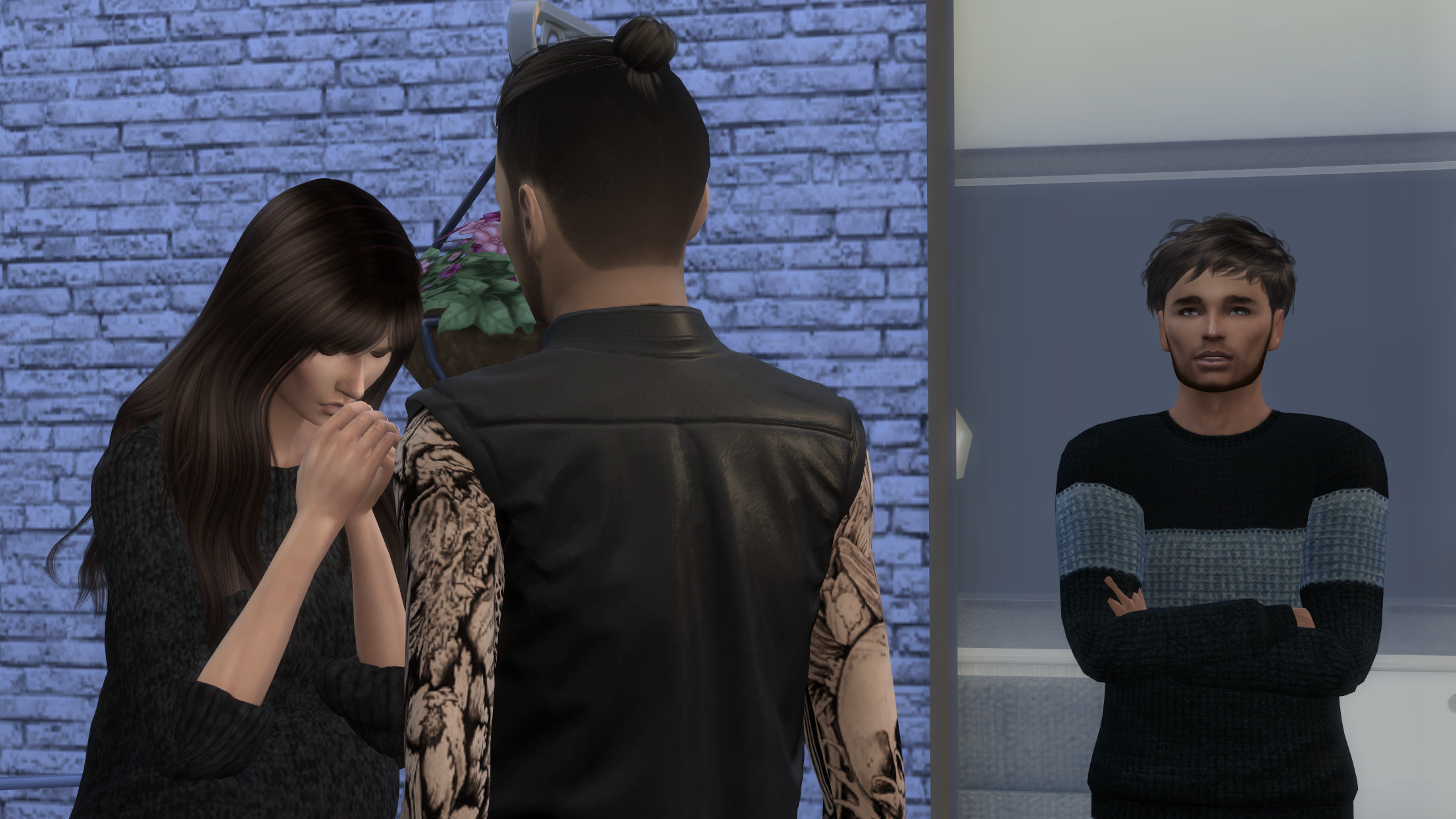 “Why would you be sorry?” Stryker mumbled surprised. 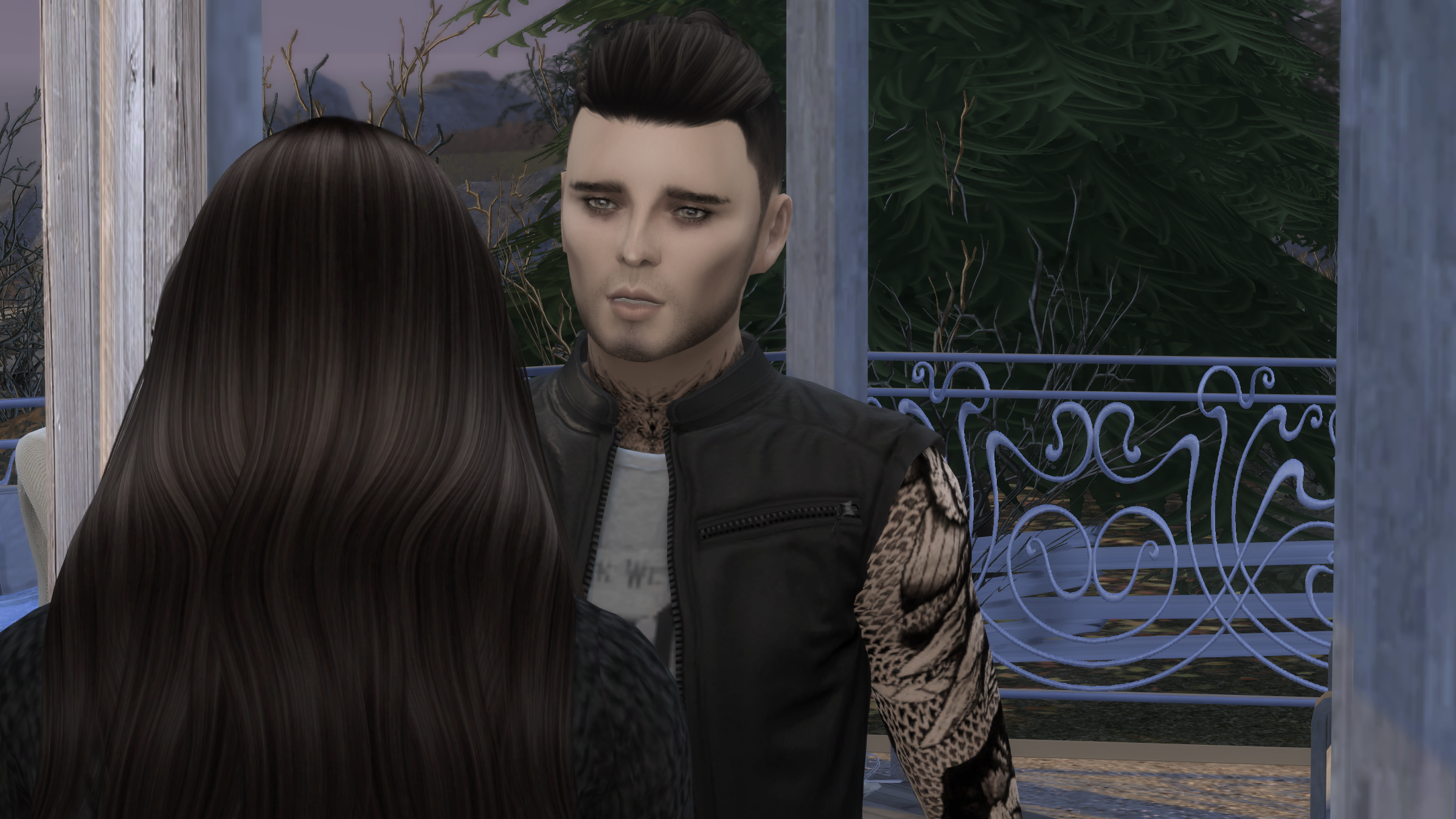 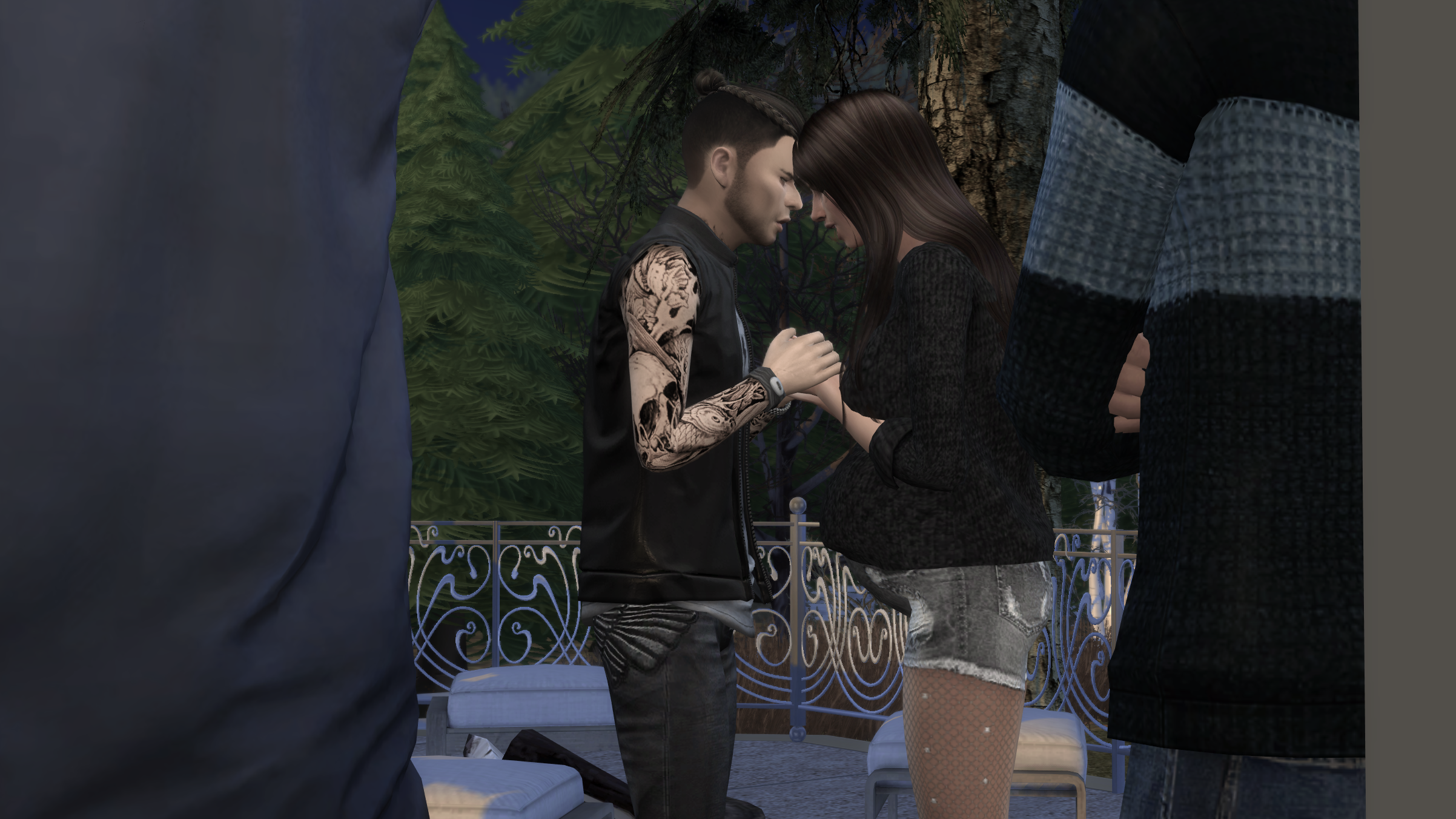 “Bri, look at me. You are the very last person here to blame.” 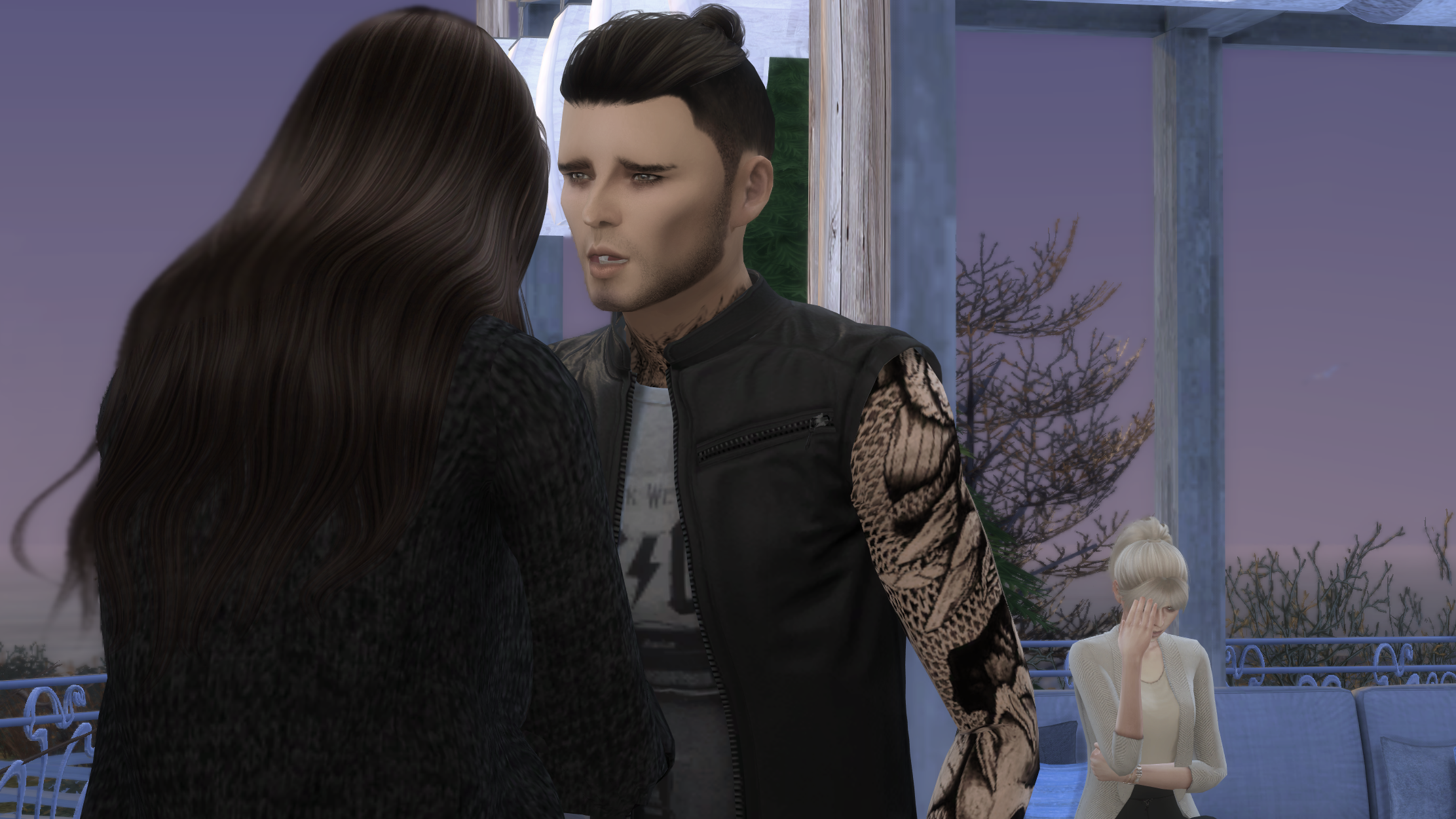 “I thought you would hate me now, Stryker. We are not out of the woods .. something really terrible could still happen, but I just couldn’t lay there in that hospital room with the beeping and the smells …  I am so glad you are here now. I really thought you’d hate me …” 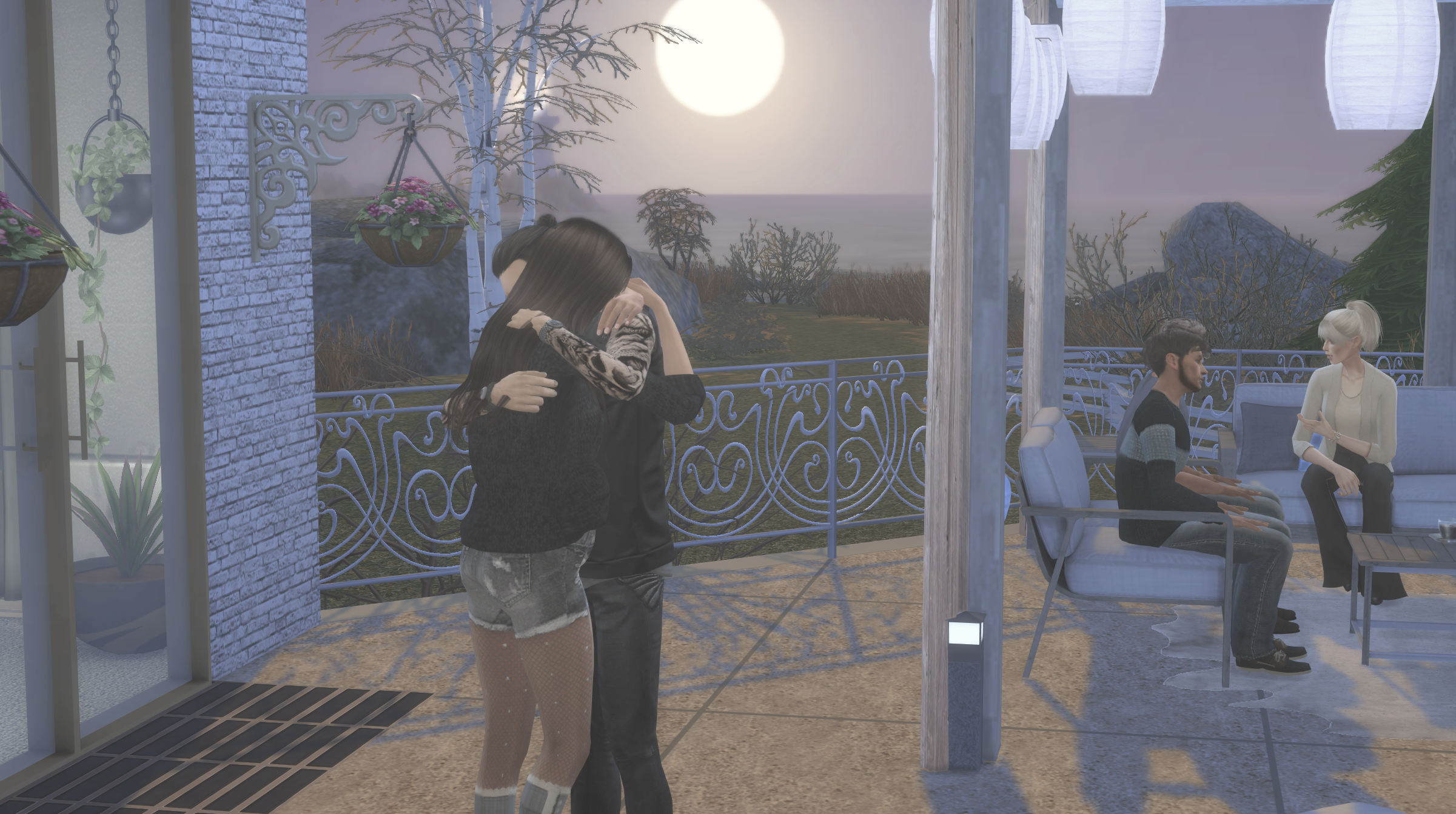 “WHAT?! I could never hate you. I tried, a long time ago, but even then I couldn’t. I guess even then I already loved you too much …” both froze and stared at each other when they realized what he just said. 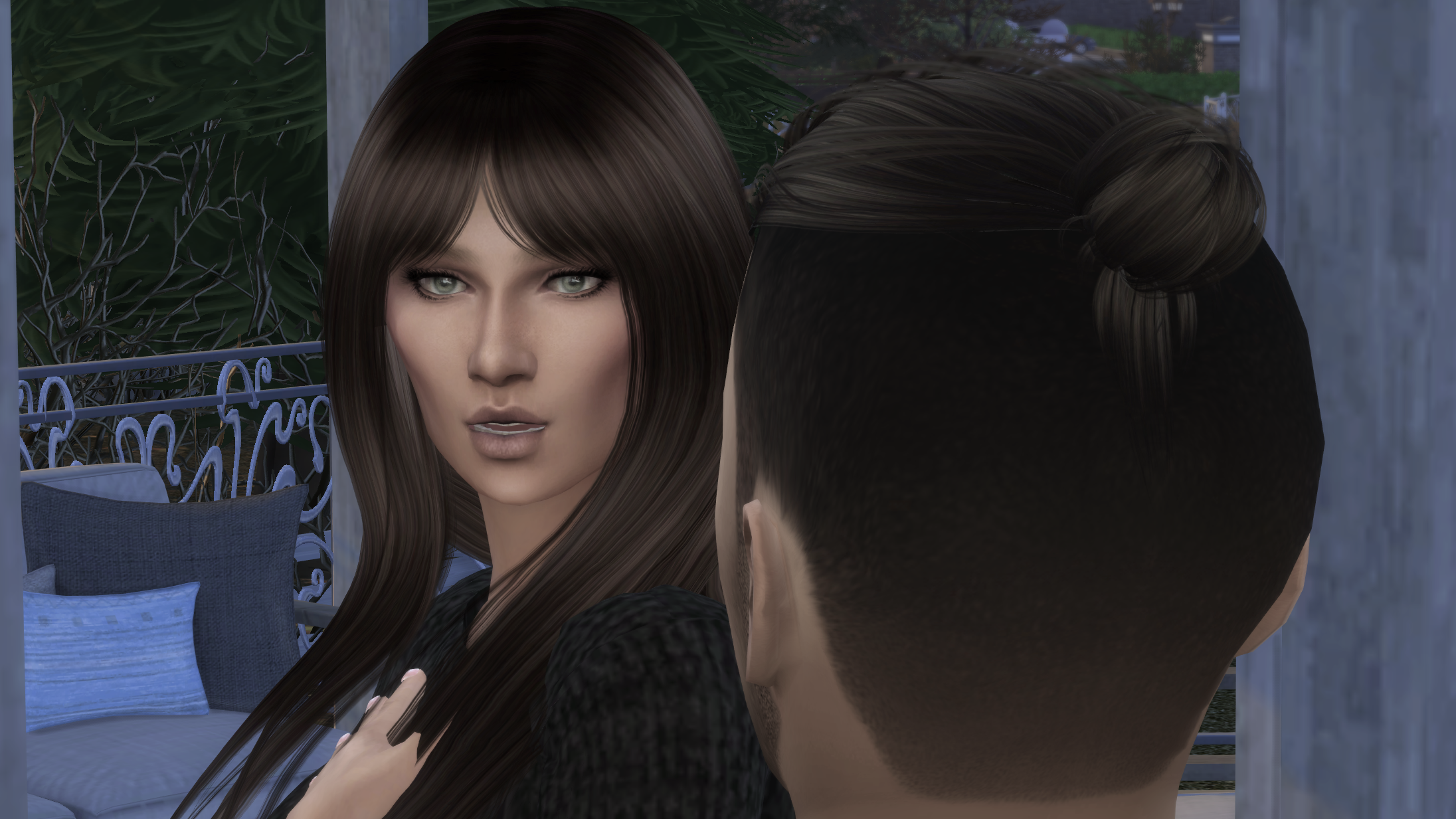 Briar Rose and the baby did make it past the 24 hour mark and everyone breathed a sigh of relief. Even after it would require very frequent visits to the doctors and she was under a lot of restrictions. While there was still a slight chance things could go wrong, they were out of the worst. She was mostly on bed rest and taking a semester off from college until after the birth. Stryker stayed over at their house a lot, sanctioned by her parents, so at least Briar Rose was never alone while they were at work.

The weekend following Bri’s drama was the one Chase had invited Piper for dinner to officially meet his family. 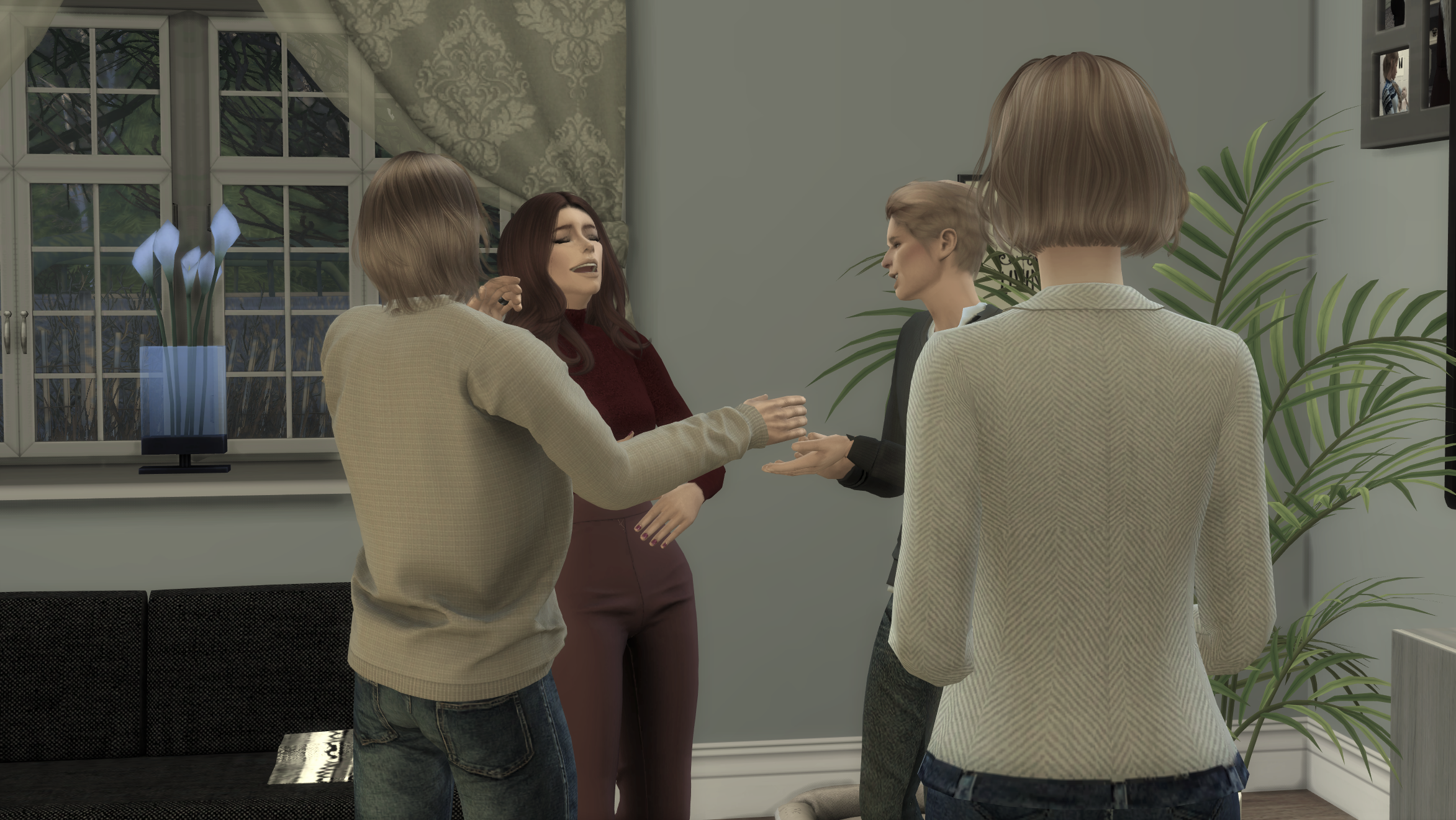 Chase’s nervousness dissipated quickly when his mom was her usual warm self and his dad had them all rolling with his usual jokes, it started out great, even though Kiera was late. She had been out with Logan and was supposed to be there for the dinner, so all was delayed waiting for her.

When they finally arrived, Kiera was beaming.

“Mom, dad, Chase – oh and hi Piper … Logan and I have big news. He asked me to marry him! I said yes!” she squealed and held out her hand with the brand-new ring on it. 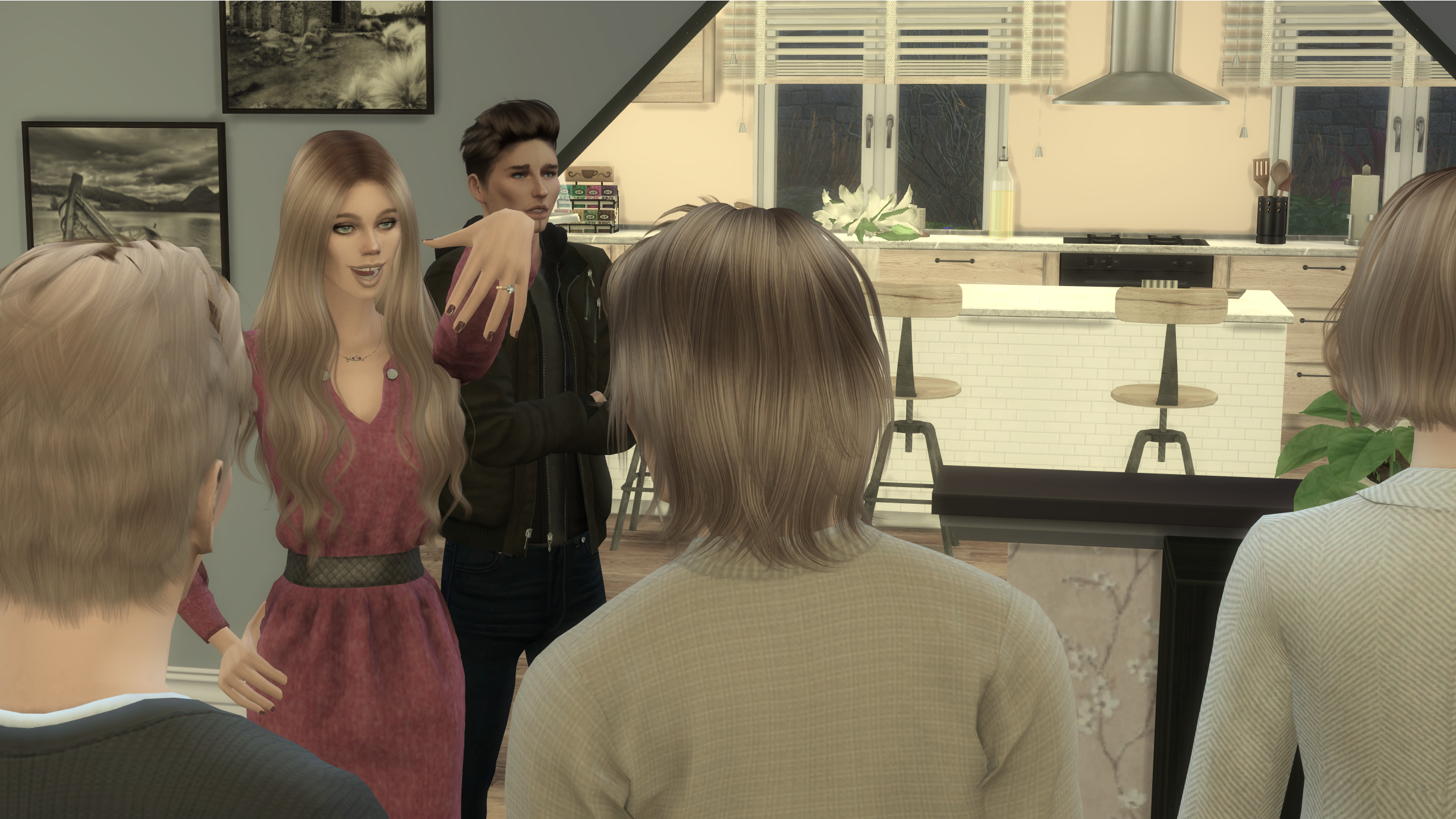 While Hailey immediately congratulated and hugged her daughter and soon-to-be son in law, Chase and Blake said in perfect unison

“Life shall now resume as scheduled with one girl’s yearning for a ring satisfied at last.” Blake added theatrically.

“And my ears will finally quit bleeding from my sister’s wining about being an old maid one day, even though her boyfriend practically has his mail forwarded to this house.” Chase one-up’ed his father.

This earned them a less than amused look from Logan. 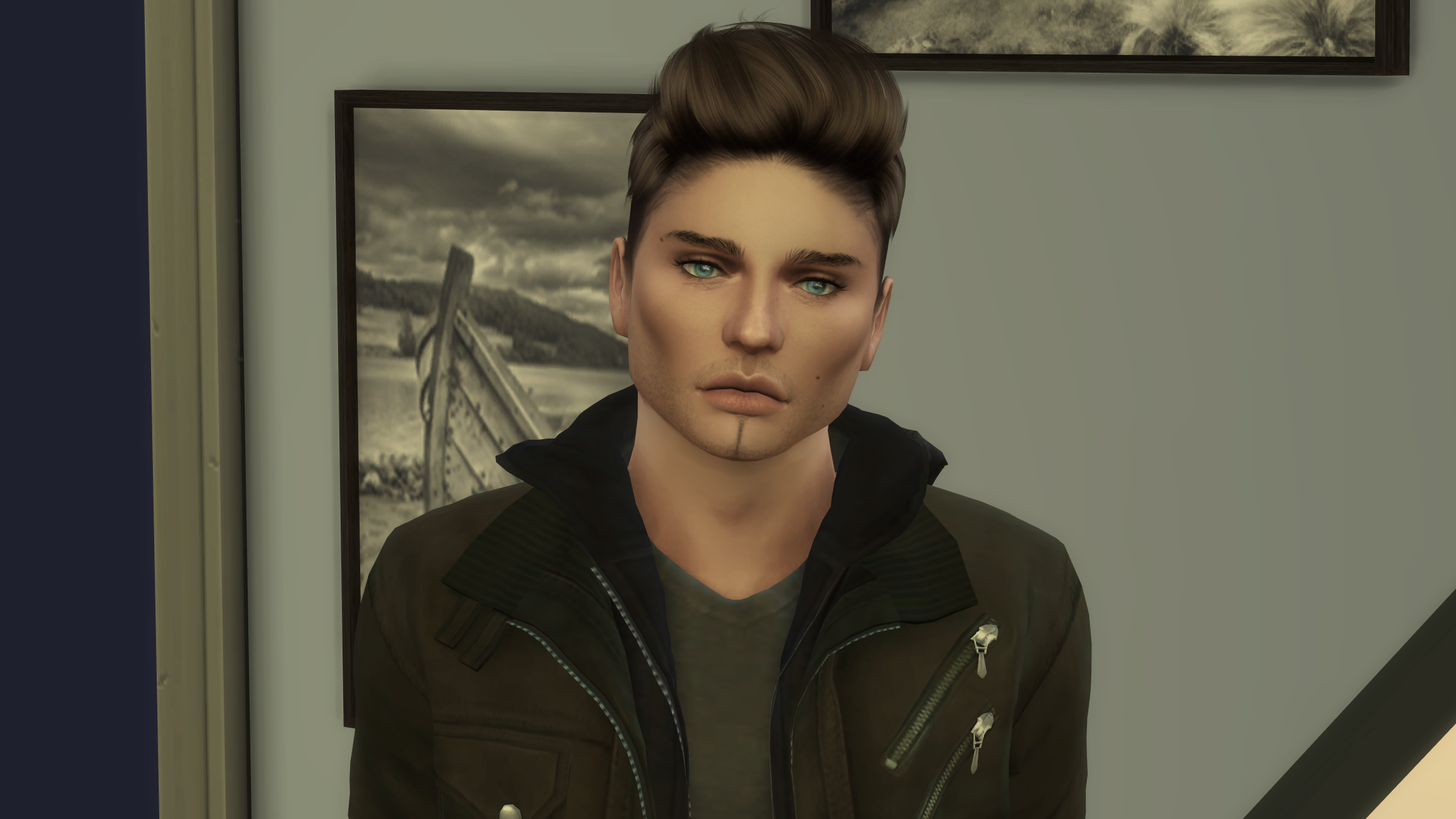 As soon as dinner was dished up, he had recovered. He was used to the Cameron ways, after all, he had been Kiera’s boyfriend for several years now and really did spend most of his time here. Nobody was save from their humor and teasing. Just a sign they liked you and that you were part of them.

The dinner atmosphere was pleasant, the dinner conversation was much fun and animated. Piper visible felt accepted and integrated.

The goodbye from Piper was long drawn out as Chase really would have preferred her to stay but knew there was no real room in his single bed. Just too awkward.

Meeting her family the next day was initially scary to Chase, but they had actually invited his parents and sister along, and having them there made it a lot easier on him and all went over very smoothly.

Already.
Now what?
What came next?
Just coasting until either or both felt something needed to be changed?
Why was everything always so complicated?

Stryker was quiet, sitting next to Bri on her grandparents’ couch, as Ethan, Elias, Sarah, Blythe and Briar Rose were in an avid discussion, laughter and grimaces abound. The topic was: baby names. 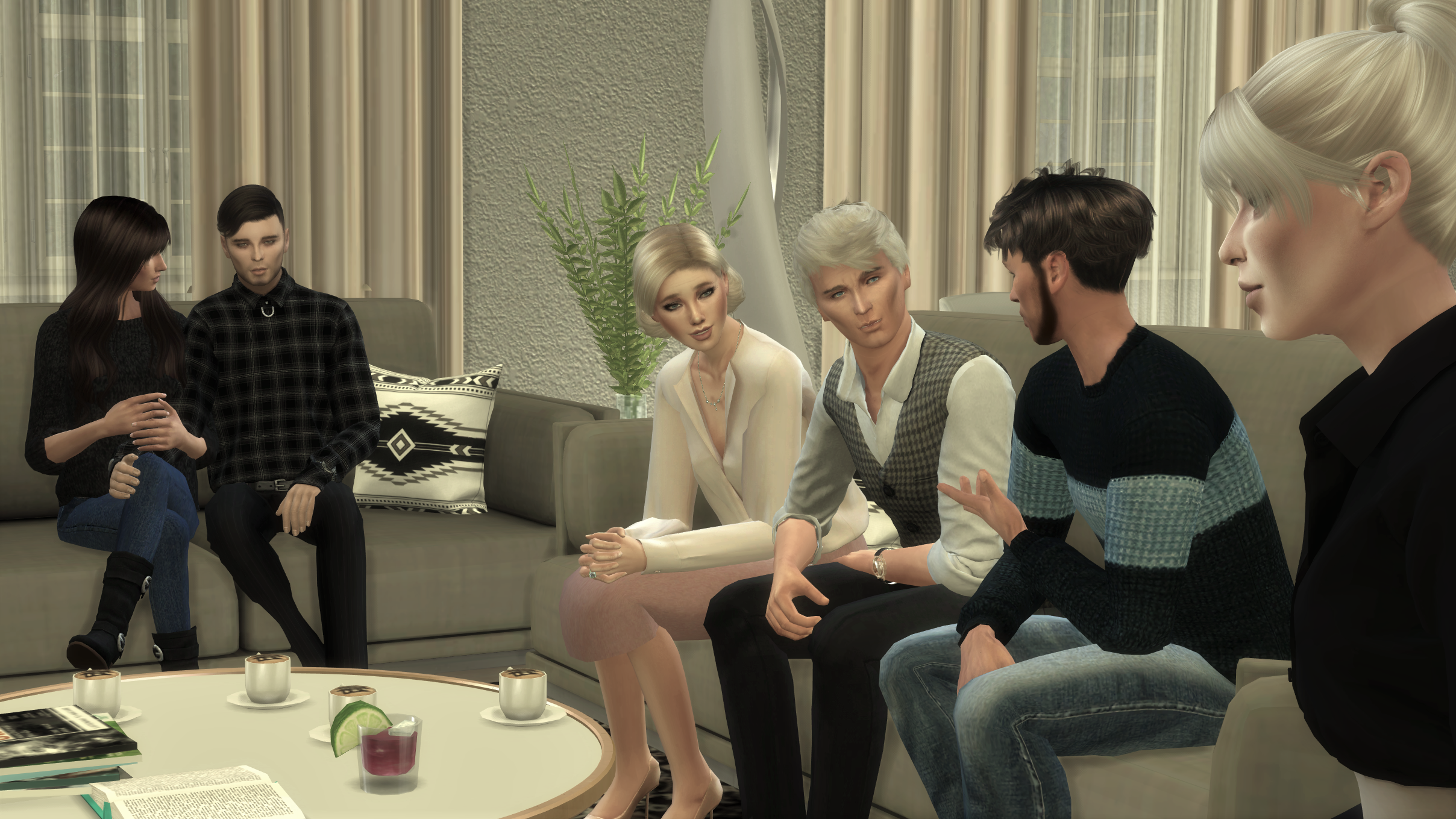 “You haven’t said a word so far. It’s your daughter too. You should contribute, baby.” 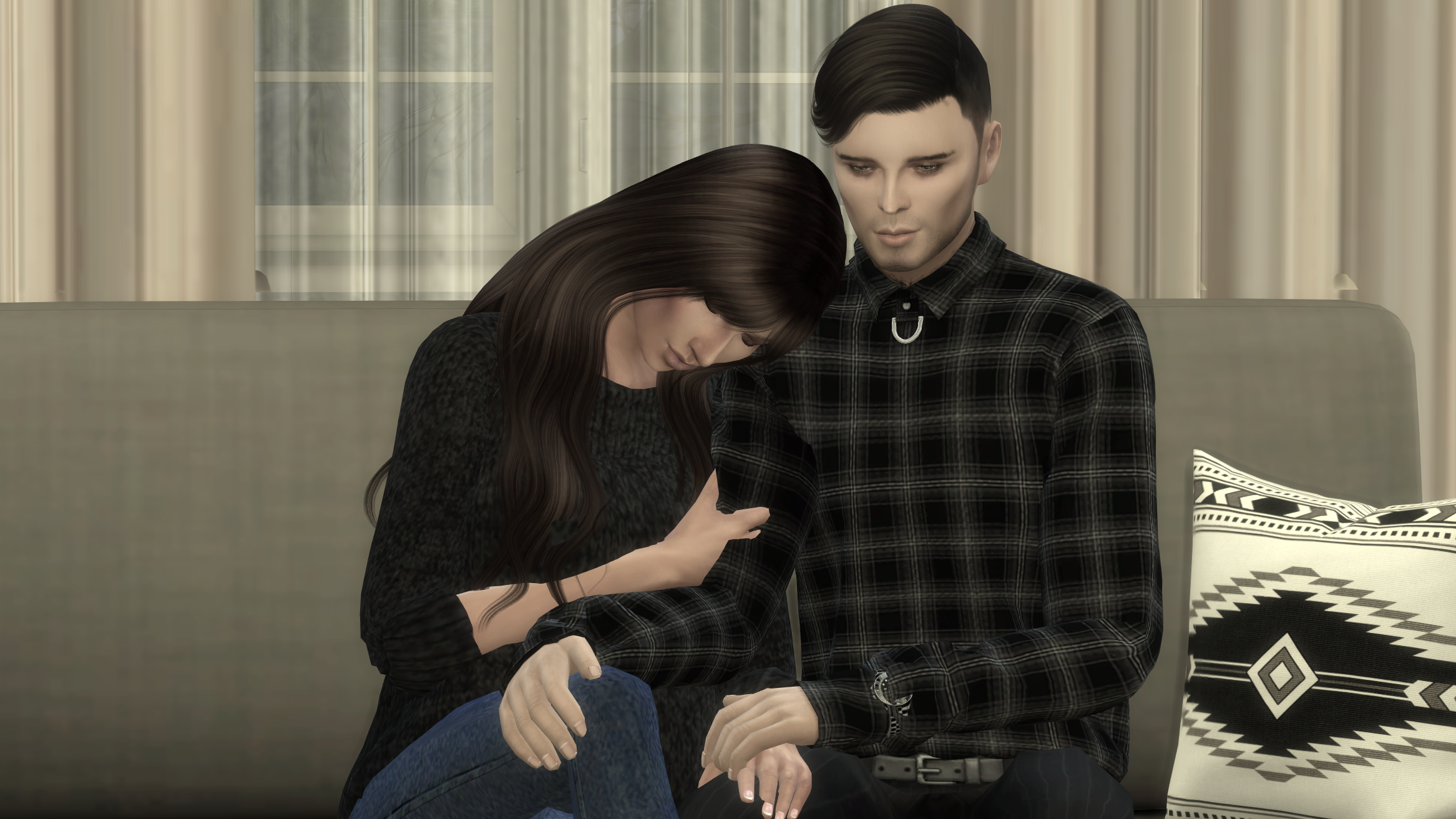 He cleared his throat, then said

“Oh, that’s pretty. I like it a lot!” Blythe said right away.

“I do too! It’s perfect! Did you just come up with that?” Bri agreed. 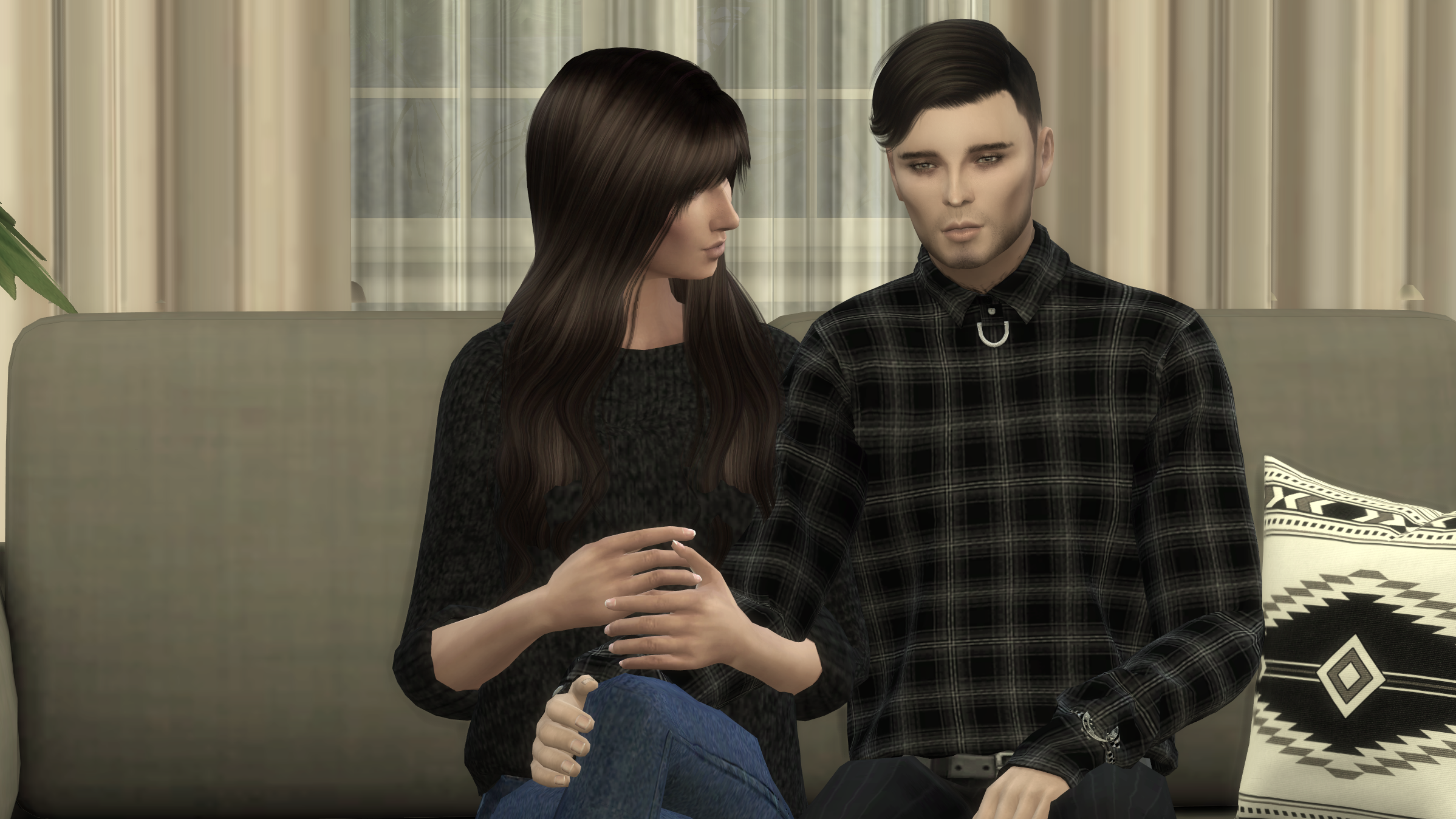 “It was my sister’s middle name. And pretty fitting in our situation.” Stryker said very subdued. 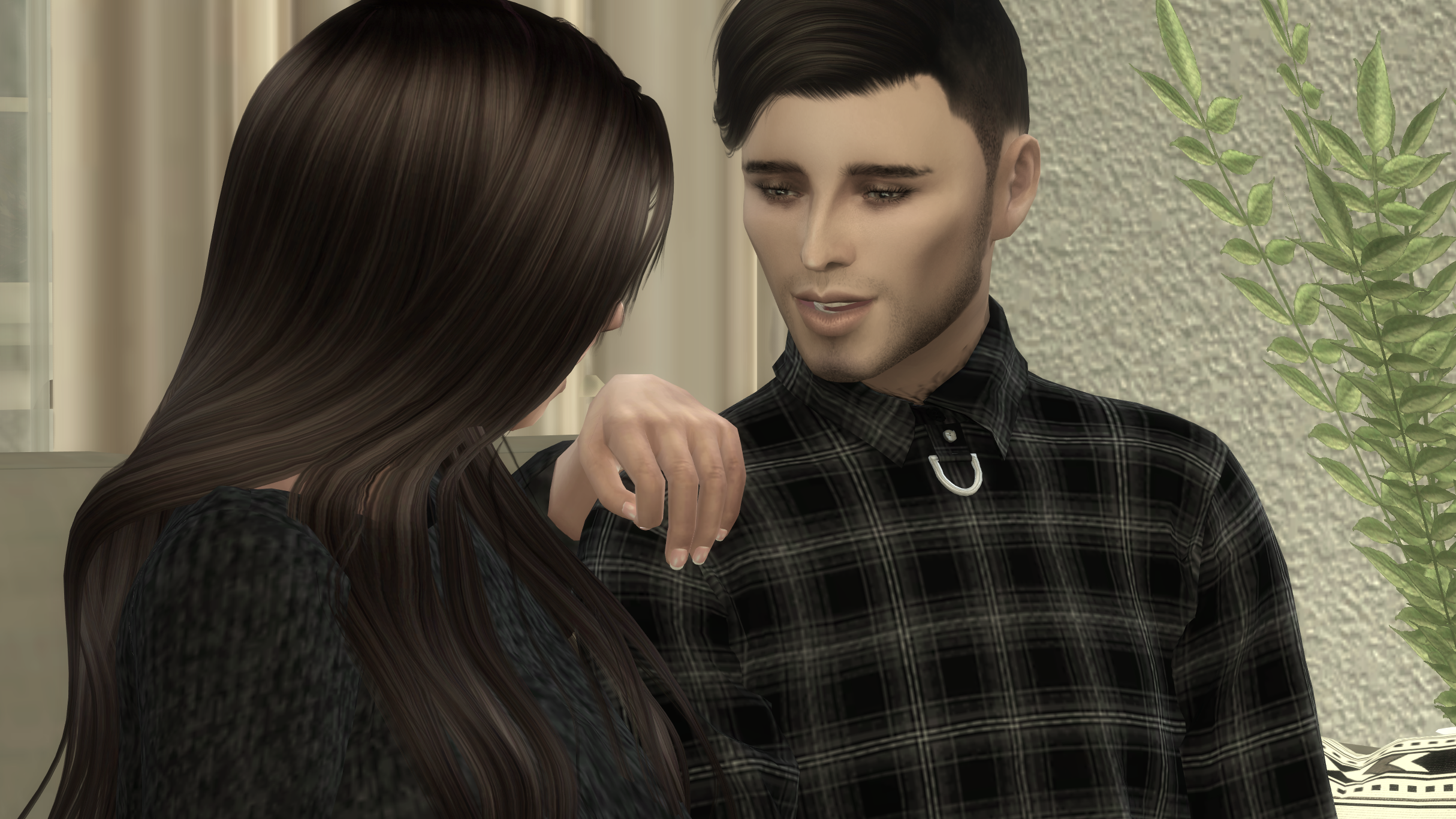