He moaned in pain as he was coming to and a hot flash of shock went through him when he noticed immediately that his brother’s body was gone.
No body, no blood.
Blood?
Strange, Blake could not recall any blood.
He turned his hands before his eyes.
No remnants of blood.
Strange.

On one hand Blake was relieved, seeing his brother’s blood or his dead body would have driven him mad. 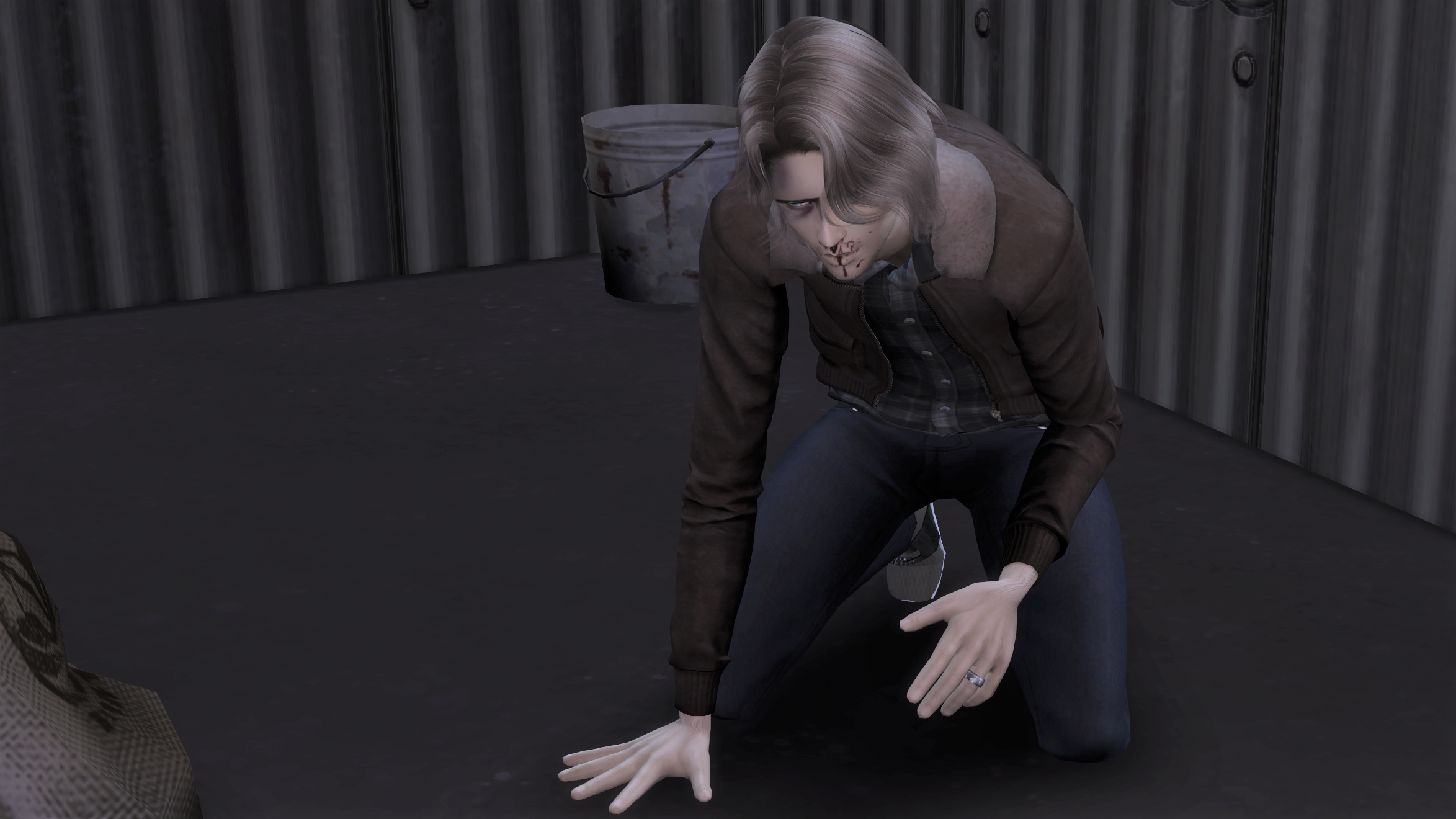 But – didn’t you usually bleed a lot when you got shot? Maybe it was some special cop weapon Cory had stolen from his father. Blake could barely remember the shot, it sounded so muffled. Definitely something modern, fancy.

Either way, he remembered his brother’s gaze break, remembered his eyes glaze over. He did not imagine that, nor the feeling as all of Eli’s muscles relaxed at once and he became incredibly heavy. Blake shook his head as if this would shake the terrible memories away, trying hard to not let his emotions take over. 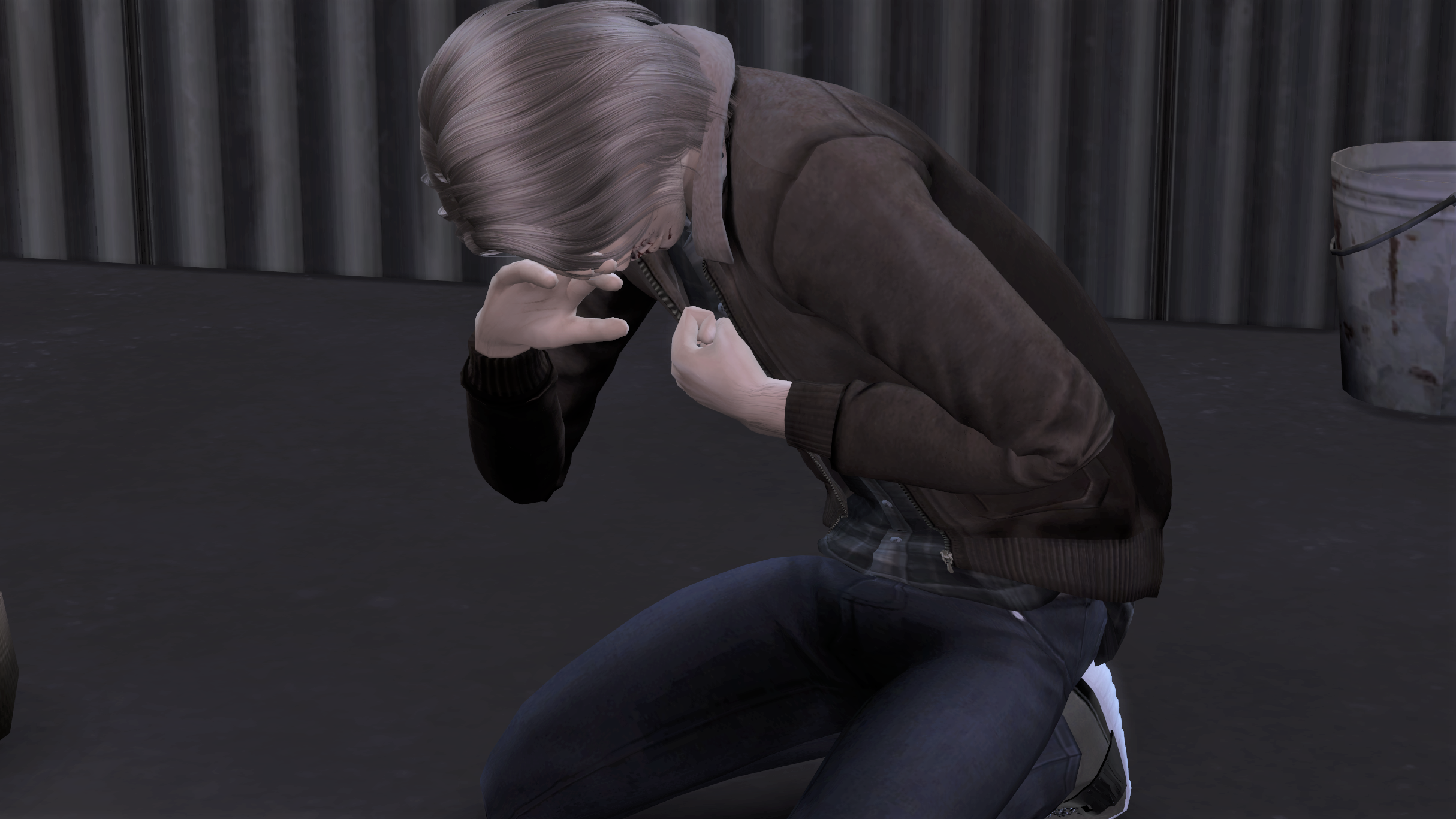 He was extremely hungry, thirsty, in an excessive amount of pain, physically and emotionally,  he felt himself getting weaker by the second. Staring at the ground where Eli had died, wishing it would have been him instead.
At least he wouldn’t have to feel any pain nor this desperation.

Idiots was what Cory kept calling him and Eli.
Insulted by a murderer. Soon to become a double-murder, Blake felt he wouldn’t last much longer.
Killed at the hands of the son of a cop. Or whatever Cory’s father was.
Cory had not been back in what felt like days, since he took Eli. It had been hard to tell time before, ever since the second hit on the head and his weakened state due to hunger and thirst, Blake had been fading in and out of consciousness a lot. 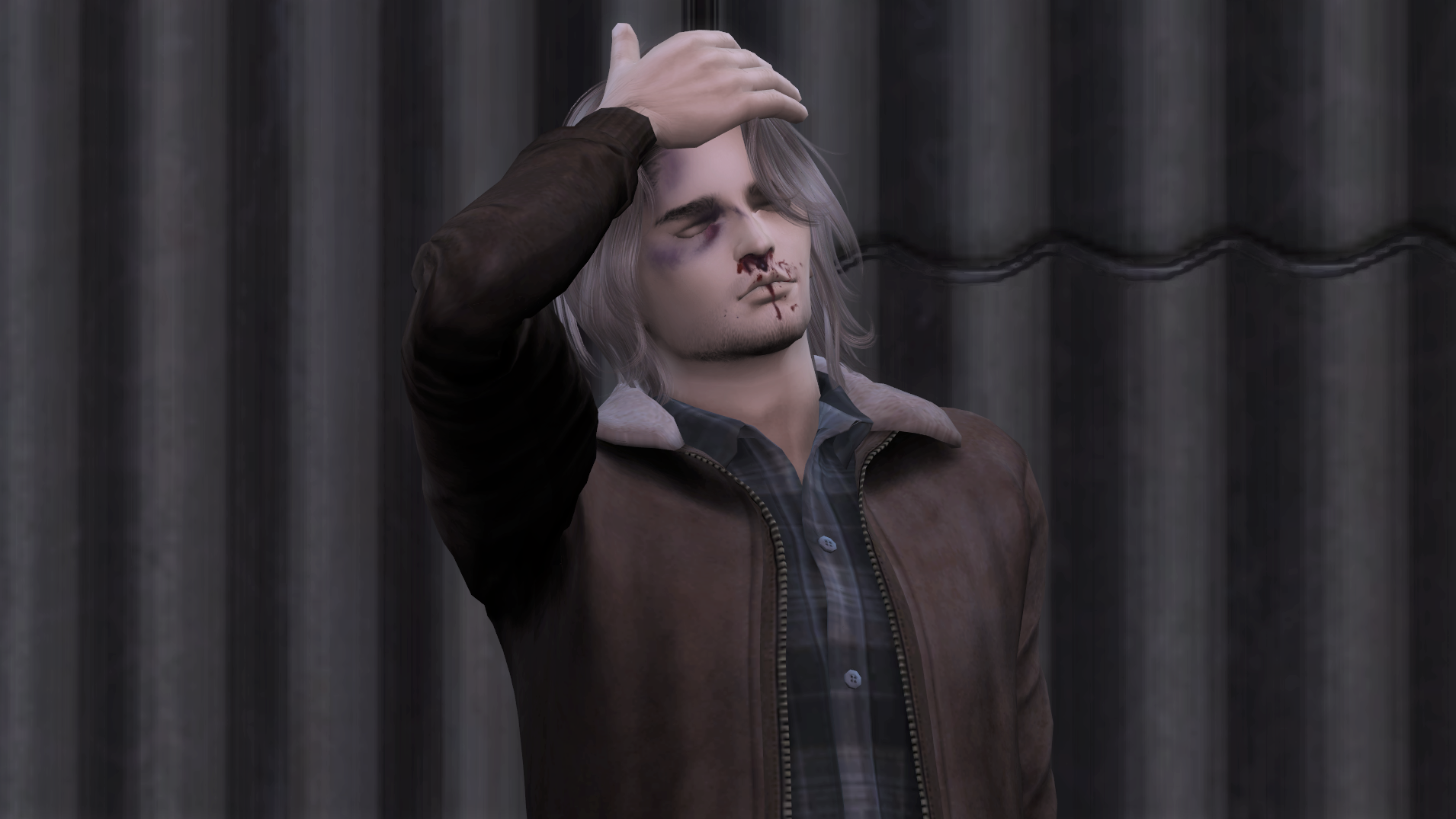 Would he really have to die here? Slowly starve to death or die from dehydration?

Blake fought himself up to a standing position. His old wounds throbbed, the new one where Cory had hit him over the head with the handle of the weapon hurt, he felt nauseated, an almost constant feeling of late.

He tried to walk, stumbled and tried to catch himself when he felt himself flung forward and outward, stumbled unstopped until he hit the ground where he landed hard. 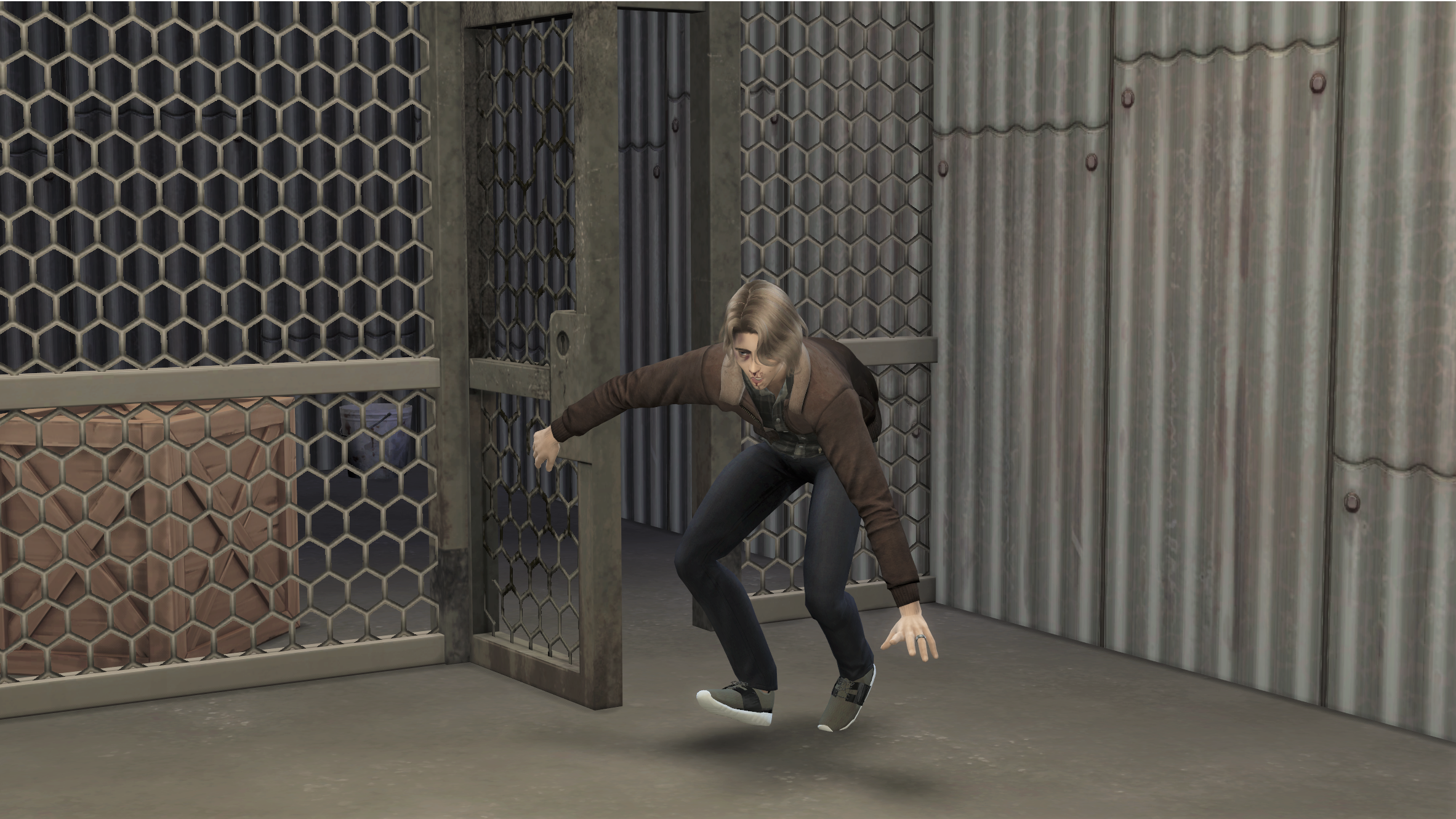 On the floor it took him a moment, then he sat up, everything aching again when he looked around, confused. It took him a few moments to grasp what had happened. The door was unlocked, it opened and the momentum flung him out and on the ground outside the cell while the door fell back shut, spring-loaded. 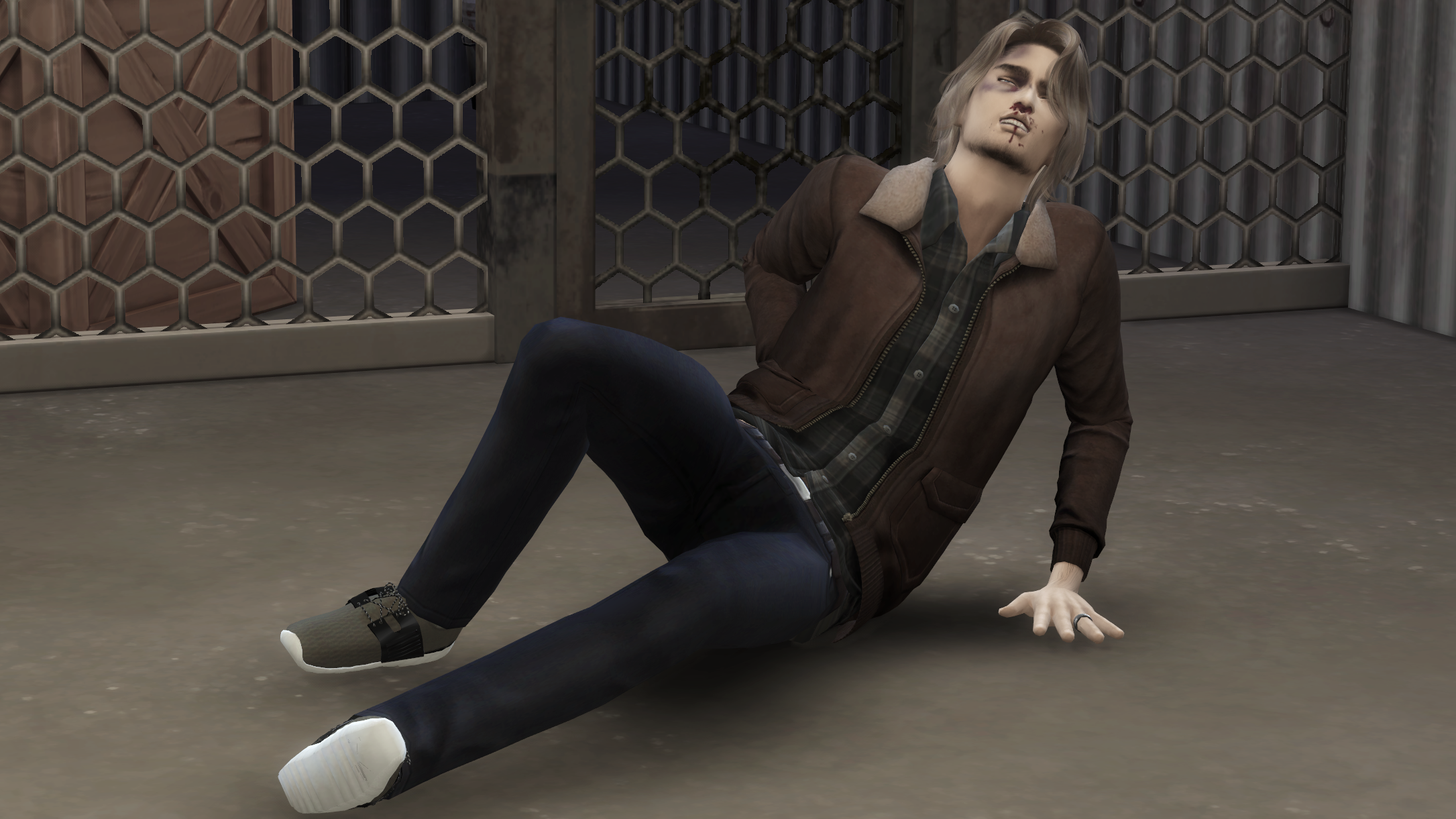 Wait, what?! The door had been open this entire time? Or did Cory forget to lock it when he took Elias? Blake tried to think back and never recalled hearing the clinking of keys or hearing locking or unlocking sounds.
He scrambled up, tried the door and found it really was spring loaded unless you pushed it past a certain point where it would lock in an open position. 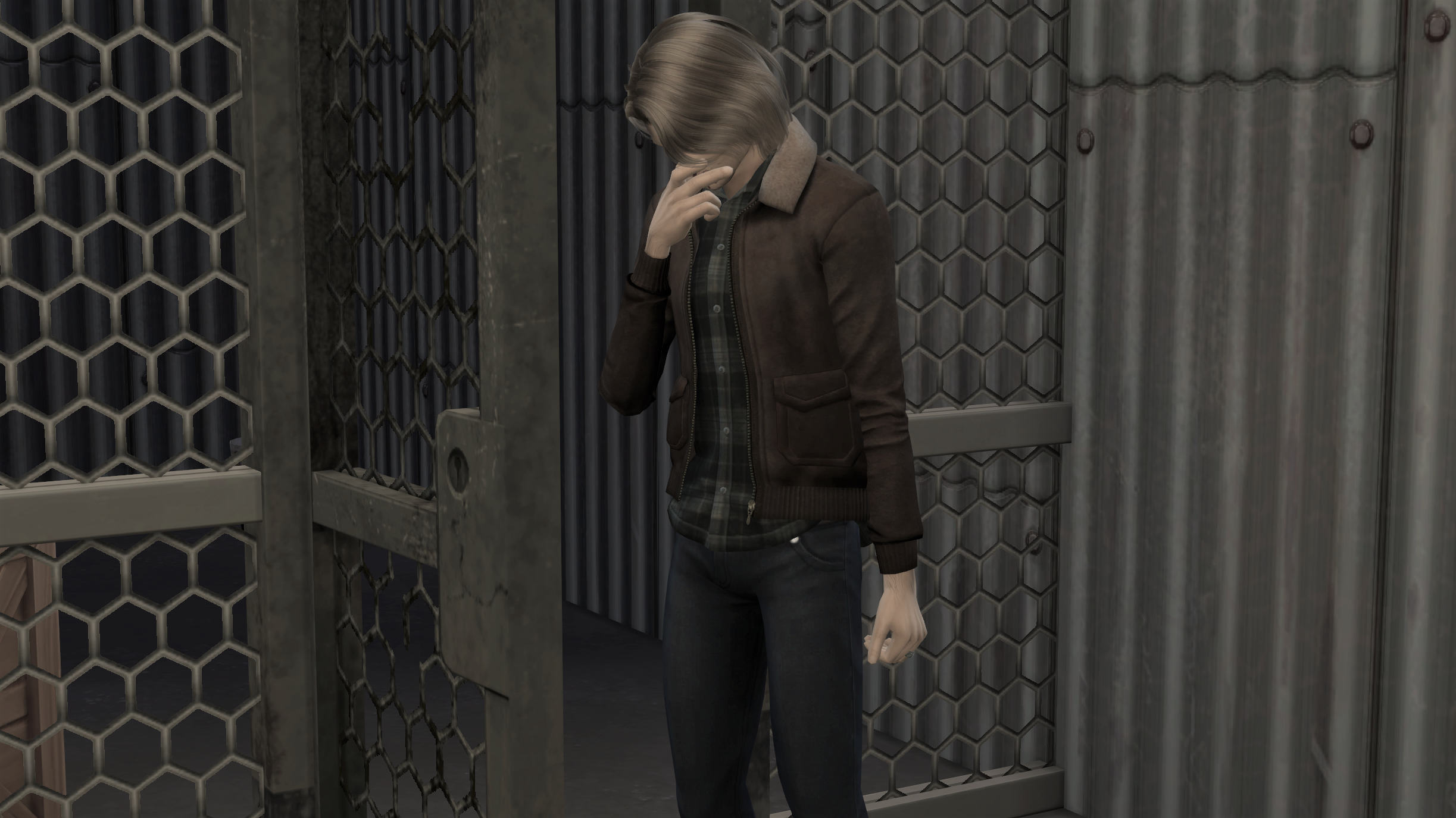 “Oh my God, we really are idiots. I am an idiot! How stupid can one person be?!” Blake began to beat himself up verbally, the sound of his voice raspy and eerie as it echoed off the walls.

‘Whatever, screw all that, I need to get out while I can!’
A spurt of energy came over Blake as he dragged himself up the stairs as fast as his weakened, distraught and injured state would allow him to, inhaled for a second before being face with another door. 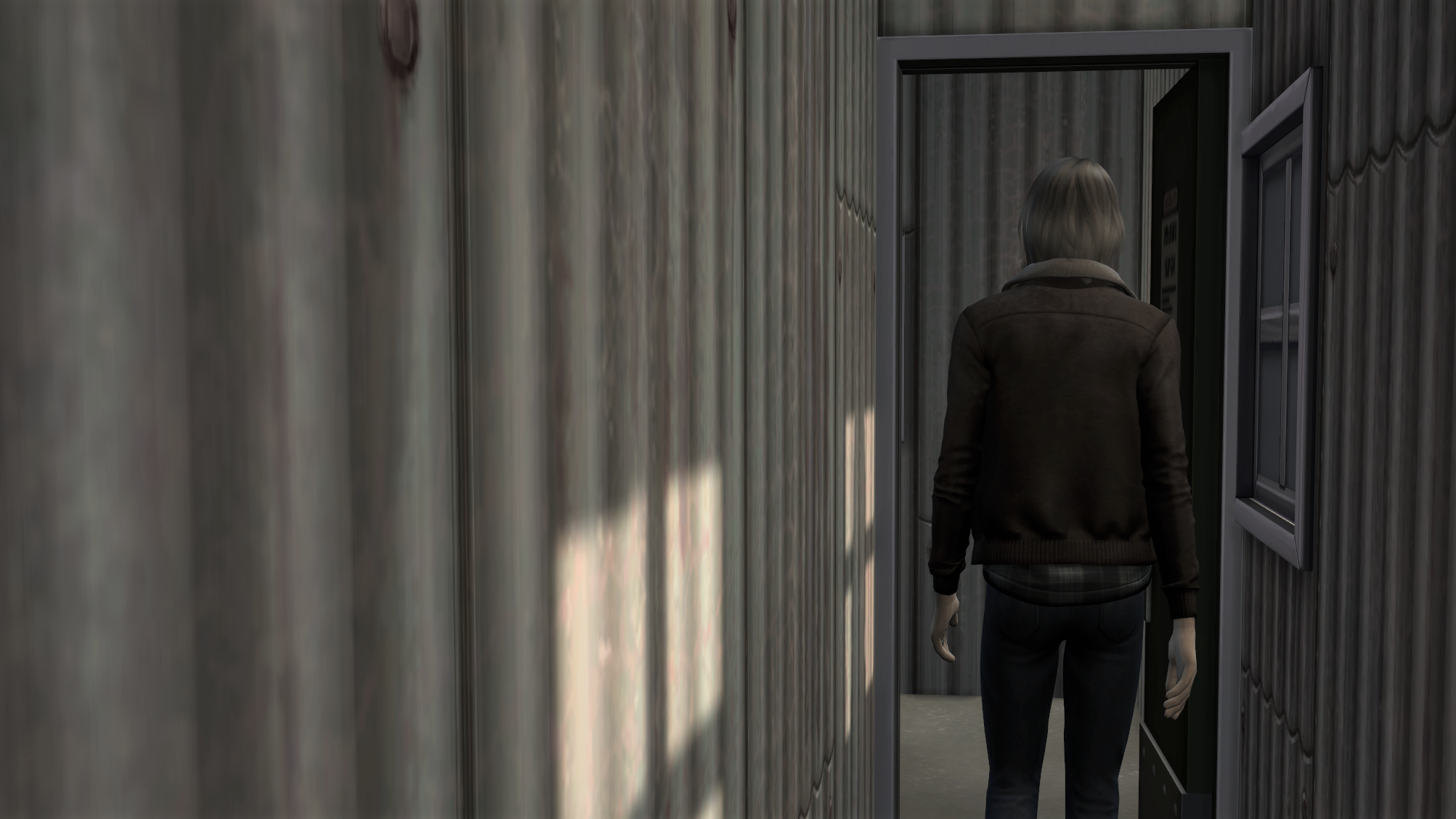 It opened willingly, even though with a loud, complaining creak, echoing off the metal sheet walls.

He stepped into some small empty shack, then towards another door, which also opened and was blinded by the sun. Outside! Freedom! 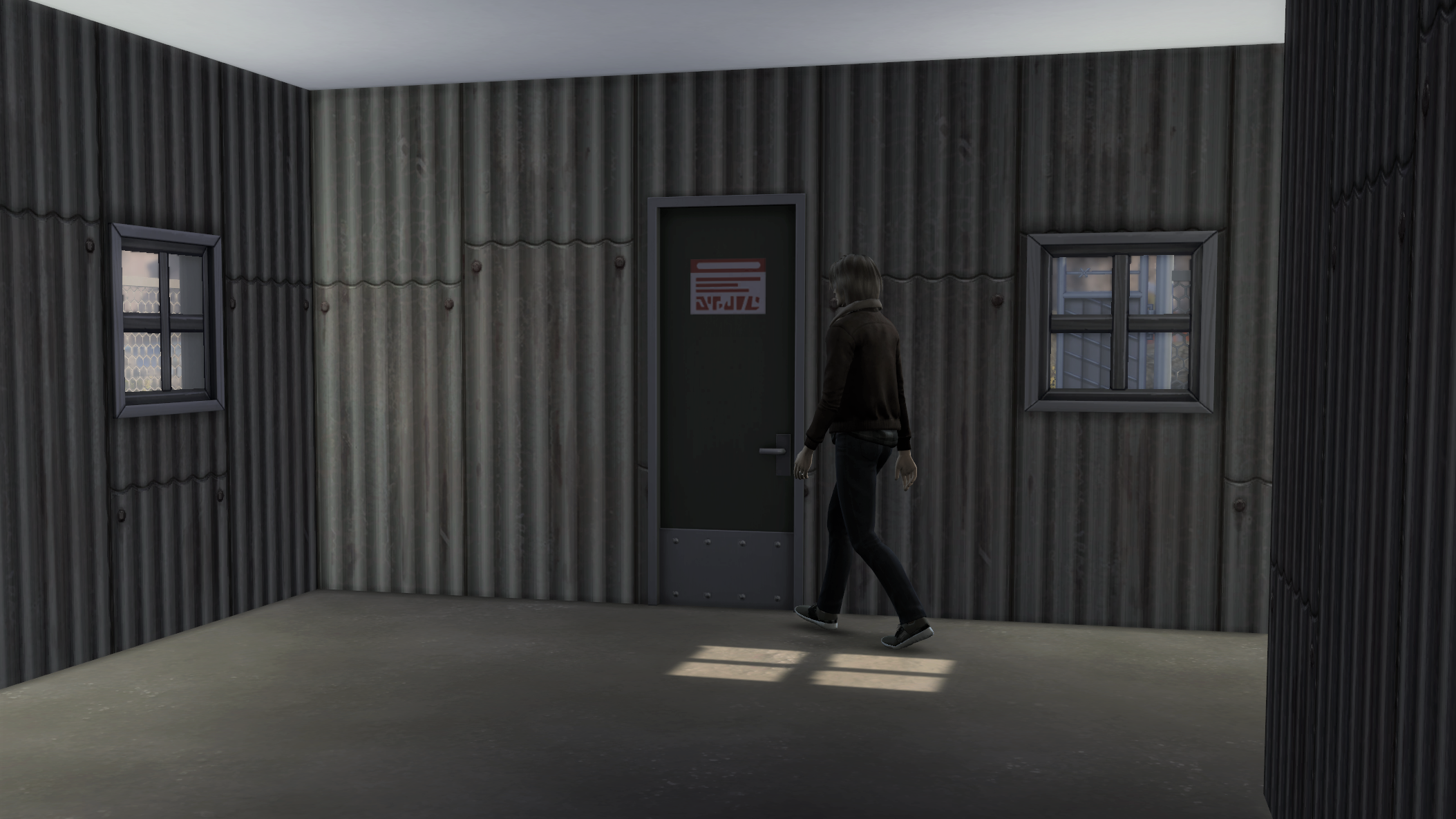 He was right, they had not even thought to try the door like most people would have. Just sat there like fish in a barrel … idiots! And now Eli was dead because neither of them thought to try a fucking door handle! Idiot! HE, Blake, was. Poor Elias, so young. He, Blake, was to blame. Why did he not try the damn door, at least once?! WHY?! 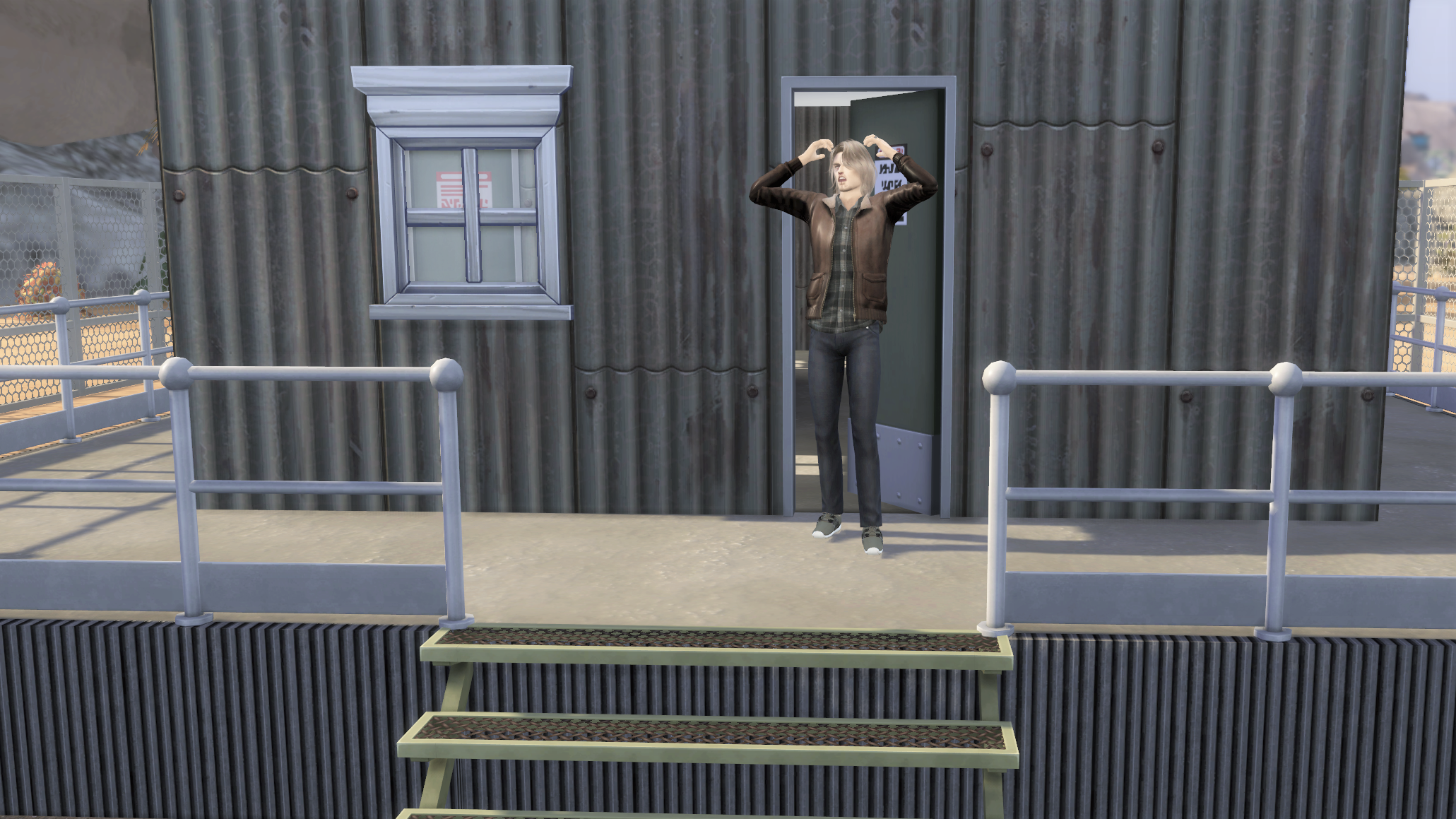 Blake’s head was hurting, probably the untreated concussion from being knocked out by a bottle, then a gun butt – his concussion probably had a concussion by now – add to it the starvation, dehydration, the stress, worry, mourning, trauma, …  he was in bad shape. 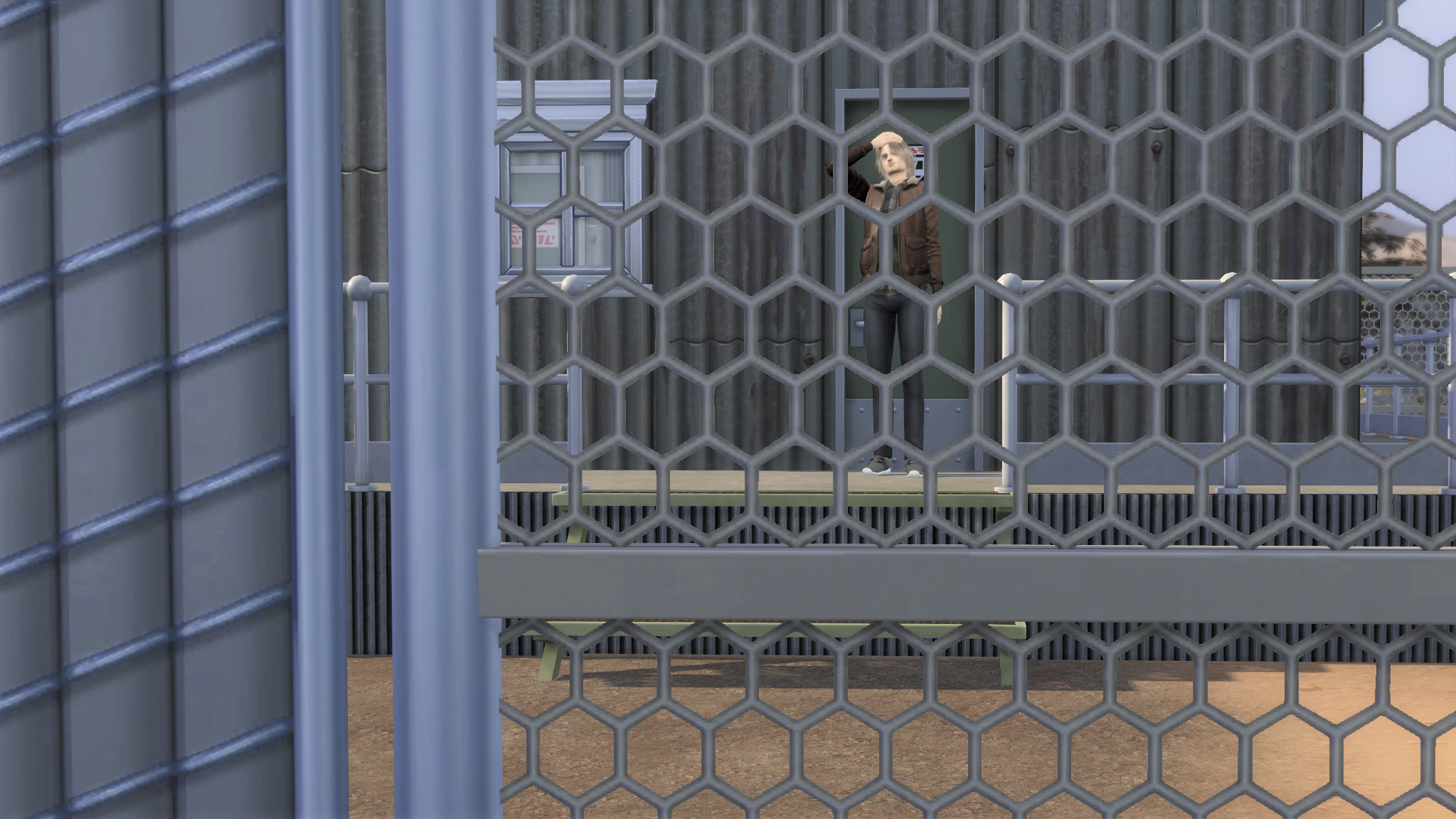 Dazed, he stumbled forwards, mostly blinded by the sun after many days in captivity in the dark …. everything just seemed too bright and he could hardly see where he was going, nor did he care, as long as it was far away from that place. 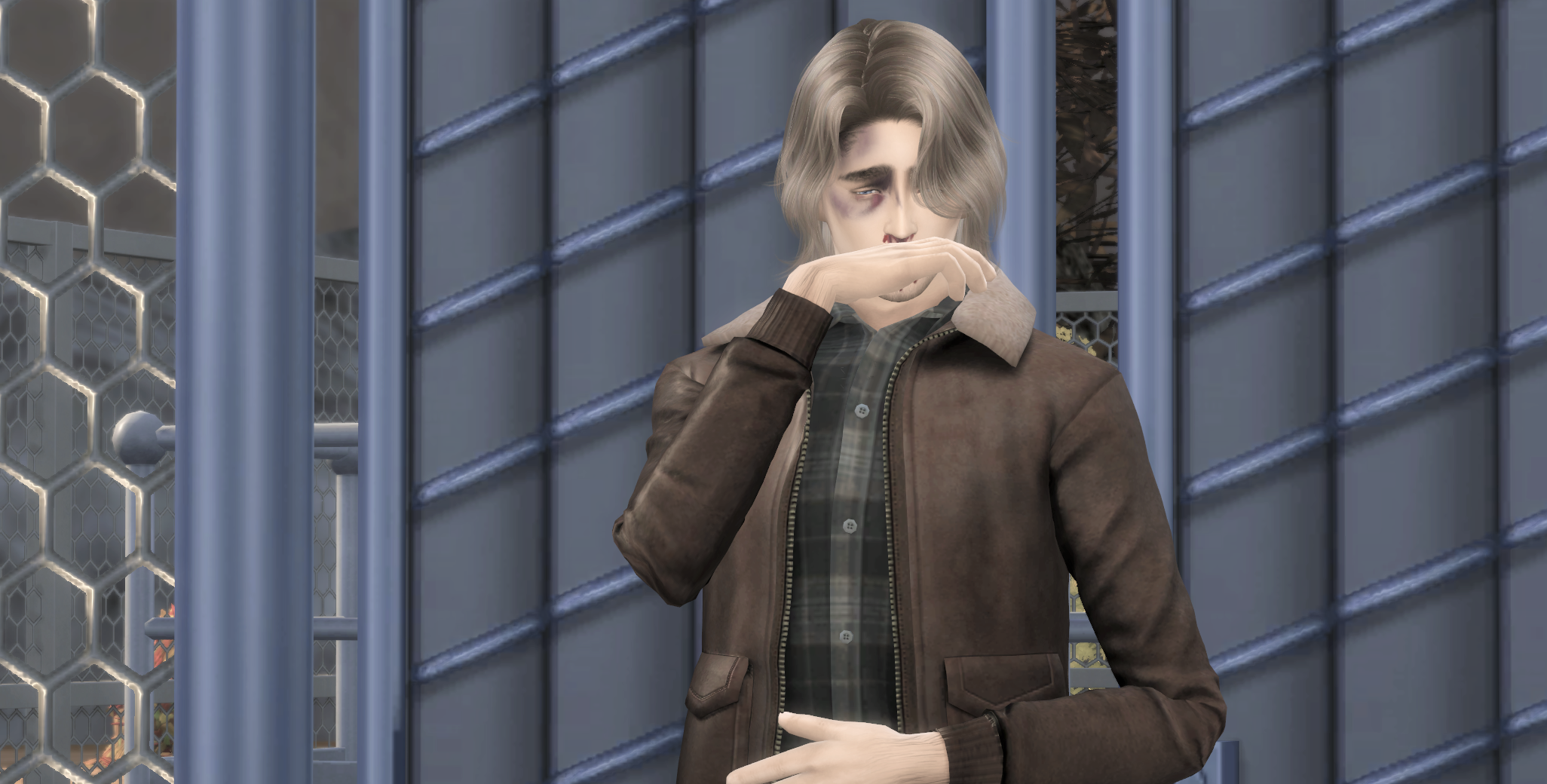 He felt the sandy ground turn harder beneath his feet, looked down and recognized asphalt, stumbling forward from the surprise and lack of coordination of his movements, when he heard a loud noise his brain wouldn’t compute right away. Honking! A car horn! It finally clicked in his head, he recognized tires squealing, the sound cars make when they are trying to stop on a dime to avoid crashing into something … 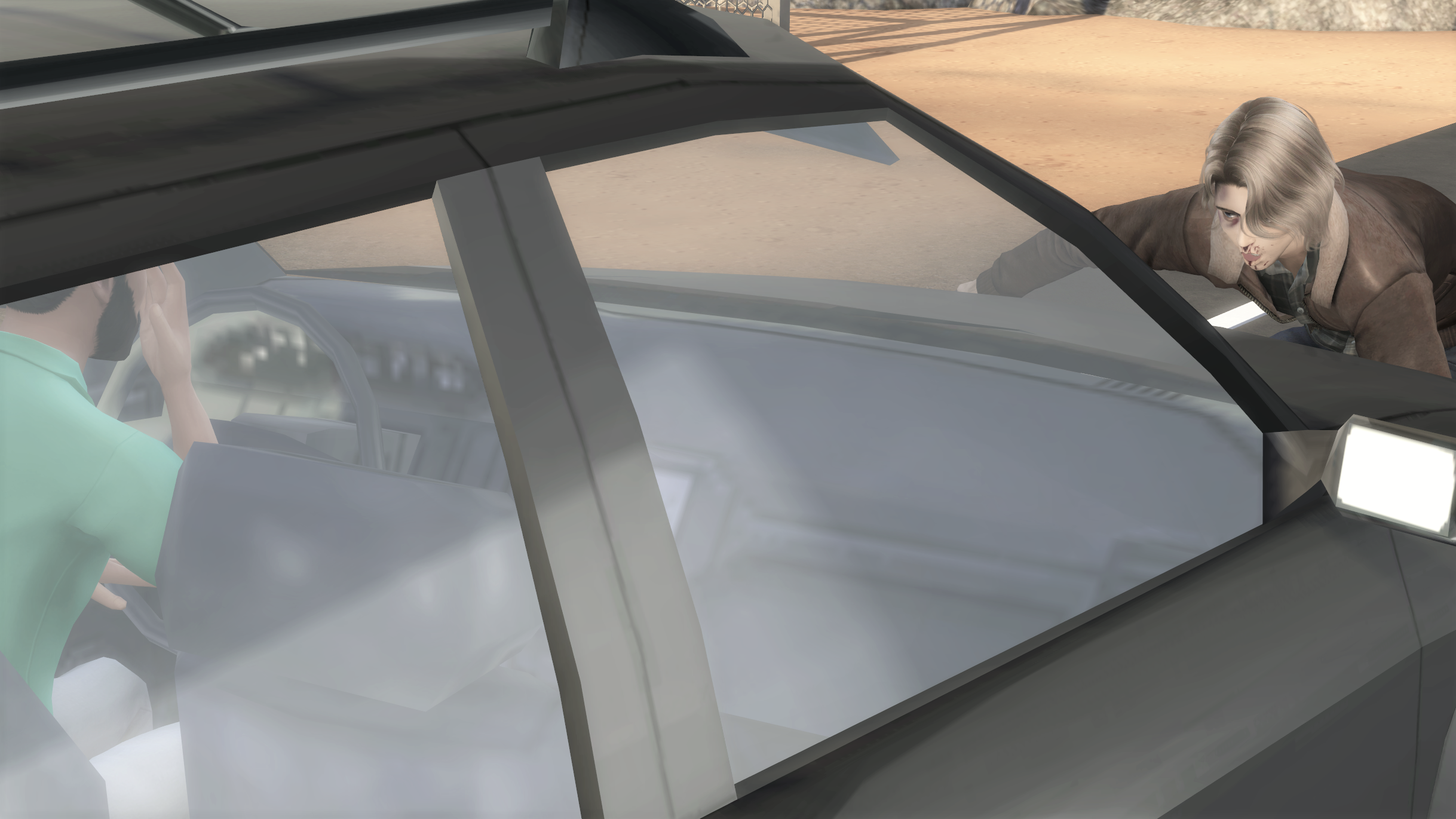 The last thing he felt was a numbing impact…