When it comes to love, there’s no guarantee that you wont get hurt, you just have to ask yourself is it even worth taking the risk.
~Unknown

Blythe and Ethan did their best to each honor the agreement that they should keep the romantic side of their vacation to themselves for the time being.

Elias was there to pick them up from the airport and both did their best to not feed into his expectation and hope that his parents could be item again. Too soon. 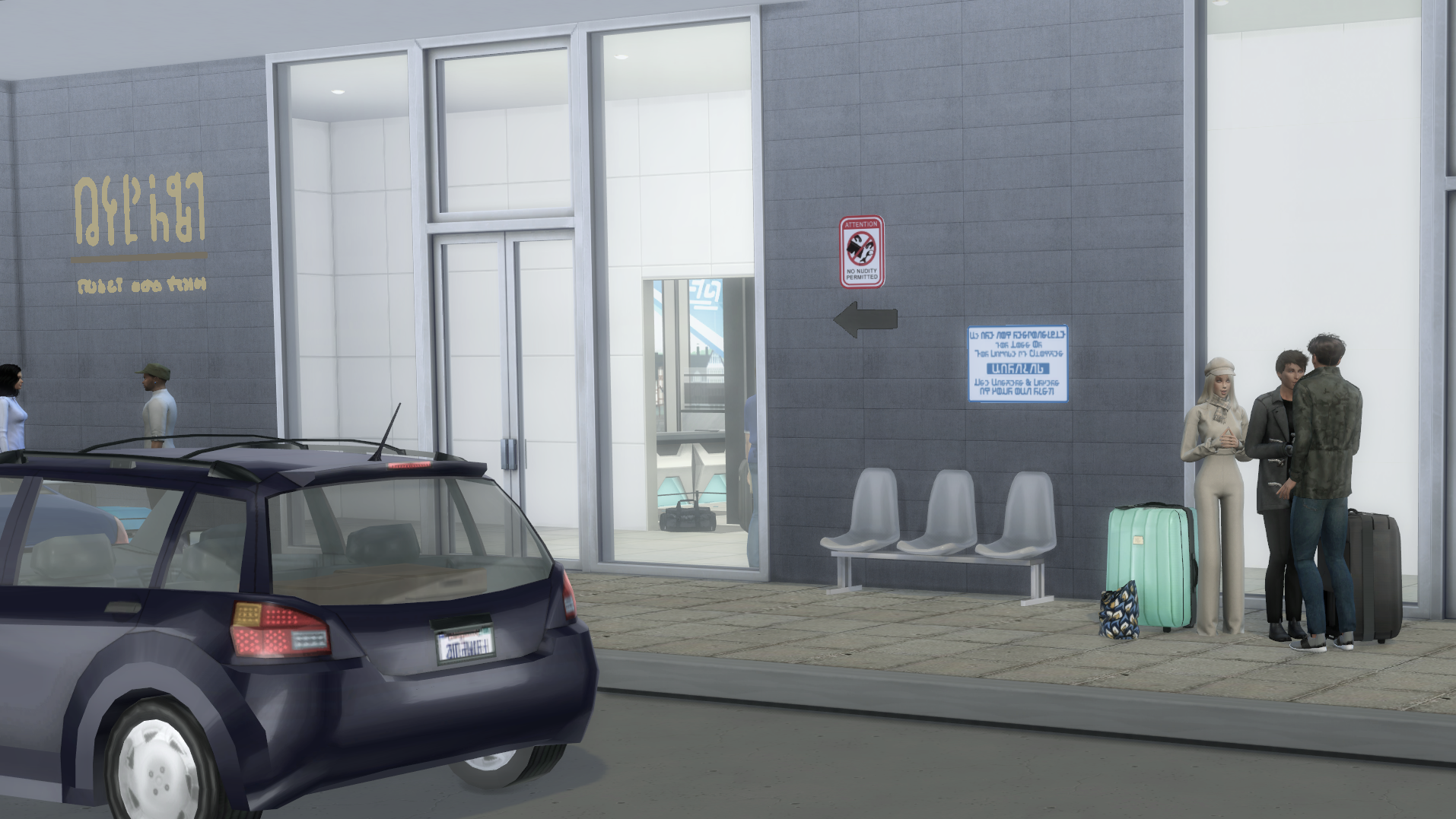 On the drive home, Blythe suddenly realized something wasn’t right.

“Eli, you missed the exit, honey. No biggie, just make a U-Turn at the next …” Blythe started, but he interrupted her right away

“No mom, didn’t miss it. I passed it. As in: on purpose.” he told her, shrugging unaffected. 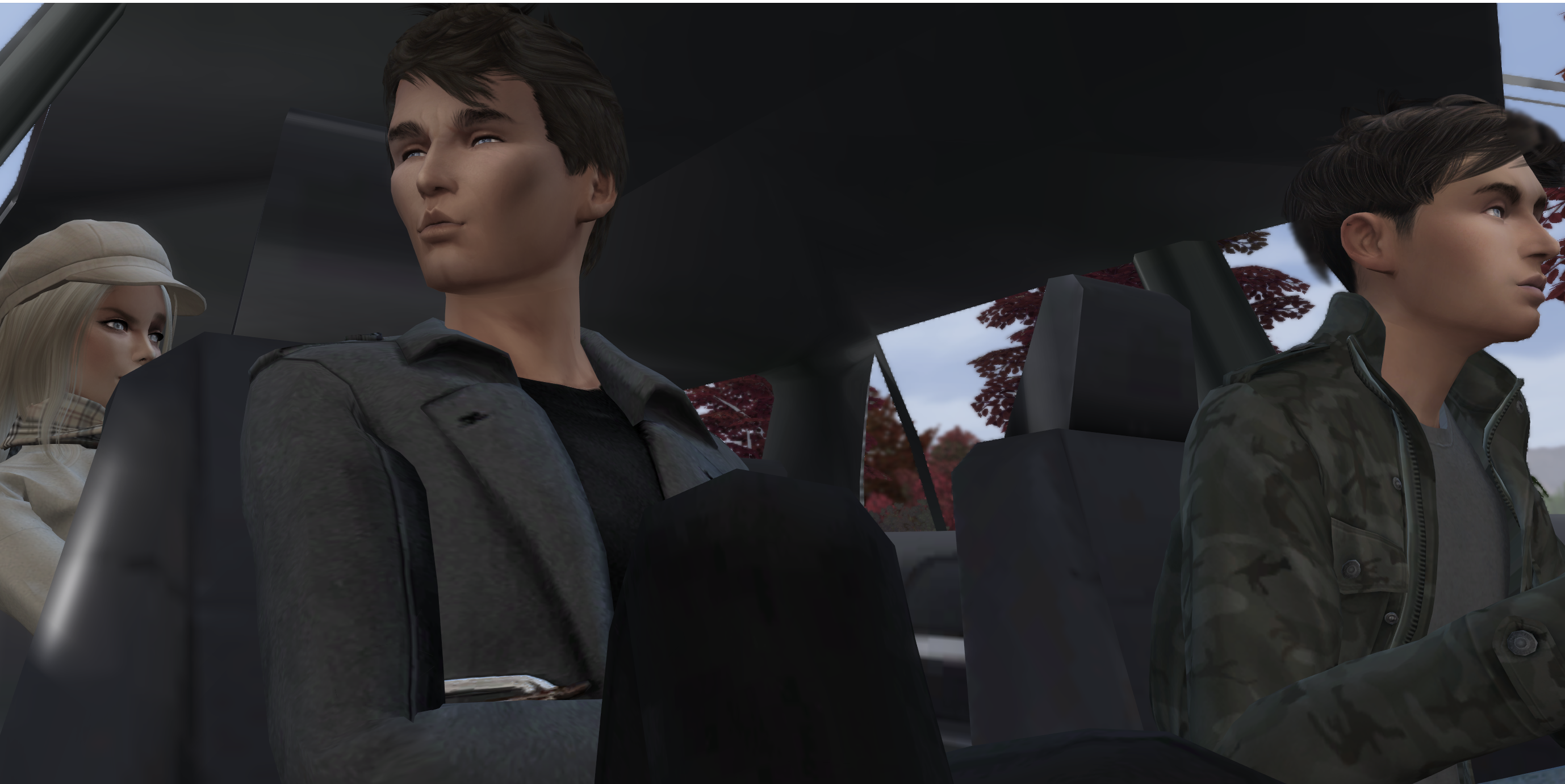 Blythe argued to her best ability from the backseat, after a hefty nudge from behind Ethan halfheartedly chimed in but Elias had already taken the Brindleton Bay exit and minutes after pulled into his and his father’s driveway.

As soon as he turned off the car and exited he got a phone call and in his usual flightiness, just started walking off, leaving his bewildered parents standing around awkwardly. 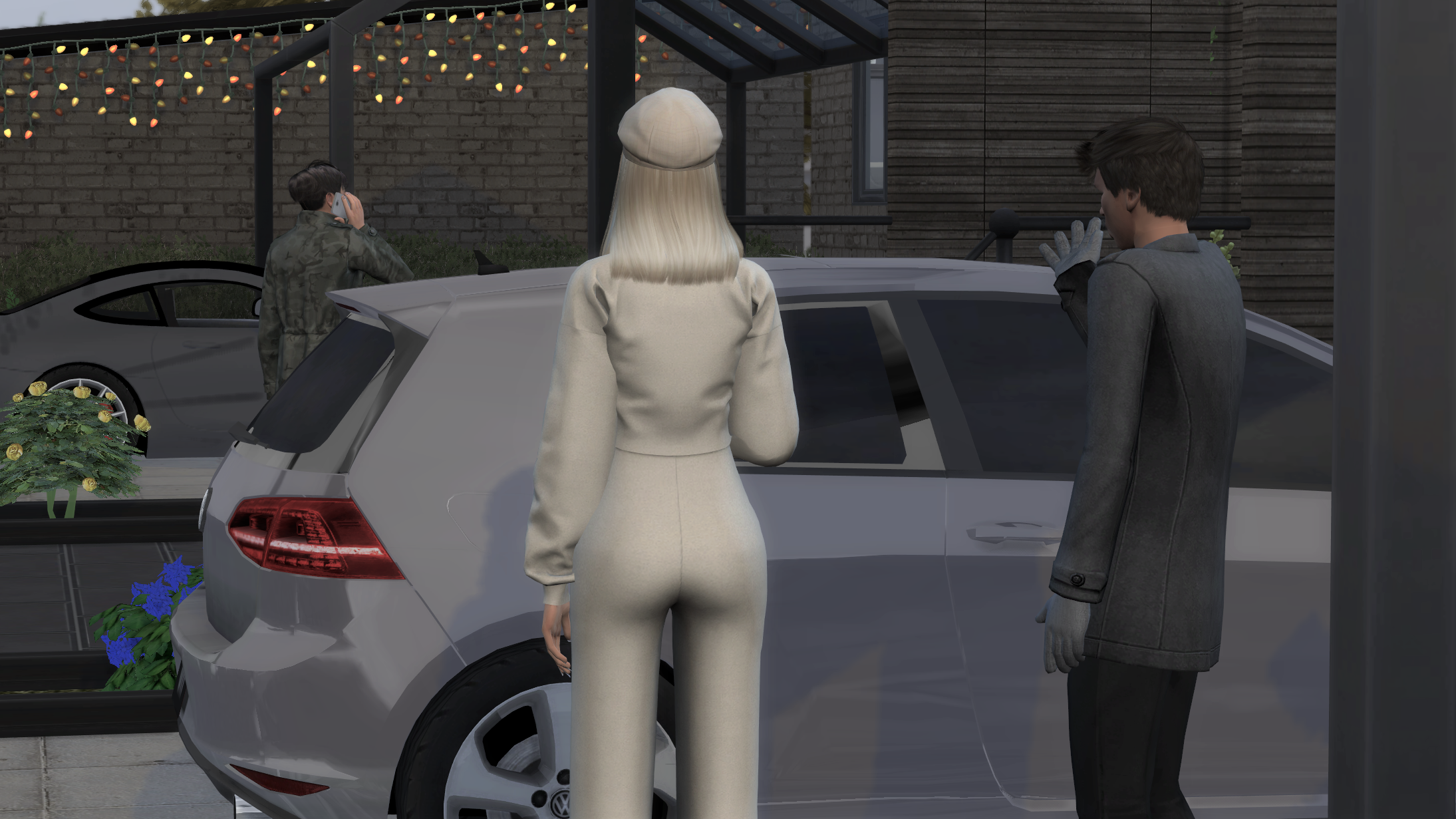 “Hey son! What’s this gonna be when it’s done?!” Ethan complained at Elias, who didn’t even hear him.

“That kid …” Blythe shook her head.

“And there he goes.” Ethan commented as Elias disappeared inside the house, his attention absorbed by his phone conversation.

“I can call a taxi …” Blythe offered. 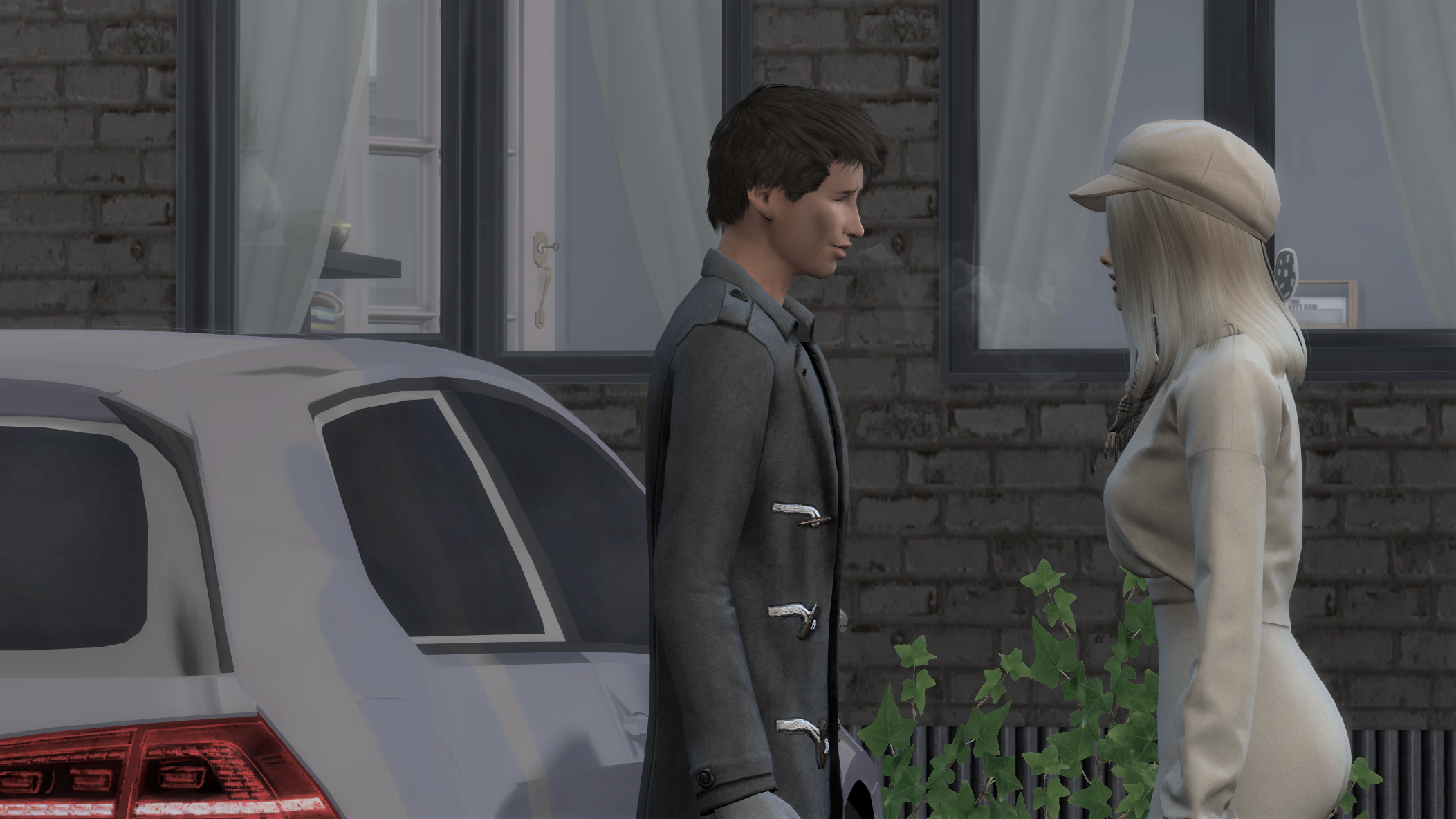 “You could also stay … after all these years I am still not fluent in ‘Elias’, but it would appear that was the idea. Either that, or it’s some case of teenage onset dementia.” Ethan countered. 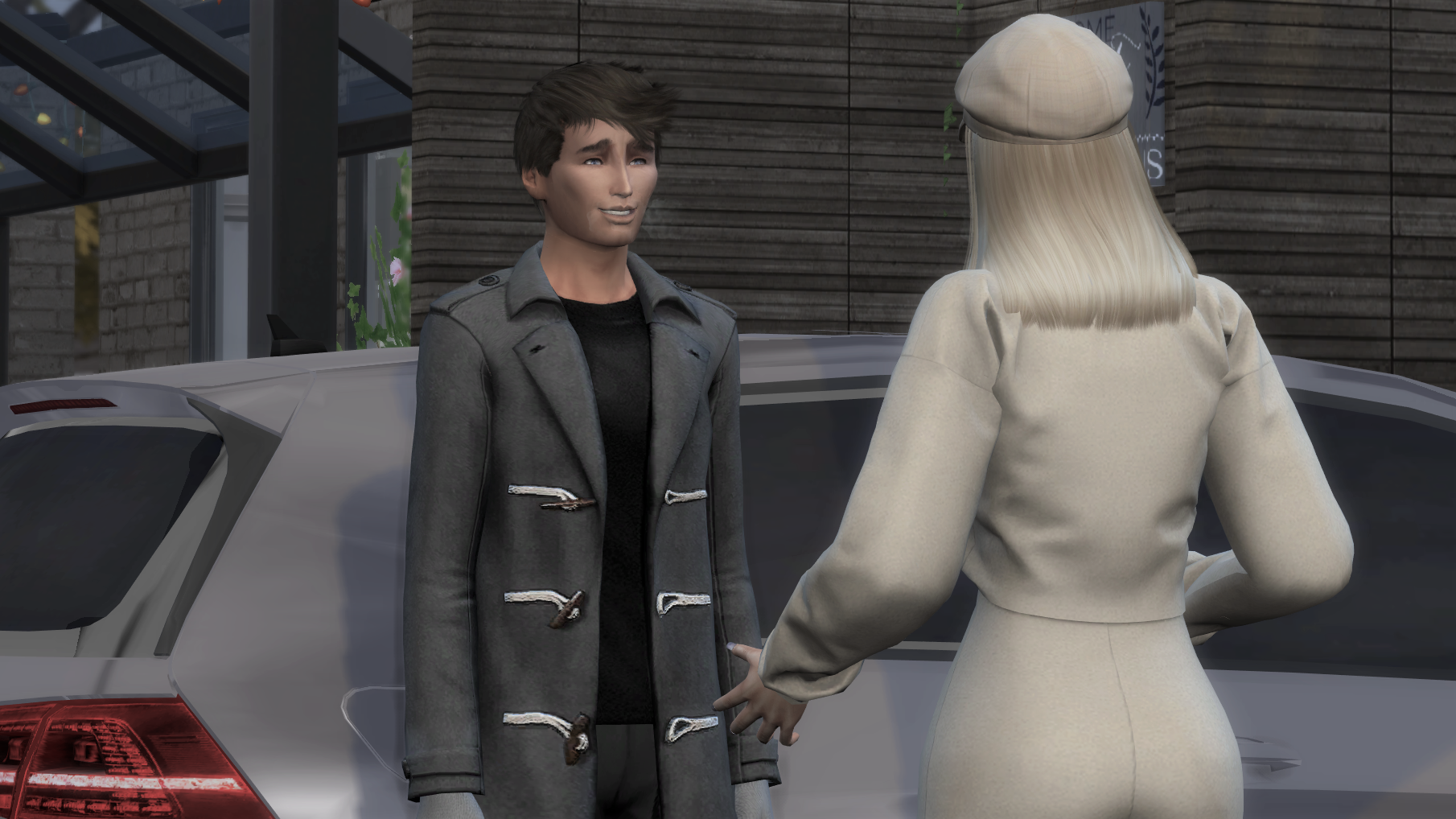 “No telling, but I don’t think it’s a great idea, Ethan. We both agreed that we want to build up slowly to more. If for nothing else but for Elias’ sake. And to retain some shreds of dignity.”

“Dignity? After Grace’s public execution of what was left of my self-esteem and reputation, we might well both run around naked right by the harbor for all to see. Couldn’t make it worse.” 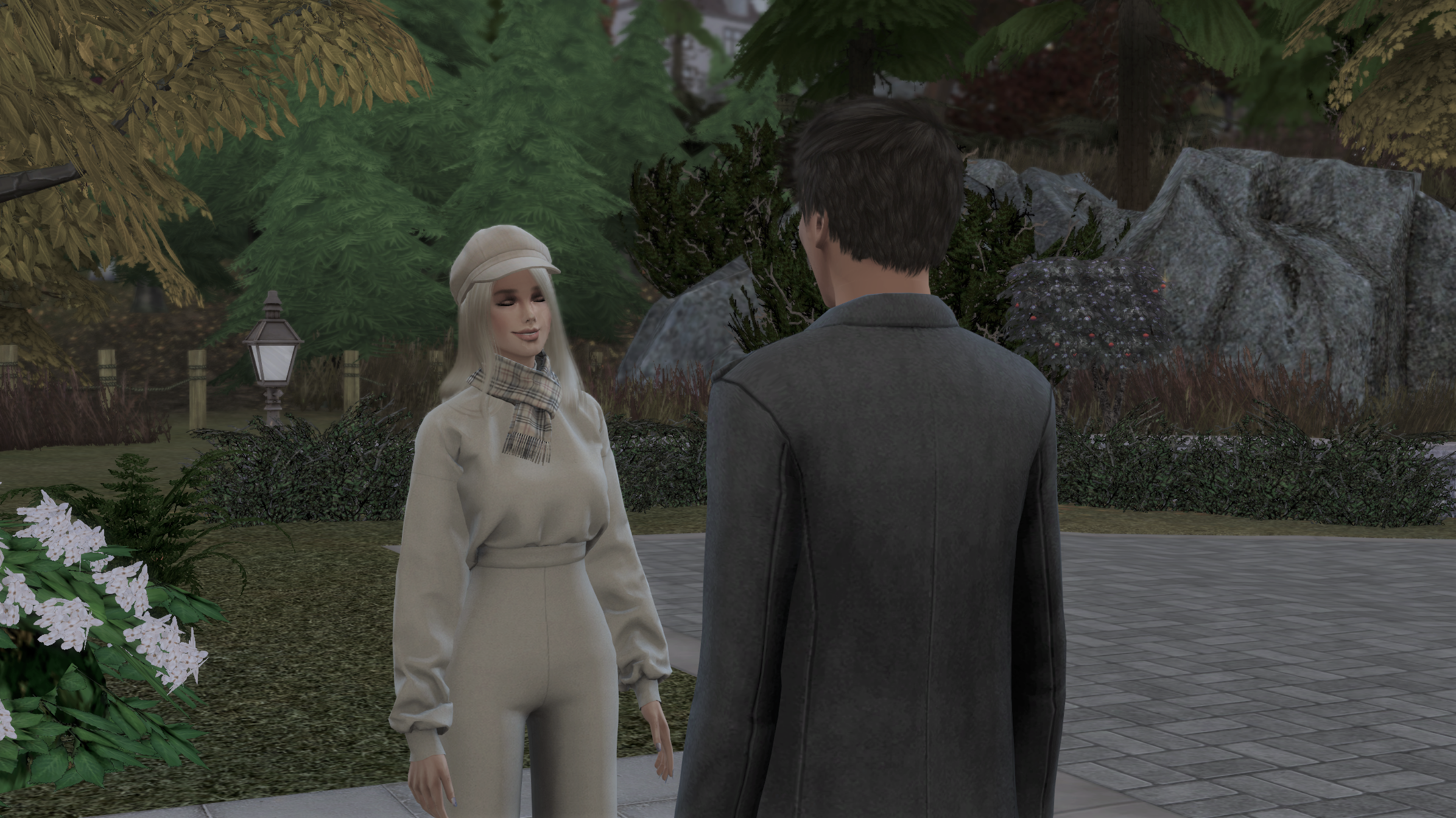 “I’ll pass on that, but okay, I suppose I could stay for a little bit. Wasn’t really ready to let go of our little piece of heaven to go back to an empty home, if I am perfectly honest.”

Walking inside Ethan looked at Blythe, something in his face, in his expression had changed. Blythe waited for him to say something, when he didn’t she asked 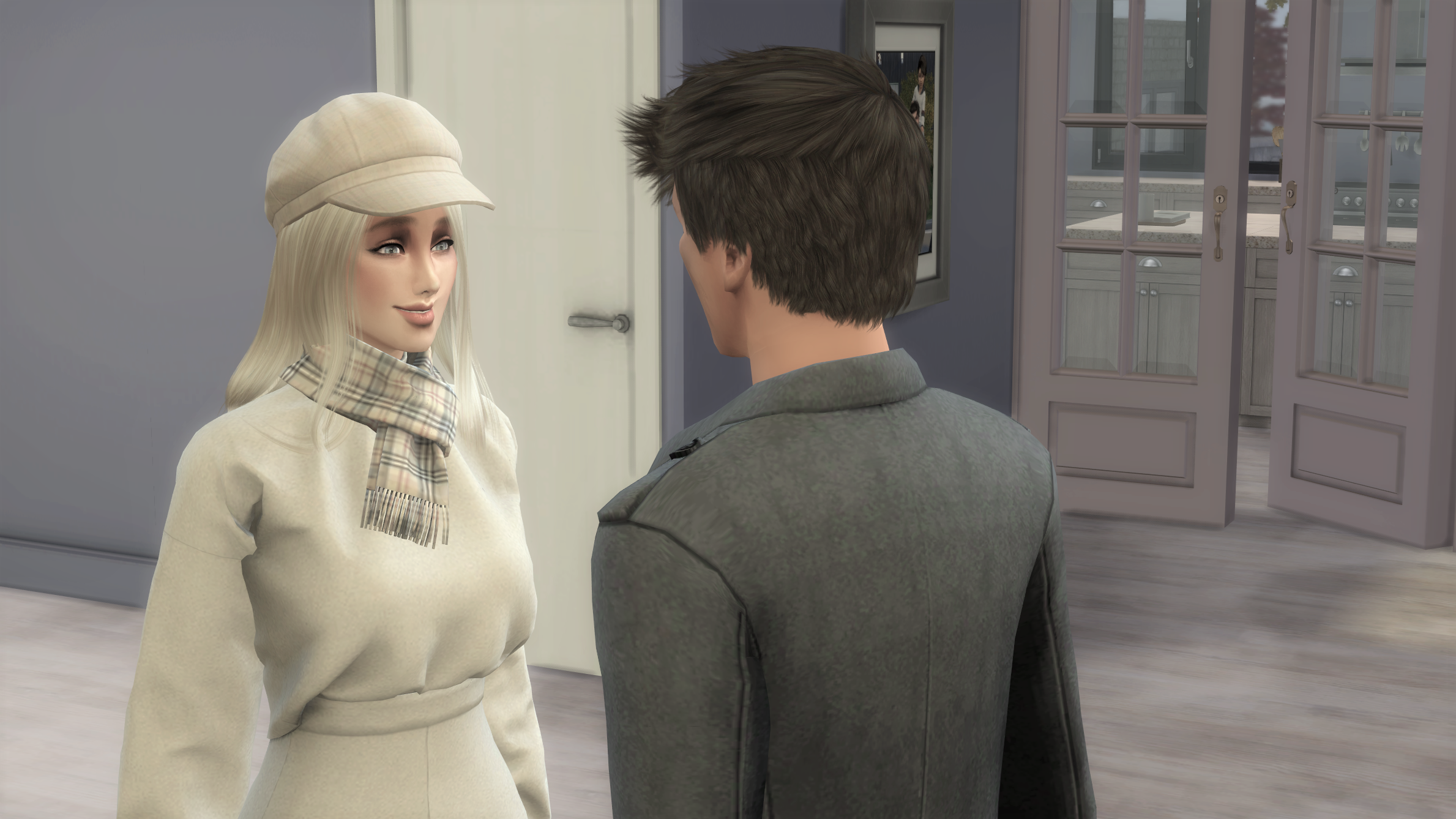 “Make it permanent. Forget about us laying low. Let’s own this. Stay. Here. For good. With me. With us, Eli and me. Let’s be a family again before he moves out completely to live his own life.” Ethan looked at her, expectantly, in the hallway.

“Ethan, you are so precious, but come on now. This isn’t an island dream anymore, but real life. Doesn’t work like that. You know that. Eli is still such a child at heart, in his mind I am sure he loves the thought of his parents being back together, but that doesn’t mean it will really withstand cold, hard reality.” Blythe said apologetically. 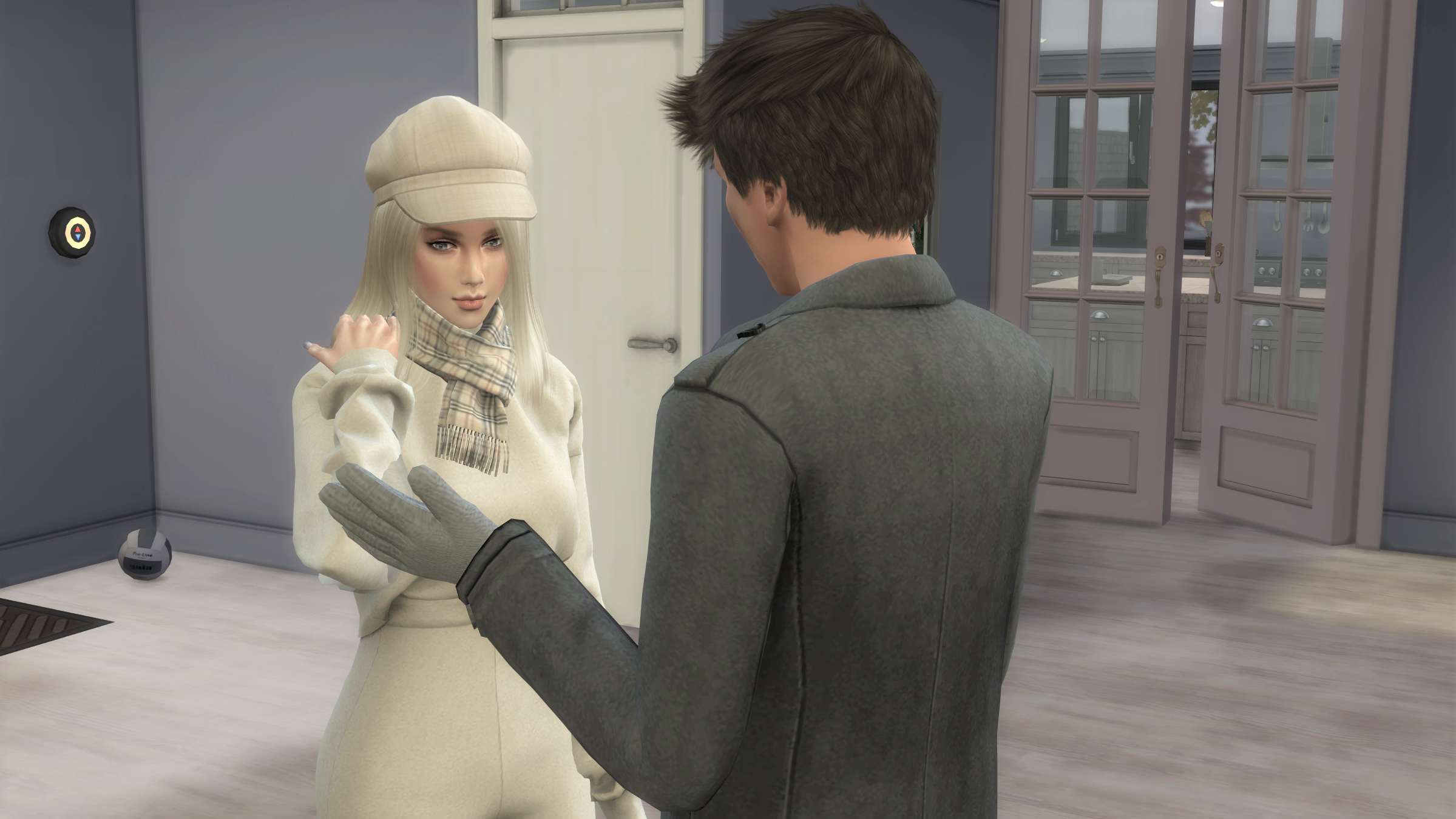 “I think we both realized what we once had isn’t dead. Quite the contrary, it is very much alive within both of us. And our son is clearly on board with the possibility of us rekindling our relationship. We already lost 4 years … to this day I still don’t know why you left me. But I was not ready for you to go then. I never was. Still am not. And from the looks of things you miss it all too. So let’s skip the ‘avoiding unavoidable gossip’ part and make each other – and Eli – happy.” Ethan tried to convince her.

“I told you why I left.” Blythe told him softly, ignoring the rest of his plea.

“All I recall was something about ‘irreconcilable differences’. Whatever that even means.” 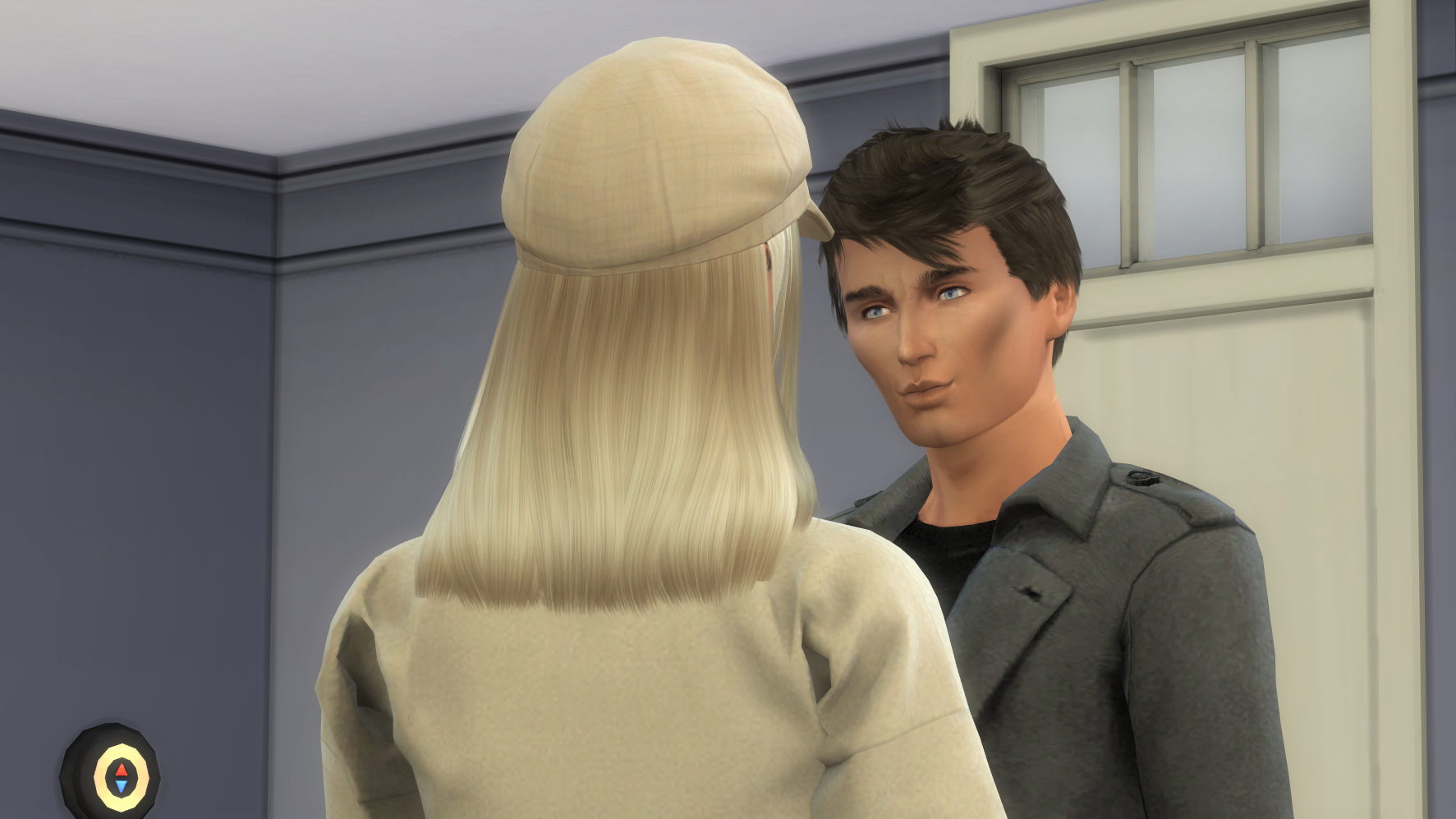 “See, that’s why. Your head, ears and heart were everywhere, but with me and you weren’t listening. Work, Blake, all the other issues. All you could manage up was enough love and devotion for Elias, but you shut me out completely. There was just no room in your life then for me. So I made room.” 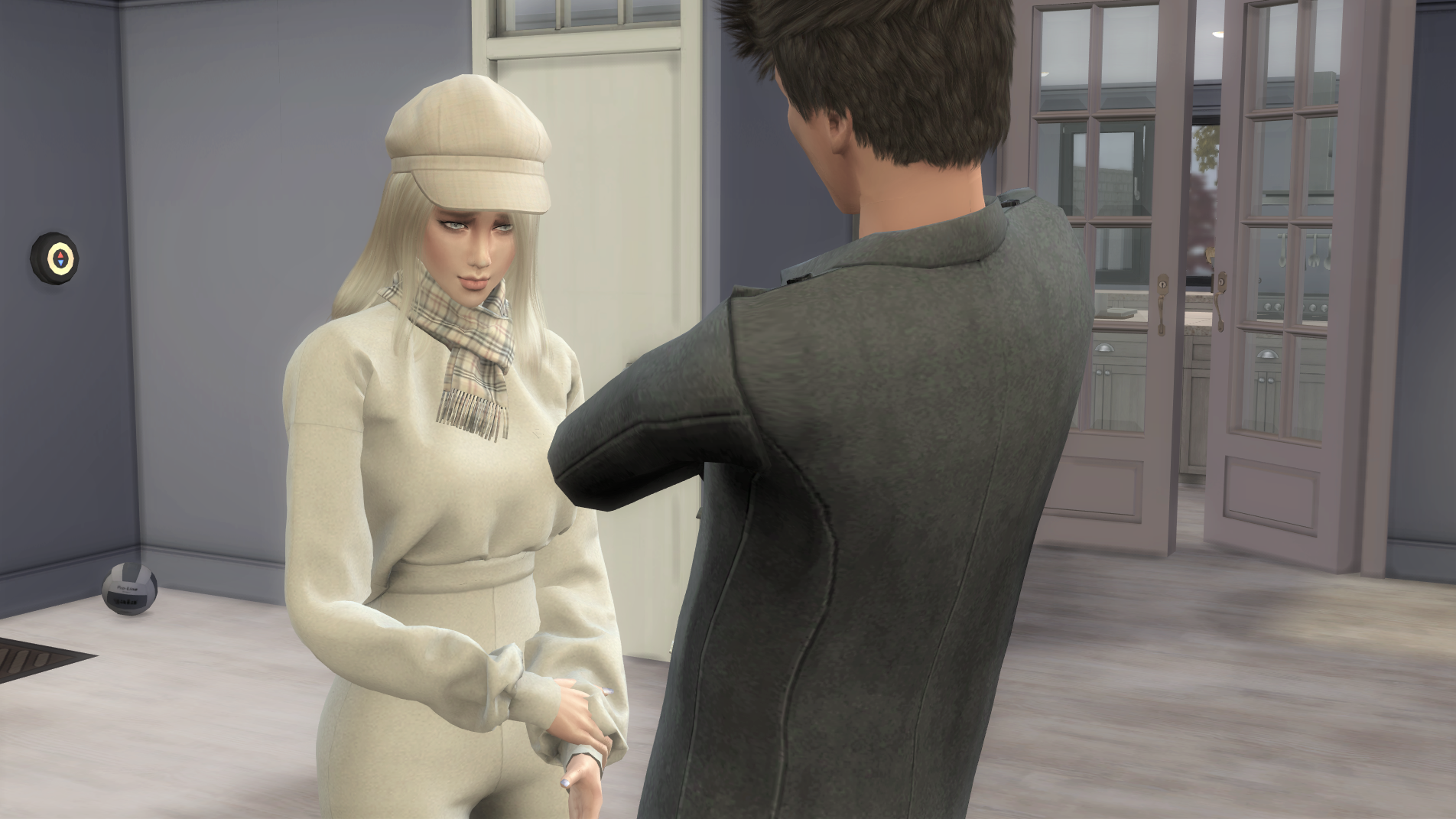 “That’s just stupid, Blythe. I never shut you out, at least not on purpose. I just … had so much else on my plate that everything that wasn’t on fire had to go on the back burner, not just you or us.” Ethan felt bad, retroactively, knowing she was probably right. At some point towards the final years of their marriage they had been only two ships passing in the night. He had been there physically, at least sometimes, but not really present emotionally. 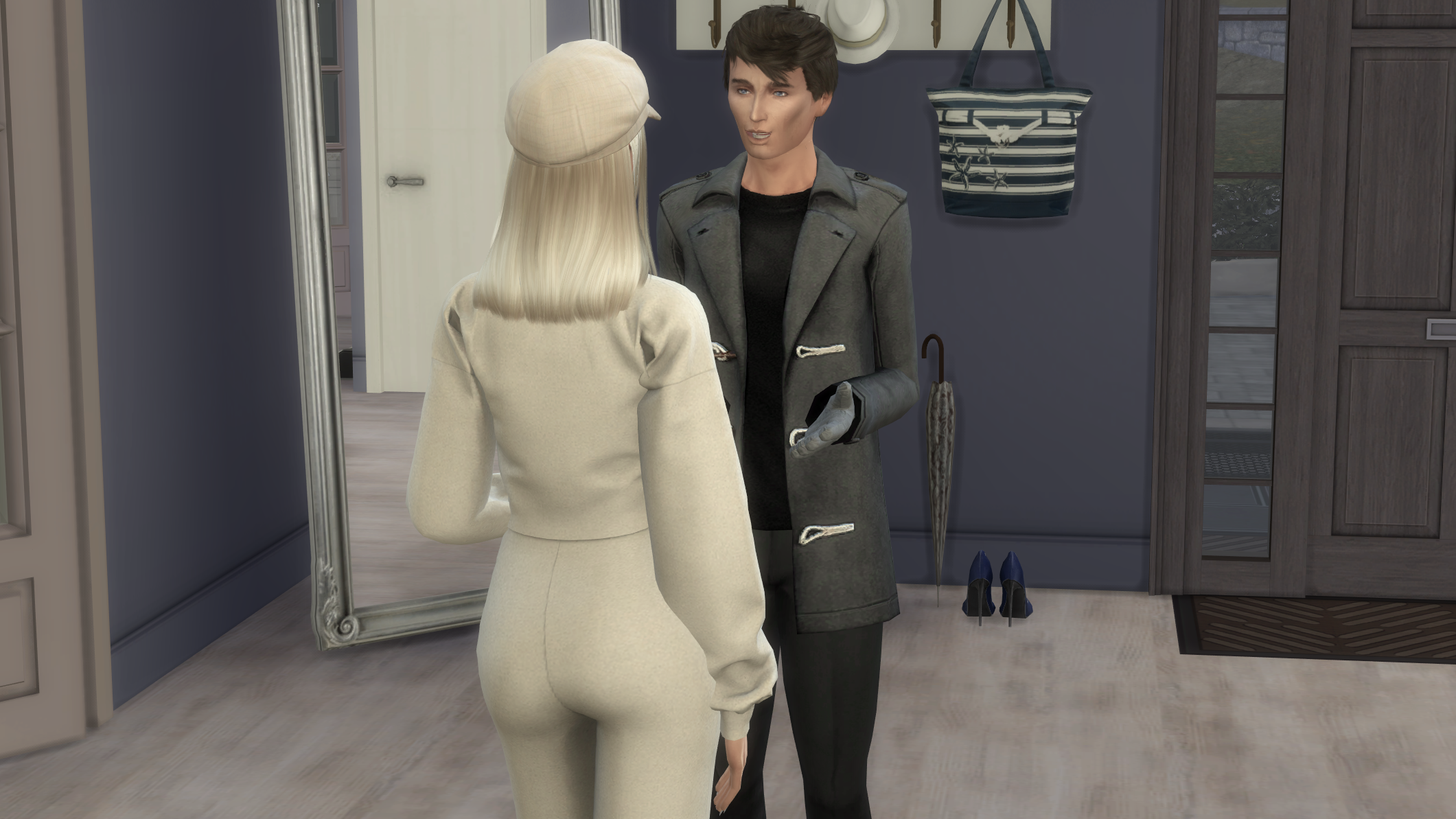 “Maybe it was stupid. I know that regretted it. Even I am not safe from foolish pride and bad choices. I told you that before. But before this goes any further, full disclosure: I never slept with you for any other reason than that I wanted to. It wasn’t drugs or alcohol, nor grief, it was 100% me. When you held me that one day over at Nick and Ezzy’s I realized how much I still wanted and needed you. Hit me like lightning. There never was any mistake on my part, I was not confused about Colin’s death or anything else. All was fully deliberate and in a clear state of mind. I wanted to be with you. I am that kind person, at least I am with you, I know Grace didn’t deserve this, but I needed you more than she did, I felt. All your troubles with her were caused by me. For that I am sorry, but not for anything we have done. That is the kind of person you are looking at. I don’t exactly smell of roses in a moral sense.” 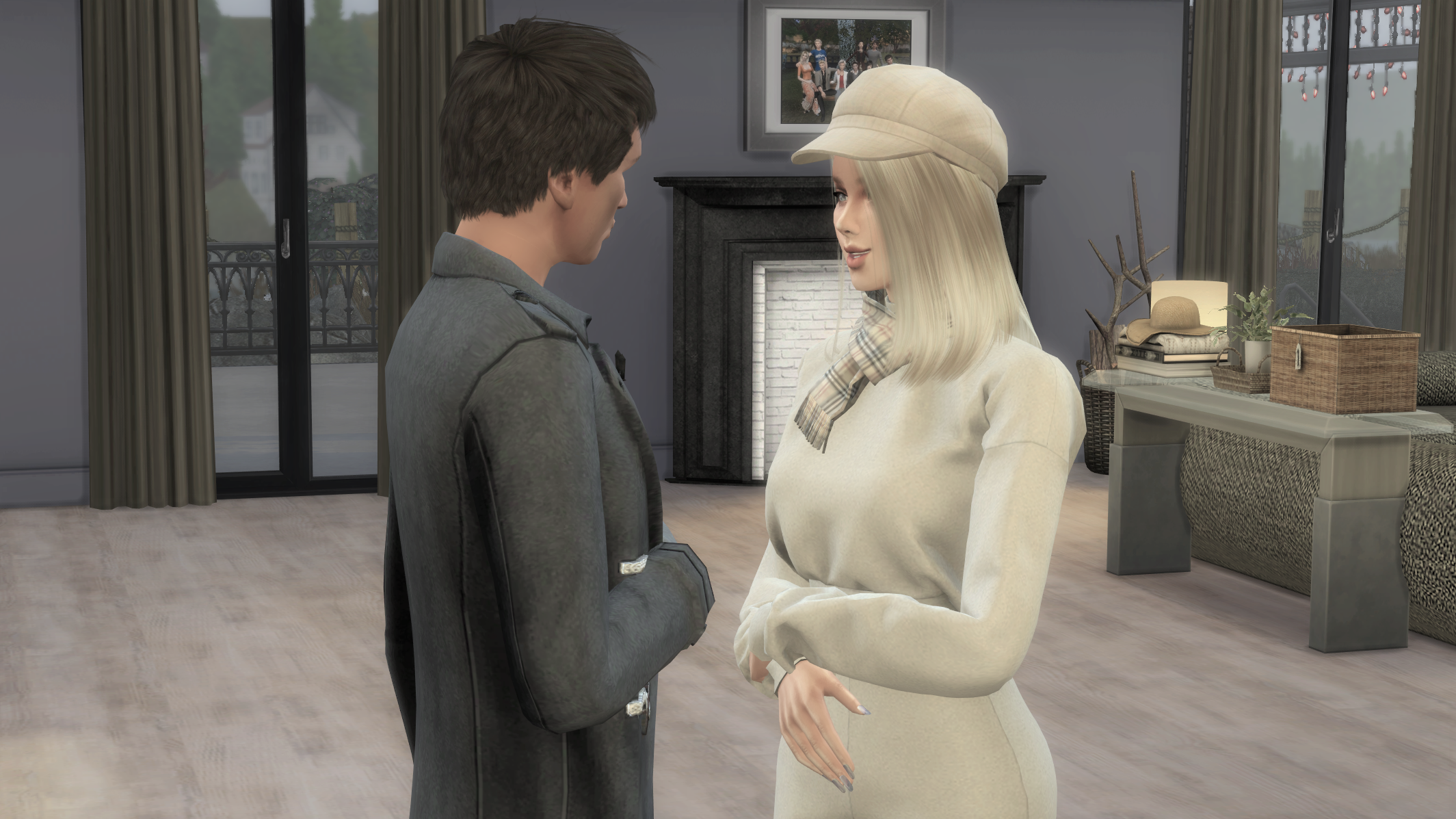 “Blythe, I am a grown man. My mistakes were all mine. You may have tempted me, but it was me who acted on it. Grace has every right to hate me. She did punish the right person, I am not making excuses.”

Blythe just smiled up at him. 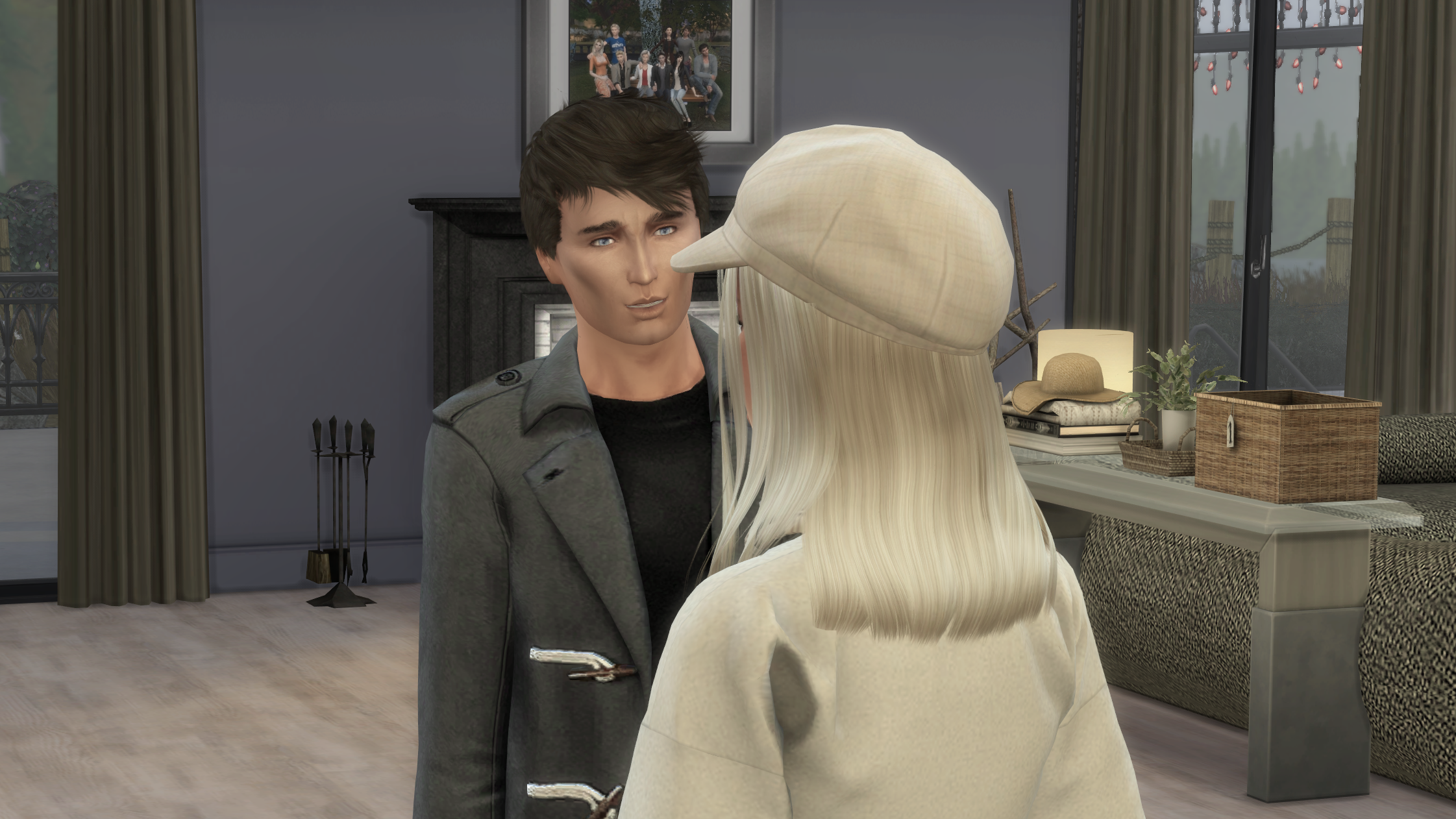 “Is that a yes? Will you stay?” he asked hopeful.

“It’s a ‘what I said earlier still goes’, Ethan. I’ll stay for a glass of Chardonnay and then we’ll call me a cab.” 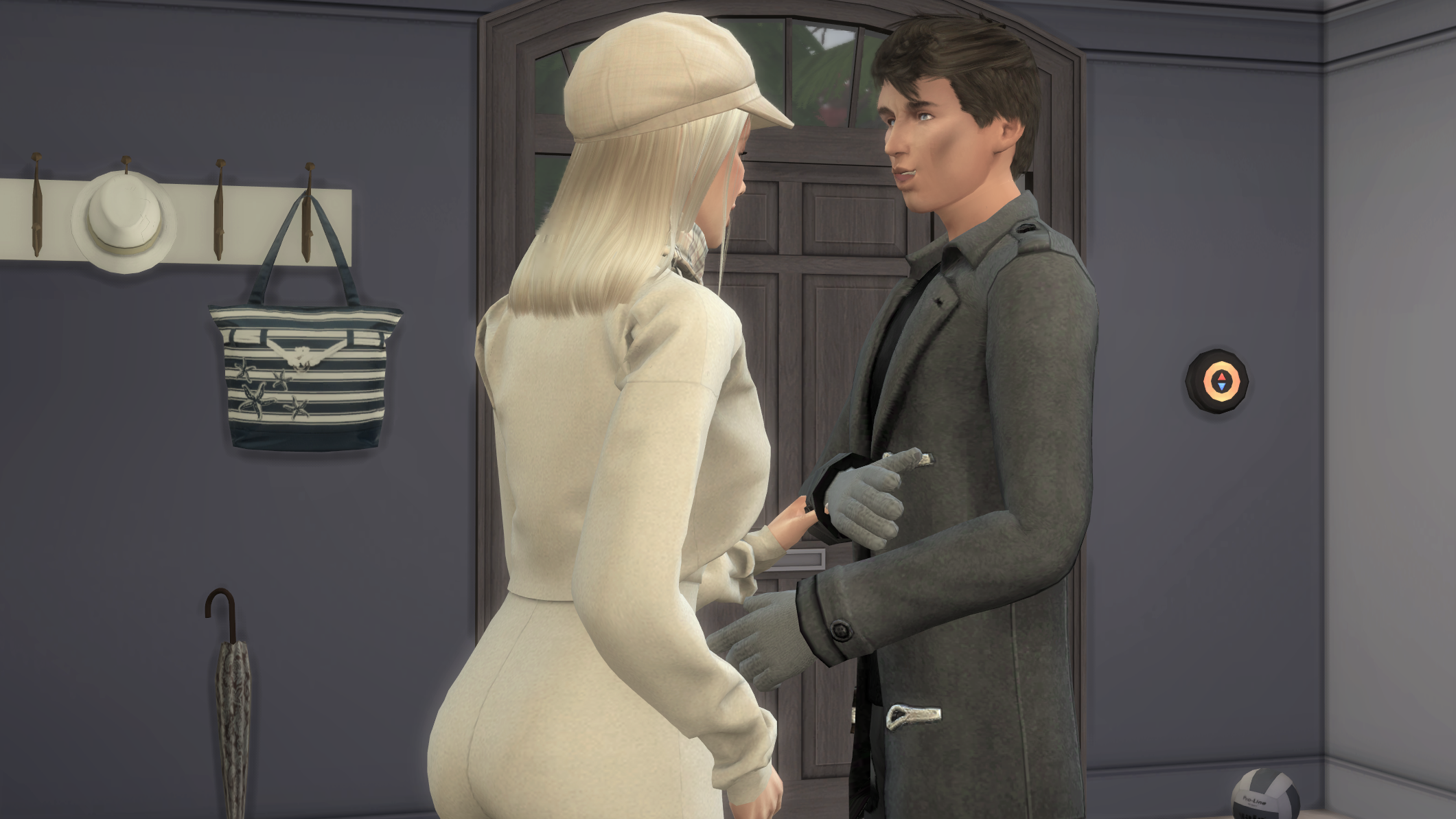 They drank the wine, even a second glass, Elias joined them to keep them company and talk about the vacation. Naturally he was told a very censored version filtering out all the romantic bits. 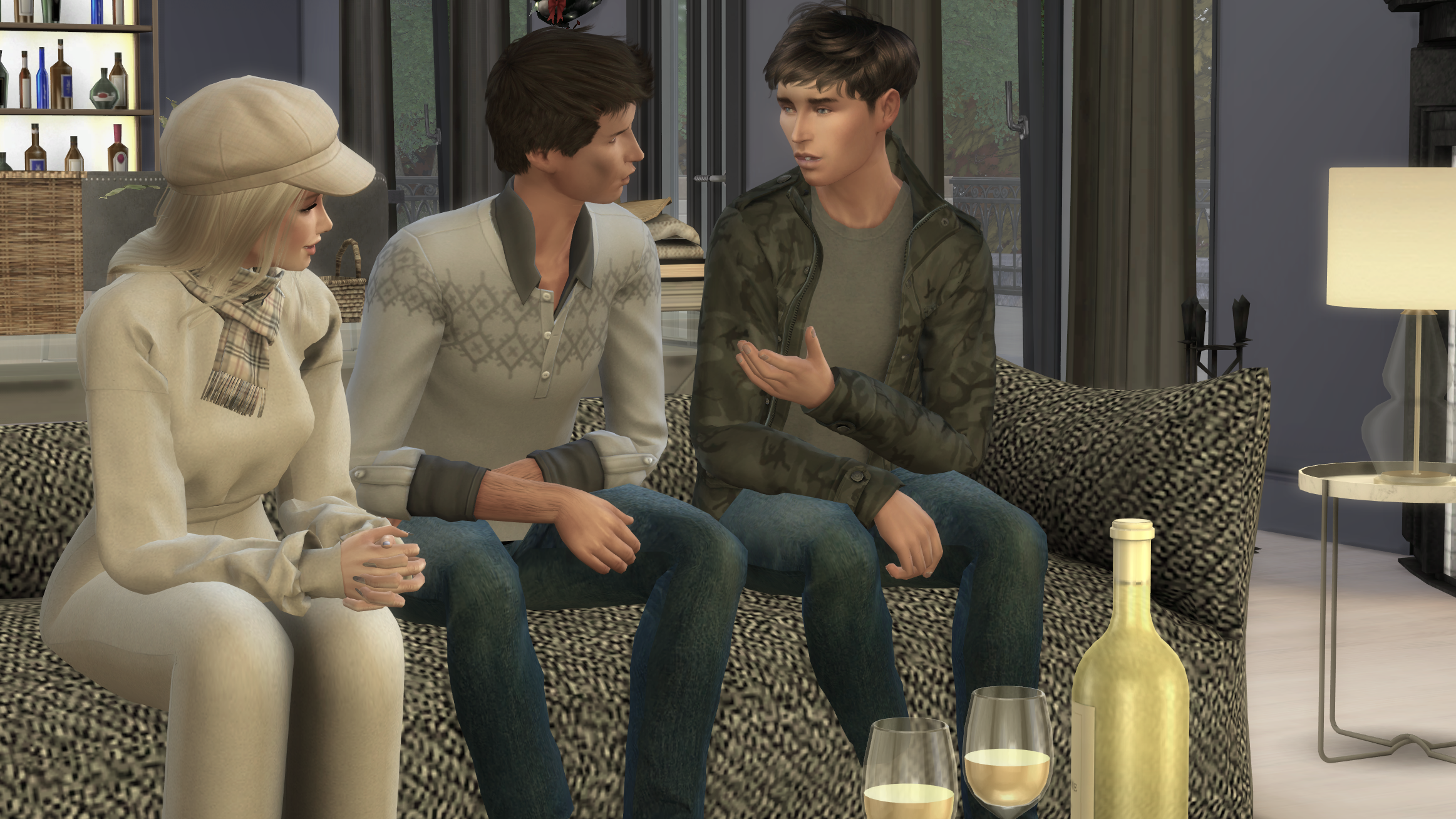 Then Blythe got up.

“I’ll better get a cab now. This was a lovely closure to a very wonderful and relaxing time away, but I really have to get home now.”

“Save that cab fare, I’ll drive you.” Ethan offered. 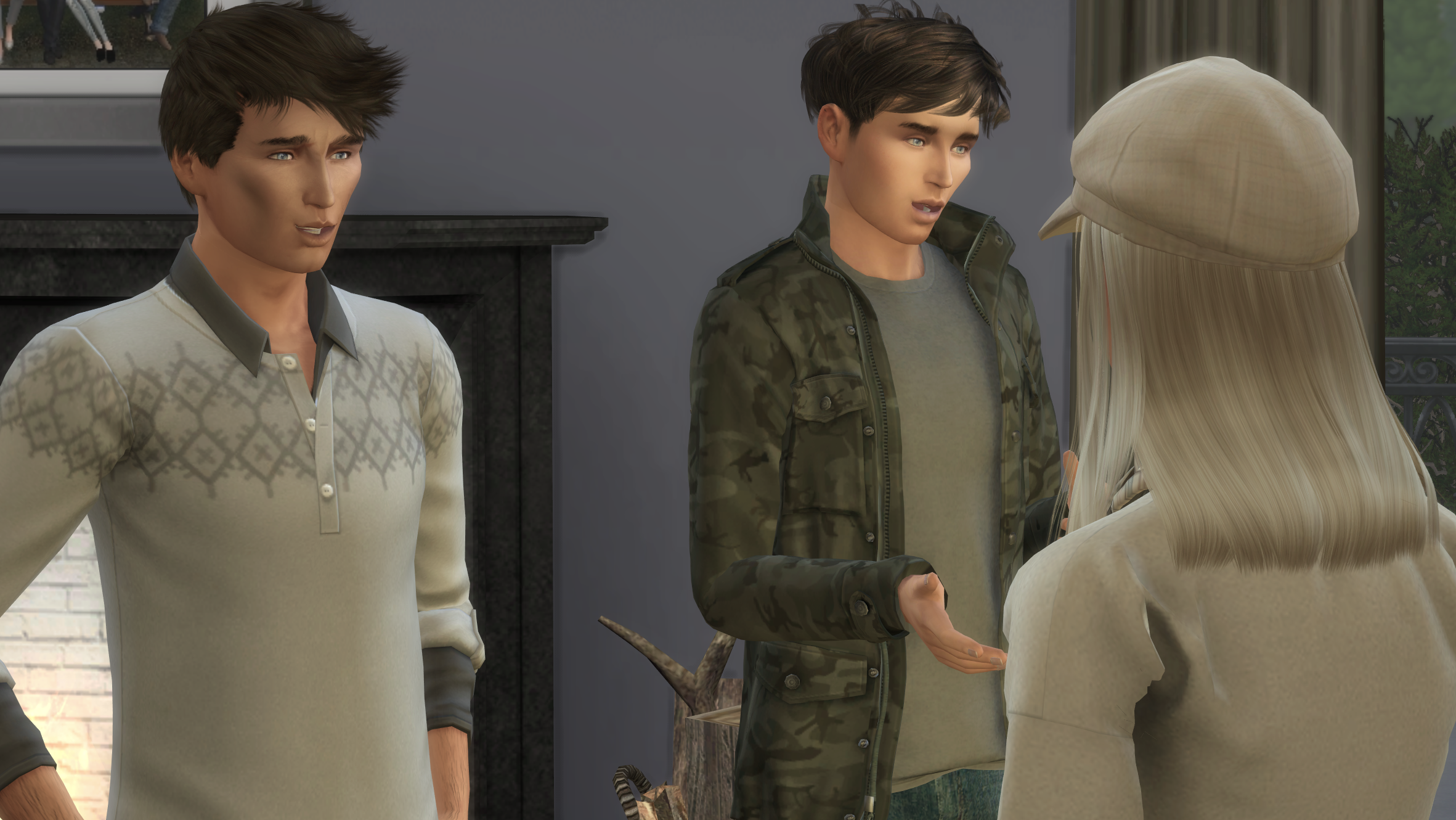 “I can drive her too. Meeting Natasha at the Skyline later, so I am practically out the door anyway.” Eli offered. 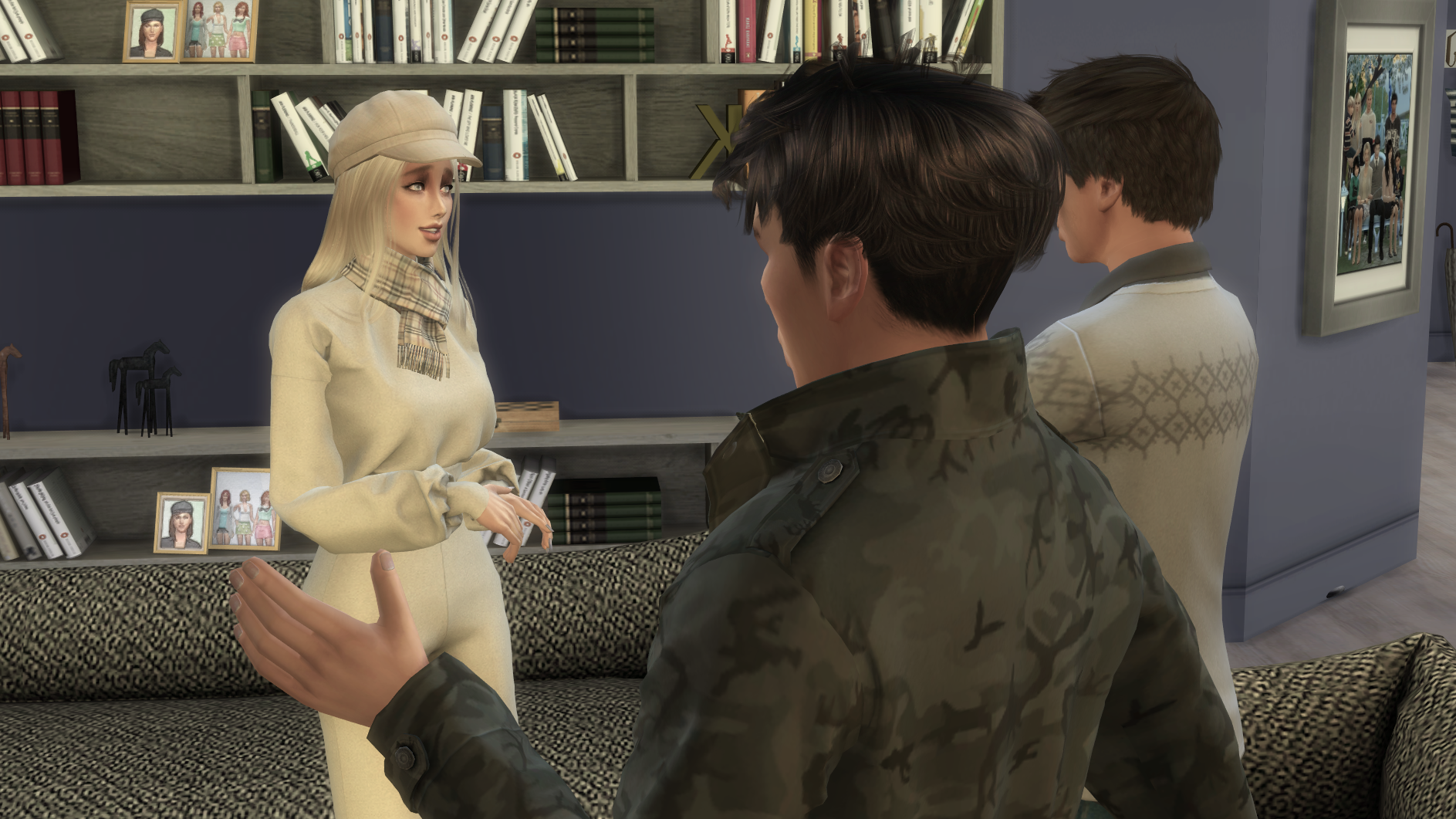 “That’s the opposite direction. No, it’s fine, I’ll take your mom home. You go be with Natasha.” Ethan decided. 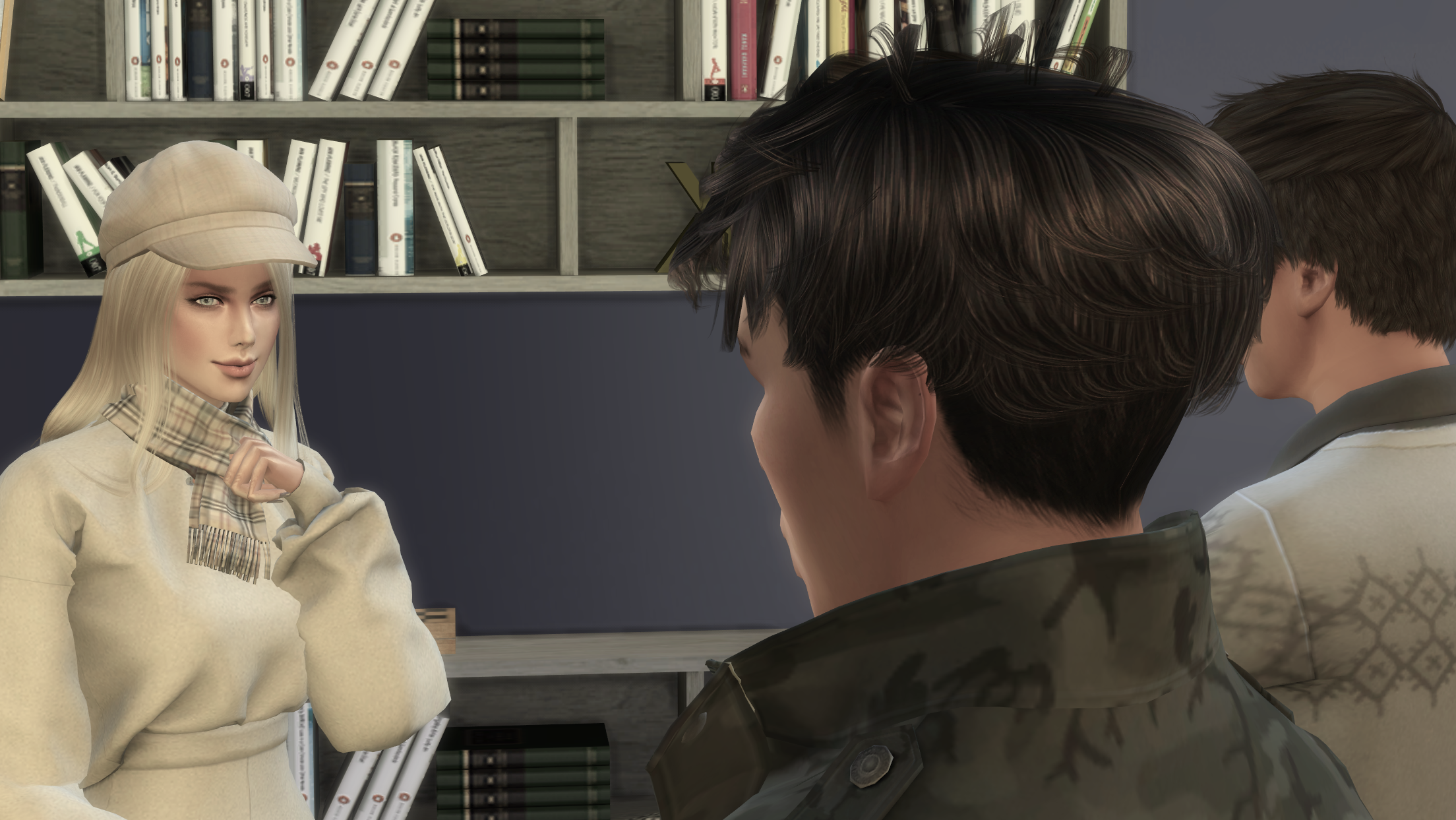 “Aww, two gentlemen, how wonderful. I am a lucky girl. All right, dad can drive me. You sweetie run along and have fun with your girlfriend. Tell her hi and be safe.” ”

Blythe embraced and smooched her son, generating the usual reaction. Eli loved his mom, despite the divorce he always had a very good and close relationship to both parents. But PDA with mommy at age 18 was just not his idea of fun at the moment. 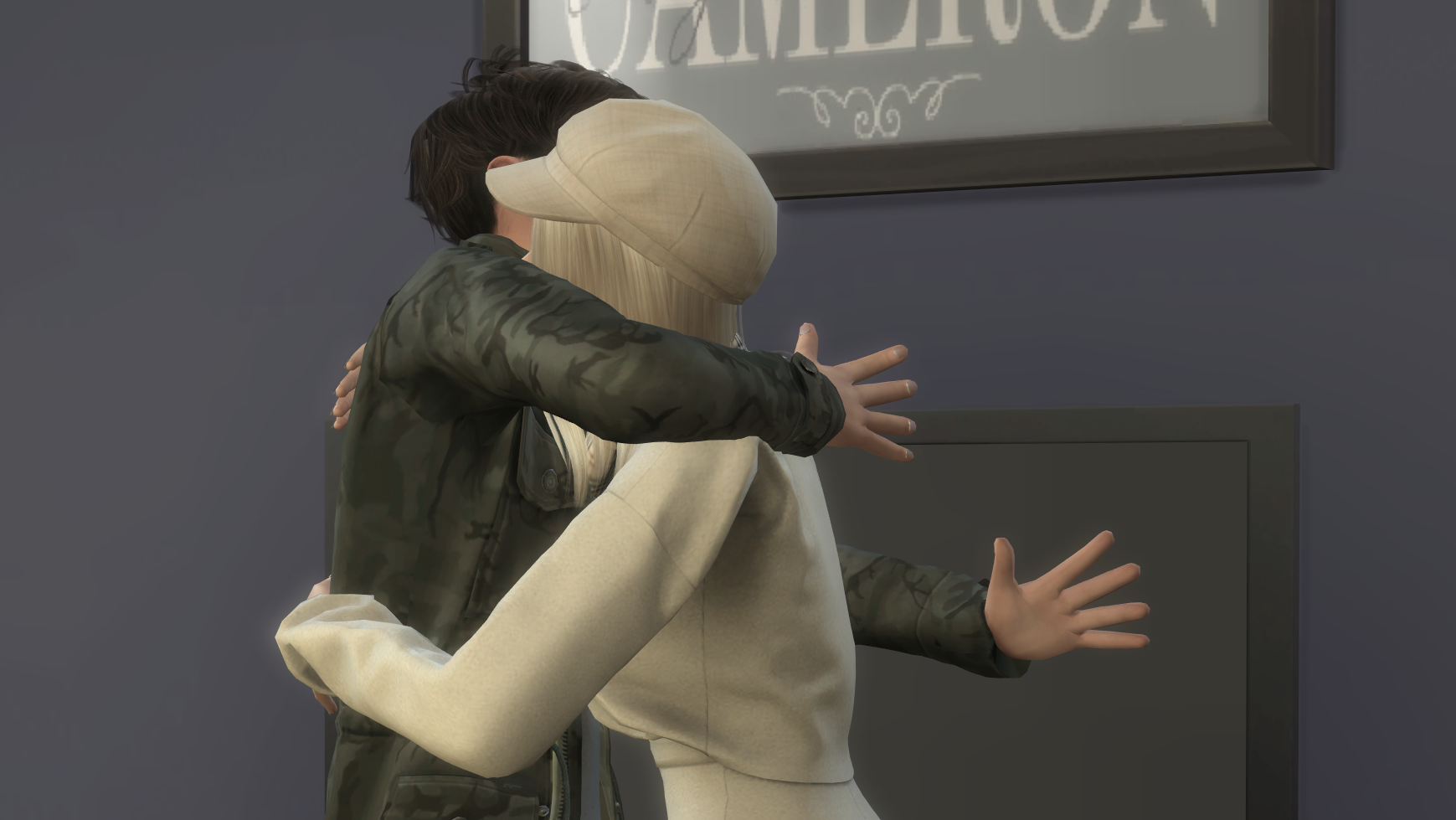 All three of them left at the same time, Eli in his car, his parents right behind in Ethan’s until one had to turn left and the other right.

The car ride to Willow Creek was mostly silent. After parking the car Ethan walked Blythe to her door. 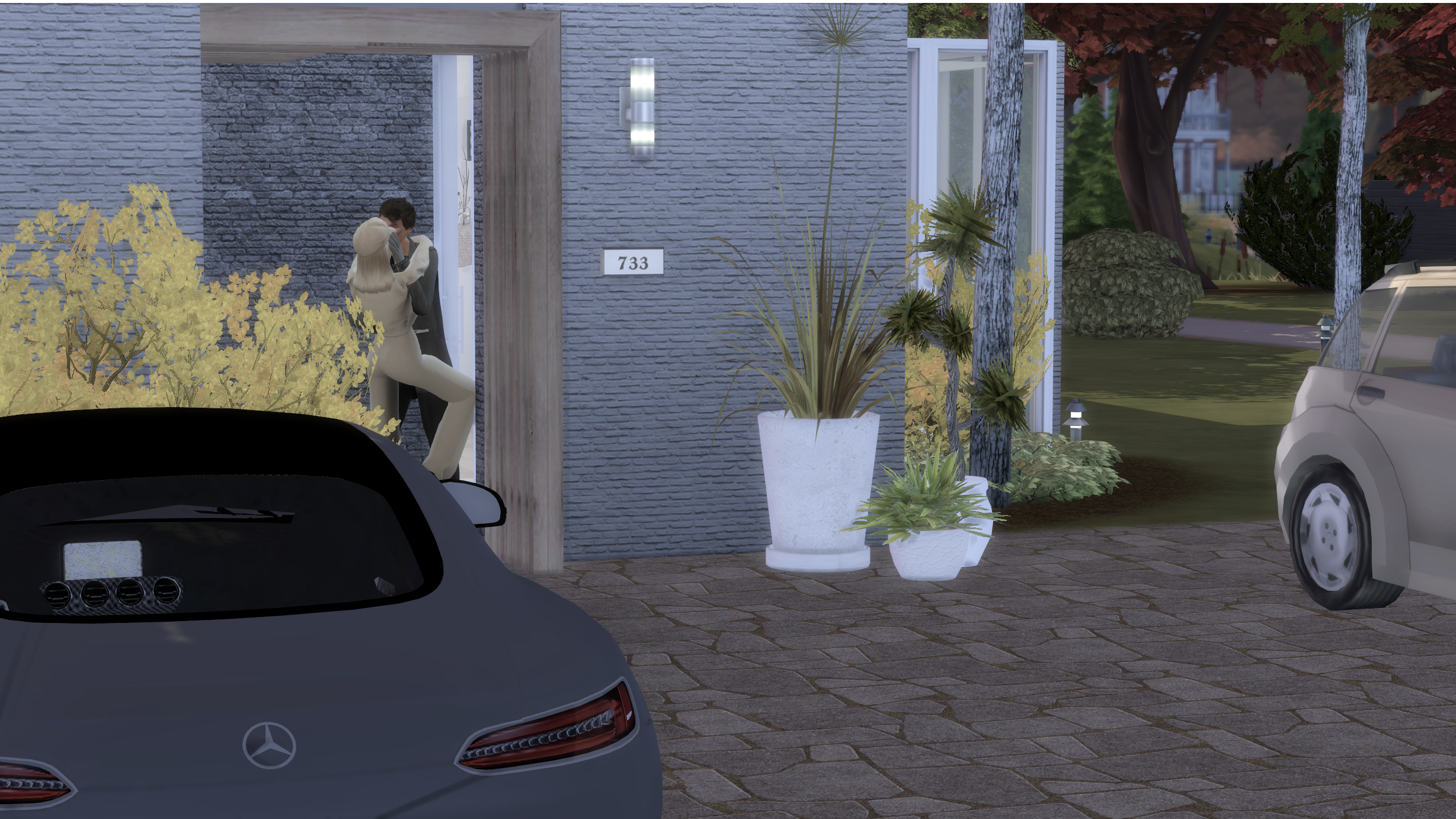 Not surprisingly they didn’t bid goodbye there. 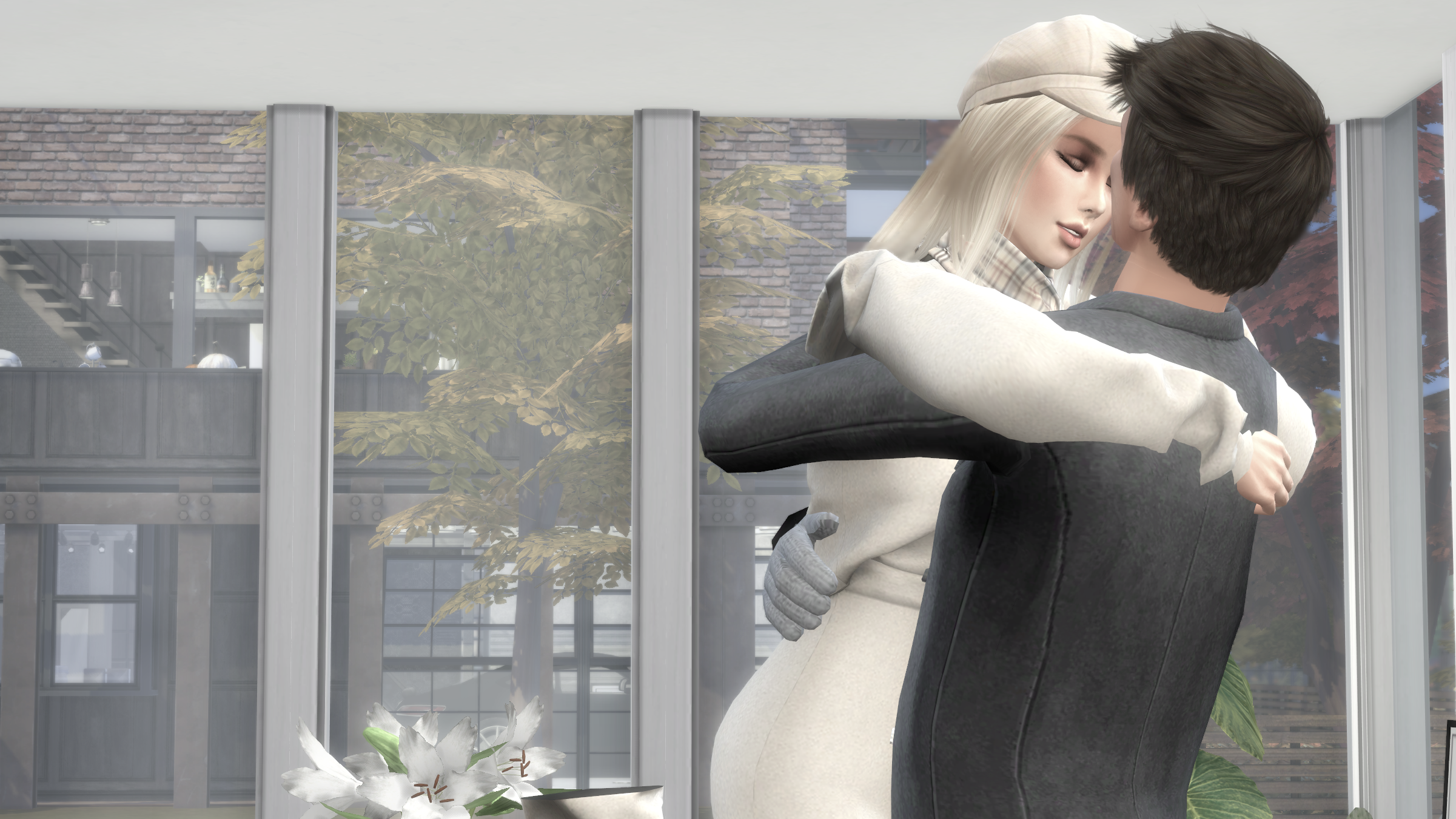 That happened much later, after hours of passion and Ethan only barely arrived home before Eli did.

A few weeks later at Ethan’s home. Elias was back at his college dorm until his next weekend visit home.

Finally she had enough. 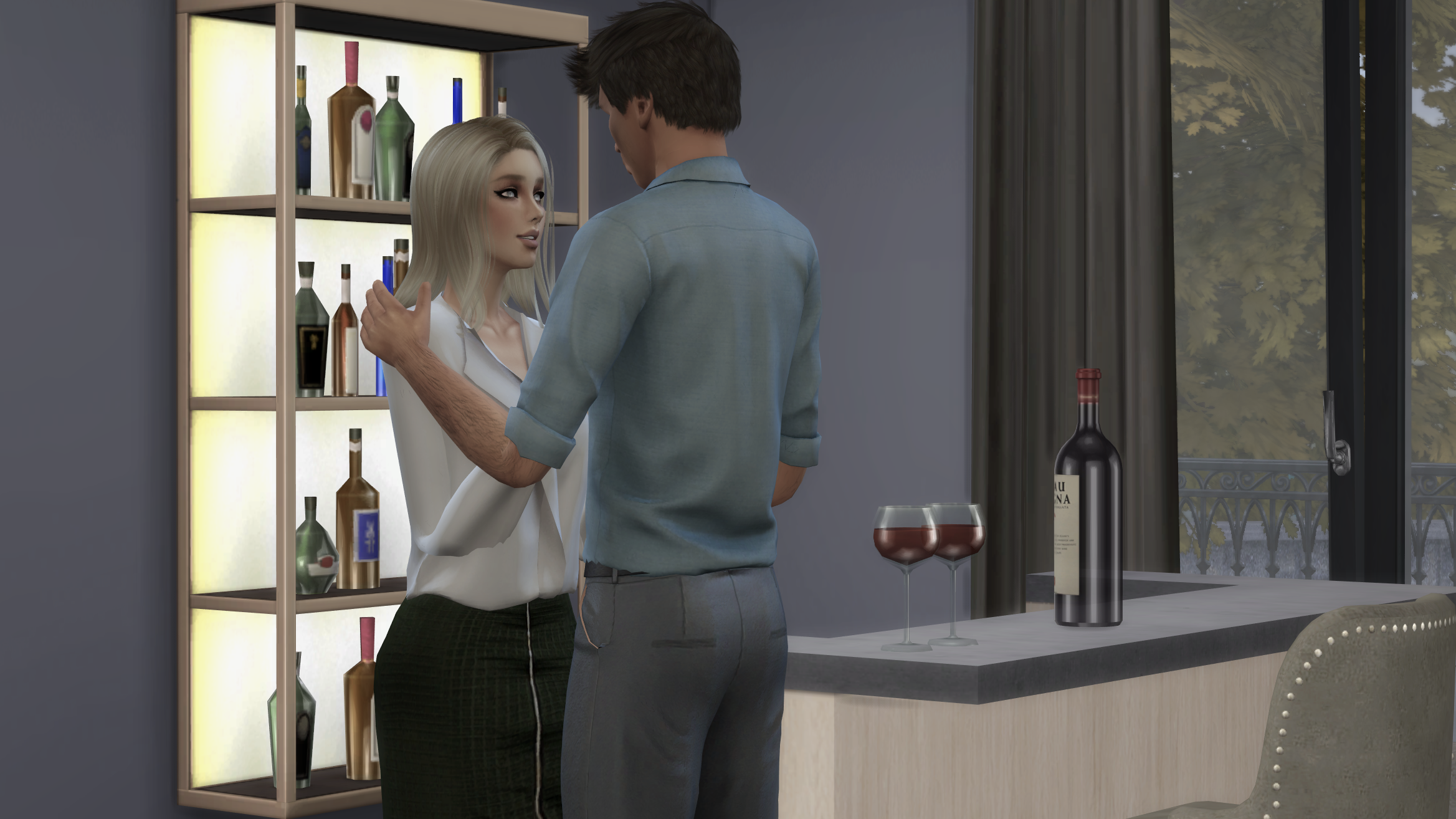 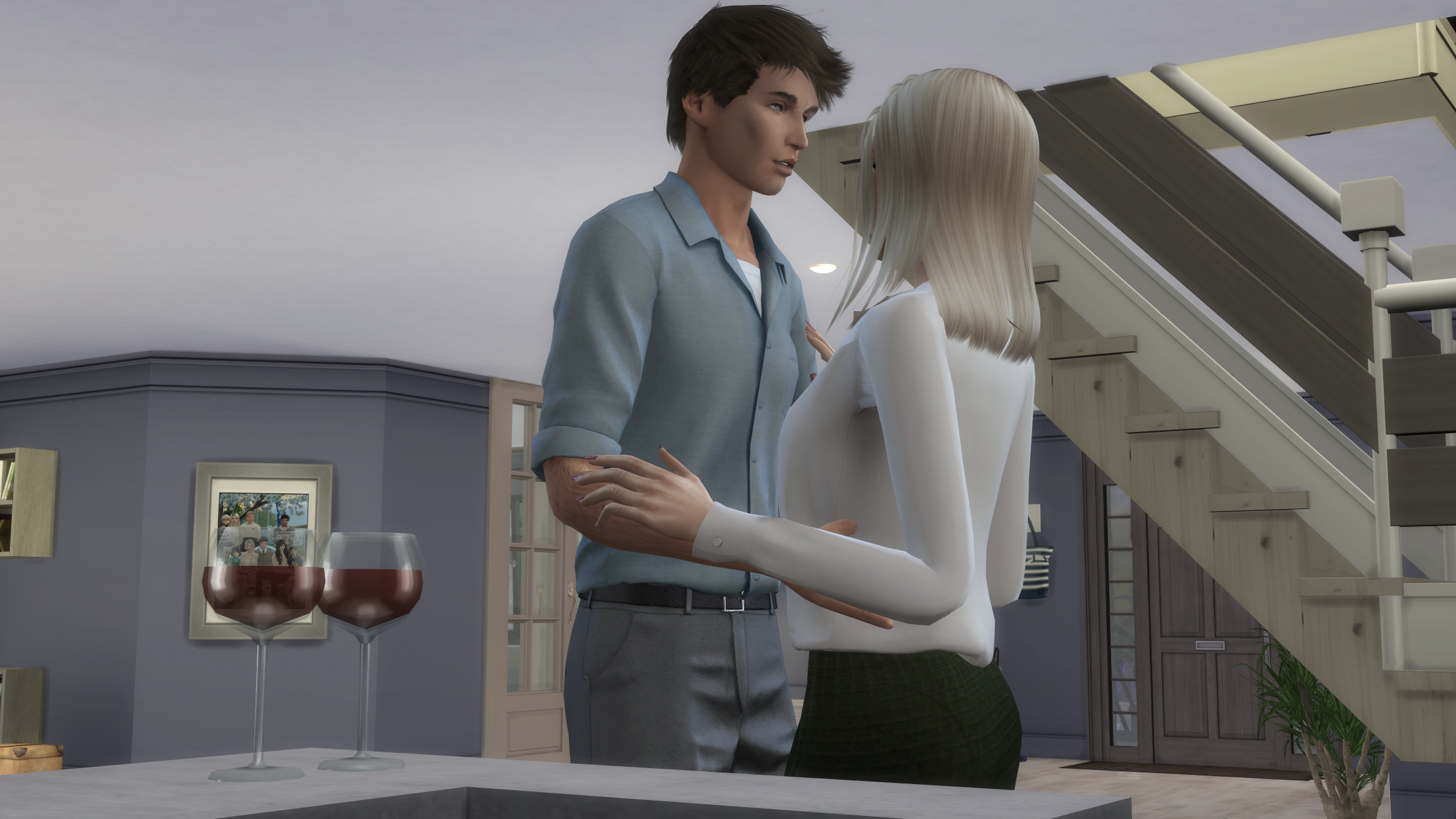 “Not again. Sorry. It is just too much too fast for me. We need more time. Not rush it. For our and Eli’s sake. We’ve been over this.”

“Rush it? Need more time for what? Get to know each other? Blythe, we were married for 15 years. We have known each other since we were in our early twenties. I’d say we know each other inside and out. What else you got?” 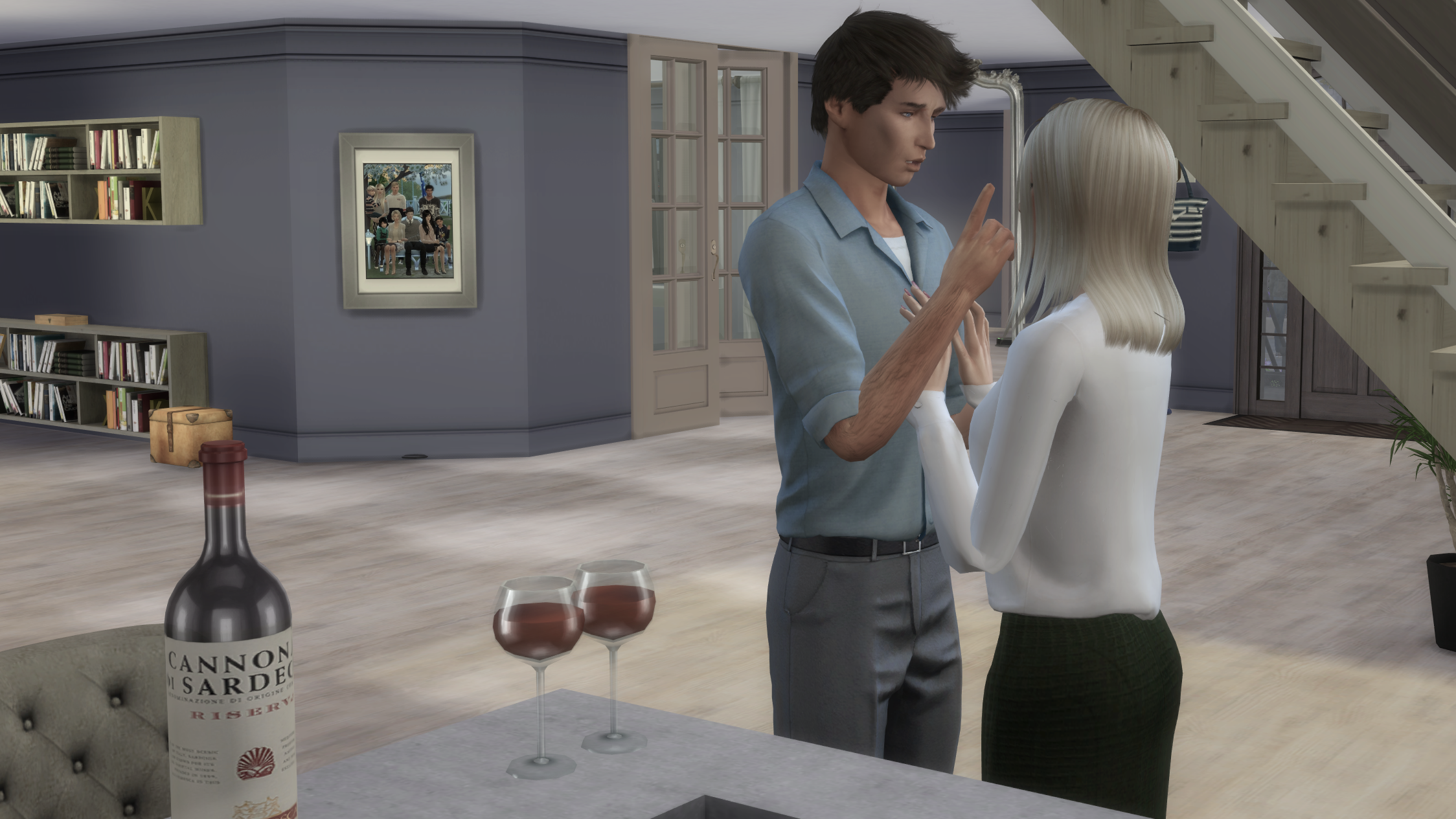 “Okay Ethan, I am not ready. Not yet. I need to be myself again for a while, by myself. Please understand. This does not have to stop. I need to go slow, not rush into a relationship out of some sense of desperation. Can you do that for me?” 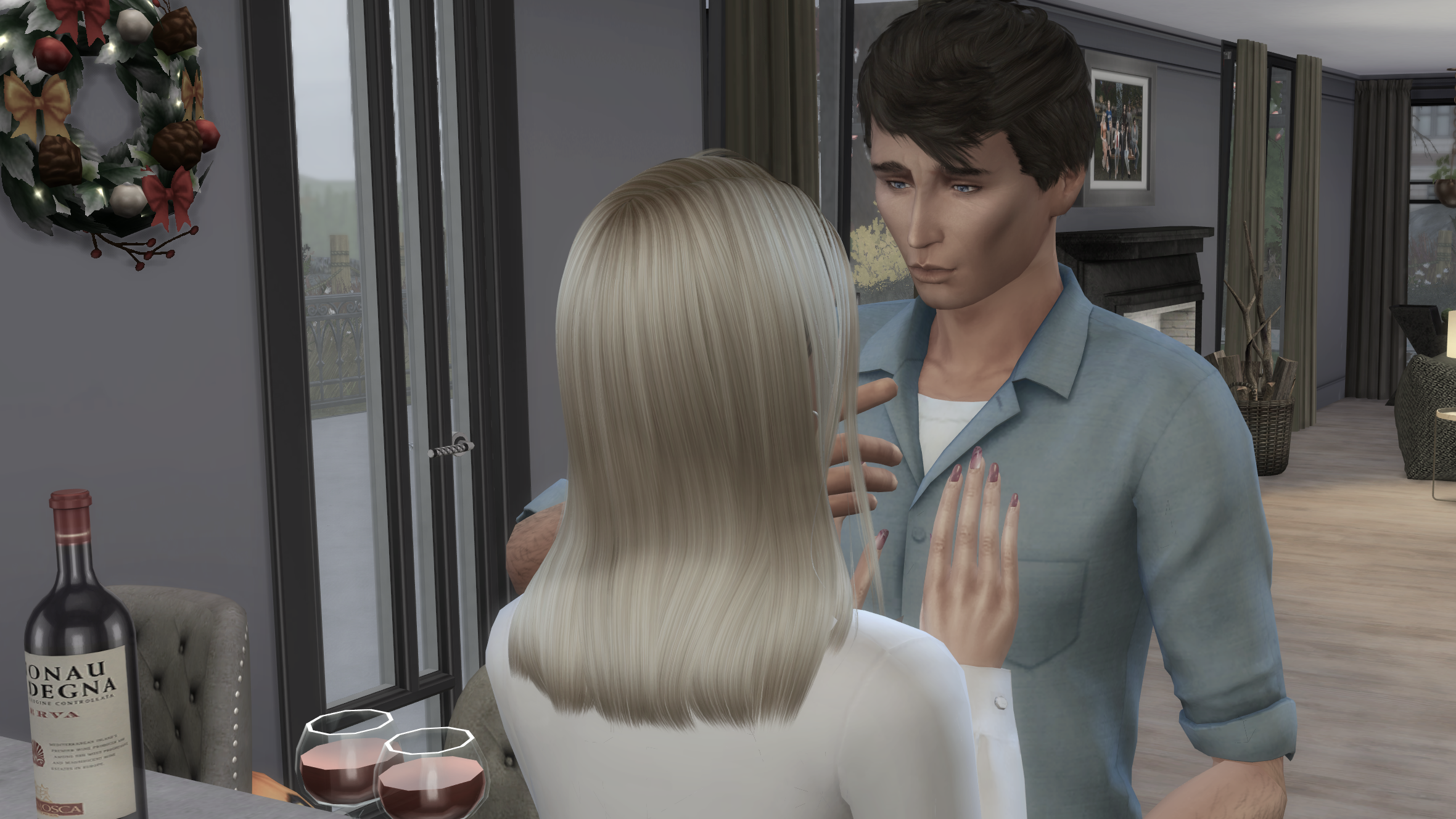 “You are adorable when you are pouting.” 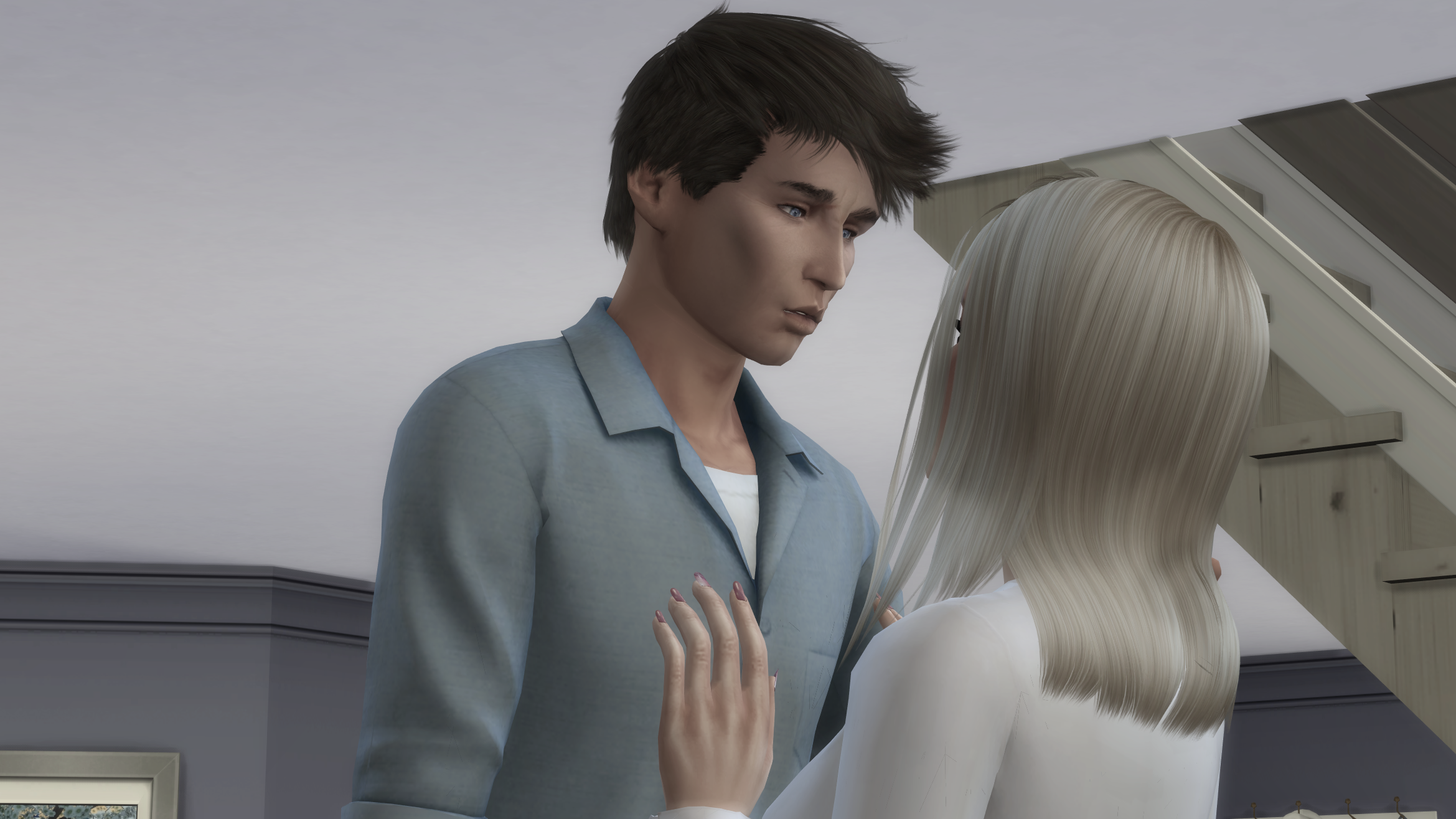 “Call it what you want, but this is ridiculous. I don’t want to sneak around with you, stealing kisses when nobody is looking, acting like we are friends when we both clearly feel more. Why? Elias would be thrilled if we made it official …” 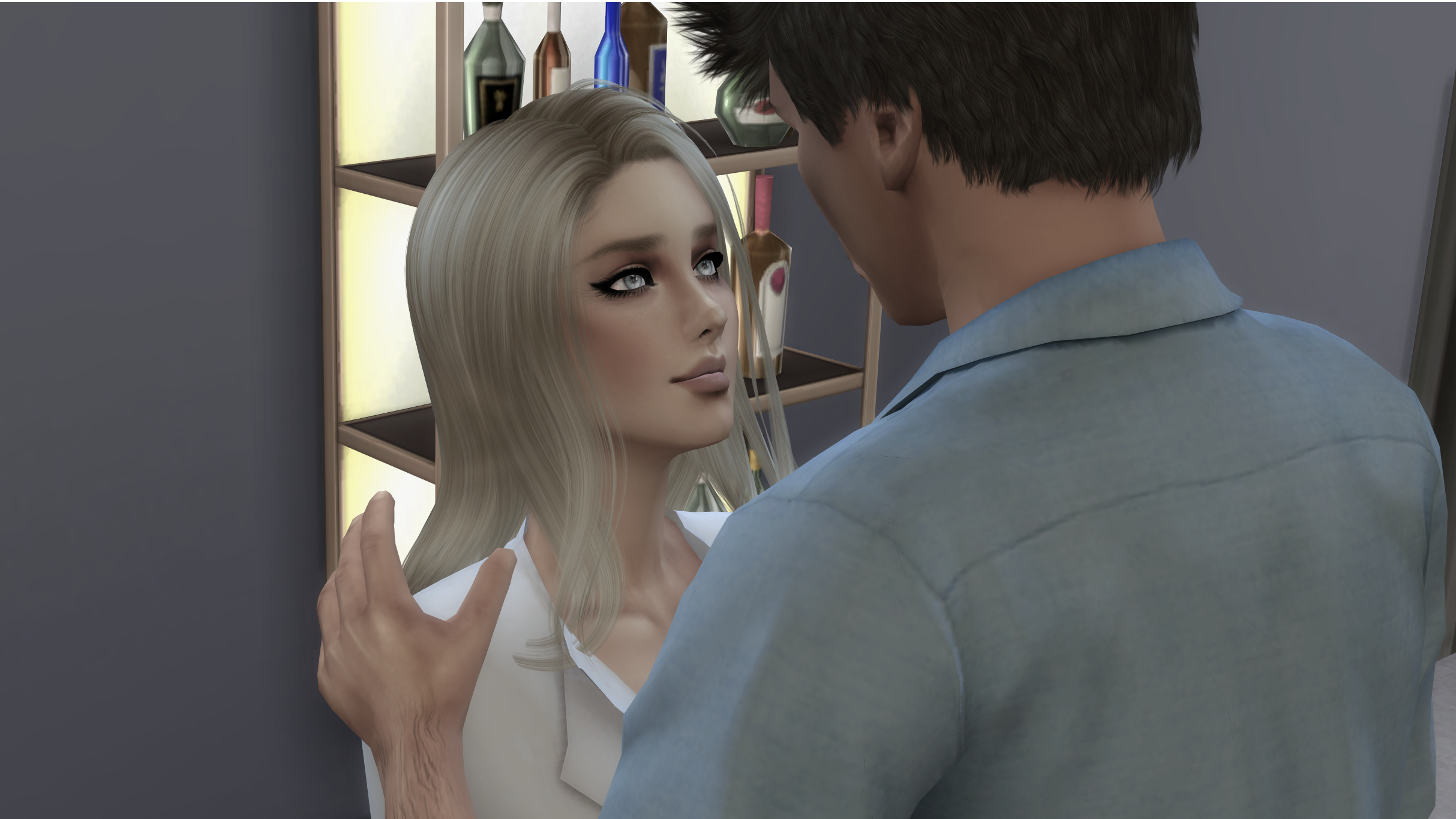 “No. Never apologize. I love it. I forgot what it was like to have a real mother to both my sons. You never let Blake feel he wasn’t yours, not one single time. If only that kid had been then what he is like today, had realized it and appreciated it … everything would have been different. God Blythe, I really hope you find yourself quick and are ready to be with me for good again. I need you here, always. But once you are, know that I will never let you slip away again, so you better be sure. I’ll be all over you all the time. And if it means I’d have to sell EC Architects.” 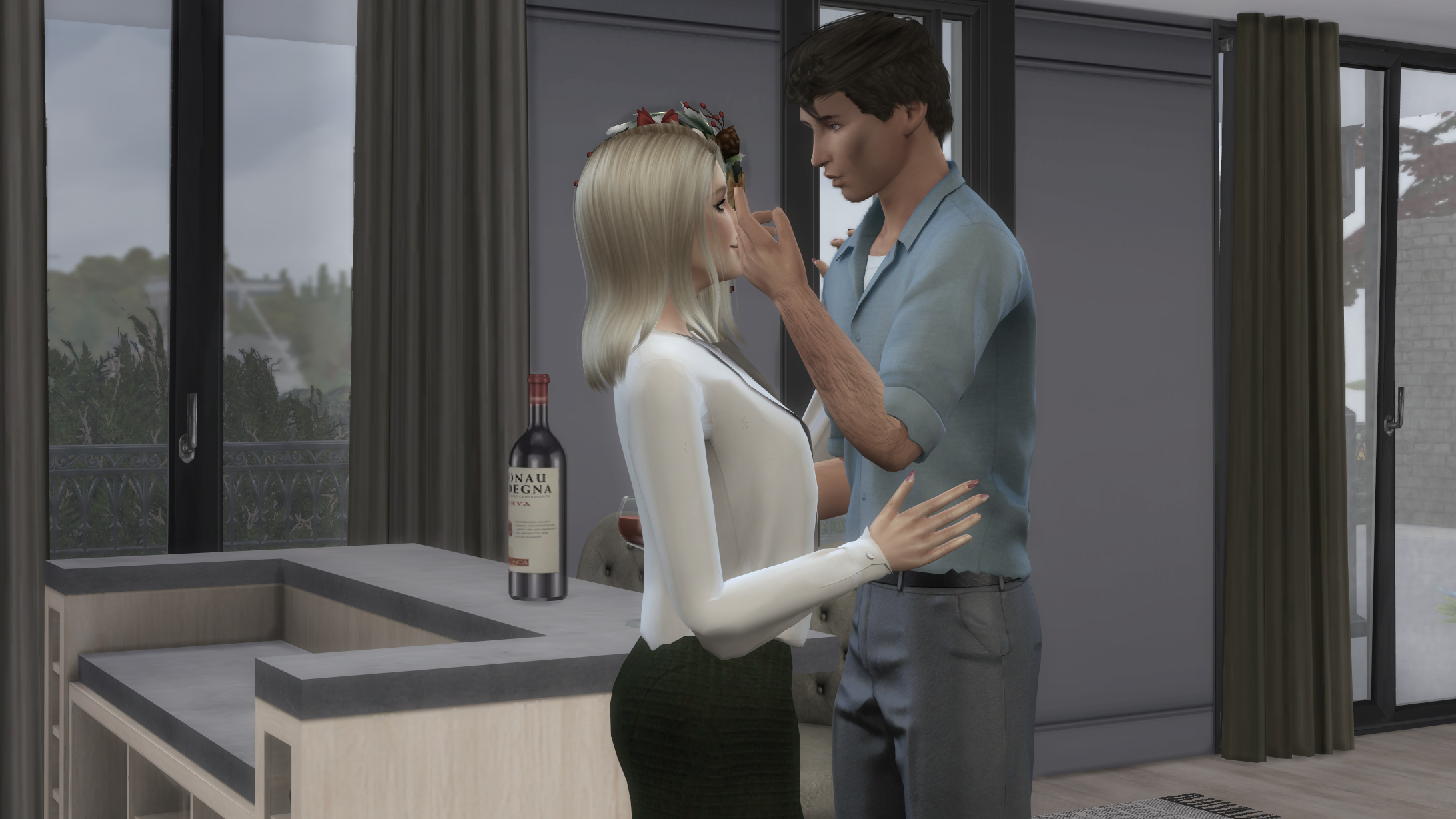 “I would never ask that, you silly man. But you’d definitely would have to work a more appropriate schedule this time around IF – or maybe WHEN – this goes further. And now quit being so melodramatic. Just be yourself Ethan. You are perfect the way you are. A little impulsive sometimes maybe, but so very lovable.”

“Ok, but you gotta give me something. Go out with me. A date. Can you do that?”