Blake arrived, after a brief, friendly greeting he dropped onto the bench next to Hailey, she smiled at him, which he returned.

They exchanged the usual banter, then sat next to each other for a while in silence, until Blake faced Hailey and said

‘Hailz, if you had to pick a girlfriend for me, like, describe the perfect match, what would you see?” 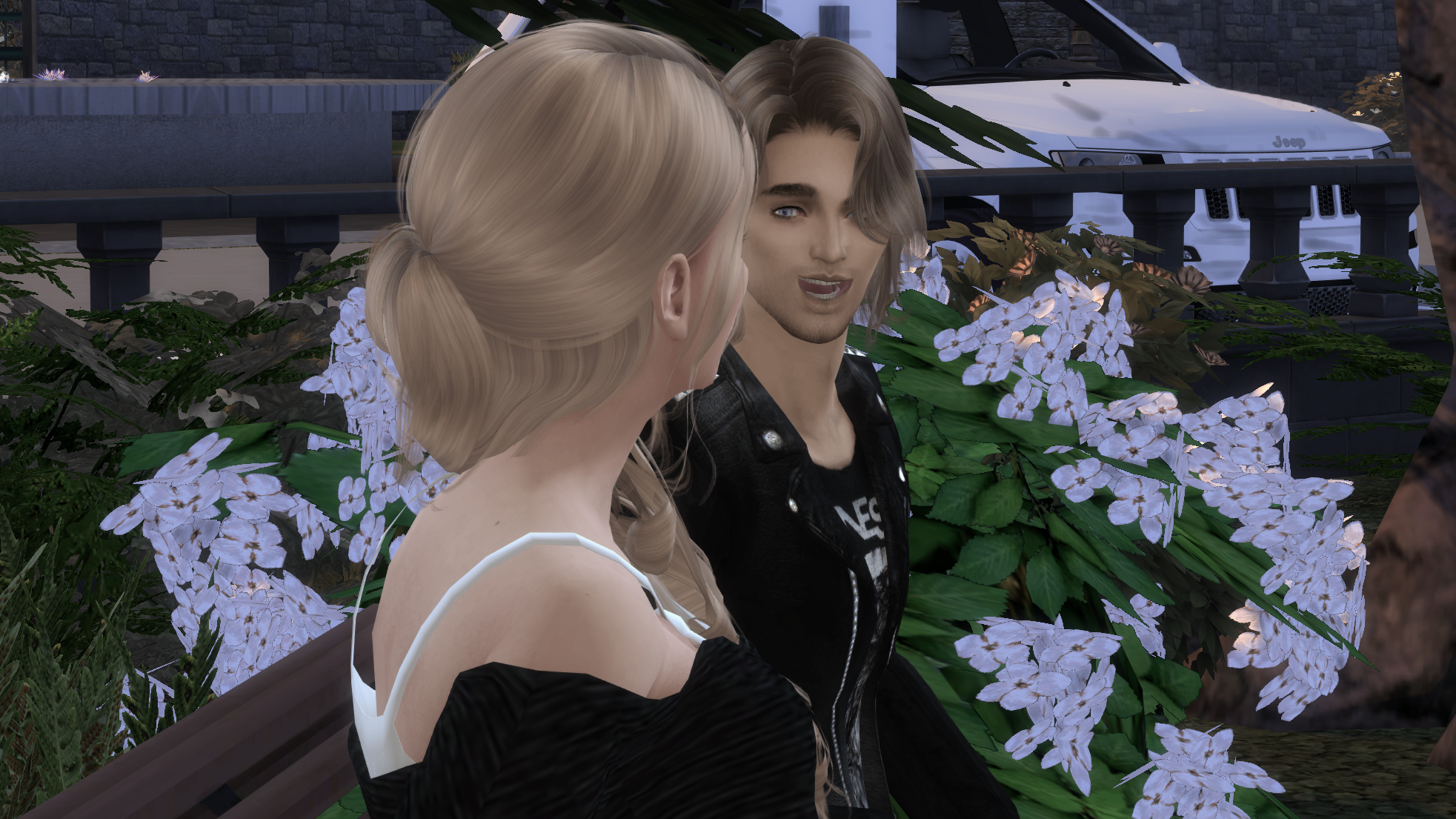 “What kinda weird question is that now?” Hailey smiled and frowned simultaneously.

“Oh, I don’t know … let’s see. Red hair for sure. You know, fiery. And green eyes. No, wait, half your family has green eyes. Brown, but light, you know, like amber.” 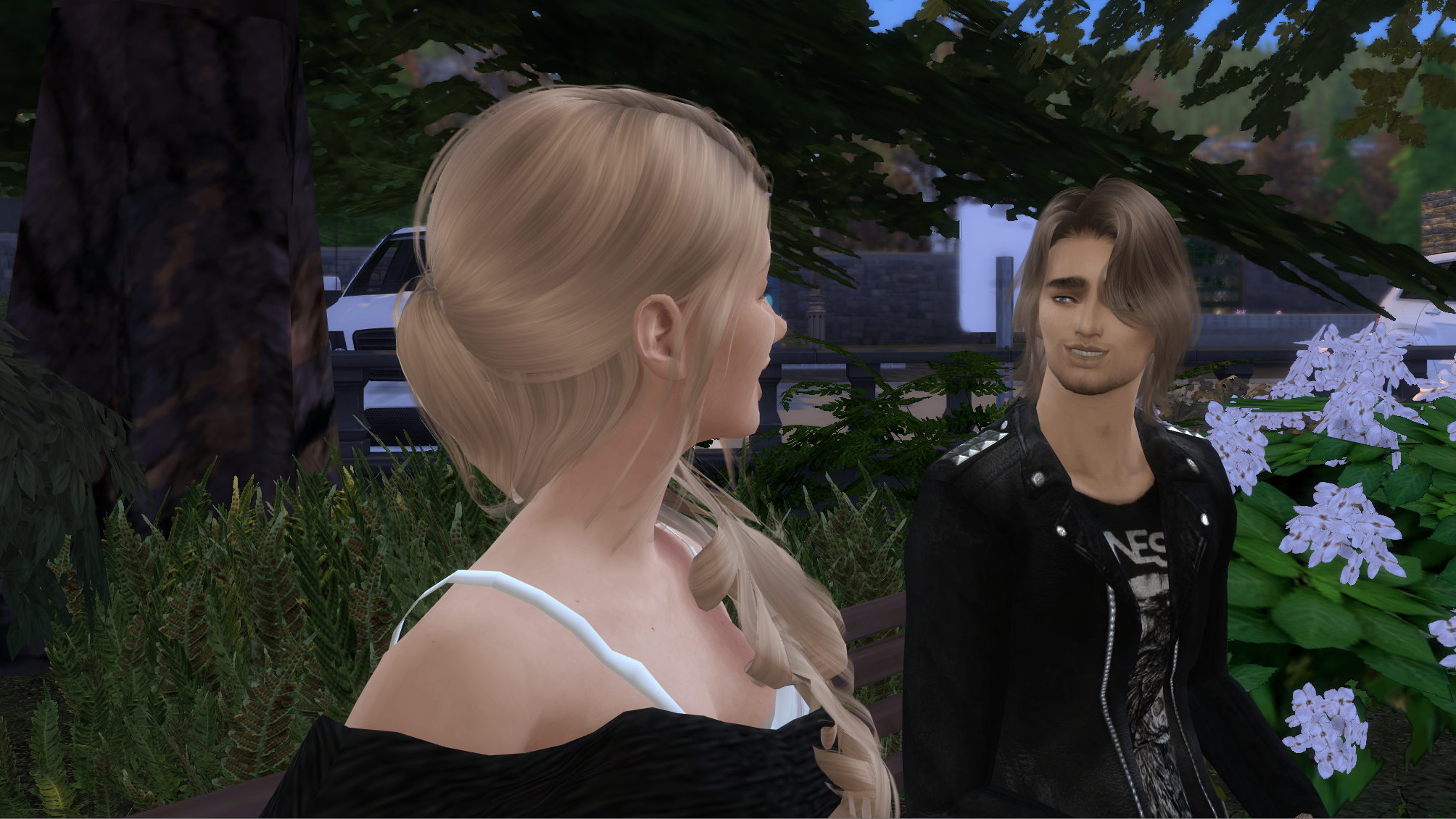 “Oh no! No freckles. She’d be perfect, like the model type, but not too tall. Not taller than you of course. Killer bod, too and dressed in the latest fashion, stiletto heels, designer purses, never a hair out of place. Someone you’d love to flaunt, total arm candy.”

“Wow. Don’t quit that day job, cause you’d fail as a matchmaker. Starting with imagining how much fun my theoretical arm candy would have outdoors. And I like the outdoors, the woods, fishing, hiking, camping, so she would have to as well if it were supposed to last.”

“Oh, right, well, she’d also be super-sporty, would love hiking and camping. In fact, she would be some achieved hiker with tons of broken ‘faster-higher-more’ records and all.” 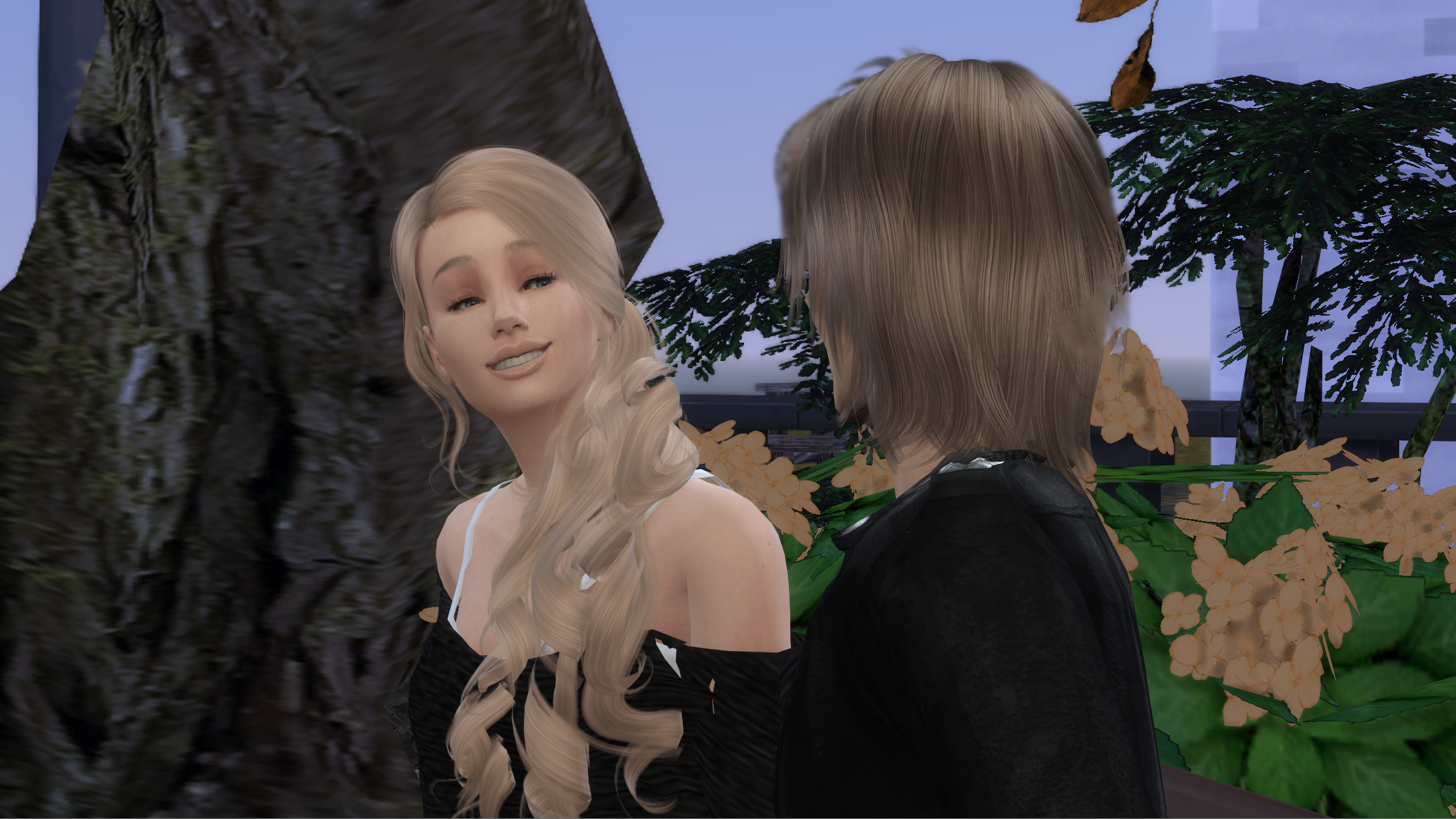 “Must be great over there in Happy-Hailey-Land.”

“So, do me. Describe my perfect boyfriend! Purely hypothetical.”

Blake shot her a certain look.

“Ok, let’s see. He would be barely 5 foot, 500 lbs, pimples, some serious case of psoriasis and alopecia, allergies to any substance known to mankind, cross-eyed, which you wouldn’t be able to see through the coke-bottle-bottom thick glasses … oh wait, I think I am describing the current boyfriend.” 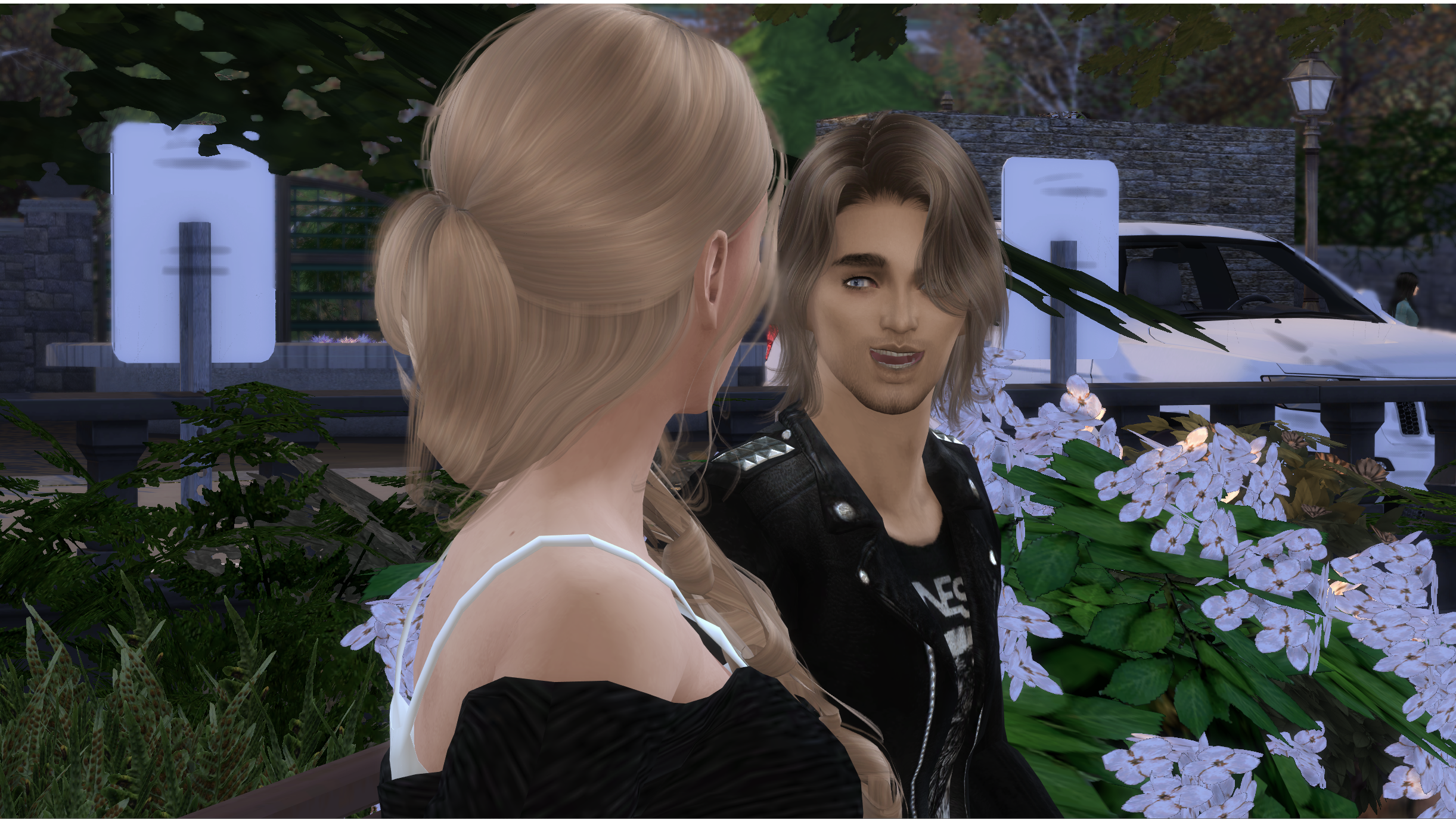 “OMG  – staaaahp! You are such a brat, Blake Cameron!” laughing Hailey elbowed him in the ribs.

“What? You yourself told me it’s not about the looks. So there you go. If you’d let me finish you’d know the hypothetical boyfriend would also be kind, ultra-smart and never made a single mistake.”

“Man, aren’t I a lucky girl. Thanks, Blake. Hope you can make that introduction soon.” 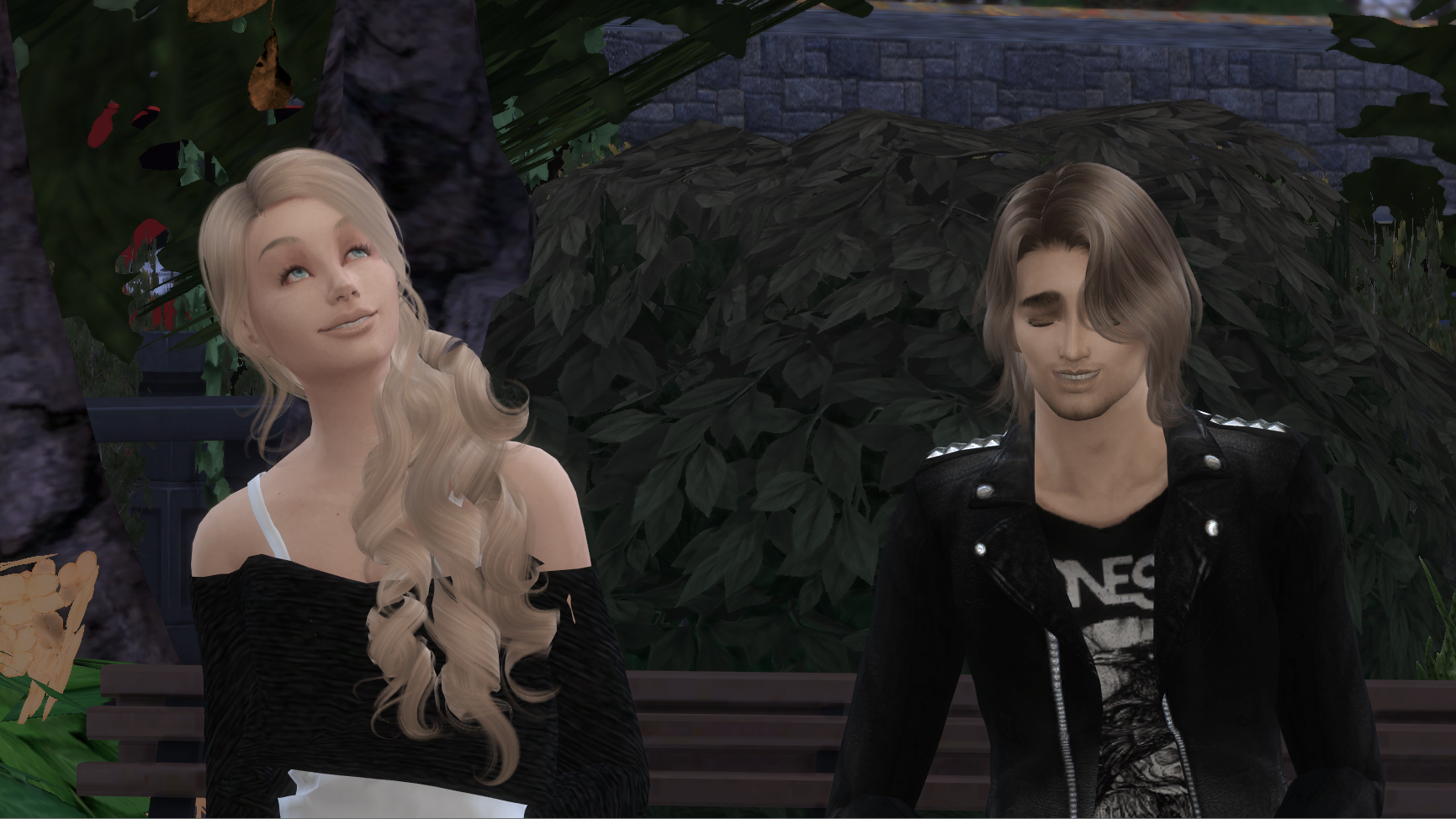 “Soon? Is the current Mr. Perfect on his last leg with you or are you accepting additional applications?”

“Might as well hear it hot off the presses: Mark and I just broke up.”

“No, I mean it. I am not saying I am sorry he’s history, we both would know that to be a major lie, but I am sorry you are going through this. If you want to talk or need a shoulder … I mean as a friend.”

“Can I ask what happened? Was it because he was so old?”

“Blake, he wasn’t that old. You act like Mark was about to retire. He’s only in his thirties.” 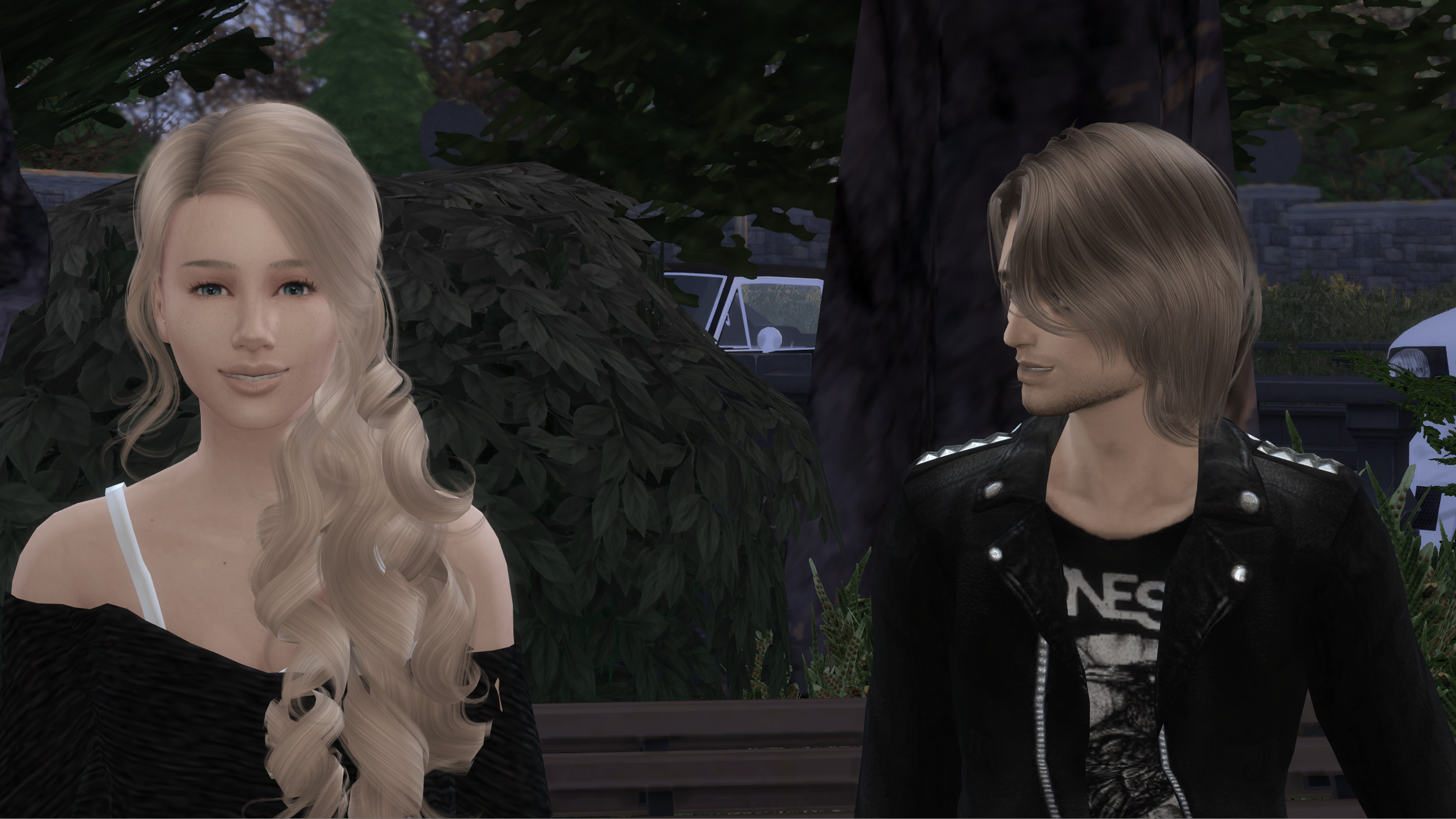 “You are 22, Hailz! I am 24. You say he’s in his thirties, and from the looks of it closer to the upper range, so inching towards twice your age. That IS old.”

“You say old, I say mature. Let’s just agree to disagree. I’ll spare you the depressing details, but the Cliff Notes version is that after my slip-up with you after your dad’s wedding Mark was pretty on edge about all things concerning you, as you are well aware. At some point he had enough of the constant confrontations with you – and Ally too now – so that he refused to go to the BBQs and parties ever again. I told him I would go alone then, he had a problem with that. I guess he said he forgave me for our transgression, but he didn’t trust me anymore. Made me choose, him or you guys. I told him I don’t do blackmail. You can guess the rest.”

“Wow. Sorry – again. But thanks for standing up for yourself – and the rest of us. At least you know who your friends are.”

“It’s okay. Guess I am just not as patient with his antics as I was with … someone else’s.” 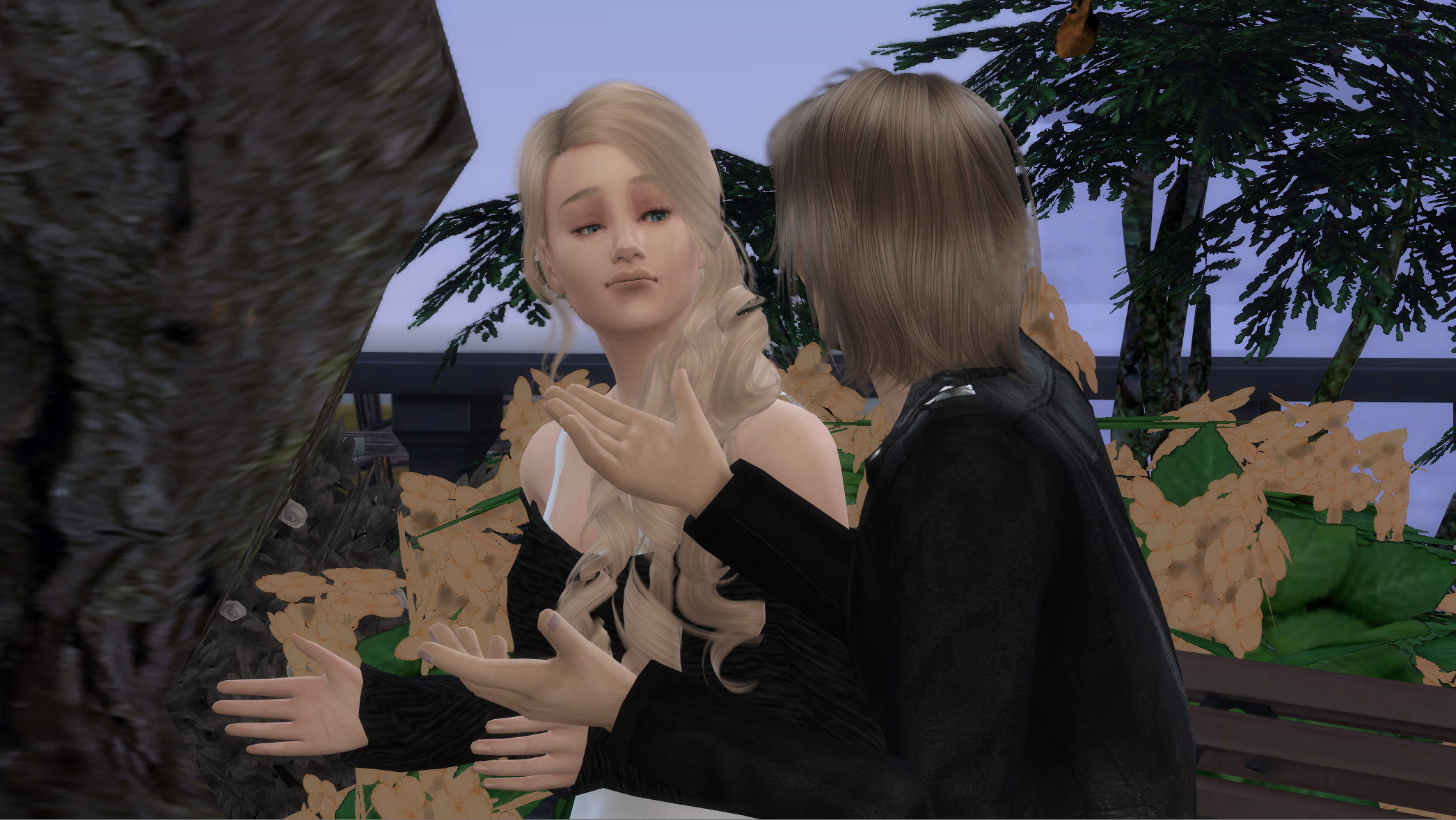 “You can say ‘me’, Hailz. Just us here anyway. And I know I tried your patience a lot. So, where does that leave us?”

“Same place as before. I was afraid your wheels might start turning in the wrong direction, which is why I didn’t mention it until now. We are still where we were before. Nothing has changed.” 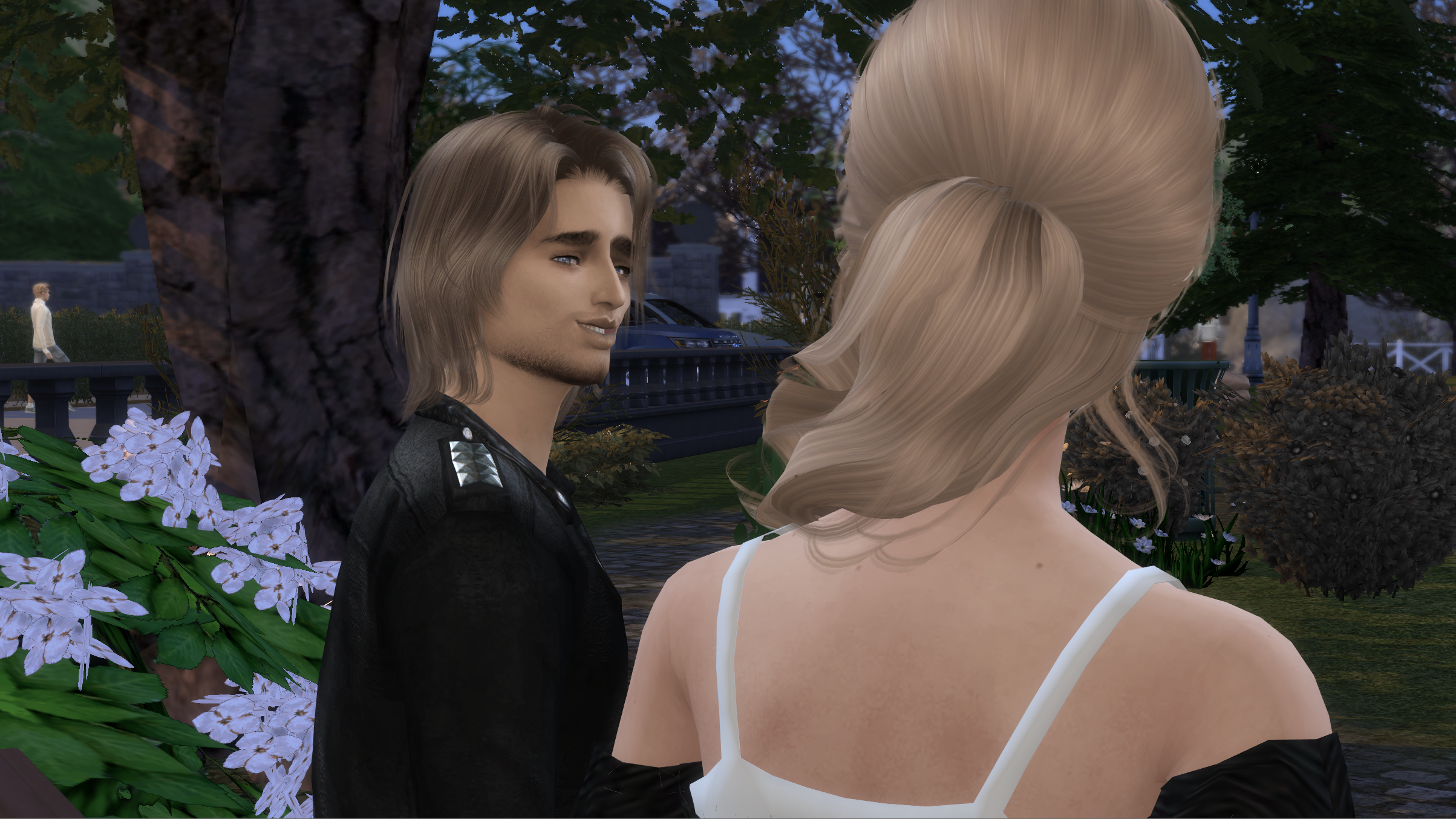 “Just okay? No argument? That does not sound like the Blake I know.”

“What do you want me to say, that I haven’t said so many times that it made my lips bleed? You know how I feel, nothing has changed. If you are still not ready, I’ll wait.”

“When are you leaving again?” 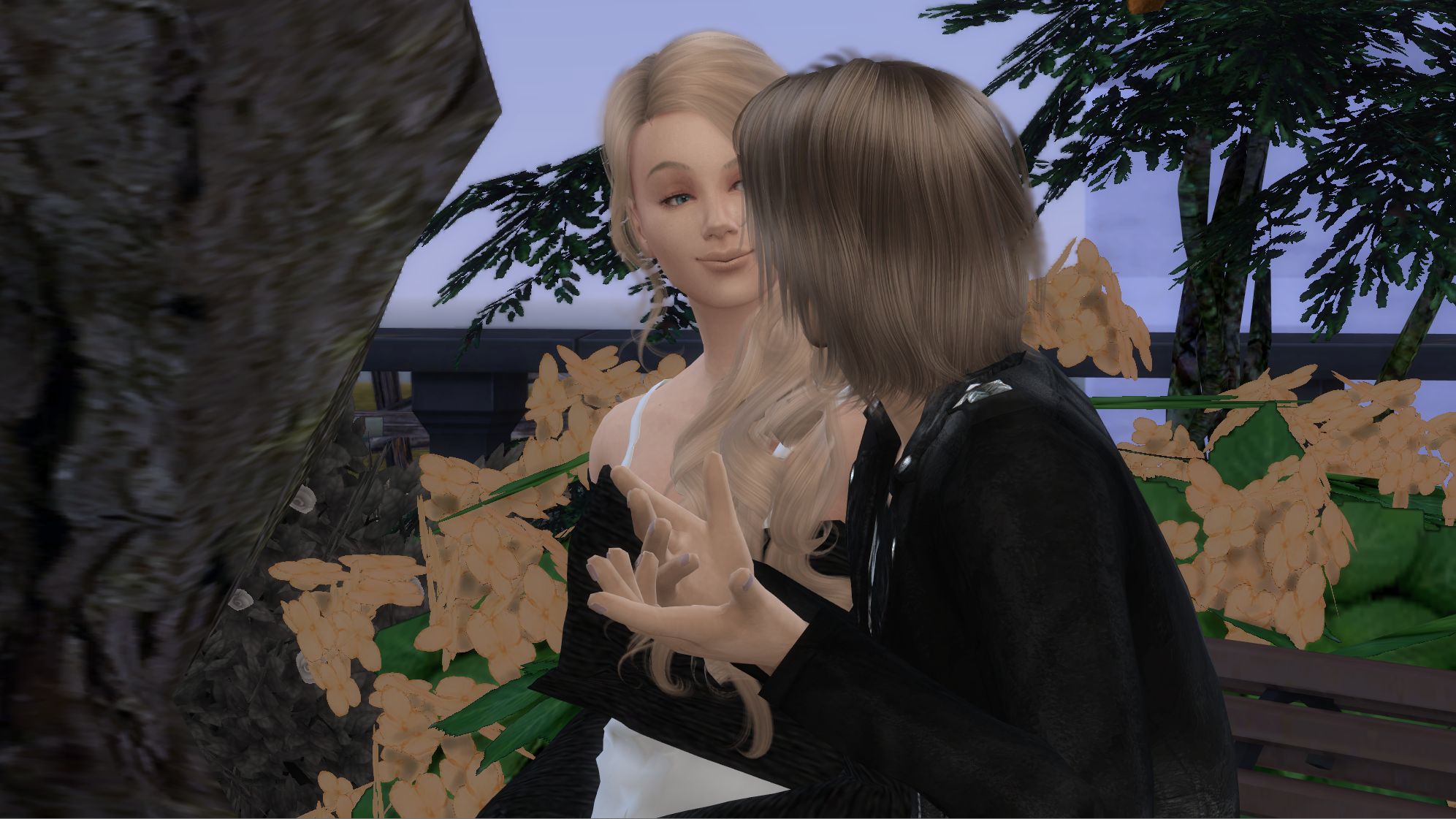 “I do. Well, kinda. There is always that bitter aftertaste, but making music itself, performing, I love.”

“Bitter aftertaste as in …. oh, never mind. I get it. But why are you not dating, Blake?”

“When? I travel so much and all the decent girls I know I am either related to, or they are in relationships. And I am just not the one-night-stand type. That was all Drake. I may be an asshole, but evidently a different kind. I’ll keep an eye out for short attractive redheads who like hiking though.” 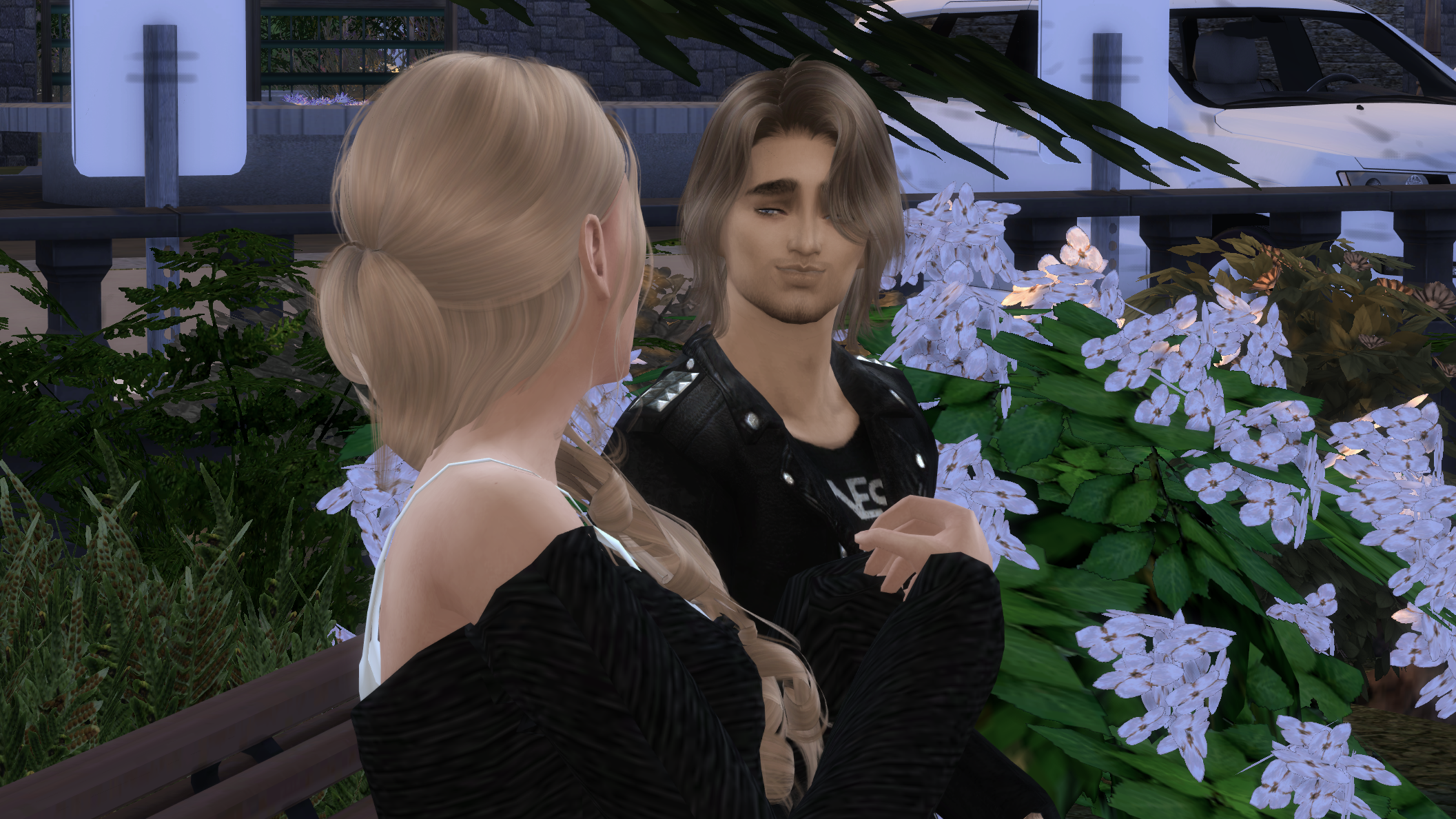 “You got it. Hey Hailz, thanks for finally trusting me enough to just hang out with me.”

“It was never about not trusting you. I just didn’t want to instill you with false hope. Whatever you may think of me, I never meant to hurt you.”

“I know. Would probably have made all this easier though.” 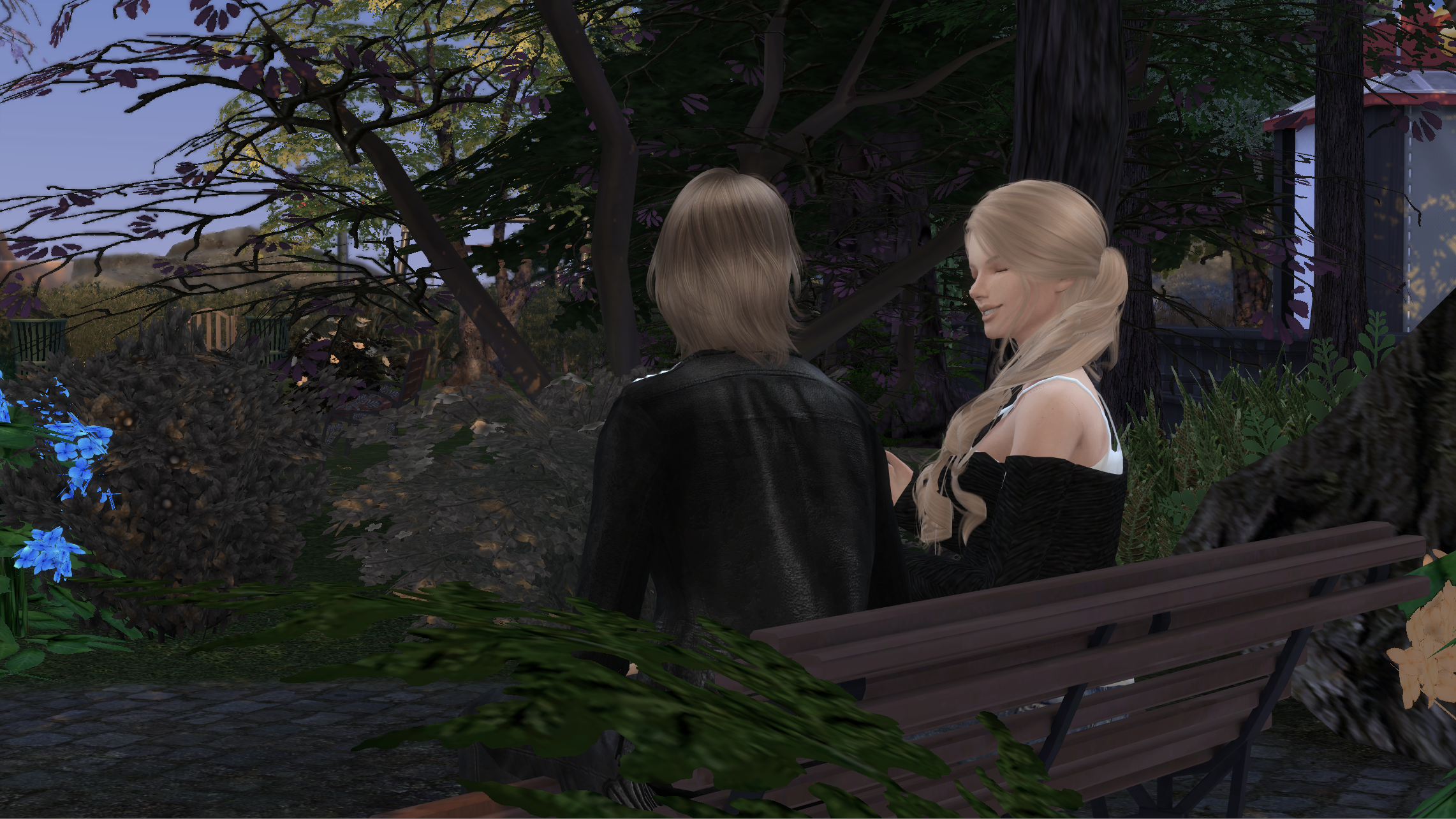 “Blake, I am starving. I hate to cut this short, but I need sustenance. Mind if I took off now? Maybe we can catch up again after you get back from your tour.”

“Counteroffer: come home with me, so I can shower and change and I’ll take you out to dinner. As friends. Since I am leaving again tomorrow and we won’t see each other for at least two weeks … pretty please…?”

“Fine. Dinner. But anything longer than a quick rinse and I am gone. You can do spa day whenever my stomach isn’t digesting itself.”

“So, you’re saying no cucumbers on my eyes and yoghurt in my hair?”

“If you have all that at home, I’d make you cook for me instead. But fine, let’s go.” 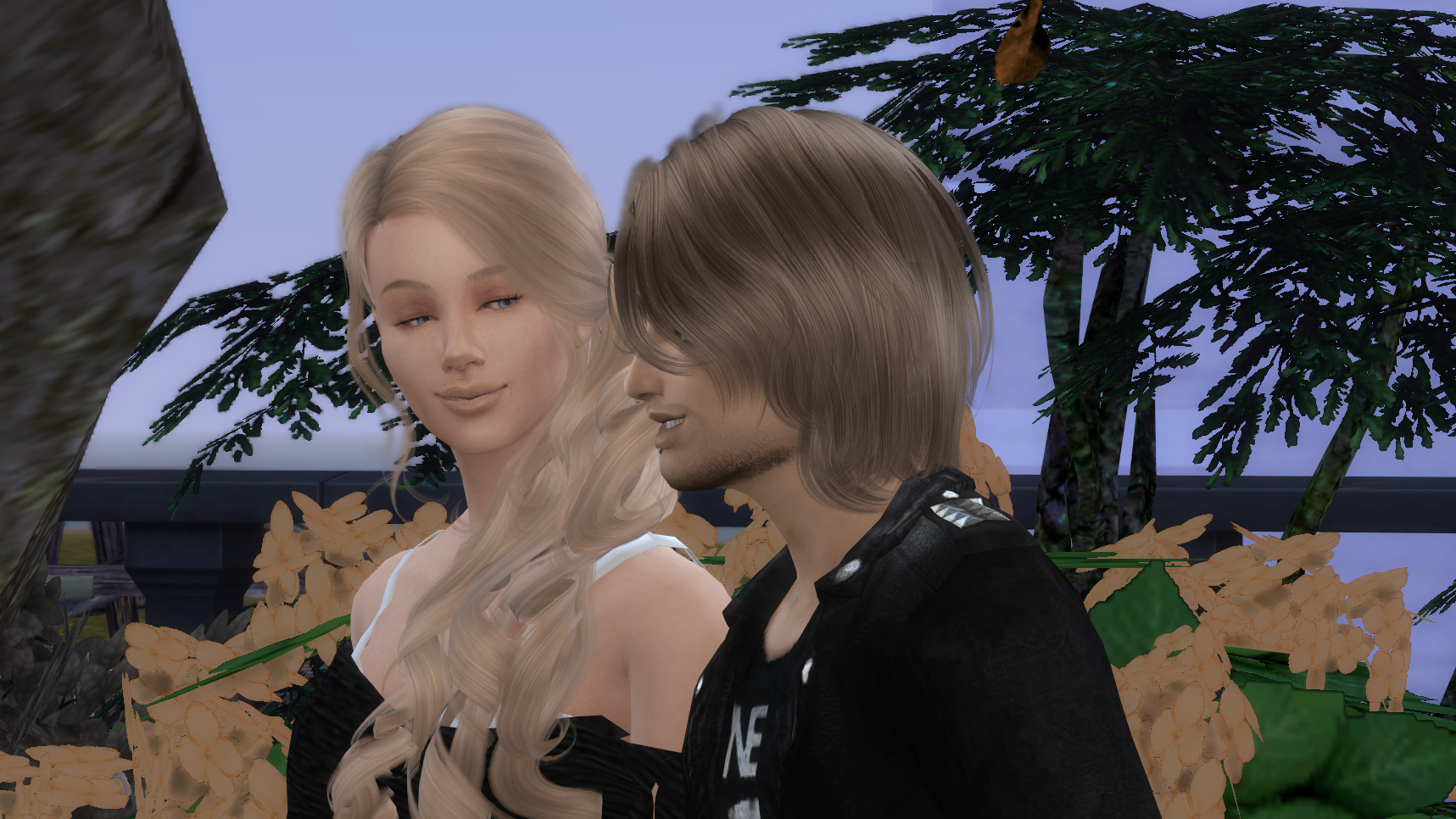 She followed him in her car to his apartment, then waited while he took a shower. She had not been here since they broke up over eight months ago now.  Felt odd, but also brought back memories. 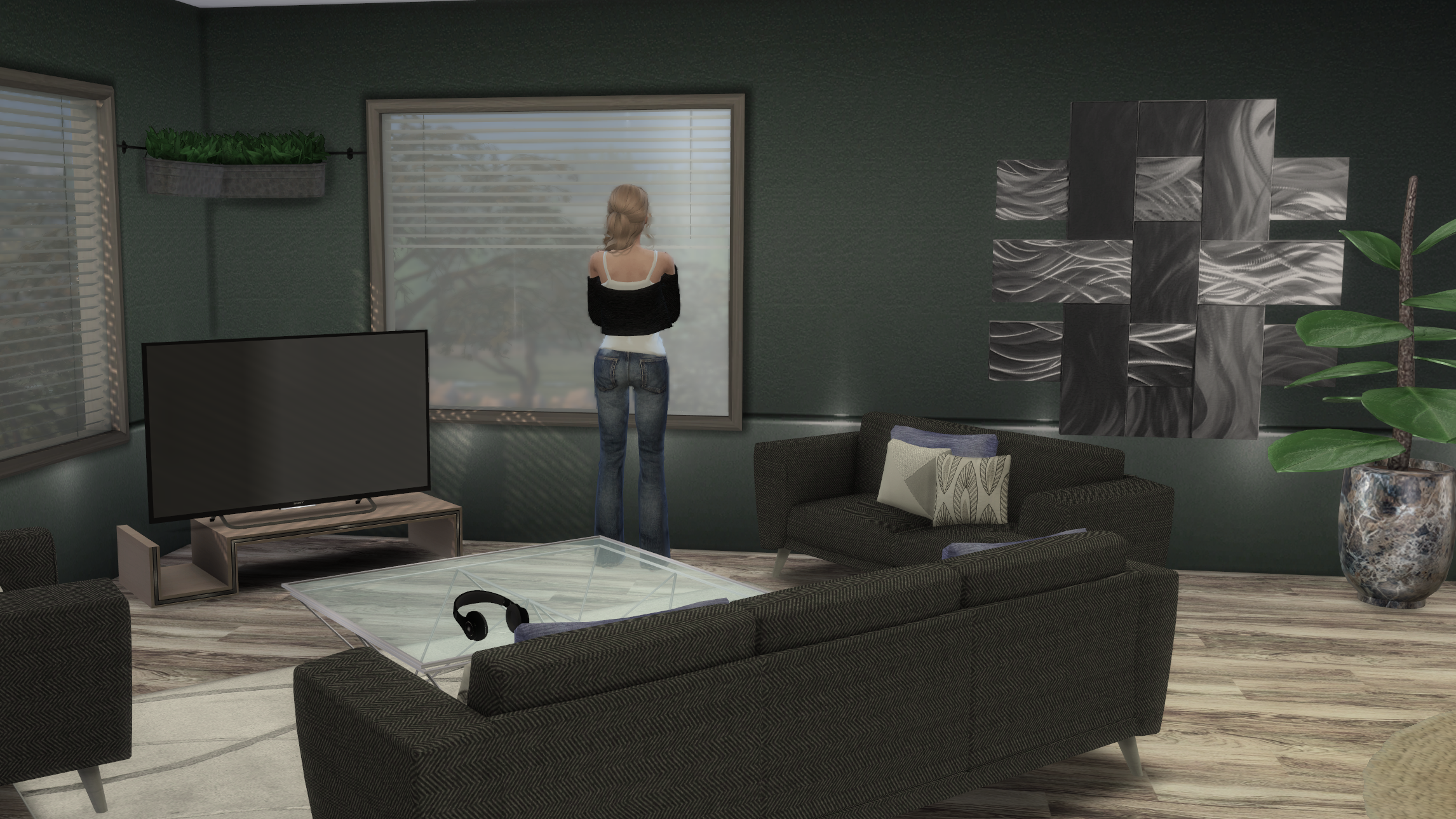 “I forgot how much I loved that view … ” she said against the window. 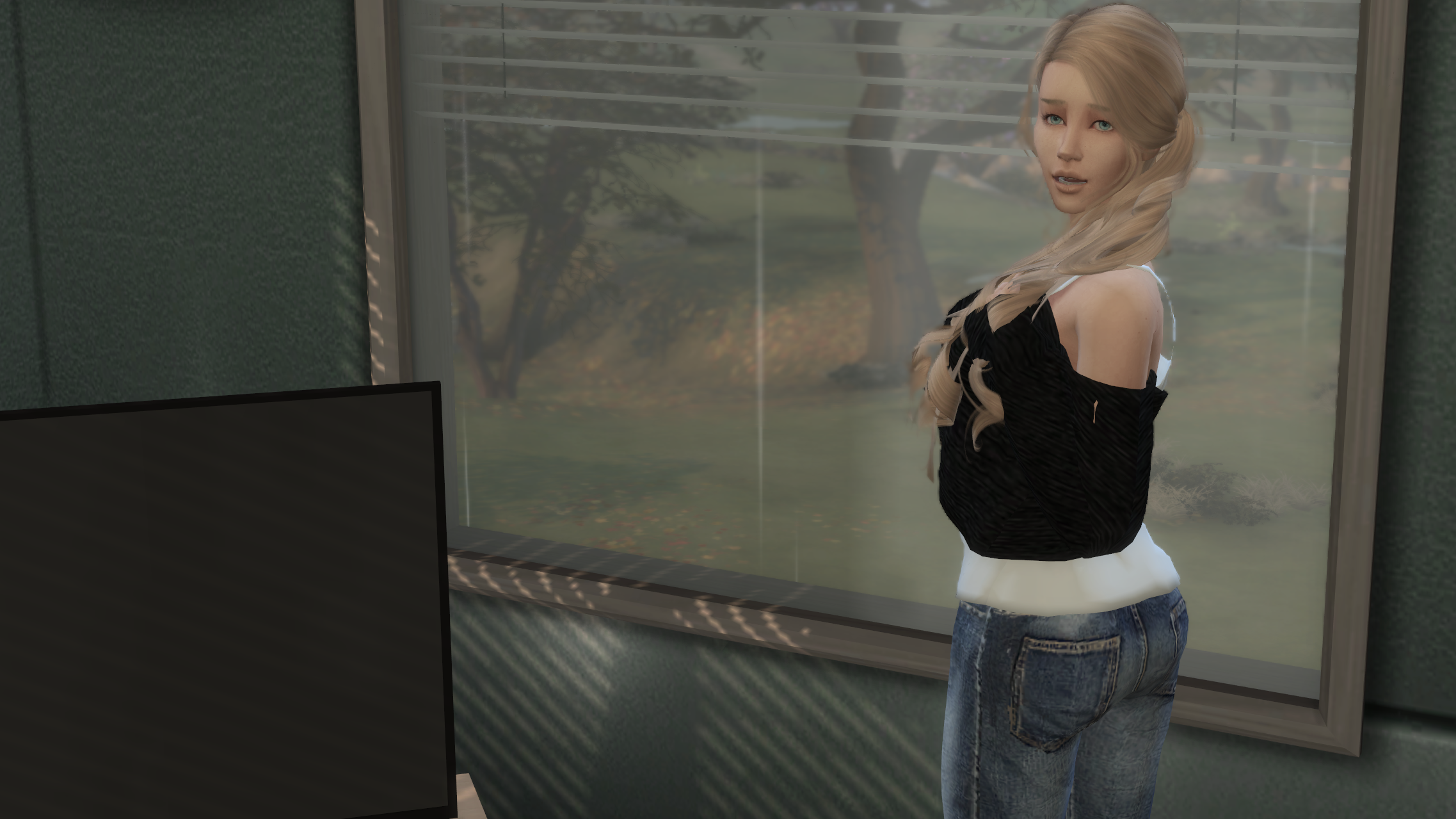 When she turned around and saw Blake with just a towel wrapped around his hips, her heart raced and she realized the double-meaning of her words. 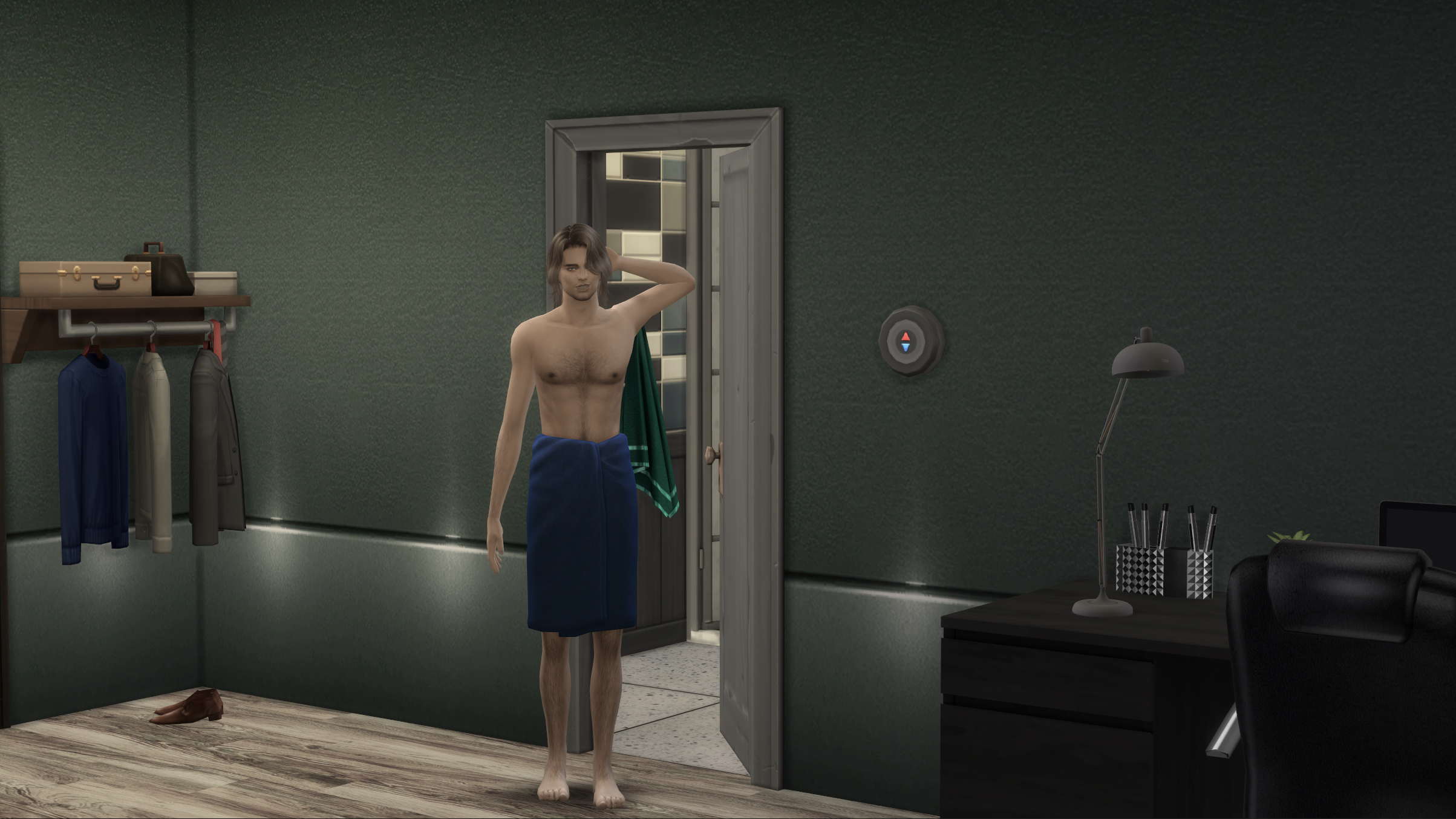 When he noticed her staring, he shrugged

“Yeah, sorry. Still not good at thinking things through. Forgot to take a change of clothes in and .. yeah.” 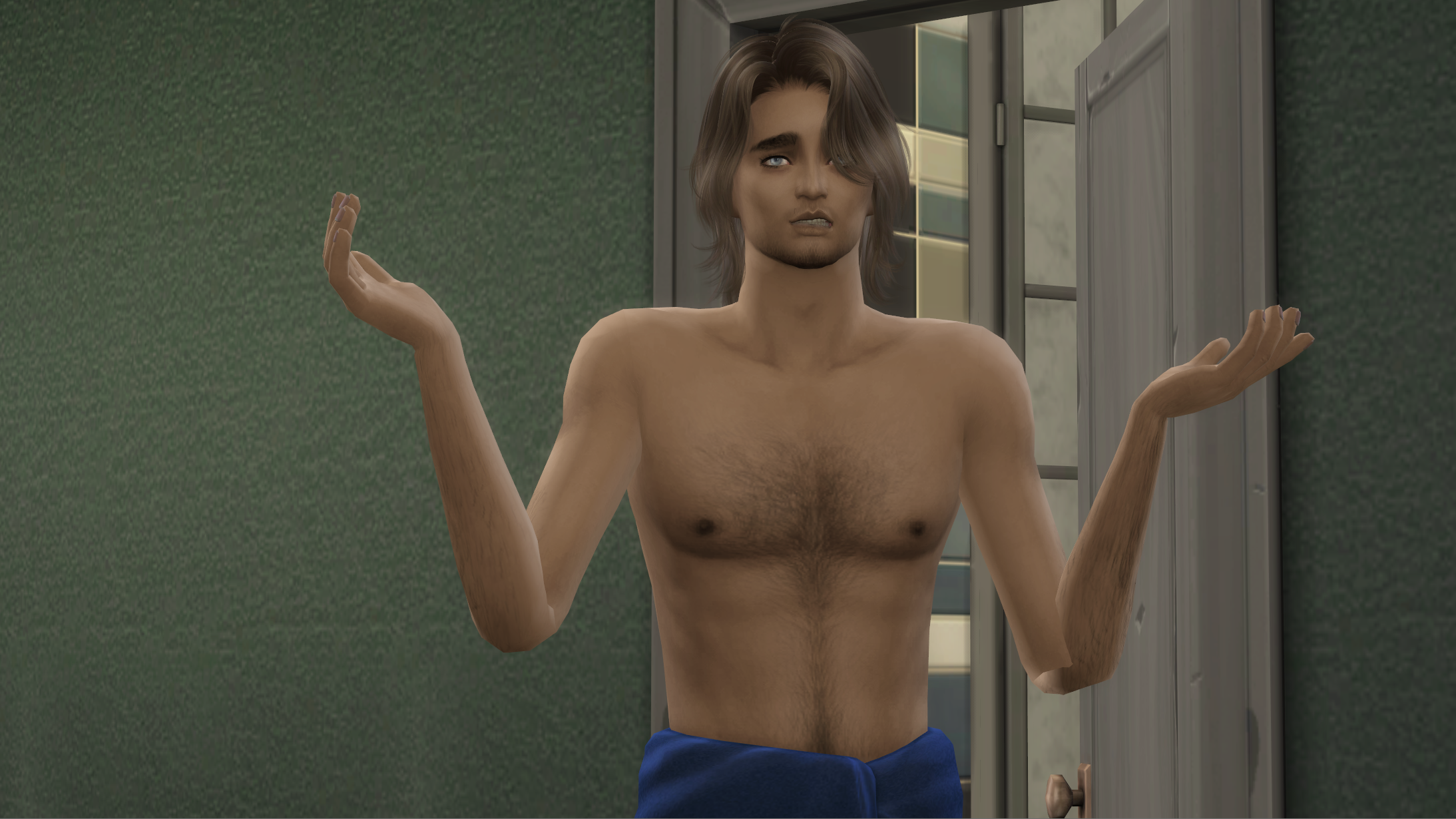 Blake’s apartment was the studio kind, everything was in the same room, except the bathroom, so he had no choice.

“No, that’s totally fine. I can turn around.” Hailey said, but just stood there, staring at him, just like Blake stood like glued in place.

Neither could say for sure who moved first, but suddenly they were on the bed together, kissing, making out. 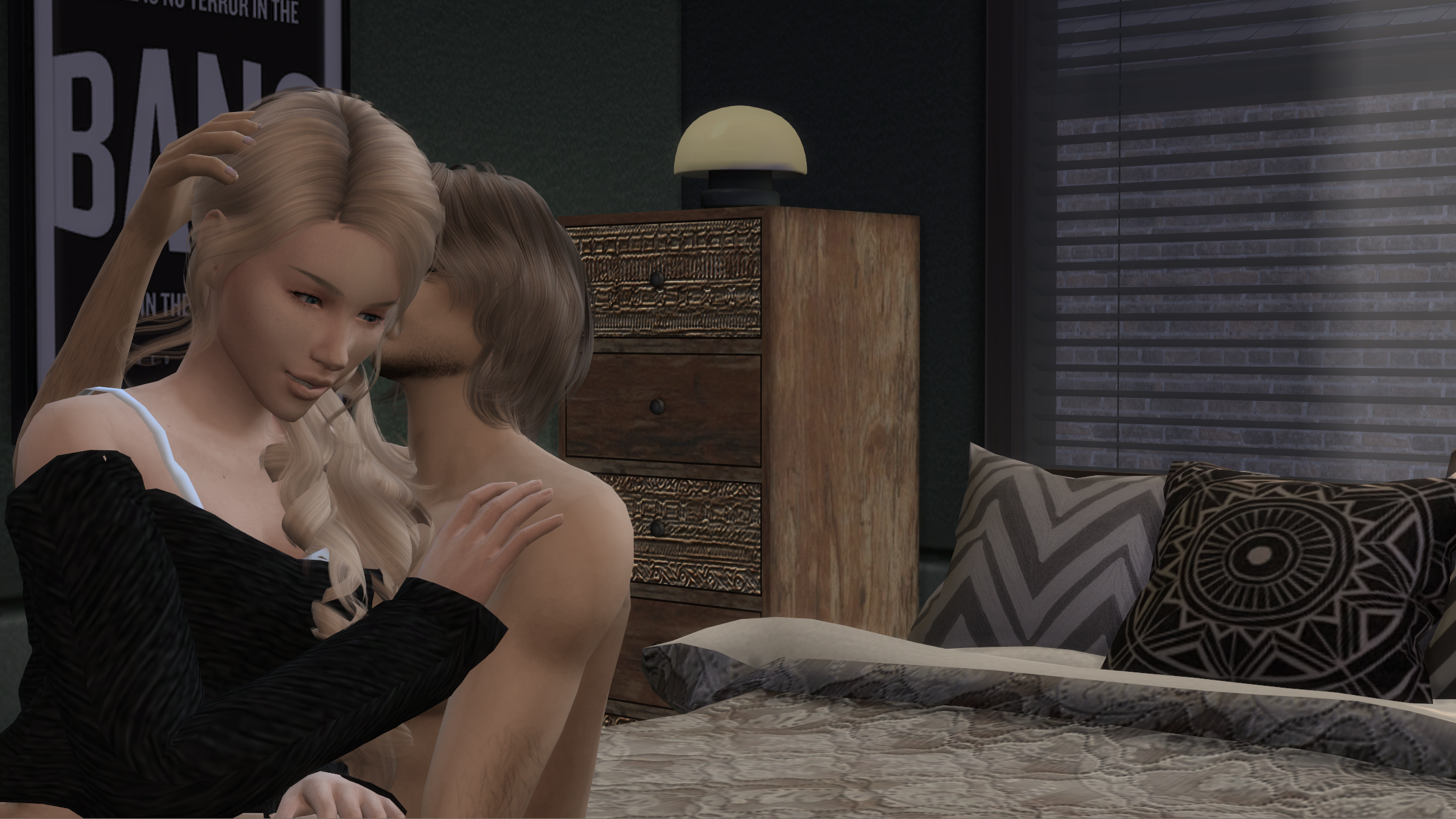 The making out became more and more intense, at some point Hailey pulled off her clothes and one thing lead to the next. An impromptu lovemaking session. Again. 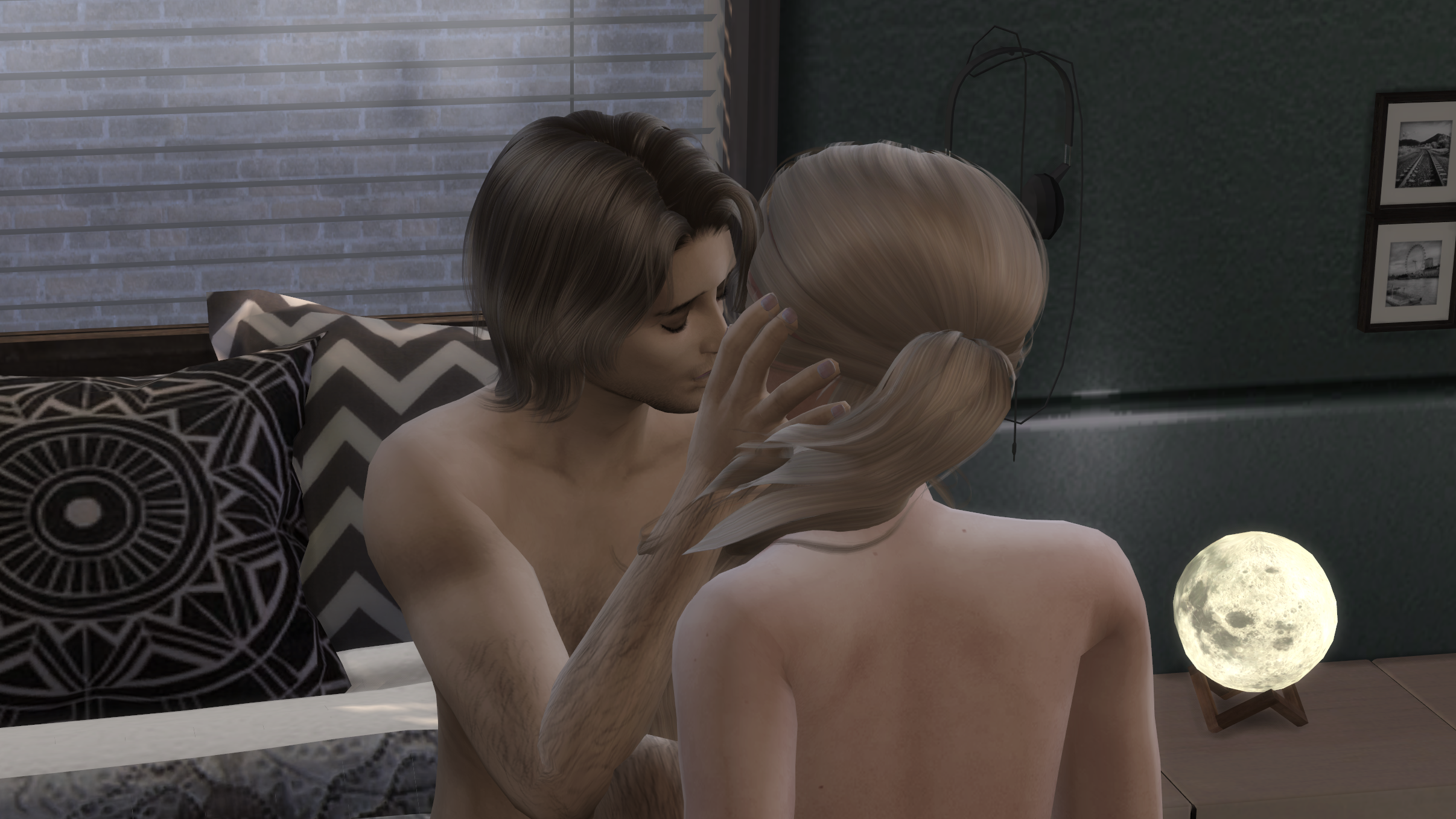 Afterwards she looked stunned, as if awaking from a trance.

“Hailey, I missed you so much …” Blake smiled at her, gently pushing a stand of her hair from her face.

“Don’t ….” she pulled away, sat up, picking up her clothes and putting them on in record speed. Her whole demeanor had changed again and she avoided looking at him.

“No, Blake. I am leaving. I shouldn’t have done that. Again. See, that is why. It’s not you I don’t trust Blake, it’s me. I just cannot seem to think straight alone with you. And no, this does not mean anything other than that I have some serious issues to work through. And I just HAVE TO stay away from you. Friendship does not work between us and I just cannot go through a relationship as crazy as it would be with us. We tried and tried and we just do not work. Sorry, Blake. I really am sorry. Gotta go. Bye. Actually, farewell. Have a safe trip. Oh – and no worries about another pregnancy scare. I am definitely on birth control this time.” she said as she was leaving without even turning around. 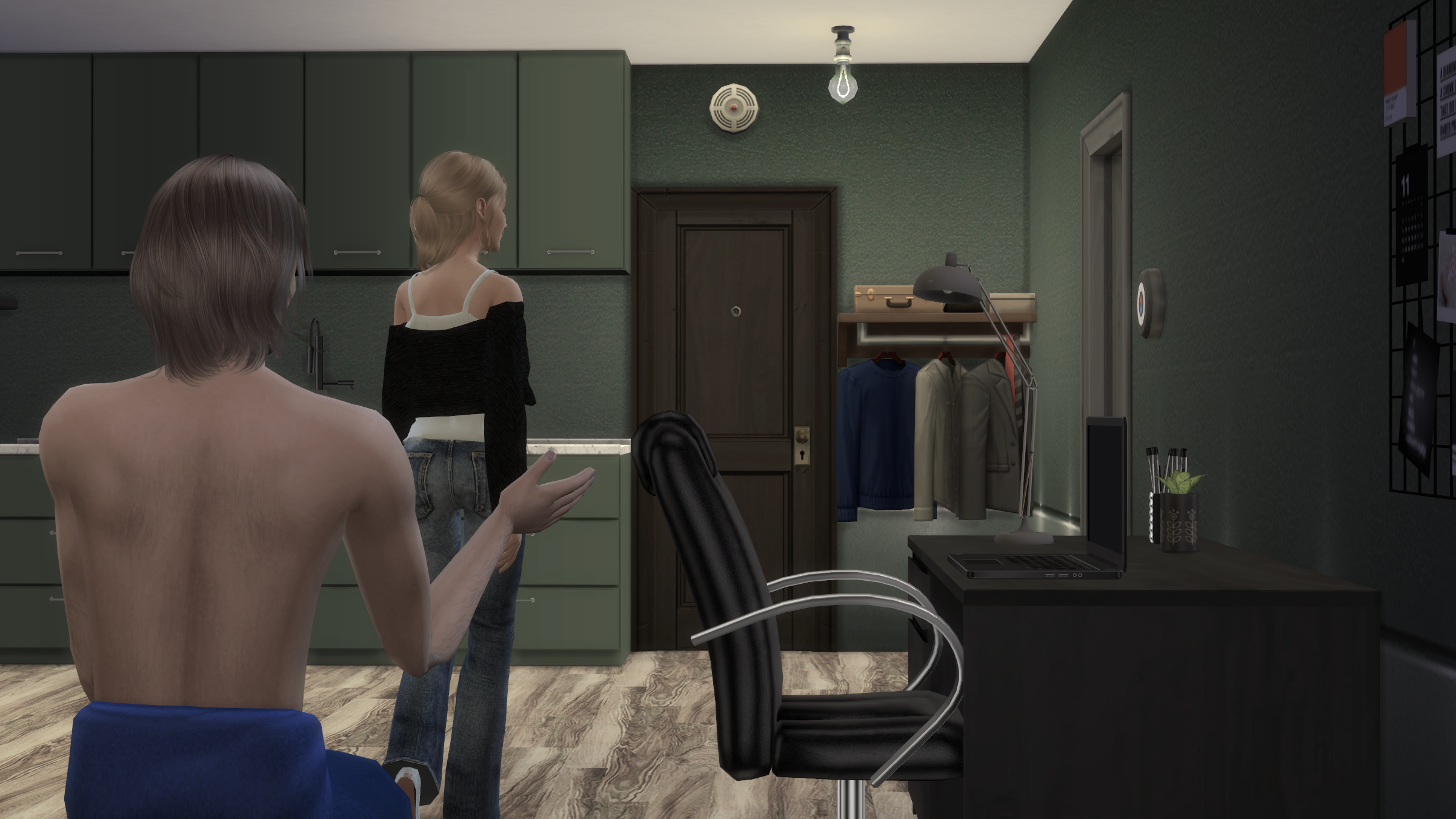 “No, Hailey, wait!” Blake tried but she was already out the door within seconds before he could get off the bed – and he wasn’t dressed. 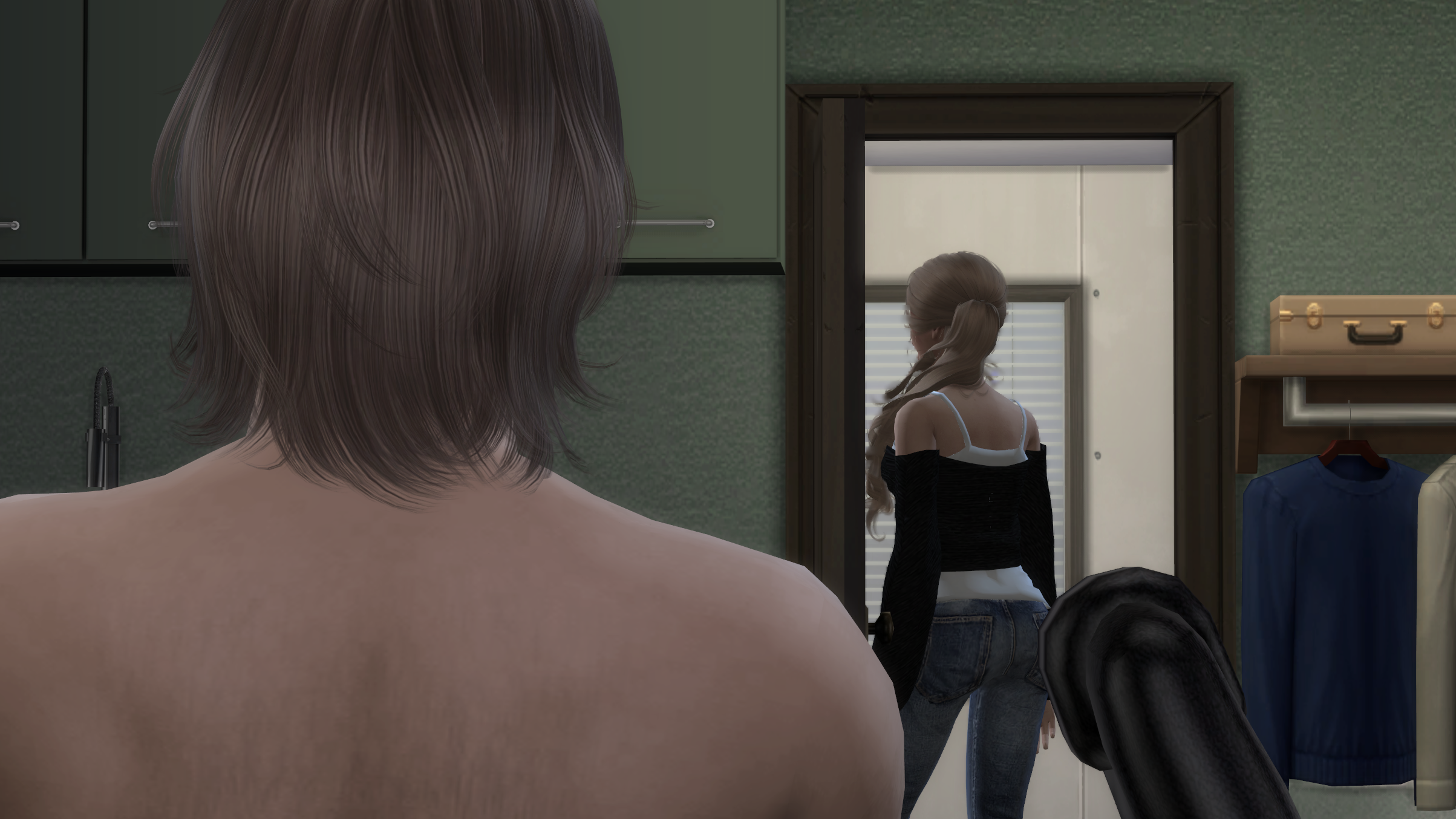 Stunned Blake sat on his bed, too surprised and in awe to do anything.

“What the hell was that?! I know I am not the smartest, but I just don’t get it.” he mumbled into the emptiness around him. 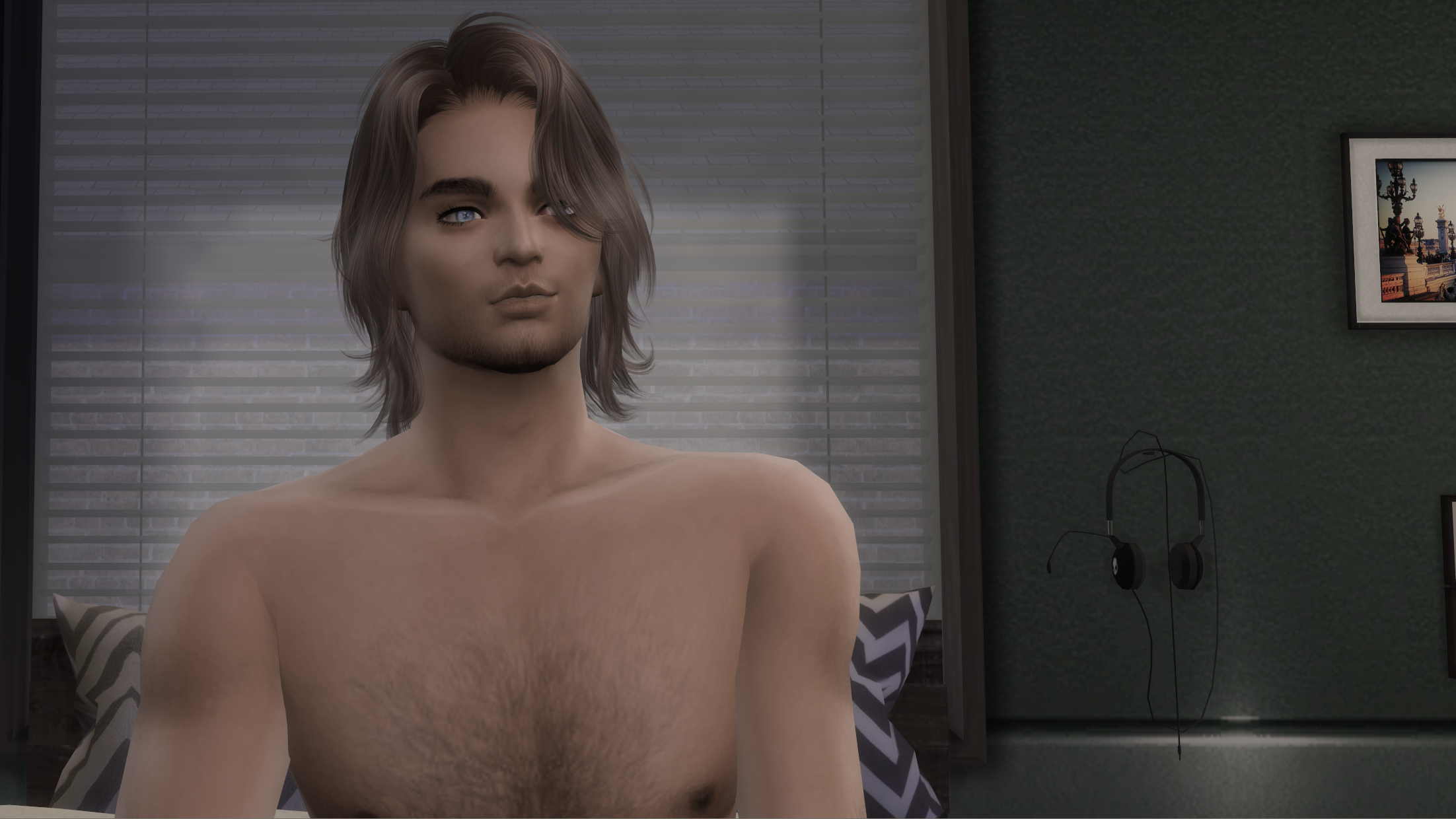