“Goodbye is the hardest thing to say to someone who means the world to you, especially when goodbye isn’t what you want.”
~Unknown

The weekend in the woods had fused Hailey and Blake closer yet, and while they told each other most everything, he never told her about his dream.

She in turn never said out aloud what he already knew, namely how she really felt about him. Sometimes he felt guilty, as if he were stringing her along, but his outlook on females, relationships and the importance of their friendship above anything else remained unchanged. Or did it? He wouldn’t admit this to himself, but he had doubts. What would first love fully lived out feel like?

Many more trips to Del Sol Valley made the next year seem to fly by and before Blake knew it, his 18th birthday came.

Officially an adult. Even though he felt no different.

Following that soon would be high school graduation, somehow he had managed to keep his grades up enough to be able to graduate with the others. 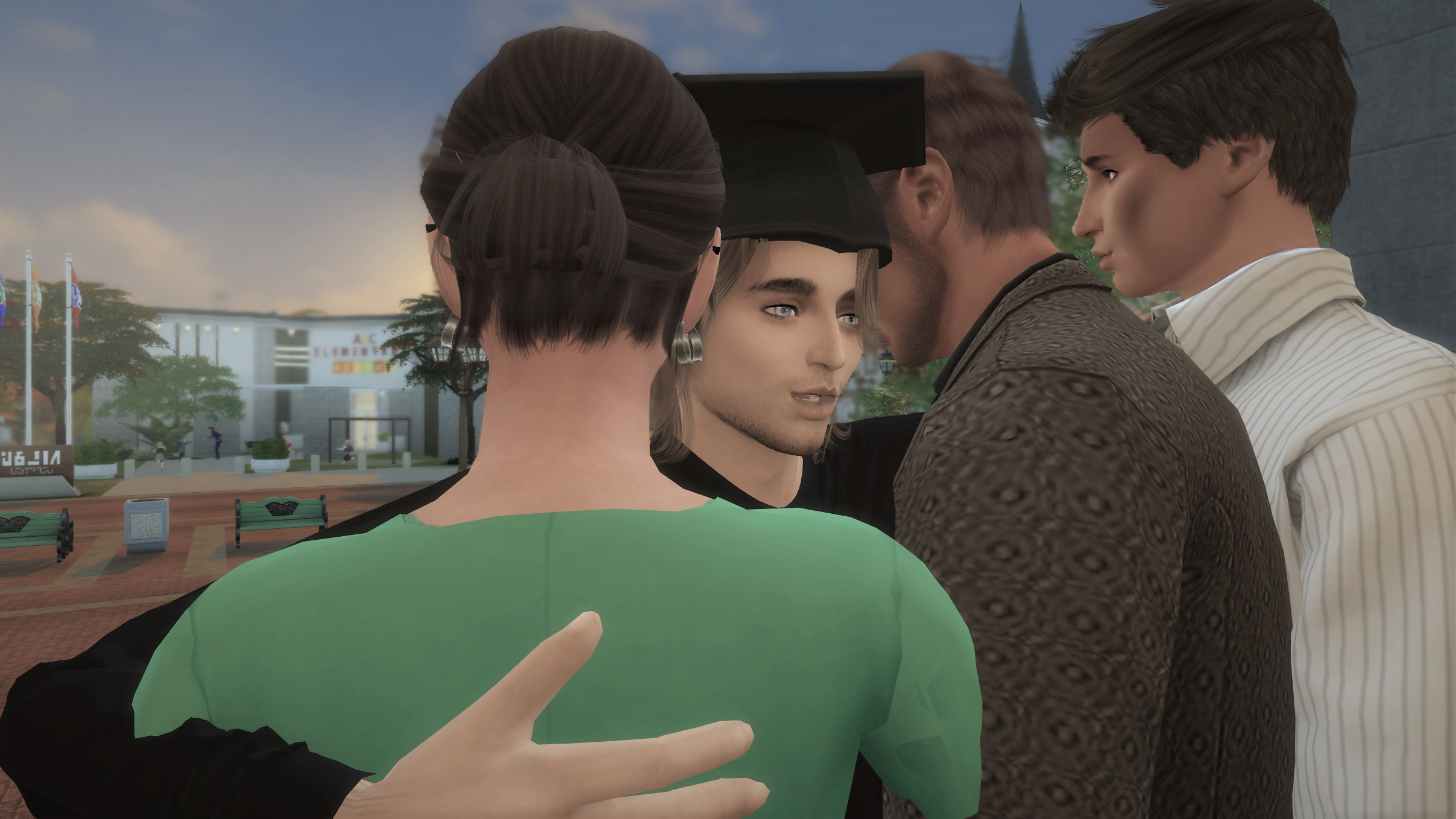 Not exactly with flying colors but at least no bigger embarrassment. And his family was proud of him regardless. It felt good. So good. 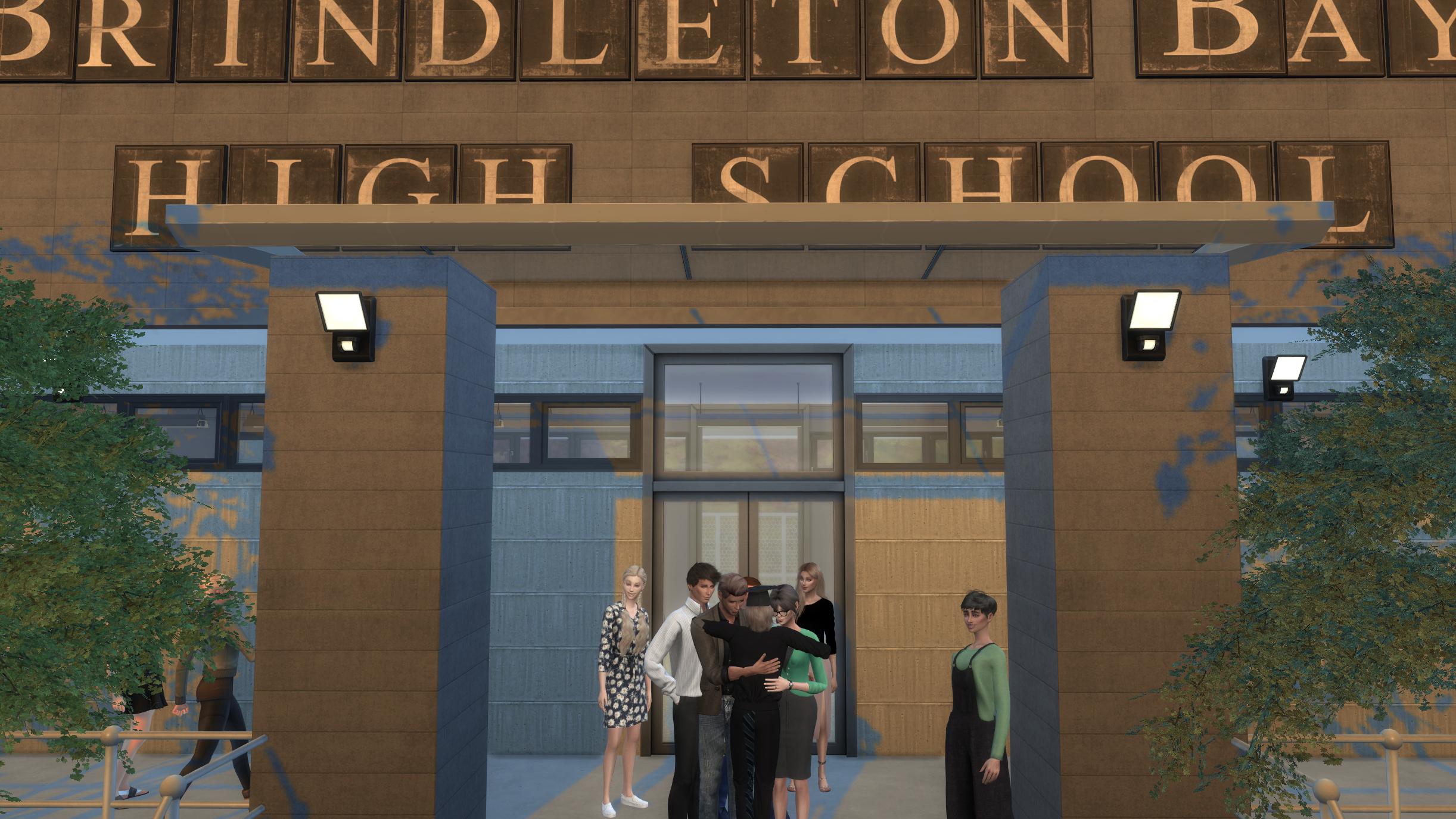 But before graduation: Prom.

With his career aspirations and the resulting recurring travel, Blake had managed to miss every single school dance and event. But he would not miss his senior prom. His grandmother had been very adamant about this and Blake agreed.

There was only one person he would ask and when he did, Hailey, who was still a Junior in High School, nearly did a back flip for excitement.

But he had no idea it meant she would insist on going to shop for outfits with him.
Urgh. 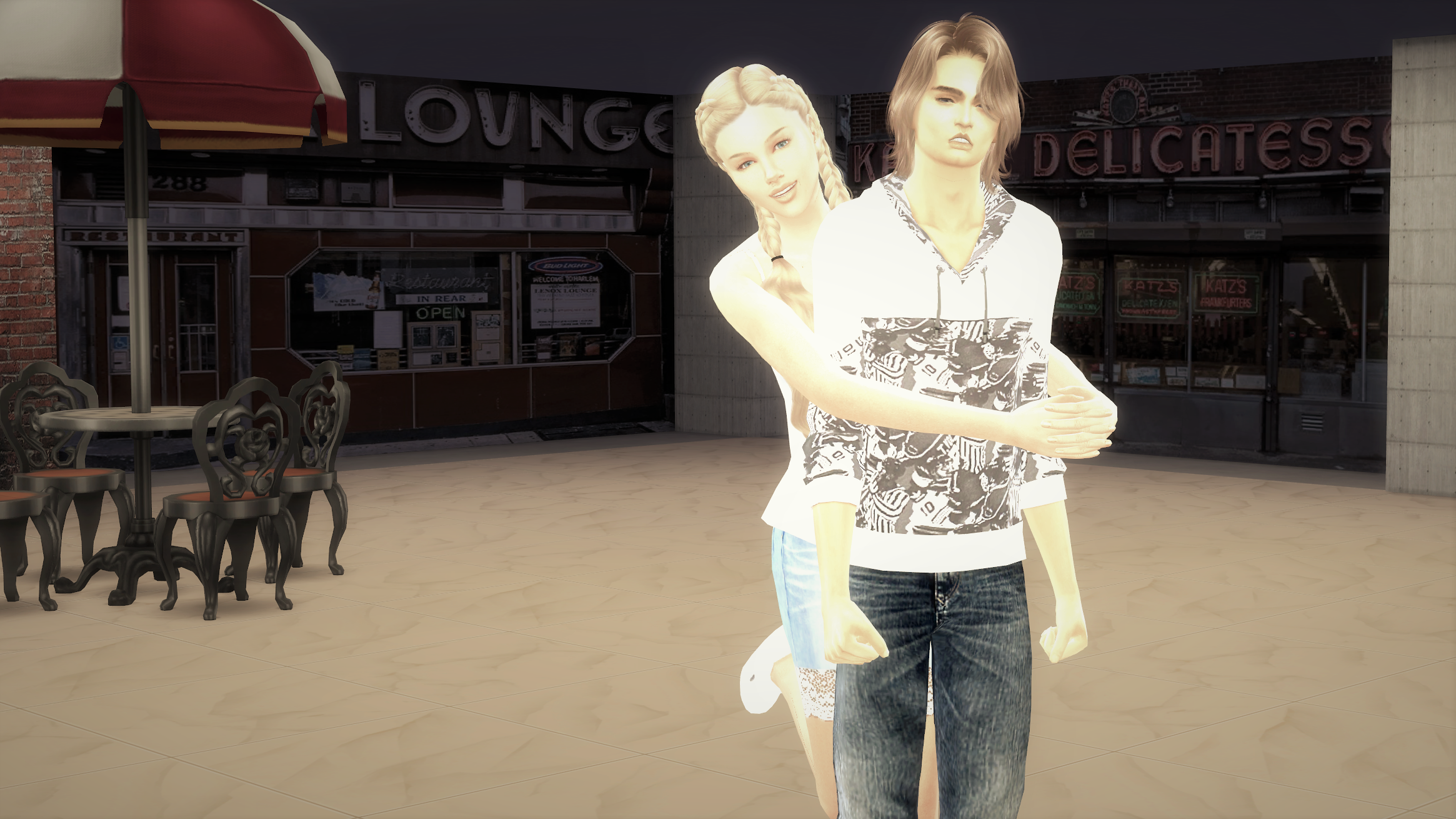 At the mall.
Double urgh.

But it ended up not being so bad.
Seeing Hailey, sweet, simple, natural Hailey swoon over those impressive and expensive gowns in the stores that seemed to depict the exact opposite of her, made him smile.

This just felt right. And good. And … normal.

As high as his anxiety and as low as his expectations had been, they ended up having a blast.

Especially when they finally stopped for sustenance.

Oddly, he realized, no matter how much time they spend together, they never ran out of things to talk about. And while usually more quiet and reserved, most often it was him carrying the conversation. Curious. 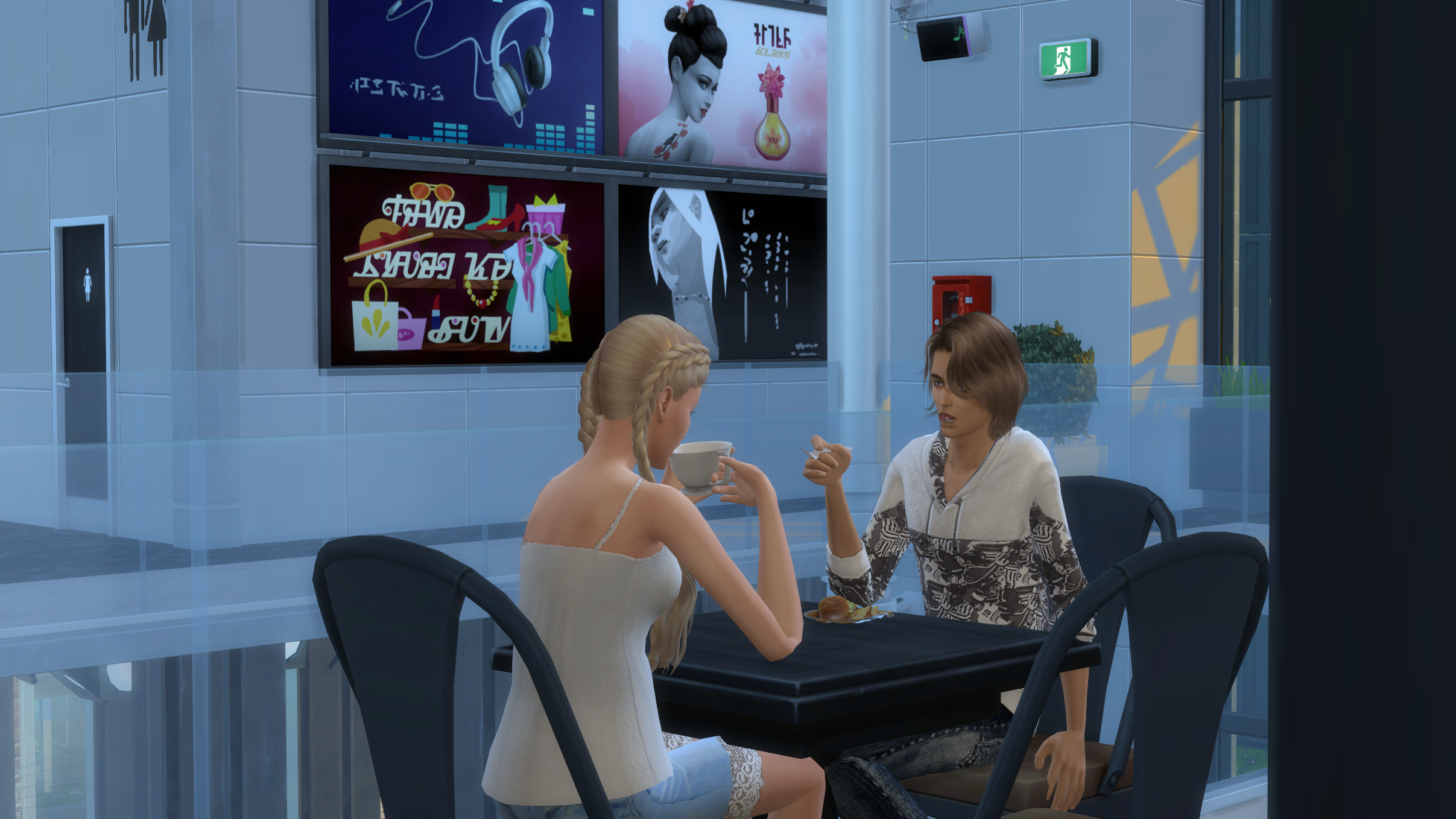 When it came down to choosing his outfit, she helped him with the tie.

So close. She smelled so good, floral, fresh, like a field of flowers in summer. And her touch did something to him that left him feeling weird and woozy.

This girl … hmm. His strength and his kryptonite at the same time.

Prom was indescribable.
Even he had to admit this and in his mind thanked his grandmother a million times over for insisting he’d go.

Hailey looked so different. Everything felt different. Even all the classmates, the chaperoning teachers … it was all … different, somehow.

Blake and Hailey took the obligatory prom picture, best friend style, not as sappy grinning couples like all the others. 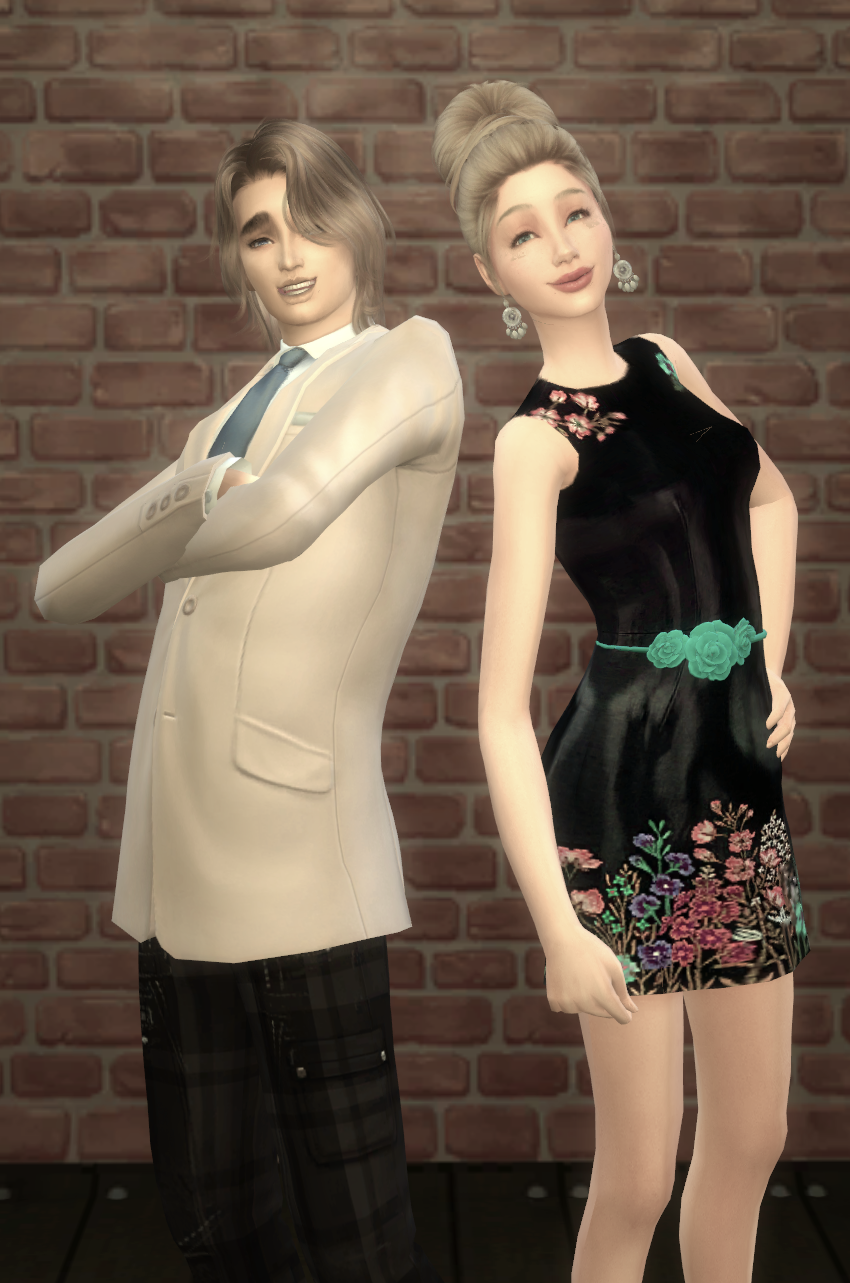 Blake did not like crowds, unless they came for his music, he did not like dancing and he thought this entire notion of romantic proms with everyone grinning idiotically was stupid. 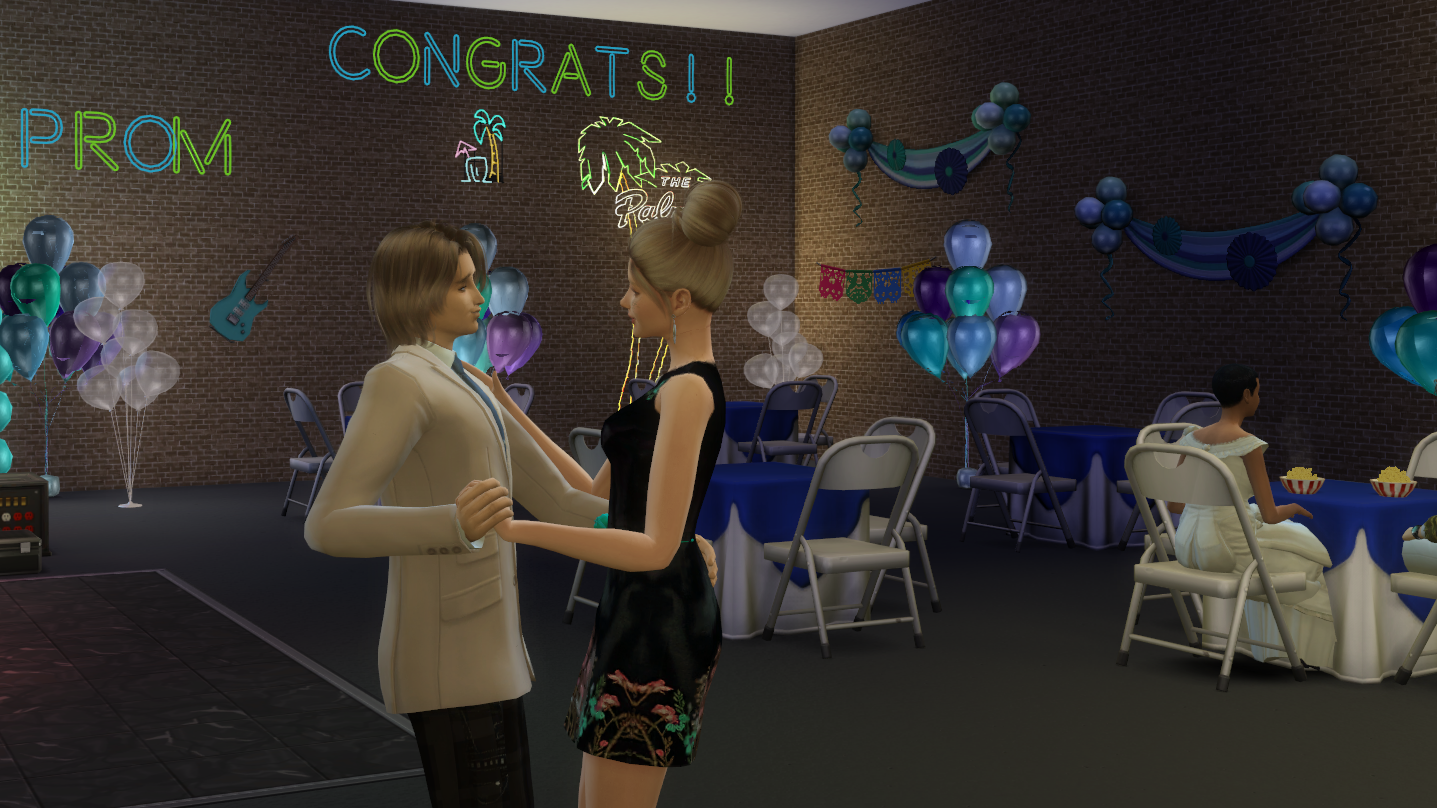 Then here he was, with his prom date and best friend Hailey, both wearing the same idiotic grins. And he loved every minute of it. 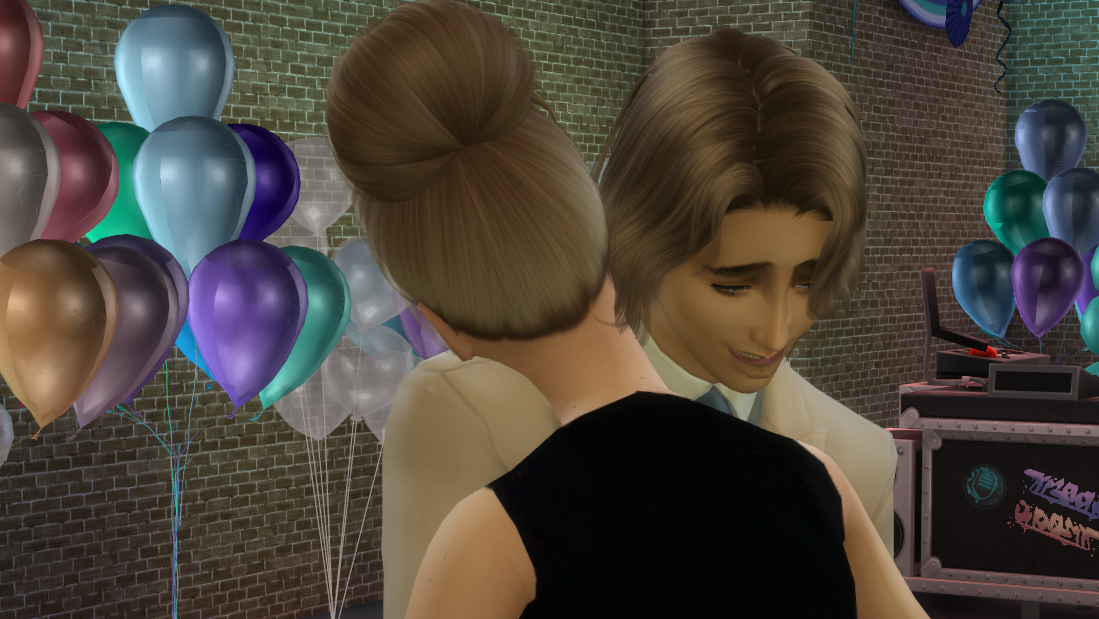 He never even noticed the others. They spoke to a few friends, but it was more background noise to Blake.
And then there was the kiss. 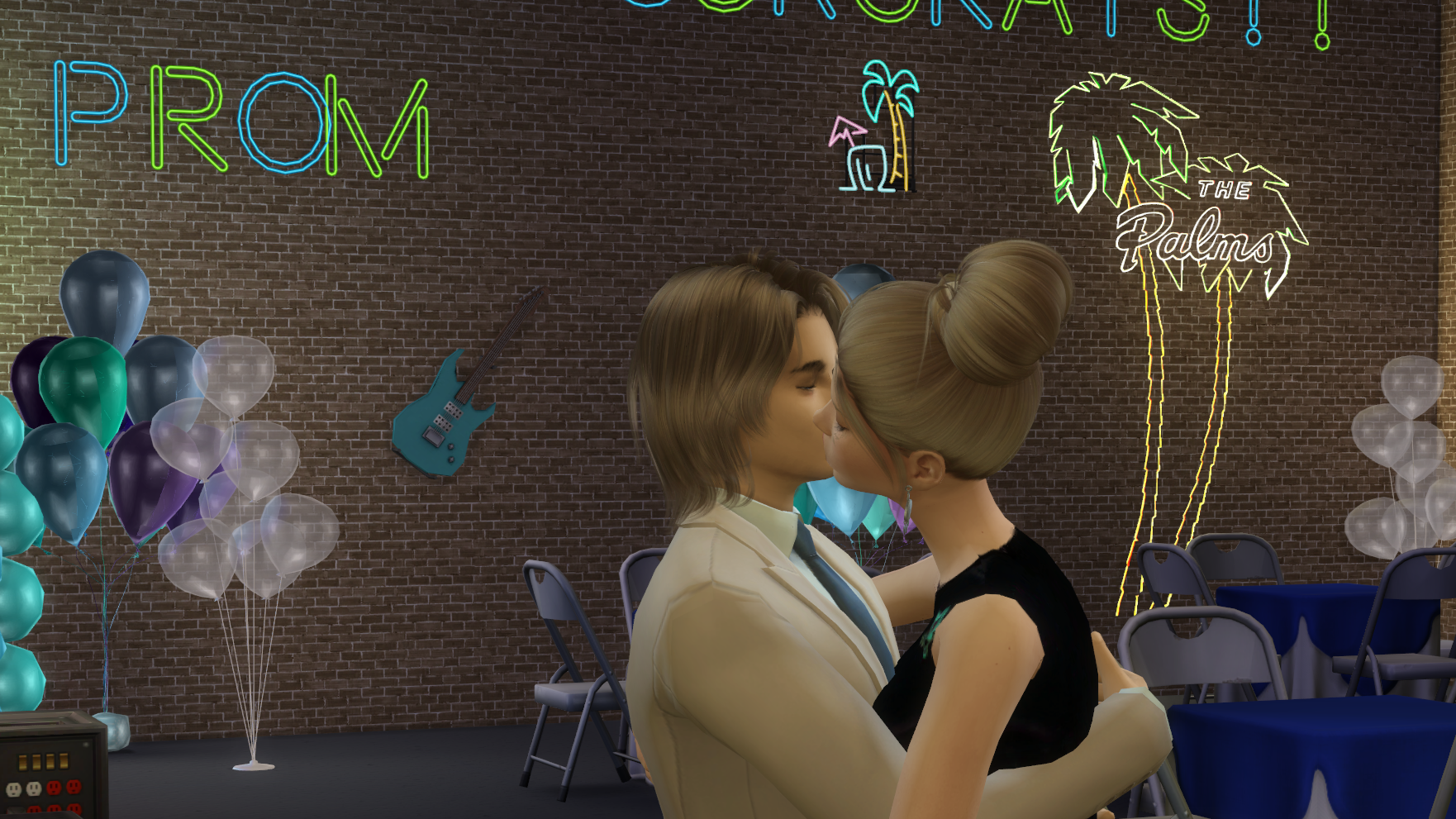 This time Hailey initiated and this time it was not a dream. And he kissed her back. Screw all those inhibitions. Whatever they were again, anyway?

And then prom was over. At least for them it was. Hailey whispered into his ear, then took his hand and pulled him along.

“Am I taking you home?”
“I don’t care where you take me, just take me somewhere where we can be together. All night. Just in case that was not obvious enough, here is a hint: I brought these.” Hailey dug around in her little purse and flashed a condom pack.
“Hailey! I don’t think we should …”
Immediately she put her finger on his lips and shook her head.
“But I do. I am not asking for anything, no commitment, nothing. Just that our first time would be with each other and tonight. That is all I ask of you.”
“Uh …” Blake was trying to think, which proved impossible, unsuccessfully tried to weigh off pros and cons when she kissed him again. 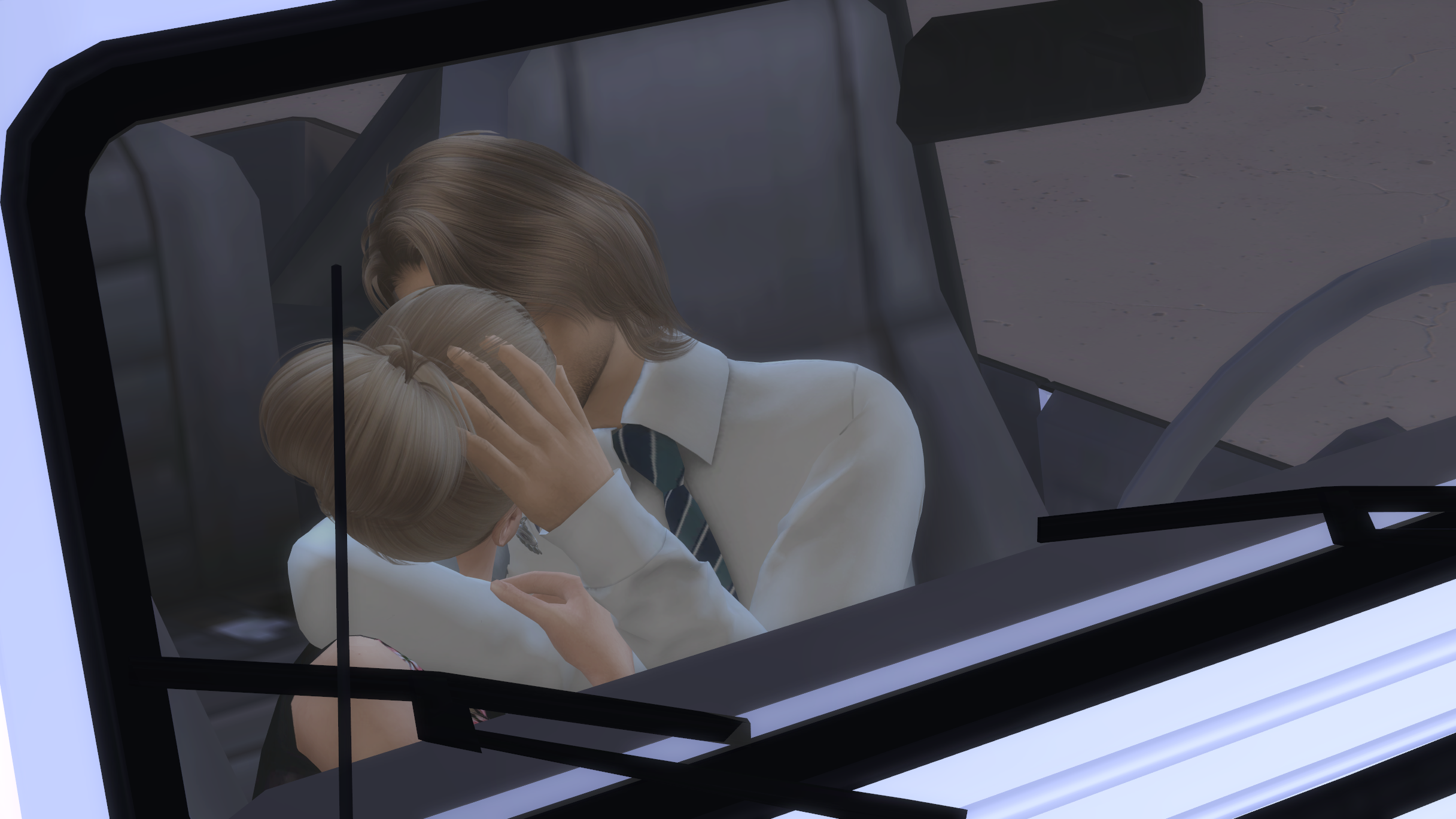 Oh screw it all! He started the engine and drove.

He took her to the small cave near her parents’ farm where he used to hide when he ran away from the home for trouble boys, the one she said she liked to go to be alone, and where they had since gone together a millions times to be ‘alone together’.

He lit a fire and things got romantic without either of them even trying. Both of them just went along with whatever felt right. 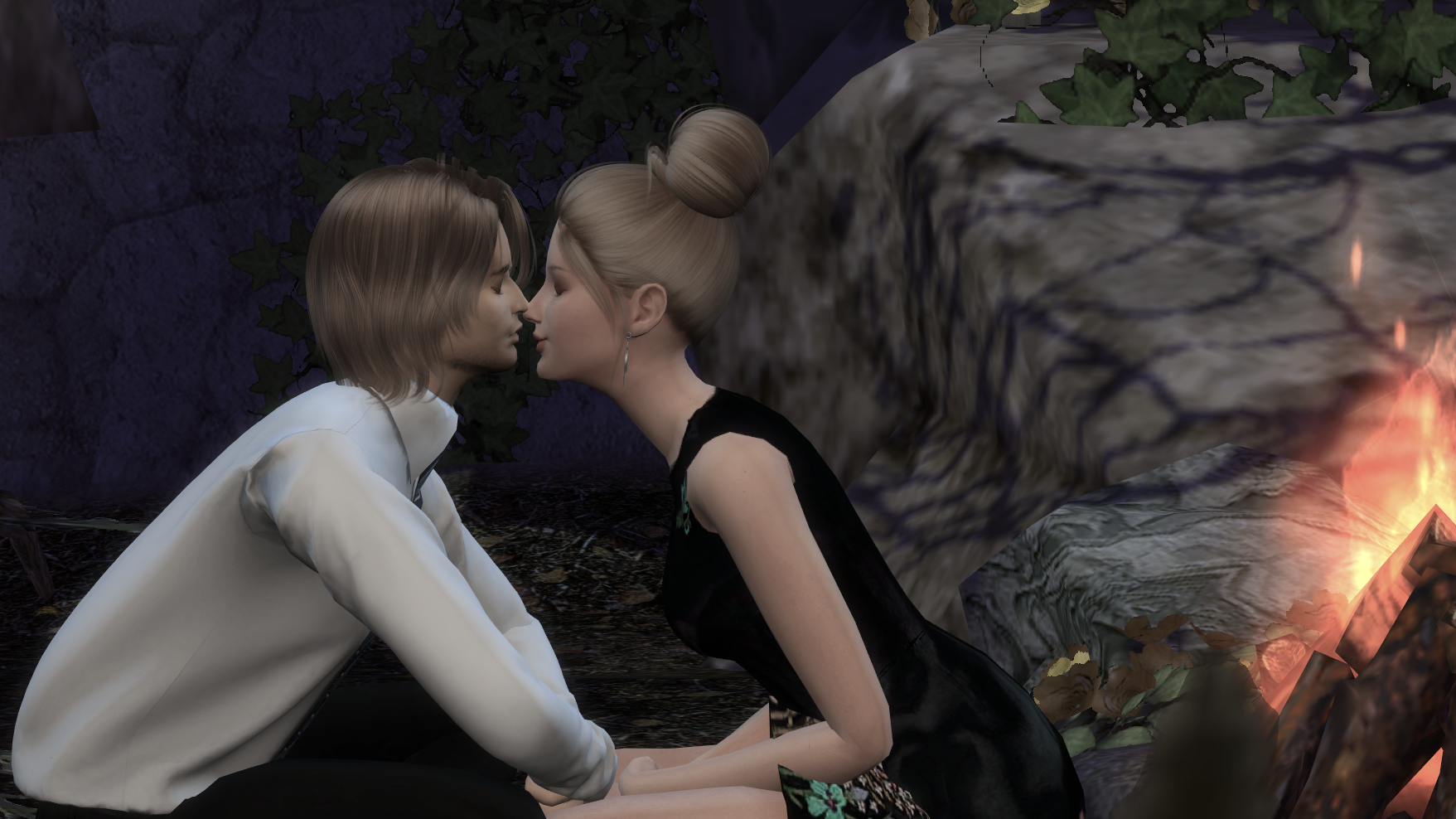 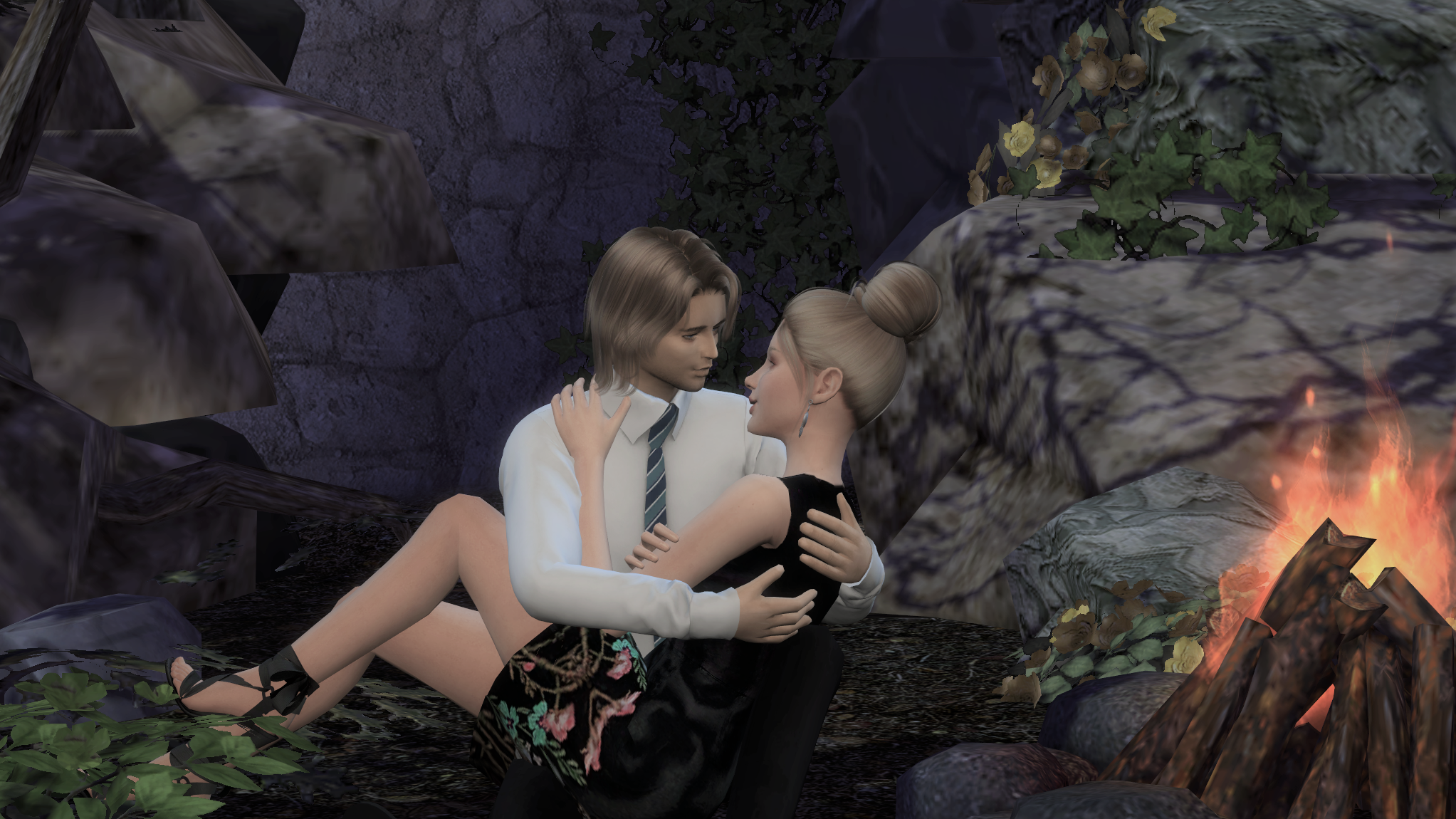 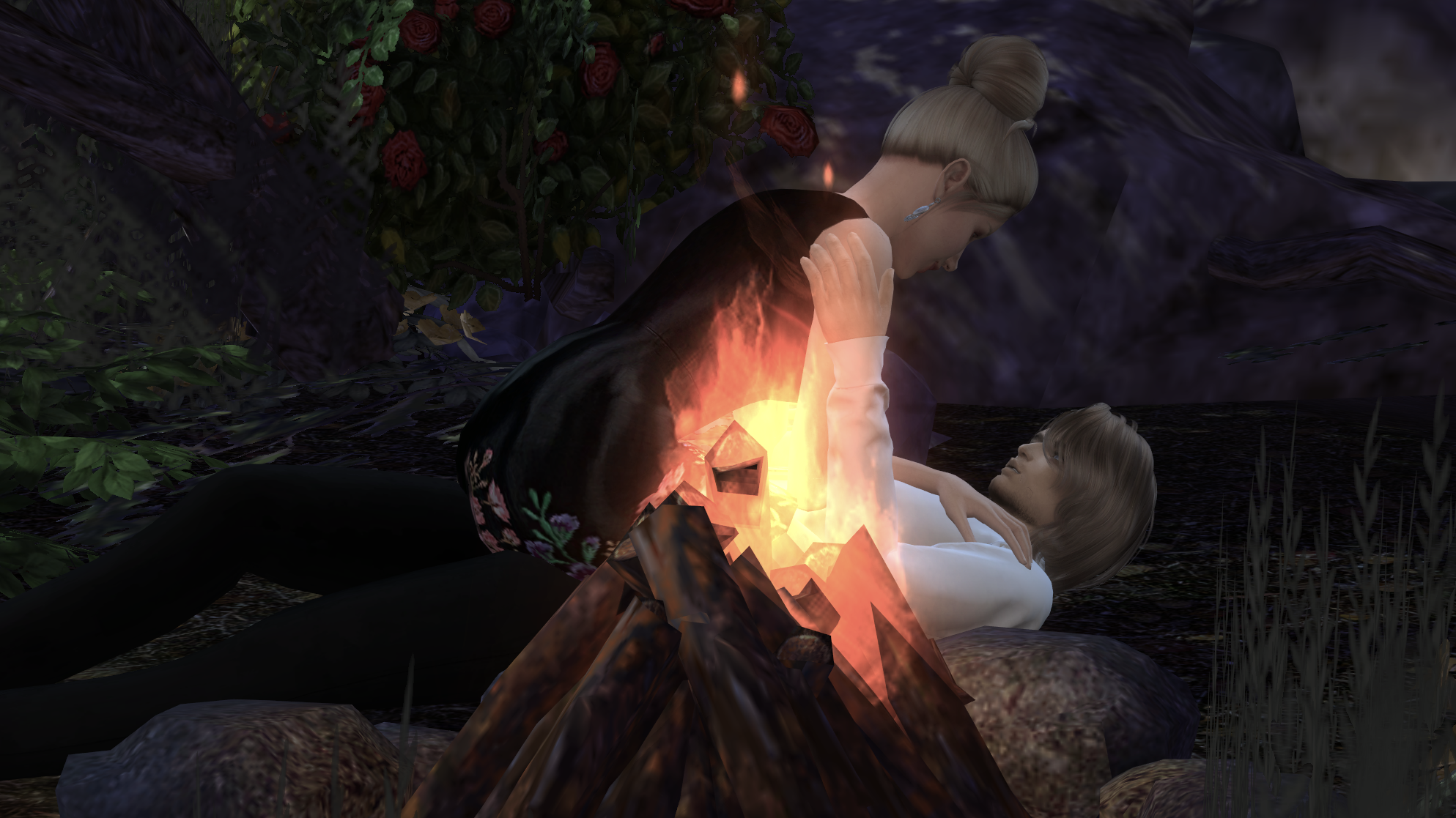 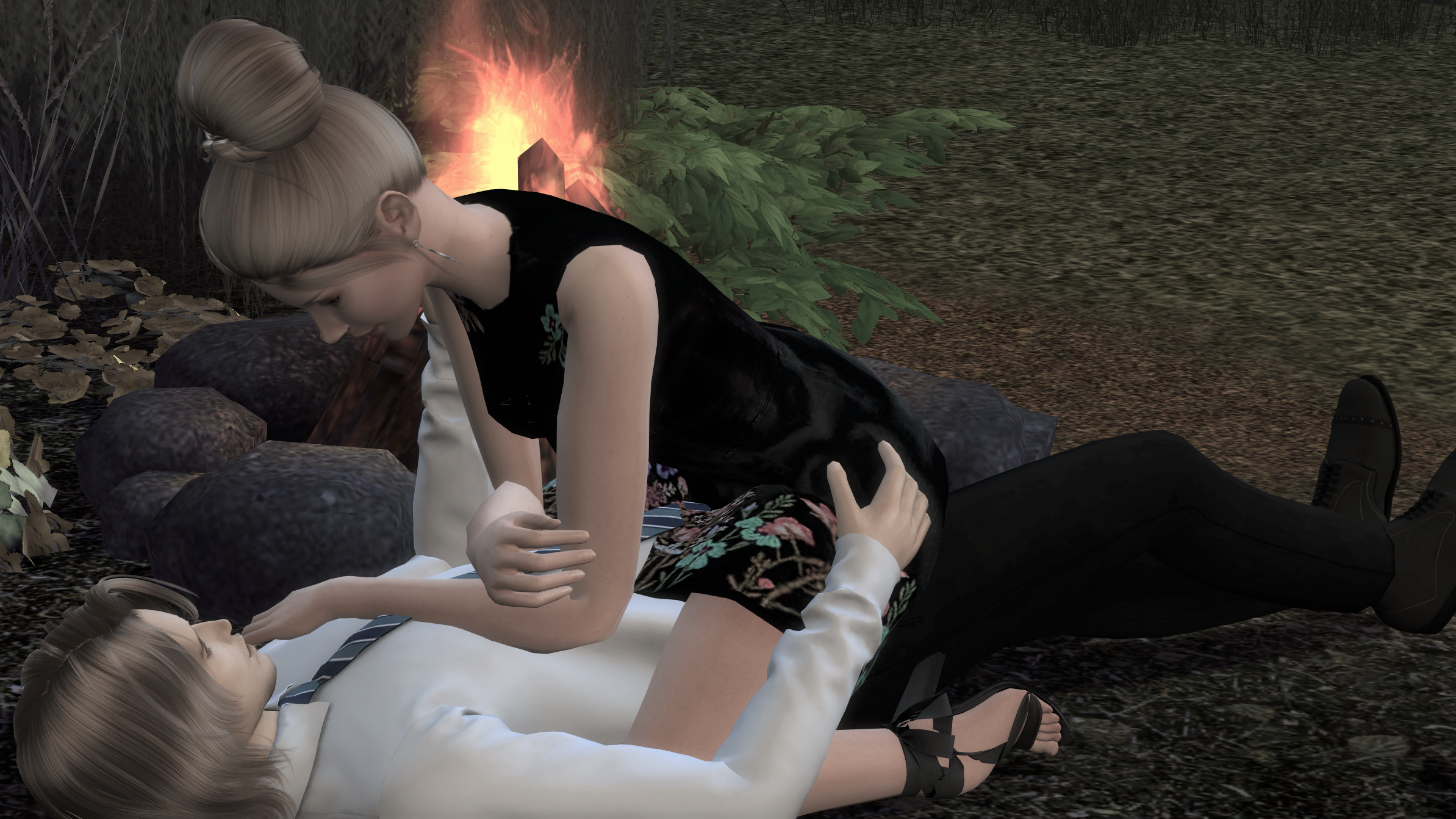 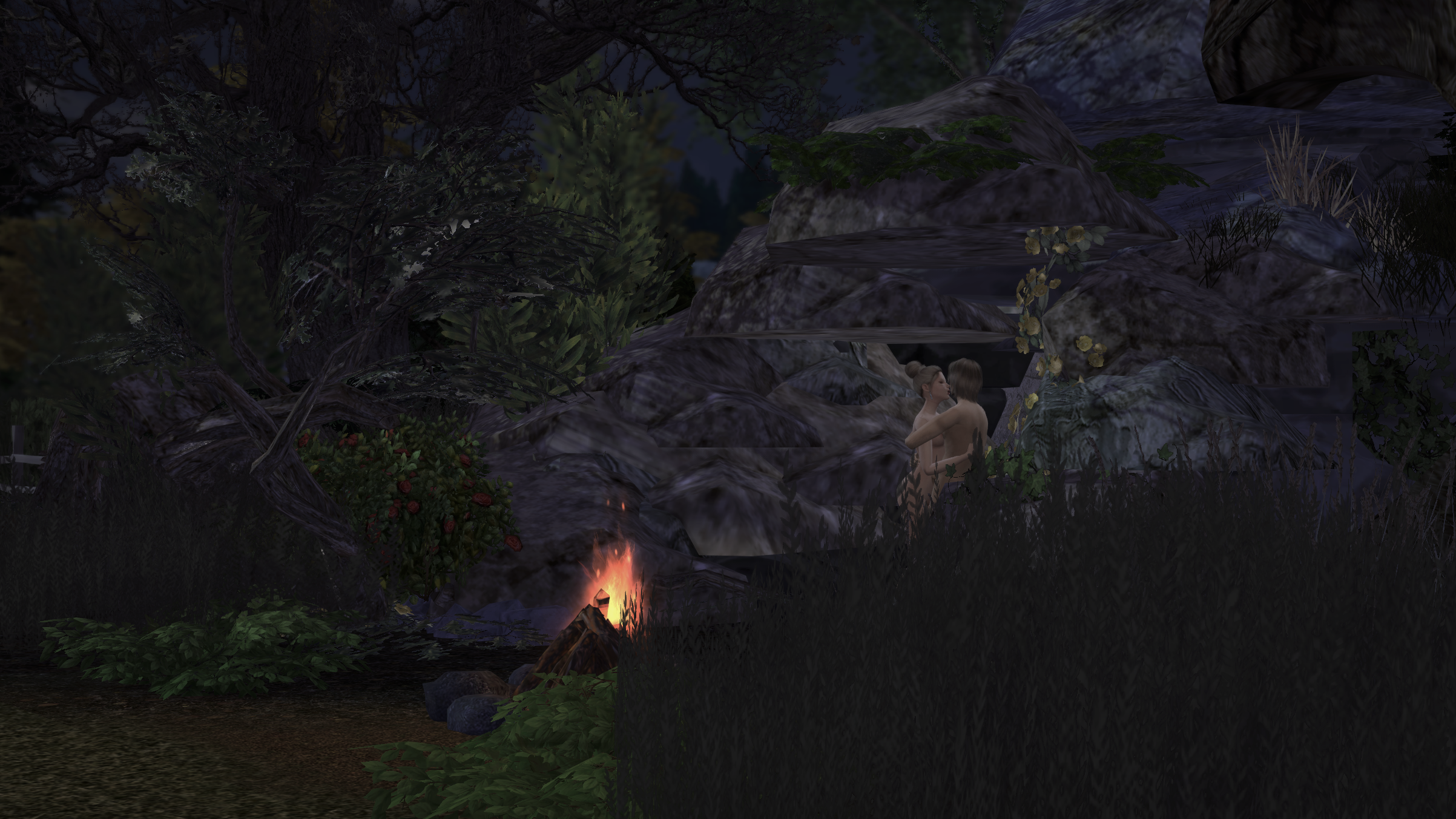 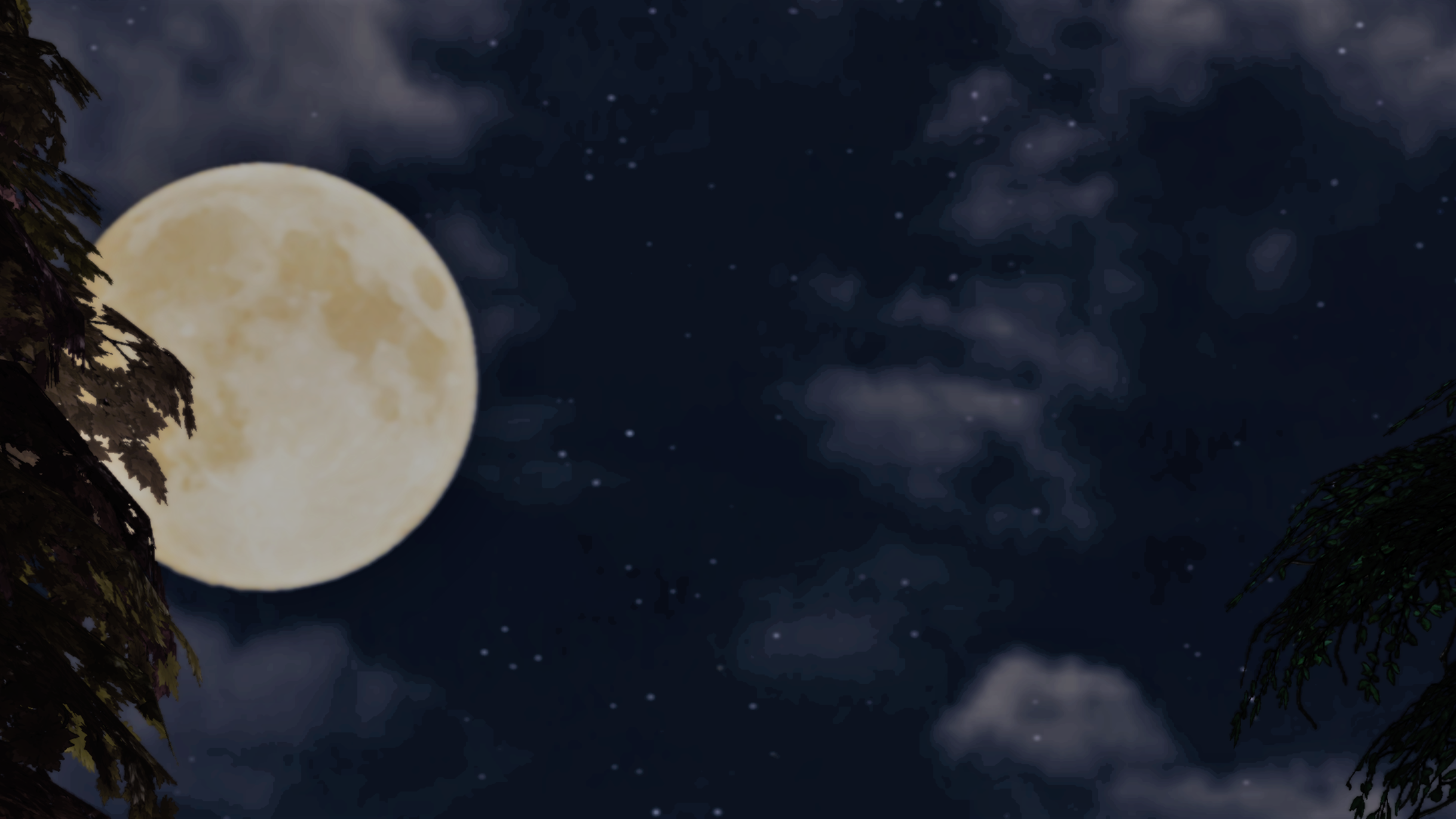 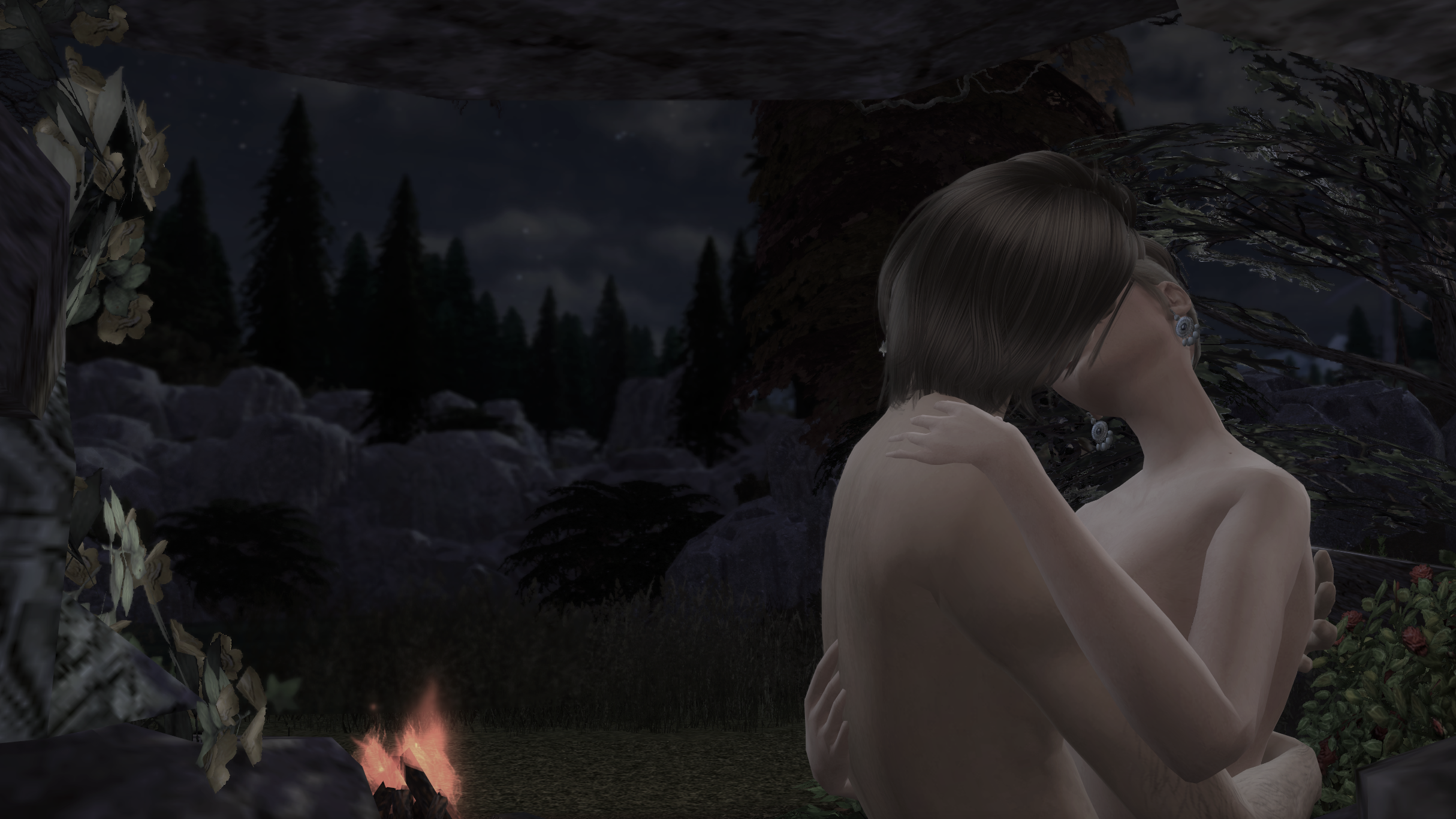 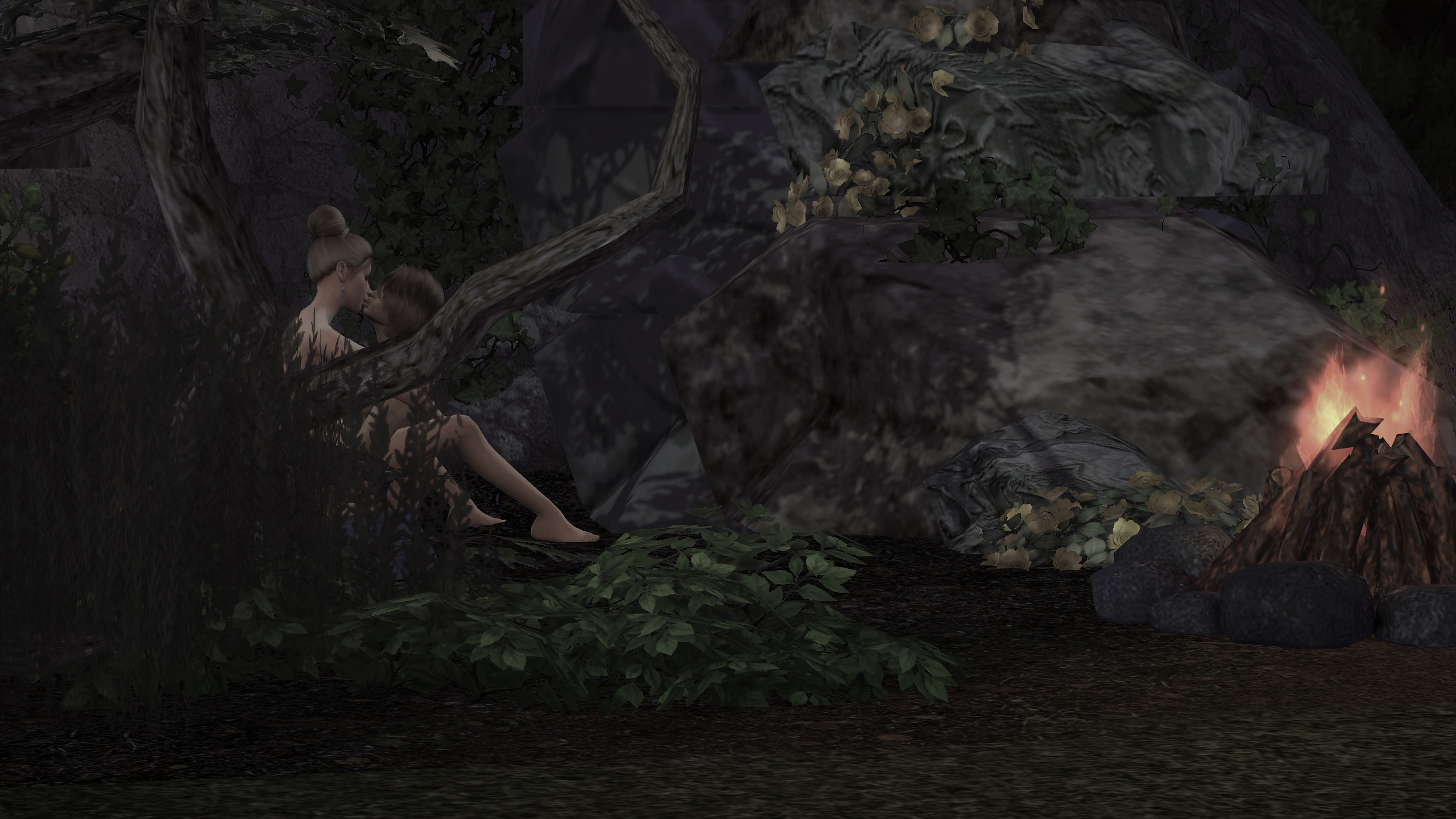 He would always remember this night. It had been, hands down, the best night of his entire life. Not because of the actual act, but of what it stood for. Conquest of fears, acceptance of love and a threshold into adulthood together with the most important person in his life.

After the done deal they got dressed again, both glowing, smiling, kissing, then they snuggled up together, talking like they always had. It all just seemed completely natural, not weird. Nothing had changed, and at the same time everything had changed. 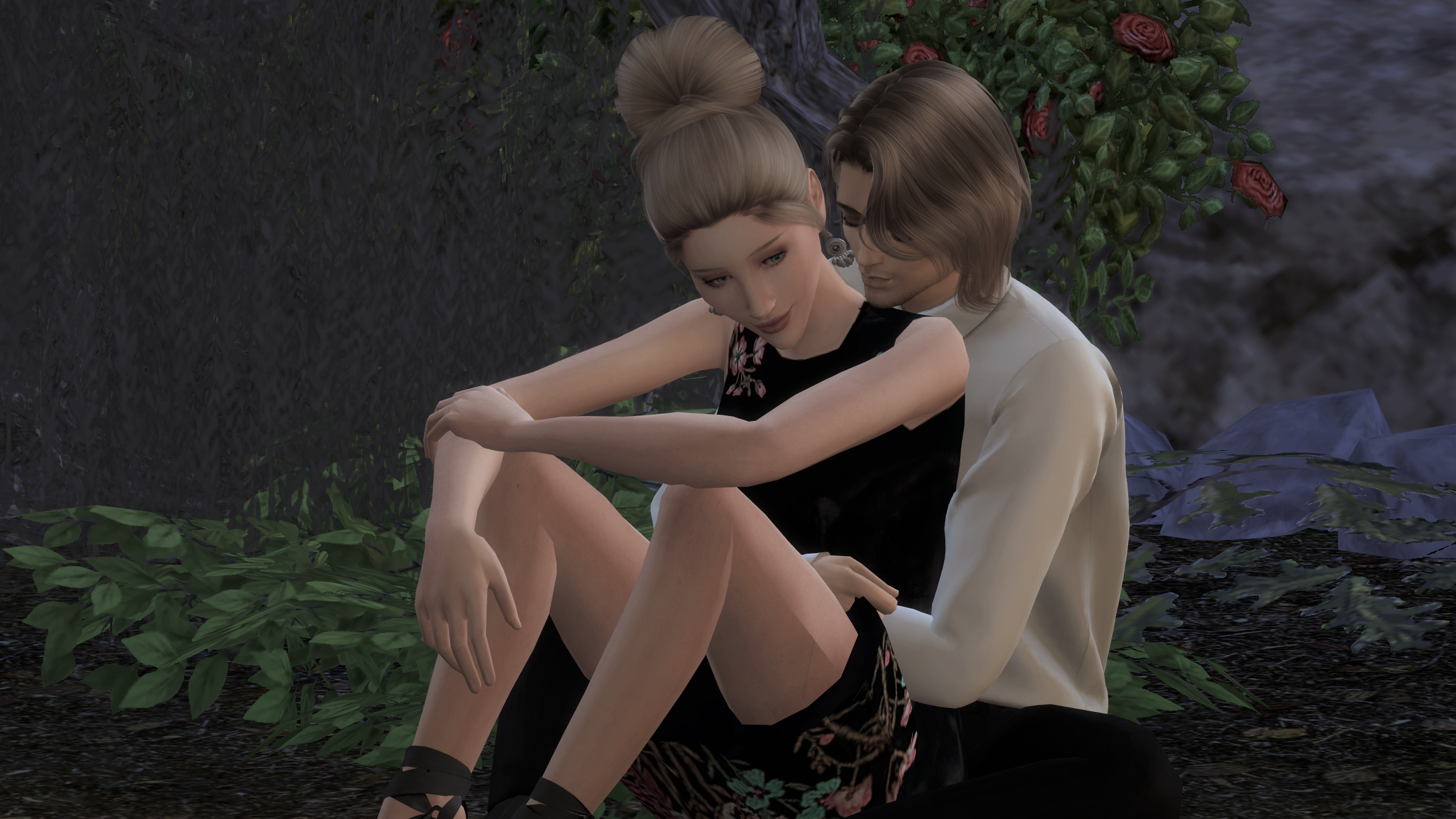 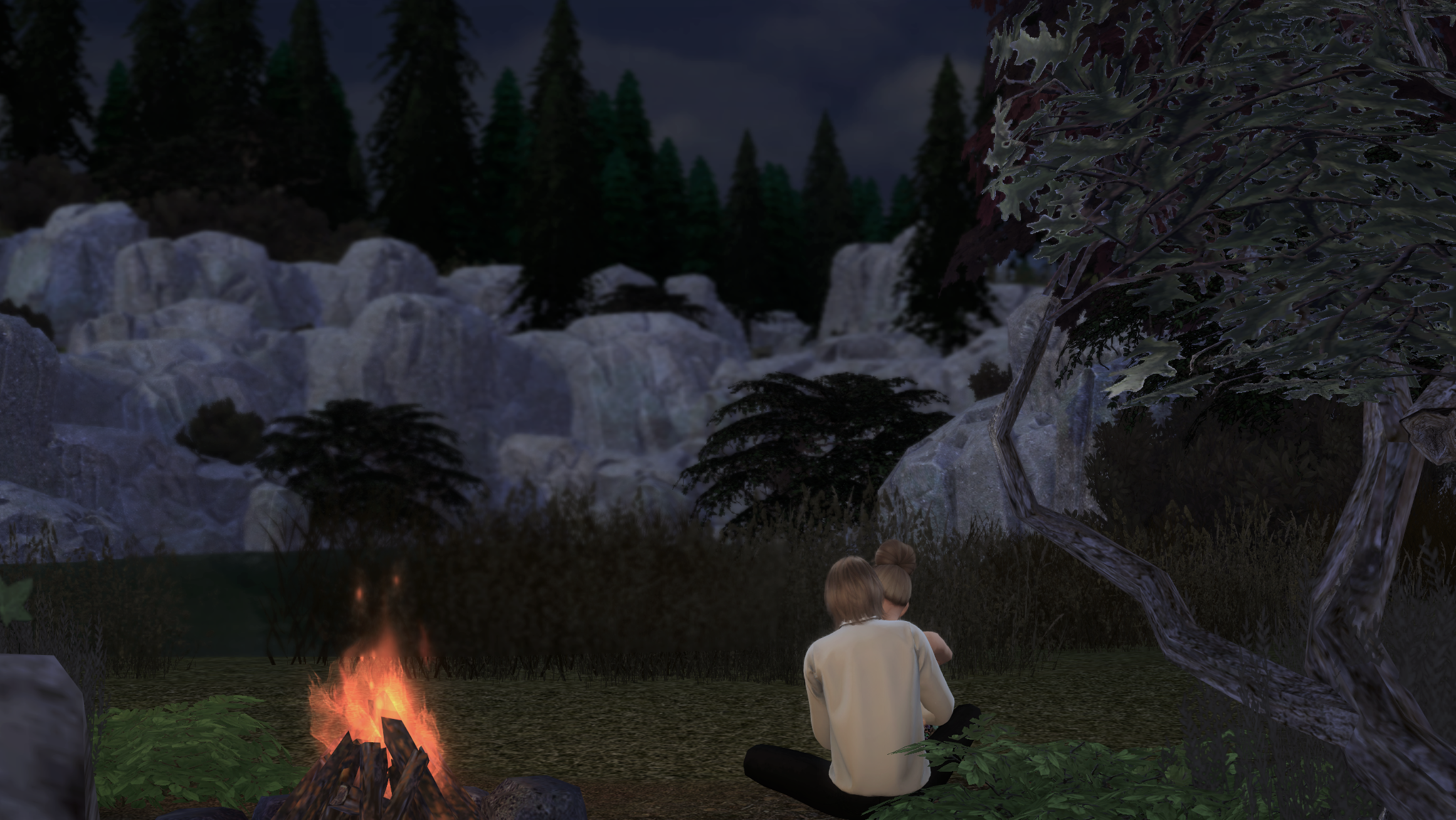 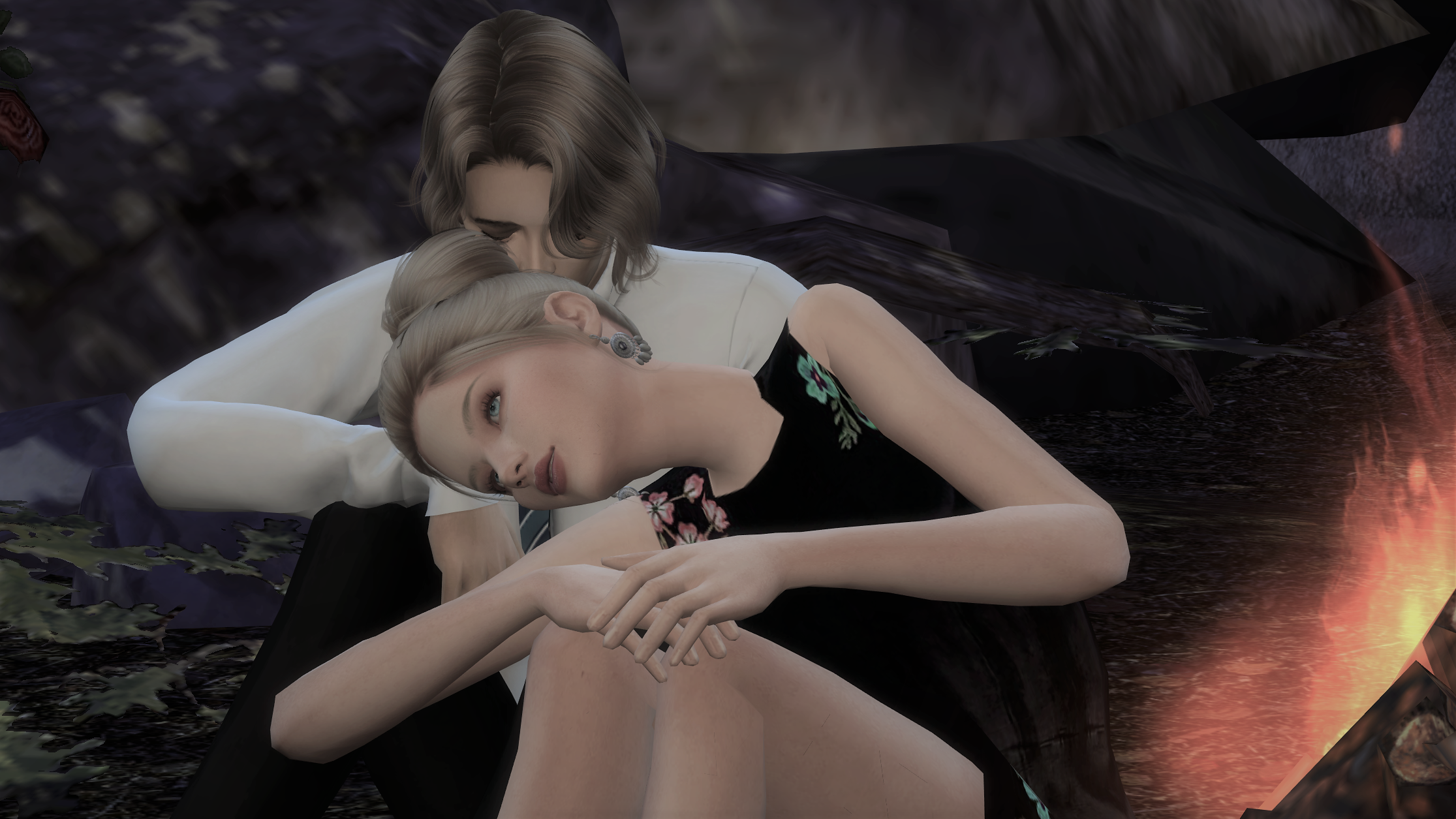 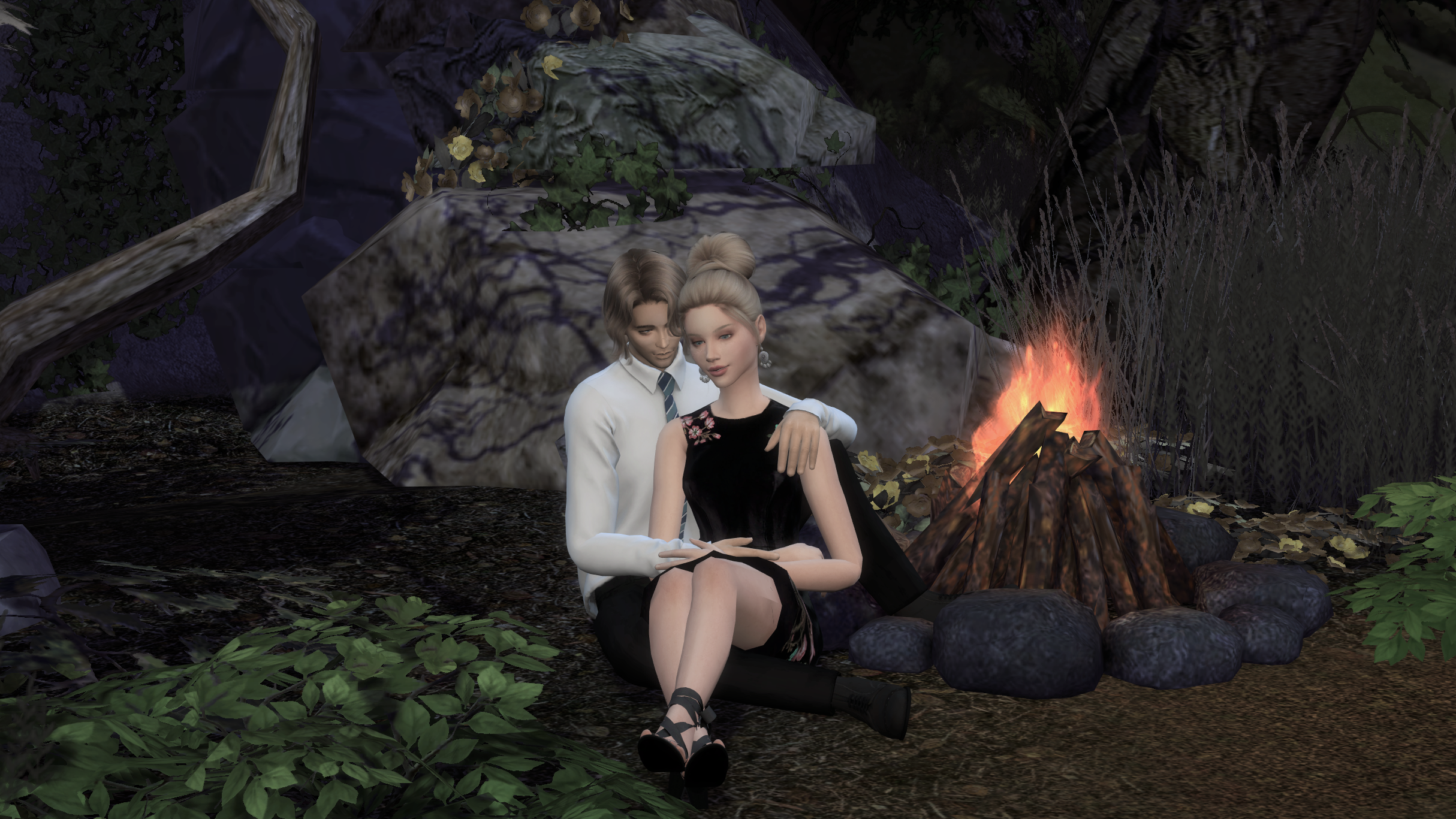 They stayed in the cave till morning began to dawn, they watched the deep velvety blue of the night sky give way to a lighter, brighter blue of the final days of summer while the fire slowly began to perish next to them. Before it was really morning he took her home, which wasn’t far from the cave.

He watched her sneak to the front door of the dark home, one last smile, wave and a kiss blown his way before she slipped inside, then he drove home himself, sporting a smile that didn’t want to leave his face.

Yeah, he was in love. Head over heels.
With his best friend.
Still had to wrap his head around that, and the fact that he didn’t feel one bit bad about this. Not regrets, whatsoever. Only an indescribable high and he was pretty sure the sex was only a part of that. The feeling of actually allowing himself to admit what he had known for so long felt liberating, exhilarating .. a natural ecstasy.

Oddly, KC wasn’t waiting up for him, but he heard him snoring in his grandparents’ bedroom when he got upstairs.

Blake only found it odd until he got to his room and found a new condom pack on his desk with a post-it note with nothing but a winking smiley drawn on it.

Blake blushed and smiled at the same time.
How did his grandpa just always know …?

His last audition came through, he got the role in a RomCom series. One season for now, if it did well, more seasons to follow.

After that, everything happened in fast forward. It meant he had to move to Del Sol Valley. Just like he had always thought.  KC went apartment hunting with him, what they could afford was pitiful as real estate was a rare and very pricey commodity there.

The Goodbye at the airport was heart wrenching … 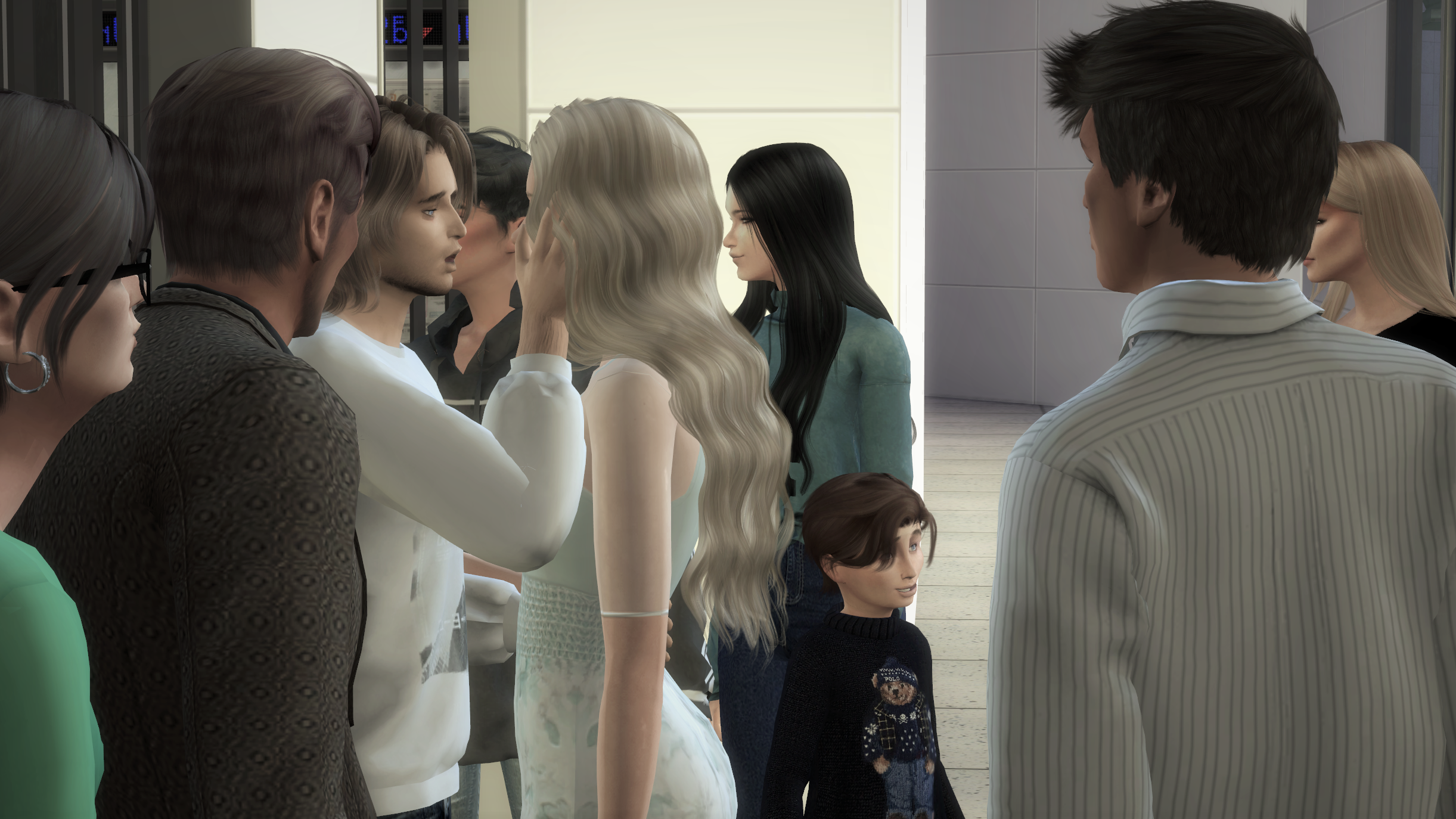