Blake was suffering a severe case of cabin fever. 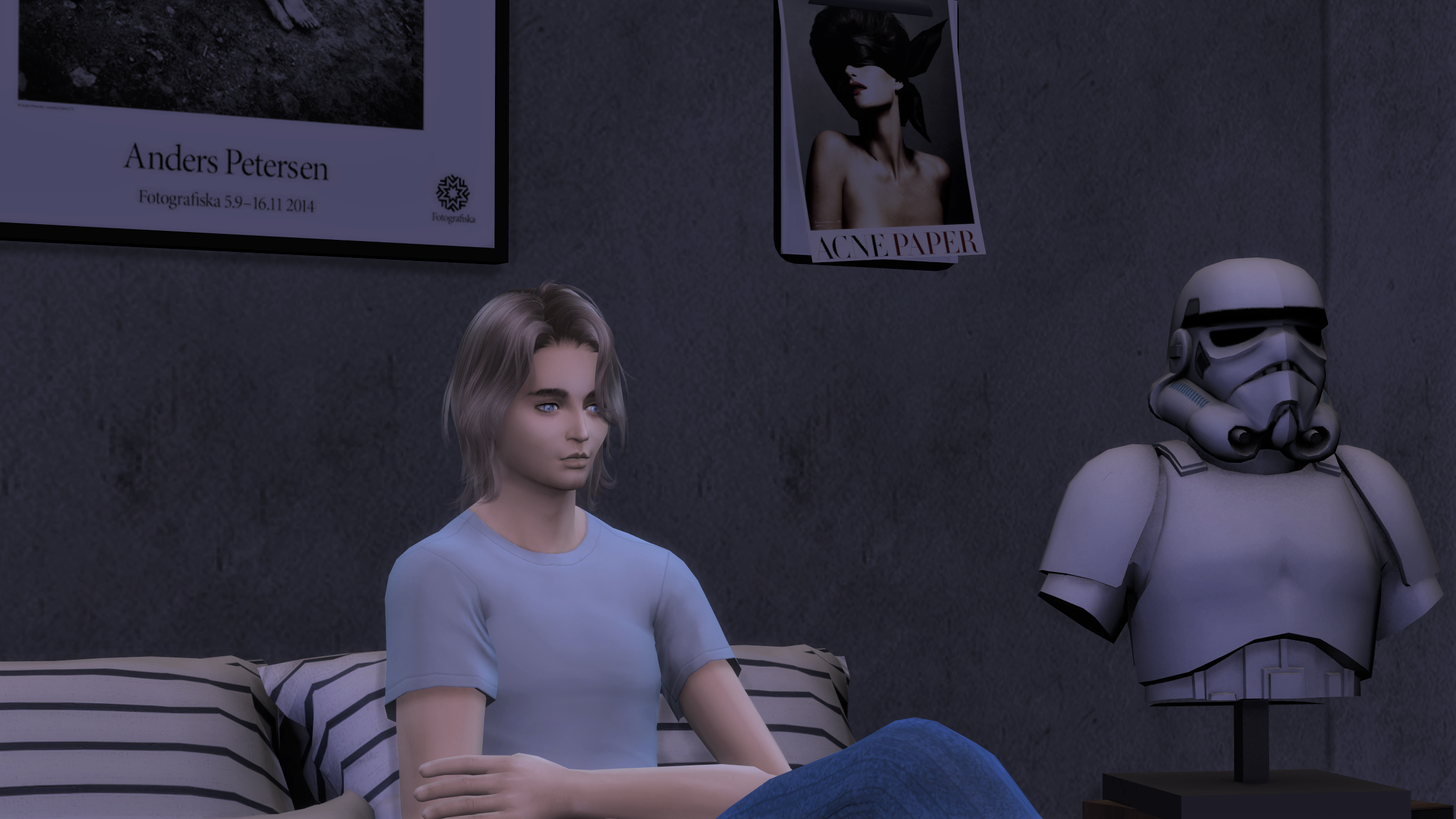 His father was dead-serious about the grounding and he was bored. Days were utterly too long when unable to leave the house, unless it was for school.
Not even allowed to visit his family without his dad going also. And the trip to the talent show he and his grandpa had practiced so hard for was still off. 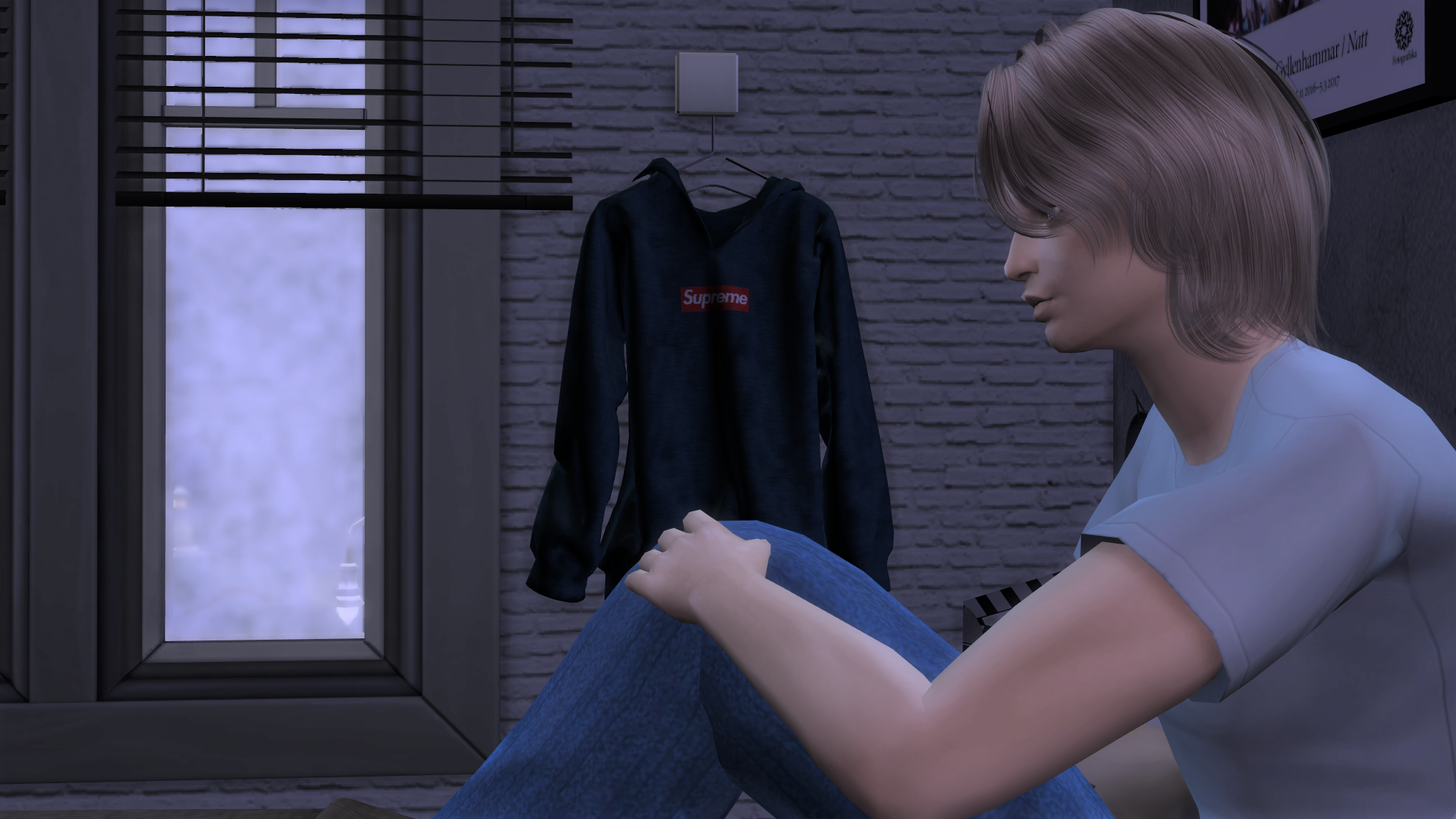 What was next? An asteroid strike?

Blake was right about another strike, and it probably felt like an asteroid, but it wasn’t.

The call came late one night, Blake had already been in bed, but something about the time of the call or the way the phone rang, some intuition told him something wasn’t right.

He got up and went downstairs to find his father and step-mother in the living room, his father was crying. 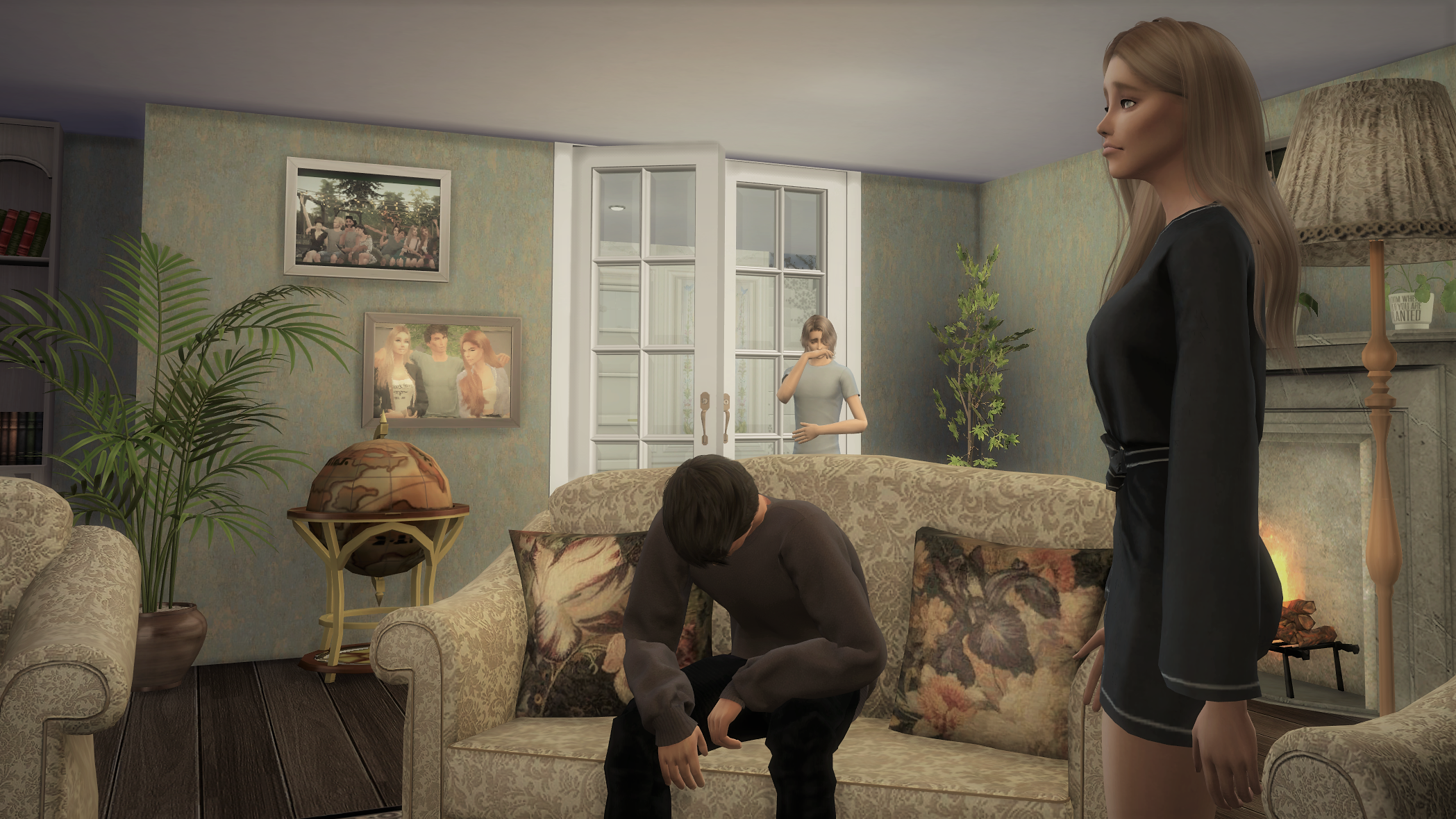 He had never seen his dad cry, his heart began to race as he looked at his step-mother, who with a sad expression told him.

Blake ran over to comfort his father – and ended up being comforted himself. 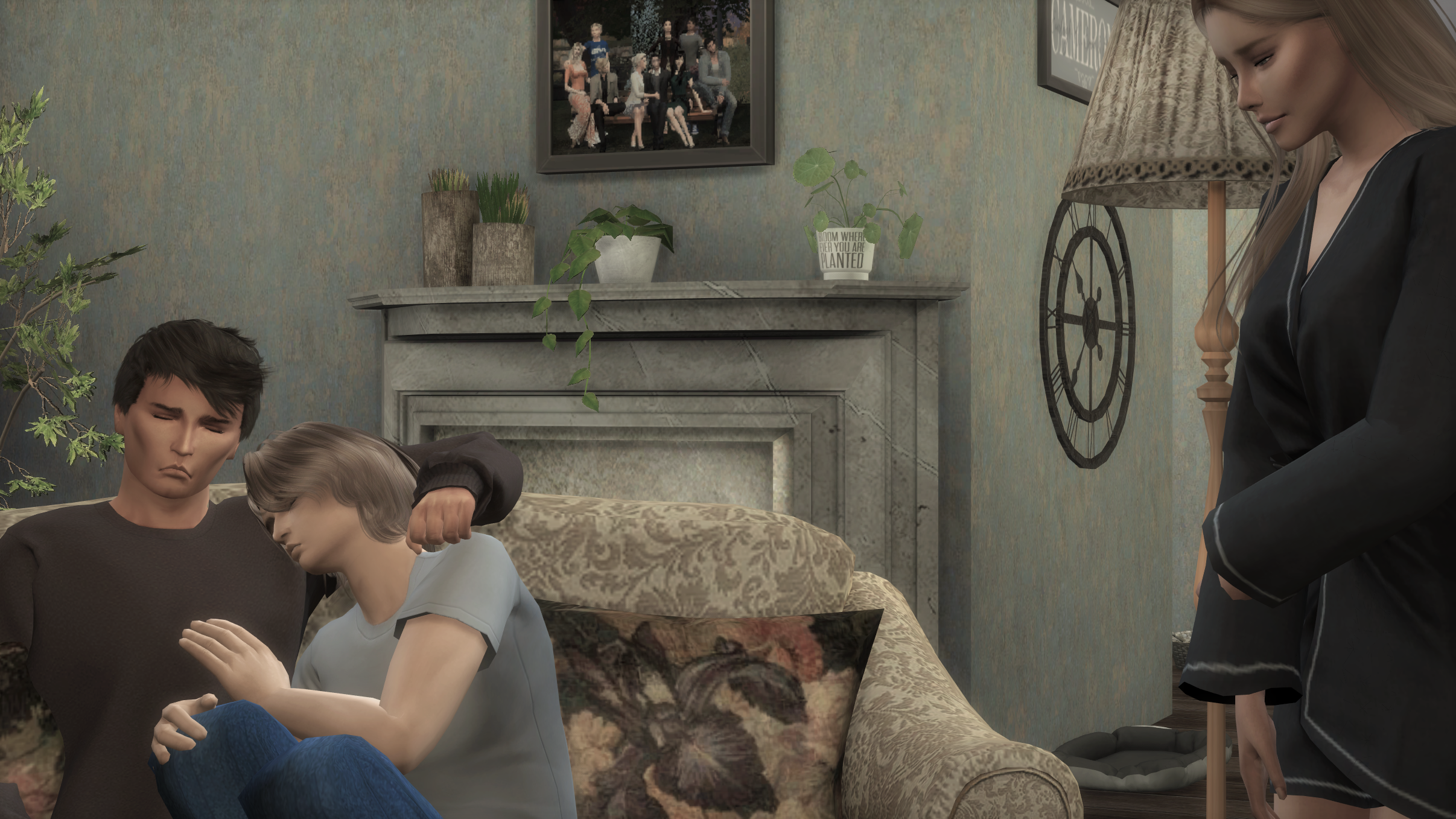 Blake felt like he was watching himself from a distance, like he wasn’t even in control of his body or emotions.

After the sad news, nobody had been able to imagine Katie without her Everett, evidently not Katie herself, as it didn’t even take a full hour until the next call had come in. Katie died the same day as her Everett.
Both great-grandparents, gone. 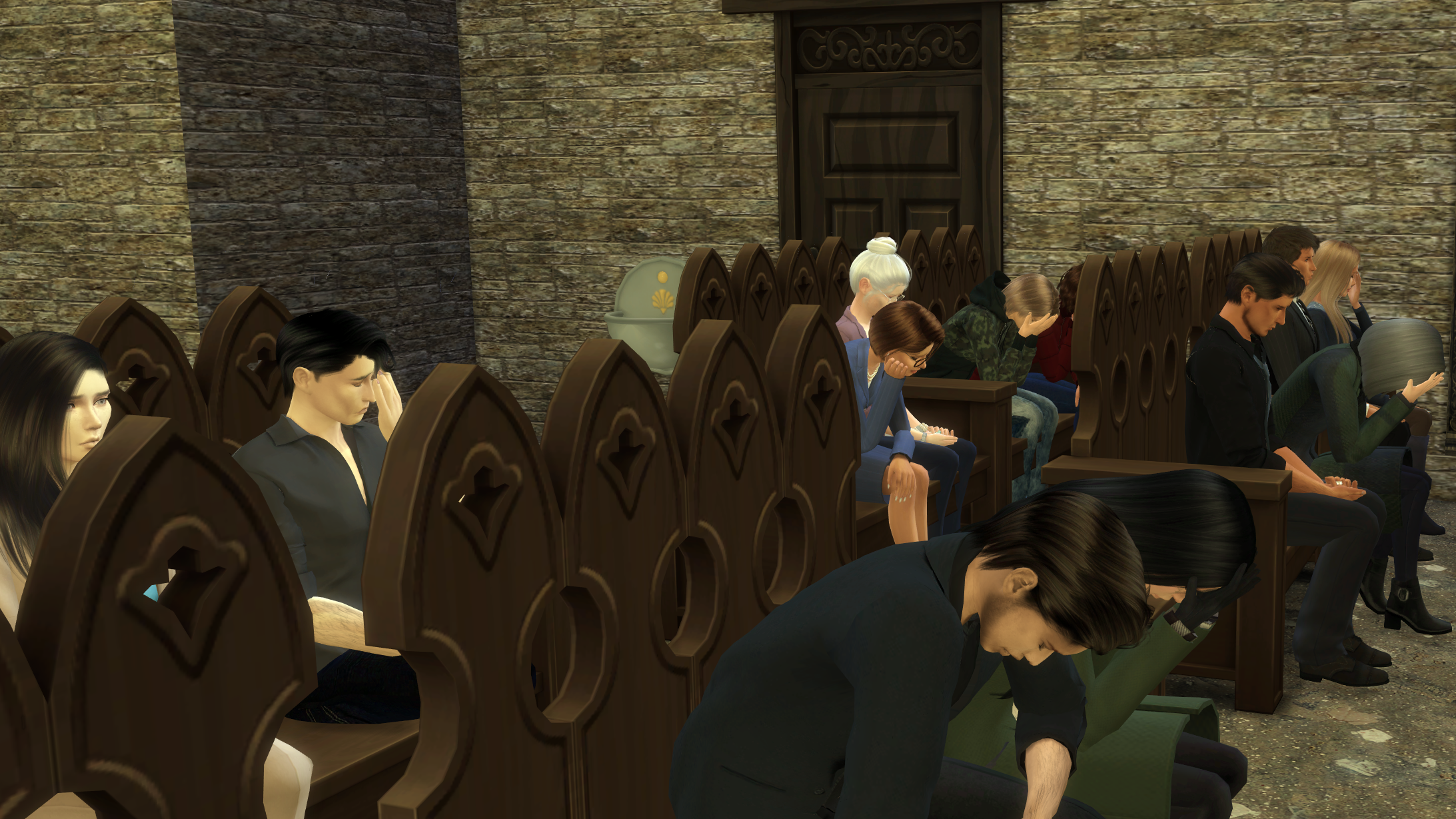 He felt tears run down his face, but could not recall the actual act of crying as he sat through the monotonous sermon for the funeral, then the funeral itself.

Blake’s grandparents looked horrible, his great-uncle Josh and family were absent altogether, great-aunt Emmi in her always frail state of health had a heart attack at the news and passed as well, completely incapacitating Josh, his PTSD from running away as a teen flared up at the news of losing both his parents and wife and it landed him in the hospital with a nervous breakdown, their only son and his family by his side.

The family who was present all looked equally as traumatized as Blake did. 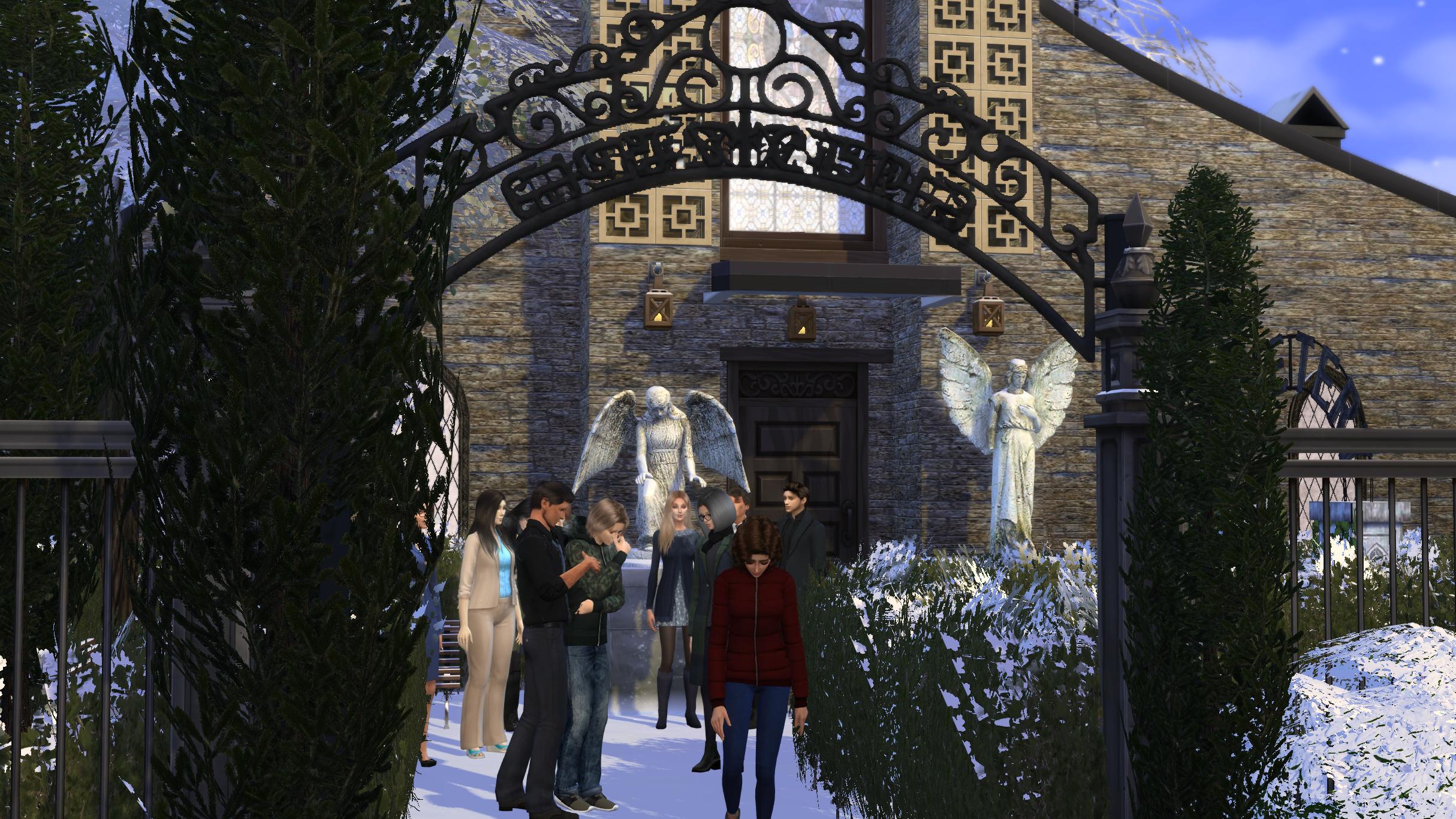 When all was over, he went over to his grandfather and they just hugged, wordlessly.

Grinning, which was a rare sight these days, Blake told his grandfather, who was sliding his cell phone back into the back pocket of his jeans after he just got off a call with his wife, Blake’s  grandmother Evey, which ended as those often did with confessions of love and other phrases way too sappy for a teen boy’s ears.

“Aren’t you all too old for that?” 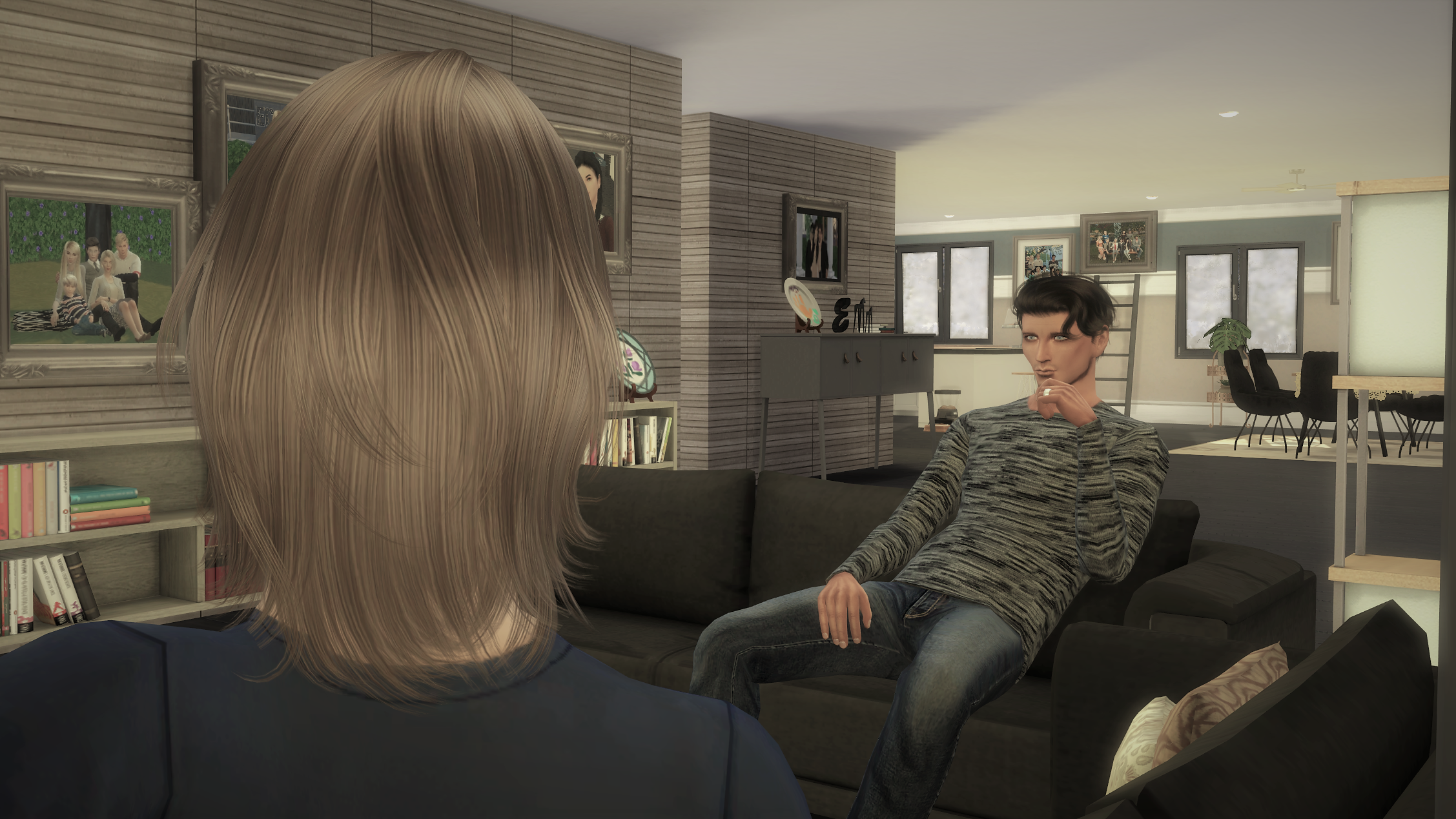 “You are never too old for that. And I know what you said before, but one day you will meet that special girl that will change your world. Or guy, not judging.”

“Nah, thanks, I am straight, grandpa but not me. Not ever. I don’t believe in happy ever after. Some get lucky. You and grandma. Even aunt Ez and uncle Nick had so much drama. No, I have already had all the drama I could ever want. I’ll date, but nothing serious. Not ever. And most of all NO KIDS! Never ever EVER!”

“Yeah, sure. I used to spout such nonsense. I heard all of that out of your dad before. Now he is finally happy. Thank goodness. Ethan deserves it so much.” 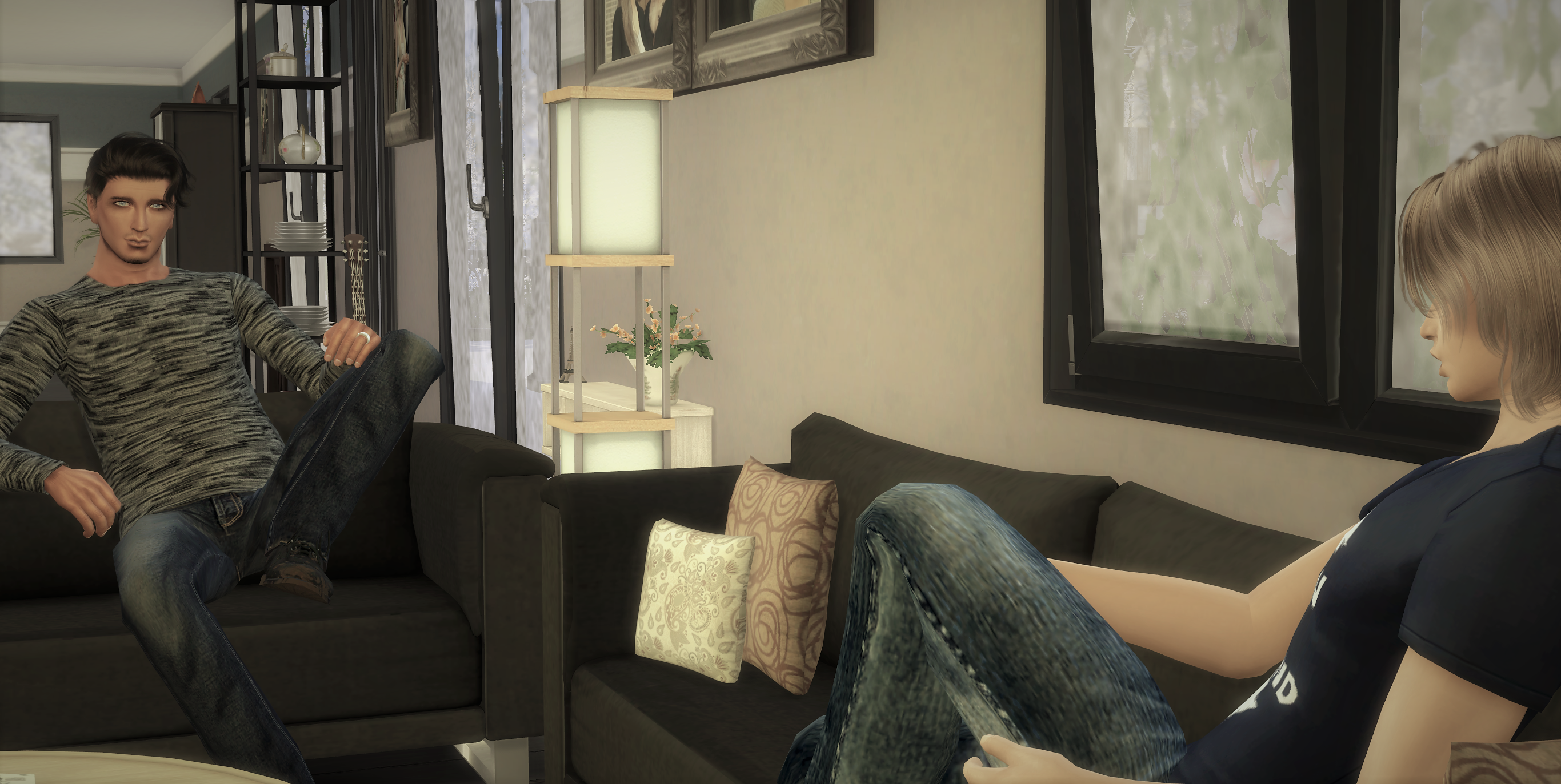 “Huh?! How can you say that? I heard what he said to you that one night … your own son. Even I would have never said that to my dad, and I have had reasons.”

“Blake, that was said in anger. He was hurting, bad. Believe it or not, but your dad loves you more than life itself. He feels helpless, and lashes out trying to protect you. I knew that then and it didn’t faze me too much. Besides, the very next day he was at my door to apologize. He drowned in guilt all night, that was more than enough punishment. I love him, both my kids, just like he loves you.” 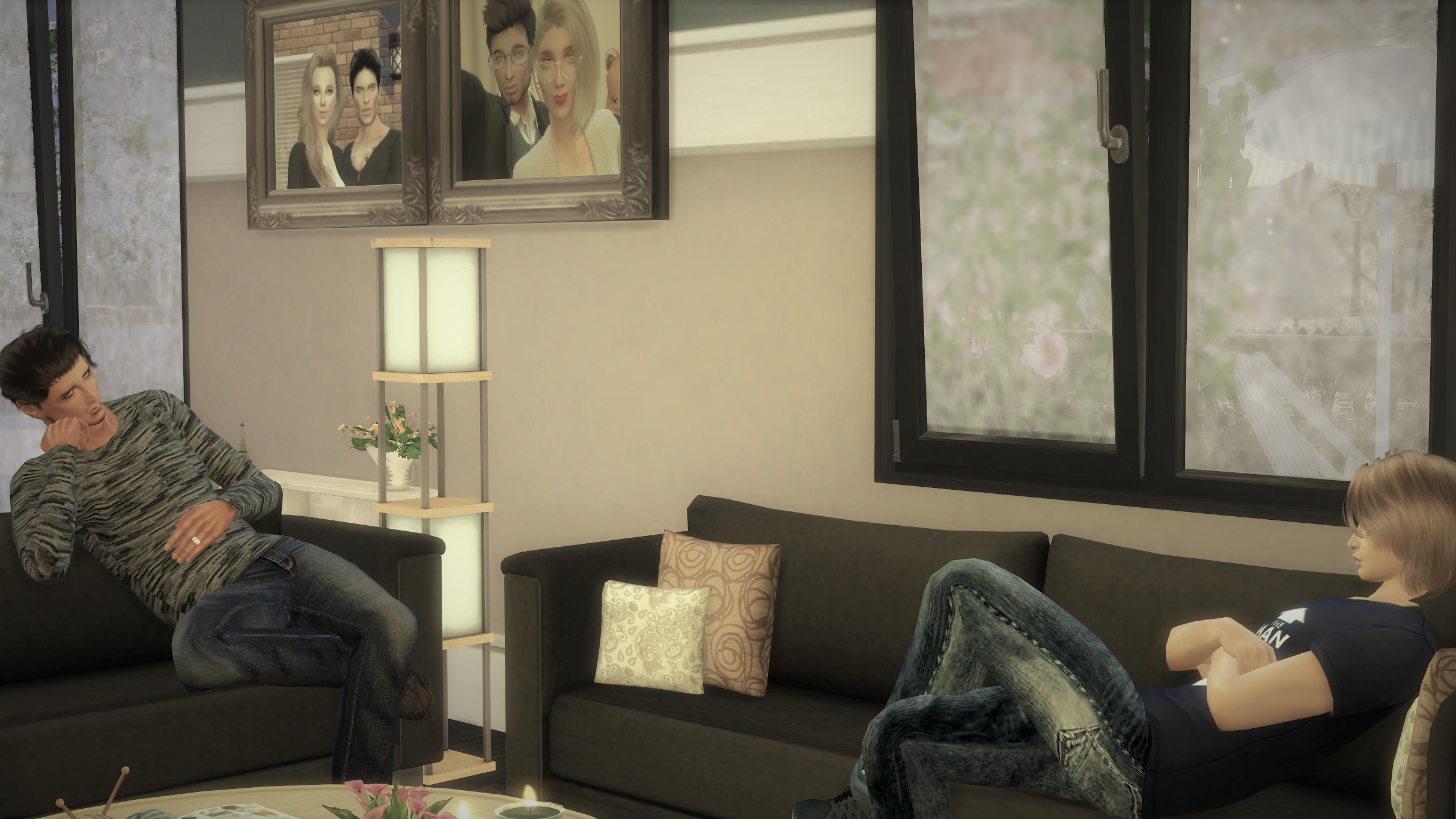 “If he did, he’d never deny me my biggest wish. No matter how badly I messed up.”

“You know his dream for you is to be an architect. He has dreams of working with you, like Everett did with Evey, and Evey does with Ethan now. That is why he thinks music is a hobby. If he supports your music, he thinks he’ll lose you.”

“And he thinks taking my biggest dream ever away from me gets us closer?! That is just dumb.  And can’t he focus that architect shit on Elias? I want to make music. Not draw stupid houses.”

“Any chance you could do both?”

“How? Dad’s barely home. No, I have no interest in ending up covered in dust behind some desk while life passes me by. Maybe if he had not worked so much, my mother would still be my mother.” 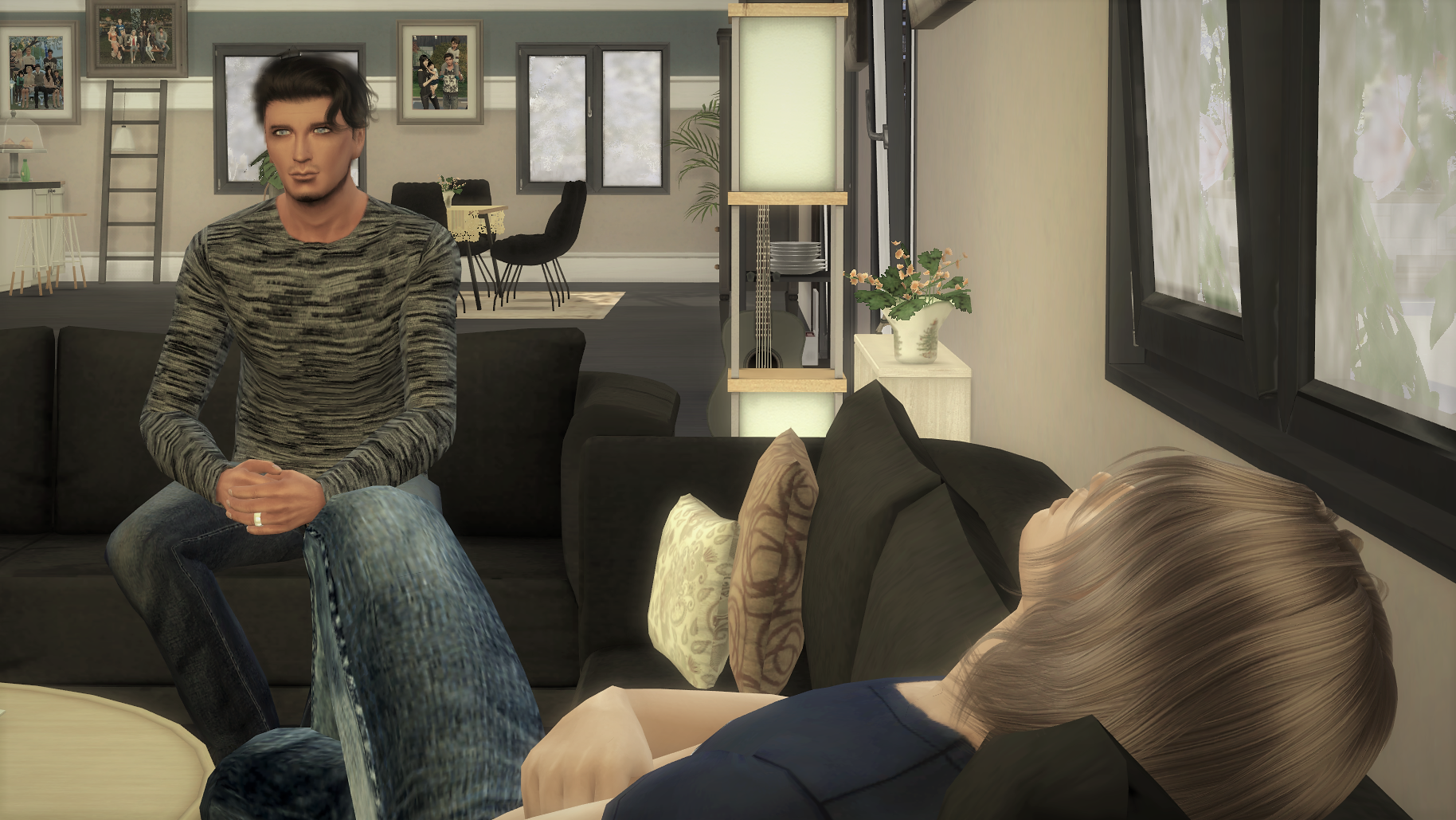 “Your mother IS still your mother.”

“Amy loves you. Time worked against the three of you. Once terrible things were put into motion, it was too late. She needed to heal. Once she did, life had moved on and left her behind. Amy is a sweet girl. I always liked her, even though she hurt my boy. But I know she had no choice. The thing you judge her hardest for was the toughest choice any mother could ever be faced with. She tried to save you. Ethan realized that. He forgave her. Unfortunately, it was too late for them to be a couple again.”

“Sometimes, at one of those lame mother-father-son only outings, I swear he still loves her, and she him. The way they look at each other … just makes no sense at all. I just get so angry when I see her, sitting up in that posh penthouse like a queen, with that new kid, new husband … and dad is all like ‘ooh Amy this and that’ like nothing ever happened. Seriously?! Barf.” 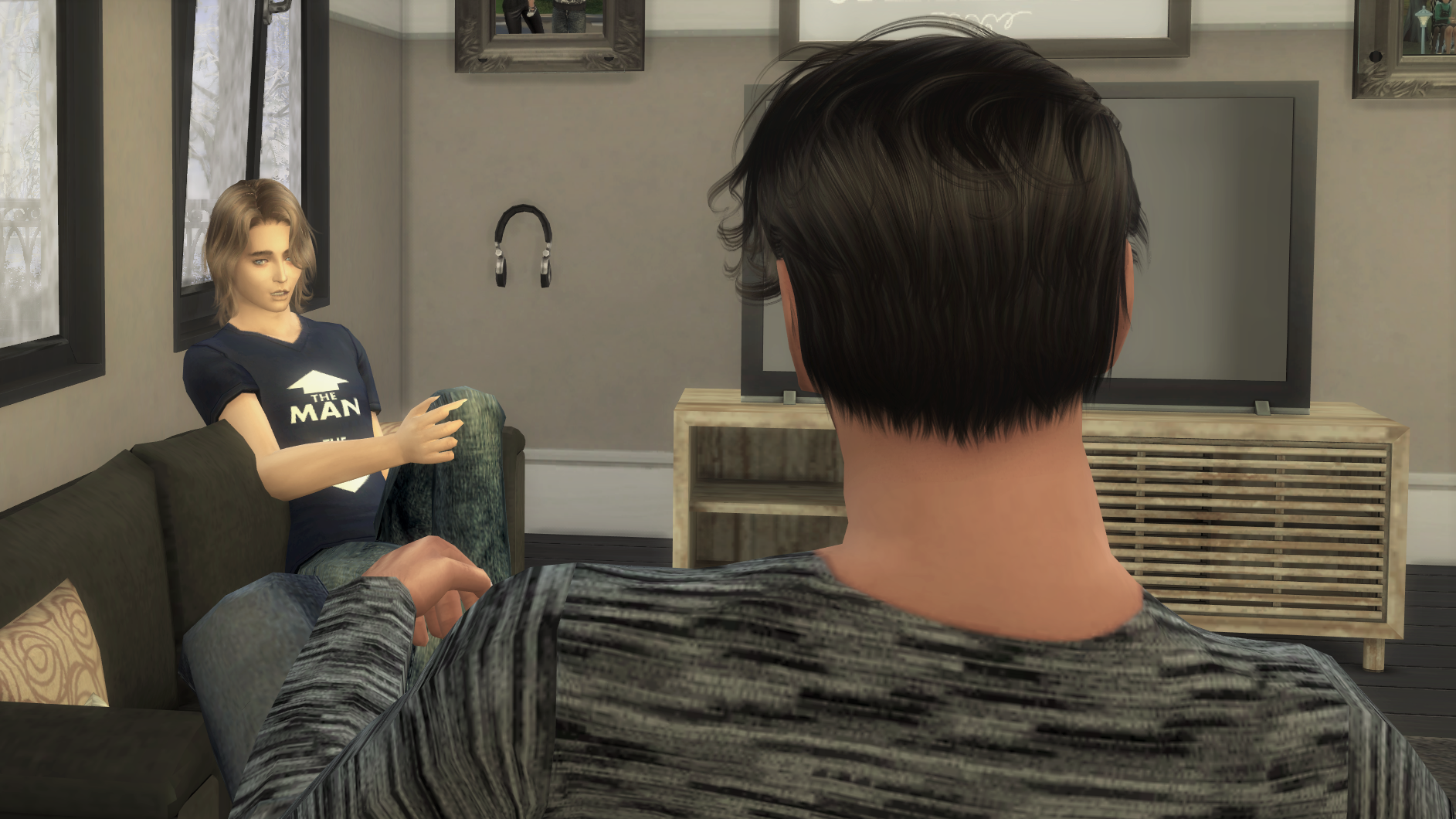 “I suspect your dad never fully stopped loving her, you may be right, he still might, at least a little. She broke his heart, but a piece of her remains. Maybe a life lesson for you again. If he can forgive her, maybe you can too. Worth a shot.”

“Right! Dad, her and I could kumbaya around a fire while doing a speed walk-through of the past 10-12 years of my life she missed. Then all will be happy family life. Maybe her new family and mine can all move in together and be some big happy new age hippie family.”

“No, smartass, but maybe you could call her and see if she wants to have lunch, just the two of you. I betcha 50 bucks the answer will be ‘when and where – ooh I love you honey’…” the last part KC attempted a failed imitation of Amy’s voice, making them both chuckle. 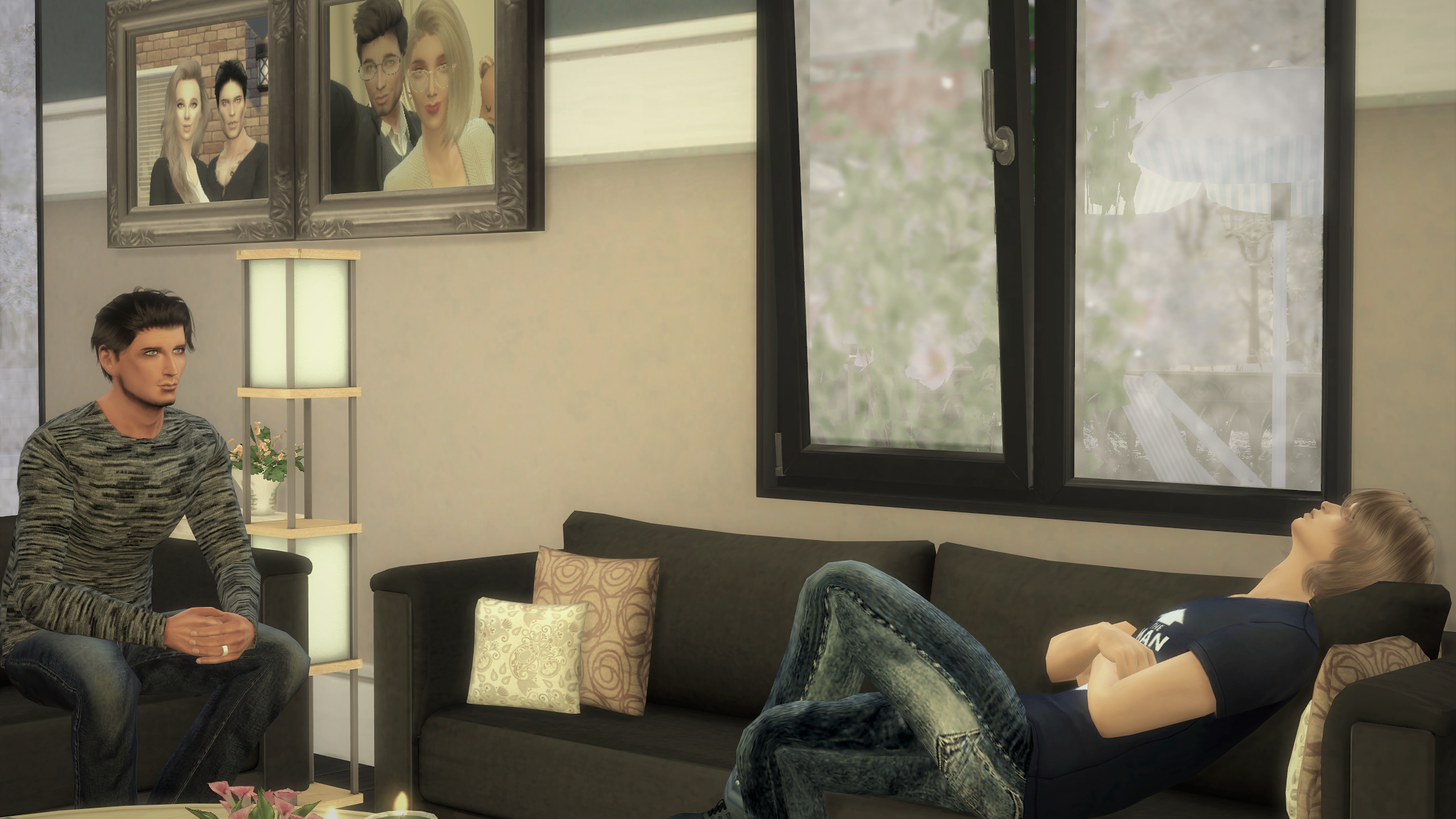 “Fine. I’ll call .. eventually. For you grandpa. And I because I could really use 50 bucks.”

“Dad – the answer is still no. I cannot go back on my word now, or he will never take me serious again.” Ethan reaffirmed his decision. 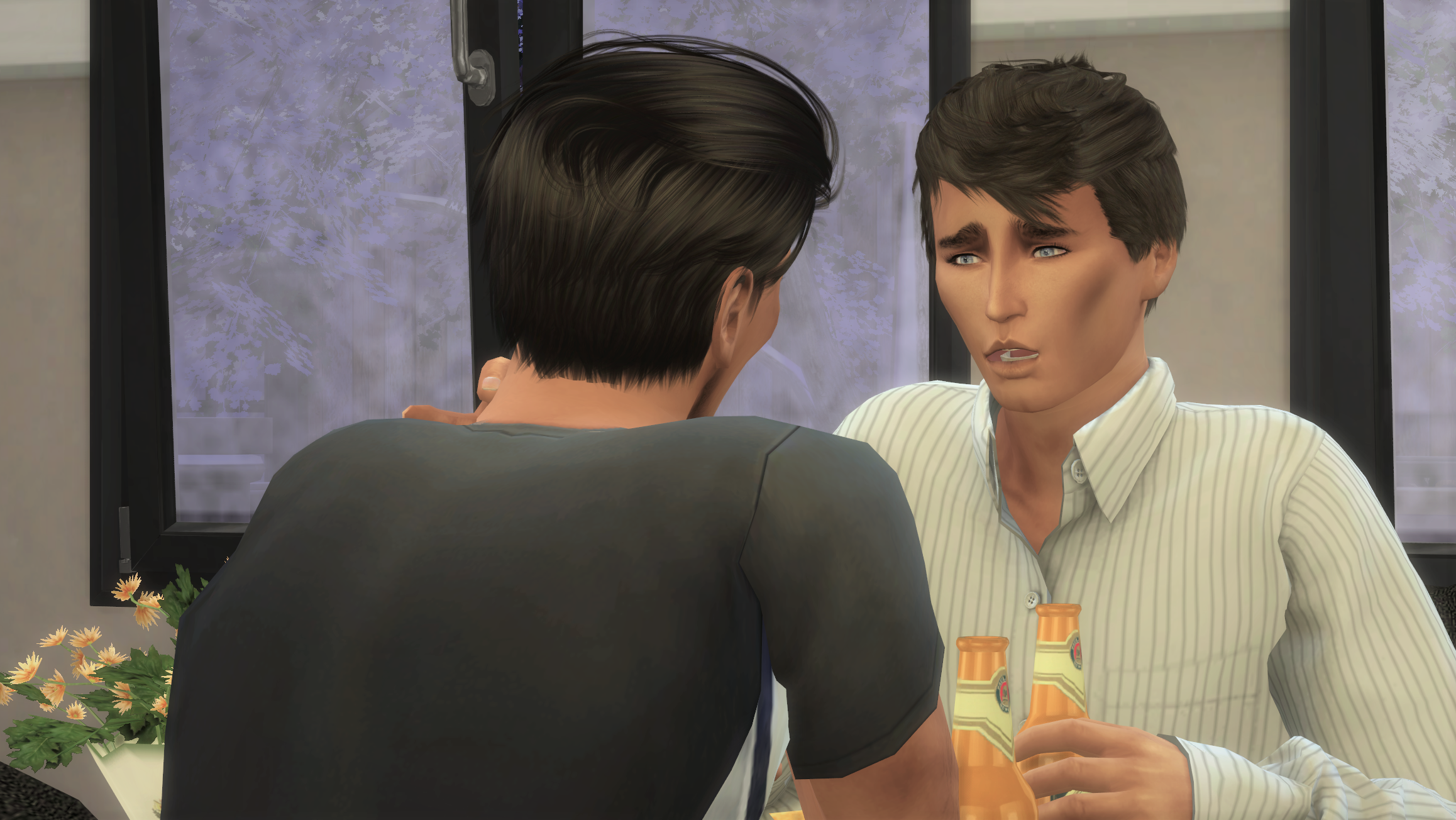 “Ethan, the boy regrets everything. He has learned his lesson. Now he needs a peace offering from you. Let him go. Let him perform. Once he did, he might not waste another second on booze and drugs and breaking curfew, too busy practicing his music. It means so much to him. And it may be the solution to your problem.” 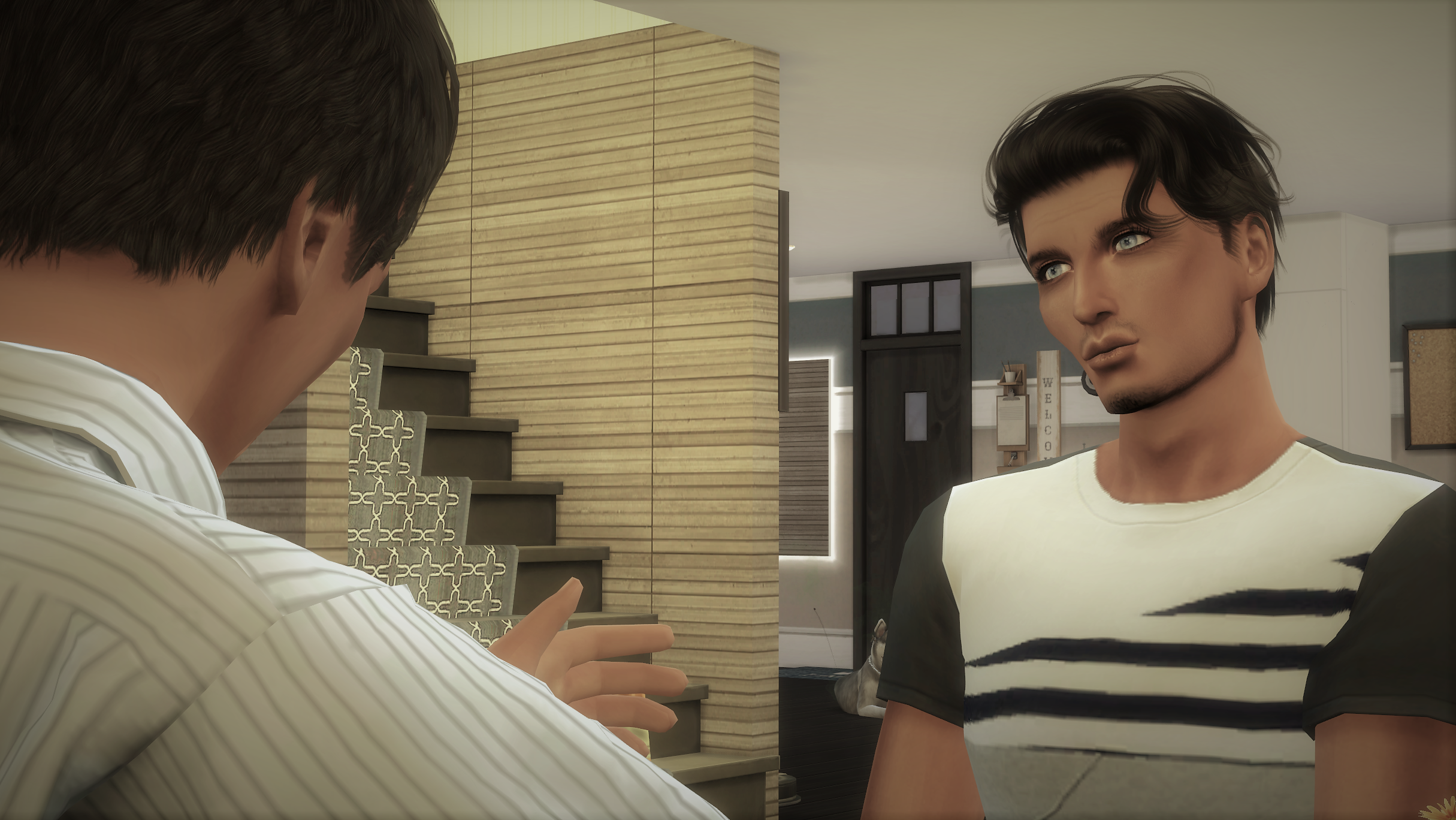 “Dad, I am not even positive you should be traveling now. You had a mild heart attack not that long ago. Does mom even know about this? She’ll kill all of us if anything happened to you. And all for some petty music competition. It’s just not worth the risk.” 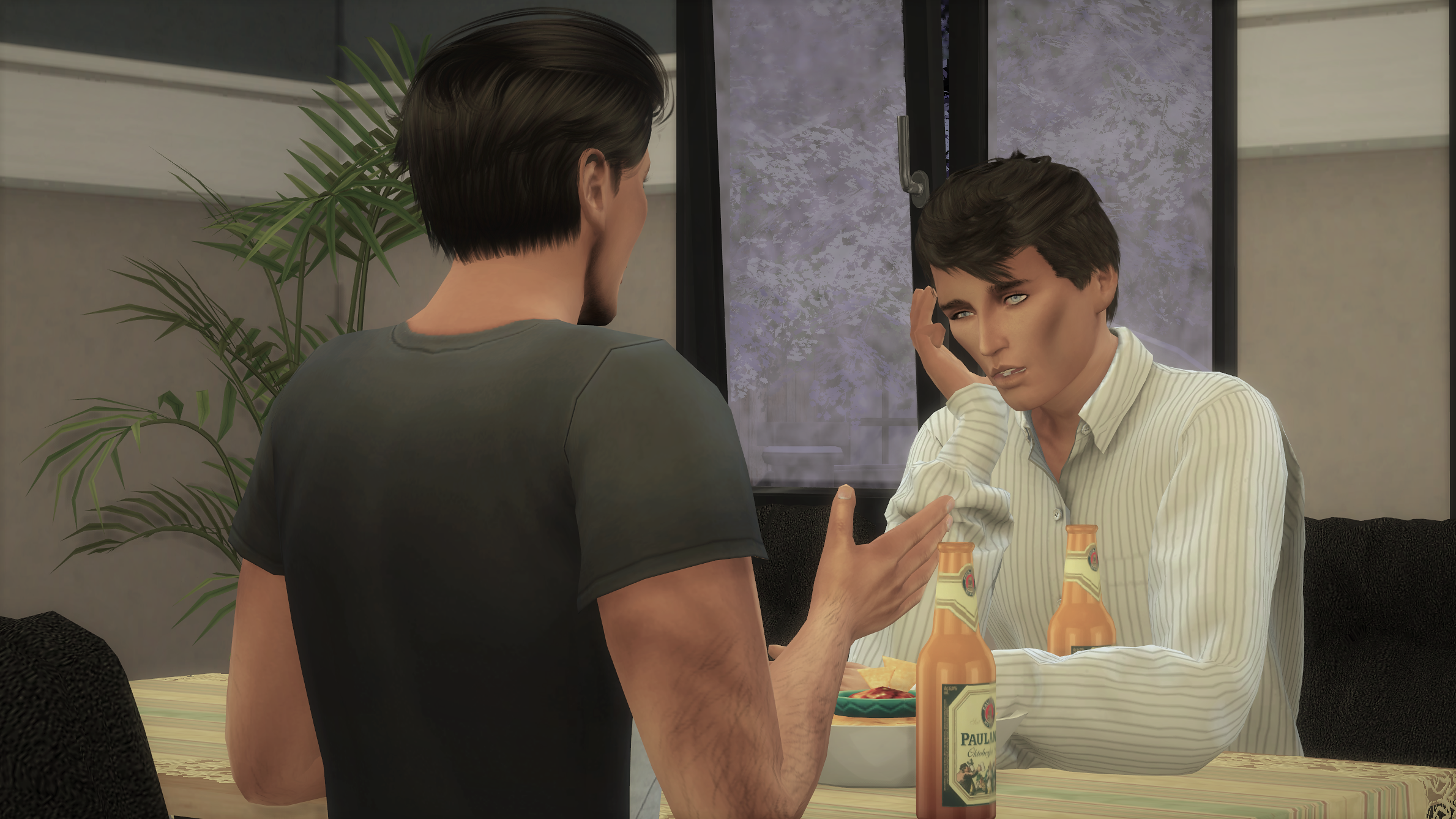 “Your mother knows and supports my decision. It wasn’t a heart attack, it was just some light murmur from a condition called ‘getting older’ and I am attested healthy as a bull now. Ethan, it was a small hiccup after all that happened of late, I am only in my early seventies and not some frail old fucker. Have you ever seen and heard your son play? Heard him sing? That kid has more talent in his little finger than I have in my entire body. You KNOW music runs in the Cameron bloodline. He seems to have hit the genetic music jackpot. Ask him to play something for you. And mean it. You’ll see. And when you did that, call me and THEN tell me your decision. I know you want the best for him, but you know as well as I do that our kids are not yours to keep. Your job is to help them soar. You and your sister had a bunch of crash landings until you finally made it and look at the both of you now. Someone will continue the legacy business, but maybe it may not be Blake and you should be okay with that possibility.” 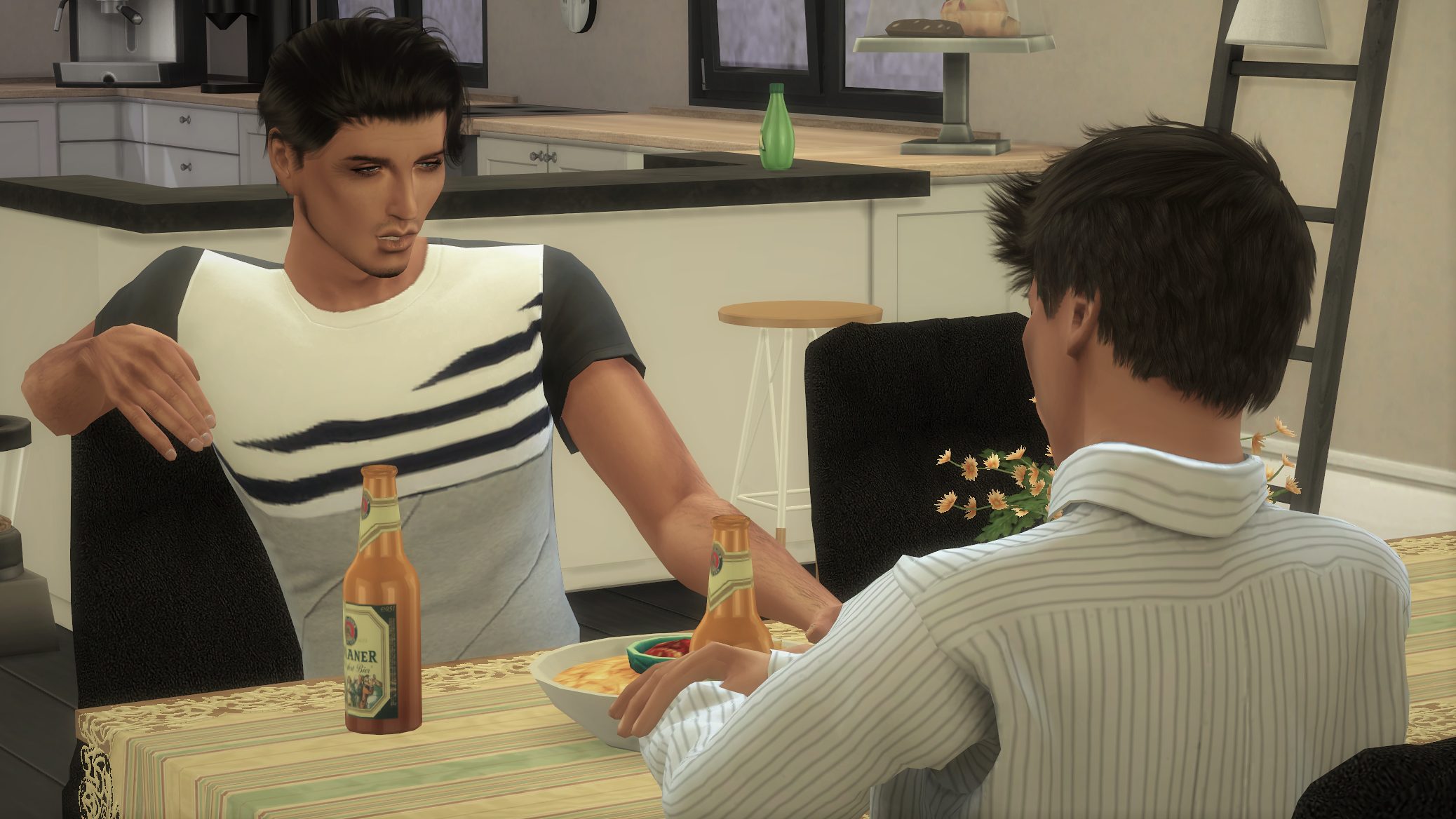 “Dad, I know you mean well, but really, I don’t see that happening. On that note, I need to get home now. No use screwing this new family up too by being absent too much. At least not any further than my lovely son has already managed.” 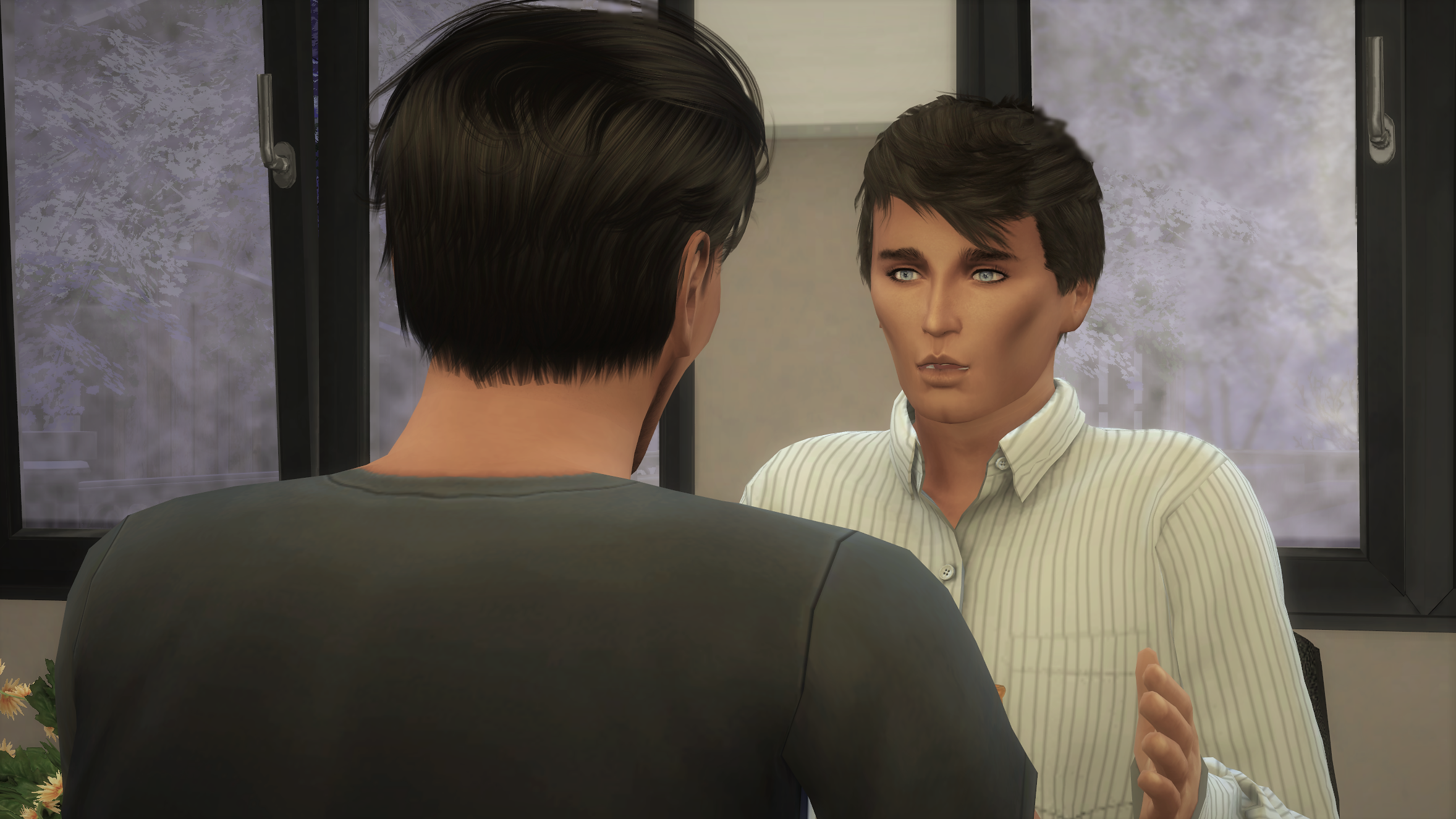 “Ethan, just promise me you’ll think about it, okay? Really consider it again and please, do ask Blake to play for you. You will see what I am seeing.” 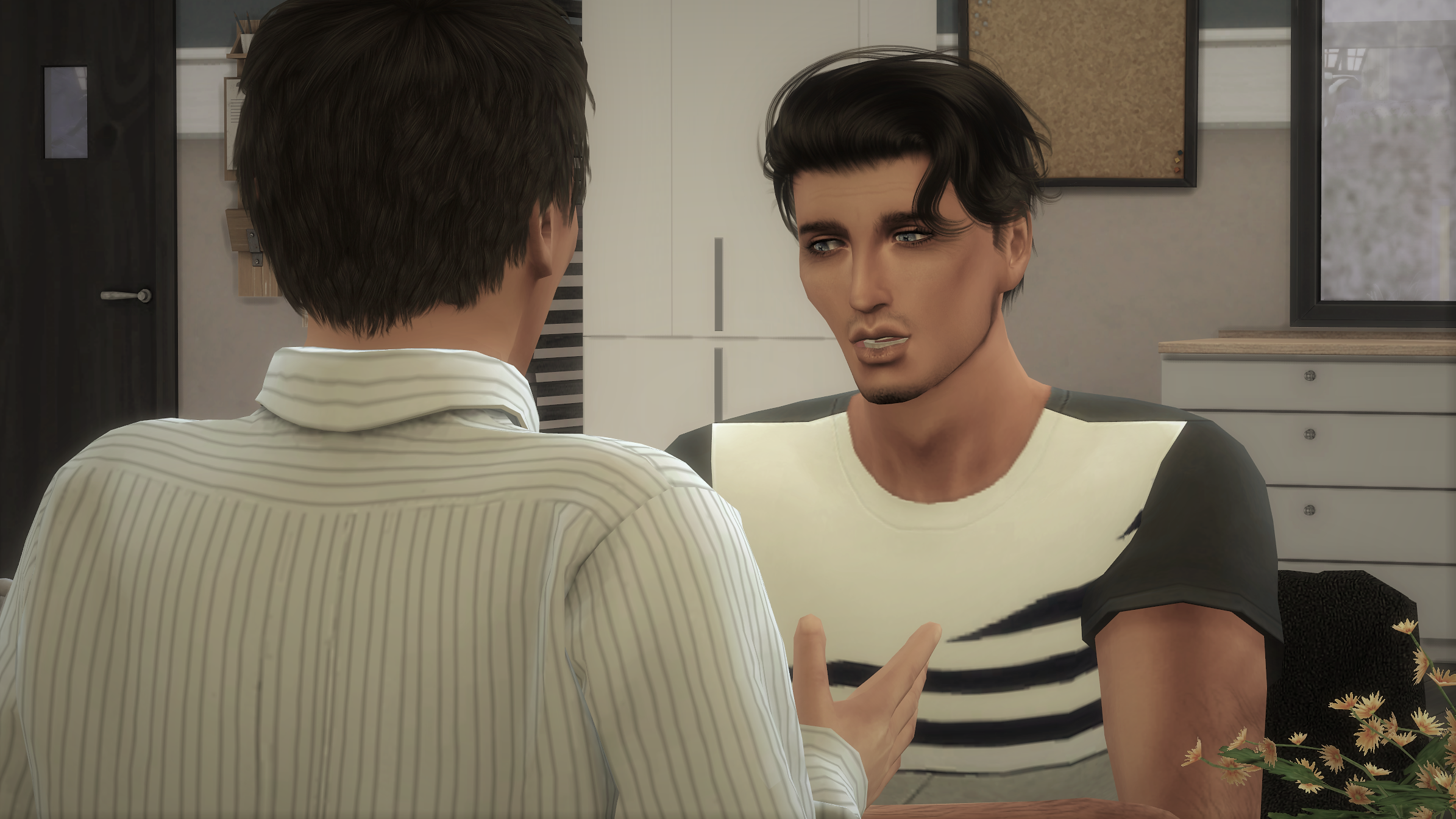 “Good night dad. Thanks for the beer and the chips. Give my love to mom, I know she wanted me to wait till she gets out of the shower but I need to get home now.” 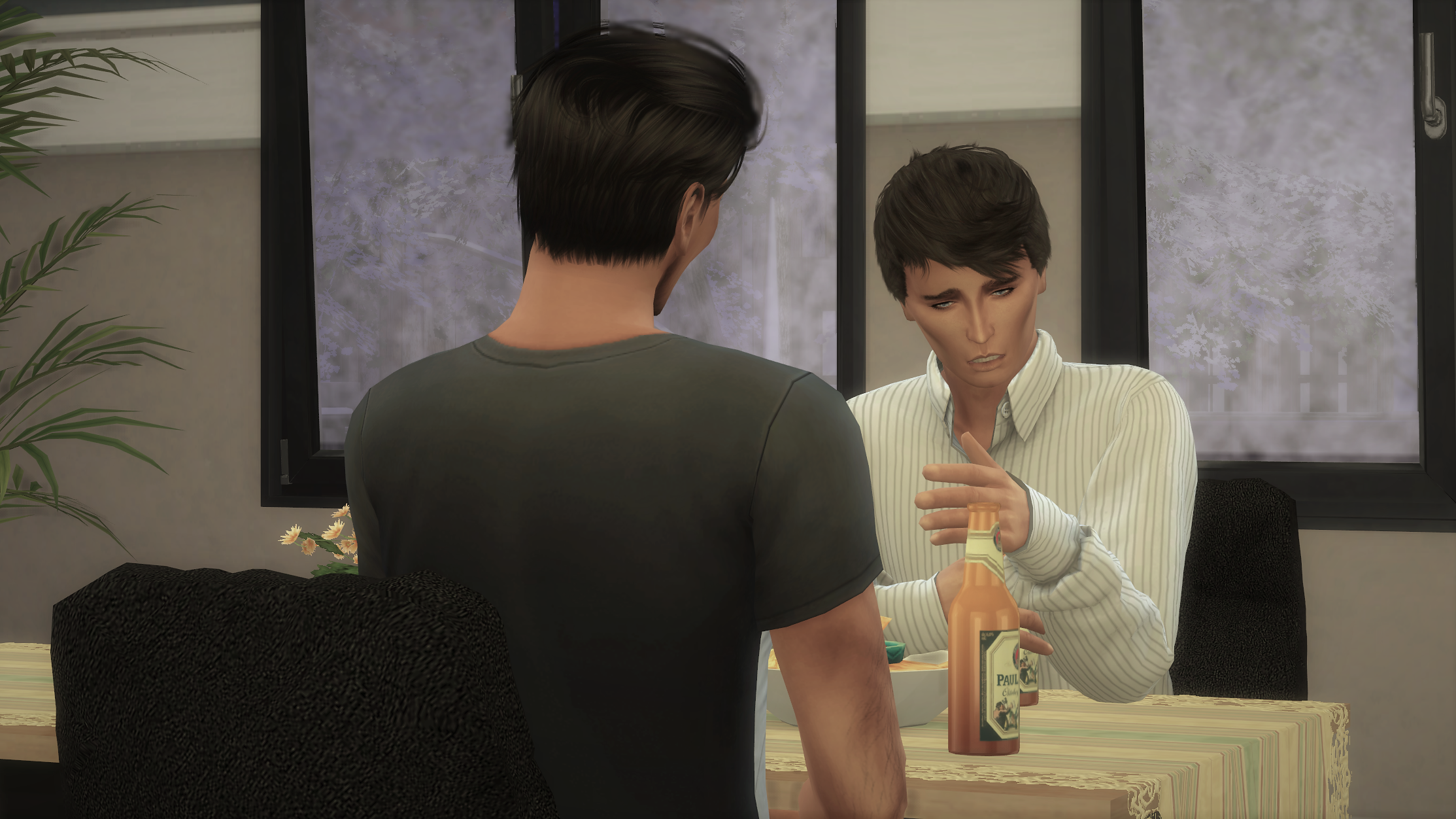 Later that night, watching a movie with Evey, KC’s kept checking his phone. 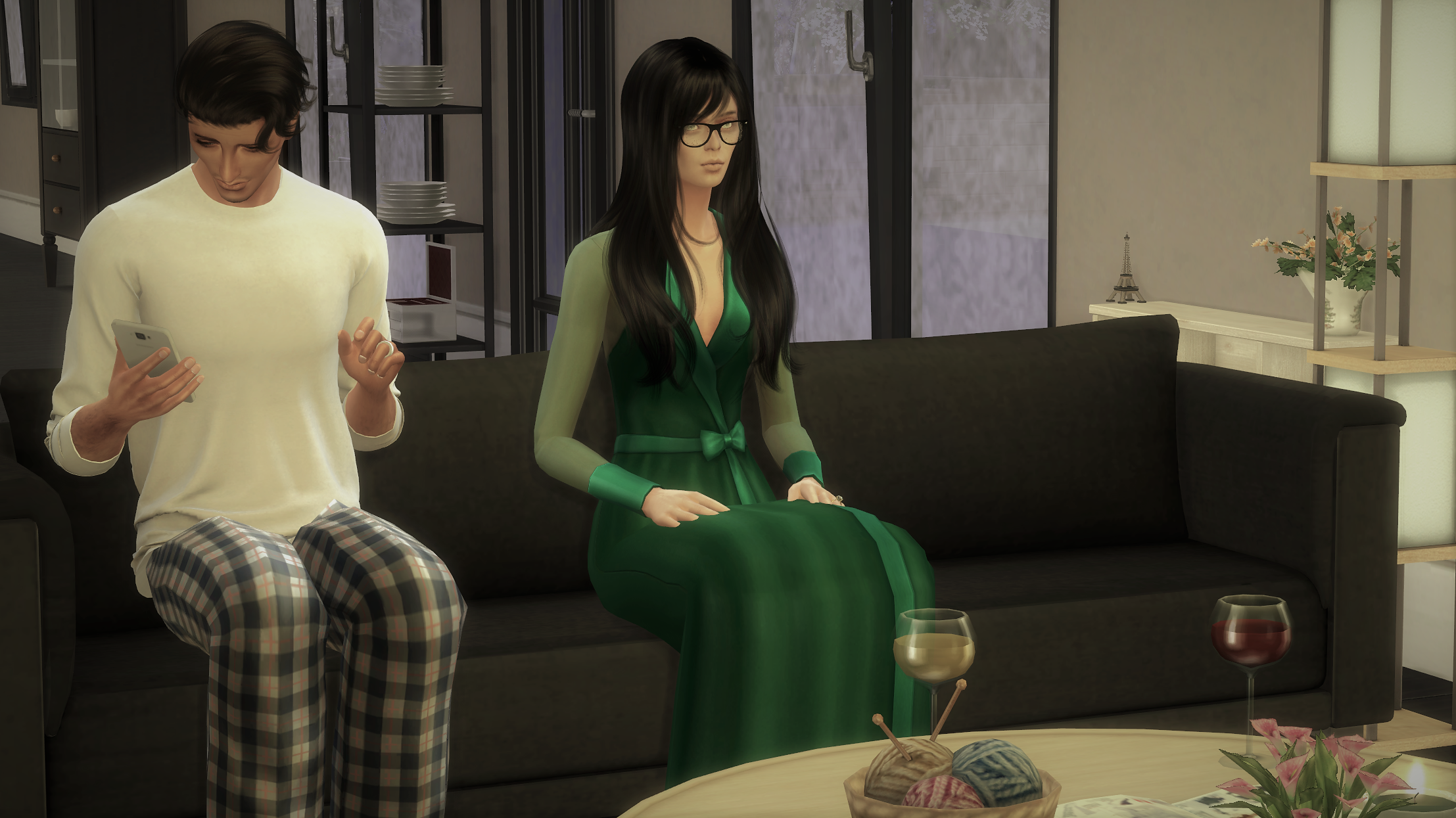 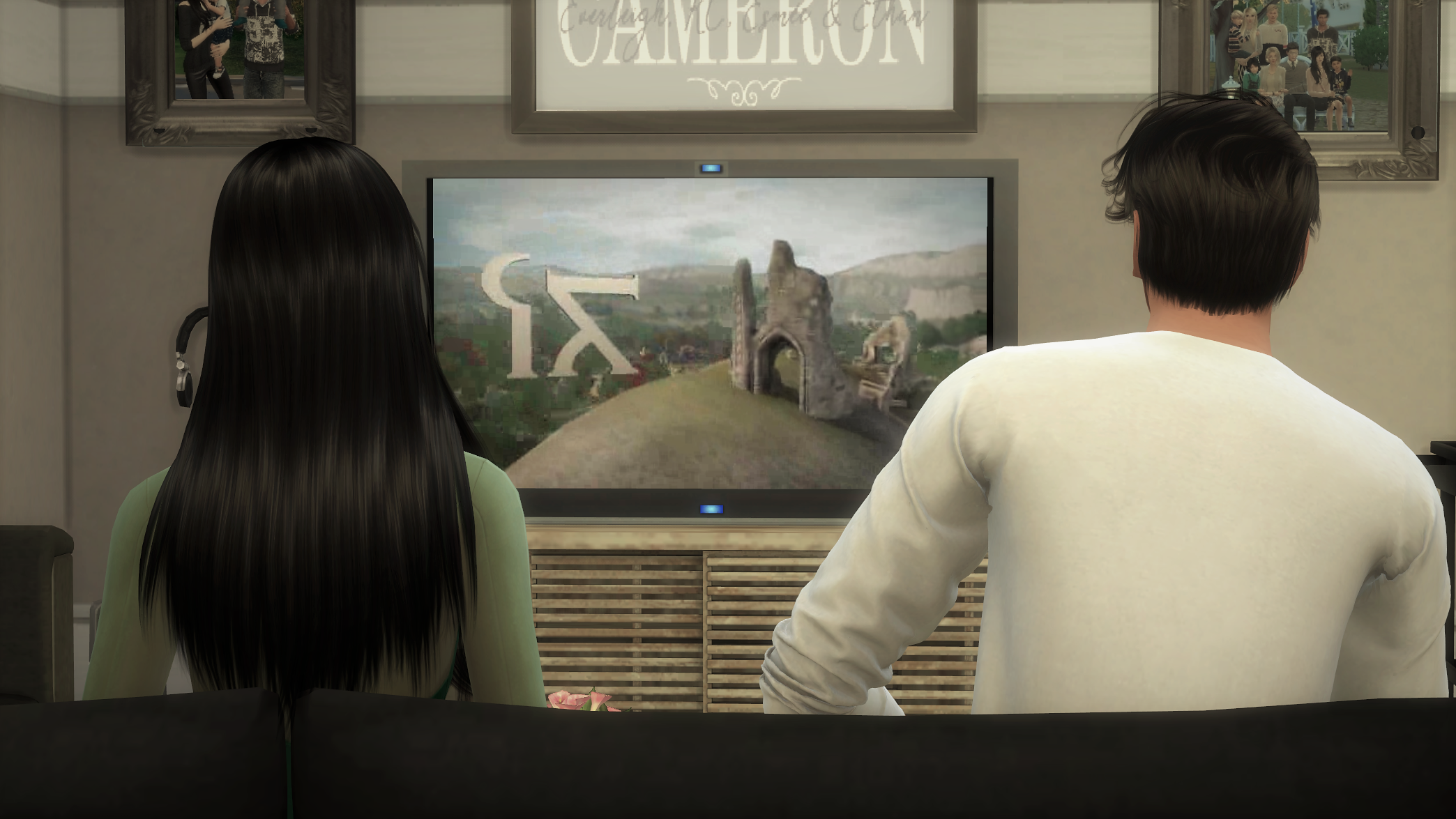 He had been convinced that he had gotten through to Ethan. Yet, no call, no text. 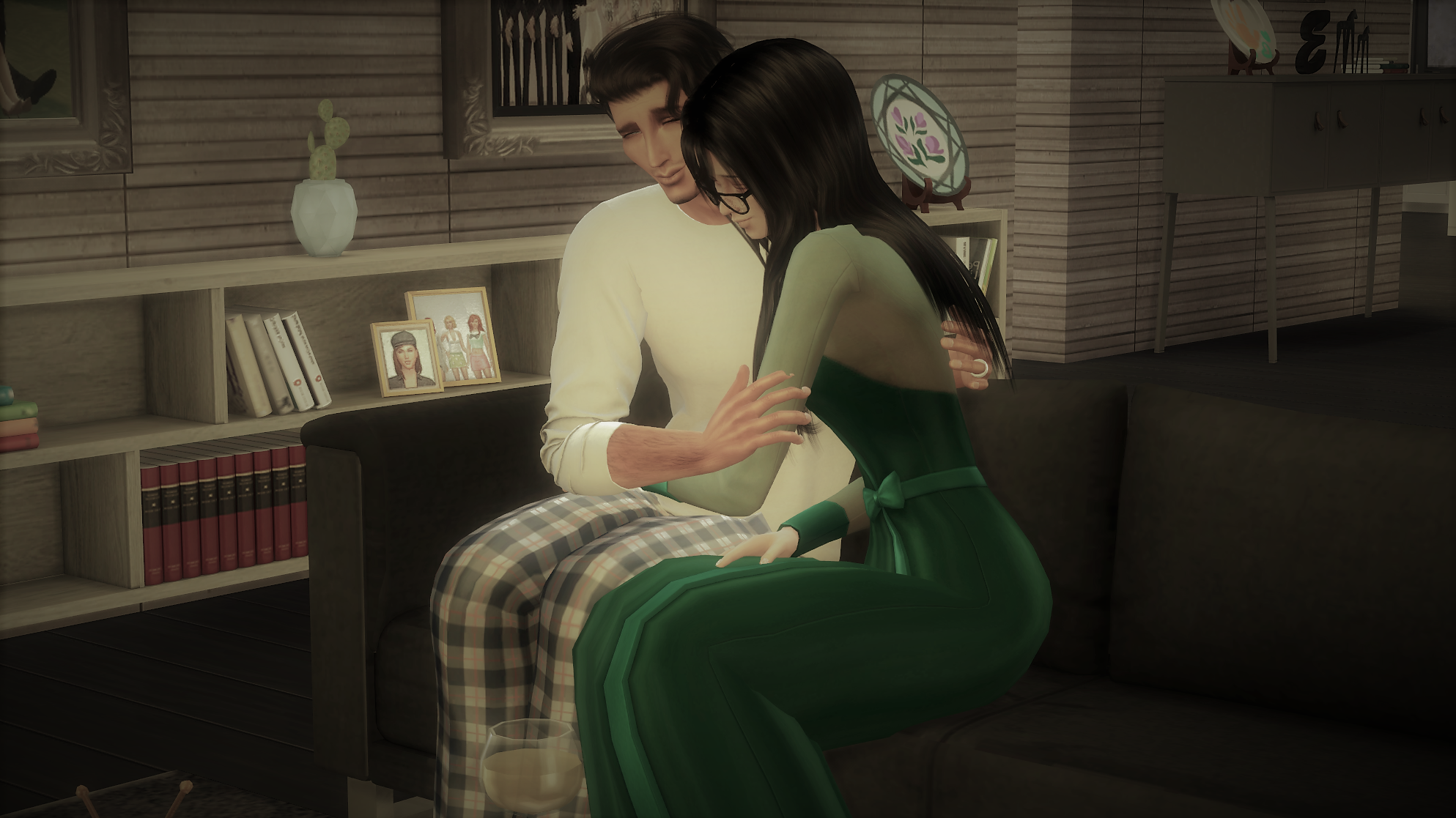 KC was worried that Ethan was making a terrible, irrevocable mistake and there was nothing he could do about it but stand back and watch the impending train wreck.

In Memoriam to our beloved Generation 3, Everett and Katie Cameron who died of old age on the day of Winterfest in game, as well as their daughter-in-law Emmi who died surprisingly a few days after.