Everleigh awoke, blinking against the first rays of sun tickling her face. 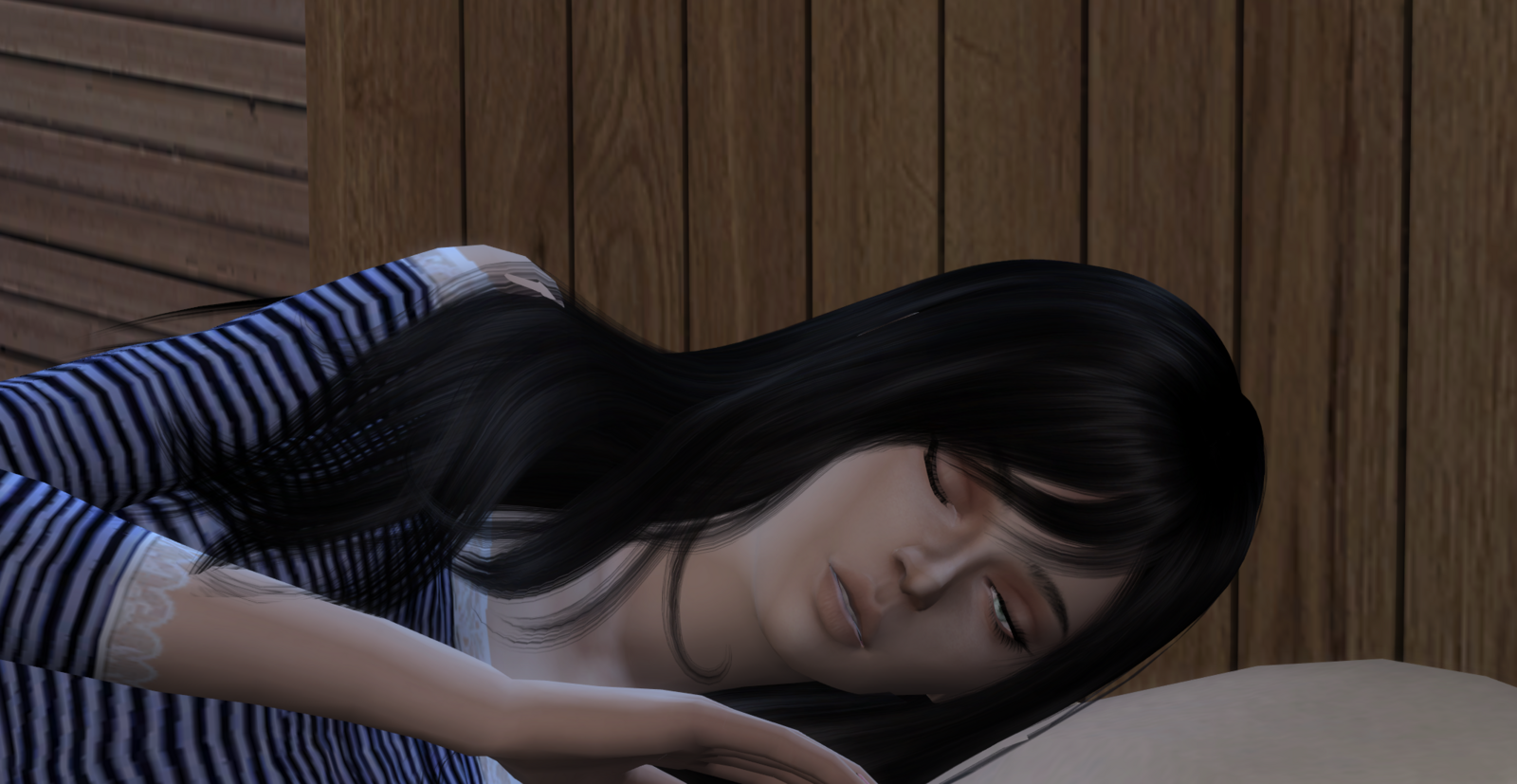 Instantly she was wide awake.

Today was the day. THE day. Her and KC’s wedding day. And Heath’s too. And the sun was shining. The promise of a perfect day.
Sitting up, she looked around her old bedroom at her parents’ home.

According to the old tradition, she and KC had spent the night apart, he at their home in Newcrest, she at her parents’ home.

She had always loved her bedroom and as excited as moving in with KC in a home she and her daddy designed together may have been, moving out had been tough on Evey. She missed her parents, her brother, her home, the old neighborhood and the fact that most of the rest of her beloved family was just minutes away from here.

She got up, got dressed and as soon as she opened the door to the hallway she could already smell the coffee and pancakes, heard her parents’ muffled voices and laughter from the kitchen downstairs. Pulling the door shut behind her she felt happy and anxious.

As she descended the stairs she caught her dad dip-kissing her mom, which made her smile. The first signs of wedding jitters dissipated instantly.

“Oh, good morning sweetie! How is our little bride-to-be?” her mom said when she noticed her.
“Excited. Nervous. Famished.” Evey said smiling, kissing both parents.
“Breakfast is almost ready. Would you get your brother, honey?” Katie said.
“Sure.”

Evey ran back up the stairs and knocked on her brother’s door. 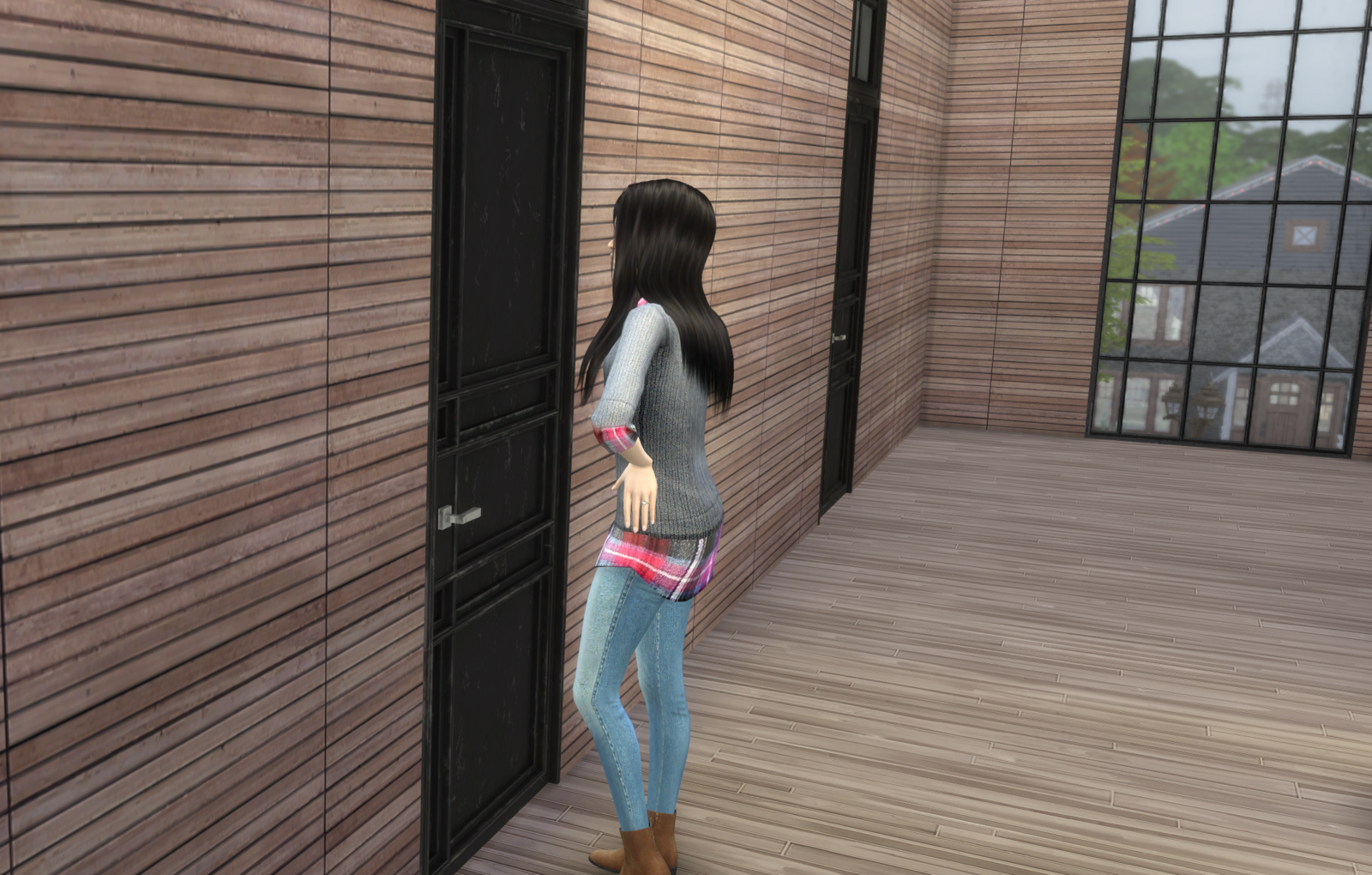 “Yeah?” she heard his drowsy voice, an odd voice these days, somewhere between his old voice and a new, deeper, manly one.
“Breakfast sleepyhead!”
“Not hungry. Tired.”
“I am coming in!” she warned, grinning.
“No!” she heard him stirring inside, probably quickly putting on whatever clothing was laying on the floor next to the bed. 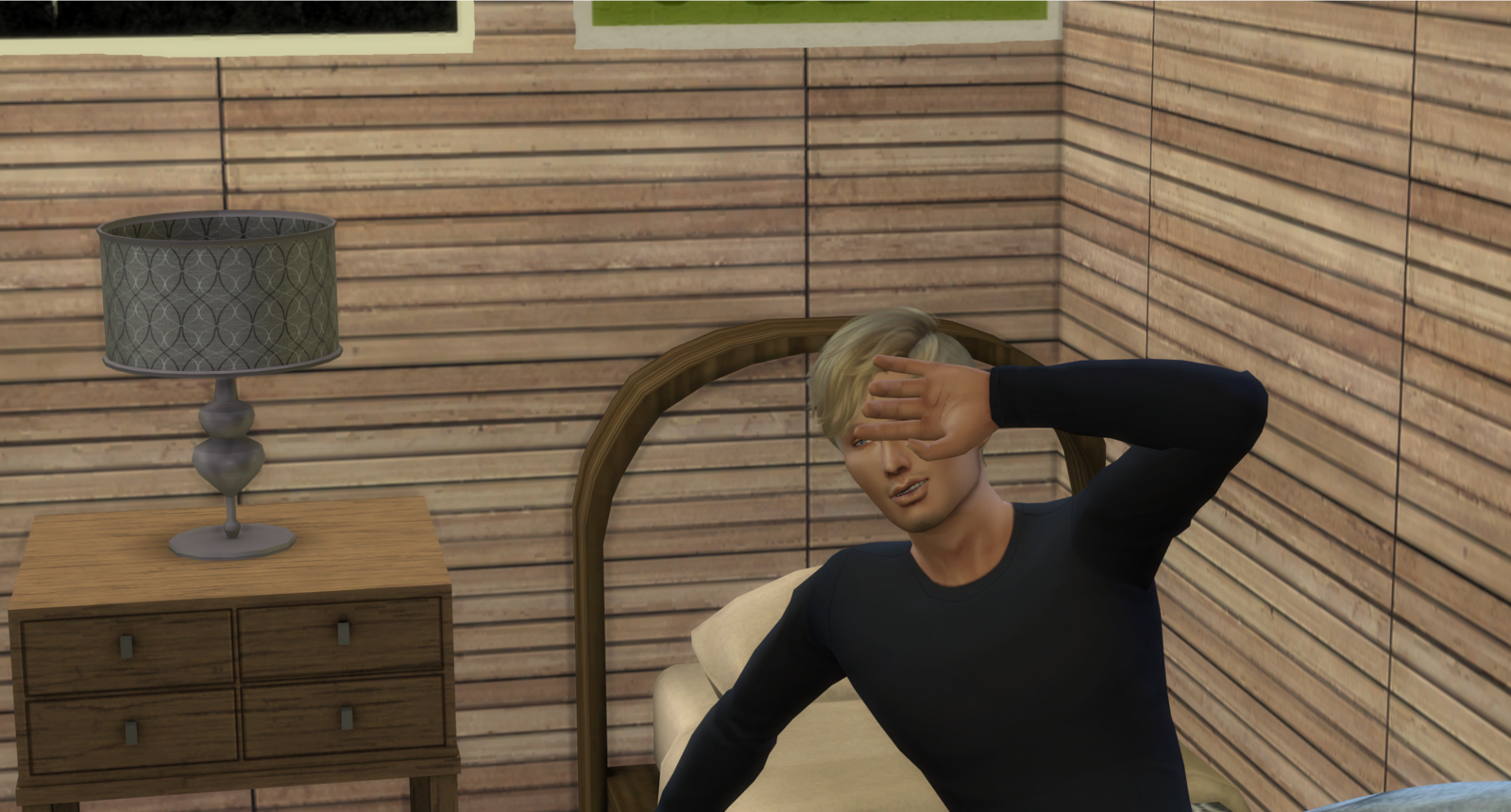 Evey had already opened the door.
“Gawd you are annoying! I bet KC is on a flight far away from here by now.”
“Nope! KC LOOOOOOVES me, just like I looooove you, my adorable, sweet baby bro!” Evey gave her brother a big, purposely wet kiss on the cheek, he pulled away and rubbed his cheek. 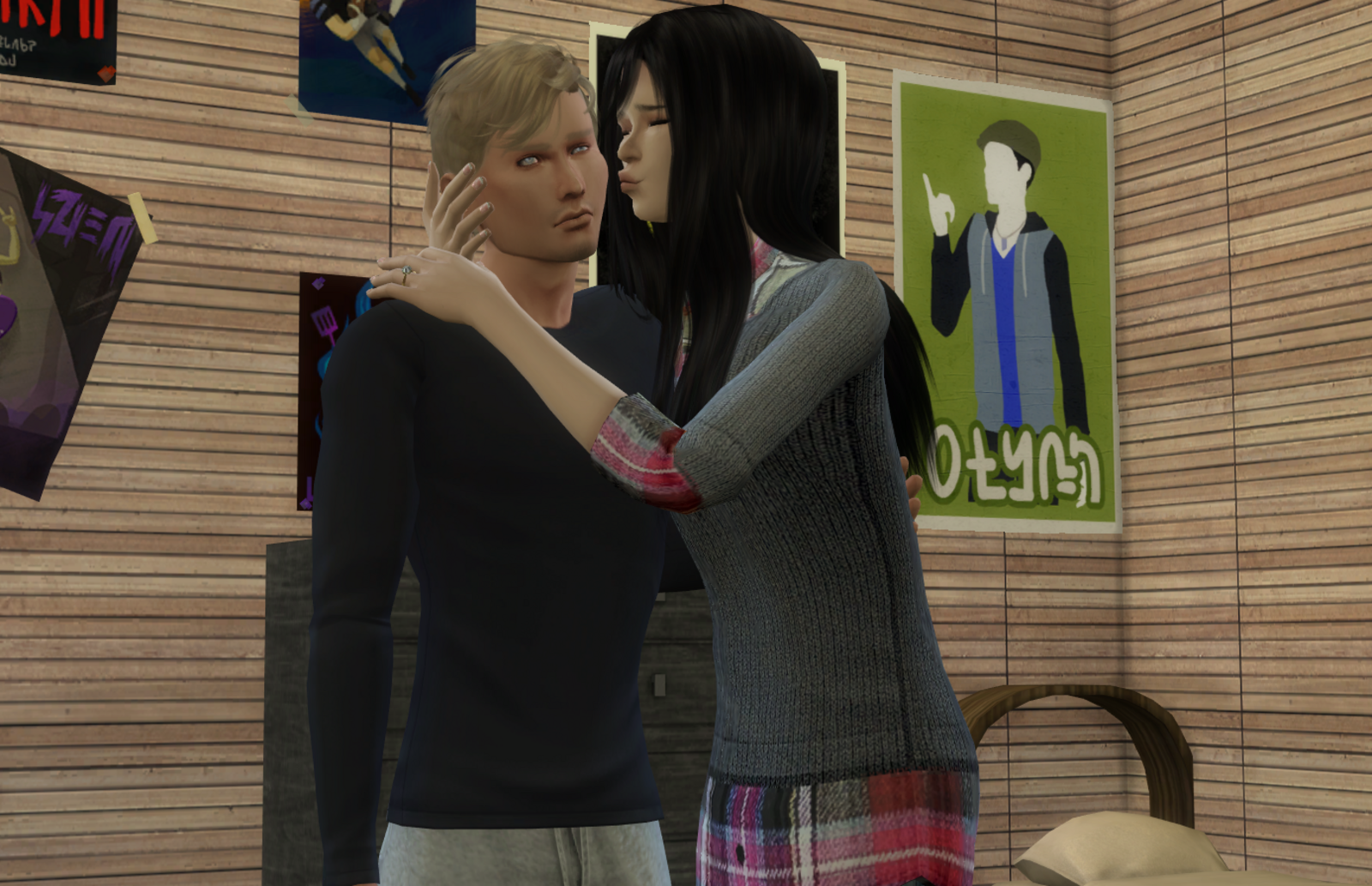 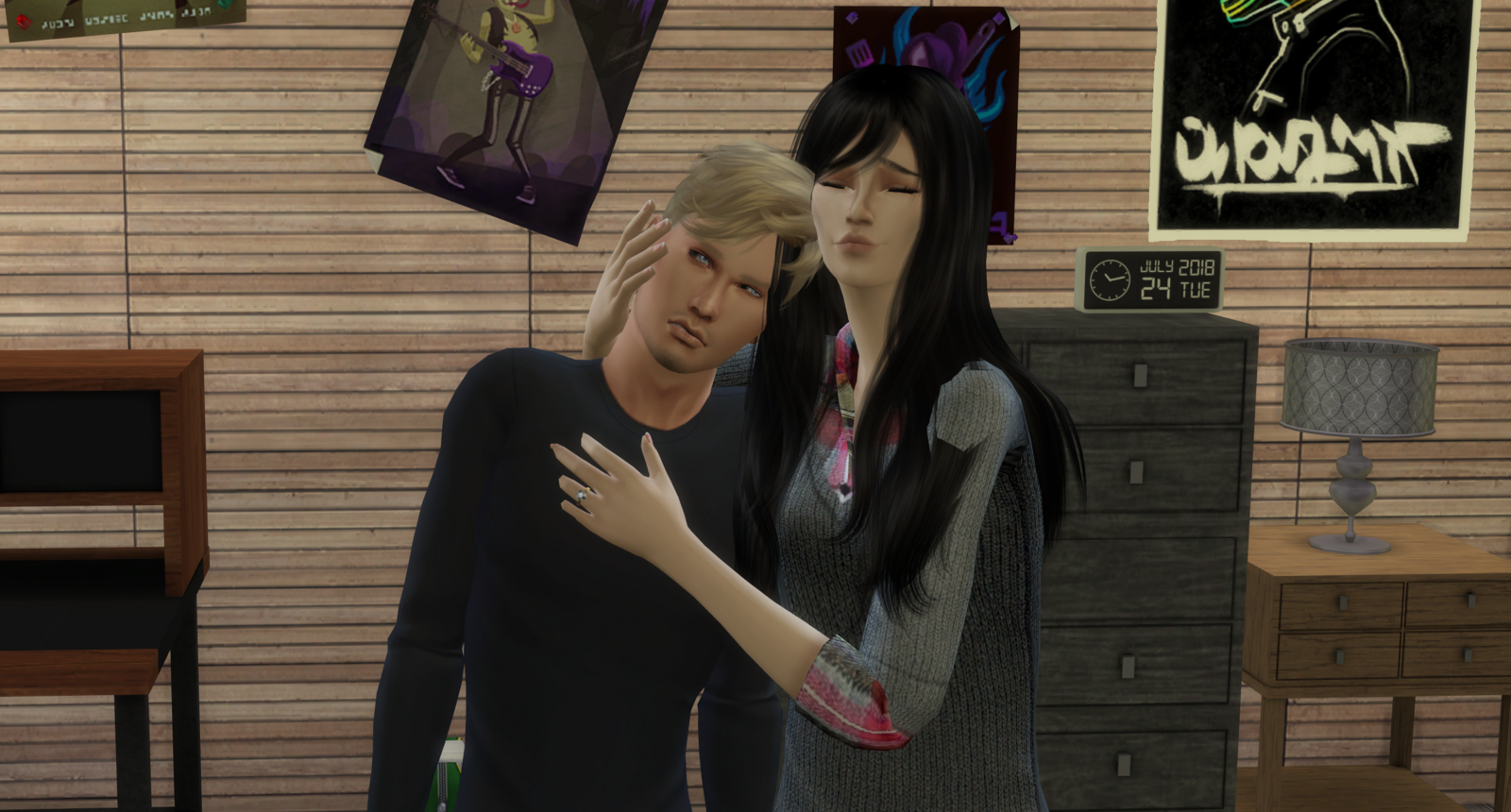 “Breakfast now! If you are not downstairs in 2 minutes I am coming back!”
Everleigh had opened the door and on her way out heard
“Okay okay, I’ll be right down.”

Everybody reminisced about funny childhood moments, and there was a lot of laughter.

After everybody was done, all helped clear the table, still laughing, teasing.
Until Katie suddenly said something that gave both Everett and Everleigh a sting in the heart, causing both to look at each other.

“I can’t believe that after tonight, my baby will no longer be Everleigh Rose Cameron, but Mrs. McCoy.” 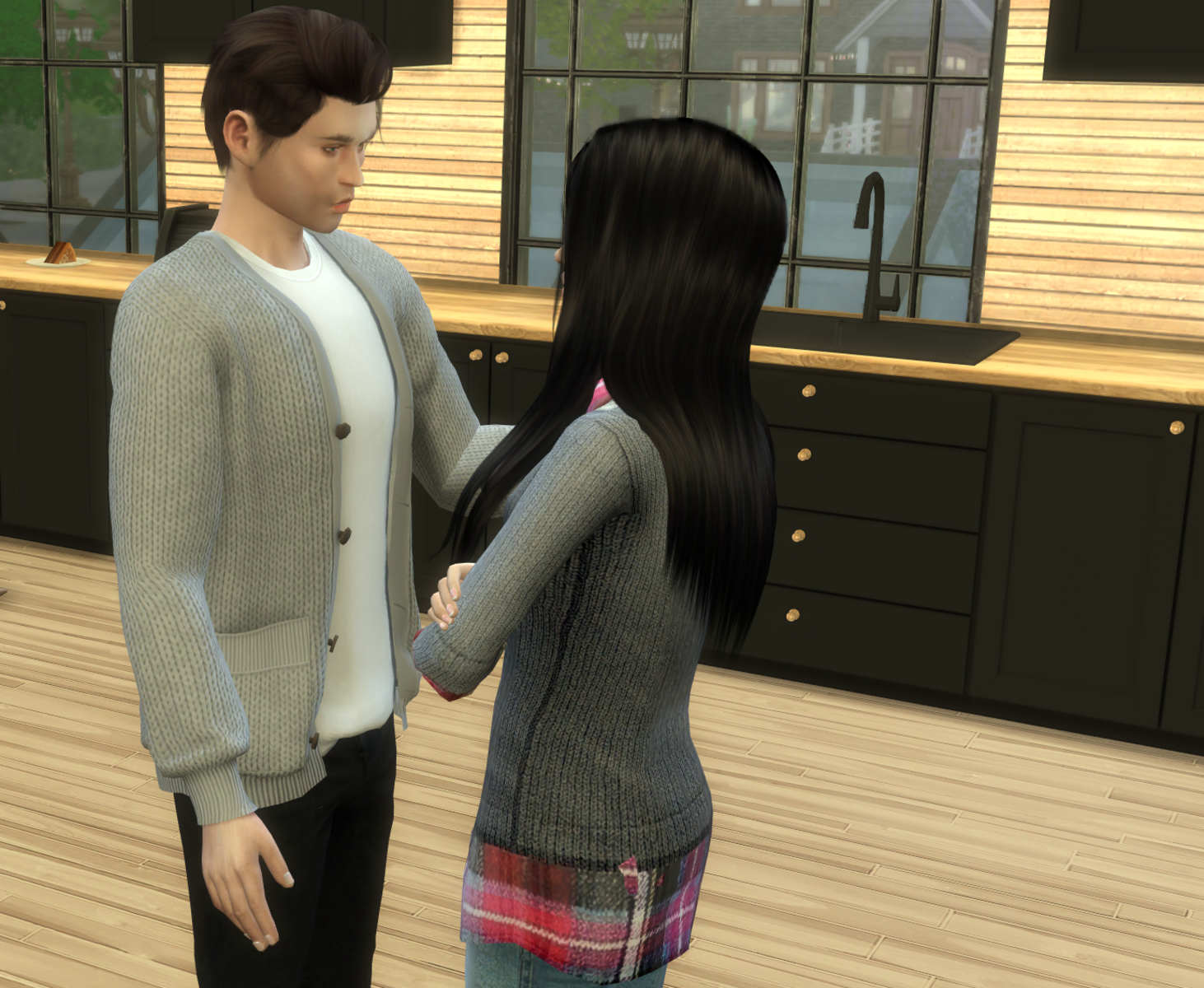 “Oh my sweet girl! You will always be my little girl, my little Evey, no matter the last name or how old you may get.” Everett quickly assured his daughter, or probably more himself too.
“Daddy!” Evey started crying, Everett pulled her into his arms, comforting her.

“Ummm…. may I go back to my room before I start growing boobs and throw up all over?!” Josh asked, making puke noises.
“Josh, quit being so vulgar! Today is a BIG day for your sister!” Katie told him firmly.
“I know, I have seen some of the BIG bills! Knowing my luck, there won’t be any money left for a car for me when the time FINALLY comes.”
“Joshua Liam Cameron! A) You are not even quite 14 and B) You are not to old for me to spank you!”
“Yeah, mom, as if. I’ll be in the shower, meeting the guys in the park in a little bit.”
“Oh no, you won’t! We have to get things ready for the wedding!” Katie reminded him.
“And I need the shower first!” Everleigh said.
“What the hell?! Mom – I do not even have to do anything for HER wedding other than show up in a friggin penguin suit and behave, according to YOU!  And sis – YOU moved out, so I get the bathroom first.” He addressed the last part at Evey, who started running for the stairs, where he arrived at the same time.
The kids began shoving and trying to keep each other from going up the stairs first.

“KIDS!” Katie reprimanded, but only got one brief look by both before they continued up the stairs, jockeying for position.
“And we have a downstairs bathroom too!” Everett called out, then realized both kids had already disappeared upstairs.

“I have NO clue how my mom and dad managed four children at the same time.” Everett moaned, directed at Katie. 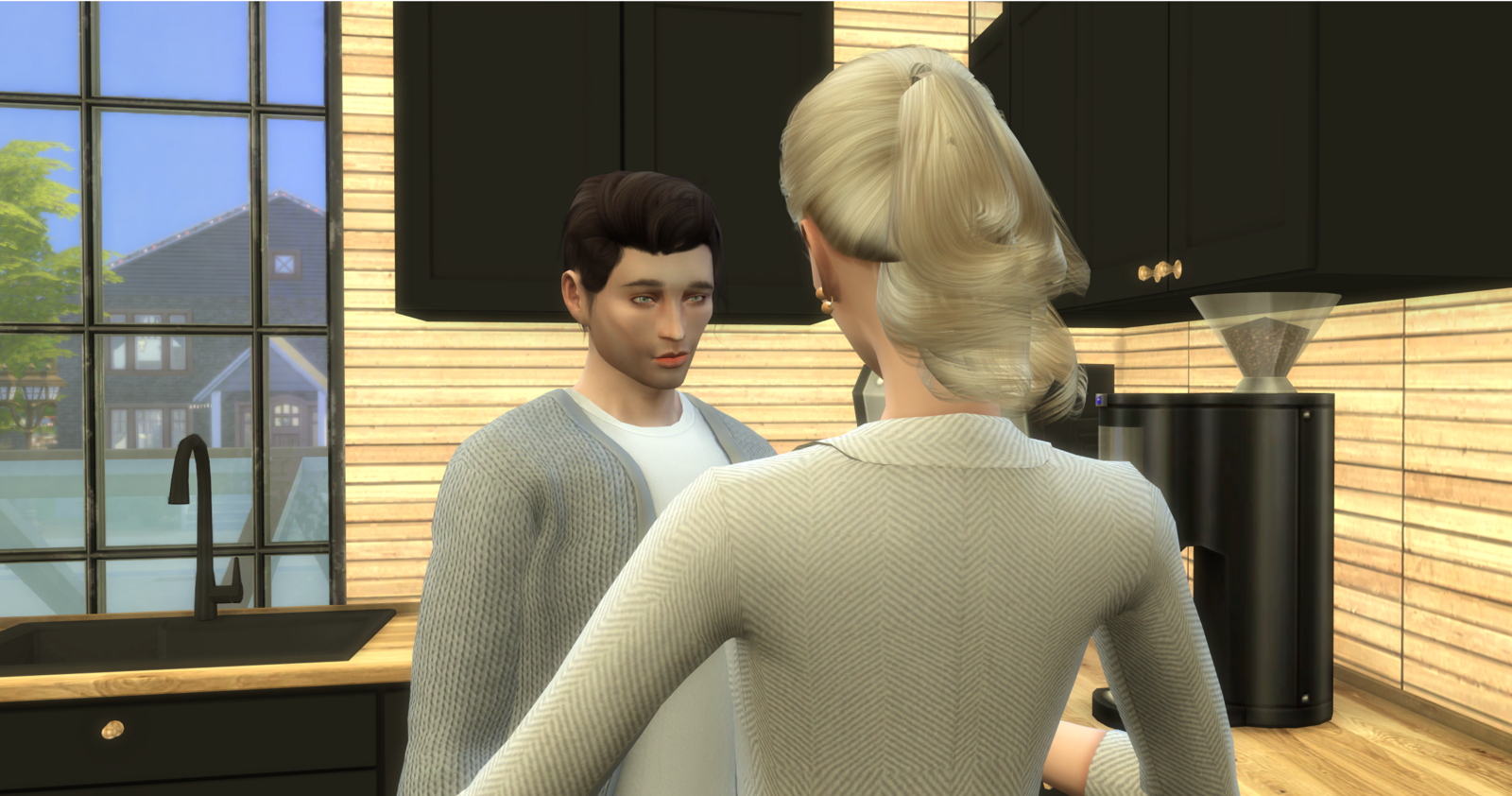 “Me either. And they keep adopting and fostering, I swear, whenever Josh is off to college, I will run through the house naked and not pick up a single dish or piece of clothing for DAYS.” Katie grinned.
“Tell me more about those plans…” Everett caressed her cheek. 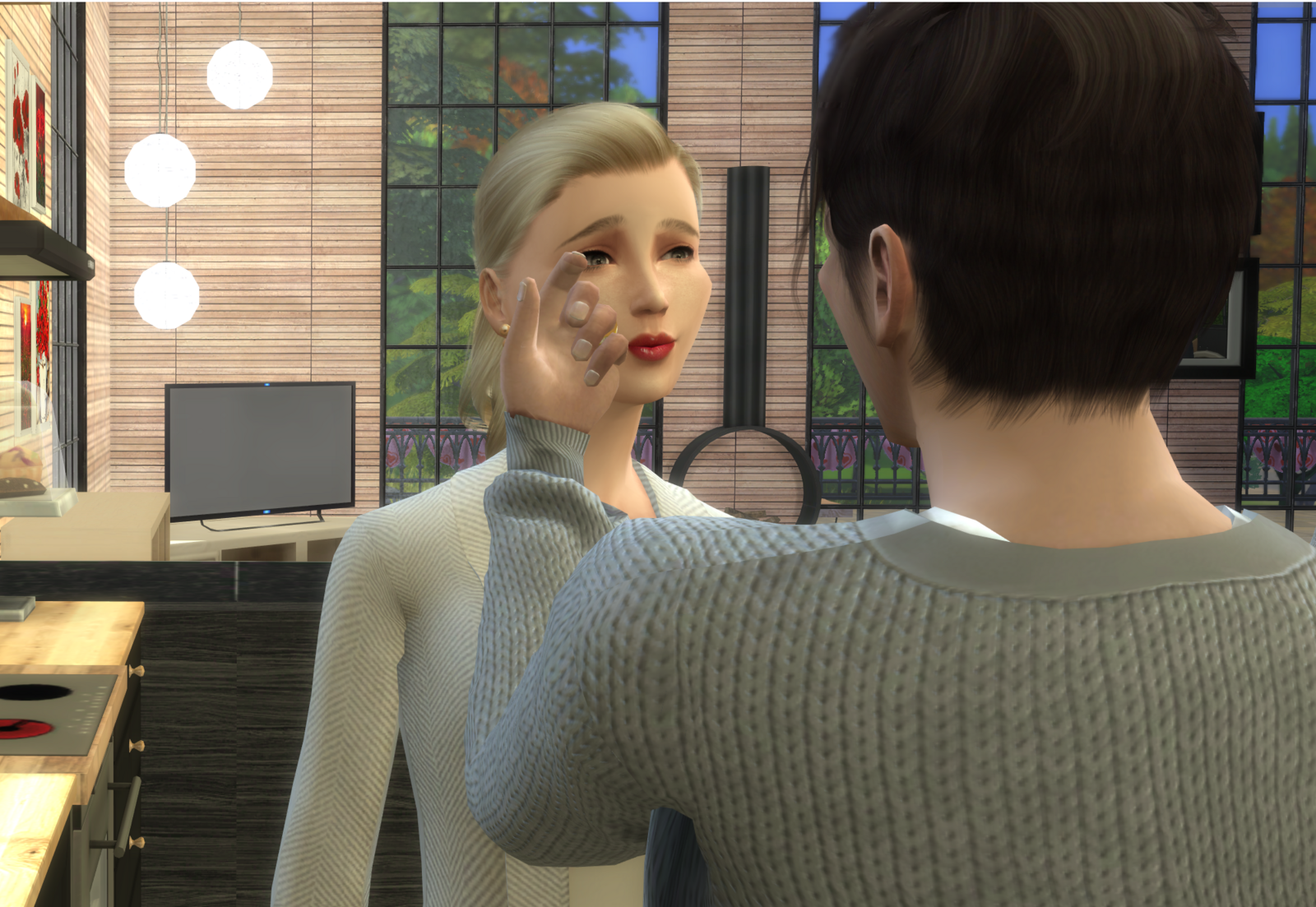 “I will. AFTER our daughter’s wedding tonight.”
“Our daughter’s and that creep’s. I cannot believe that I am basically paying for some New Breed vampire weirdo and his odd bride.” Everett growled discontent.
“Sam? Odd? I don’t find her odd at all. Very down to earth. I spent lots of time with her regarding the flowers for the event. She and Evey get along so well. And you know Evey has this thing with collecting oddballs and rebels to ‘save’ them. It’s actually proof of a great character, to help those who need it most. You should be proud of your daughter.” Katie smiled at him, her head cocked.
“I AM proud of my little girl, but for other reasons. She is smart, diligent, a go-getter. I am not proud that she spent her teen years sneaking around with a criminal and a dangerous vampire and who knows what else. Remember the trouble all that caused her – and us! Not to mention the fact that she is marrying that criminal tonight. Oh well, at least he came around. Just wished he had a real job. What is going to happen when she gets pregnant? Will he watch the baby while she works?” Rett shook his head at the mere imagination.
“Honey, that is not our problem. If they need help, we help where we can. It’s called being parents. We need to let our babies leave the nest and stand on their own two feet at some point.” Katie told Rett.
“We both work full time! How are we supposed to help with …” Everett was interrupted by someone barreling down the stairs loudly, then Josh came into view, sounding upset

“DAD! Your daughter used up the last of that shampoo/conditioner two-in-one shit. I bought that with my own money!”

Everett sighed.
“Joshua! No cursing! Use mine this time, until I get to the store to get you a replacement!” Katie told him.
“I really do not know how mom and dad did this.” Everett sighed as he sat down on a chair, defeated.