“All right, what did you forget, beautiful?”
Heath rushed to open the door after Samantha had just left minutes ago.
He was shocked when he saw Heather instead.
“Hello Heath.” she said as she just walked past him into the house.
“Mommy, mommy!” Abigail chirped excitedly. It almost upset Heath to see her so happy about seeing her mother, but he reprimanded himself. No, she should be. Despite of everything. 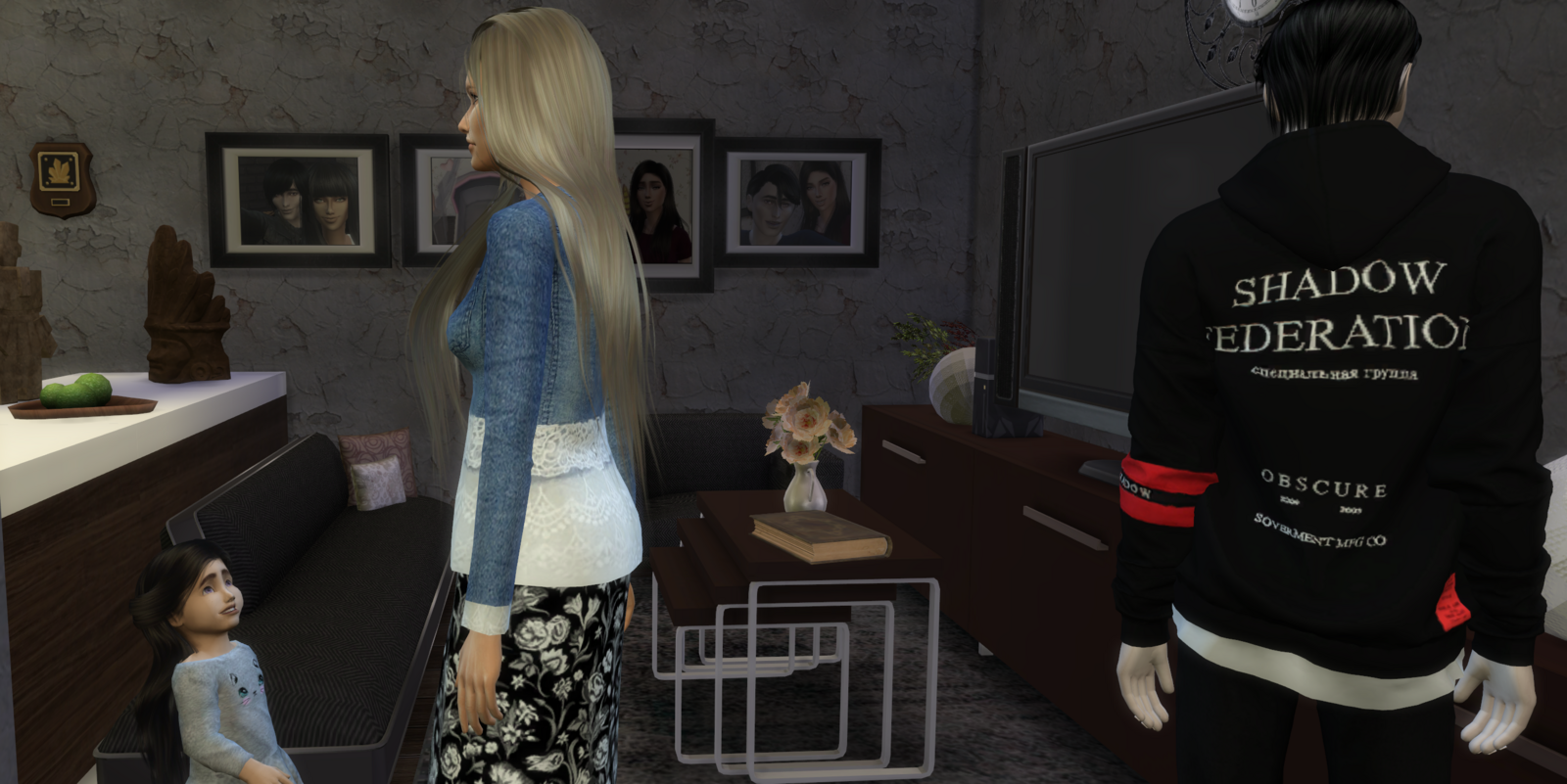 “Hmm. I see I have already been replaced. Wasted no time, did you, Heath?”
Heather said sharply, picking up her daughter, while Abby happily told her
“That is Sammy! She is REALLY nice!”

“I bet she is. Especially to your dad, huh? Did you knock her up yet? Or at least turn her?”
“Please contain yourself around the child!” Heath warned. 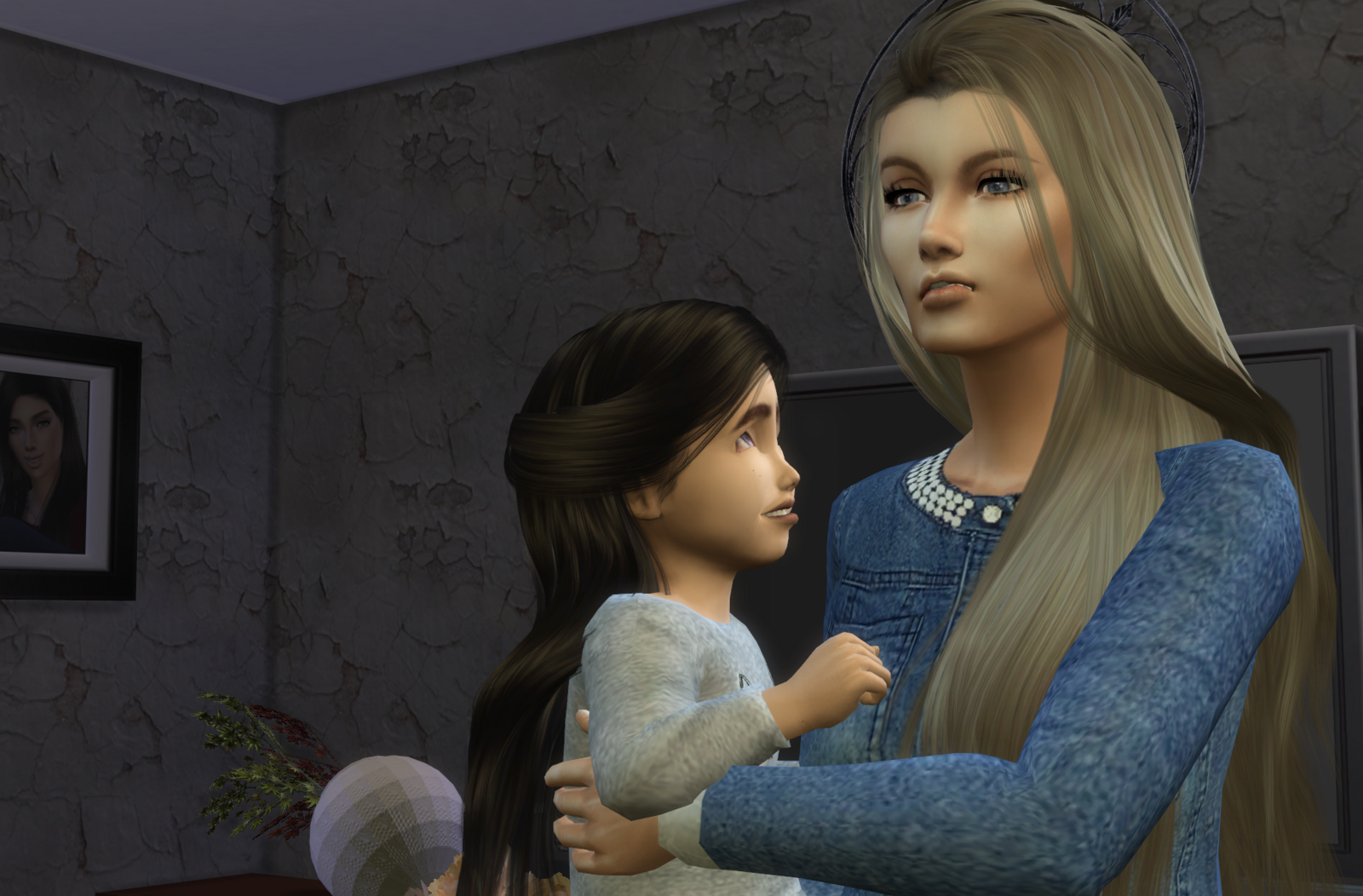 After another look at the pictures of Heath with Evey and Samantha on the wall, Heather put Abby down, then sat down on the couch.
“You are right. I am sorry. It is just … I have been thinking. A lot. I miss this. The house, Abigail, you. Heath, I really wished the stars would have aligned differently for us. I really did love you, I think I still …” 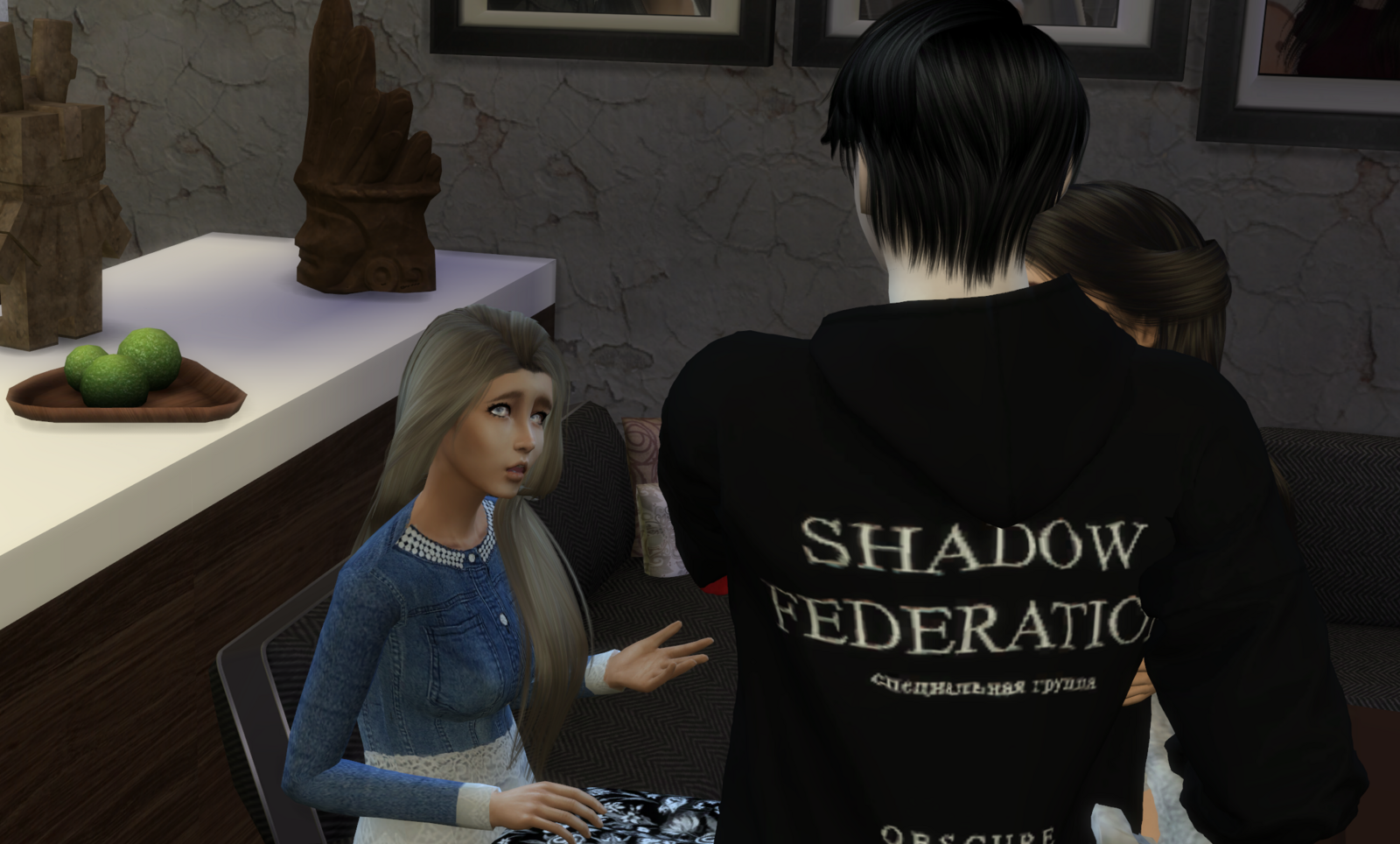 Heath picked up his daughter.
“Stop! I assumed you are here to see your daughter, so spend time with her, get down on the floor and play with her, read with her, help potty train her. Anything beyond that, anything concerning the decor of this home and above all ME is none of your concern! Your right for input ended the minute you walked out on me, on your daughter and our life together to be with another man! I know I am not much to write home about, but I am too good for THAT! I actually have plans now, so please leave and next time, please call ahead.”

She looked at him with those grey eyes that mesmerized him so.

“You know, I am not usually like this, never have been, but Evey’s wedding has me really wondering about our relationship.”
Her words caused Heath’s smile to vanish and his alarm bells went off.
“What do you mean?” his voice reflected his stage of concern.
“Oh, baby, no. Don’t freak out. I only meant, I never thought I would ever date a vampire, so I never paid much attention to what is fact and what fiction. Can you even get married? I mean, I know there are many married vampires, but you said some things about how you are different. Can you marry? Can we have children? I think I eventually would like a child with you, Heath, a little sibling for sweet Abby.”
“I can marry now, since Liam had me officially reclassified as an Old Breed vampire, I can get forms of identification, a regular job, … much like anybody else. But we cannot have a child. It’s complicated, and dangerous.”
Briefly he told her what happened between him and Heather, which obviously made Sam uncomfortable. When he finished, she gently stroked his cheek.
“So ultimately, if we want to make this into something real, something that lasts, I would have to be turned?” she asked, her facial expression neutral.
“Yes.”
“A big decision, everything changes and cannot be reversed.”
“Yes.”
“Well, you told me before that nothing in your life is normal. I guess I knew what I was getting myself into. Relax Heath, I am no idiot. Are there any vampires, maybe someone that was turned, not born one, who I could talk to?”
“Yes.”
“Did my cat get your tongue.” she joked in reference to his one syllable replies.
“No. Oh, ha ha ha.” he chuckled.
“Heath, I am crazy about you. My mind is already made up, I will do this for you, for us, and for Abby. But I do want to go into it knowing exactly what to expect BEFORE we do this. The reality, the full scope of things. Preferably I’d like to speak to a female. And I do not want to be that girl, but before I even consider it, I need to know you are in it for good. So you better start shopping for that ring, man.”
She kissed him, giggling, when he pulled a small box from his pocket and took her hand. 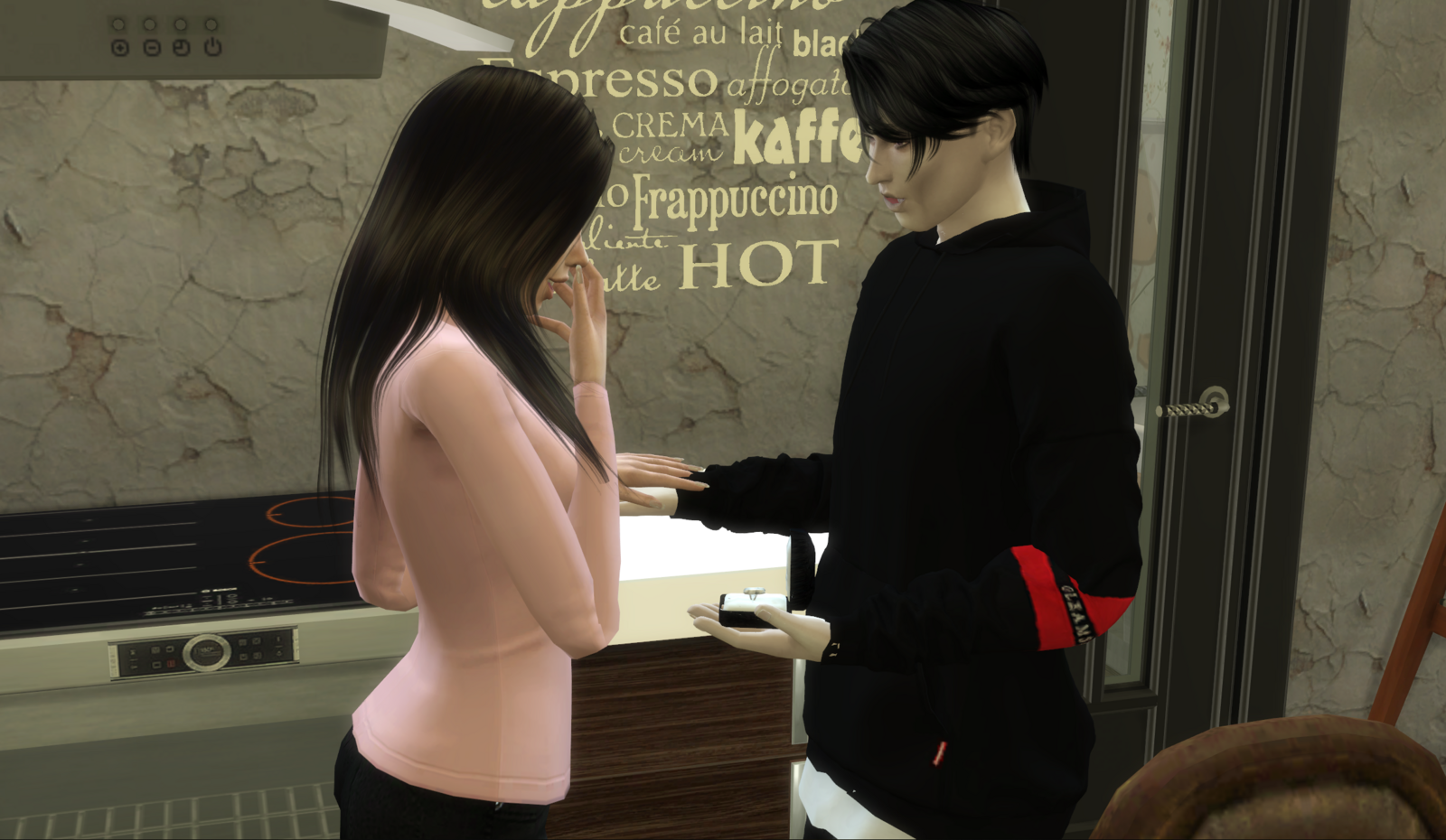 She laughed.
“Always prepared, huh? And here I was thinking you were just excited to see me.” she teased. 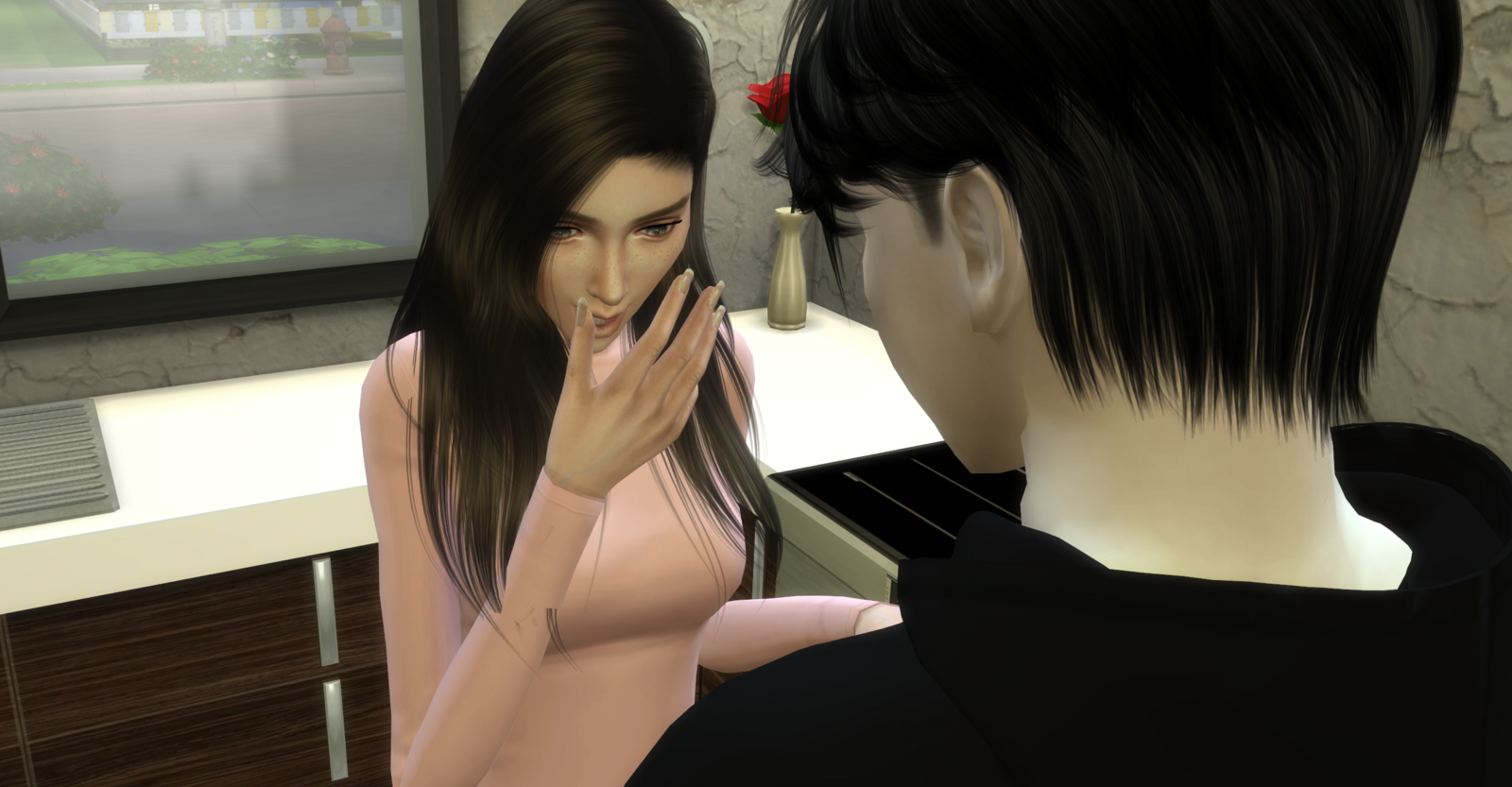 “Samantha Kaye Steward, will you do me the utmost honor and become my wife?”
he said, smiling, as he opened the little box, producing a ring with a gigantic diamond on it. 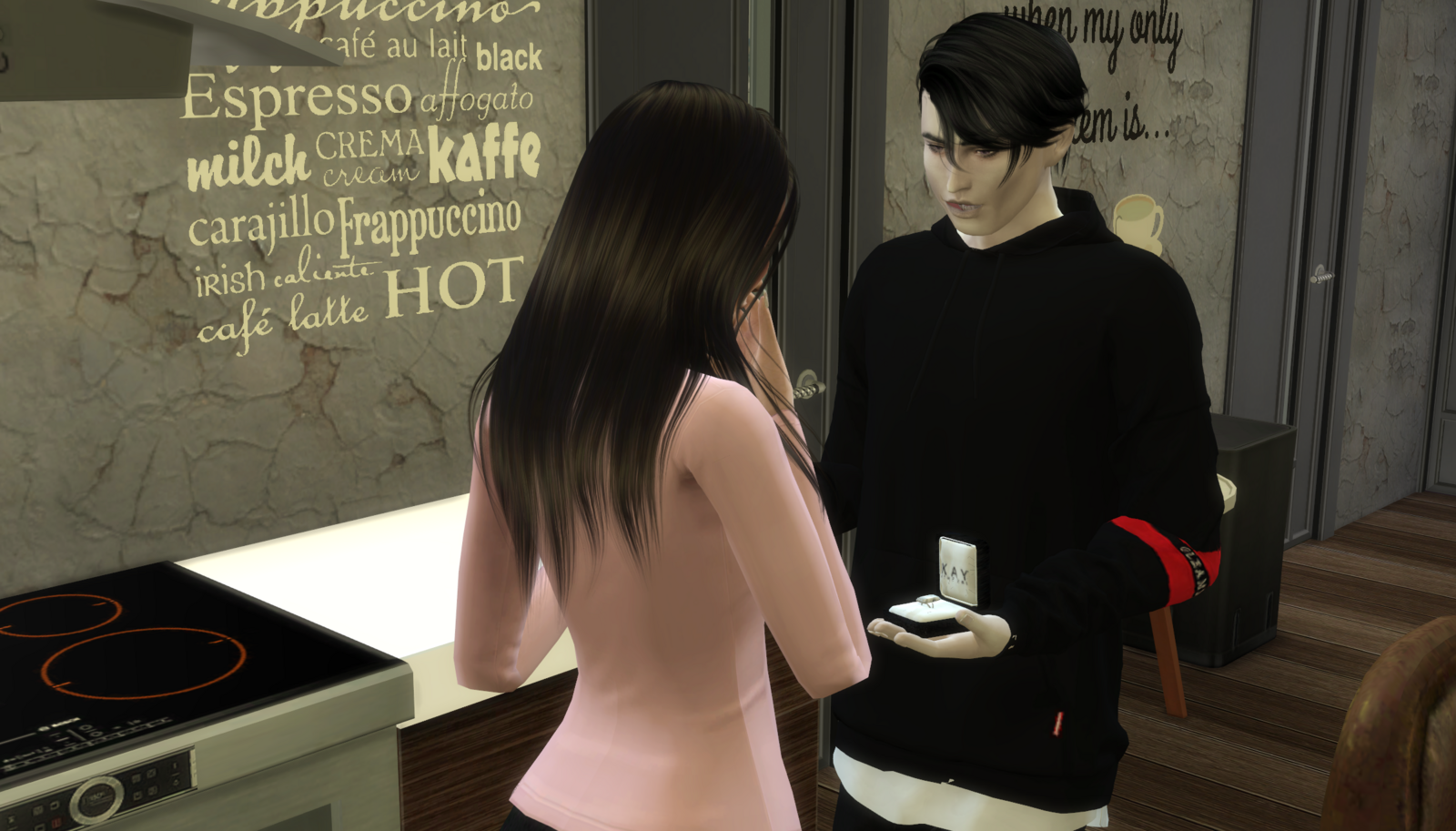 “I so want to say something funny or smartass right now, but do not want to ruin the moment, so here goes: YES! Yes, I will marry you, Heath, very very very much so.” 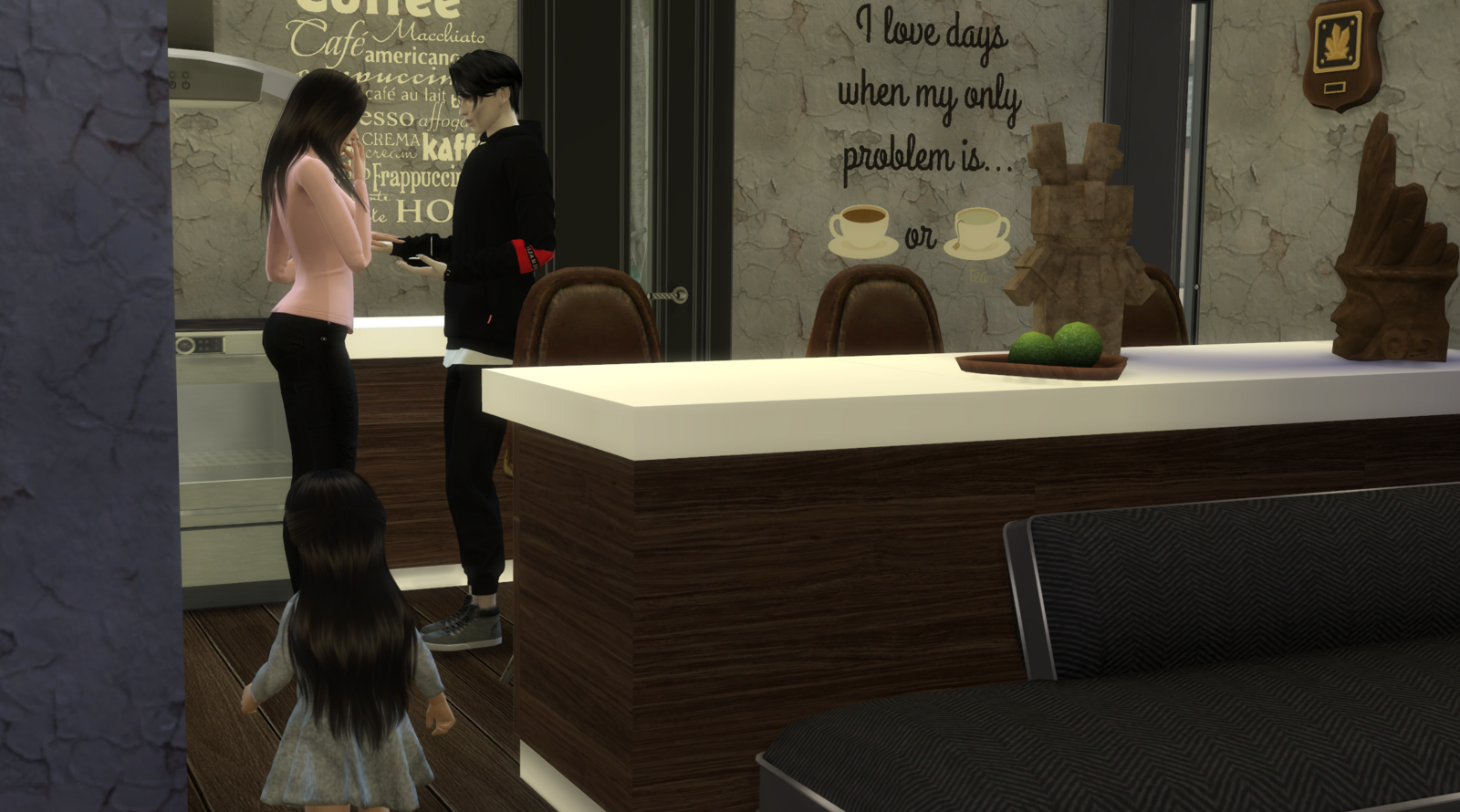 He placed the ring on her finger, still both smiling, then they kissed.
“You know how in movies the man always tells the girl how special she makes him feel? You make me feel special, too, of course, but you also make me feel normal. Absolutely normal, for a change, which if you knew my life is an even greater compliment.” Heath told her smiling.
“You are really just something else.”
“Daddy, Sammy, I want up!” Abigail had decided that now she wanted to be the center of attention.
Sam picked her up. 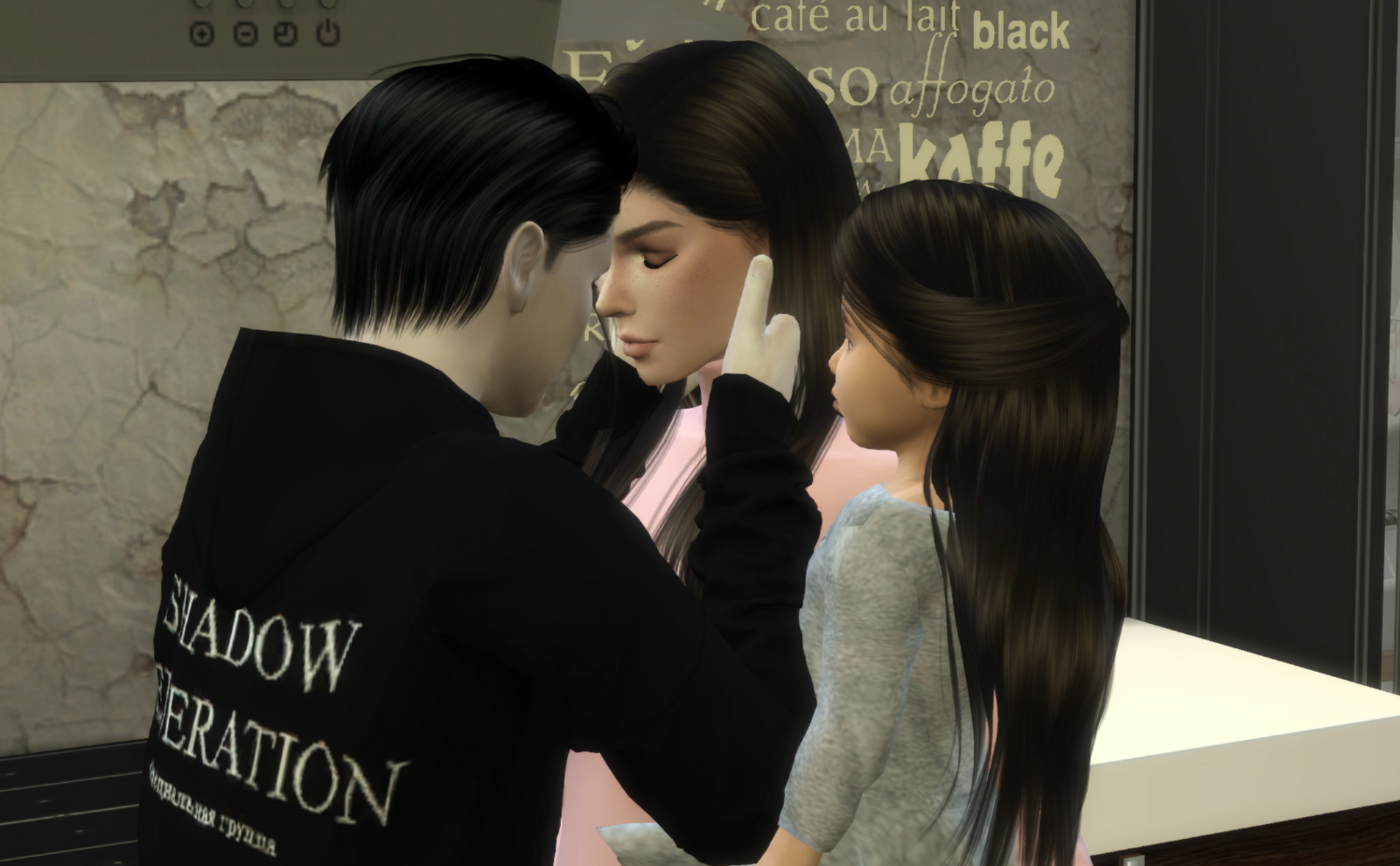 “Look what your daddy gave me.” she showed the ring to the little girl. 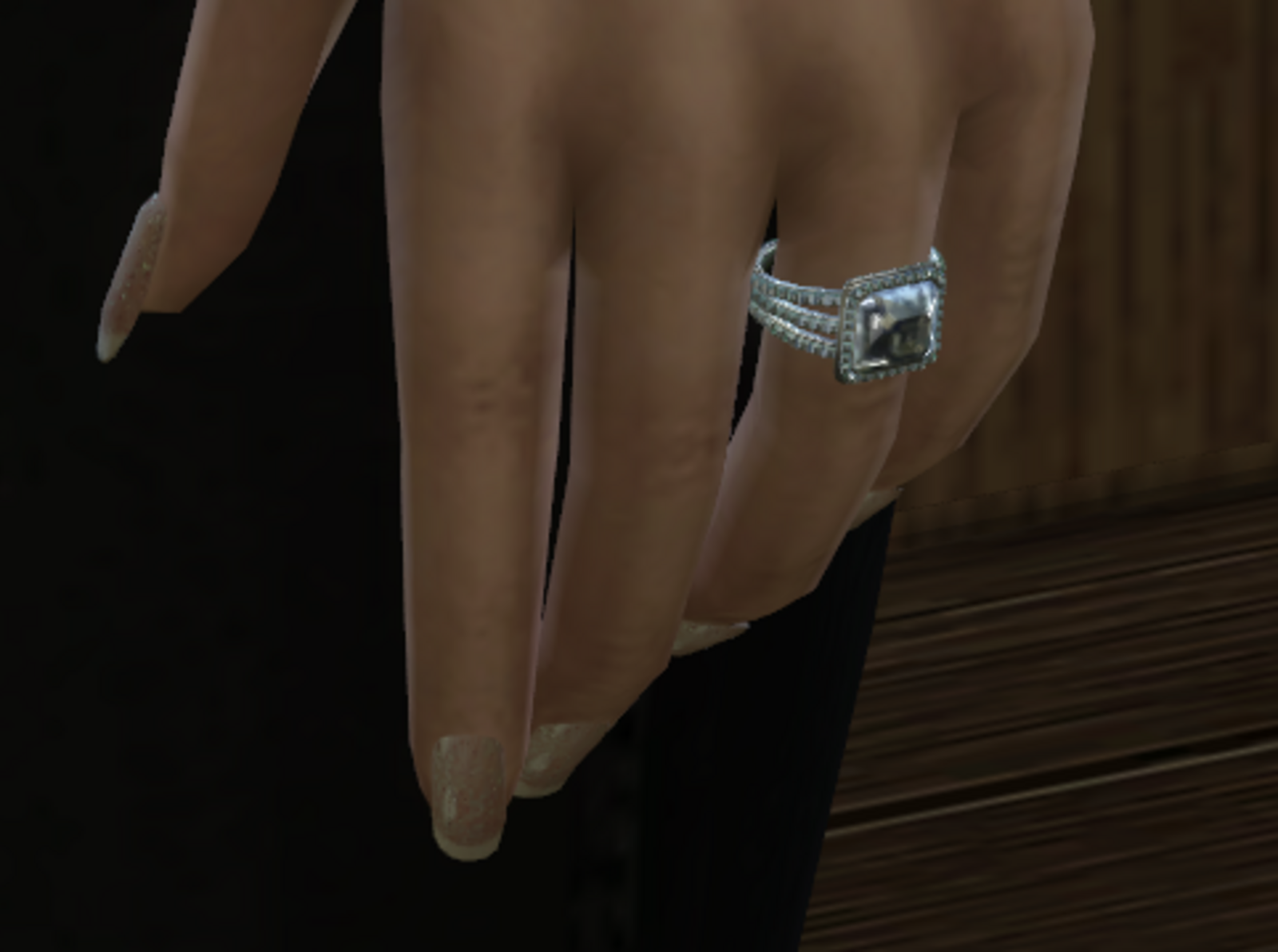 “I want, too!” she demanded, looking at the sparkly piece of jewelry.
“Not yet. You’ll have one of these one day, and that may already be too much for your daddy then, so let’s just give me some peace until that day comes.” Heath told her, never taking the eyes of his bride.

“Why?”
“Because your daddy loves you very very much.”
“Why?” 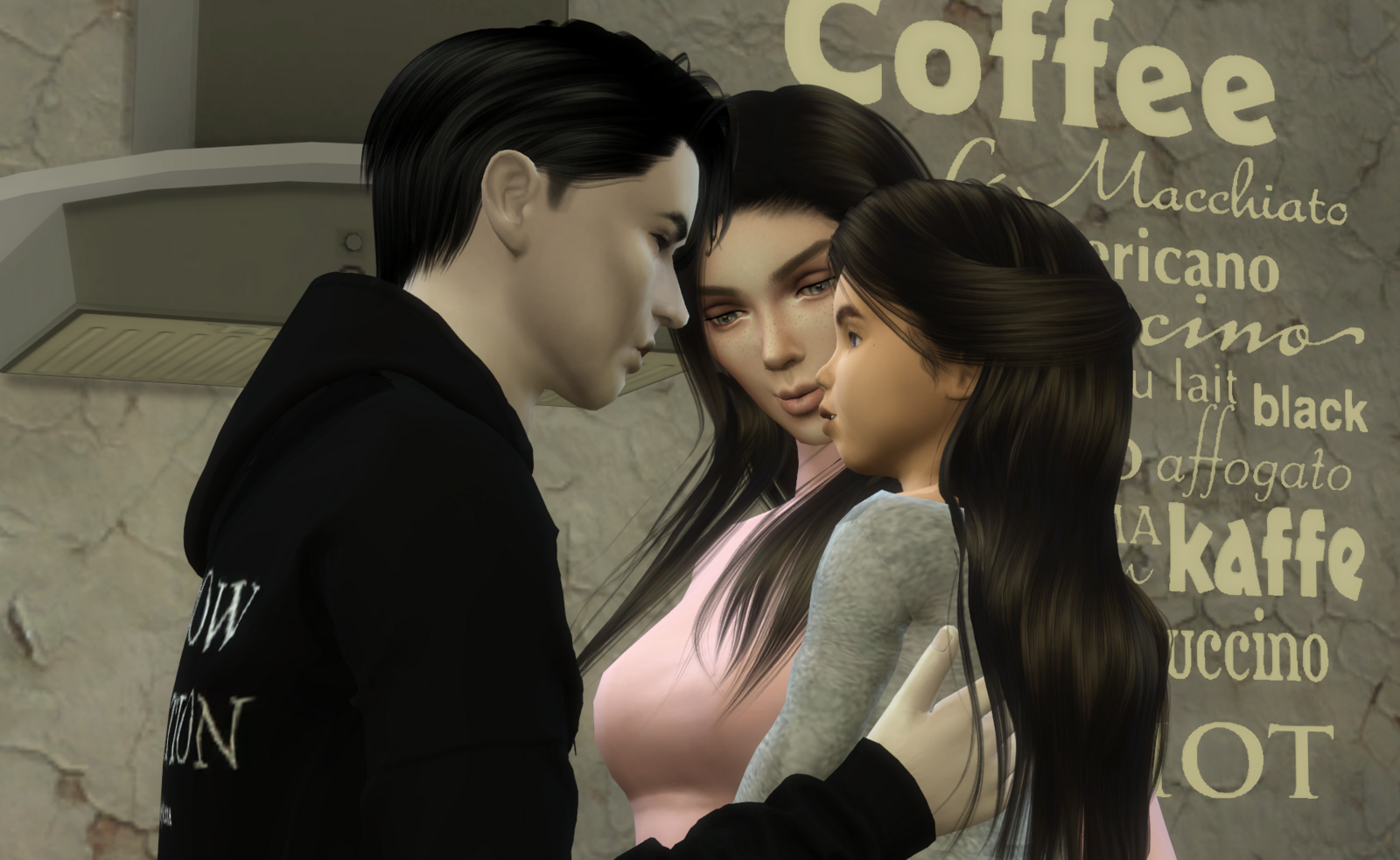 “I am wondering that myself currently, young lady.” Heath joked as he took her from Sam to put her down for her nap. As he was walking away with her, Sam heard her tiny voice
“Sammy has to live with us now, right daddy?”
“Would you like that, my angel?”
“YES!”
“Then daddy will make it so. Now off to bed with you!”

Samantha smiled. That baby had her daddy wrapped around her tiny little finger.
Heath returned.
“My daughter raised a valid point. Move in with me. With us. I hate it when you have to leave and you are already more of a mother to Abigail than her real mother ever was.”
“Why won’t you guys move in with me and Flora?”
“Your home has too many windows and no basement. I would, but can’t, not unless you want this to be a very short relationship with a sad ending.” Heath smiled, head tilted.
“I’ll call the realtor tomorrow. But you do know that I come with a cat, right?”
“I am sure we can find a way to squeeze Flora and her accessories in here as well. If not, my best friend happens to be an architect.”
“Oh, don’t you go bother Evey with any of this now. Poor girl is about to get married and has her plate full.”
“How about a double wedding? I am sure she wouldn’t hate that.”
“I am sure she would! A bride wants to be take center stage on her big day. You keep that mouth shut!”
“I think you may not know Evey as well as I do. All her life she, KC and I were intertwined. I think she may like this idea – a lot.”
“I am nothing but spontaneous. I can be in a dress by midnight, if I had to.”
“I am calling her now!”

Evey was fire and flame over the idea of sharing her wedding day with both of her best friends. One she married herself, one married his soulmate, all on the same day.
Blaine was happy too, meant one less wedding I – and I quote – would drag him to by any body part I could get a hold of.
Evey’s wedding had been scheduled as an evening wedding anyway, so Heath could be there. So all that really changed was that there would be two more people standing up before the priest. Just a little over one month left to go until that day.

The news were reason enough for the young generation to get together at the old hangout spot, Everett Heights, for a celebration.

Any problems were forgotten, at least for now, as even Isabelle and Cameron were in town and had joined.

It was fun. Everybody let loose.

Bonding, laughing, news were exchanged. Soon the lives of most present would change. Two of the girls were pregnant, meaning four would soon be parents, four others were about to be married. Two others, brother and sister, were trying to pick up the pieces of their broken family. And one, Massimo, just loved his single life too much to even dream of getting married, let alone reproduce just yet.

KC and Everleigh had much fun and nothing seemed to be able to get them down. When KC walked off looking for the bathrooms, he found an abandoned tent, which he later took Evey to. 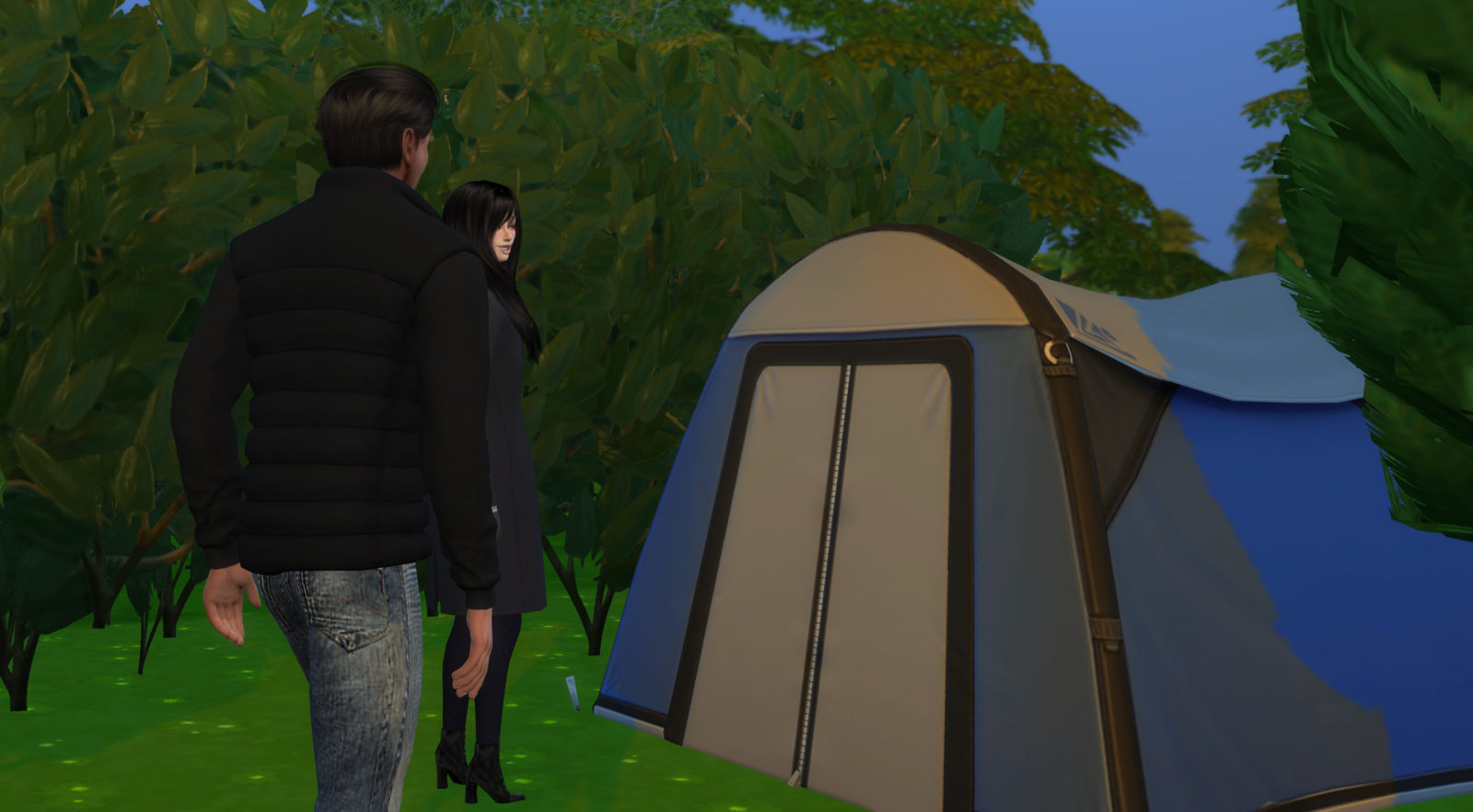 Giggling and blushing she gave in to his luring.

Little did either of them know about the significance of this very spot, where several decades ago a tent had been temporary abandoned and used for a romantic night by Liam and Leonie, long before they were ever married. The result of their union was Everleigh’s father, Everett, named after this very spot.