While several people were still either licking their wounds, the next bad news were already looming.

It started with KC getting a text by his cousin Lillian.
She wanted to see her son, Chance and talk to his foster parents. KC spoke to Liam and Leonie, who naturally agreed.
During the visit she began to cry, nearly inconsolably, begging them to outright adopt the child. Everybody thought she had a bad day causing a rash decision so they told her to sleep on it.
KC took her back to the trailer park, but her behavior left a bad aftertaste.

A few days later, he went to check on her and found her, hunched over on the floor, tourniquet still attached, needle in hand. 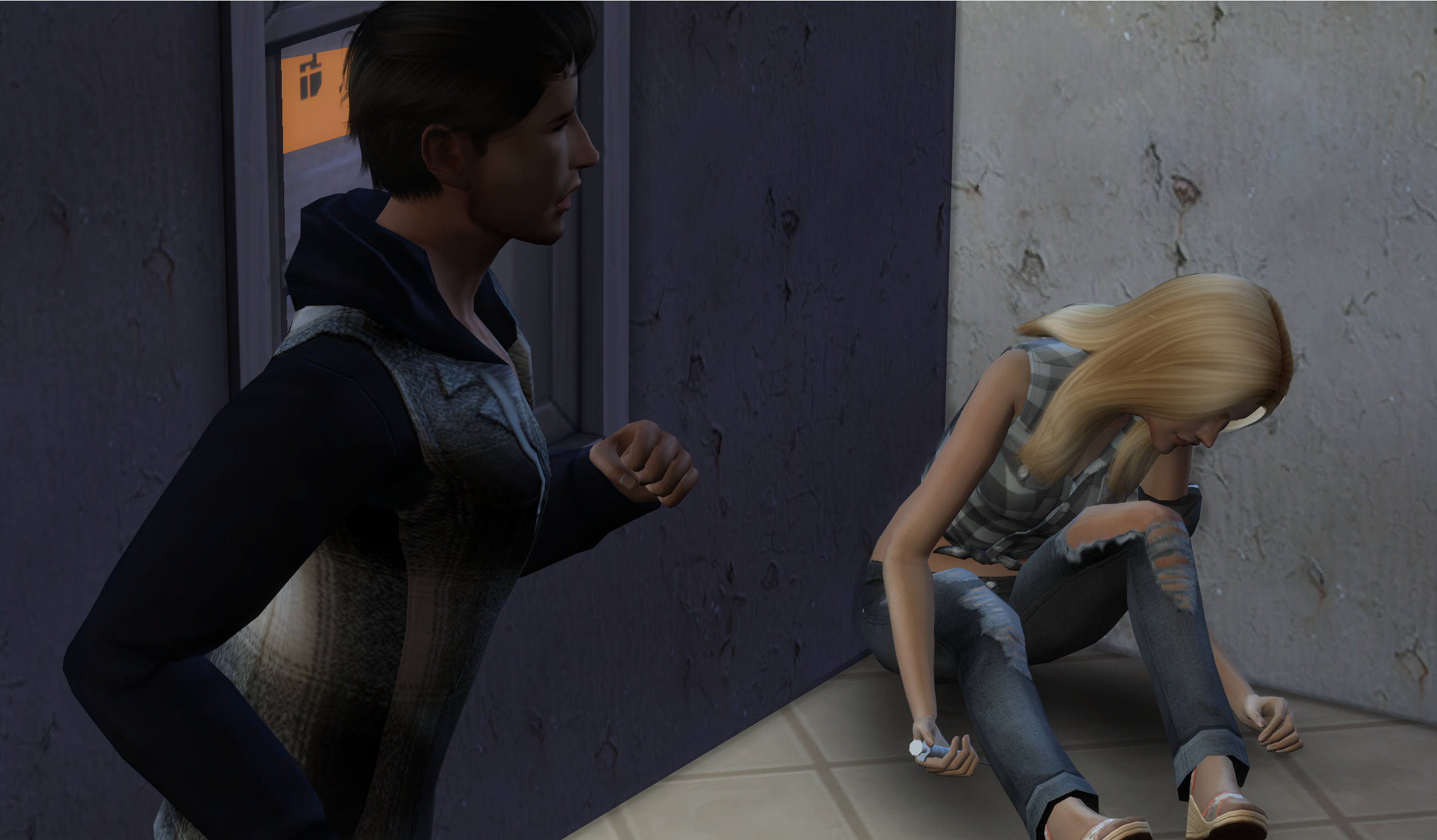 Overdose.
She was still alive, so he rushed her to the nearest hospital. 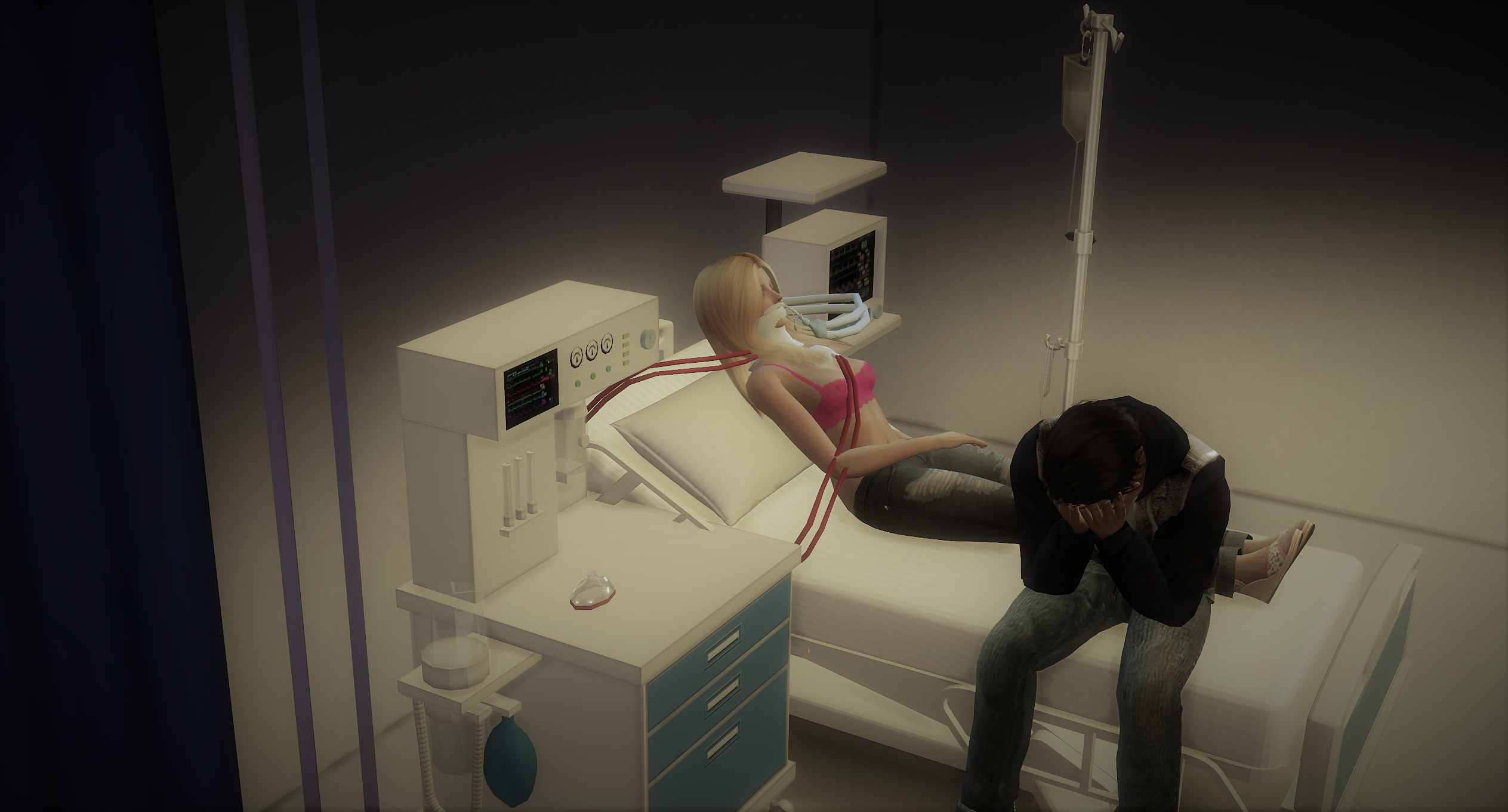 She barely made it. KC was devasted, worried and afraid to let her go back to that trailer park, but left with little choice. She refused to stay with him and Evey, refused a hotel.

Liam and Leonie paid for the medical care and offered to get her into rehab, which she passionately declined.

What she did do was ask for them to adopt the baby again.

They declined – again – worried that the child may be the one loose end to keep her trying to get her life in order.

When days later she was not answering KC’s texts or calls, he went over to the trailer park again.
She was not in any of the trailers, she was not at the strip club where she worked, finally KC found her behind the main trailer.

This time it was too late.
He could already smell the strange, sweet stench of decomposing flesh, accelerated by the hot, unforgiving sun of Oasis Springs, when he got closer he could see her eyes, still open, but glazed over reflecting the broken soul that had lived within.

KC barely managed to keep it together.

What happened next was all but a hazy memory to him, except the resulting nightmares he had for weeks, which were vivid as real life, he got through it all with Everleigh’s help, always by his side, patient, gentle and understanding. 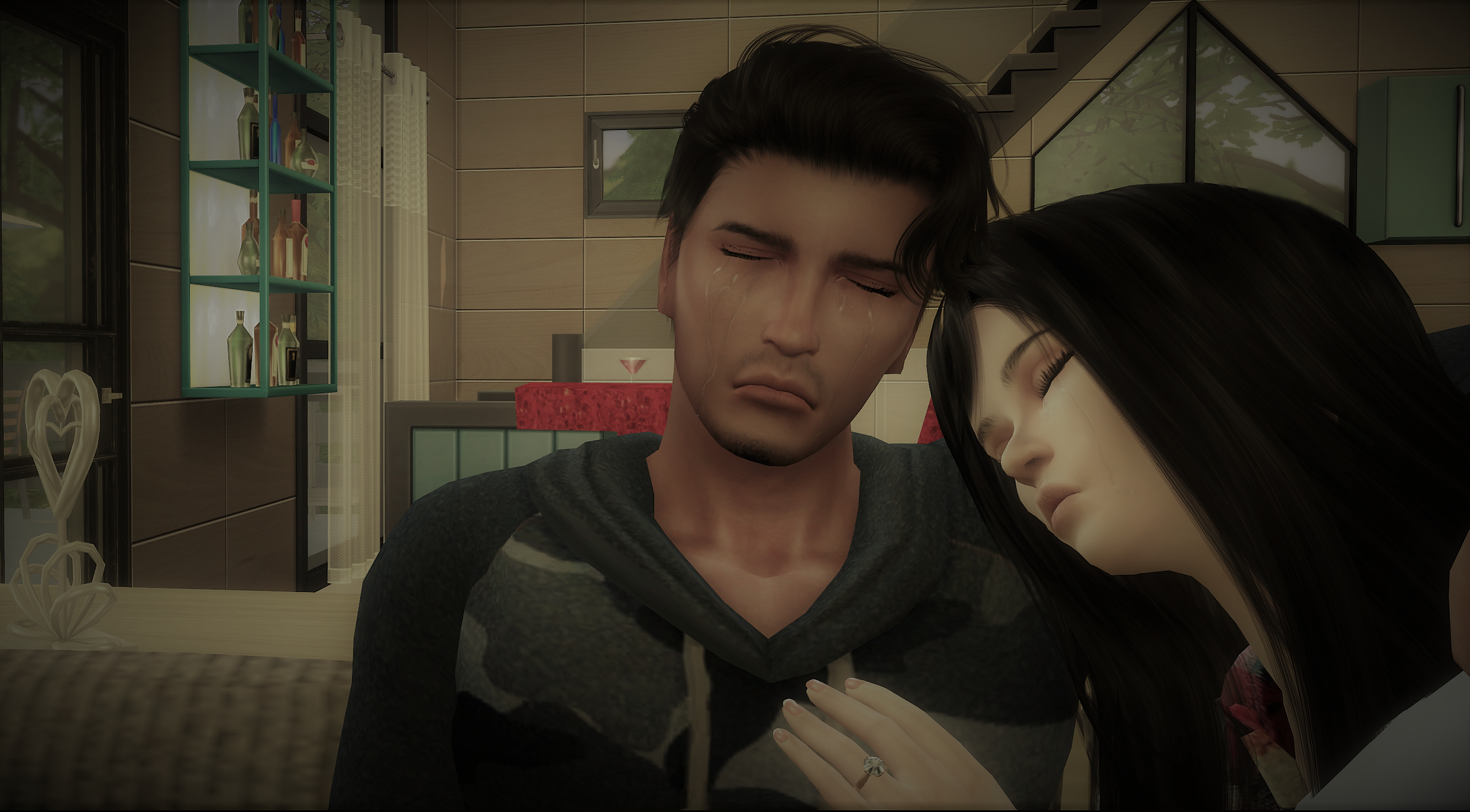 Until a letter arrived for him, from Lillian, obviously sent the day of her death.

It took him an eternity to get through it, and only with Everleigh by his side.

Dear KC,
do people even still write ‘dear’ in letters?
Anyway, when you get this, you have probably already heard that I ended it. If not, spoiler alert. No, it wasn’t accidental. I just could not bear my life anymore.
Not sure if anybody actually wonders why I did it, but if you did, it’s because I couldn’t ignore all the things that were wrong any longer. Yeah big surprise, I know. Everything in my life is fucked up, including me. Always has been, but I was numb until I was pregnant with Chance. Seeing you again, I felt hope for the first time in my entire life. Not for me, I knew I was too far gone. But for my son. Believe it or not, I love that child more than anything in the world. Maybe you too, cousin. You were always the only one showing me that not everyone is bad. You protected ME when I was a teen and you were the child, when it should have been the other way around. I have always been so grateful to you, even though I guess I never told you. And you have no idea how happy and proud I am that you made it out. You are doing so good now.
If you could do one more thing for me, a big favor, it would be to make sure the Camerons keep Chance, raise him. They are such good people. I lied when I said I didn’t know who the father is. I have been with a lot of men in my life, out of free will and not so freely. I cannot even count how many times I was raped in my life, even when I was still a young teen myself, and when I told my parents I got slapped for not making sure I got paid for it. But that one man I remembered, always. He was so different. We didn’t meet at the strip joint. I was out on a beer run when my shitty old car broke down. He stopped and helped me and we clicked right there. He didn’t know who or what I was. And he treated me like a gentleman. Well, obviously I am trash, I cannot even talk right, but he didn’t know how much trash I was. We fell in love. At least I did. Chance is a love child. Henry wanted to be with me, but from the sounds of it, his father is an ass too, and he chickened out. I don’t even blame him. I never told him about his son. Honestly, I do not know if I did the child a favor or made things worse. They are wealthy. I mean, really loaded, like the Camerons, which is why I wanted them to keep him, at least I didn’t cheat the kid out of a good life. Can you imagine me in some fancy ass house with like all those rules and shit? I have been sitting here for days wondering if I should tell you who he is or not, but what the hell. You have always been the smartest one of the family, I am sure you can figure out what to do with this info. Chance’s father’s name is Henry Blackbourne.
Look, I know this letter is shit, and I don’t know what else to write. There is so much I want to tell you, but I cannot stop bawling as is, so keep doing what you are doing, not just for you and Amy, but also for me.
Your trashy cousin,
Lilian

With tears streaming down her face Evey said
“She still got my name wrong.” 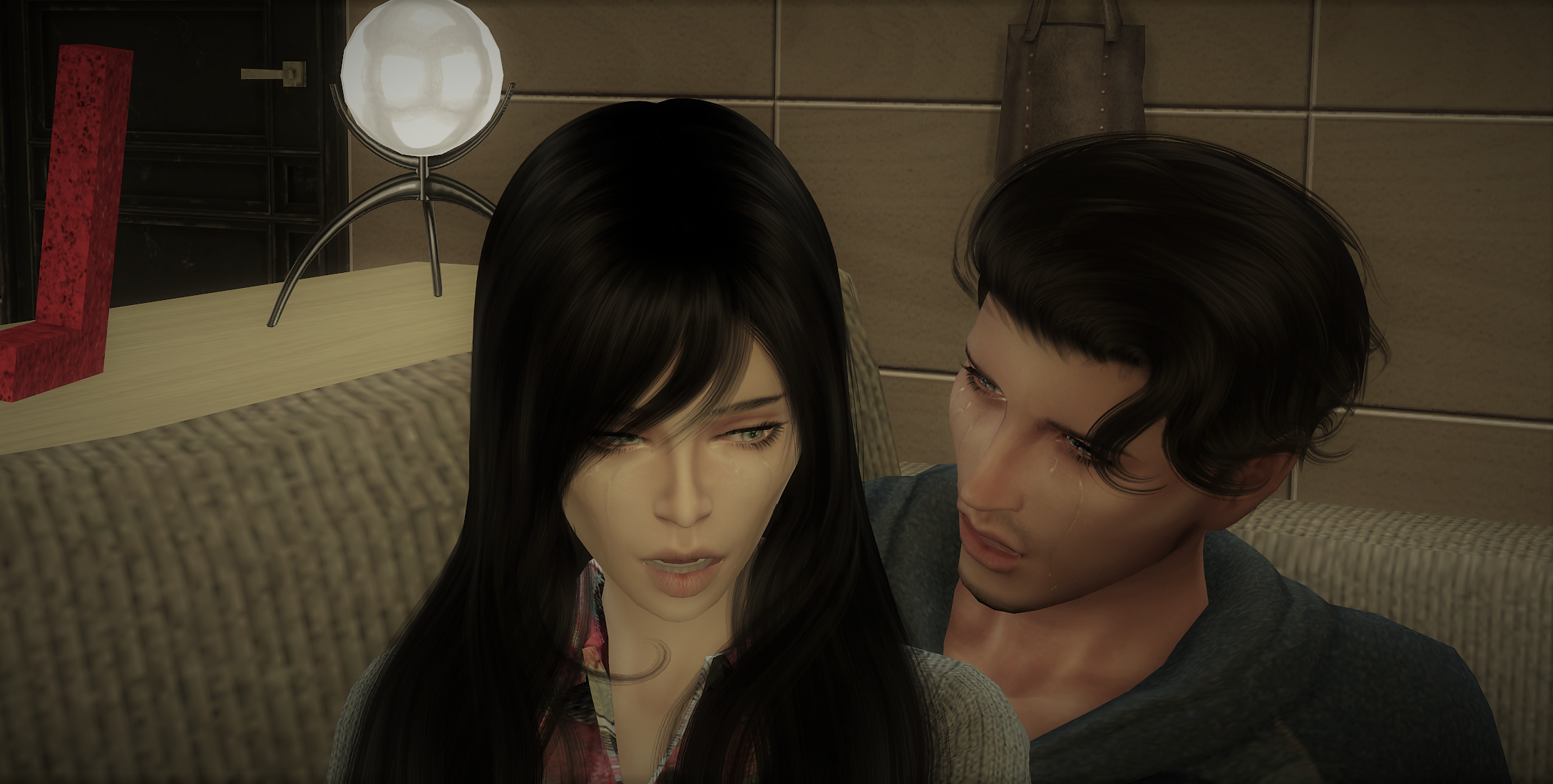 That made KC chuckle a bit, when he told her.
“She spelled her own name wrong too, if that makes you feel any better. Should be two “L”. And now you see why I go by KC, harder to screw up two letters. She did write that I was the smart one of the family, and you know what kind of uneducated dumbass I am.”
Both burst into laughter while still crying. 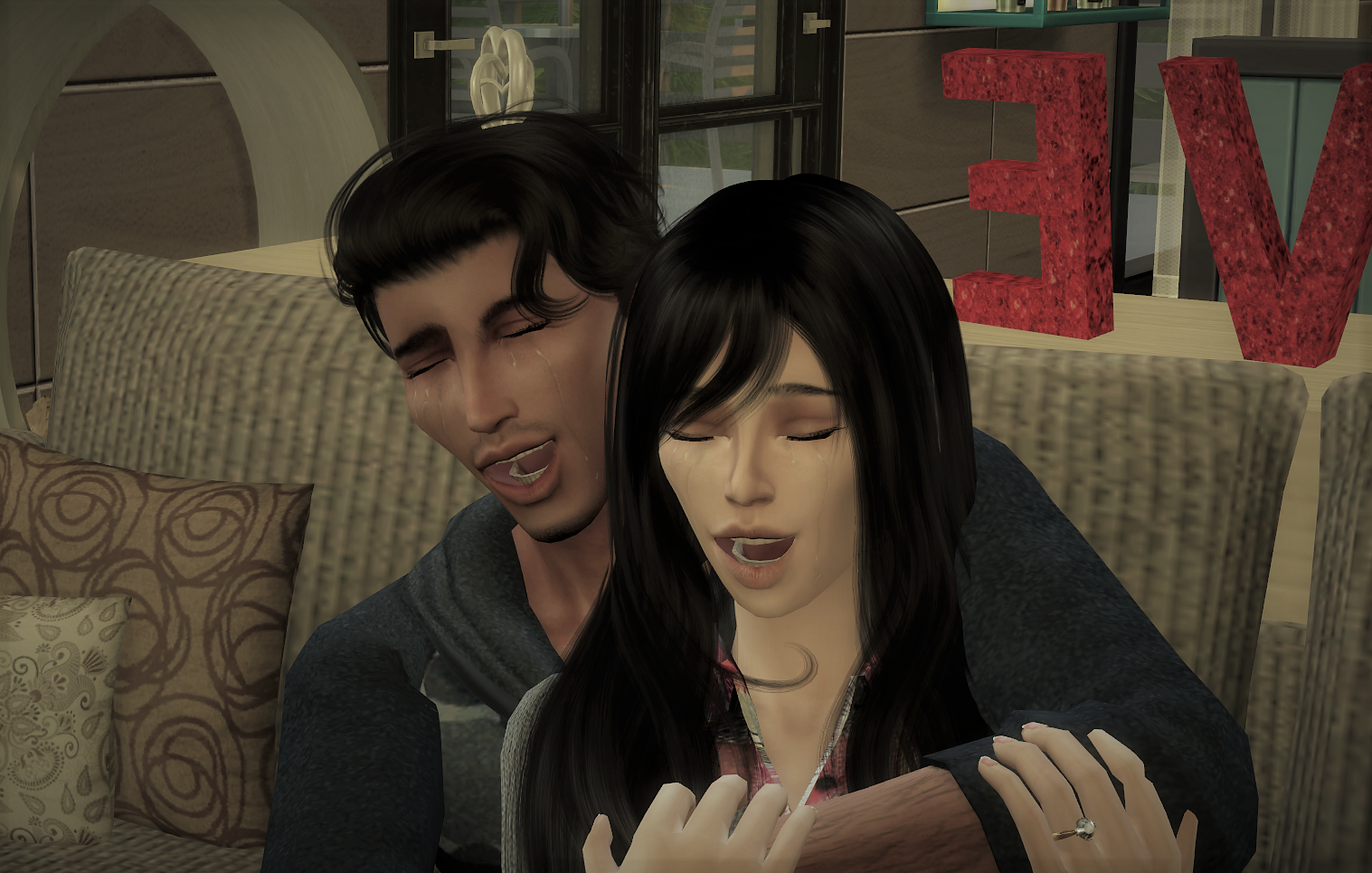 Suddenly he got very serious, as he pulled Everleigh onto his lap, buried his head into her hair for a while before he told her. 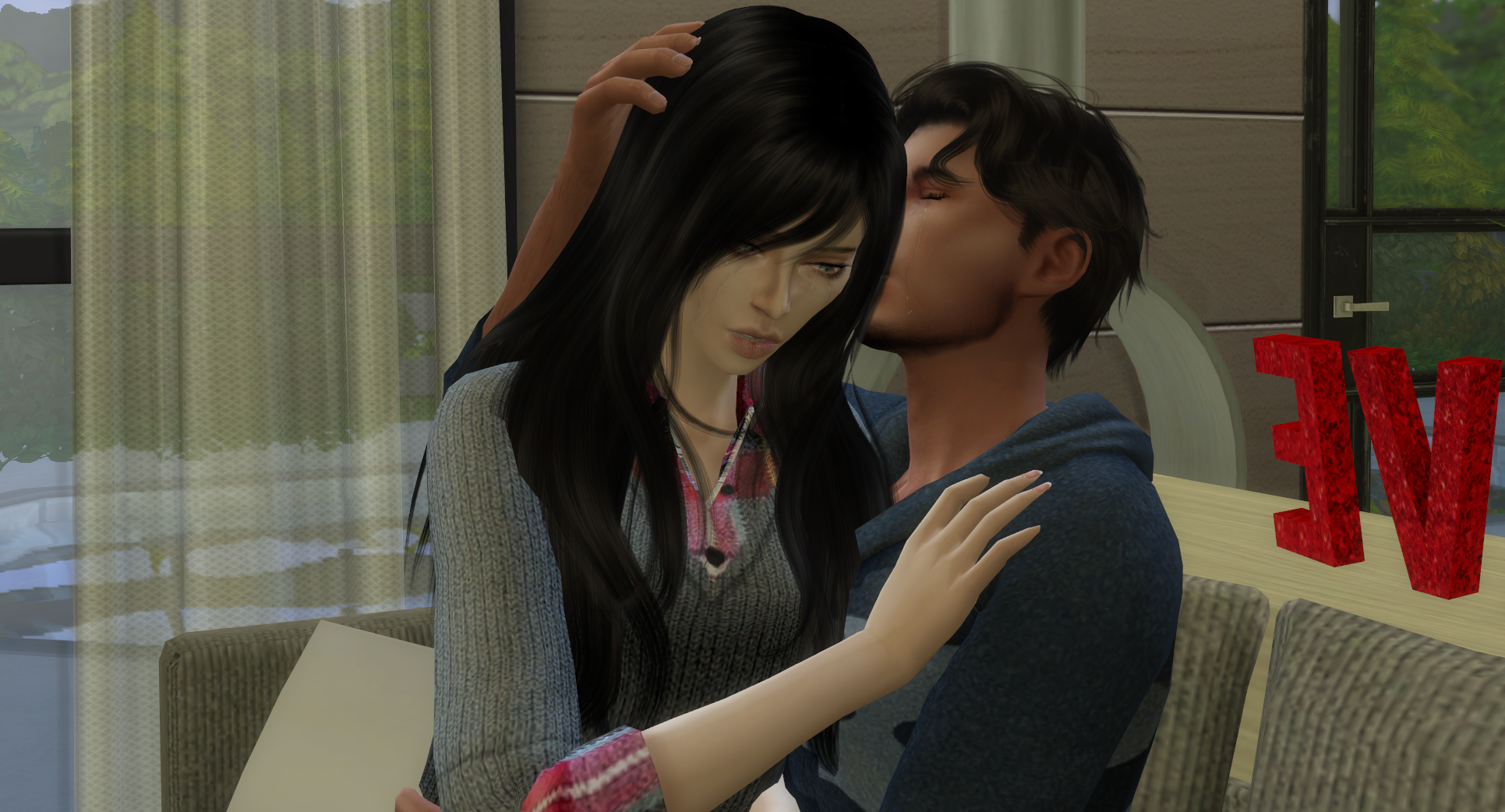 “You do realize that that could have very well been my story, right? Had I never met you, had your grandfather not given me a chance … I would probably not be sitting here – or anywhere – at this moment, Evey.”

Her funeral was brief and sparsely attended. The only blood relatives that attended were KC and Chance, in the arms of Leonie. Neither the Cullen’s nor the McCoy’s came.
Not surprisingly did the Cullen’s not even attempt to take Chance from the Cameron’s so Liam and Leonie just kept him in foster care just like before.

When spring granted the first warm, sunny days, KC and Everleigh went back to the woods for an extended weekend away, to brush off all the drama of the past months and just be together one on one.

“Look at you, city girl. You could almost pass for a hiker.” 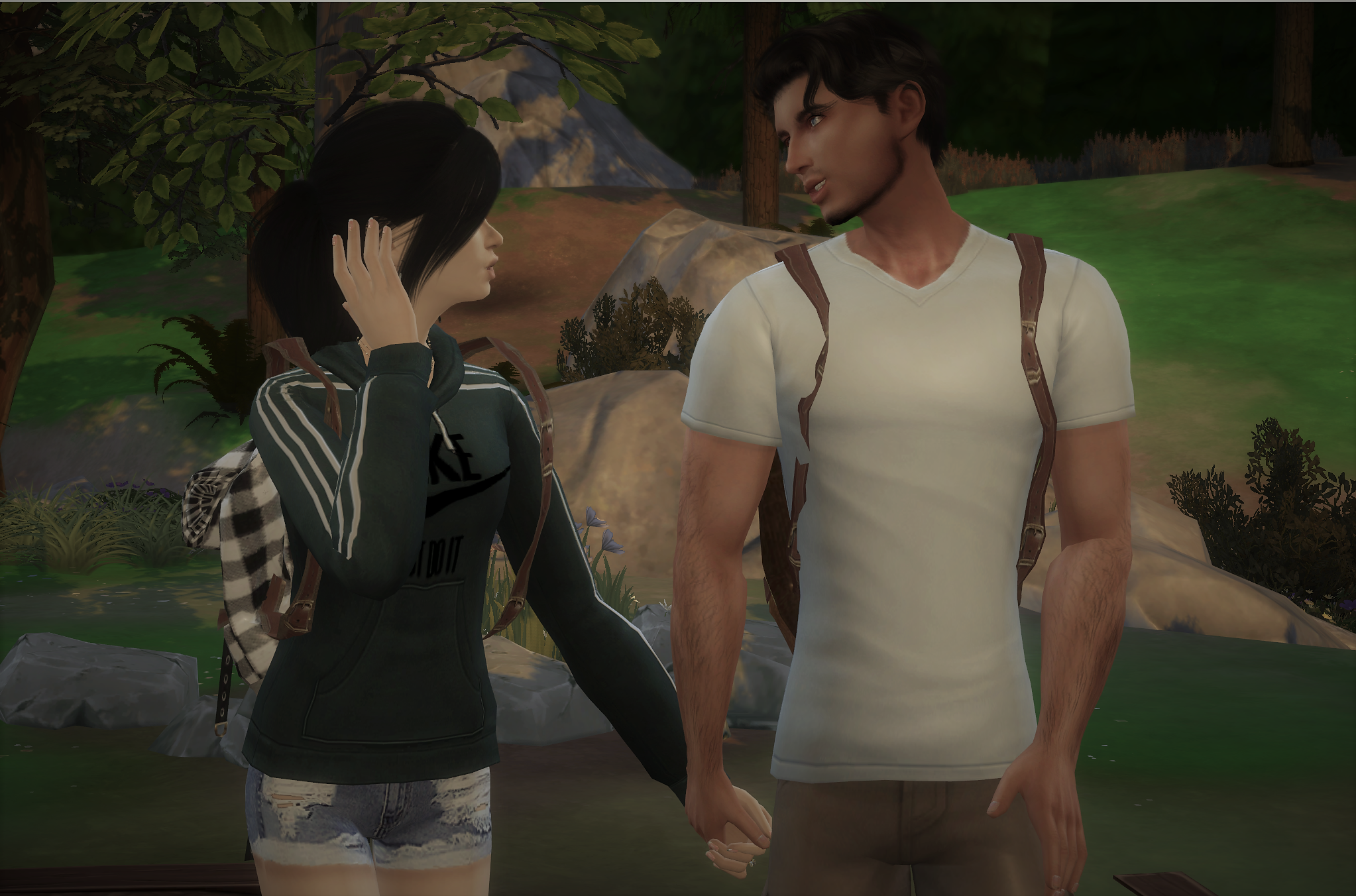 “Look at you, that could have almost passed as a compliment.”
“That WAS a compliment!”
“And just as a reminder, I am NOT a city girl. I was born and raised by the beach. So there!”
“You showed me, Malibu Barbie!”

They spent most of the day exploring, holding hands, making out, just being a young couple. When tired, they would stop and eat their packed lunches, one afternoon was spent fishing and then grilling the catch for dinner.
Every once in a while, especially if he was up before her in the mornings, Evey would find KC deep in thoughts, and the expression on his face made it easy to guess he was sad about the past events. 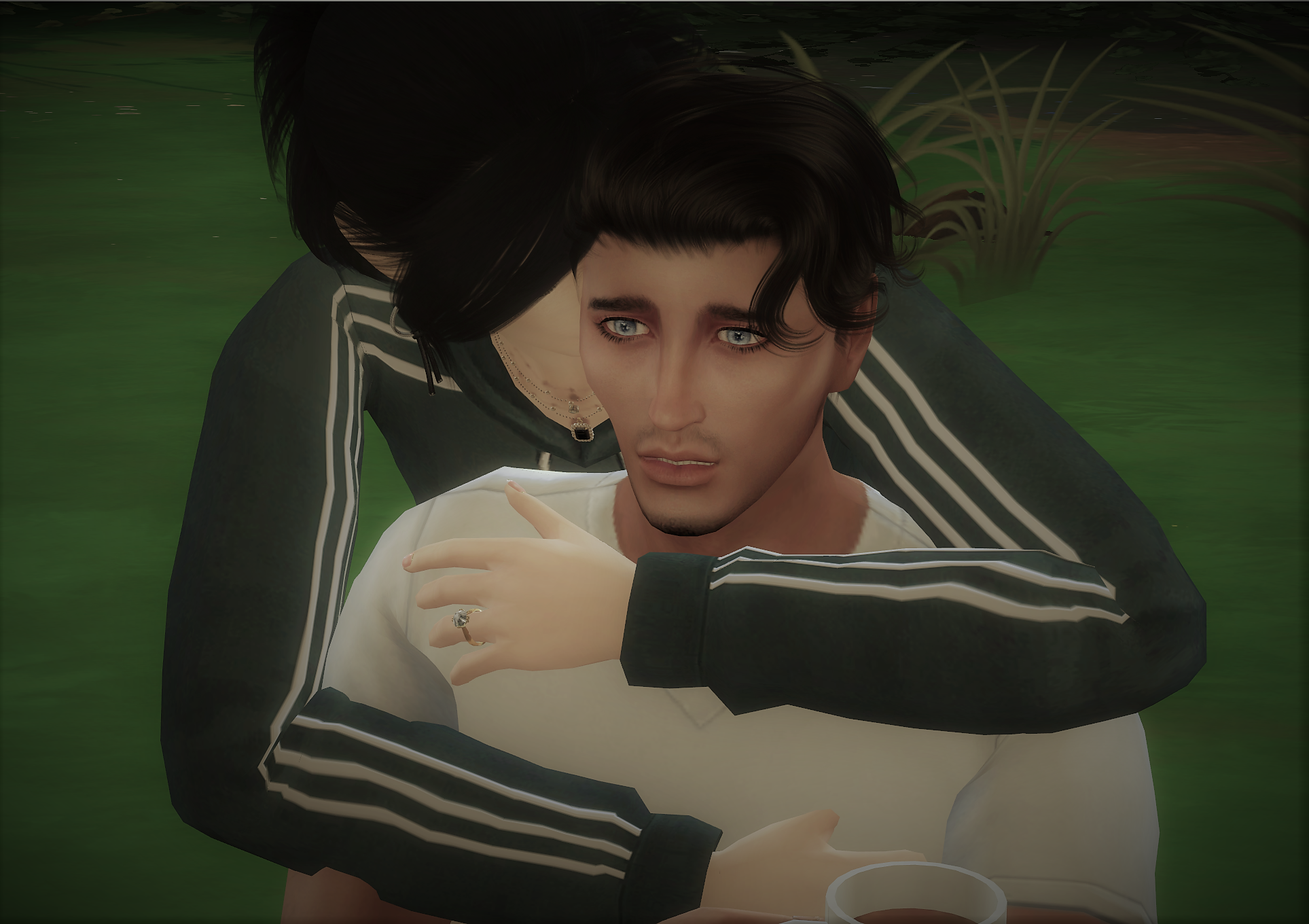 “I just cannot stop thinking that it could have been me, Evey.  I could be in the ground now, after a desolate life that I chose to end.” 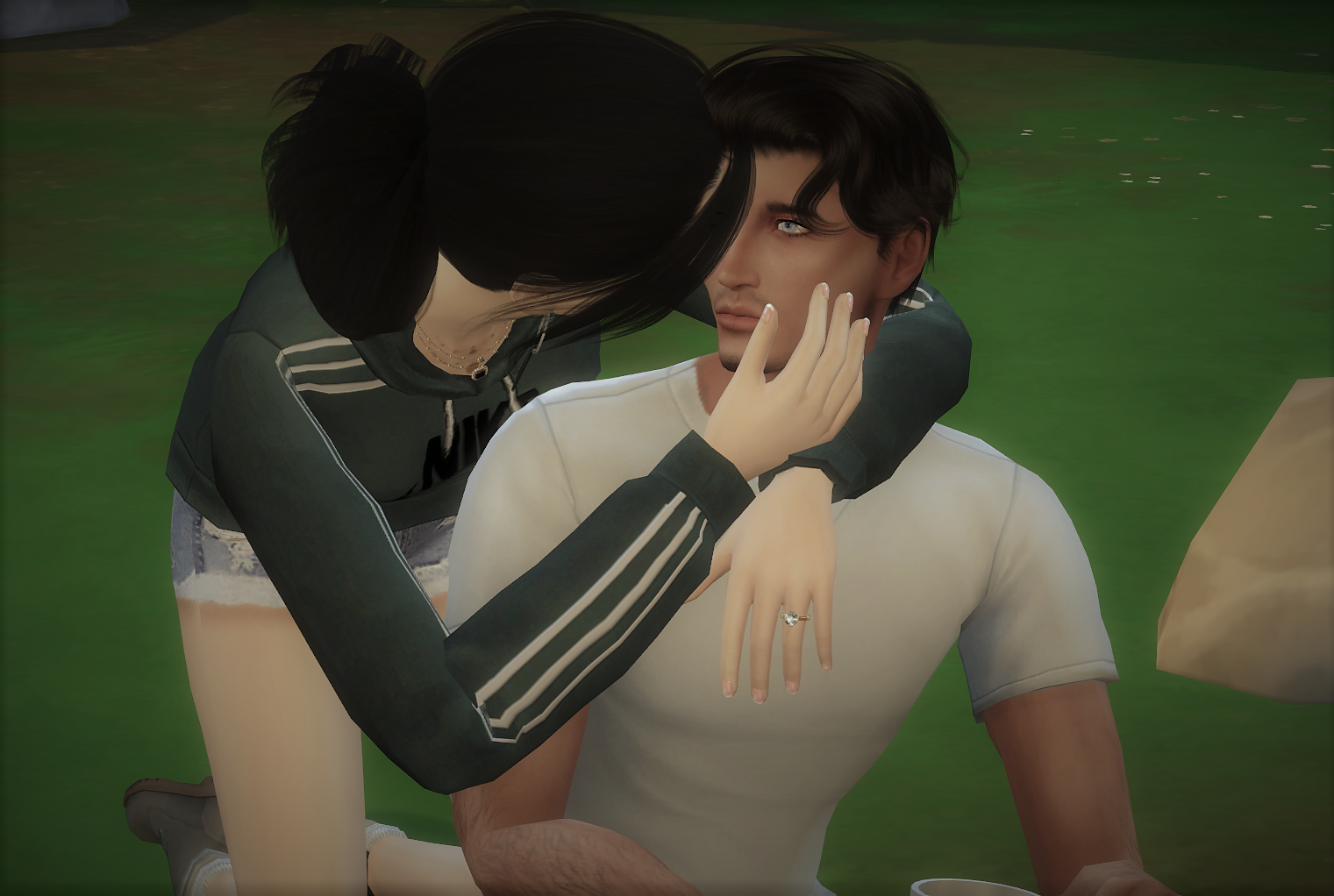 “But it wasn’t, KC. You lucked out. Thank goodness everything happened the way it did for you, for us.” 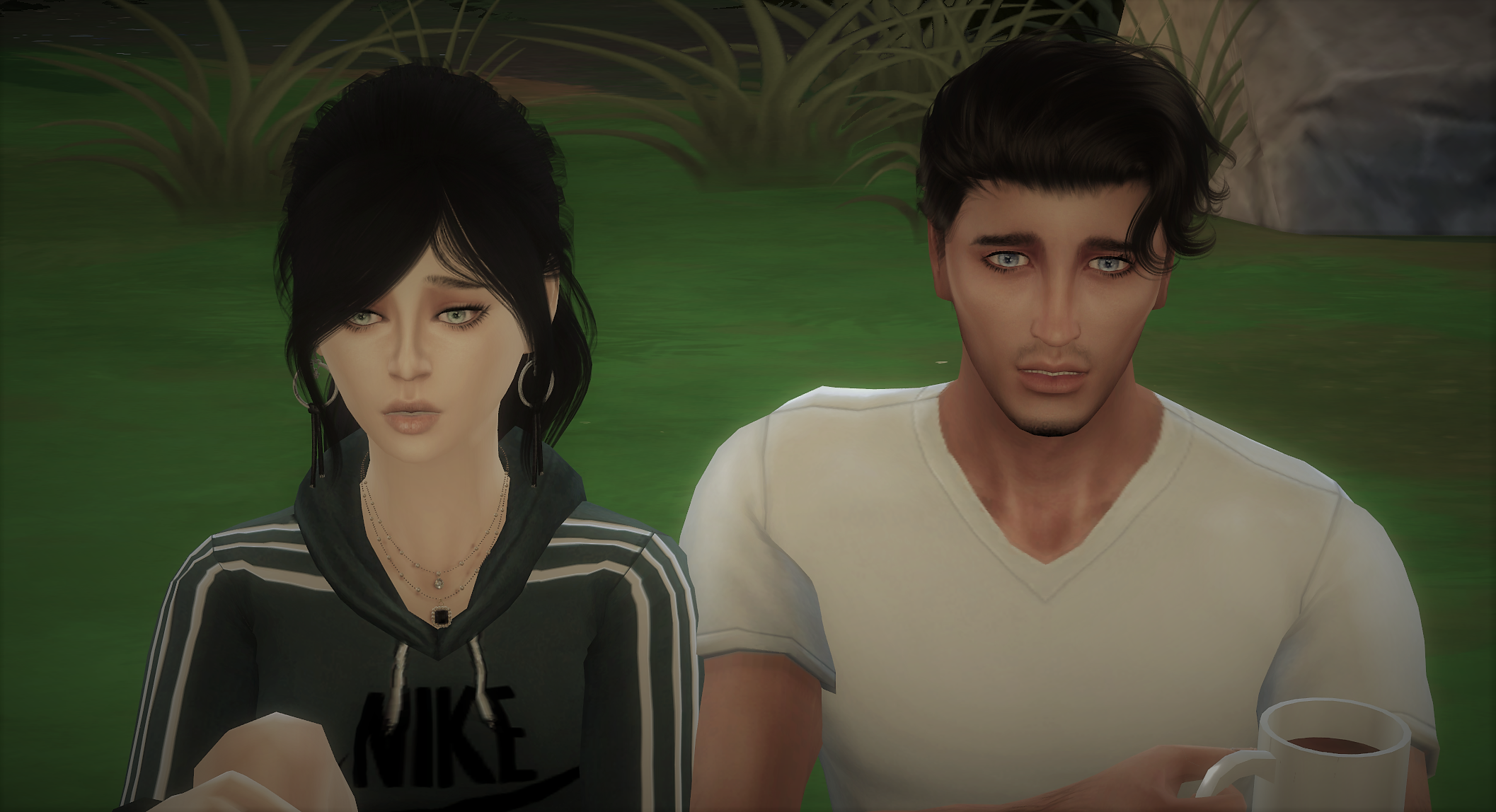 “I know I came pretty close a couple times …”
“Let’s change the topic, please. Is there more where that came from?” she pointed at his coffee mug.
“Nope, that’s what you get for sleeping in.” he smirked.
“Ah yeah? Watch and learn!” she grinned back. 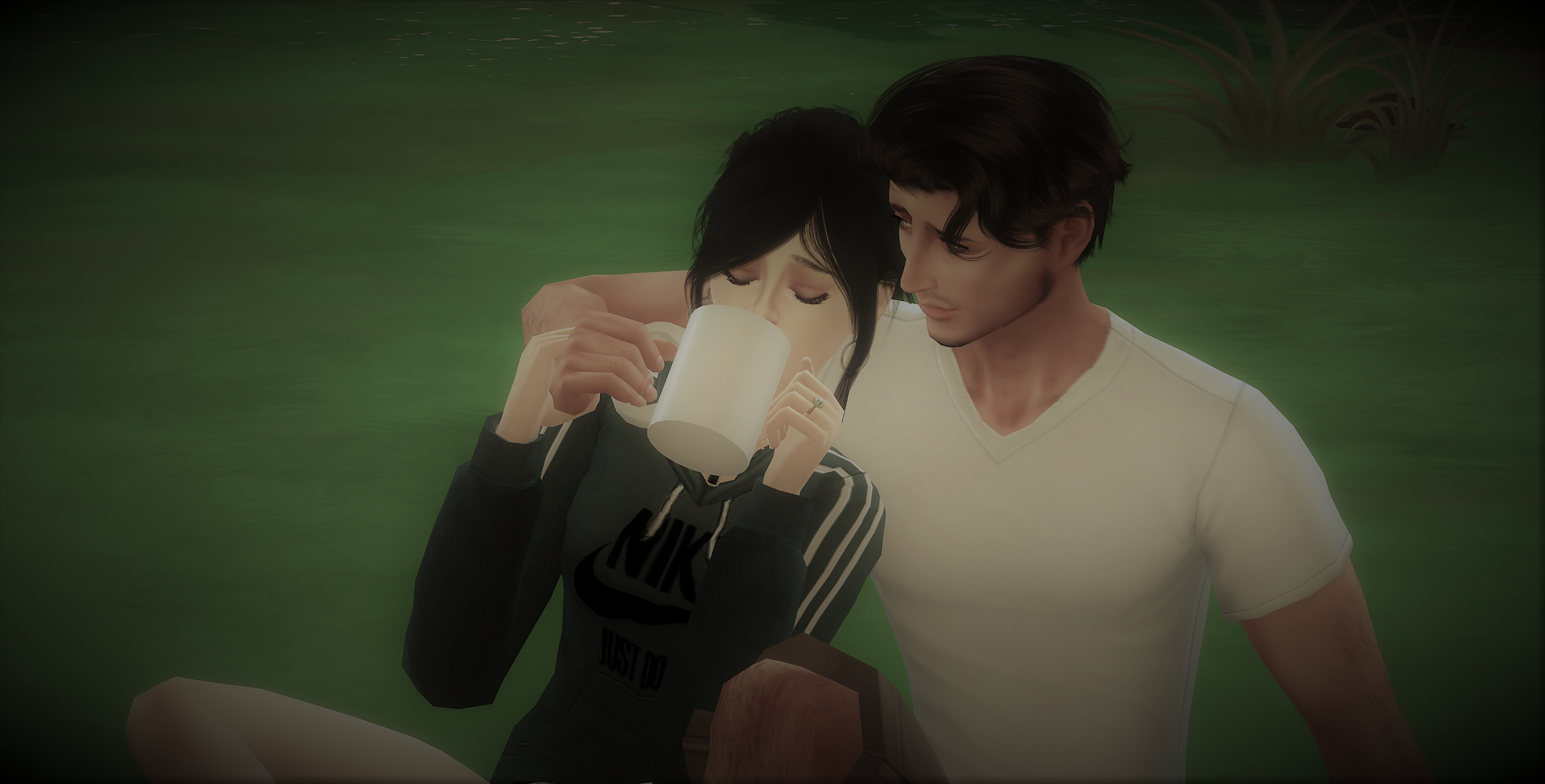 One day on one of their hikes, KC became serious of a sudden. 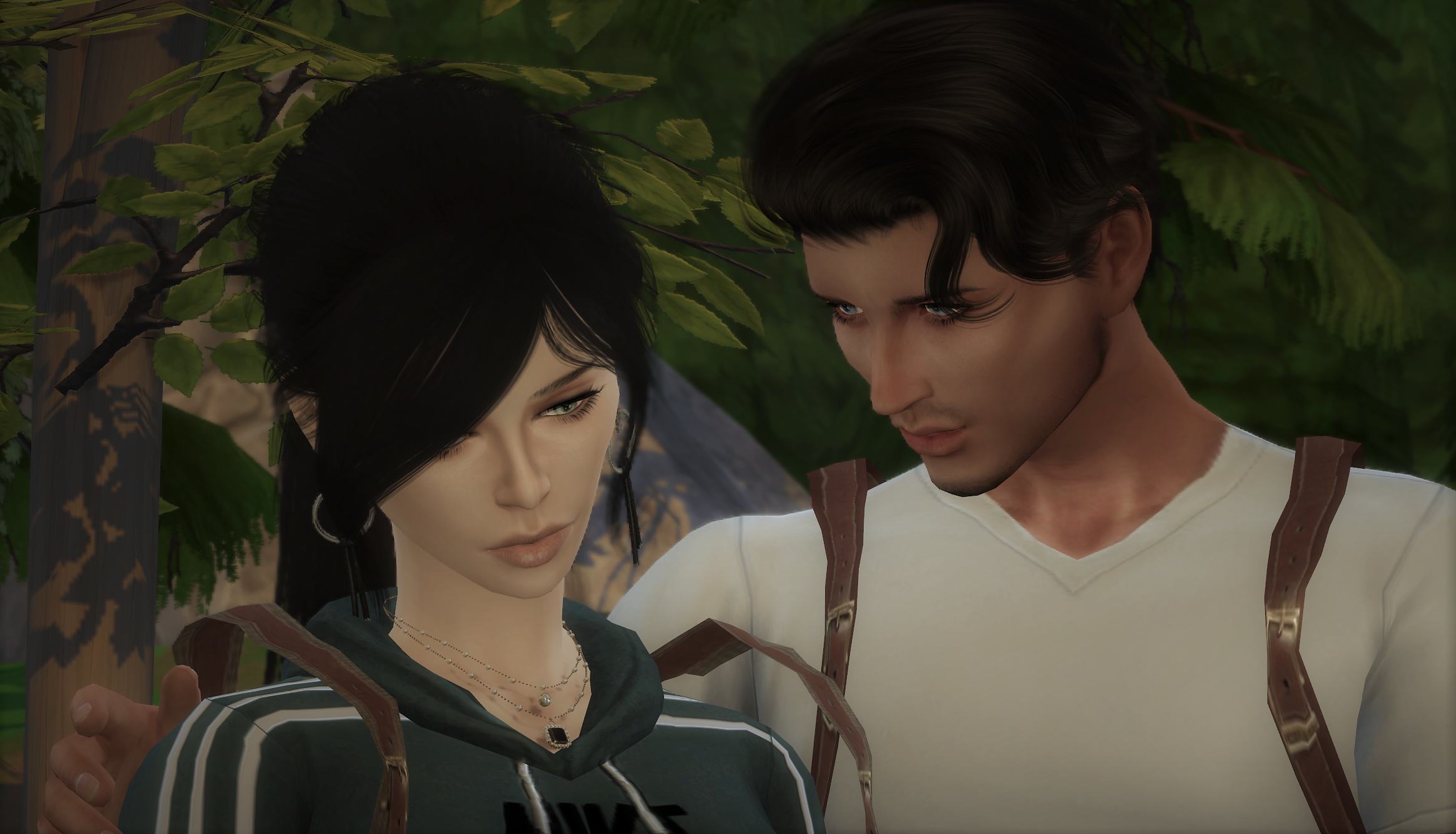 “This trip is more amazing than I dared to hope it would be.”
“Yeah, I am really sad that tomorrow we have to go back home. Bummer!”
“I love you Everleigh Rose.”
“I love you too, Kieran McCoy.” Evey giggled, knowing he hated being addressed with his full first name, but he barely even acknowledged it this time.
“Marry me, Evey.”
“Aww – I know you are a few years older than me, but …. you already asked me that. Twice. And I said yes both times.”
“I meant, let’s do it. Let’s set a date. Be my Mrs. McCoy.” 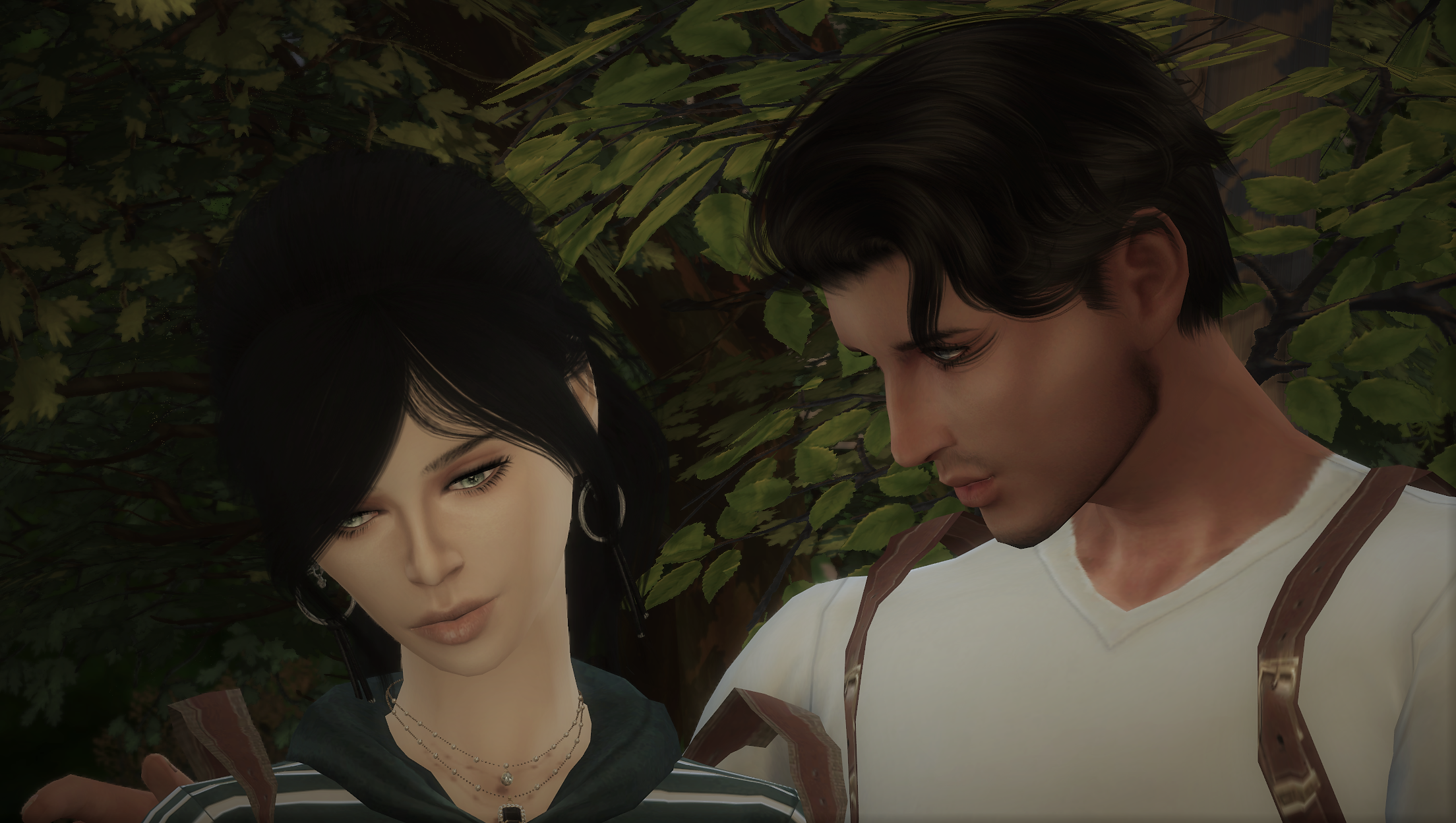 “Oh – wow! Okay .. let’s do it …let’s set that date!” taken by surprise, yet unwilling to hurt him with her hesitation like the first time when they got engaged, she agreed.
They kissed. 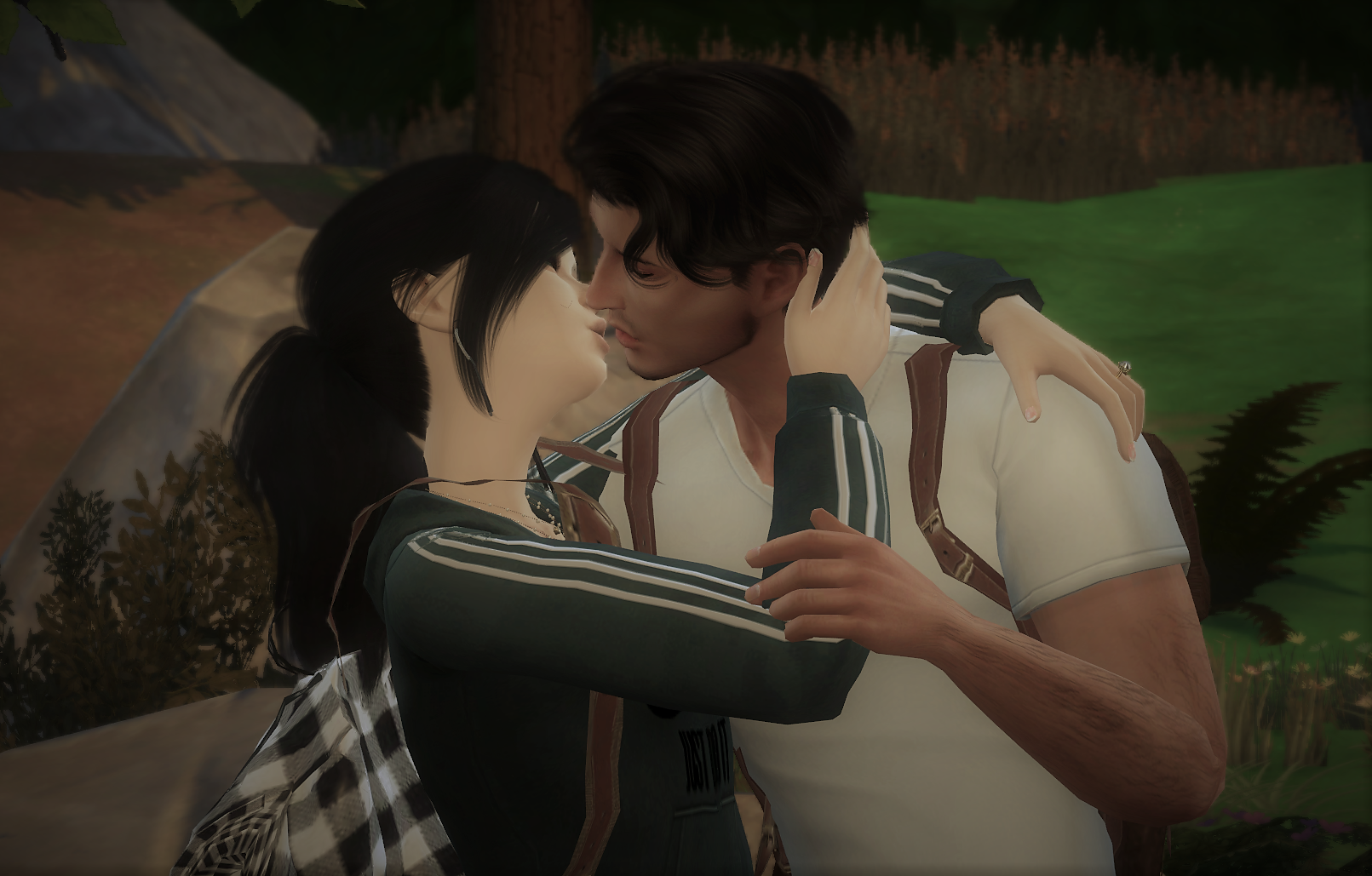 He seemed genuinely happy. Excited even.
Evey was too, generally, but could have waited a few more years. She was still not even sure she really wanted to get married. There was really no need for it nowadays.
But she definitely did not mind celebrating in style that night with KC. 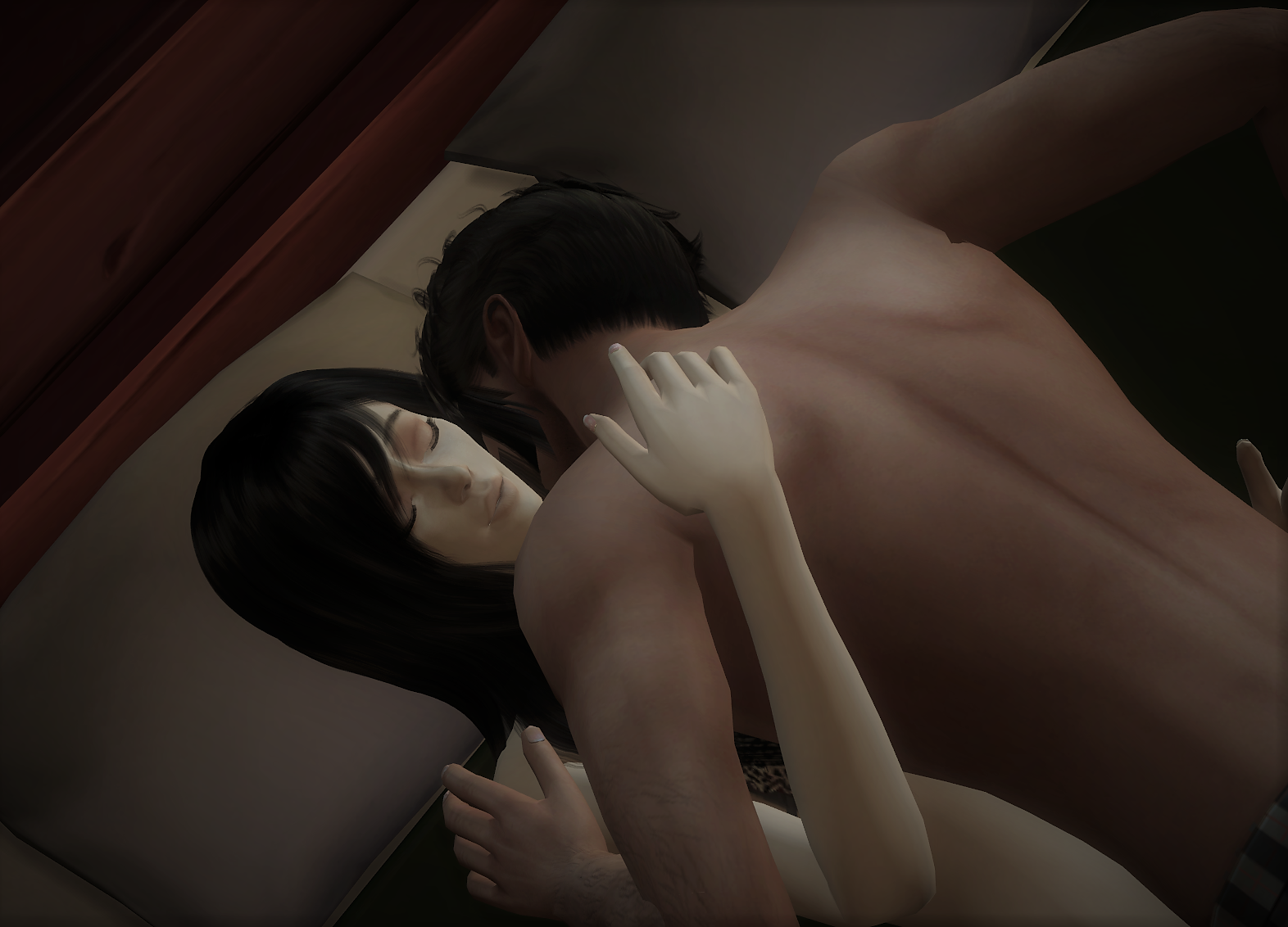