It had been weeks now since Heather’s collapse during Everleigh and KC’s housewarming celebration and there had been little if any change to her condition.

The experts determined that the child was still growing and that the mother was in a form of coma.

Besides that, nothing was known. Everything was up in the air.

She would be full term soon, her pregnancy was somewhat accelerated compared to a regular human or Old Breed vampire one, but not enough to warrant reason for too much concern due to the fact that Heath was a New Breed vampire. Luckily the hospital staff was much more concerned with the patient’s condition than the fact that the entire pregnancy was illegal. Presumably it flew under the radar as a rape by a New Breed, which was not uncommon, and Heath was treated like another vampiric friend visiting instead of the father.

Heath had no appreciation for the leniency, as he was not in a solid spot emotionally. He had largely withdrawn from everybody and mostly hid in his coffin room below the bedroom in his and Heather’s home. Liam, Leonie and Everleigh would be the only ones to visit him frequently, but he would barely speak, unless the topic was Heather. Even then, his responses were mostly reduced to one syllable answers.

During one visit by Evey and KC, whose new home was located basically down the street from Heath and Heather’s Newcrest home, Everleigh’s phone rang.

It was the hospital. Evidently Heather had gone into labor, without ever waking from her coma.

They drove a very reluctant Heath over to the hospital once it got dark where they learned that she had given birth to a little girl.

The hospital even bend the rules and allowed Evey to bring the newborn outside briefly for the father to see, but Heath barely managed looked at the baby.

He carefully touched the infant’s head, just for a second. 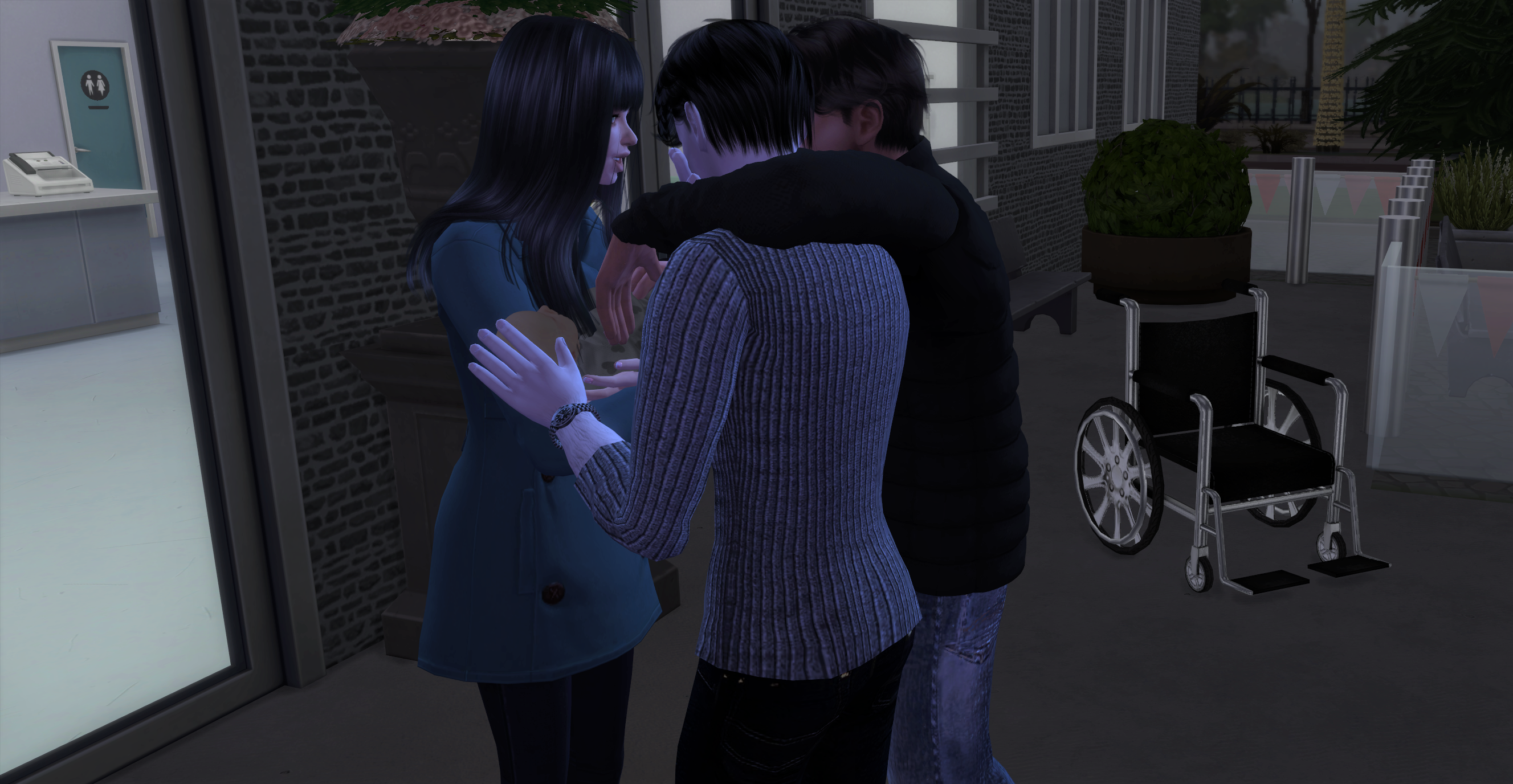 After another long, disconnected stare he turned and walked away, where he fell apart.

When Evey came back from returning the baby to station, she called him out on it, and he told her quietly that this baby was what took Heather away from him. He even refused to name the child. Once more the hospital allowed a grace period, based on the fact that the mother was in a coma and the father “unknown” for legality sake.

After several more days, this time Liam and Leonie were over at Heath’s, when the doorbell rang. Nobody other than Evey’s family ever visited Heath, so Liam answered the door, surprised to see Heather’s father.

Mr. Garland’s face was a stiff mask. Without much ado he came straight to the point, addressing Heath. 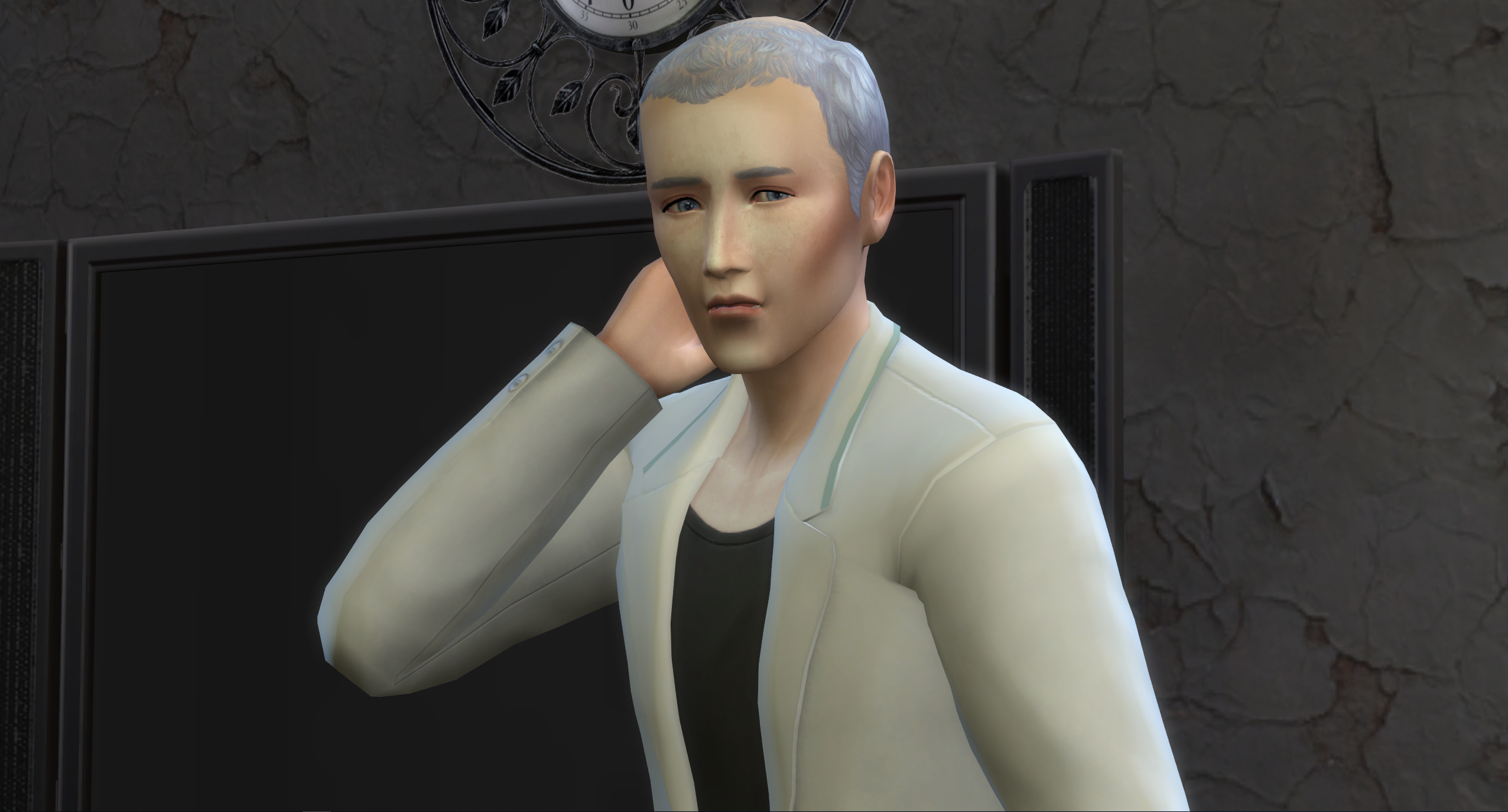 “Heath, son, I just came from the hospital. Had a long talk with Heather’s doctors about her prognosis and our options. Truth is, there is nothing left for them to try and she is not responding to anything they already attempted. They treated her for potential sepsis as a last straw, to no avail. Nobody knows what is wrong with her, but she is not improving. At this point all this is is torture, for everybody, so I made a decision and am here so you will hear it from me. I am taking her off life support. The day after tomorrow at two PM they will turn the machines off and let nature take its course.” it was obvious that the words did not come easy to the man.
“No! NO!” Heath begged, but Heather’s father remained unimpressed.
“Sorry, son.” he told Heath, wiping a tear from his eye. 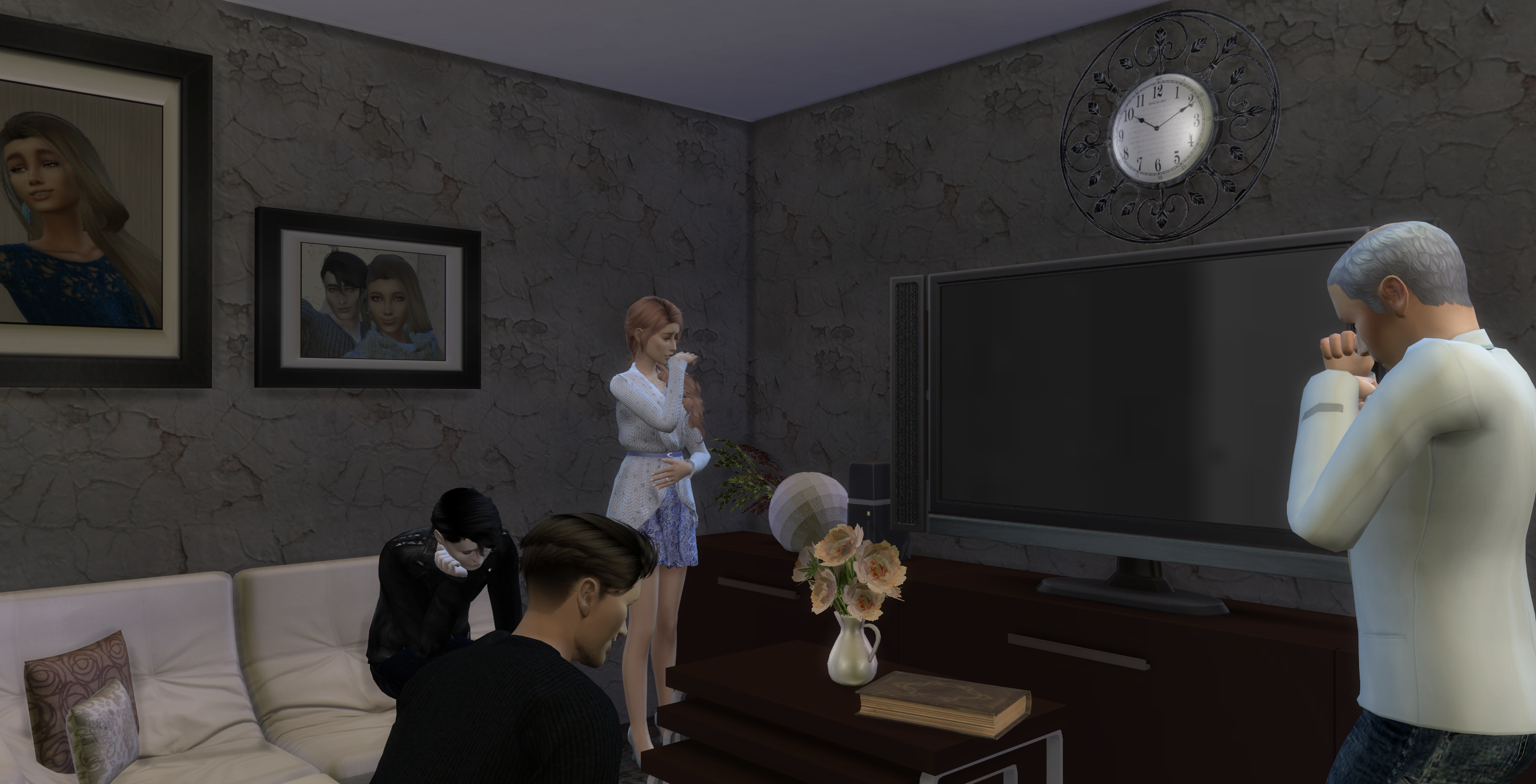 “I won’t let you do that!” Heath said to Heather’s father, who still faced him fearlessly.
“You won’t have a choice. Do you think this is easy for me? That is my little girl we are talking about. I know you do not know me well, Heath, not any better than I know you. But Heather and her brother are the pride and joy of my life. When my little girl came to me and first told me about you, a vampire, let alone a New Breed, all alarm bells went off. My first instinct was to do what any father would have probably done. But seeing her eyes light up when she talks about you, like I have never seen, seeing you two together, her beaming, after all the bad luck she had with men, it changed my mind. And then that pregnancy … they just told me you are refusing to visit or name the child. I tell you what, Heath. If you care about my daughter as much as you say, if you care at all, you get your act together and be a father, for the little girl, your daughter, my granddaughter, and do Heather proud. She may well end up giving her life to have this child with you, that baby was all she wanted, well aware of the dangers. Make it count!”

“Sir, with all due respect, but you have to reconsider. Please.” Liam addressed Heather’s dad.
“I am sorry, who are you?”
“My name is Liam Cameron, I am basically like a father to Heath …”
“Tell me, Mr. Cameron, do you have a daughter?”
“As a matter of fact, my wife and I have two biological daughters. And two biological sons. Then two adopted daughters, we took KC and Heath under our wing when they were still teens and now are fostering a baby boy.”
“Christ on a bicycle! You must be insane or filthy rich! And have nerves of steel.”
“All the above. My wife and I would never give up on our children. Never. Give Heather more time. And if you are so willing to try everything, see if you can get the hospital to agree to let Heath see her. I may work wonders.” 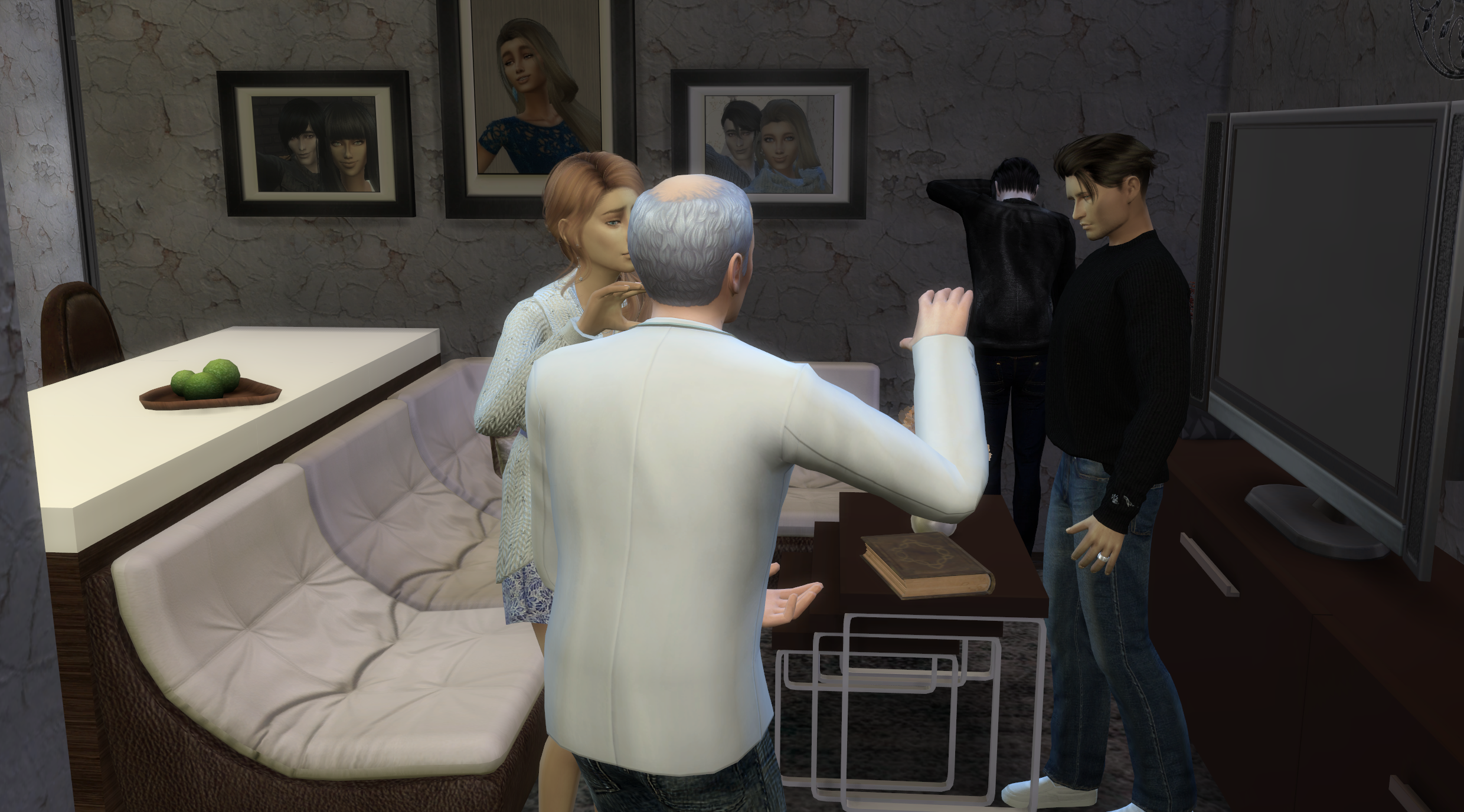 “Mr. Cameron, I understand your take, and until recently I was still there too. But you do not sit at either of your daughters’ hospital beds day by day watching your beautiful girl fade away more and more and turn into a ghost of her former self. Machines breathe for her, feed her, keep her clean. My daughter was a dreamer, but also a doer. She was not one to lay and wait around, if she could choose, she would not choose this.”
“Mr. Garland, I am Leonie, Liam’s wife. As a mother myself, I guarantee you that I would want a chance to keep fighting to be with my baby. Heather would not want you too take …” she was interrupted by Heather’s father. 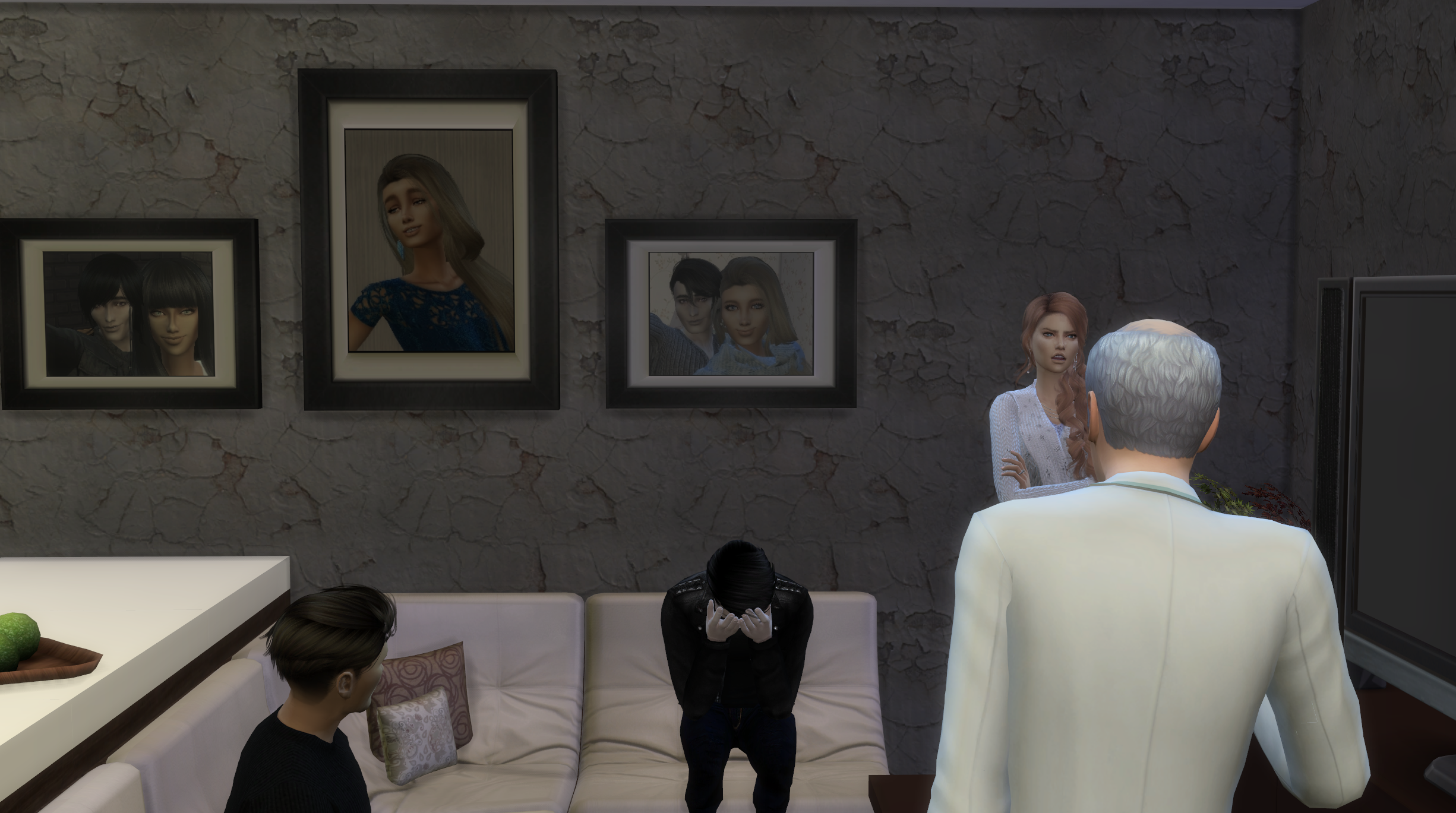 “I am sorry, truly I am, to all of you. But the choice has been made, the documents signed. I have to take my wife home now and take care of my son. Heath, I am not one for threats, ever, but especially not now, but if you do not pick up and take care of my granddaughter soon, I will. But if you make me do that, I will refuse to let you see her once you come to your senses, if you abandon her now. That baby needs her father. NOW!” he breathed a brief goodbye then left.
Heath looked on stiffly and in shock until Leonie stroked his cheek.
“Sweet boy, he is right about the baby. She needs you.”

The very next day Leonie went with Heath to pick up the baby, after Heather’s father signed a release form. Heath sat wordlessly in the car on the way back to his home, staring at the baby carrier.
Once at home he still only stood and stared at the baby, until she started crying. Leonie picked her up and began feeding her, Heath looking on.
“Would you like to try?” she smiled encouraging.
He shook his head and left the room.
Persistently Leonie tried to get Heath to at least hold his child, which he kept refusing, until finally Leo caught him staring at the crib, when she took Heath’s finger and just placed it near the baby’s tiny hands, who wrapped the little fingers around it.
Heath winced like a bolt of lightning had hit him, but stared in awe, then suddenly something changed in his eyes and he looked up at Leonie.
“So … firm … for such a tiny creature.”
“Not a creature. Your child, Heath. Your flesh and blood. And Heather’s.”
“Heather …”
“Yes, she is in your daughter, too. Do you want to hold her?”
“I don’t know how …”
“I’ll show you.”
Leonie placed the child into Heath’s arms, who smiled for the first time in weeks.

Leonie smiled satisfied. Her plan had worked. This little girl may have to be without her mother, but at least she would have her father.
“Abigail …” he mumbled.
“Is that what you want to name her?”
He nodded.
“Abigail Grainger.” he said more firmly now, then kissed his daughter. 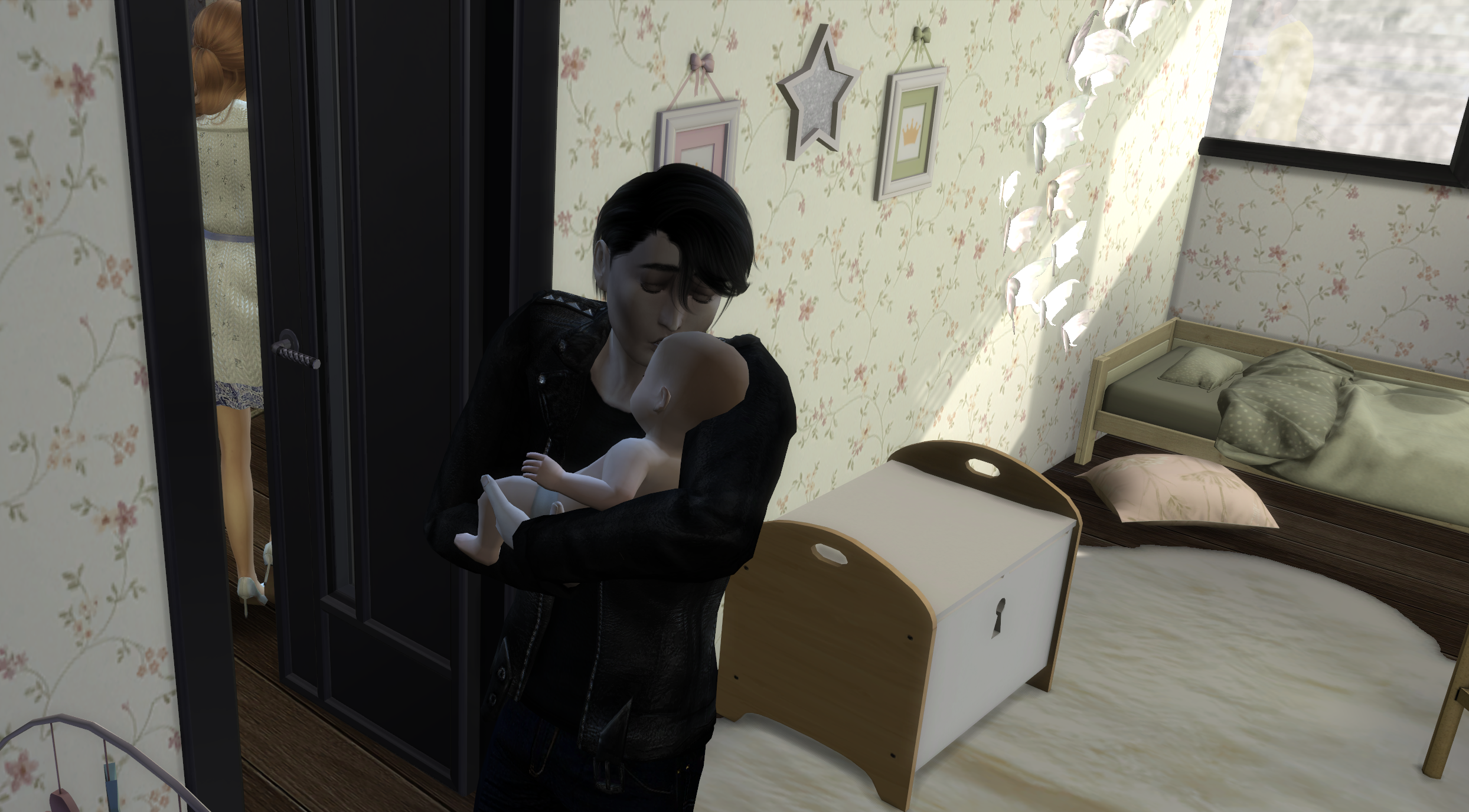 Heath sat in the dark room beneath his and Heather’s bedroom, staring up at the clock. It was about to turn two o’clock. Each tic and toc of the large hand felt like a strike with a whip to him.
Each single click was torture as he sat hoping for the time to stand still.
Today was the day they were going to turn off the life support for the love of his life and there was nothing he could do about it.
Tic Toc.
Two.
Heath closed his eyes. 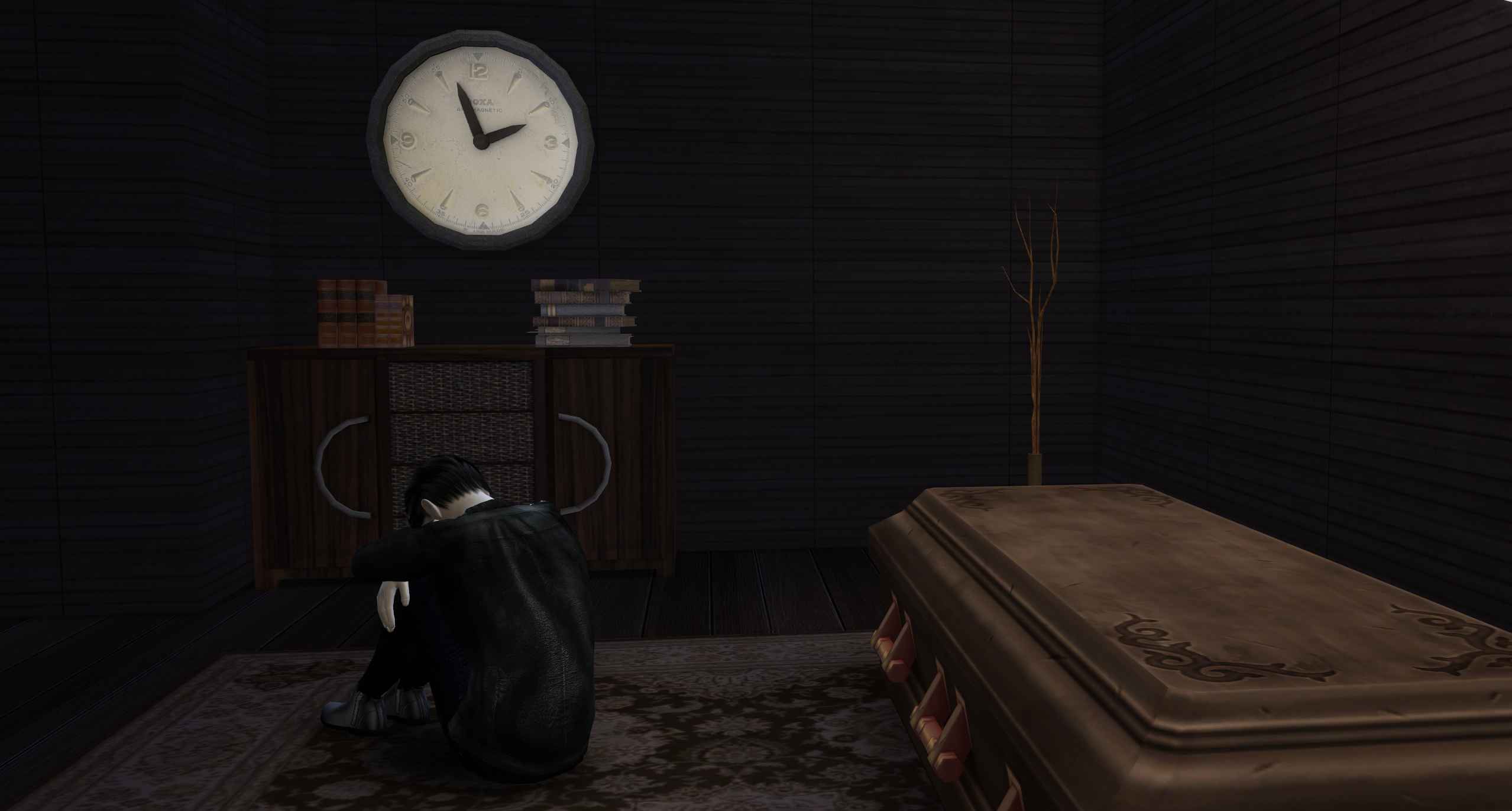 3 Replies to “Heath’s Story) Out Of Time”