The wedding was over. The night was almost over by the time everyone went home. Everett and Katie skipped sleeping and instead double-checked all the details and their packing for the honeymoon, which would start bright and early in only a few hours from now.

Naturally they were not as efficient as their efforts were interrupted by snuggles, cuddles and more, both lightly intoxicated by the wedding and the alcohol from the many toasts by all the family members and friends.

Talking about funny moments at the wedding. 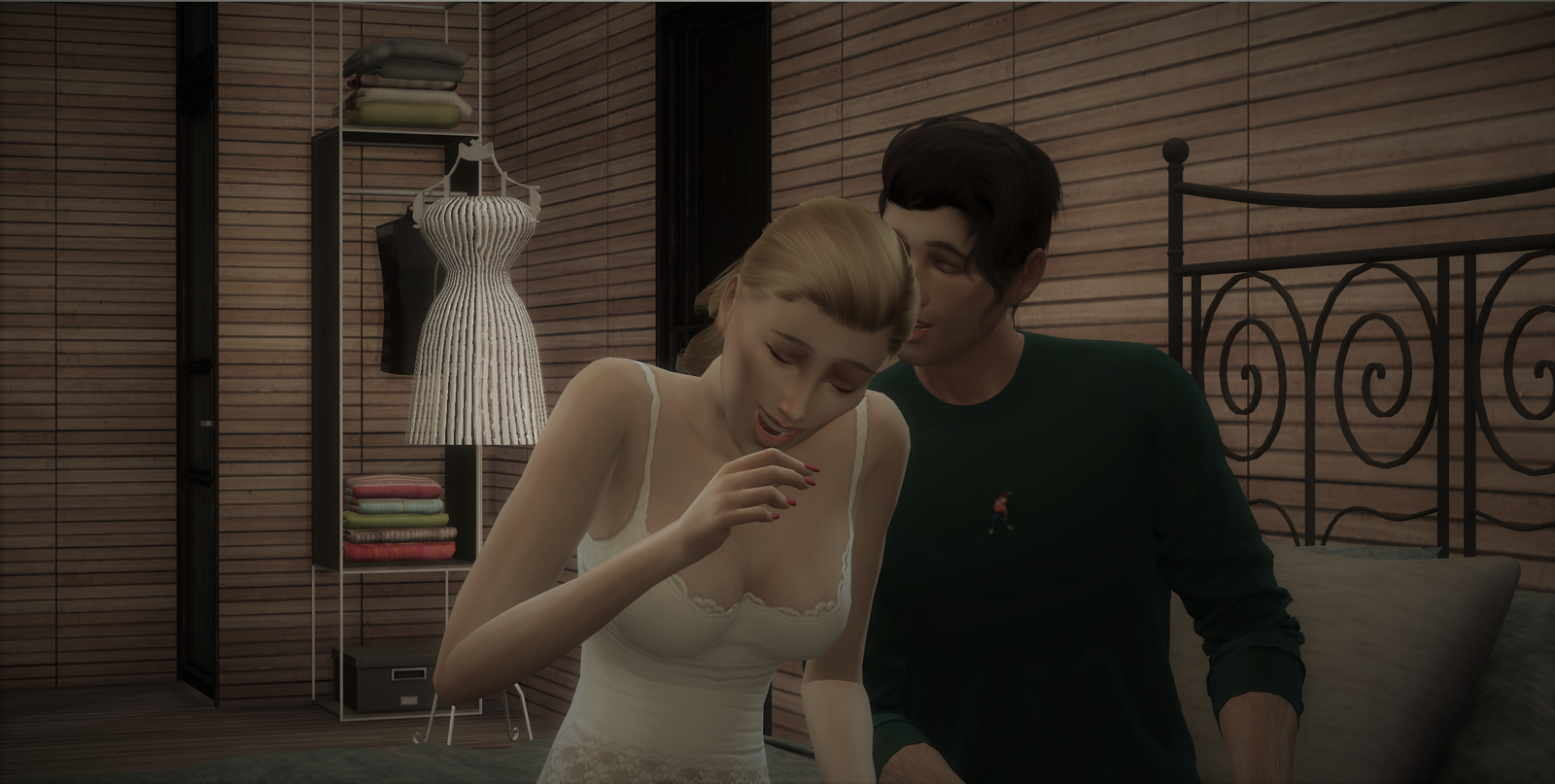 And romantic ones … and everything in between. 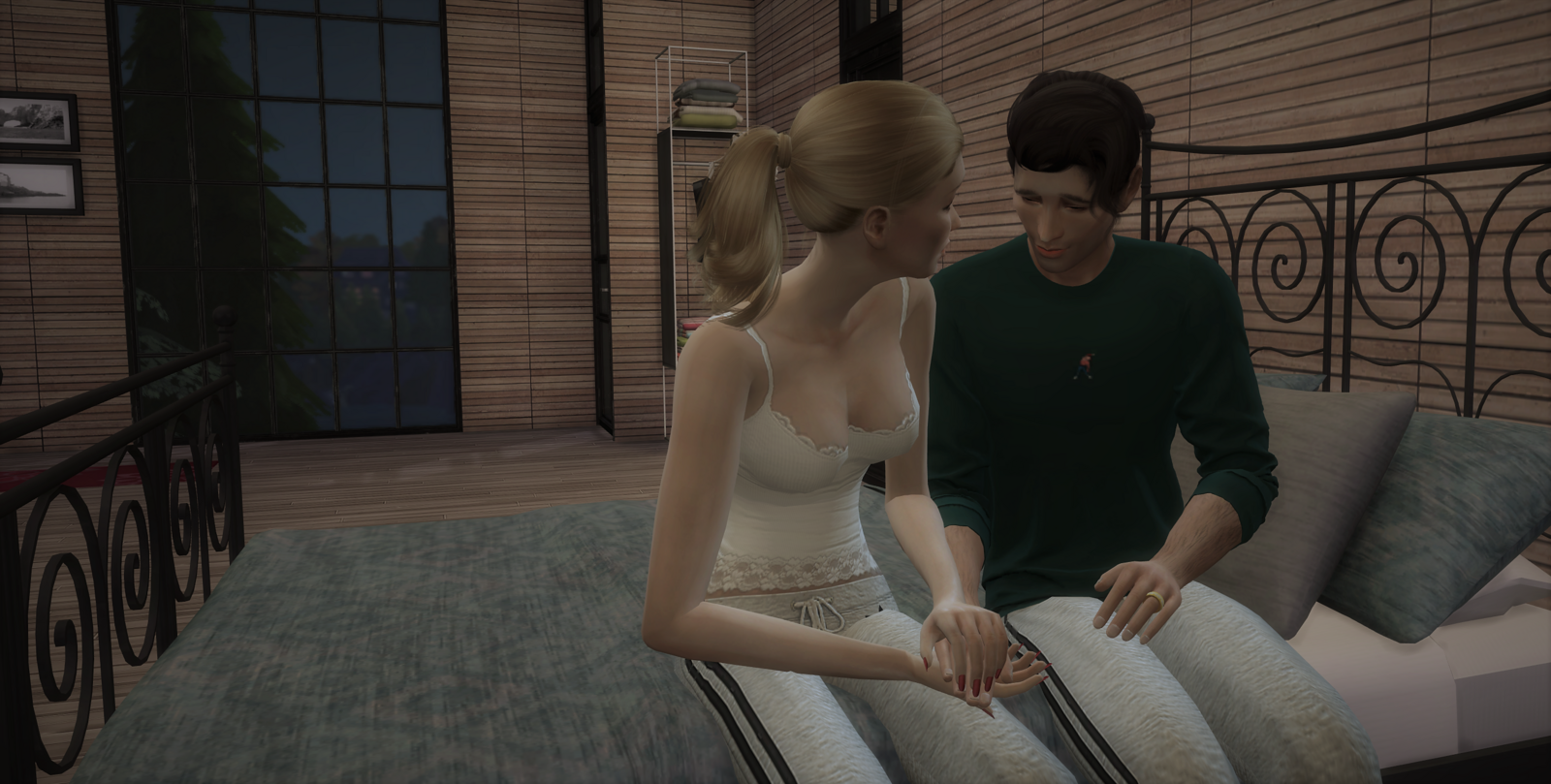 Then the alarm they set went off. Time to get ready and head downstairs. 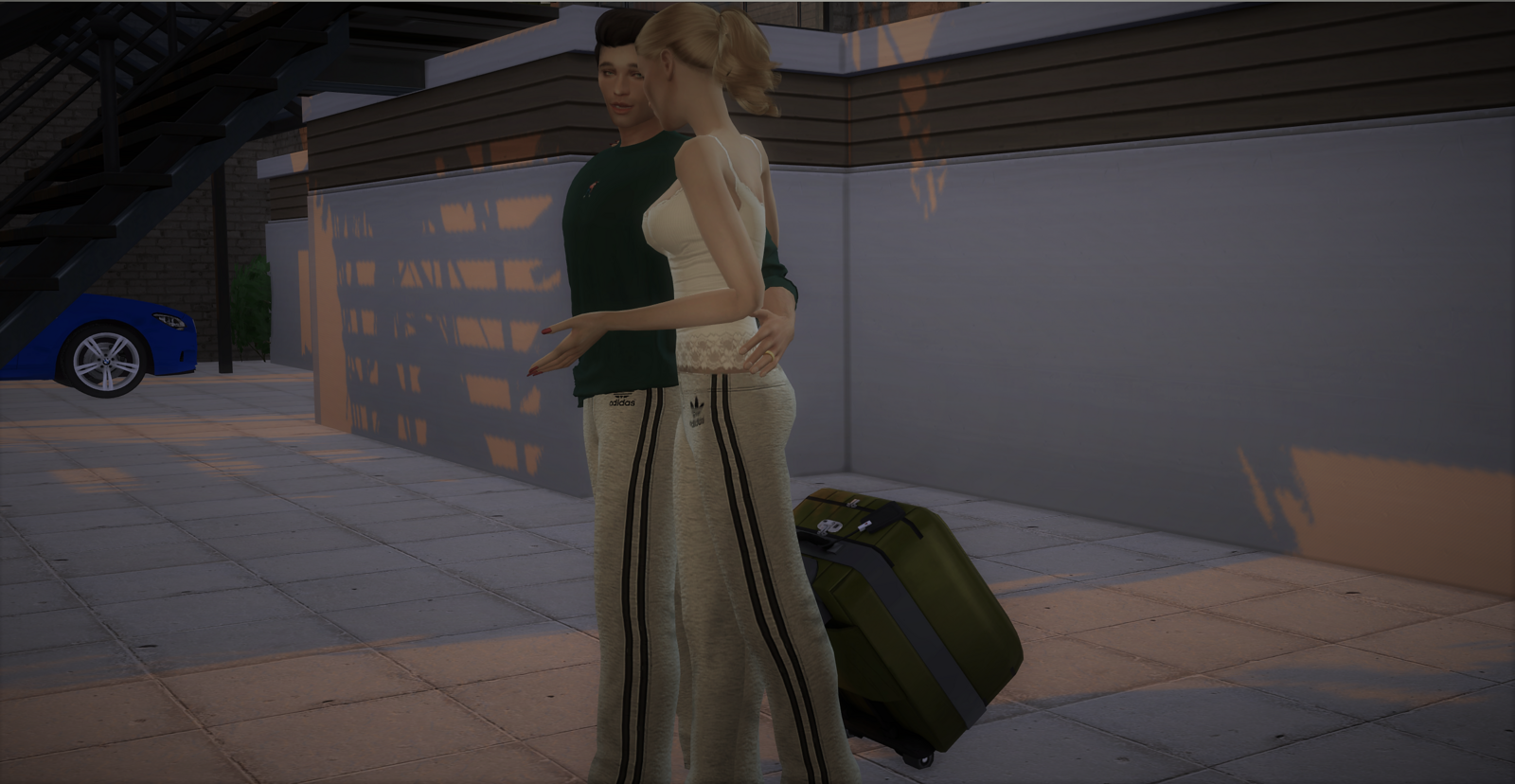 Only minutes now until the pre-scheduled taxi would be here to take them to the airport.

They waited still cuddly and kissing, still drunk with anticipation, love and overwhelmed by it all.

Luckily the cab driver was a patient man, taking the horsing around of two newlyweds in stride.

Everything was a pleasant blur to both and before they both realized it, they had arrived. The trip took hours, really, but both were elated and just not very keen on anything but each other.

Katie had been to a different spot before, so this was new to both of them. They were like little kids, giggly and excited as they checked out their home for the next week.

It was different, but romantic as they let the long day of travel ring out on the terrace together.

…before putting the bed to the test.

Over the next days they took in the scenery, the scents, danced, ate the local food, had fun with the local population and went on hikes. 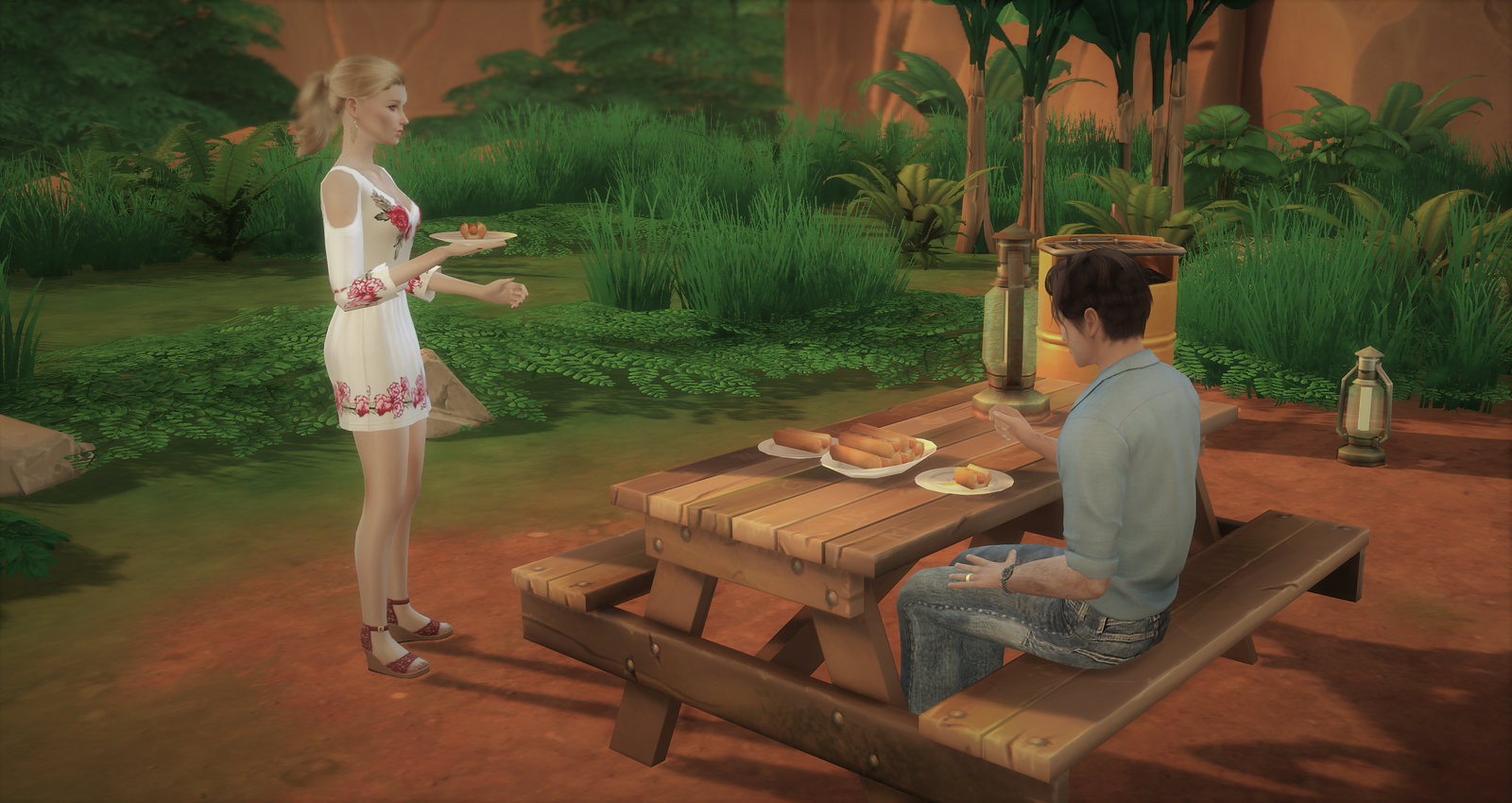 They had a fun time at the simple, but interesting restaurant/bar.

Food, drink and entertainment was captivating.

And they made love. 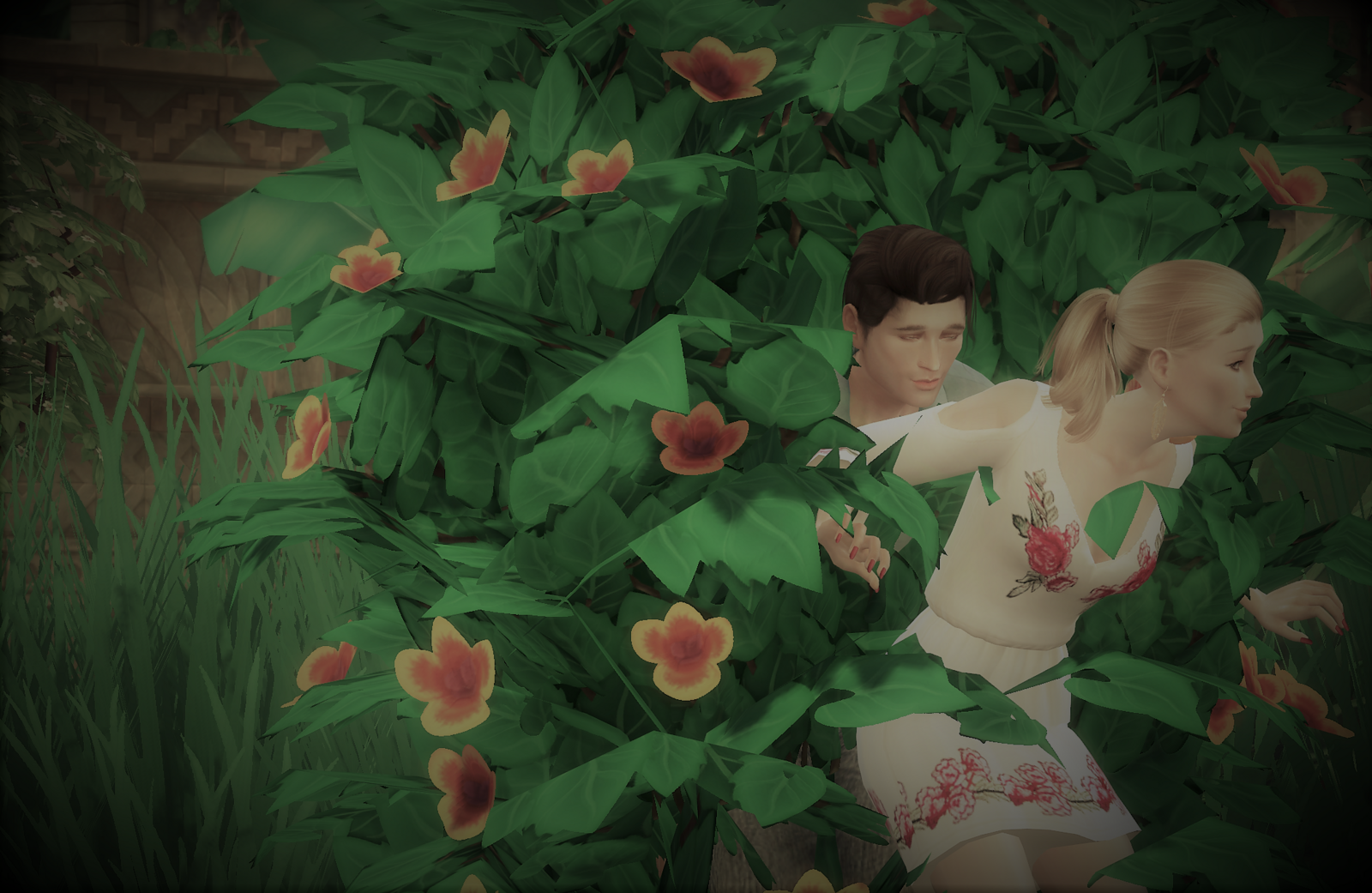 Lots and lots of it. 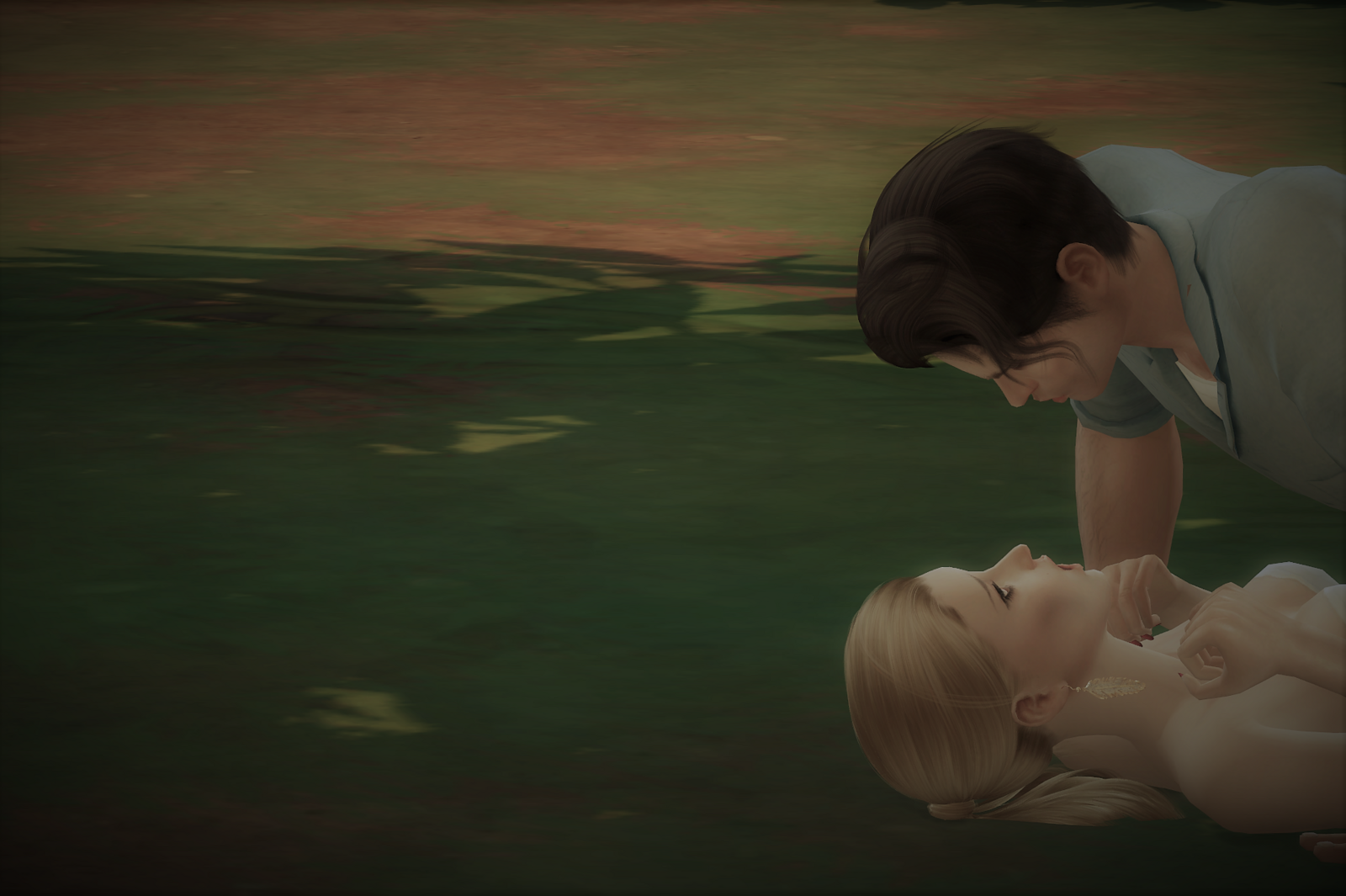 Here, there and everywhere. Sometimes slow and easy, something wild and crazy.

It was a honeymoon after all.

And then the week seemed to have flown by. 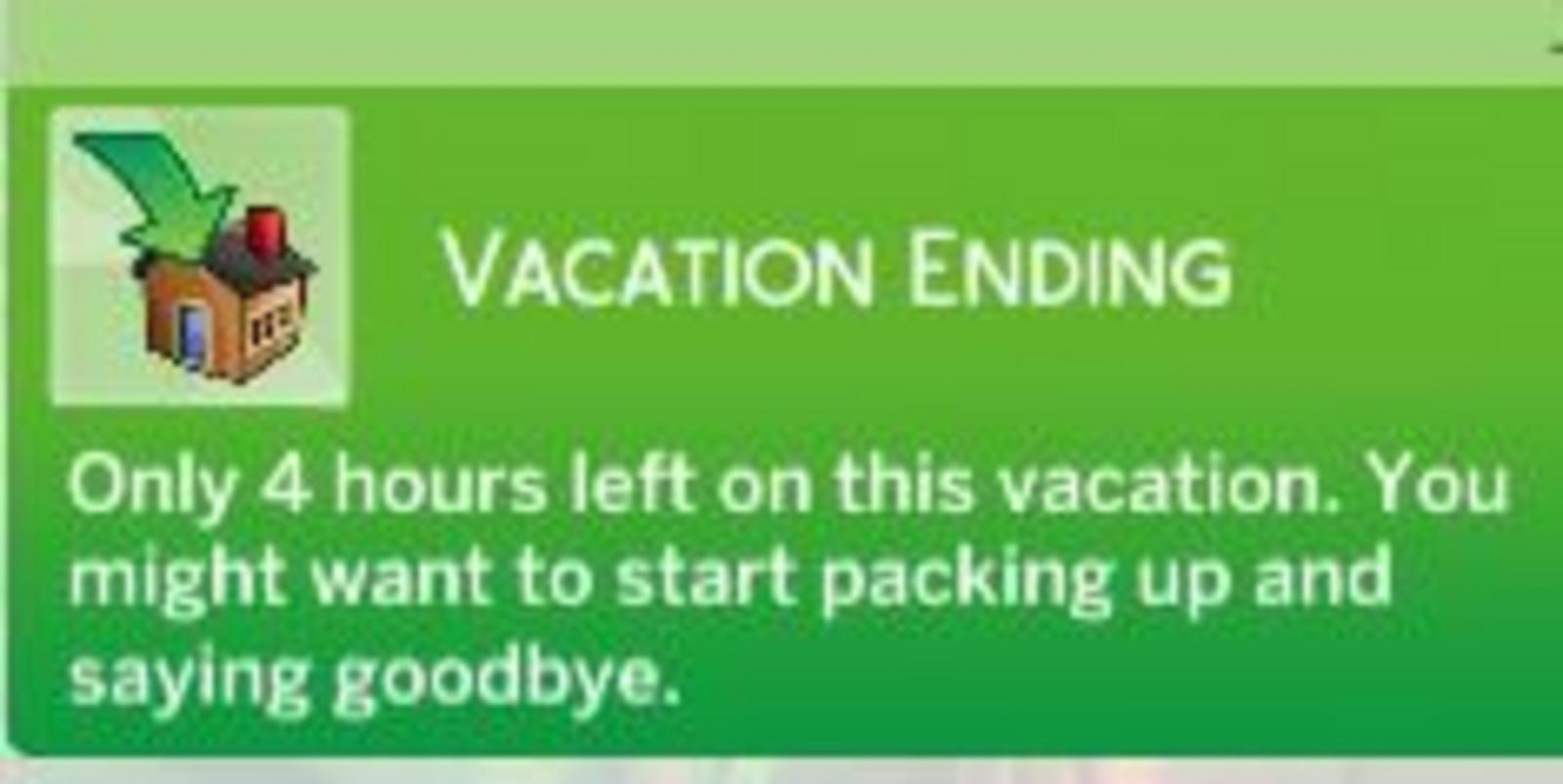 Both felt as though they had only just arrived, when it was time to pack again.

This time the flight seemed longer, bumpier, more uncomfortable and even kept making Katie nauseated.
All the way home. Again and again. It got better, then it was back.

When they finally had been dropped off at home, she still felt nauseous.

Rett insisted on carrying her across the threshold. Again. Like the night after the wedding. And in Selvadorada. Every day. Katie felt a surge of emotions of a sudden. What a sweet man. Her eyes welled up as his eyes caught hers, his were beaming, seeming even more bright and crystal green than usual. What an usual and beautiful shade. Wait, what is wrong with me? Since when am I THIS mushy?! Katie thought. 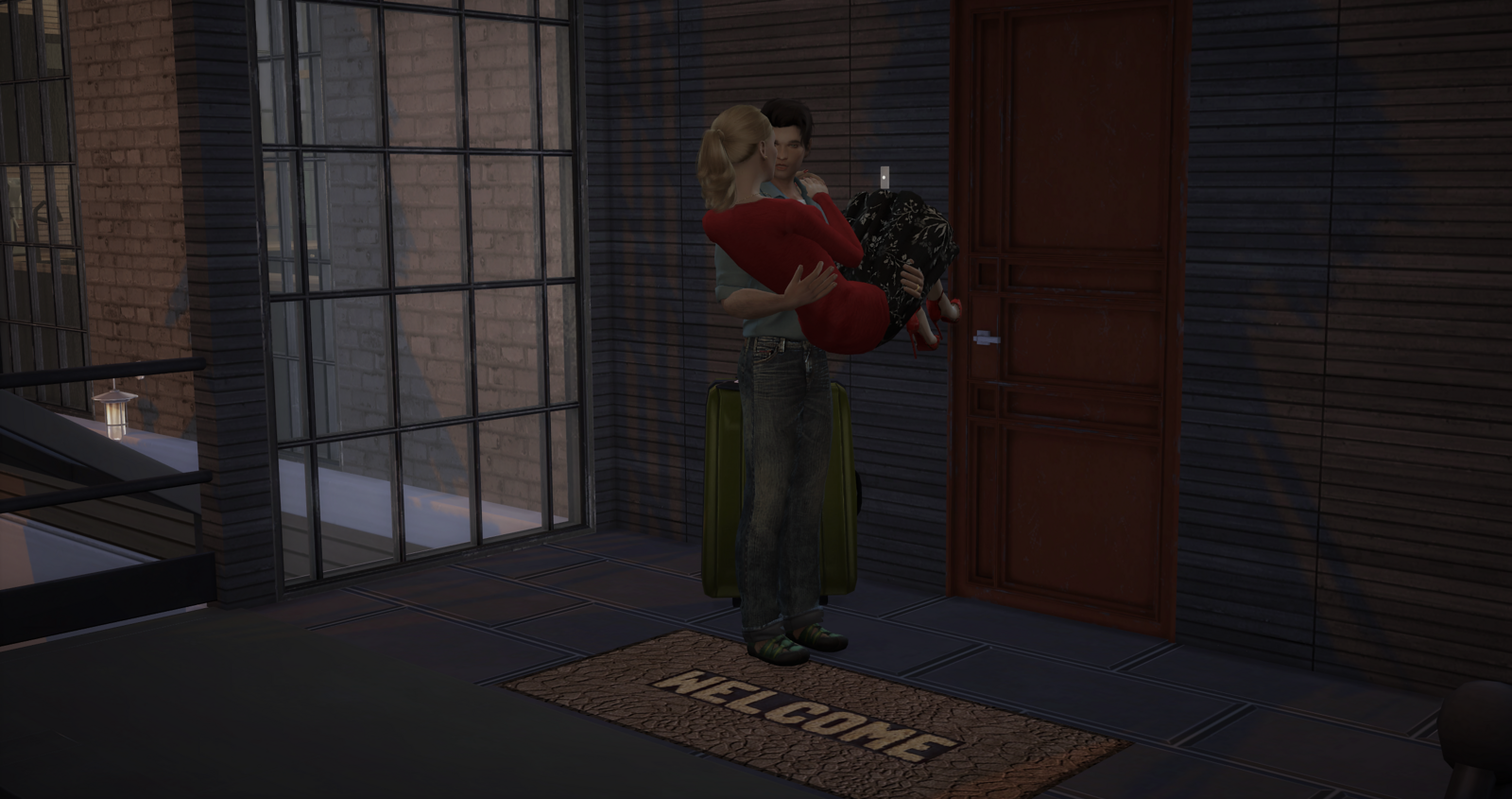 All the excitement finally caught up with both, too tired to function all of a sudden after a quick shower – together – they fell into their own bed at home, exhausted and went right to sleep. In each others arms.

Katie woke up some hours in, violently ill.  Again.

After several times of having to get up to throw up, she gave up on sleeping, took a shower and got dressed.
And threw up again. 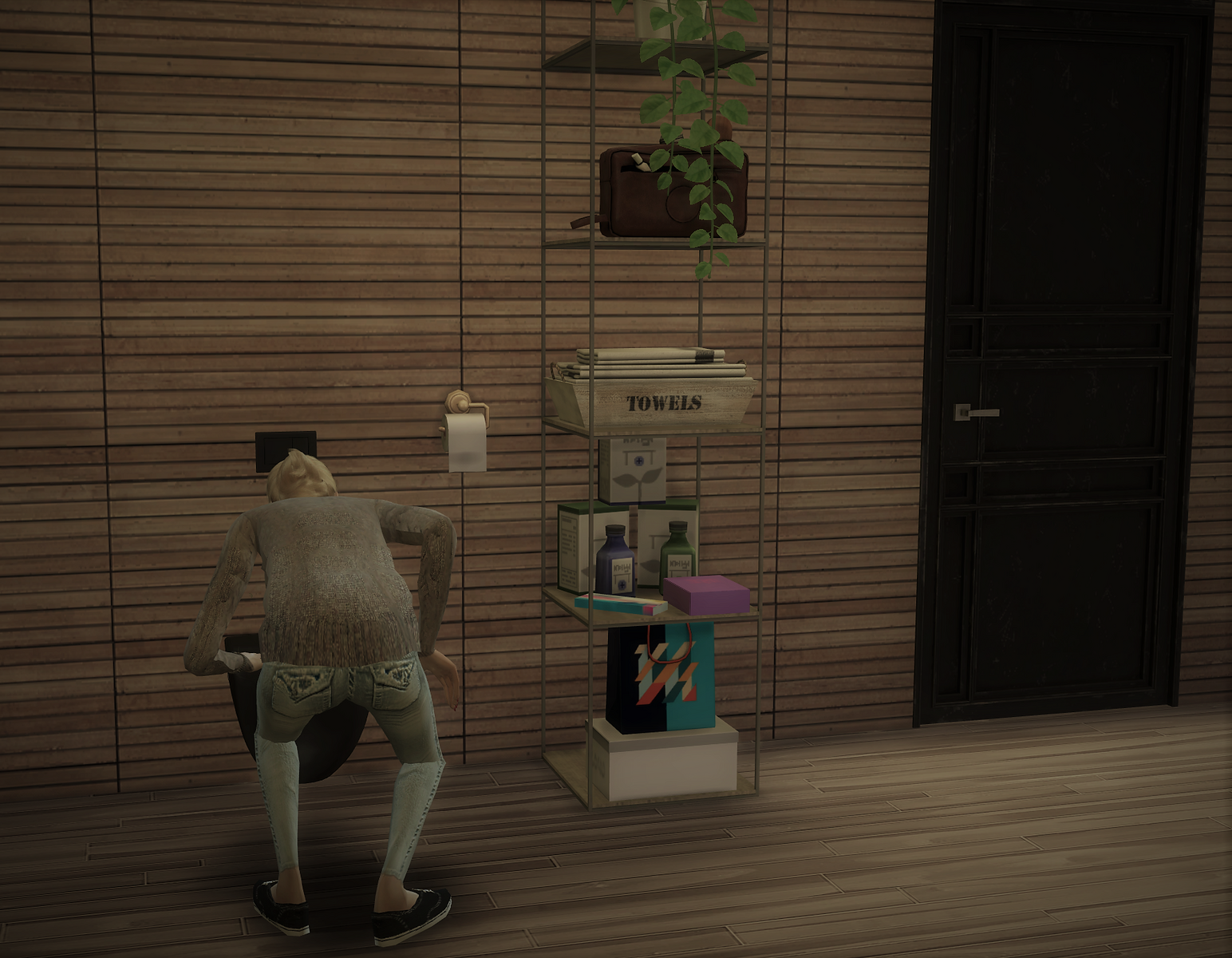 Damn jungle! she thought as she was running for the bathroom, throwing up again.
Looking at herself in the mirror while brushing her teeth, something else dawned on her.

“Uh oh …” she told her reflection in the mirror.

So she dug in the drawers for that box Rett had once bought for her, found it and inhaled deeply.

“Ok, let’s do this.” she told herself encouraging.

She sat back down on the toilet, read over the instructions, then administered the test.

It felt like hours to Katie until finally the time was up and the display began to show the result.

After looking at it she went on a roller coaster of moods, finally settling on happy and excited. 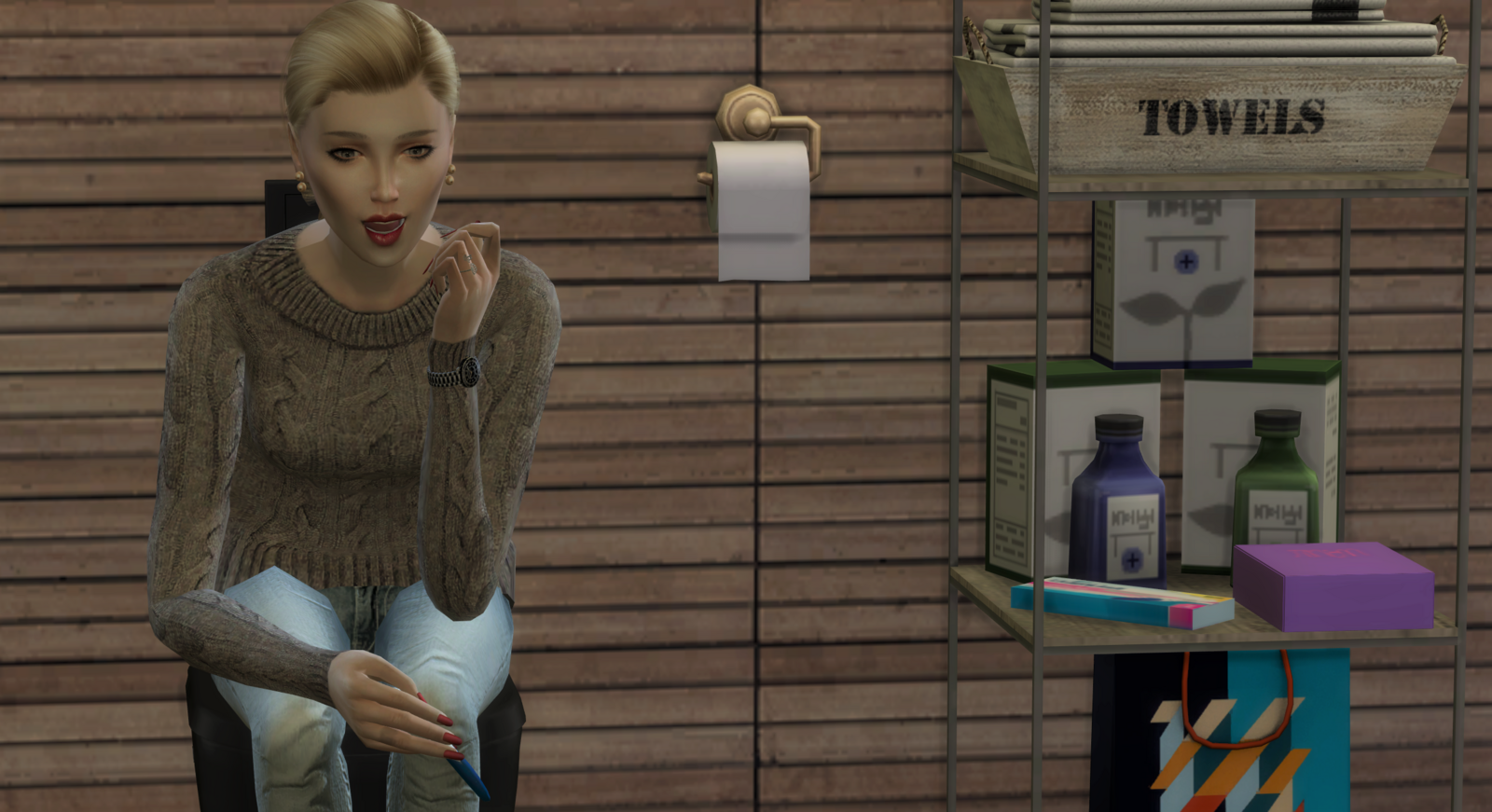 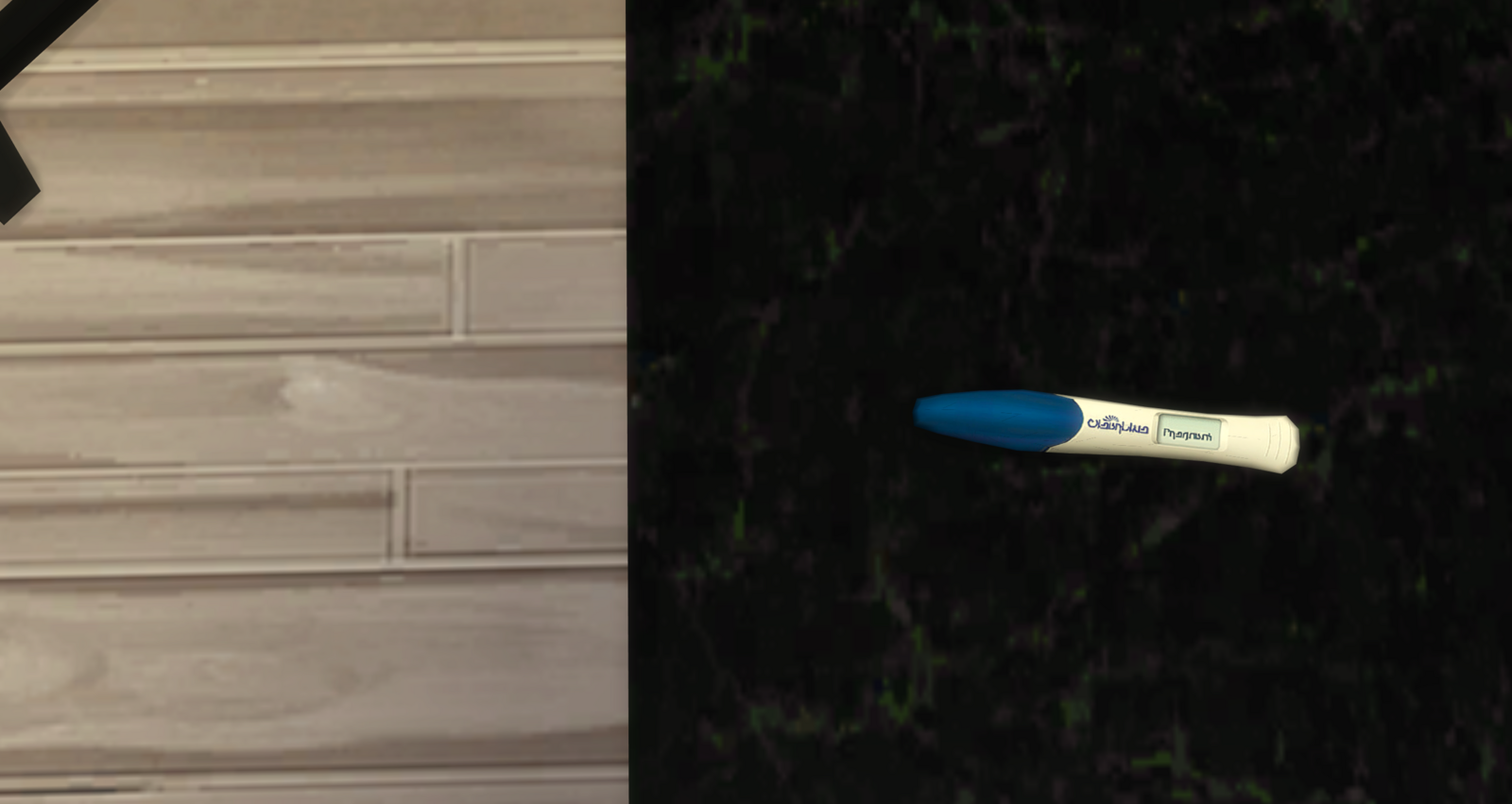 “Finally you sleepyhead!” Katie greeted Everett when he made it downstairs to the kitchen several hours later. She watched him yawn from her position at the counter island, coffee in front of her. And something else. Everett did not even notice it when he kissed her.

“How long have you been up?” Everett asked drowsily, his eyes on her, but briefly on the coffeemaker.
“Hours! I have something to tell you.” she slid off the barstool and let him pull her into an embrace.
“Hopefully something good. Not ready for real life and bad news yet.” he said.

“Well, depends on you, DADDY.” Katie smirked, pulling away from his to see his reaction.
“What depen … wait … what? Are you serious? You mean…?” 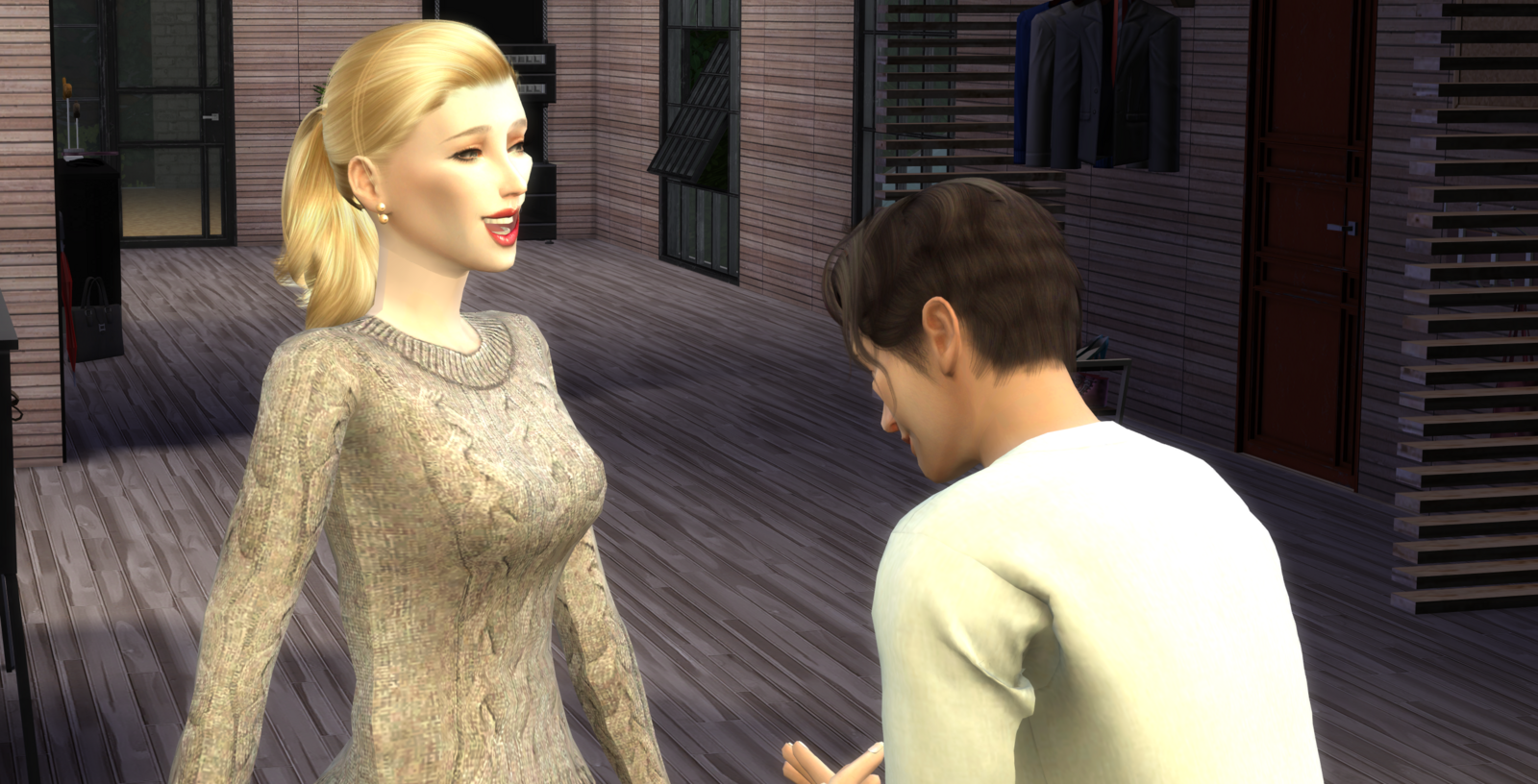 Katie nodded, as he pulled her back into his arms, kissing her.

“That is GREAT news! I am so happy! Oh baby, we are going to be a family!”

Eventually they decided on coffee and for him to call his mother and father.

Katie instead texted Everett’s sisters to meet her for brunch. She liked those girls, they had become more like her own sisters in the meantime – and both were expecting as well. Natalie would have her baby soon, Brianna was at the end of the first trimester now.

They met up at the ‘Pesce di Volo’ a favorite of the Cameron’s when they did not want to dine at Brianna and Deacon’s restaurant. 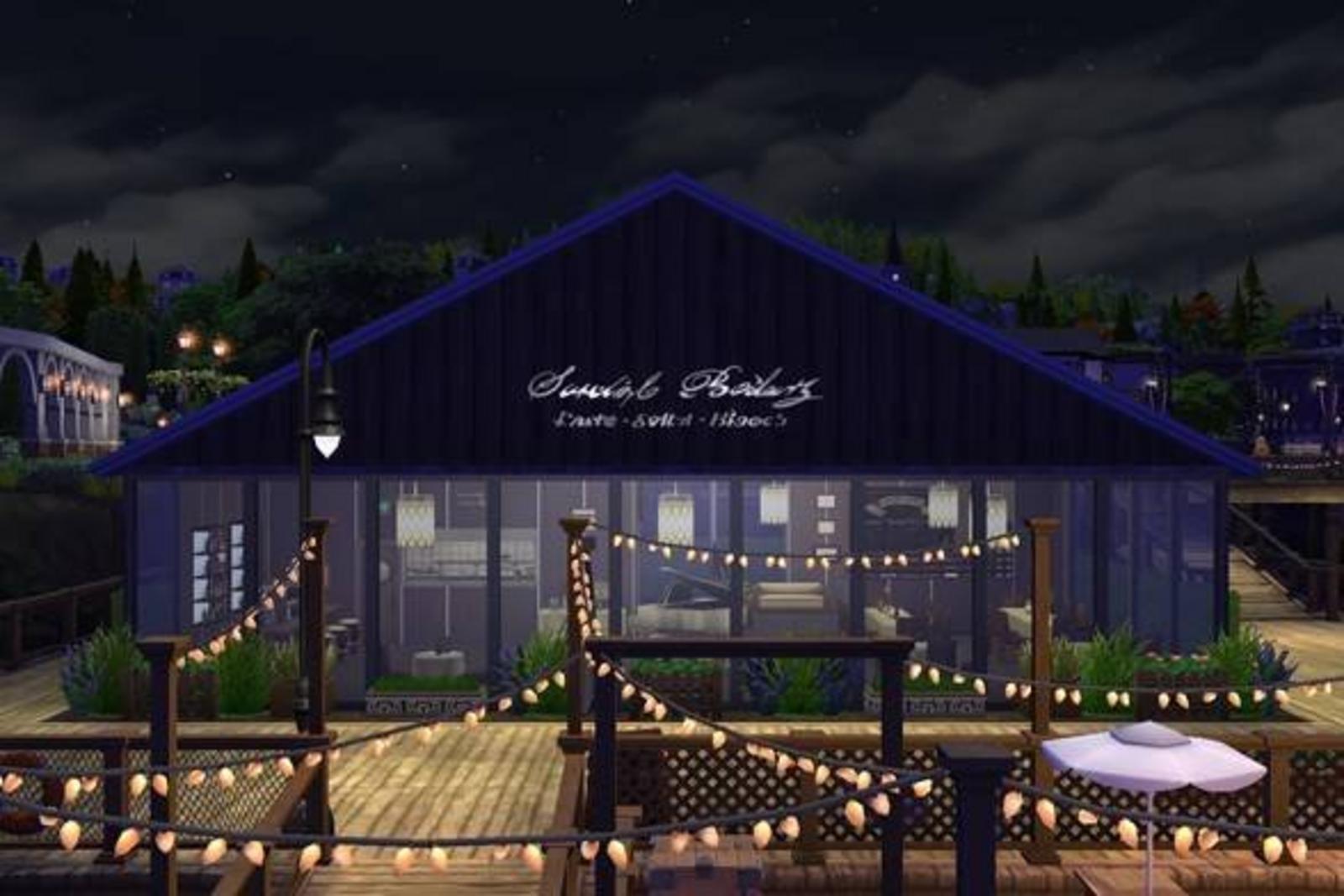 Once seated and the usual small talk was done with, Katie dropped the news.
It really felt like telling her girlfriends rather than sisters-in-law.

“Soooooo, was this planned or an accident?” Natalie asked carefully.
“Neither. When we set the date for the wedding, we had a talk. Both of us had read that on average it takes about one year to conceive after stopping birth control. So we stopped it to let fate make the decision. We never actually tried for a baby, just … you know just did THAT activity for fun, no ovulation schedules or anything special. Evidently fate was really quick on the draw. But it’s all good, we are excited and ready. ” Katie said smiling.
“Yeah, I figured when you guys showed us the house and there were two empty rooms…. so two, huh?” Brianna winked.

“Oh no. One baby. Total. Ever. We still both agree firmly on that. Once this one is out, we are both getting fixed. The other room is a guest room. Or will be whenever we get the time to shop for furniture and decor … oh dang! We HAVE to shop for furniture now …”
They all laughed.
“Rhys and I will definitely have another once I get this one out of me. Ugh. I am more than ready for this little boy to be born!” Natty moaned.
She had gotten so big, her due date was near.

They knew they were going to have a boy. One. Even though Natty looked big enough for twins.
“I am not sure that we will have more after this one. Deacon and I are SO busy with that restaurant, wondering how this is supposed to work out … and ours was DEFINITELY the Cameron curse … we did NOT plan on this, not yet.” Brianna grinned.
“You KNOW mom and dad will be there – and me too, right?” Natty told her.
“Yeah, but you all live here in Brindleton Bay, we live near the restaurant. So either way, it’s a bear of a commute.” Bree countered.

“Mom and dad won’t mind. They remember when grandma and grandpa drove out all the way to downtown San Myshuno every single day when Rett was little. I cannot even imagine. No wonder he is still so crazy about them. Sorry Katie…” Natty gave her the same look her mother Leonie had, soft, compassionate, kind. Natty really was a carbon copy of her mother with her father’s chin – and the Cameron signature light green eyes.
“No, you’re right. I am wondering if we should name the kid after either of them…” Katie said.

“Bad idea! Grandpa had a son from a previous marriage named after him and hated that fact with a passion. No name recycling …” Bree told her shaking her head.
“We could take bets on what you two will have, boy or girl .. or one of each?” Natty laughed, while ducking pieces of bread thrown at her from the other two.
“NO! ONE! Not even funny!” Bree protested.
“SAME!” Katie agreed chuckling.
“I wonder whom they all will favor. Think any of them will have the Cameron eyes?” Natty now pondered.

“Well, I am out. I have mom’s turquoise eyes and some weird mix of hair color, dad’s dark brown and mom’s strawberry blonde made me THIS. And Deac has stunning baby blue peepers. No way that can turn into light green. Up to you two to continue on the Cameron eyes. I think Katie’s kid will look like Rett. And yours .. hmmm … Rhys has brown eyes right?” Bree addressed the last part at Natty.
“Seriously sis? Nope, my beautiful hubby has blue eyes, deep and dark like the ocean …” she said with that gooey look in her eyes, making Bree roll her eyes.
“Oh jeeze. Sorry I never took that moment with Rhys to get lost in his ocean-blue eyes… pretty sure MY hubby and you wouldn’t exactly like that too much.” she laughed.

“You can stare at him all you want, as long as you keep your hands to yourself.”
They all joked on like that until it was time to leave.

But it wasn’t long until they would meet again, as Liam and Leonie invited Vivian out and had the entire Cameron clan meet up for playtime in the park. It was good times, silly and fun, everybody let loose. 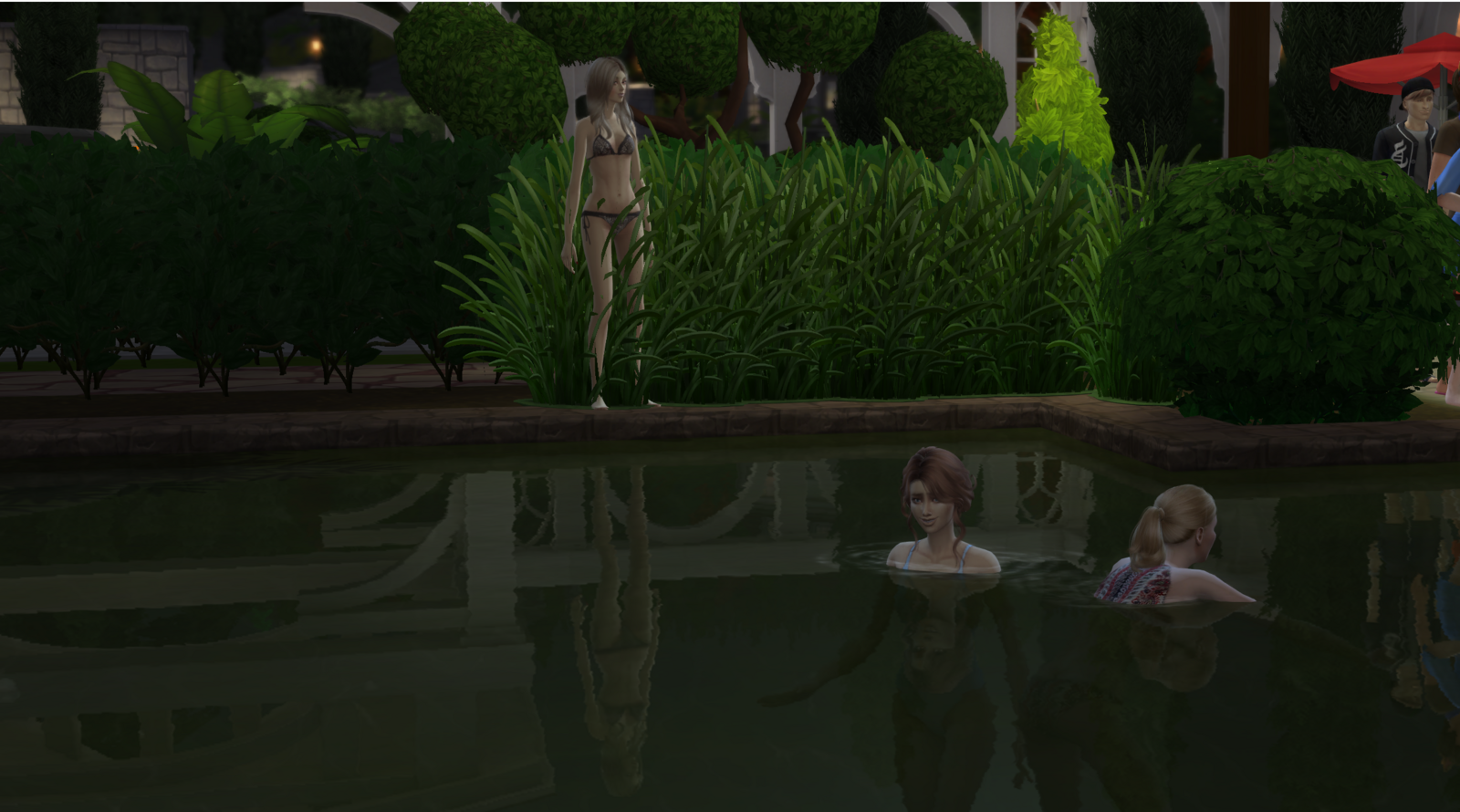 Some forgot their age .. but it was too much fun to pass up competitive swinging with Jake, Everett’s younger brother.

When it got too dark they went for dinner at Brianna’s restaurant.  As usual, it was noisy, it was crazy, but it was filled with love.

Once back home, after a bathroom stop Katie looked at herself in the mirror and told her stomach

“Yeah, we got this. You will be all right little one. This family is going to be there for you, rain or shine. You won’t have to suffer like your mom, and I will always protect you, as will your daddy and the entire crazy rest of them.”